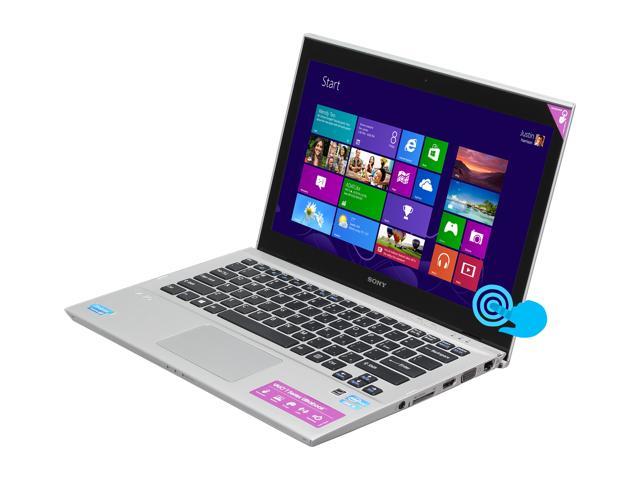 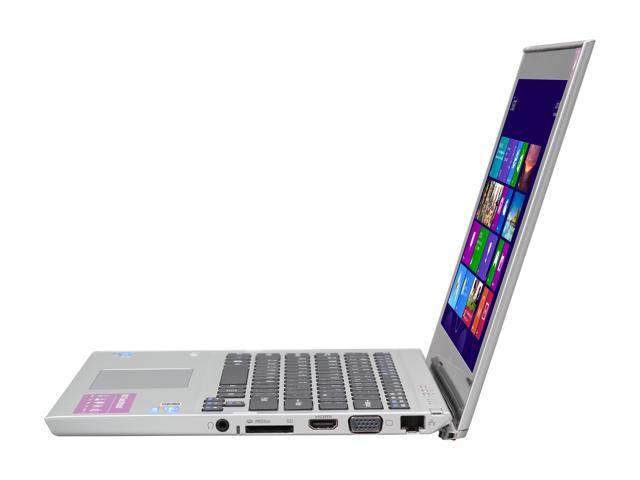 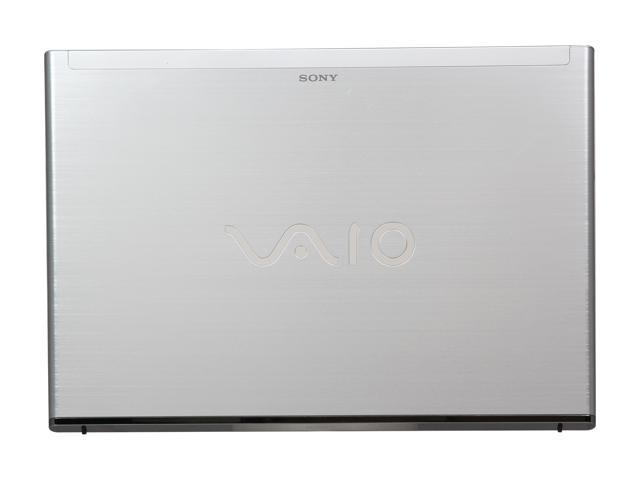 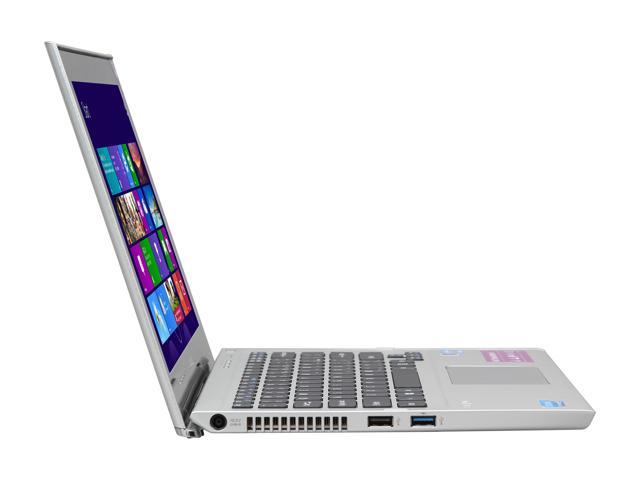 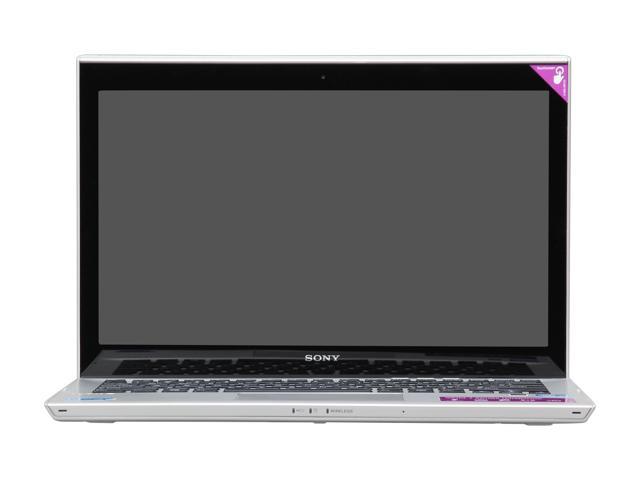 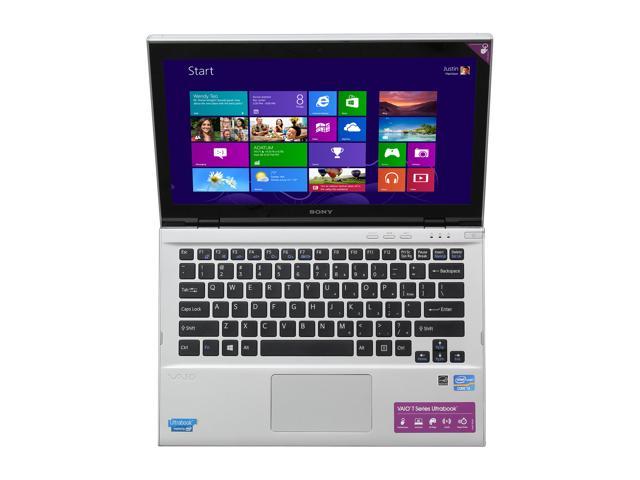 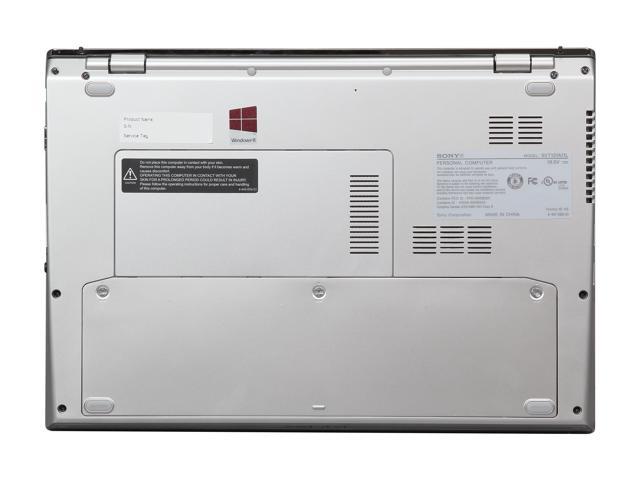 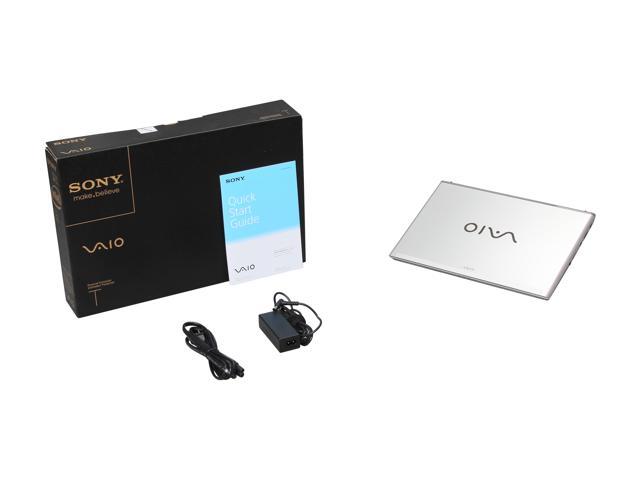 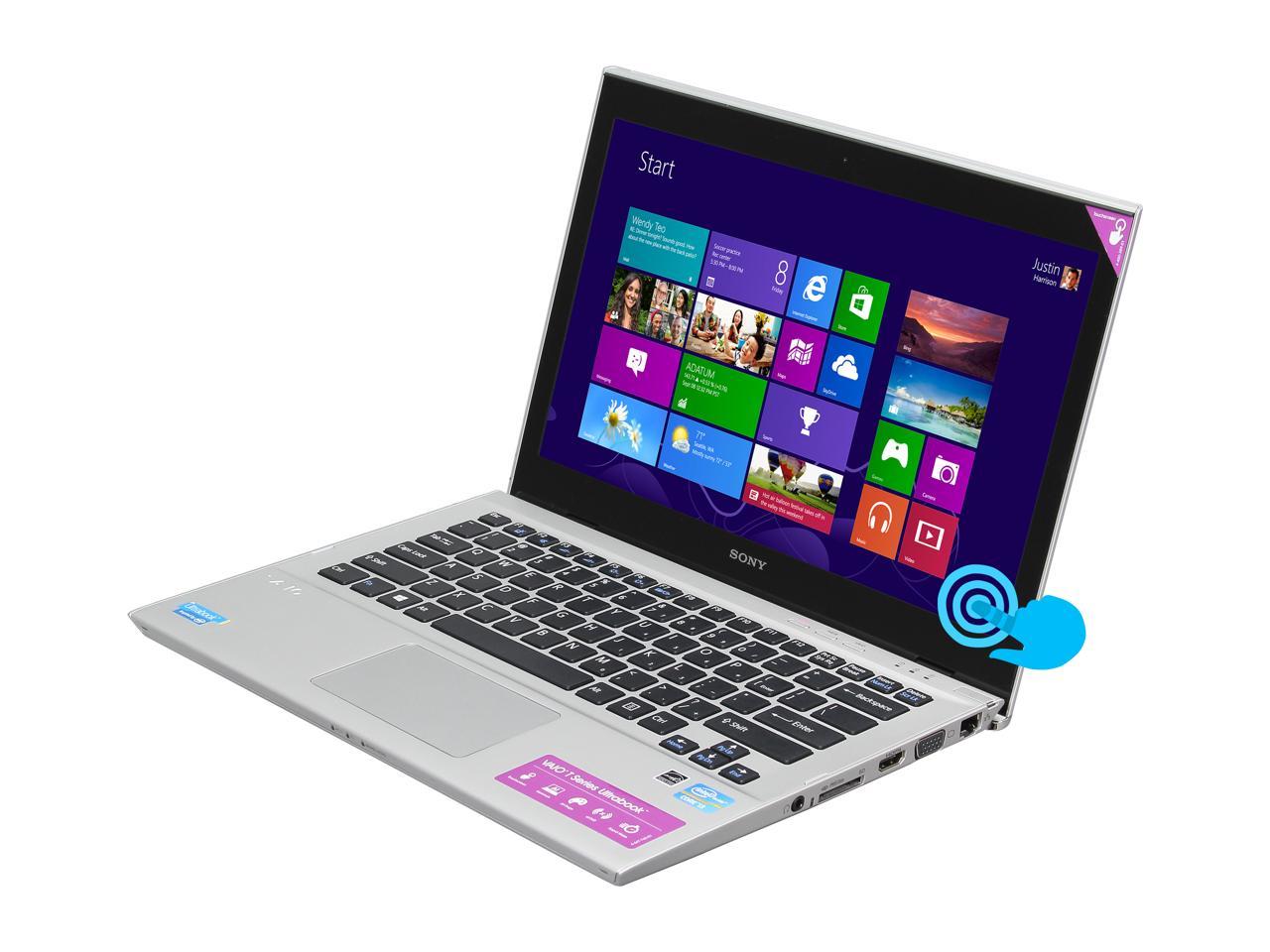 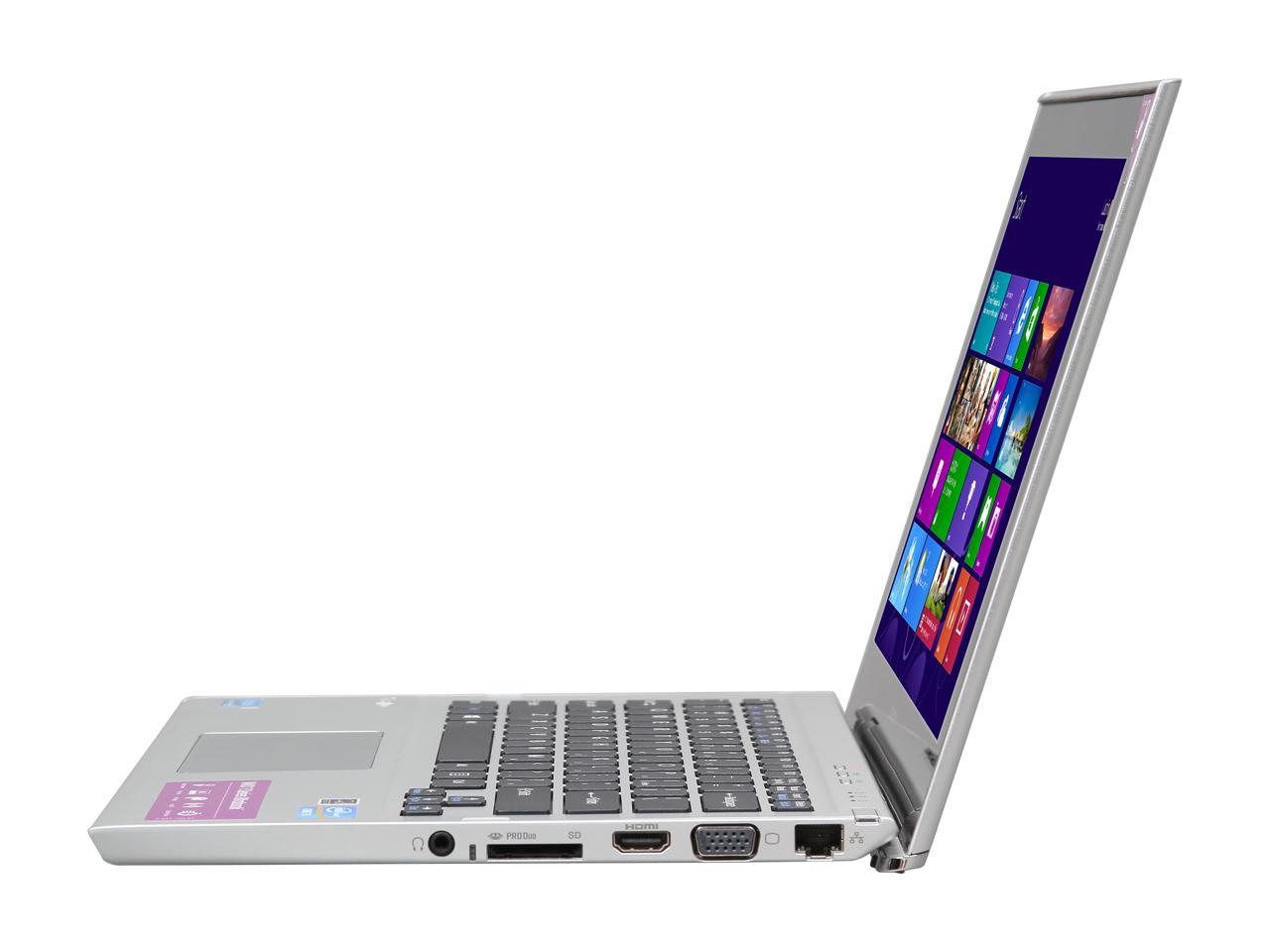 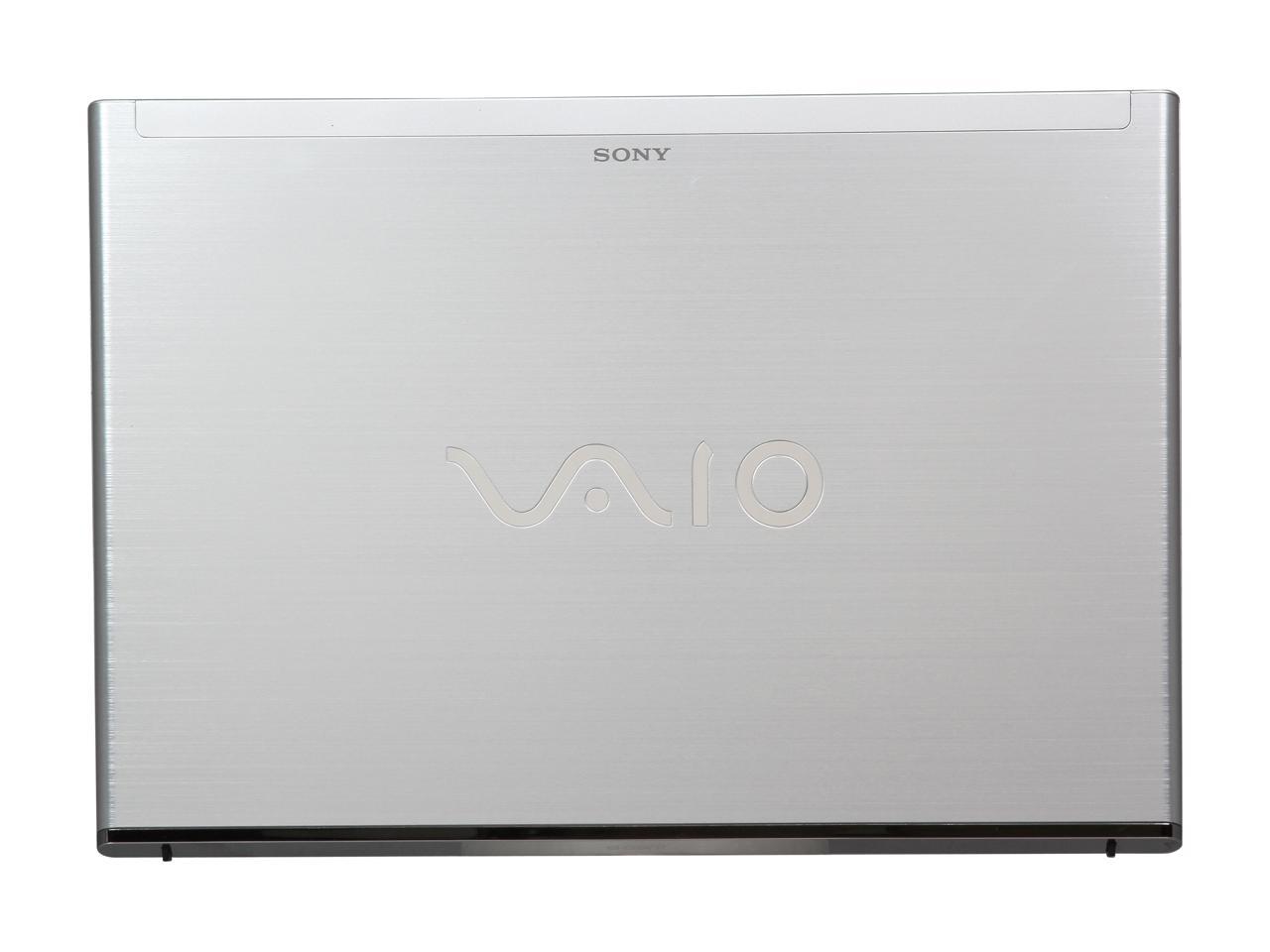 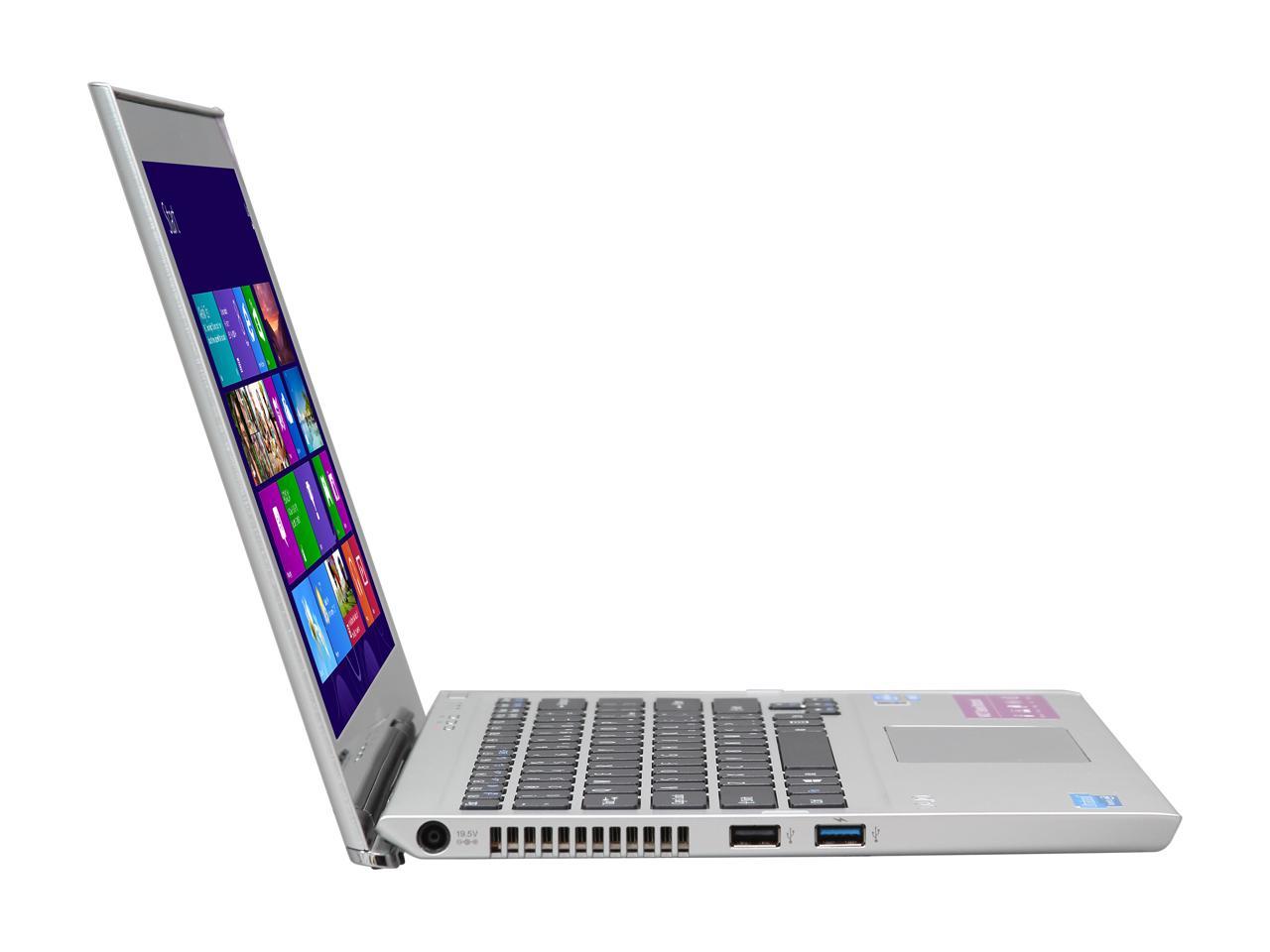 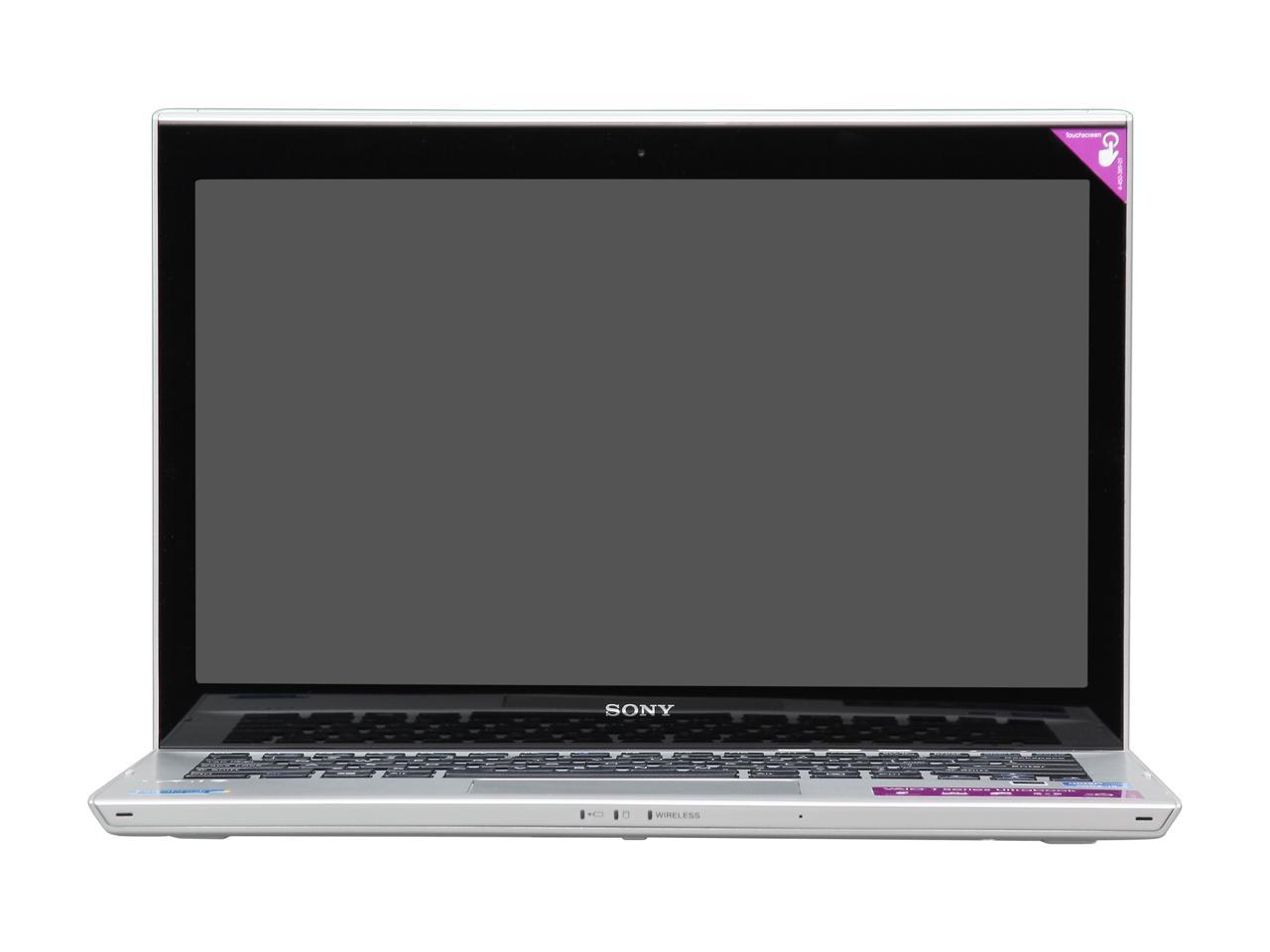 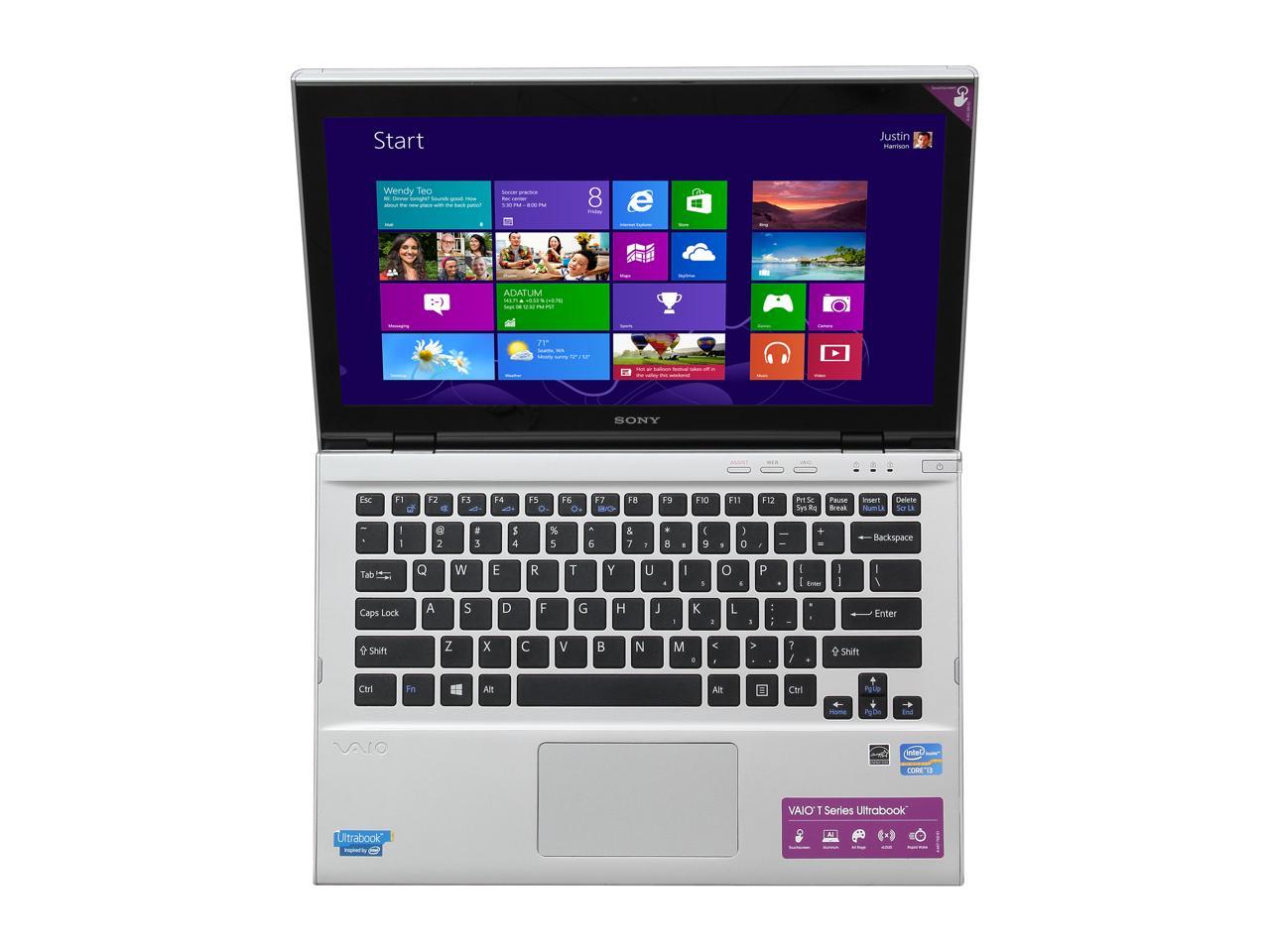 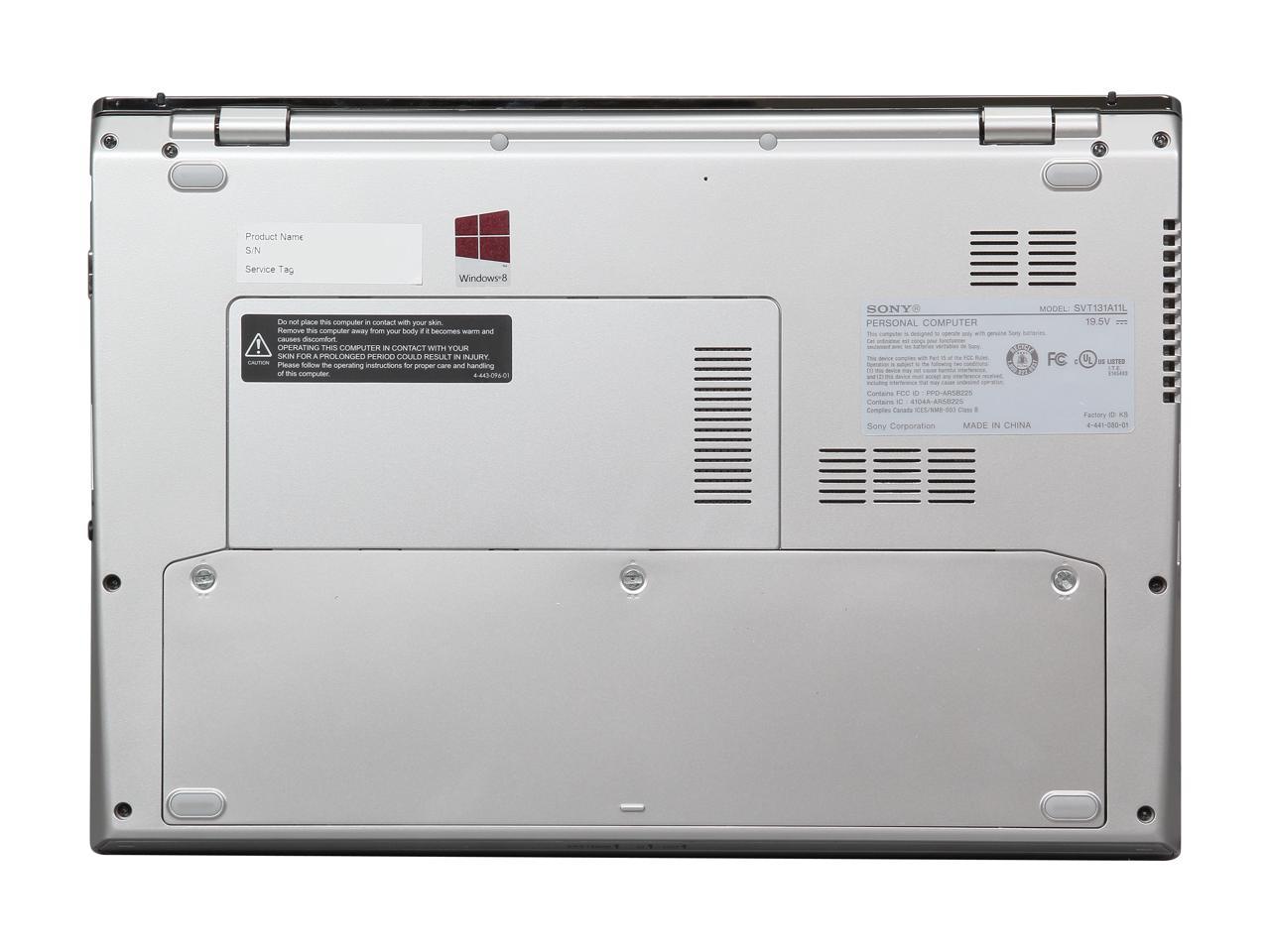 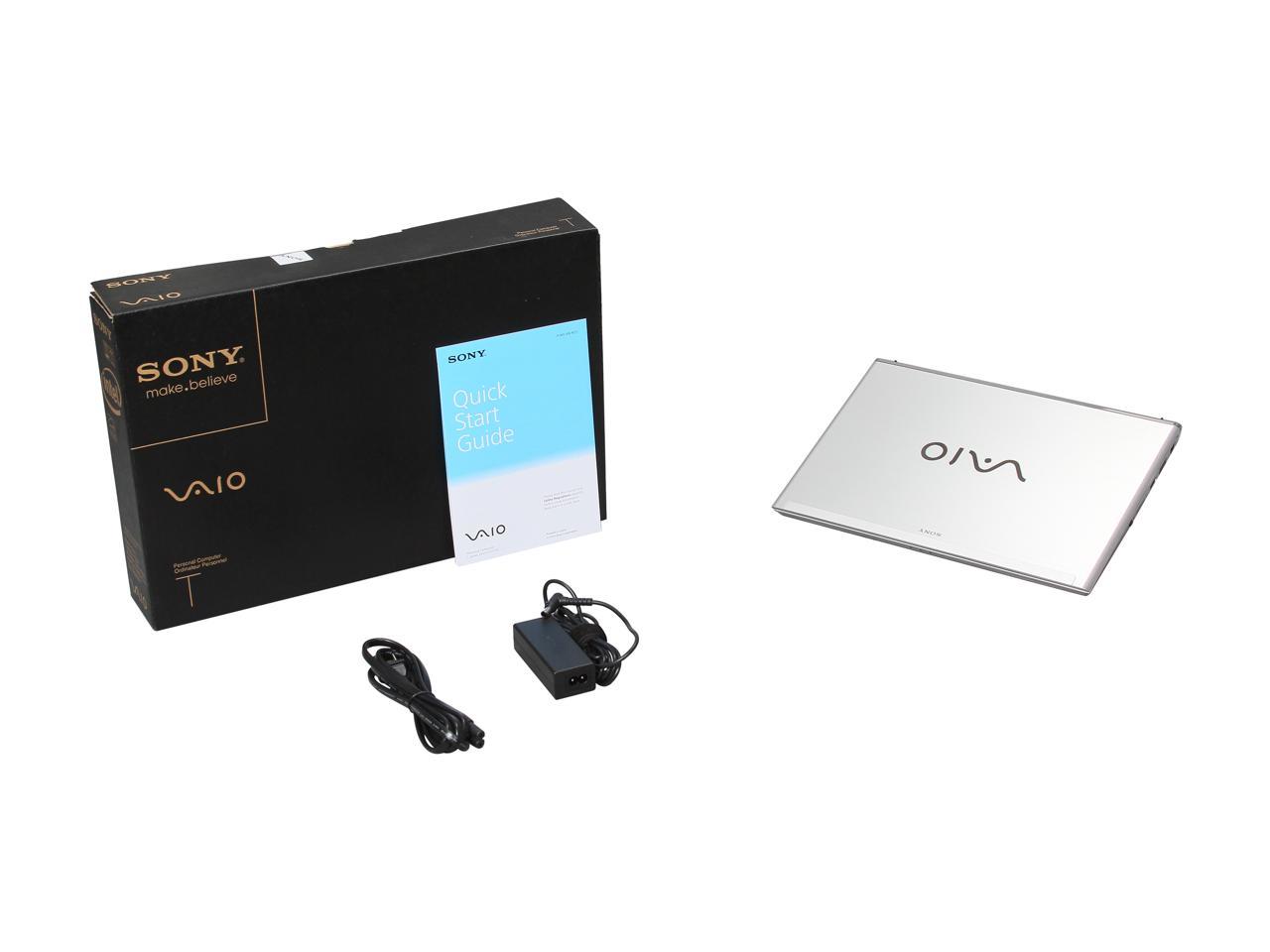 Learn more about the Sony SVT13124CXS

Pros: This laptop is great in terms of bang for your buck. The Touch experience is great and that is the way Windows 8 should be experienced. -Nice touch screen -Windows 8 works great -good performance -great value -nice, thin, lightweight form factor

Cons: -mouse touchpad tries to do too many things with gestures, i.e. pinch to zoom, scrolling, swipe in from the sides - I would argue that this leads to confusion since this is a touch screen device. Its easy to turn these "extra" commands off by going into the synaptics app and disabling them. -screen does have a little glare

Overall Review: For a touch enabled ultra book, with a 3rd gen core i3 processor, this is a great value. Windows 8 runs great on it and its a pleasure to use.

Pros: -Touchscreen is the only way to make Windows 8 make sense. -Nice form factor with just enough ports. .-Feels good to hold. -Looks like a quality item. -Runs smoothly. i3 is sufficient for most non-gaming tasks. -Boots very quickly and resumes from sleep even faster. -Full size LAN port.

Cons: -Shallow keyboard doesn't provide as much feedback as some others, but after a little getting used to my accuracy is more or less unchanged. -Glossy screen produces a lot of glare in certain environments. -The viewing angles can be a bit limited in both directions so sharing the screen with someone may be a bit frustrating. -No 5ghz Wireless N support. -A little on the heavy side for a machine of its size, but it's very manageable and actually adds to the quality feel of the machine.

Overall Review: I bought this for work to replace a Dell D620 that served me well for many years but finally died. It fits my needs perfectly. Great combination of size, power, and price. Battery life is excellent. It may not be as good as some other machines but 5+ hours is more than enough for me. It charges fairly quickly as well. I'm afraid to handle some ultrabooks because they flex a lot, but this unit is solid and very confidence inspiring to hold. The legacy VGA port seems unnecessary. Maybe another USB 3.0 or an esata port would have made more sense. There is indeed a slot to add another memory dimm on the bottom of the machine.

Cons: Shallow keys in the keyboard, as the other reviewer noted; I cannot feel the mark on the "J" letter to place my fingers on keyboard correctly. Low resolution/quality of front camera

Overall Review: One day I used this laptop for nearly 8 hours doing emails, but with an SSD drive installed. I added the 4GB memory no problem. Only one sodimm slot was available for use. I had no problem like the other reviewer. I like this machine, and it seems sturdy. I am so used to good Lenovo keyboards. This keyboard on the Vaio is too soft with shallow keys.

Cons: -the microphone is placed close to speaker - this creates a feedback sound loop problem when use Skype or other chat system. -No microphone input. -The metal cover at the back of the LCD conducts electricity when plug in to the power adapter.

Pros: - Light weight - form factor is good for a 13.3, quite thin, though not quite macbook air level - decent battery life (5 hours or so with decent usage), - touch screen works well with Windows 8, - hard drive is reasonbly fast with hybrid ssd, - pretty quiet when used

Cons: - touch Screen is pretty reflective, so has some glare issues - can't upgrade to 8 GB memory??? I opened it per Sony's instructions, and didn't see any sodimm slots?? The descriptions say max memory is 8 GB, that one slot is soldered at 4GB, so maybe I interpreted it incorrectly to mean that you can add a sodimm stick? - The material for the case looks cheap. Not what I'm used to with Vaio laptops - keyboard keys are quite shallow (for picky typists like myself my seem annoying) - touchpad doesn't feel great, clicks don't register as expected

Overall Review: I got this newegg.com on Black Friday for $600, which is a decent detail for an ultrabook with a touch screen.

Pros: The 10-touch screen is very responsive. I was not missing a single touch the entire time using it. Since Windows 8 was built under the premise that you will have a touchscreen, Windows 8 was moderately enjoyable instead of a severe chore. The weight and size, the rigid lines and everything make it look much more presentable and professional. The frame of the entire piece feels quite solid, instead of some of these laptops that make me feel like I'm going to break it simply by opening the screen. Startup times are quite impressive; I was able to get my games started running within normal startup within 2 minutes. HDMI Output makes things a little bit better when you're looking to output video. Its nice that they included it.

Cons: The touchscreen is setup just like a phone; the actual touch is a few pixels under where you press. This is done generally because you're looking down at a phone, instead of directly straight on. However, with a laptop, they are generally on the same plane as you, meaning that your touches feel off-center. It takes a getting used to, but its something to be wary about, especially if you use a touchscreen phone regularly (like myself). The touch screen also needs to hold itself more rigid. I'm not a violent touch-screener, but even the lightest of touches seems to cause the screen to wobble back and forth, which can get annoying. The screen itself seems to have too much unused space. When I'm used to the Galaxy SII taking up almost all of the real estate of the front, it seems like they just...didn't try too hard to maximize the screen size. The resolution is also something to be disappointed at. Its definitely not a full gaming PC. The keyboard has its unresponsive issues. Keys have to be pressed quite harshly in some cases to get them to register, which I have typed a few passwords and other things incorrectly without noticing, simply because the key clicks, but the key does not register on screen. This has the same problem with the right-mouse button. Its unclear how far to the bottom right one has to press to make it register as a right-mouse button press on the touchpad. Perhaps a line would be nice. Sony, for some odd reason, thought that Page Up and Page Down is a function key, rather than a single-button press and has "Print Screen" and "Pause" as its single-button overlays. These should have been reversed. This thing is missing a separated microphone jack. Only has a single jack for either Microphone, or Speakers, or all-in-one Microphone+Speakers jack. Remember this when you're buying headphones.

Overall Review: Don't fool yourself with Sony's Advertisements... this battery lasts four hours on a full charge with moderate use, and that's about all you're going to get. Also, this thing isn't a gaming PC. Don't buy it if you're looking to get your game on with this laptop; it runs the lowest settings on current gen games DECENTLY, but not the greatest. However, it is great for a tiny side PC, or supplementary PC for things like Table-Top Gaming, and such. The Windows Reader with the Touch Screen makes this PC perfect for PDF Files. Its also a decent word processor. Don't bother with the "gesture controls." Just turn it off when you get it, it doesn't help or hurt the technology behind the laptop.

Cons: the laptop is running ,but the screen doesnt show anything. Just the black screen

Pros: Very nice, fast and shiny ultrabook with Win8. is not even warm yet.

Cons: After ~2 weeks use, the fan noise gets fairly loud, definitely when you are using it in the quiet room, and it is becoming annoying. Still need to contact Newegg or Sony support if there is a away to lower the fan speed, the CPU case

Overall Review: I have used other Sony laptop, and various other laptop, MAC, DELL, LENOVO. non of them get this loud.