OUT OF STOCK
Sold by: Newegg
Shipped by Newegg
This item is currently out of stock and it may or may not be restocked.
Out of Stock
Add To Wish ListFound on 4 wish lists 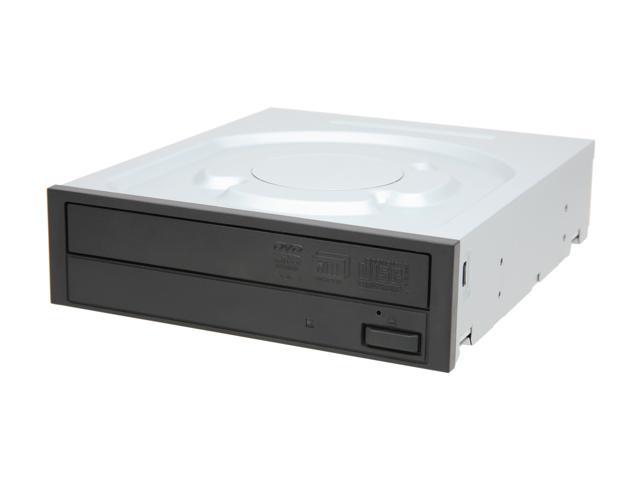 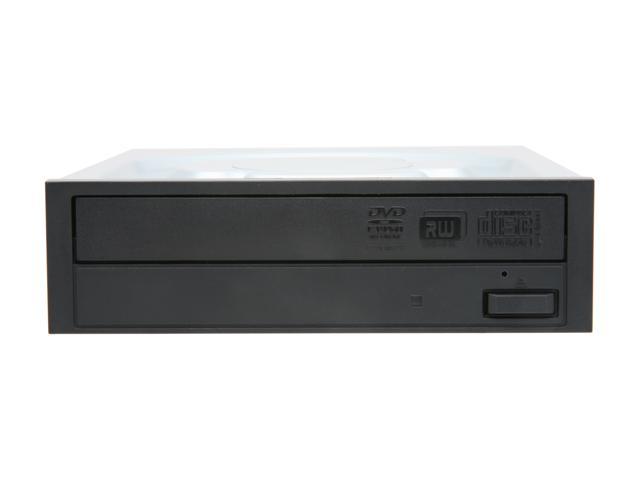 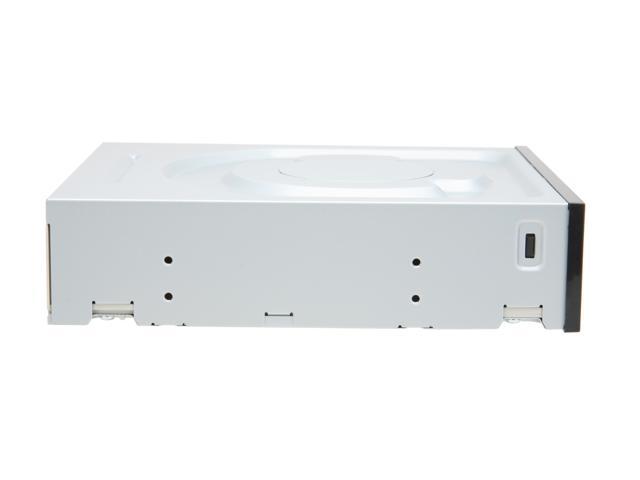 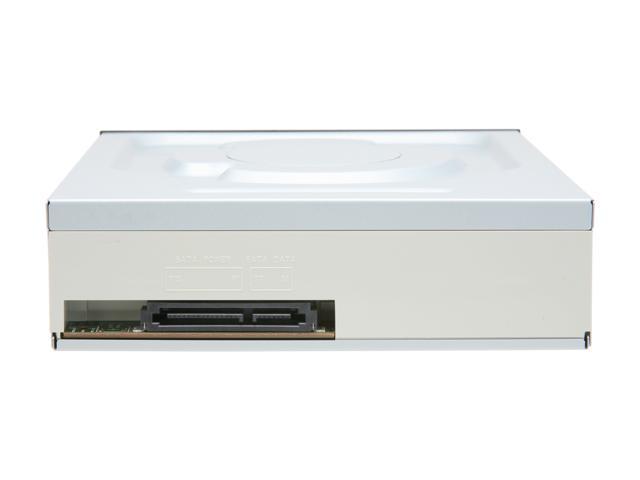 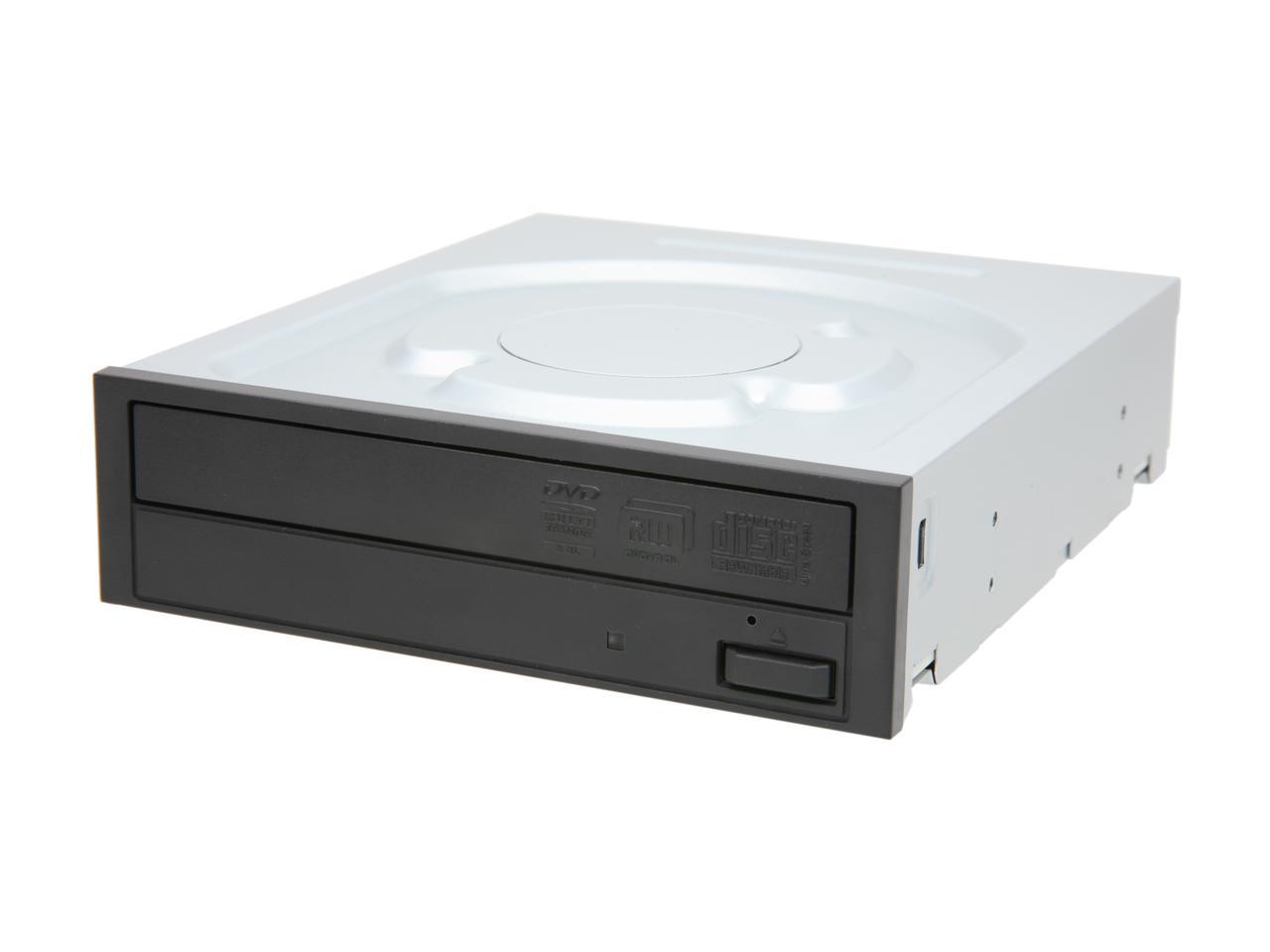 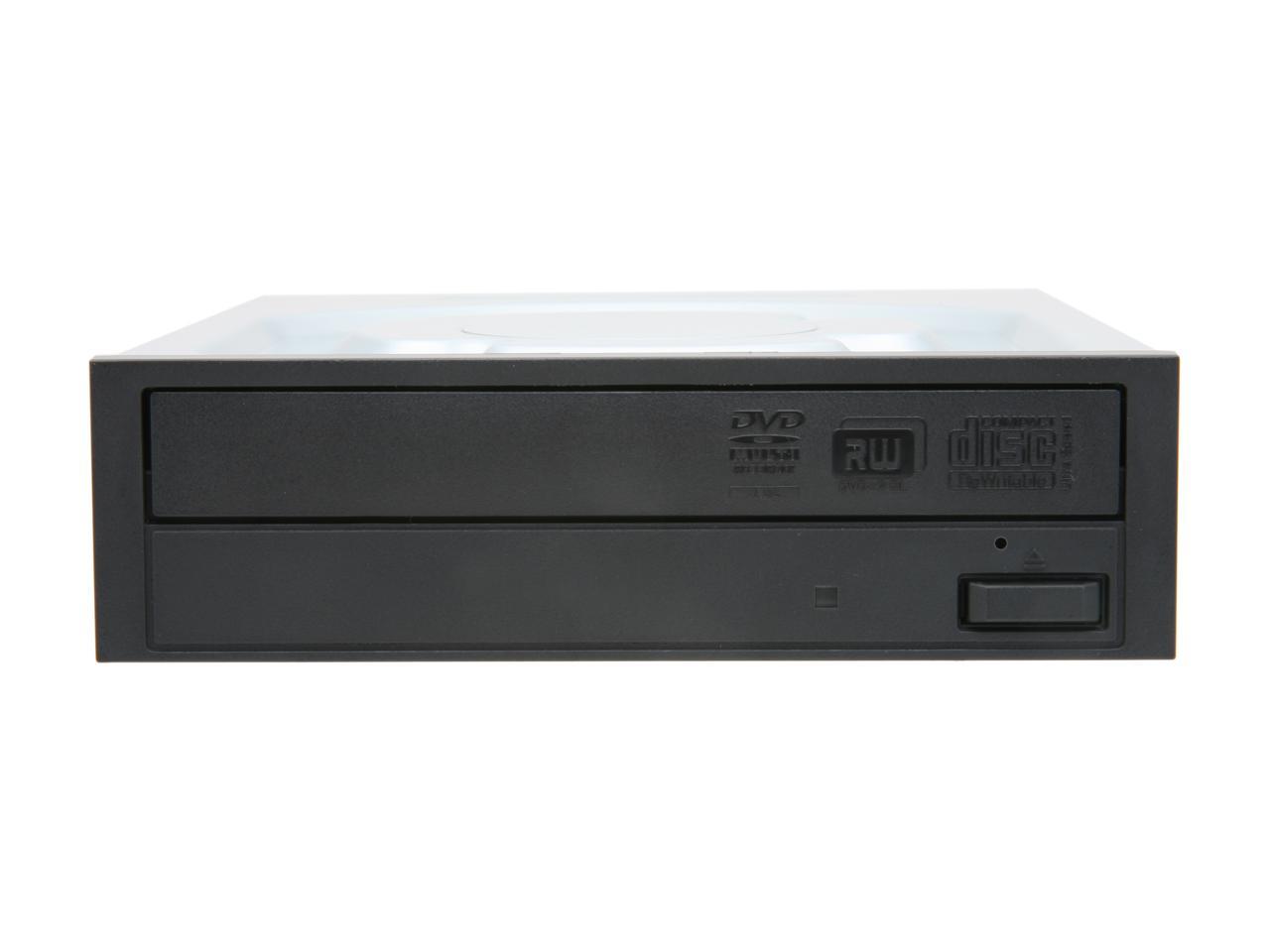 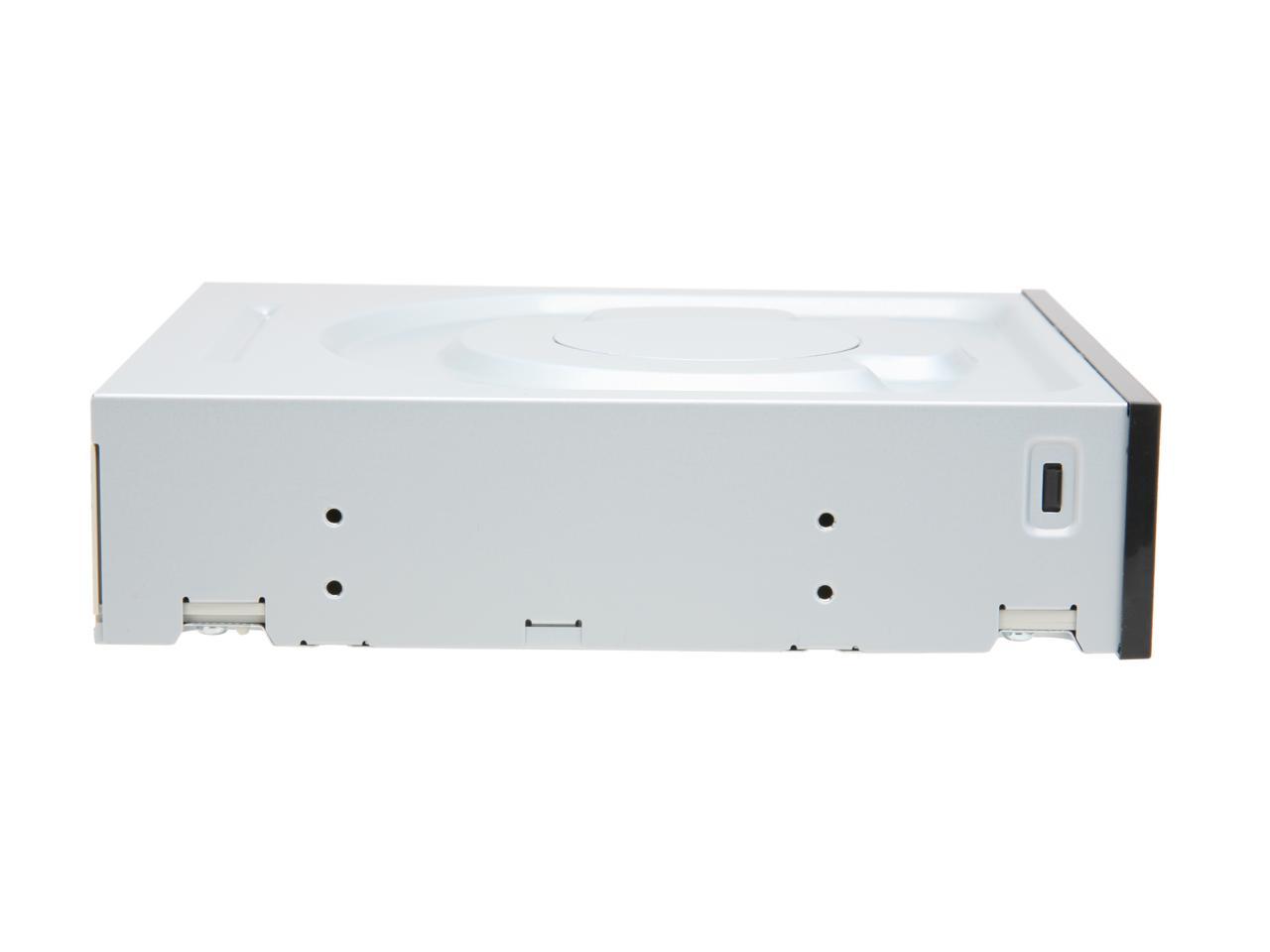 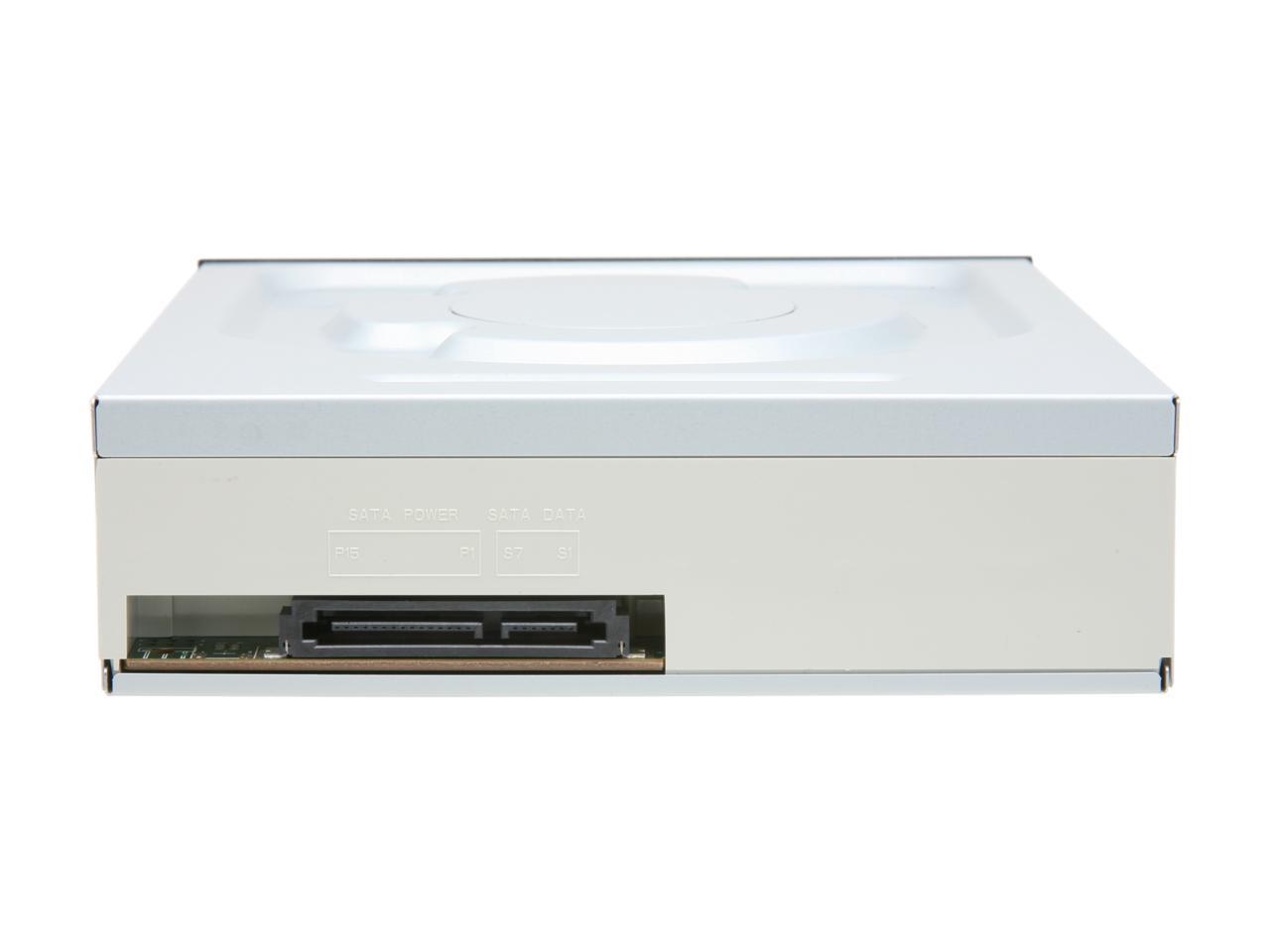 Did you find this review helpful?
Ron R.
Ownership: 1 month to 1 year

Pros: Given that DVD writers are commodity items now and all of them fail sooner than we would like, the main thing about this unit is that *there is no printing on the faceplate*. Almost all other writers, which probably perform equally well, have some amount of white text on the black faceplate.

Overall Review: Since 2005 I've had more DVD writers than I'd hoped I'd have to buy: NEC, Samsung, Lite-On and now Sony. The NEC and Samsung lasted about two years before they failed. This one is one year on and still going strong, probably a bit faster than the others. I don't have a floppy any longer but I need a DVD writer so this one fits the bill.

Did you find this review helpful?
Noah F.
Ownership: 1 month to 1 year

Pros: Fast and cheap, that is all. Basically that is the only two eggs it gets.

Cons: 1. It likes to close on me before I get the disc in. I tested it without a disk, and it tried to kill my finger. So, it will do it without any weight in the tray. Cannibal Drive!!! 2. It is pretty darned loud.

Overall Review: I figured out that if you just hold it in the full out position, not pulling, but with enough force to keep it from closing, it will give up the fight and eventually decide to stay open. It is part of the Drives safety features.

Did you find this review helpful?
Zacchari G.
Ownership: 1 month to 1 year

Pros: Just what I expect from a DVD-RW. Works just like the one in my home computer, which is pretty MSI, but this was $10 cheaper. Used for a customer, installed Windows and AOL 9.0 perfectly (yes, people still use dial-up, much to my shock haha)

Overall Review: It's bulk OEM, you gotta buy SATA cables on your own. At $18, it would be about the same price as a retail product, unless a) you have a SATA cable laying around, or b) you're building a new system and your mobo comes with SATAs.

Did you find this review helpful?
Jesse B.
Ownership: 1 week to 1 month

Pros: I like that the front is all black. Goes with my case very well. Reads and burns DVDs.

Cons: Can get pretty loud, but I can live with that.

Pros: The drive is no louder than any other drive I've owned. It is actually one of the more quiet. When playing audio or video disc, the noise is lower than system fans. With my ASUS drive, audio cds play as loud as when ripping (dvd playback is quiet). If yours is loud all the time it might be a defect, damage in shipment or some OS issue. I bought mine elsewhere as you can tell<<<. The rip speeds are on par or better than other drives. The rips are good at handling errors and scratches (almost as good as the Lite-on I owned). Burns are reliable so far. This drive can burn Verbatims at up to 20x, Sonys at 18x, and RiData at 16x (all 16x certified DVDs). I only feel comfortable burning at 16x. It can burn as low as 4x with Nero Express 10 compared with 6x on my ASUS. The ASUS maxes at 16x on all discs. The RiData discs just may be my new alternative to Verbatims, though I don't like the blue face much.

Cons: The tray acts like it's going to stick when ejecting a disc. It is only a slight delay and consistently happens and has not gotten worse. Seems by design. When first using, the tray opened and closed very fast. This slowed to a typical speed over the first few weeks. These are not really cons, but wanted to point out. Nero DiscSpeed 10 (not updated) locked this drive from use by Windows until I put in an audio disc. That fixed the problem. I was able to duplicate the issue twice. Updating Nero fixed it. I had to use daily check for updates and restart the PC before updates would show up and install (bug in Nero). Nero doesn't come with the drive, just pointing out my experience.

Overall Review: Of 11 drives I've owned this is easily in the top 3, and I've owned it for 2 months. The other 2 were Pioneers (made before they started outsourcing). 4th would be a Lite-On, awesome for 2 months before having problems spinning up and dying within another 5 months. The rest were never that good for one reason or another. 1 of the pioneers is still running on my sister's build. The other stopped burning after 5 years (still reads well). I also currently use an ASUS DRW-24B1STa. It's okay, but already showing its old age after about a year; never as good as this Sony, but right behind the Lite-on on my list. I might replace it with another SONY or a Lite-on (I like 2 burners on my system at a time). As you might notice, drives can be a luck-of-the-draw thing. If you get one of the good ones, you will be happy with this drive. FYI, no firmware updates yet for this drive. All DVD drives are SATA 1 since none can ever reach speeds that require SATA 2 or 3.

Pros: CD drive came free with some parts that i ordered for a new rig. The CD drive works fine, can't really complain about the small things for being free eh?

Cons: Can get loud when installing things from a disc. Whatever, I like noise from my computer unlike most. Let's me know it's ALIVE

Pros: I have purchased close to 50 of these drives and not a single one has been problematic. They are quick to read discs and look great in a business environment.

Overall Review: I bought a Sony CD-ROM about 11 years ago and it was a horrible device. They are much better now than they used to be.