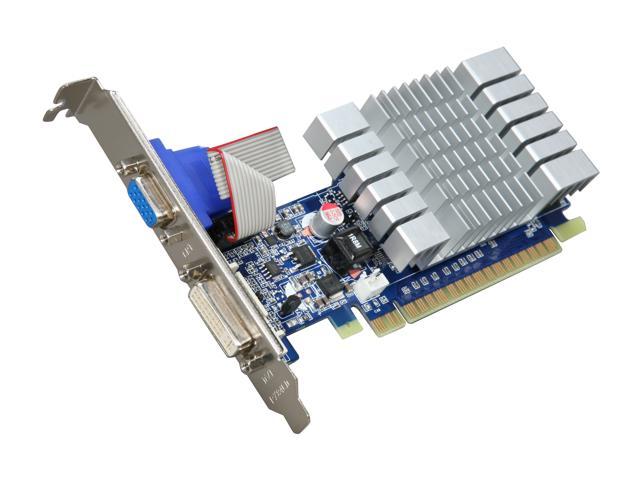 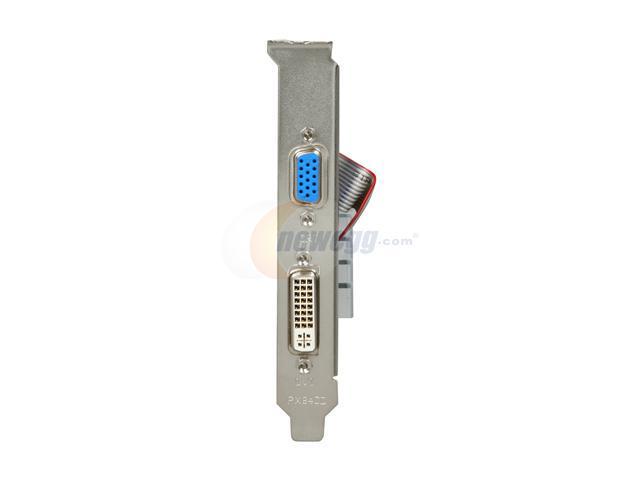 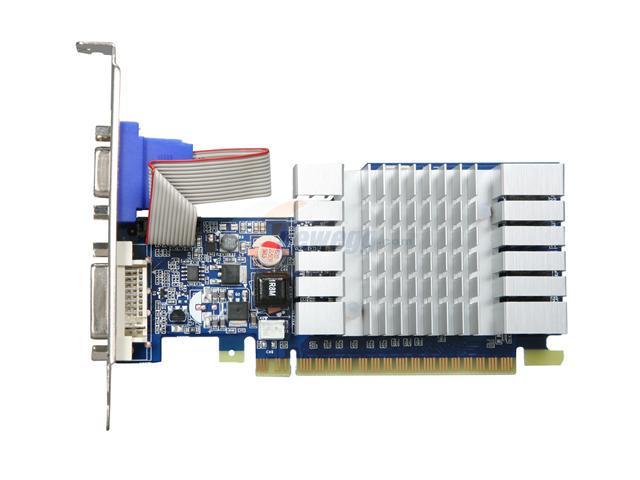 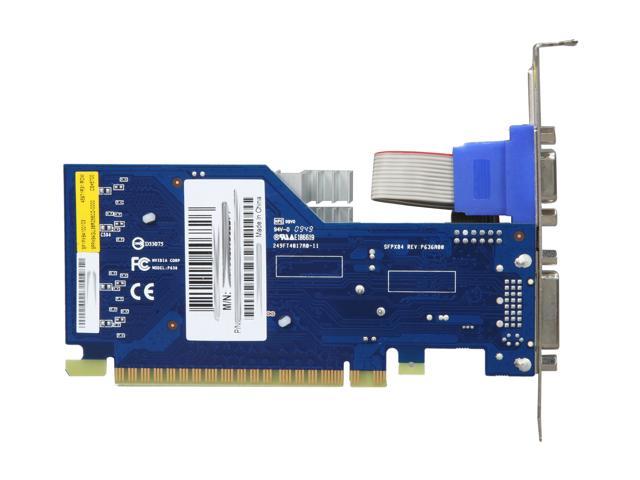 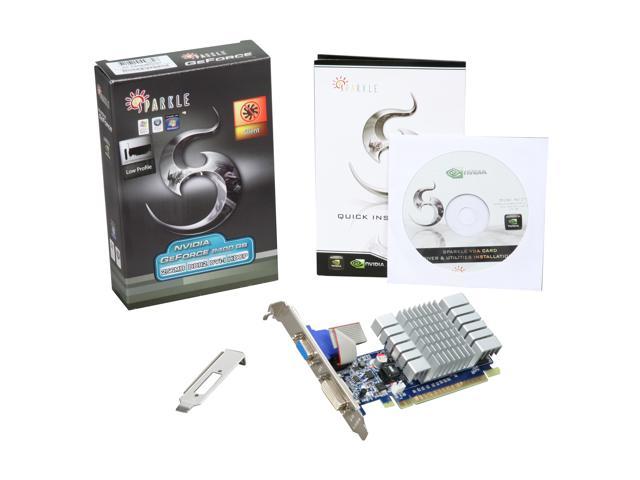 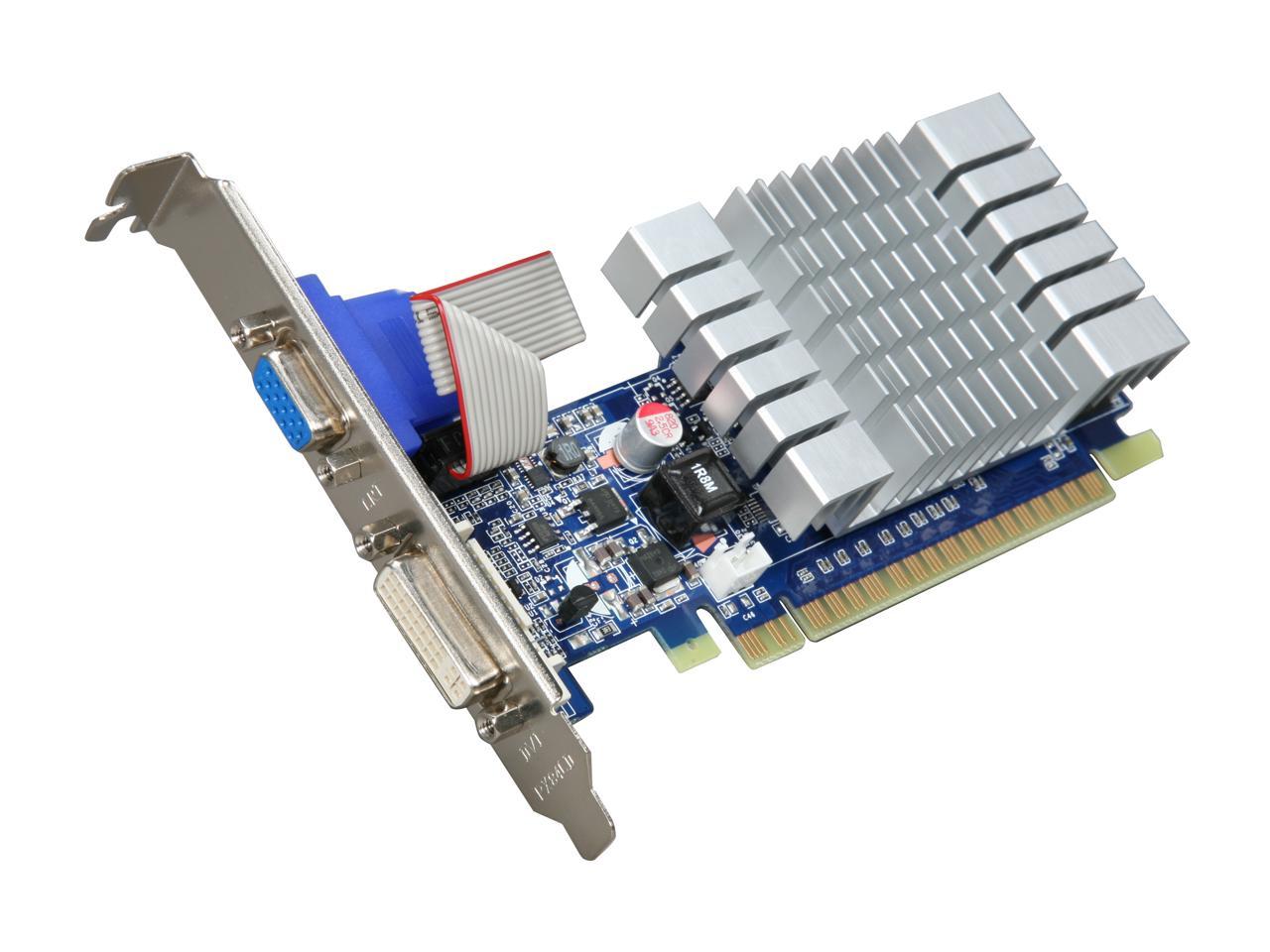 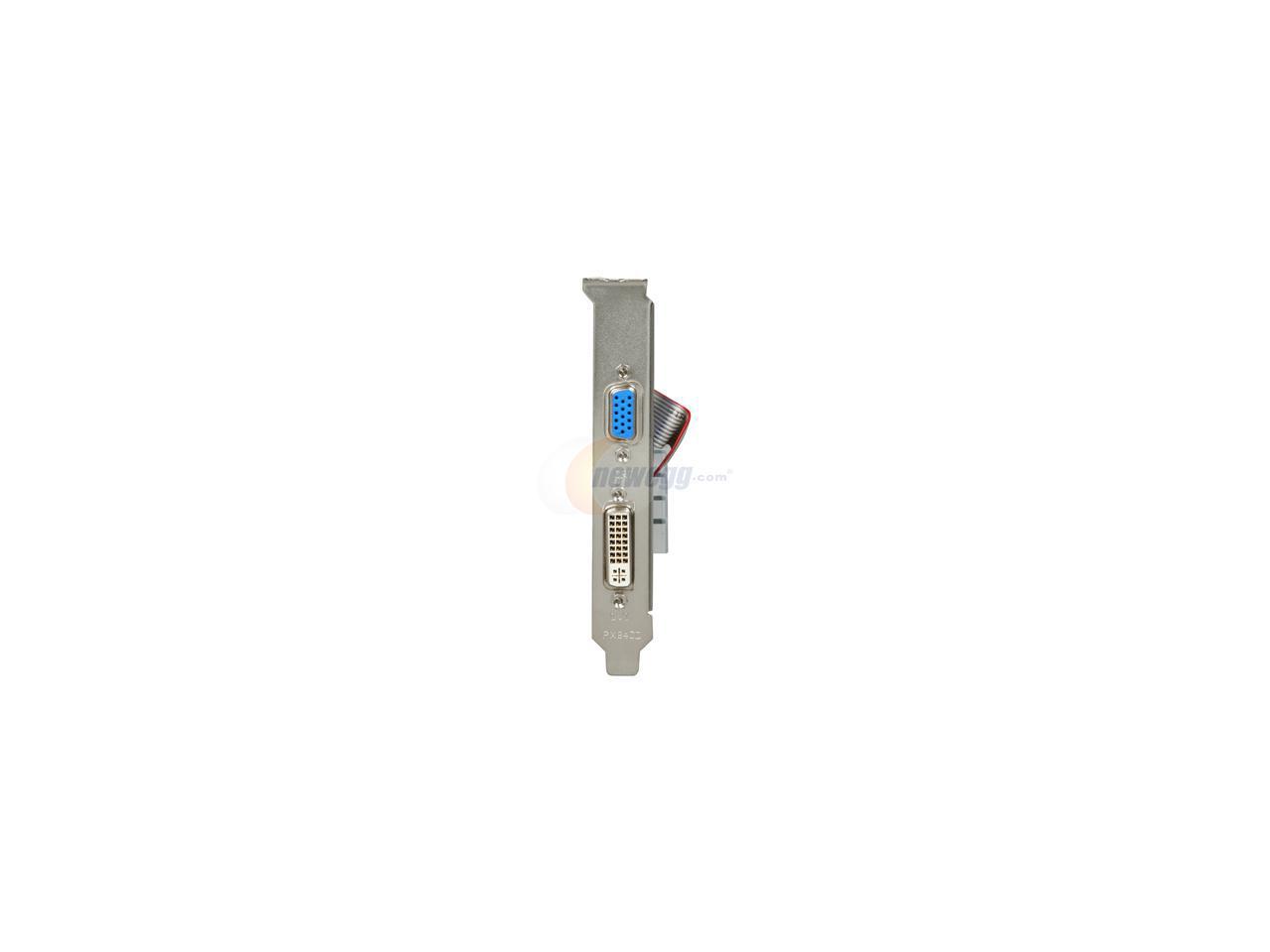 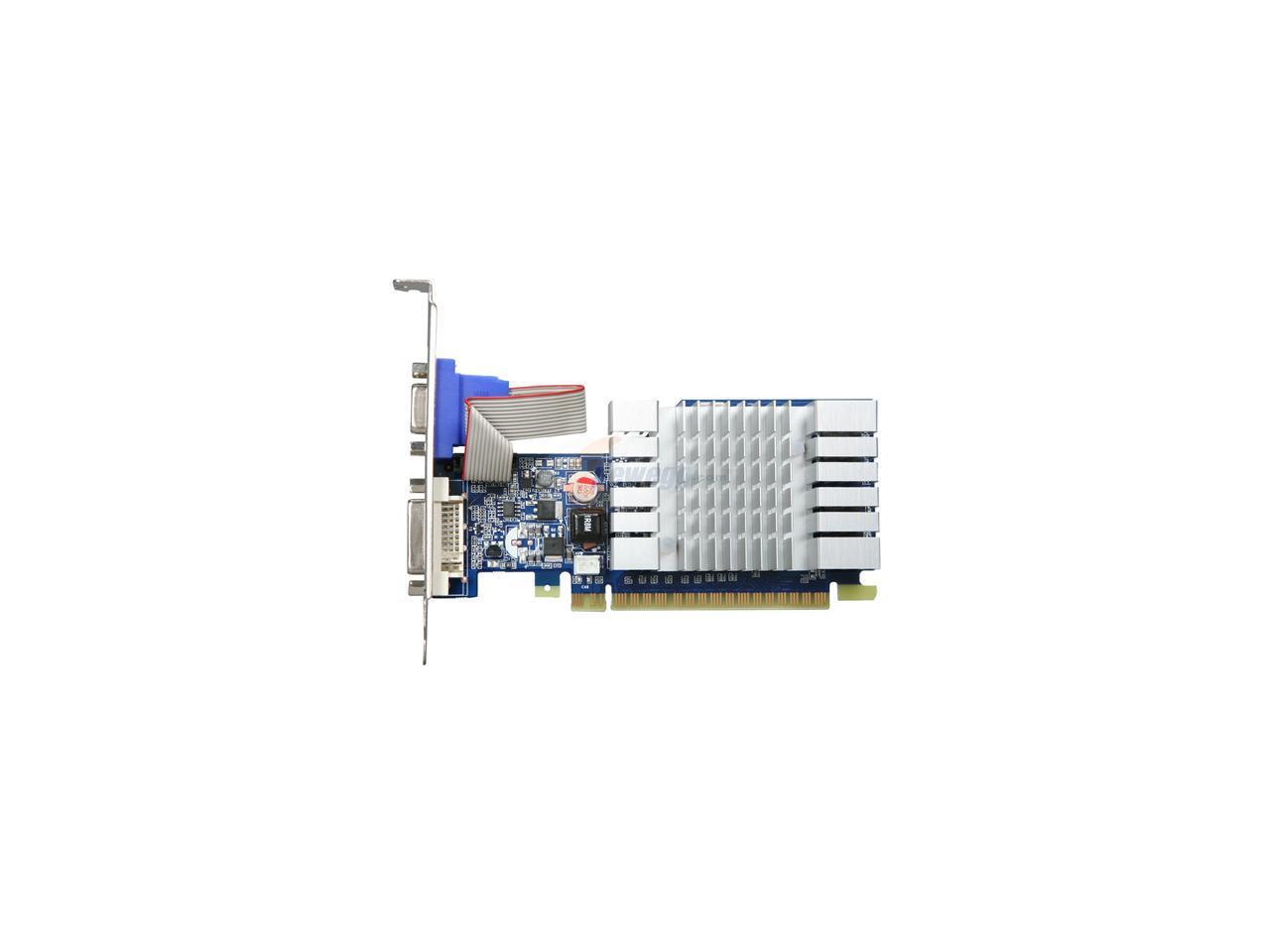 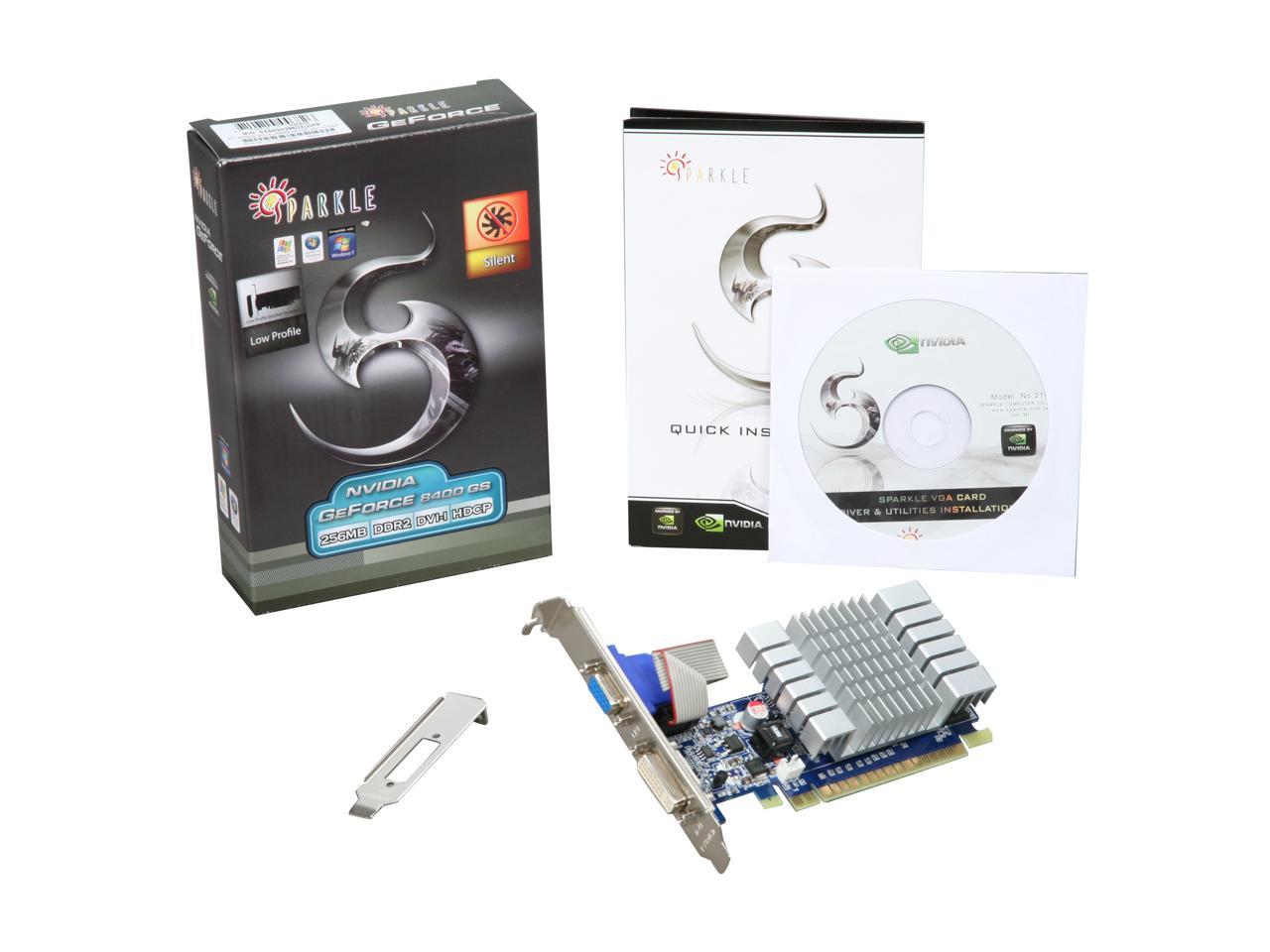 Cons: A couple of things to beware of: - the fanless cooler is really big, it will cover the adjacent slot. This made it unusable on my build, I need the adjacent slot for a serial port card and my small-form factor computer only has 2 slots. - the heat sink is scary-loose. I've never seen anything quite like it. I haven't had a chance to use it, I'm going to put it into another computer where I don't have such space constraints. I have owned other low profile fanless VGA cards and they have not had these 2 issues.

Pros: Inexpensive, no fan so it is silent, significant improvement over onboard graphics, works great with Ubuntu Linux.

Cons: None ... but serious gamers may want a different card. I'm not a gamer.

Overall Review: My computer has a dual core Sempron 2200 with onboard GeForce 6150SE. It mostly worked OK, even for video playback like YouTube, but GMail video chat was too much for it. Voice came through but no video, the CPU was at 100% utilization, and the system slowed to a crawl. Installing this 8400 GS video card instantly solved the problem. GMail video chat now works fine, and the CPU tops out around 75% utilization. Since I was already using the restricted Nvidia driver with the onboard 6150SE, this video card was plug & play with Ubuntu, just insert card in slot, attach cable, and turn computer back on. I don't have the best air flow in my box, so I was bit worried about the passive heat sink. Seems to be working fine; though, I've seen temperatures in 54C - 58C range so no worries.

Cons: It feels kind of flimsy, but for the price who can complain. The bracket that is attached does not line up with the screw to case as seamlessly as I thought. Needs a little bit of pressure to screw in. Not a major issue and does not put the card in jeopardy.

Overall Review: Previously had onboard 6150se, but got this dedicated card and there were vast improvements in Half life 2, Portal, TF2, and Garry's mod. With my 6150 all the game settings defaulted to low, with this card the settings defaulted to high although it was a bit too slow for my taste so I dropped settings to about medium/high and the games ran like champs. If your looking for a HTPC card or light gaming card for older titles look no further.

Pros: No problems installing/using with Windows 7. Running dual monitors, the thing barely gets warm -- no games or fancy stuff, just average use. I was under a tight budget and needed a replacement GPU for a family member's computer, and this fit the bill perfectly.

Cons: The thermal compound is weaksauce, and the pins don't hold the heatsink firmly enough, so it can wobble/rock if bumped or if pressure is applied. Not very good cooling.

Overall Review: Because I was worried about overheating I replaced the compound with a tiny piece of 6.0 W/mK Fujipoly thermal padding, which (because it's soft and putty-like) turned out to be much better at keeping the GPU in thermal contact with the heatsink.

Pros: Good for basic computer and it is better then on board graphics. This is not for gaming but it does fine on older games.

Pros: It works very well as a basic video card to send a signal to a monitor.

Cons: You should not expect this card to do very well on games.

Overall Review: It would work pretty well as a home theatre pc video card. It is better than integrated graphics at least. It seems to be reliable.

Pros: 256 Mb of ram allows me to play World of Warcraft on low settings with out any problems. Having the low profile option is also an excellent plus.

Cons: The card runs around 60 to 70c since it does not have a fan, but adding a small fan under it dropped it to 40c

Overall Review: Regardless of the temperature of the card everything works perfectly.

Cons: None for my application.

Overall Review: If you need a basic video card to run dual monitors, this works great. Also, someone before mentioned that the 300w minimum psu rating was serious, but I have it running on a 240w psu with no problems at all.