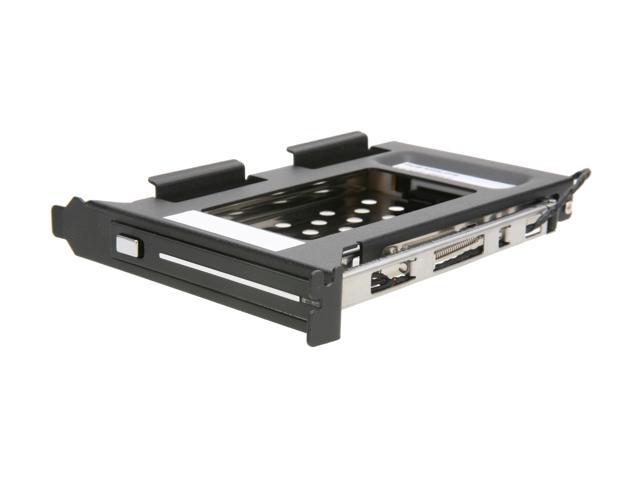 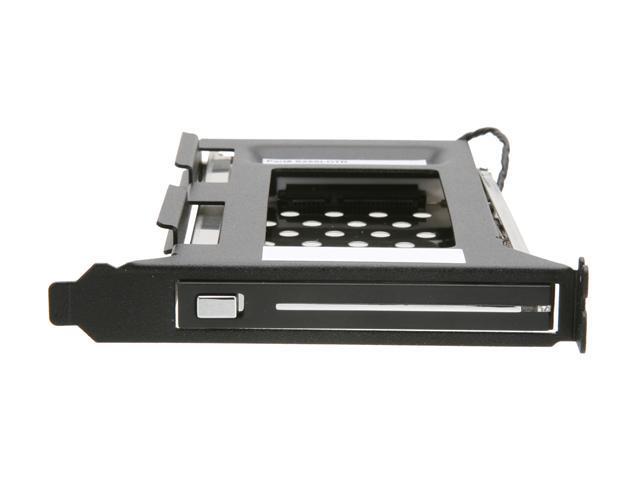 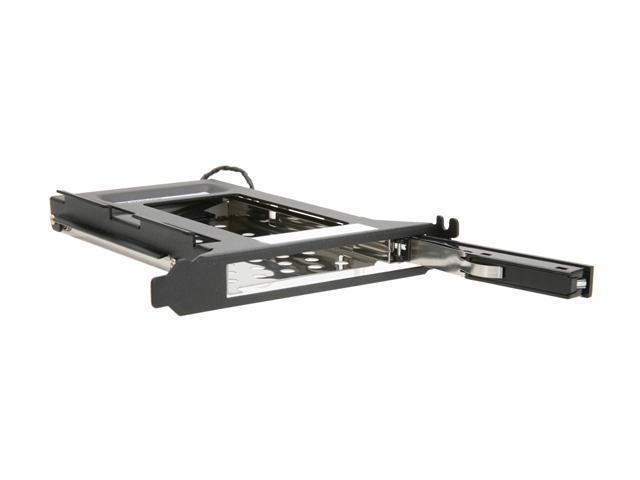 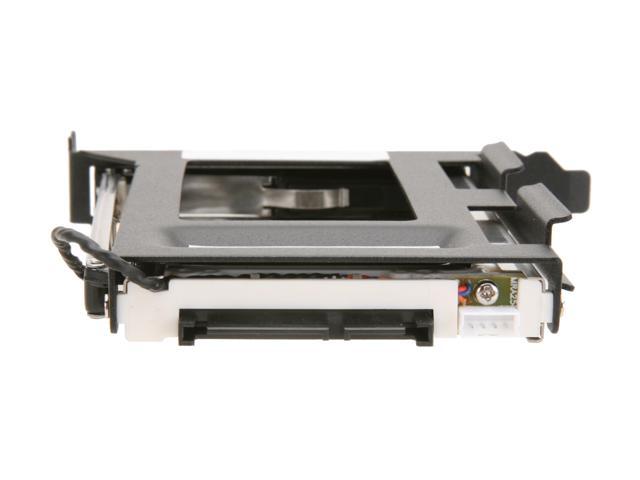 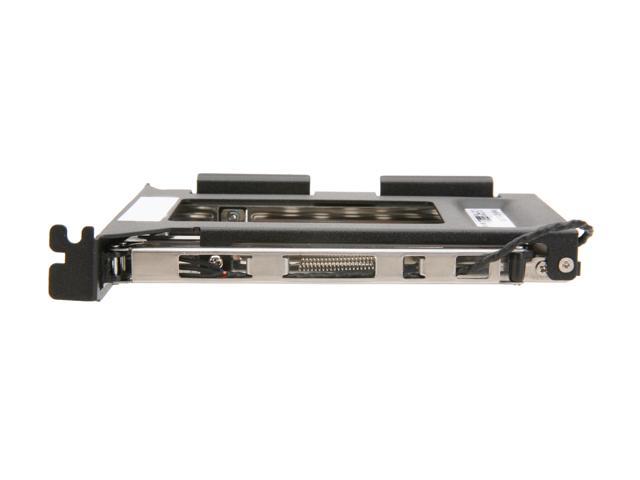 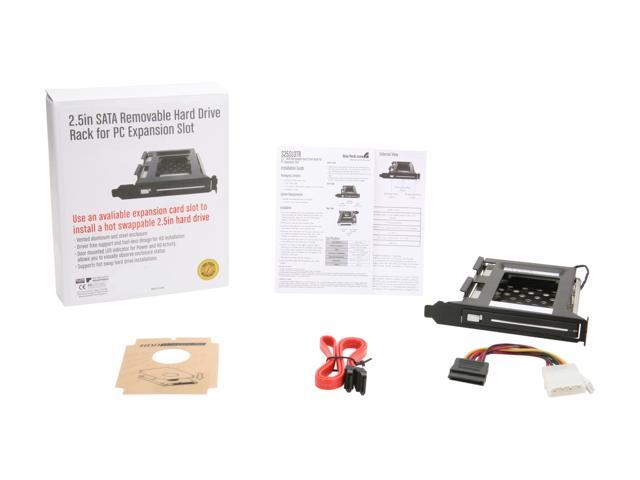 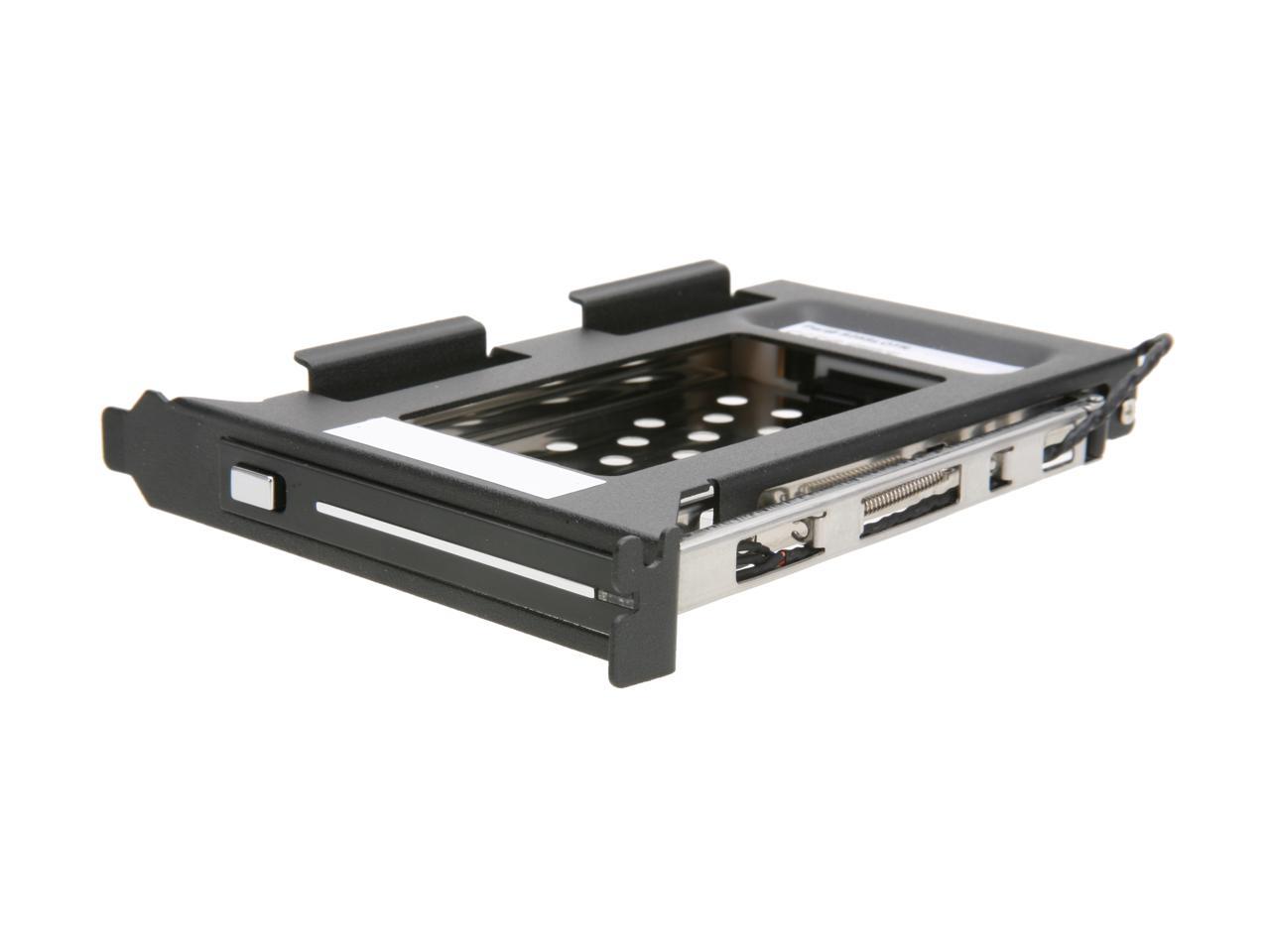 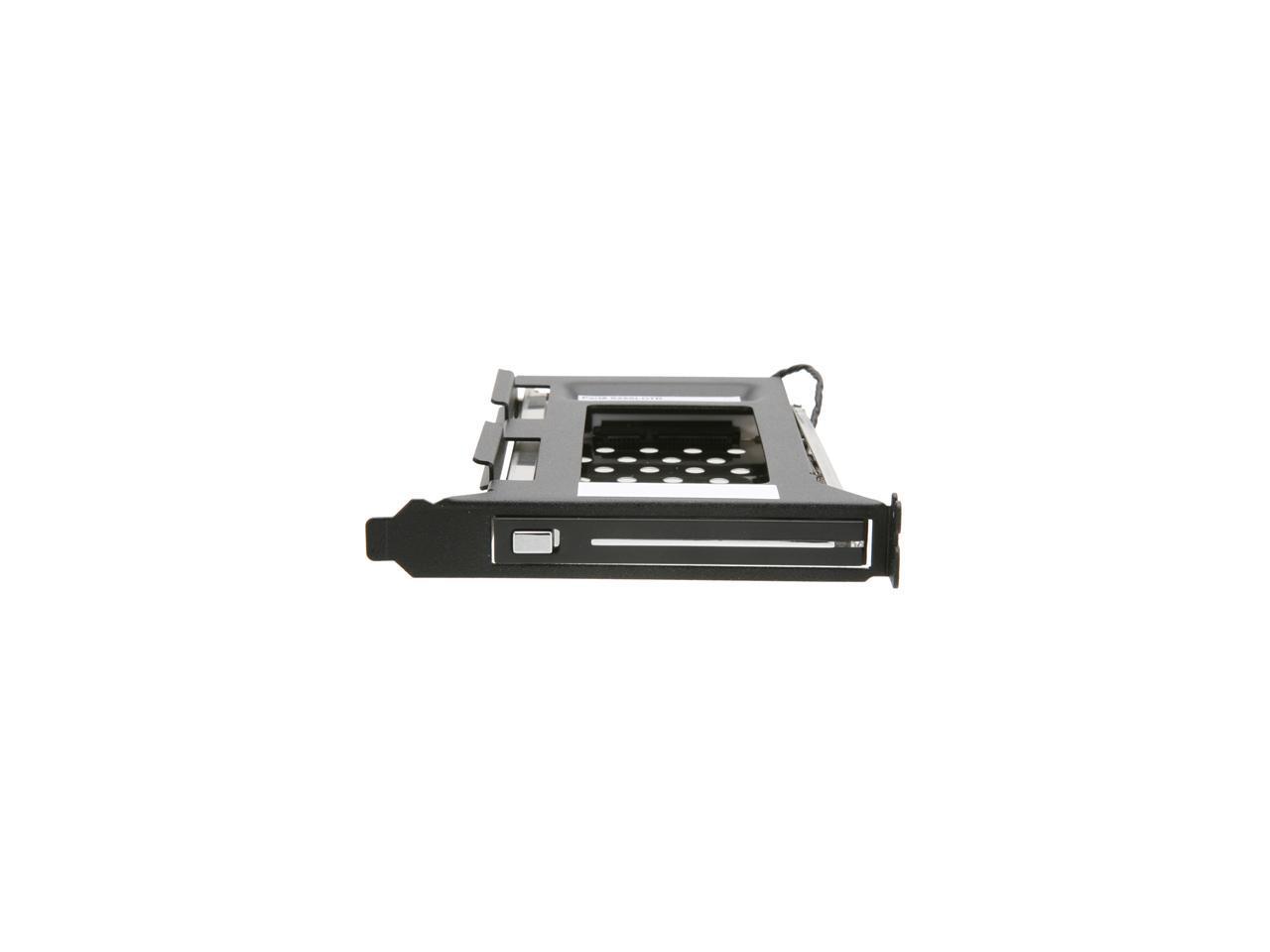 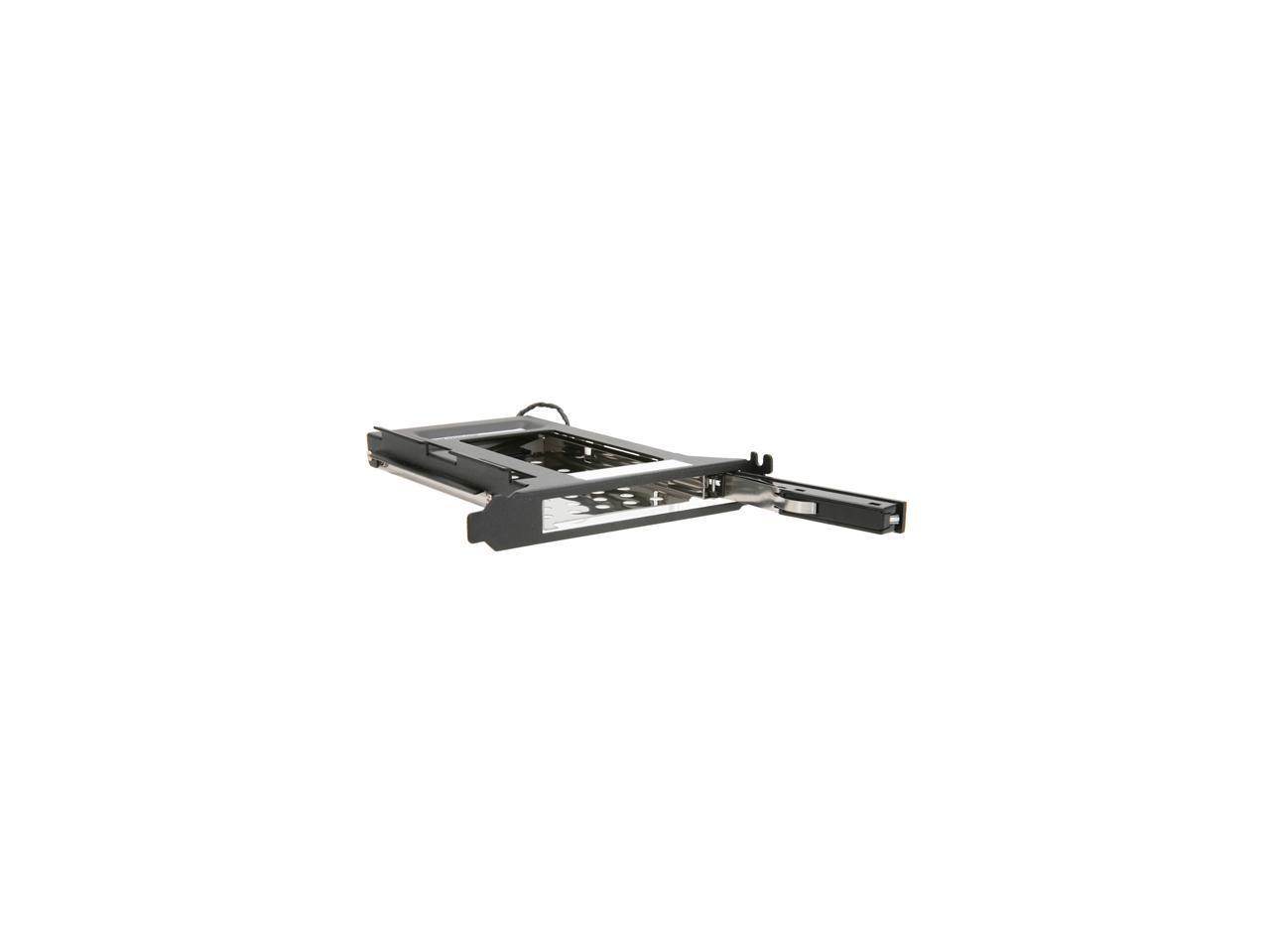 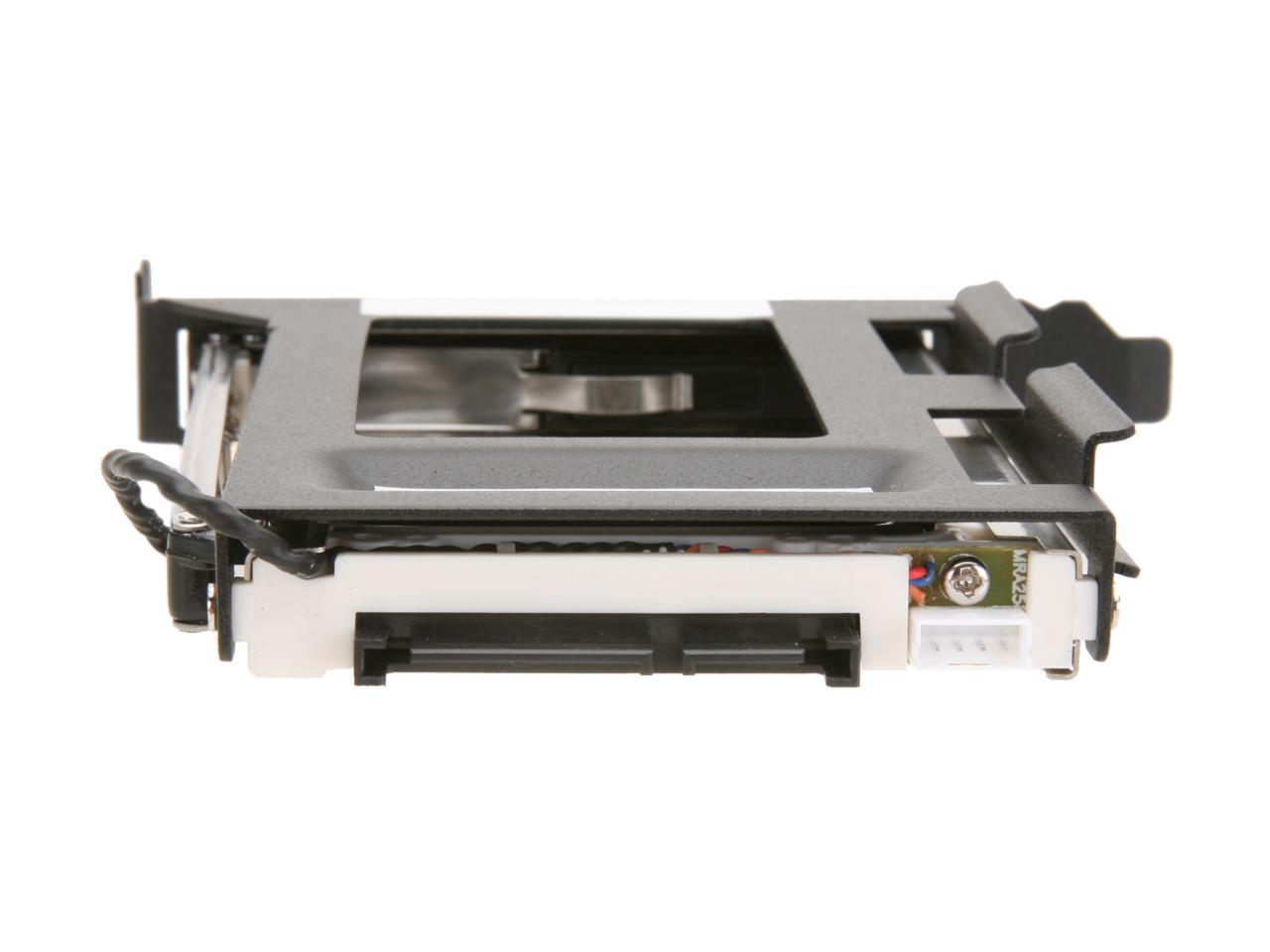 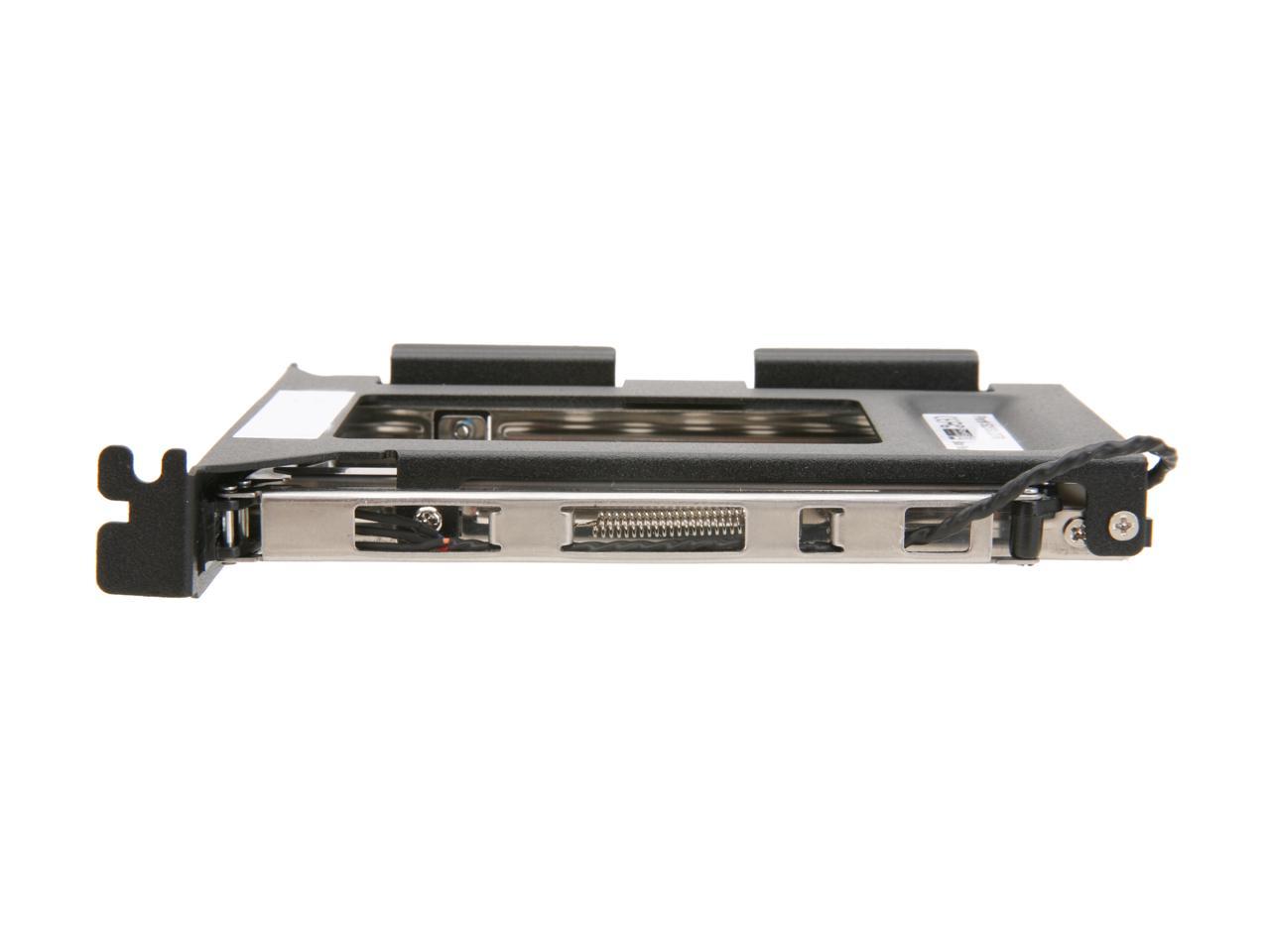 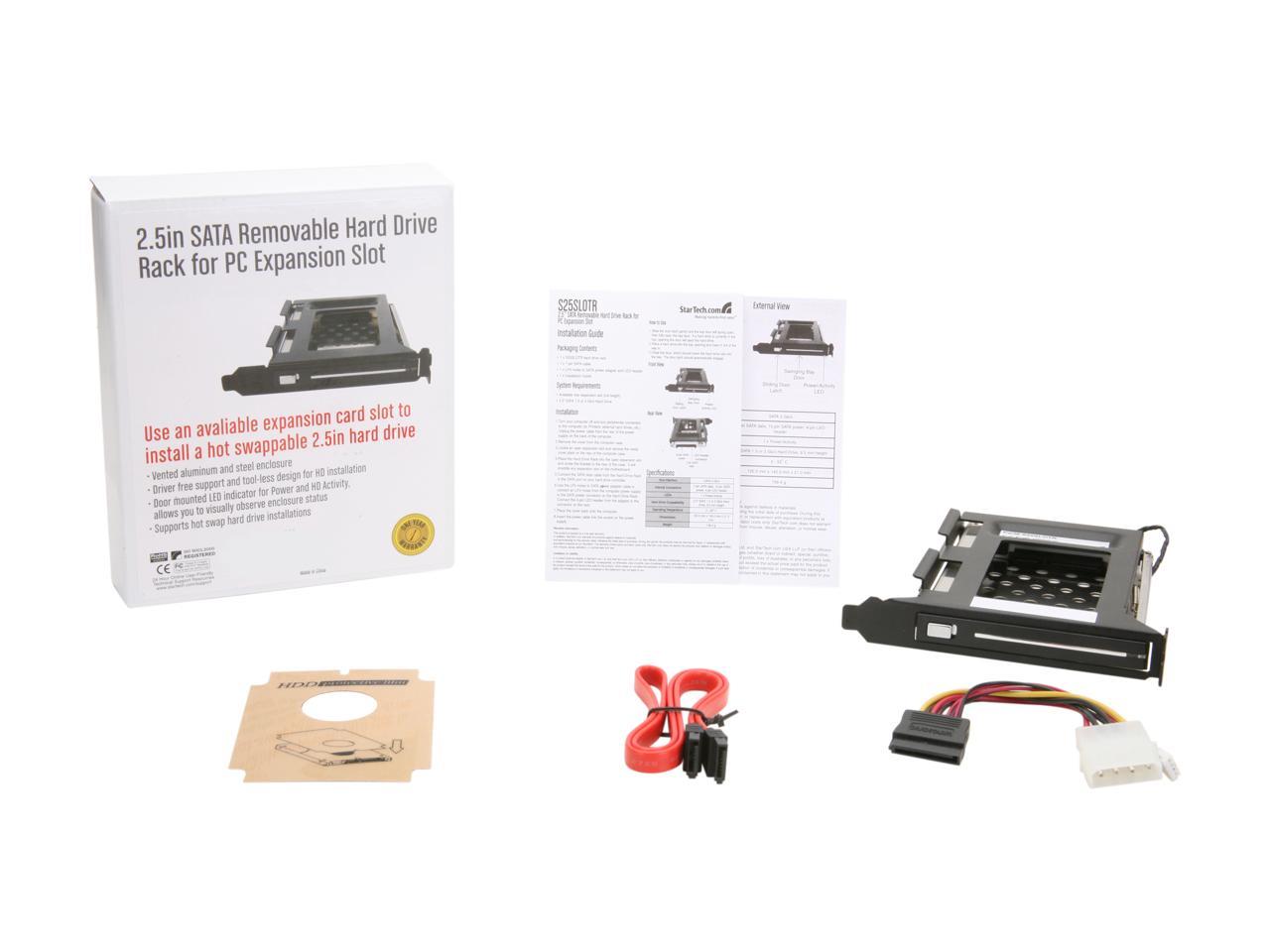 The StarTech S25SLOTR HDD rack accommodates a 2.5" SSD/SSD and can be installed into an unused full profile PCI expansion card slot. It offers a quick and easy way to maximize the space efficiency of your chassis, great for slimline systems or ultra compact PCs with very limited number of drive bays. With a tray-less design and easy-release access door, inserting or removing a drive is as easy as a piece of cake. The aluminum and steel construction is strong and durable, and doubles as a heat sink to boost the heat dissipation.

This HDD rack just takes up the space for expansion cards, but does not plug into any PCI or PCIe slot. It connects to the SATA connector of the motherboard, and draws power from the system's power supply. 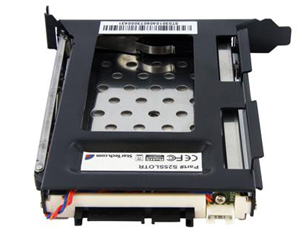 Learn more about the STARTECH S25SLOTR

Pros: Unit arrived well packaged, installed without issues, power and drive activity lights work as planned, SSD benchmark in unit was right where it should be. I ordered a 2nd one. Edited to Add - as of 2/1/17 I have 8 of these in my desktop - all working as they should.

Overall Review: I'd suggest other give this a try.

Pros: Once you get the drives in, and that isn't easy, it does seem to work.

Cons: This device is of very poor design. In the first place the guide rails allow the drives considerable "slop", so you're going to have to hunt a bit to get the drives to actually mate with the connectors at the bottom of the slots. Second, inserting the drives all the way into the connectors (and they do have to be all the way, of course) involves pushing in on the drive while its "door" is just over your finger - if you have the door all the way open, the drives won't go in far enough (due to the ejector arm); nor does closing the door push the drive in far enough. Ok, you have your drive in. Now you want to pull it out. But opening the door does not really eject the drive... at least, it does not push the drive out far enough that you can grab it effectively. Better have a pair of long-nose pliers handy. That's the first few times... after that the lever arm gets bent and opening the door doesn't even partly eject the drive. At least, though, it is then possible to seat the drive all the way without almost closing the door all the way on your finger. The only reason I installed this instead of sending it back at once is that I needed to mount two SSDs in a single 3.5" space right away. As soon as I find a better version of this product, this one's going in the trash.

Overall Review: Really deserves 0 eggs. I have literally never had a bad experience with either Startech or Newegg in the past. I am appalled that Newegg is selling such a thing.

Cons: - the build quality is not great, have to bend the black plate to insert in the slot. - MUST use a PCI slot to stabilize it, or it will bend downwards because of gravity. - if you mind to reach to the back of your case to change a HDD

Overall Review: I bought this one because I don't have any space on the front panel and I hate cables from USB laying around. This is generally a good product but you have to make sure your mobo has a empty PCI slot to hold this thing.

Pros: Needed this to add a 6th drive for boot purposes only. I stuck a 2.5" SSD drive Sata II.

Cons: You need to mount this unit in an expansion slot that has a PCI slot there. Unit uses it to support it up. Without it, I'm not sure if it is stable.

Overall Review: Newegg should let people know that this unit requires a board with a PCI slot, not a PCIE slot. PCIE slots will not work to support the unit.

Overall Review: This is EXACTLY what I was looking for.

Pros: Easy to install, the door is easy to open with the slide latch. This is a great product and appears to be well built. Have had no issues with it.

Cons: Have to reach around to the back of the server to get the drive in and out, but it's easier than removing the server from the rack every time I want to change the drive to try a new OS.

Overall Review: I was able to add a boot drive to the back of my HP DL120 server, plugged it into one of the internal SATA ports. Allows me to use all of the RAID drives for storage. Also allows me to change the SSD and test other Operating Systems without destroying the first one. Works with all of my SSD's and 2.5" hard drives, even the thin ones that won't eject from the iStar front mount removable drive bay because the drives are too thin and the latch just slides over the drive instead of pushing them out and you have to find some tools to reach in there and extract the drive manually trying not to damage it while doing so. I am buying another one for another server.

Pros: Was looking for a way to have trayless ssd in trayed 3.5 inch environment, and this is it. Looks very well done. May have some issues with some ssds but I have corsair and crucial and both work fine. They made it mechanically like a 3.5 inch drive, so it can work in trayed 3.5 if take to front off.

Cons: Haven't seen any yet

Pros: This is a slick way to add additional hard drive when you don't have an open bay. Drive just slips in and the spring loaded door snaps shut. To remove drive unsnap the door and the drive slides out. Fit any open card slot. Used mine on a PCI slot and it fit nicely.

Cons: Come with a drive lite which I find useless because it is on the back of my case and you can't see it.