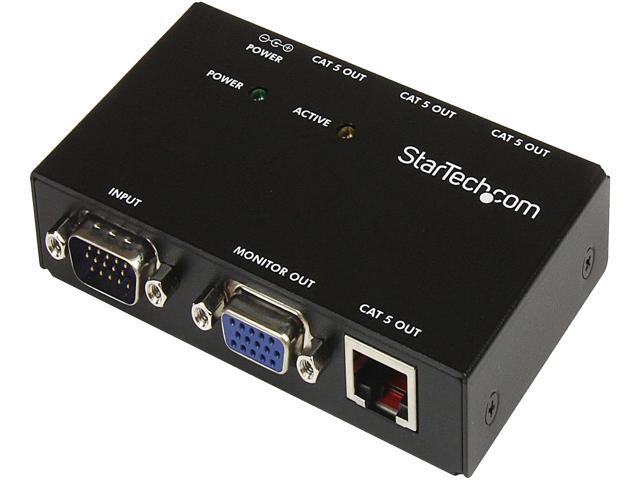 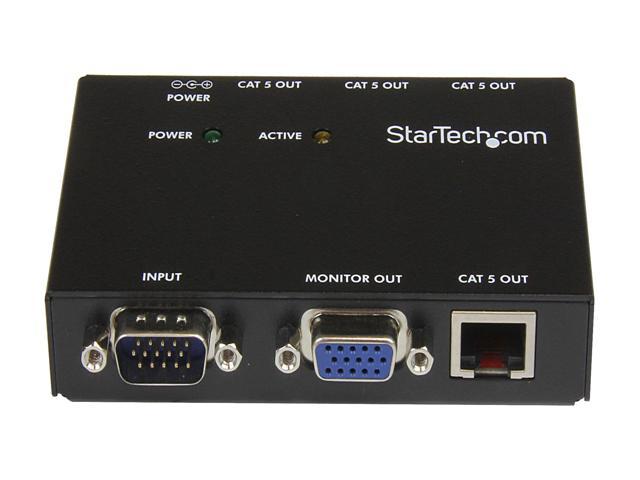 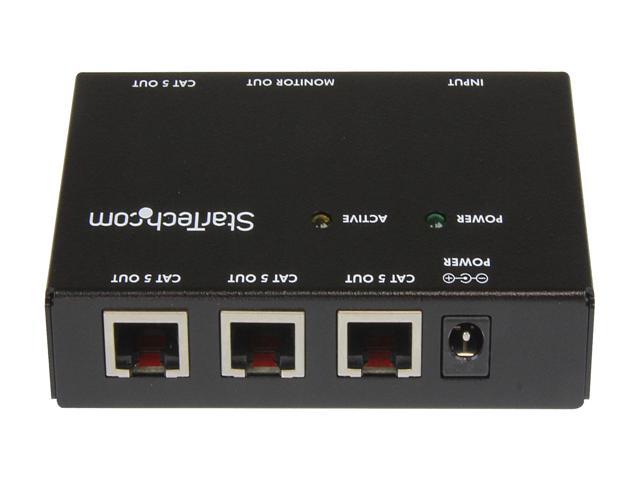 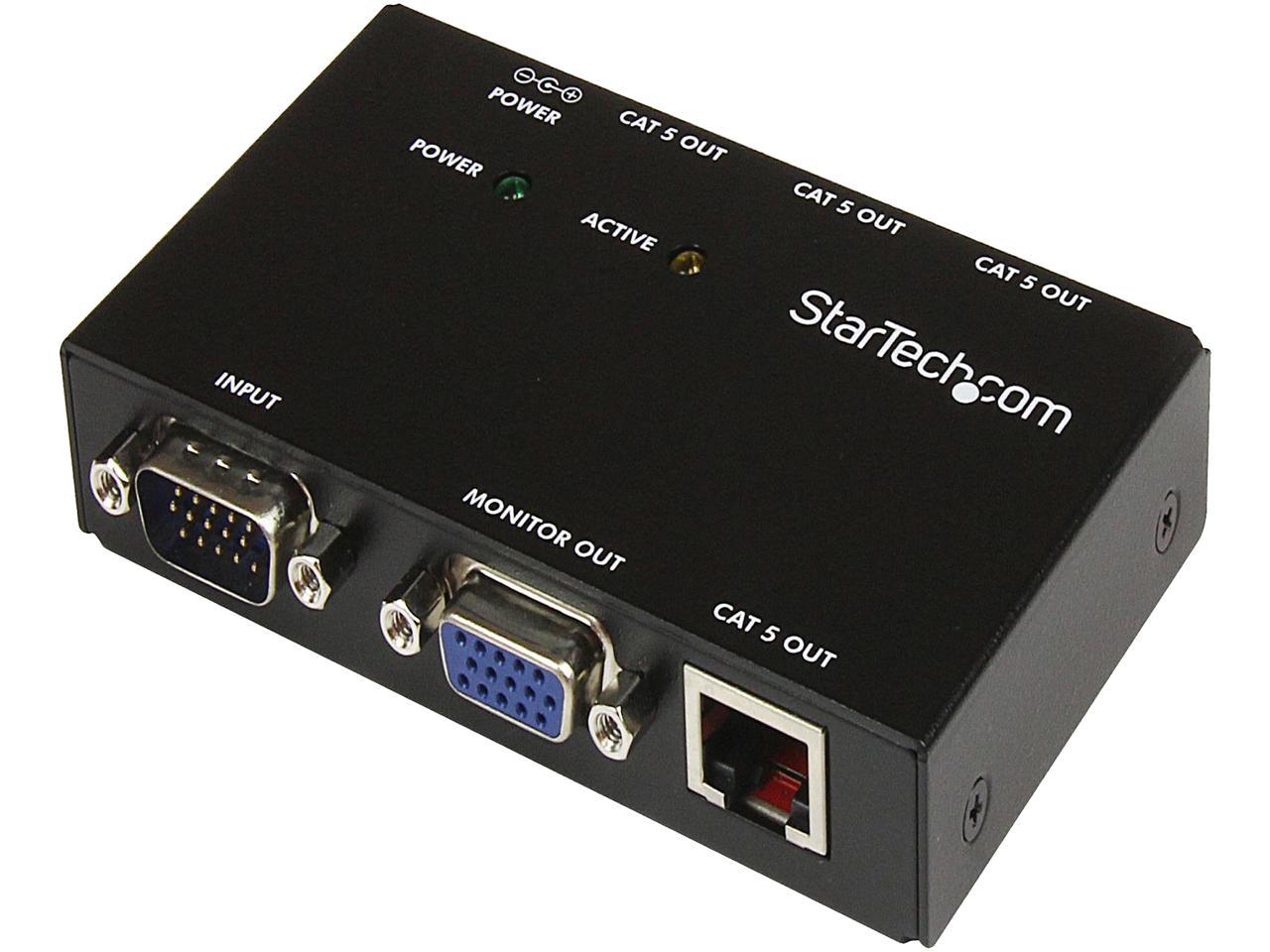 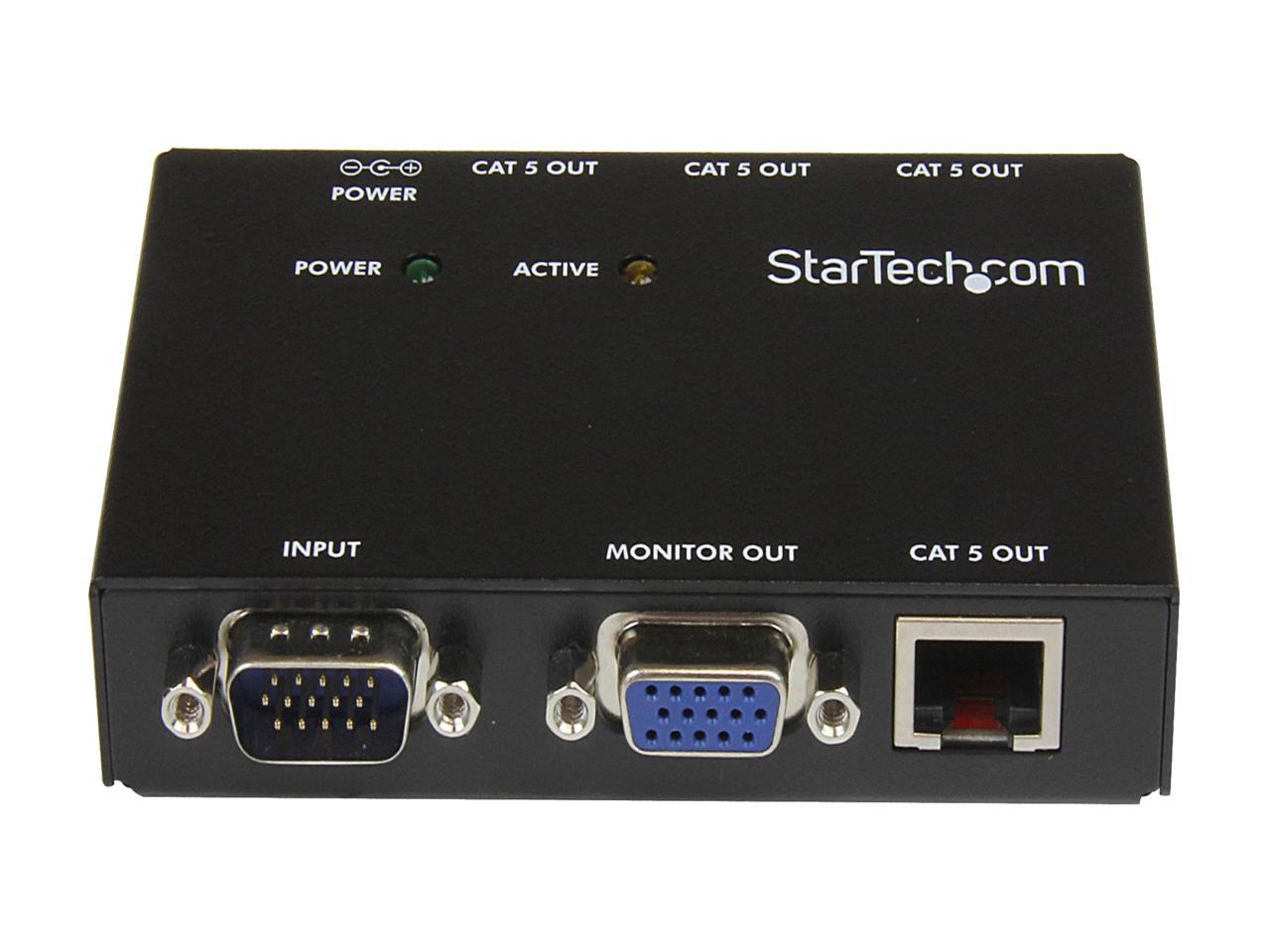 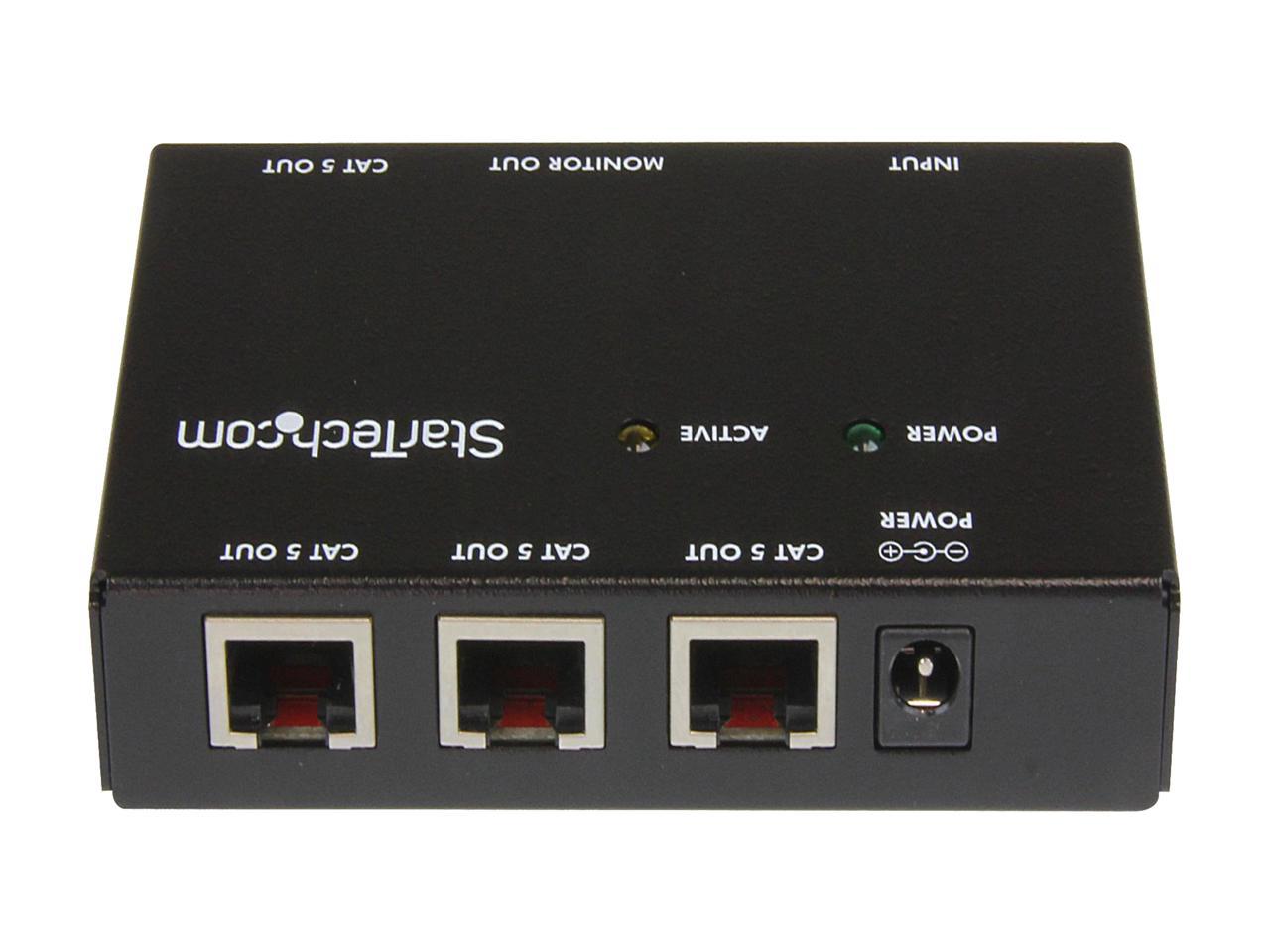 Use the StarTech ST1214T to extend and distribute a VGA signal to four remote displays at distances of up to 500 feet (150 meters) over a Cat5 cable. At each remote display, a ST121R receiver is required. You can also use the ST121EXT VGA repeater to extend VGA signals to additional displays, at greater distances. Up to three repeater units can be used between the transmitter and receiver units. An eight-port transmitter ST1218T is also available, allowing you to extend VGA signals to up to eight displays without using the repeater. Learn more about the STARTECH ST1214T

Customer Reviews of the STARTECH ST1214T