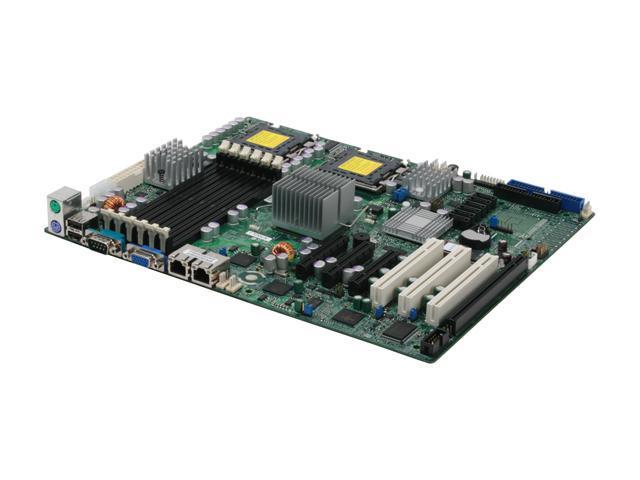 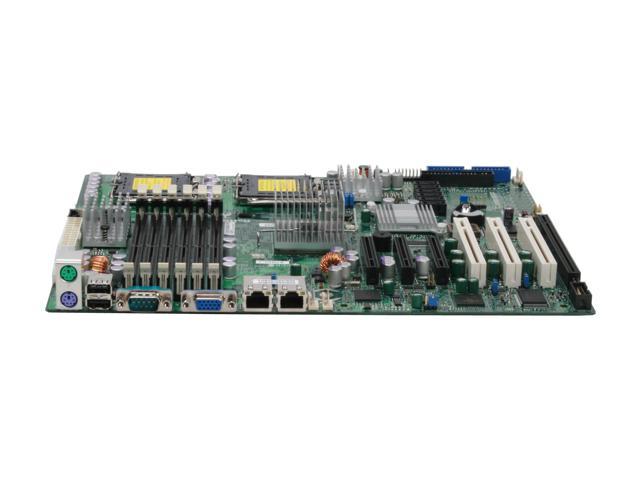 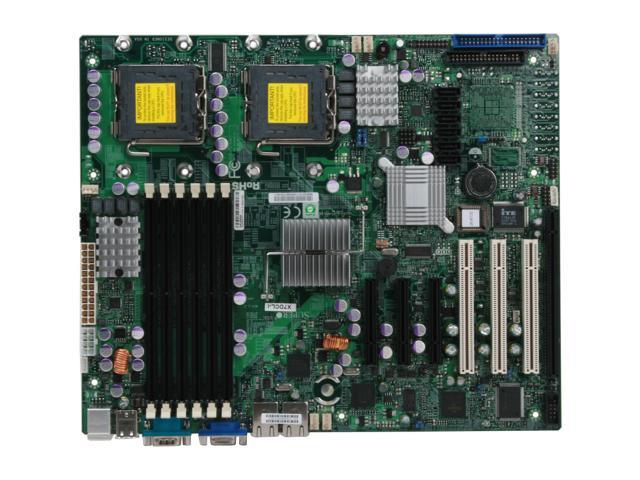 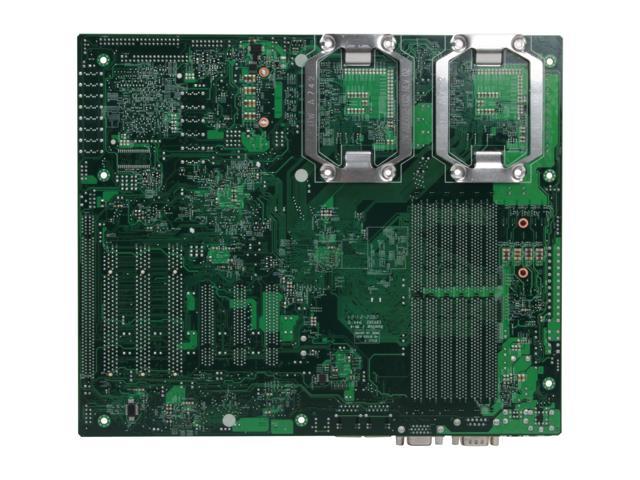 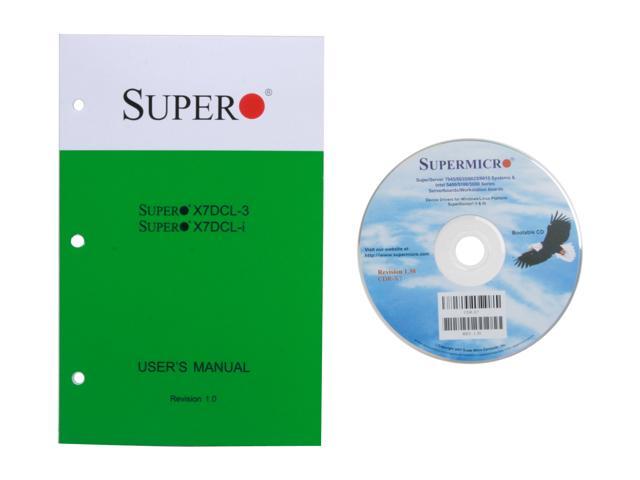 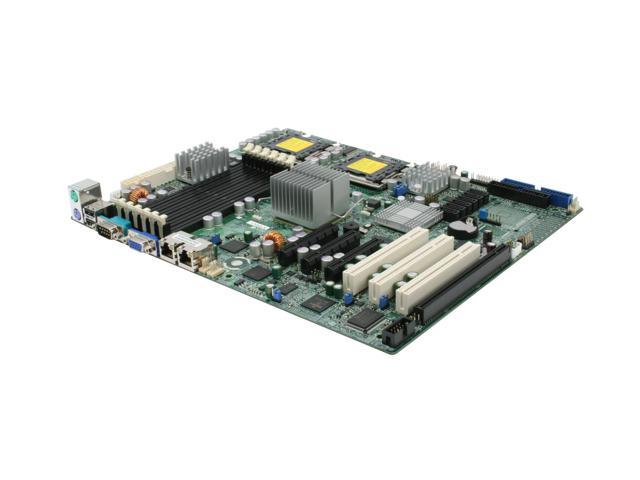 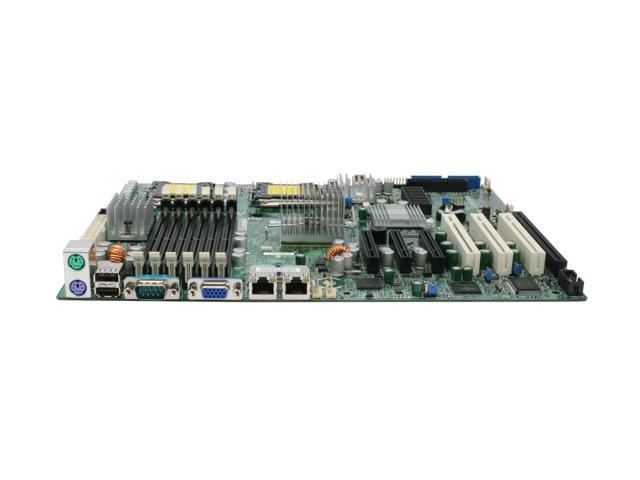 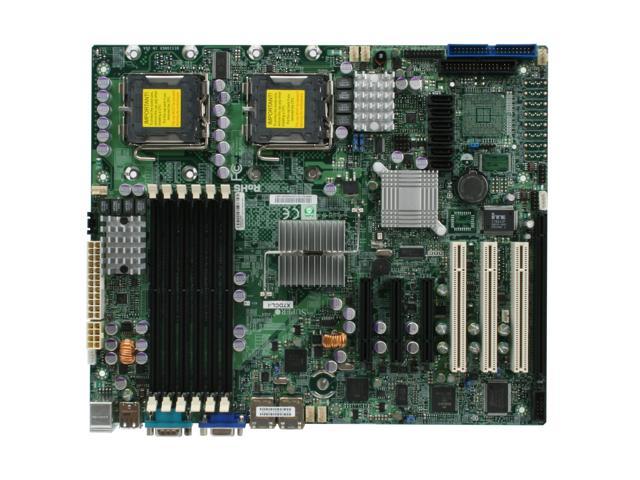 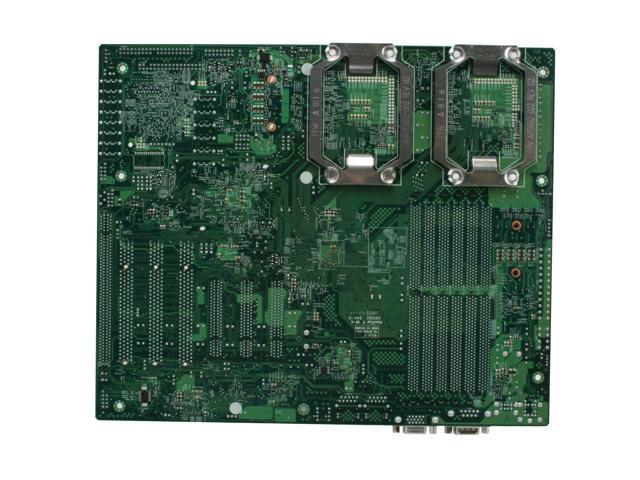 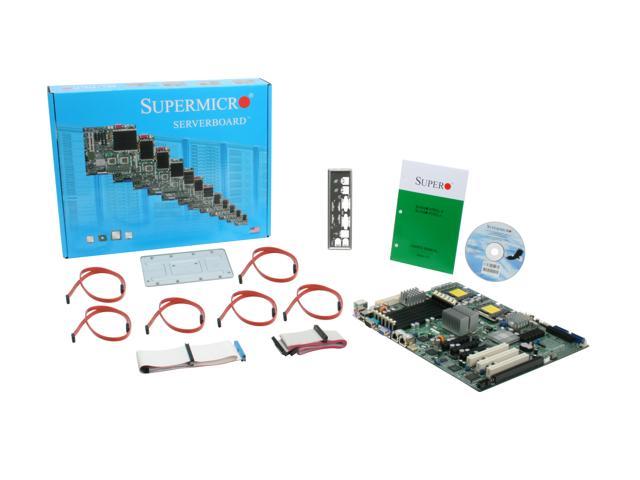 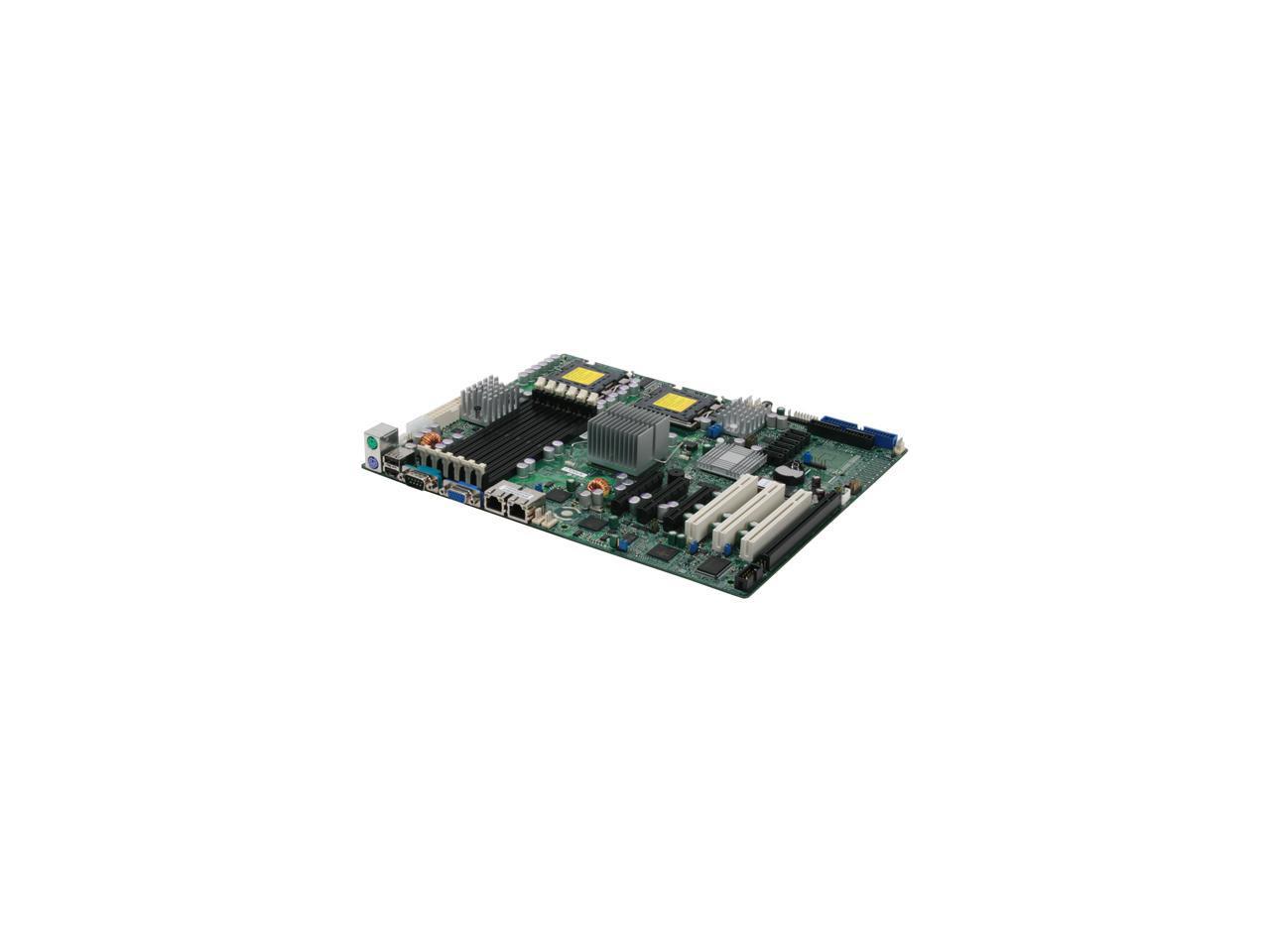 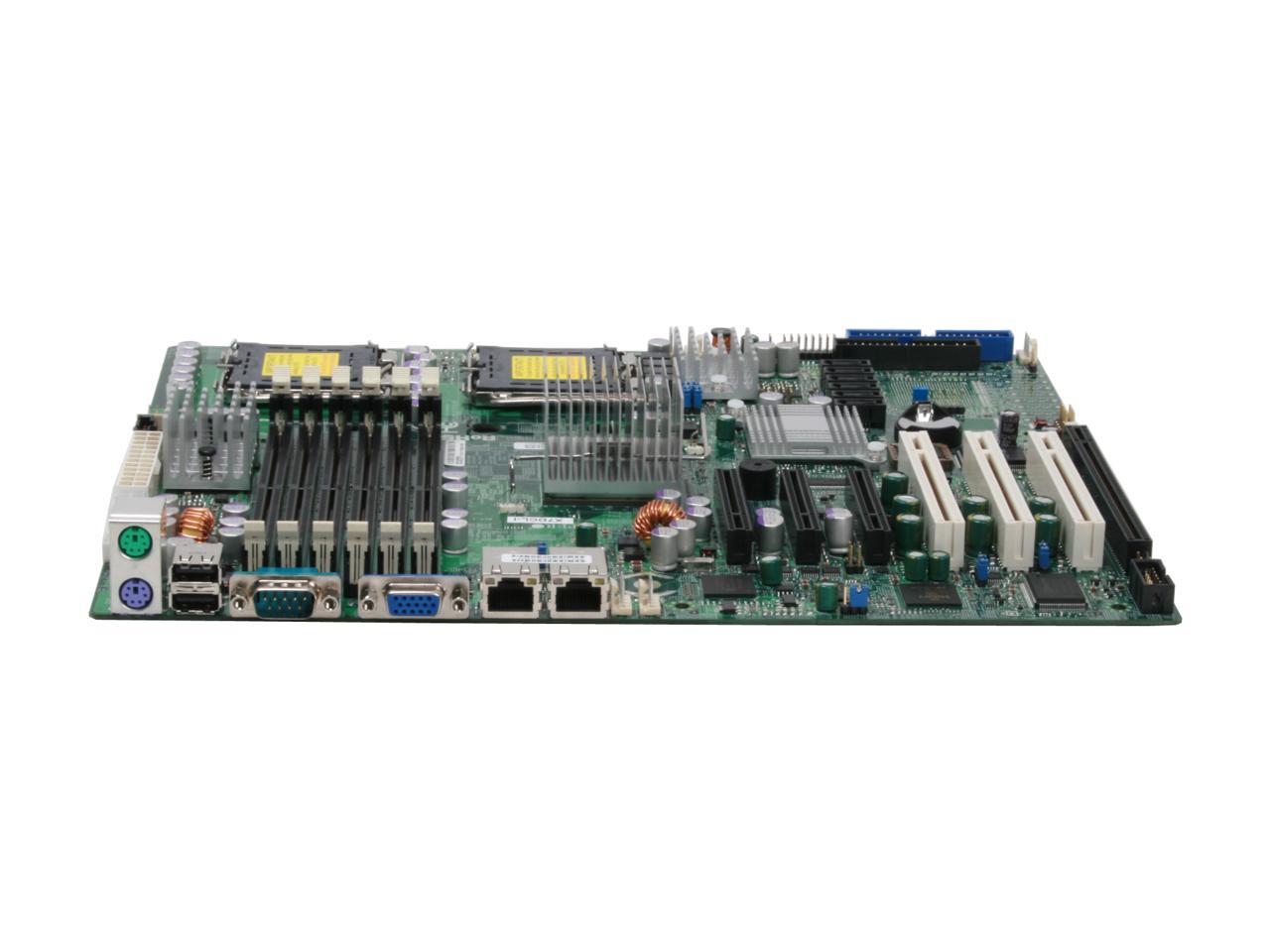 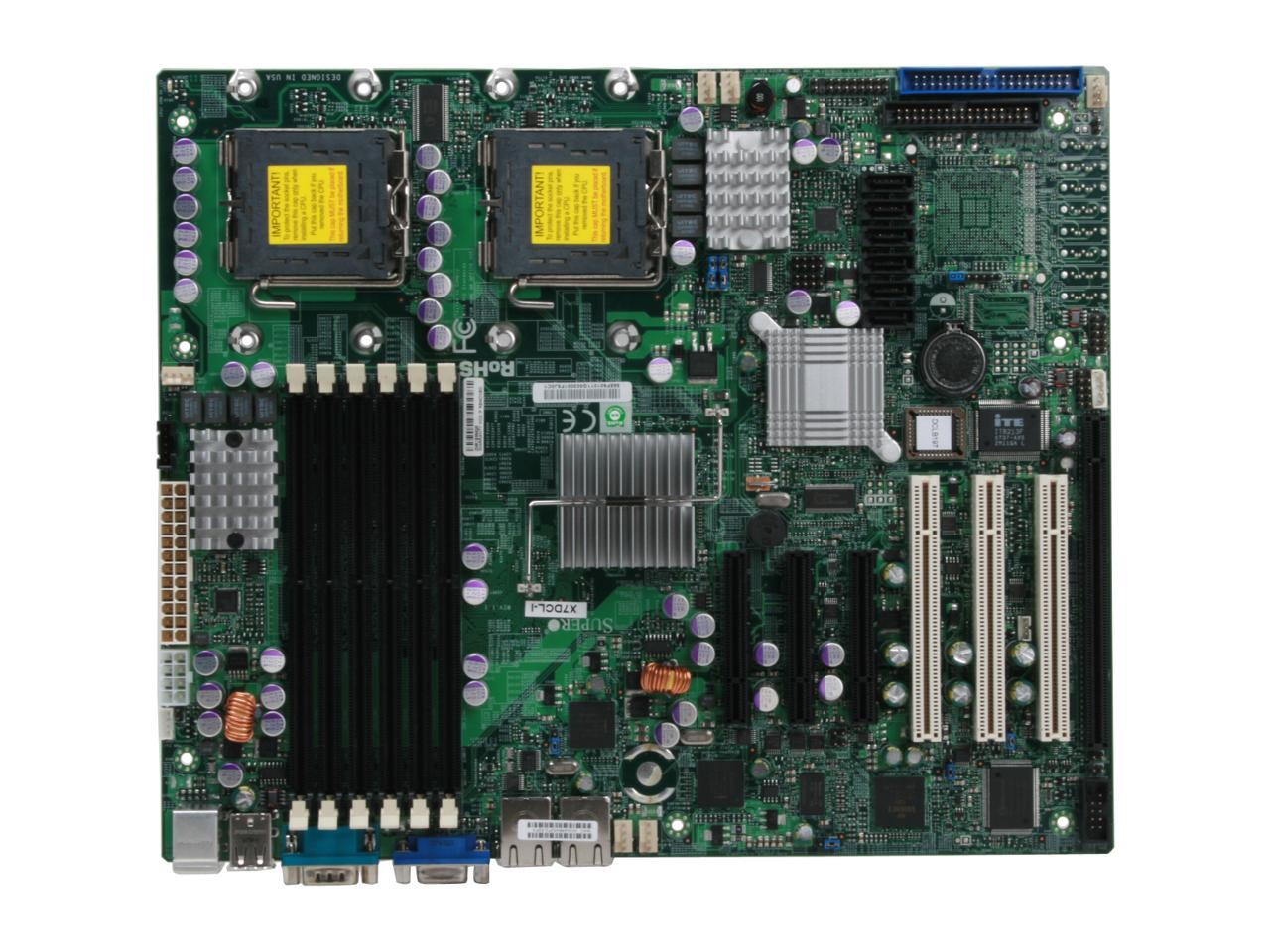 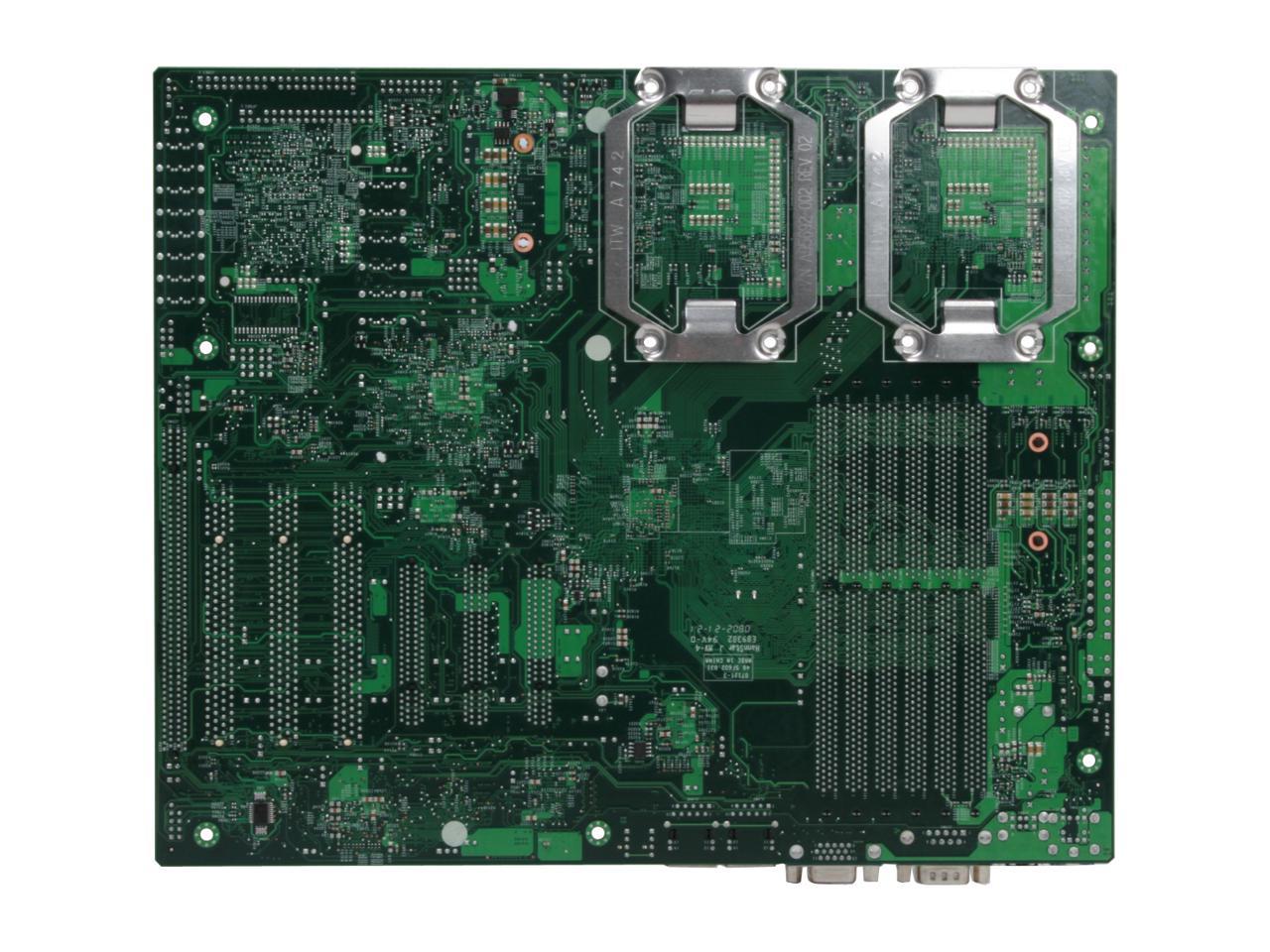 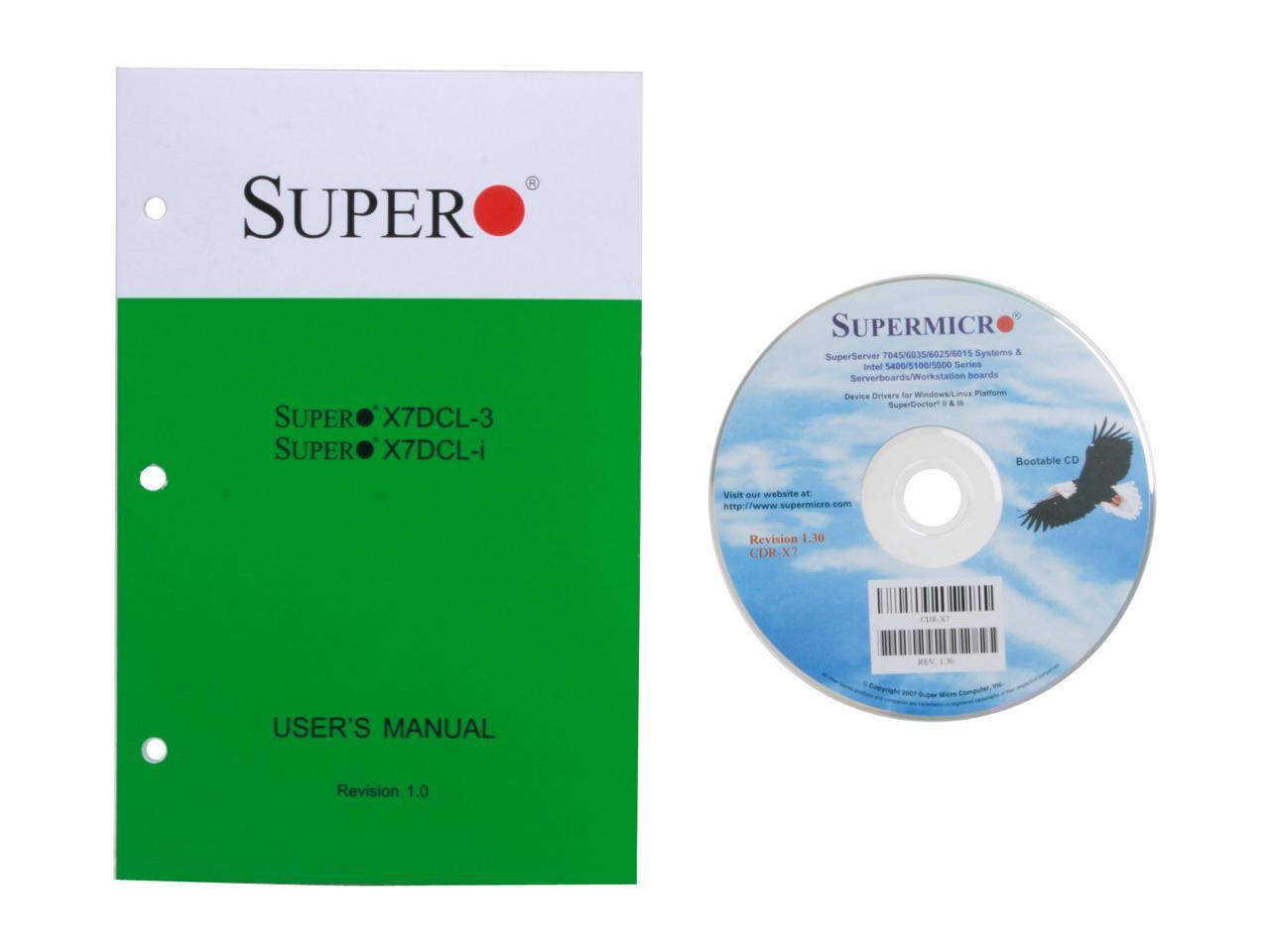 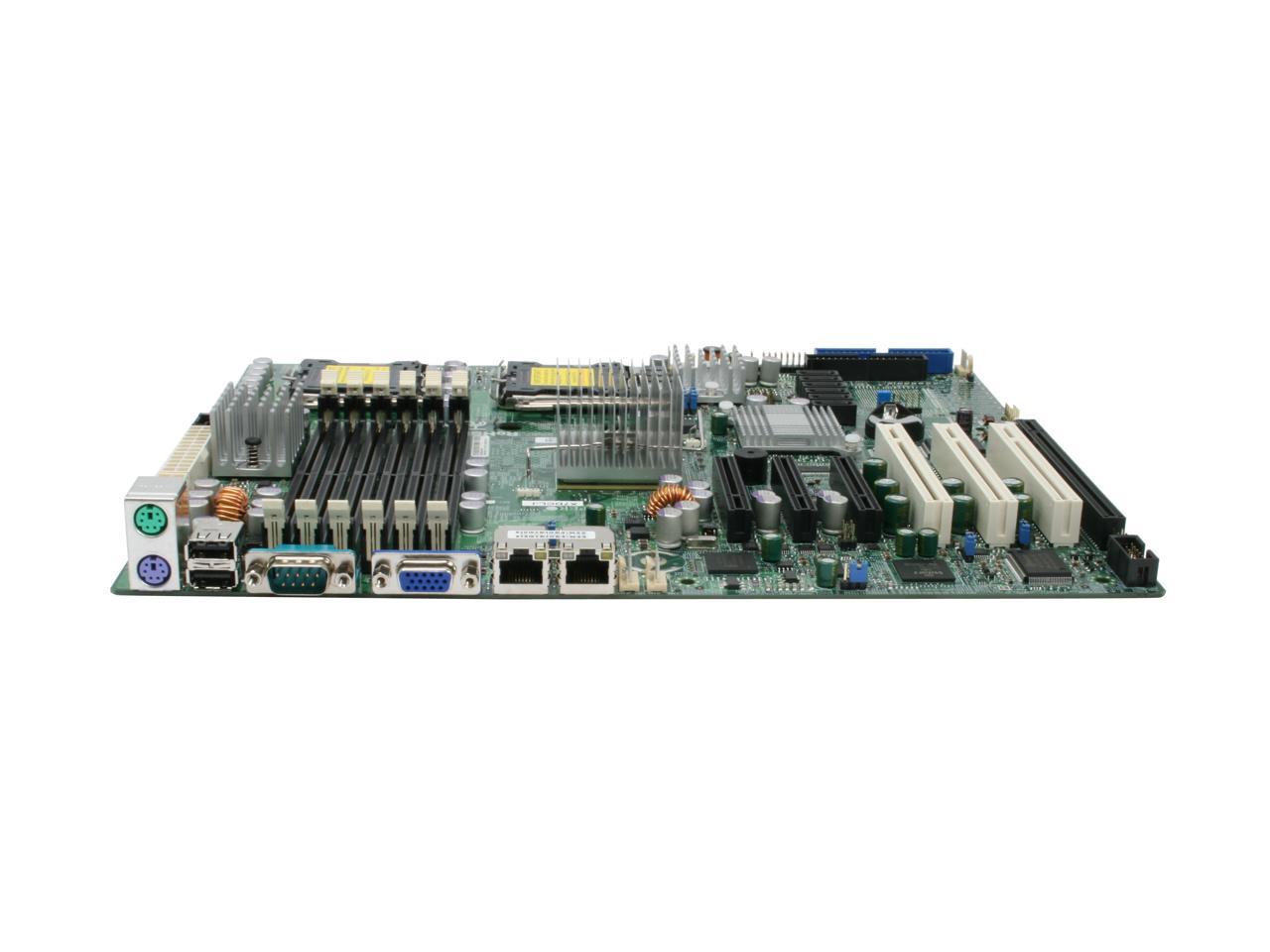 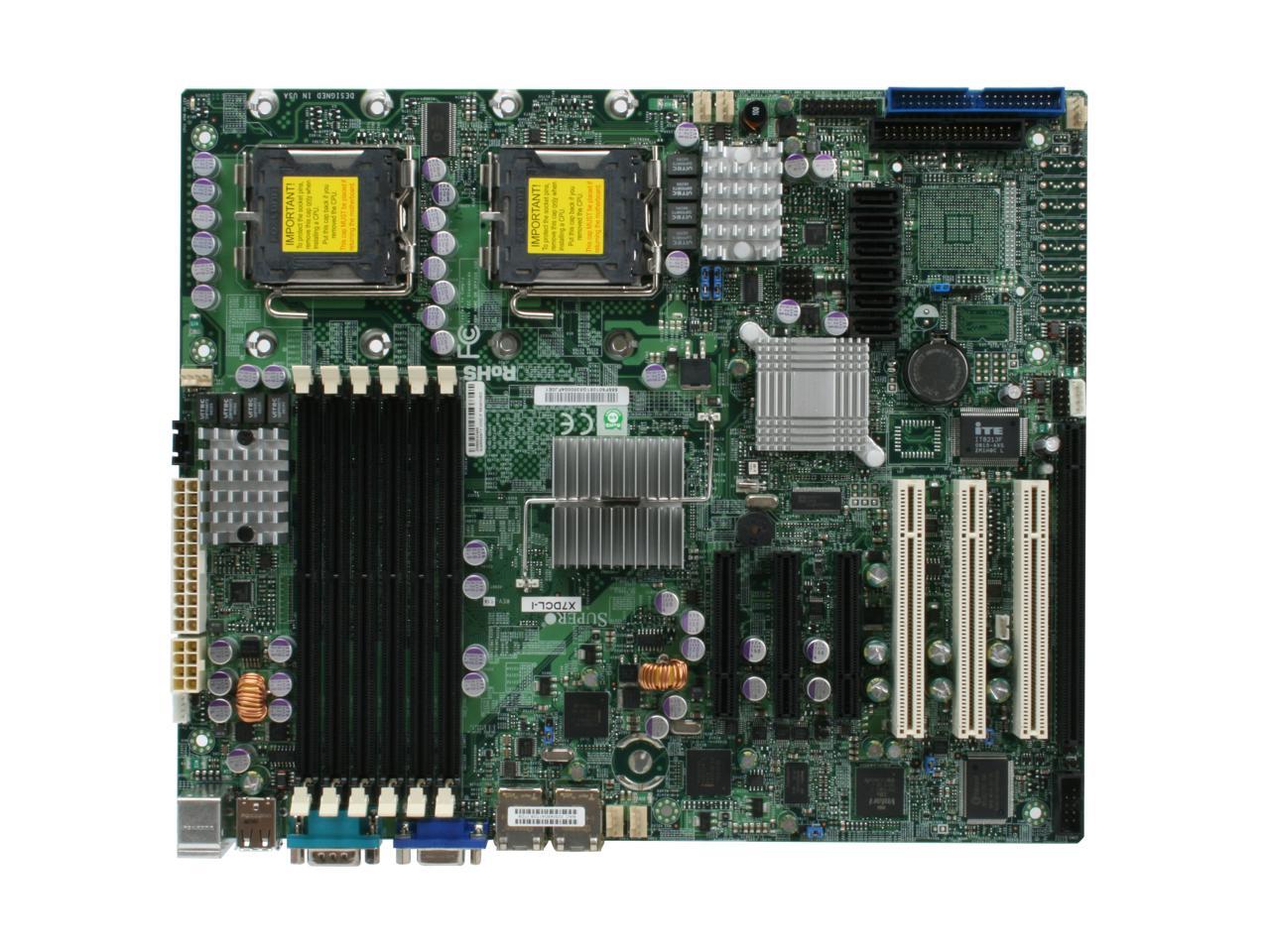 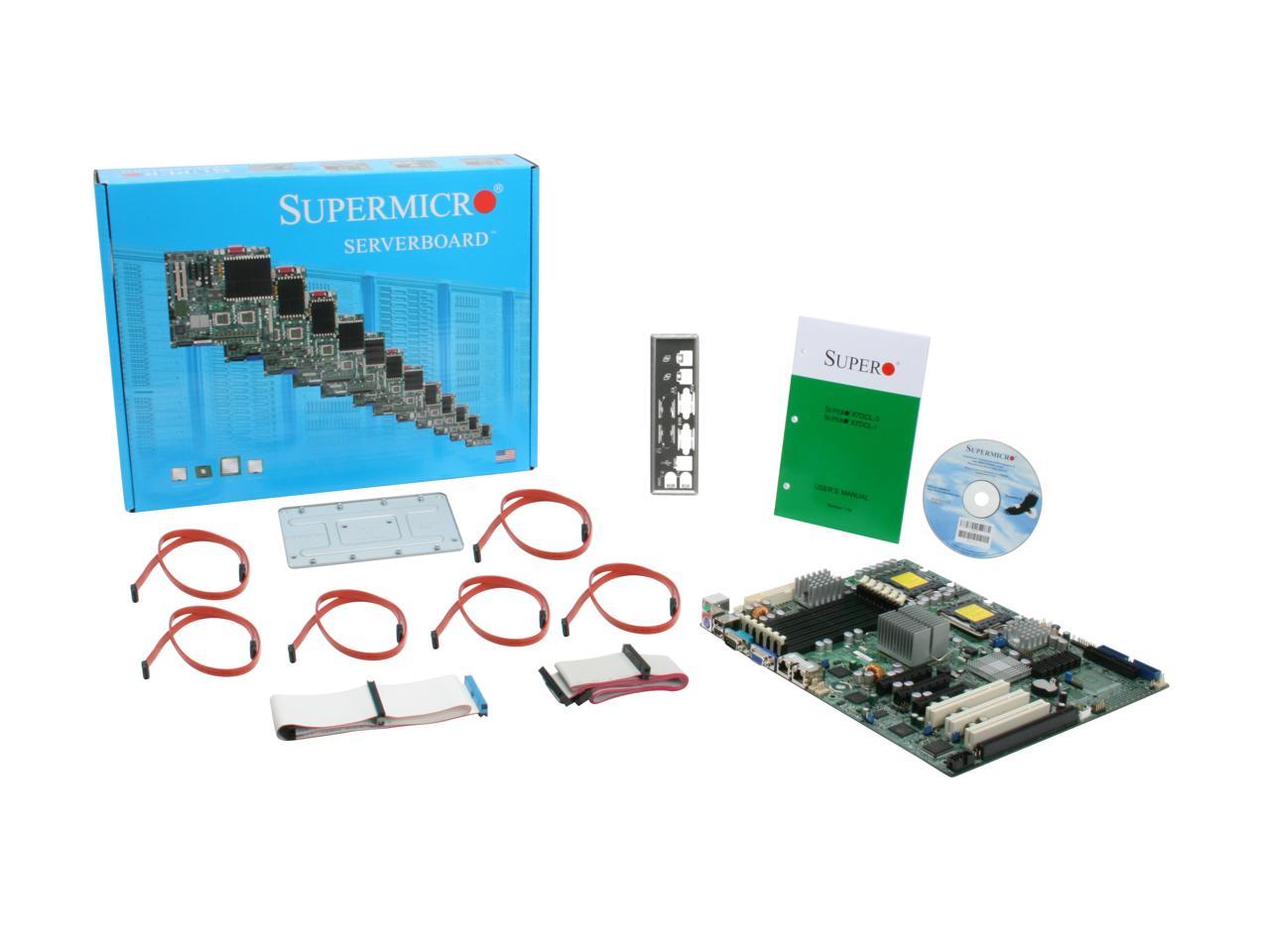 Learn more about the Supermicro MBD-X7DCL-I

Pros: Relatively cheap for a server board. ATX form factor fits plenty of cases. 5100 chipset lets you use registered, ECC memory instead of FB-DIMMs. Boots fast.

Overall Review: I didn't really think these qualified as cons but just some thoughts: 1. Memory slots are right next to CPU1. With stock HSF it was a tight fit opening the tabs of the slots. Might be something to think about if using a 3rd party HSF. 2. Didn't have any trouble fitting the 8-pin power connector. 3. About the single rank DIMMs. If you read the new manual on Supermicro's site it says that rev 1.0 of this board can only take single rank DIMMS. Rev 1.1 can take dual rank DIMMs in slots 1 and 2. And Rev 1.1a can use all single rank DIMMs. Got this board about a month ago and was shipped rev 1.1. 4. 6 fan headers (2 for CPUs, 4 for chassis fans). 2 of the chassis fan headers are in the back. The fans in my chassis were all up front and the cables didn't reach so I had to buy some extensions. Have this paired with dual Harpertowns E5410s, 4gb Kingston ValueRam Server memory, and an LSI Megaraid 8708EM2 raid card in a Supermicro 743-TQ. Booted right up first time no trouble.

Pros: This board uses the San Clemnte (5100) chipset which allows a person to use Registered ECC DDR2 memory instead of the Fully Buffered DIMMs that is required by the 5400 chipset. The upside is that the system will not consume as much power, the down side is the less maximum memory support. Still for most people 32GB would be more than what they will install. This board works great with Windows, FreeBSD, and Linux. For Linux I had to make a driver disk for the IDE port (Google IT8213F) otherwise it would not detect the DVD drive. I've been running CentOS 5 on it for about a week so far and have not had any major issues. I recommend enabling C1E but leaving EIST disabled as it would not detect the speeds properly.

Cons: It would have been nice to include the linux drivers for the PATA port on the CD. The capacitors are extremely close to the 8pin power connector up top. If the clip on your connector is bigger than usual then you will have to file it down to make it fit (I had to).

Overall Review: This board is regular ATX size, and it included the retension bracket which fits into the stock ATX holes on a case. It would have been nice if they had 64bit PCI-X slots instead of just regular 32bit PCI.

Pros: Great ATX-sized board can fit in many cases that wont handle an Extended-ATX size.

Cons: To use more than two sticks of RAM you *must* purchase single rank DIMMs. I didn't and had to RMA. Single rank DIMMs are about 2.5 times more expensive, making them as much as FB-DIMMs, so you don't get the cost saving. You do get the speed and power savings though. The manual also states that you need an SSI power supply. Didn't read that until I actually got the unit. I have a server power supply, with EPS, but I don't think its SSI. The product page says "ATX" power supply. I find this unclear and frustrating. Seems to work...

Pros: Great price for a quality server motherboard with onboard raid.

Cons: The only thing I can think of is that the memory slots are too close to the processors.

Pros: has 2 8x PCIe slots that actually run at 8x and a 3rd that runs at 4x. great entry-mid level server board.

Overall Review: i searched for weeks looking for a board for my file/media server. this was the best for balance of price vs features. i have 2 areca raid controllers on this, in the 2 8x slots. together they can handle 20 1TB drives and it is sooooo fast. only have 1 proc but will get the second soon.s

Cons: Runs only with ValueRAM, do not buy FB-DIMM does go into the slot.