Feel 100% satisfied with your purchase -- with no restocking fees & no return shipping costs* within 30 days of delivery. Learn More
Newegg’s gift-wrap service is the ideal solution for making your gift special! Select your item as a gift, then add your message. Your gift will also be discreet with no prices being included on the packing slip.
Price Alert
Add To ListFound on 11 wish lists 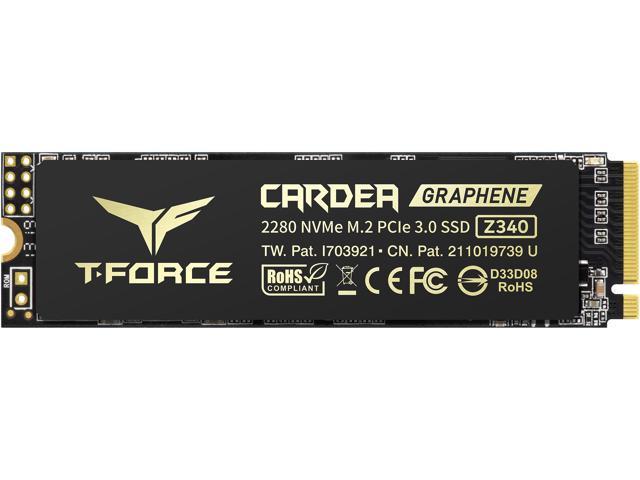 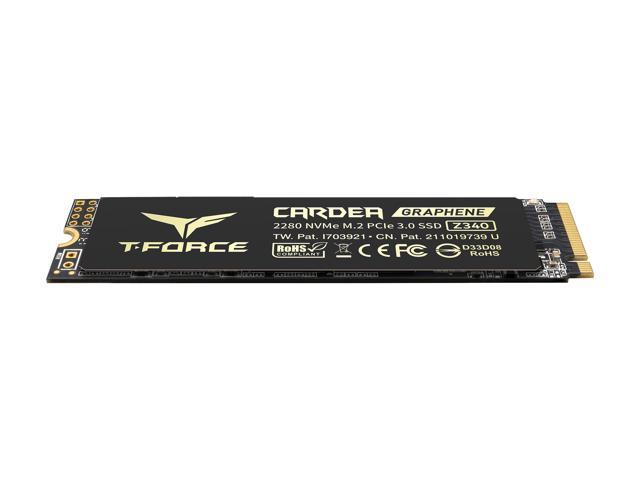 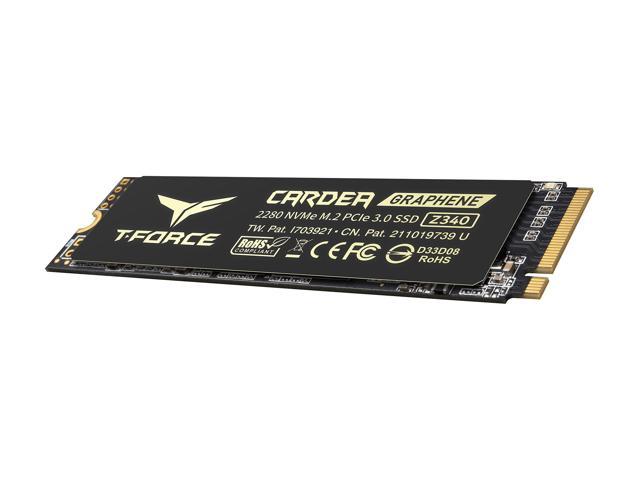 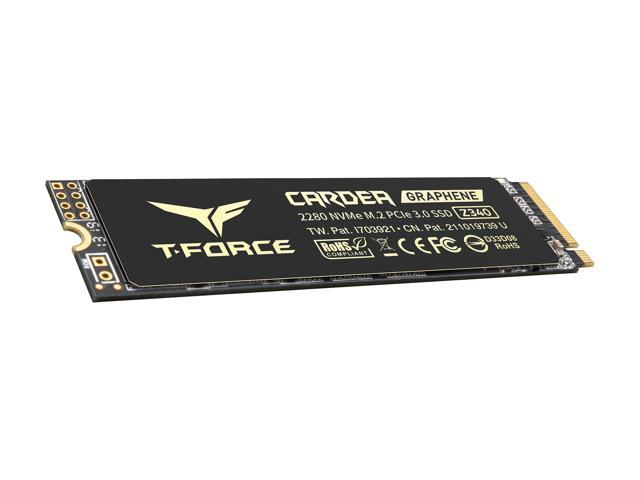 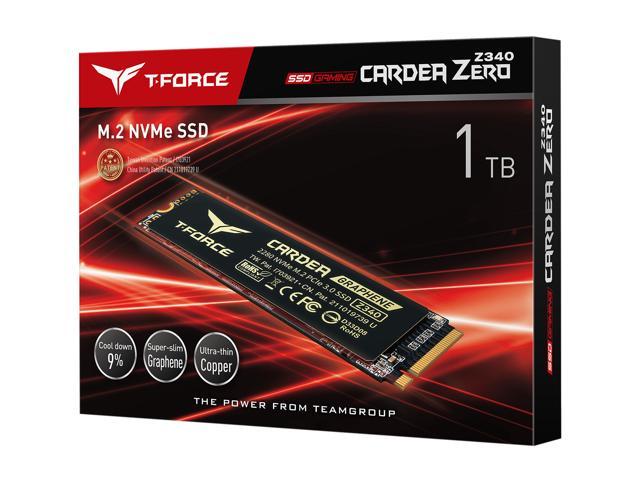 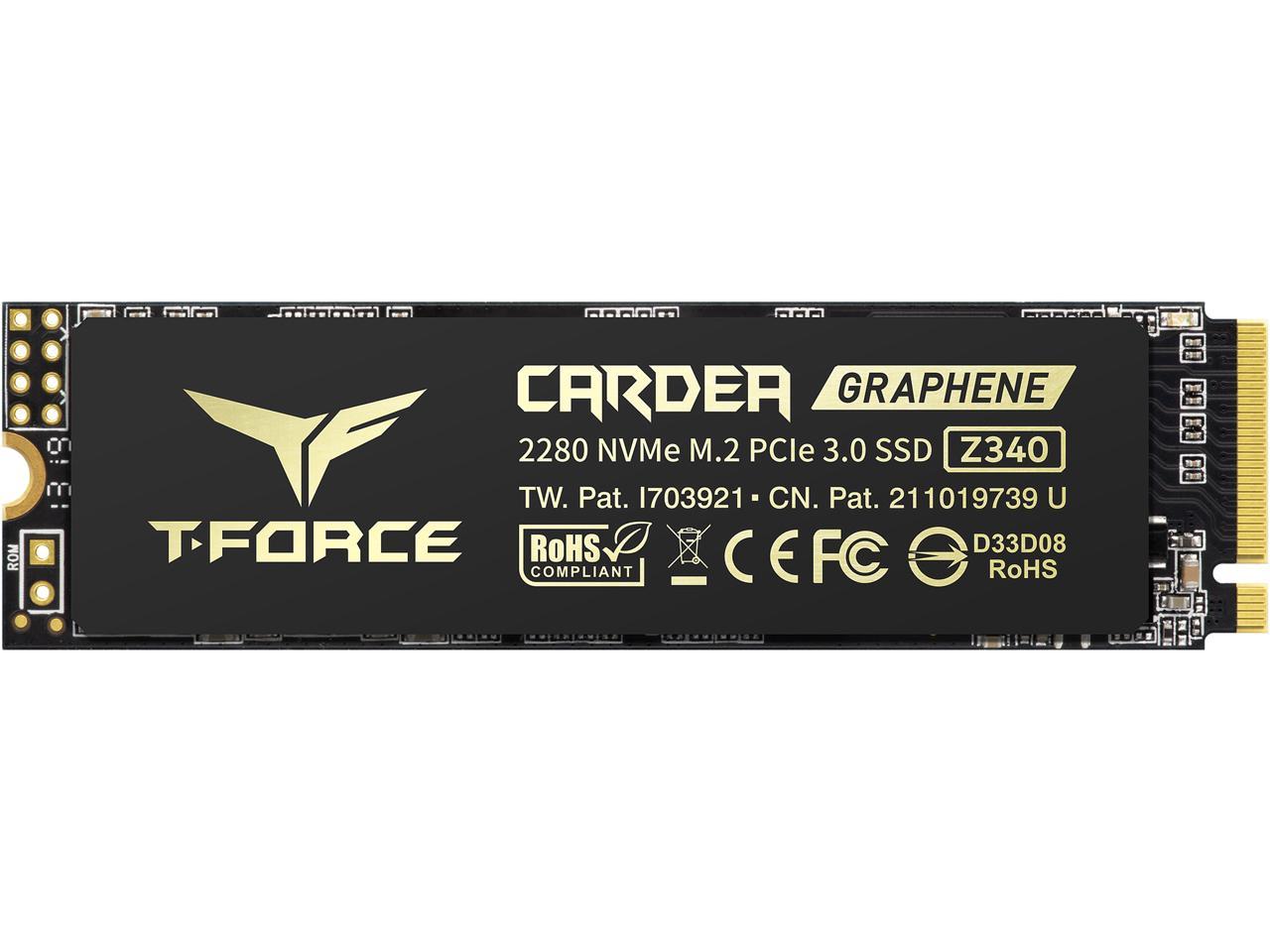 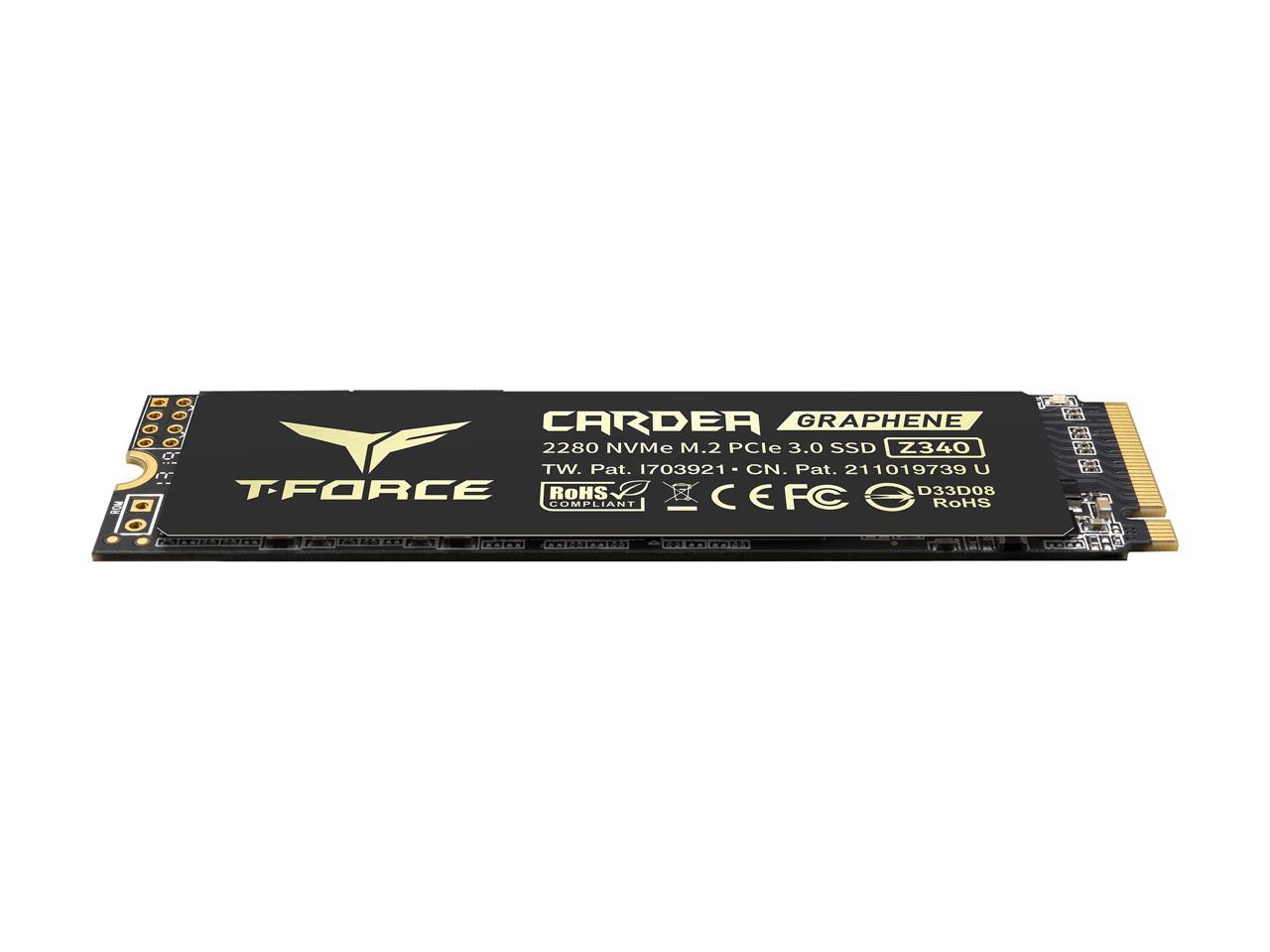 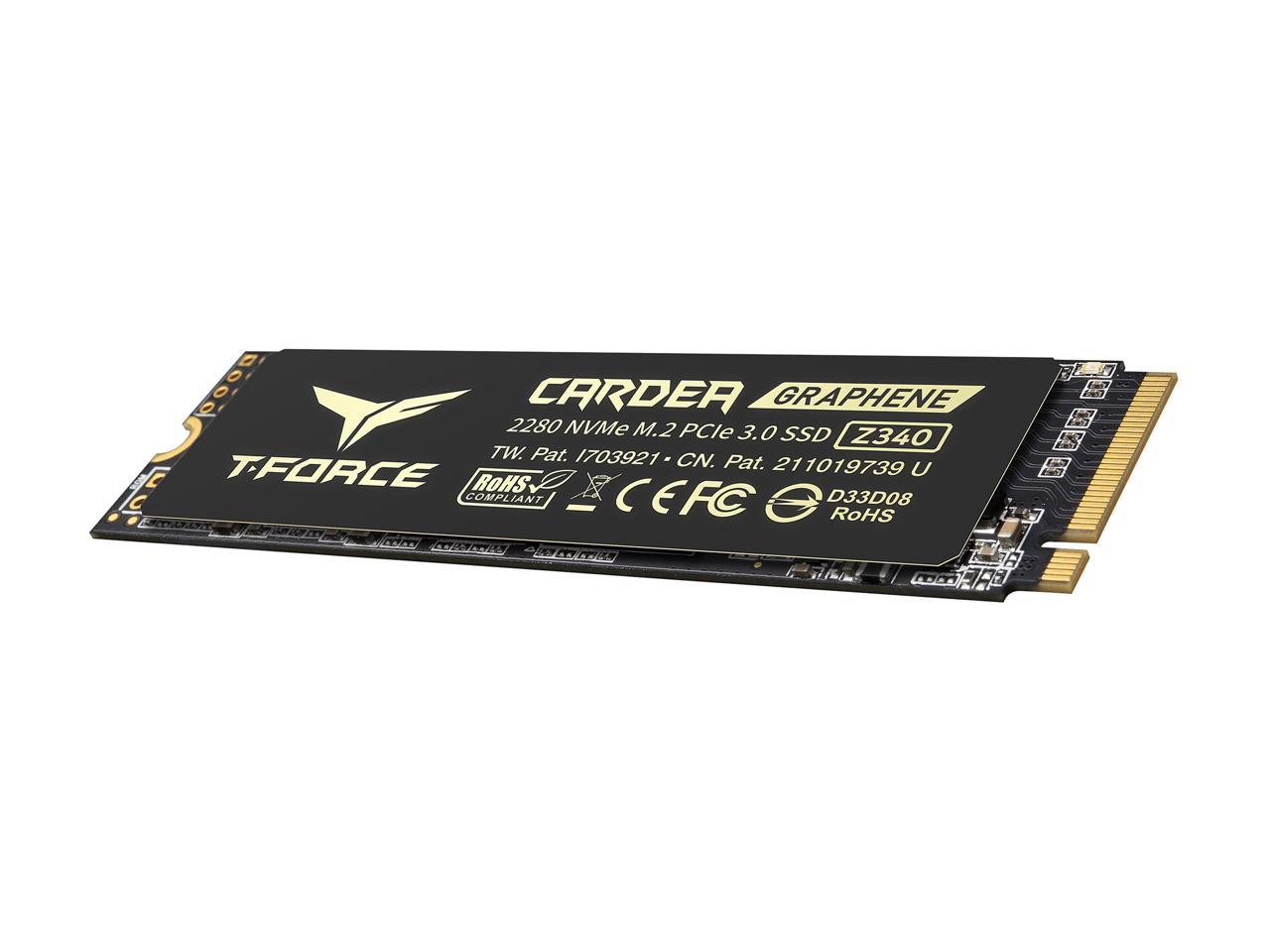 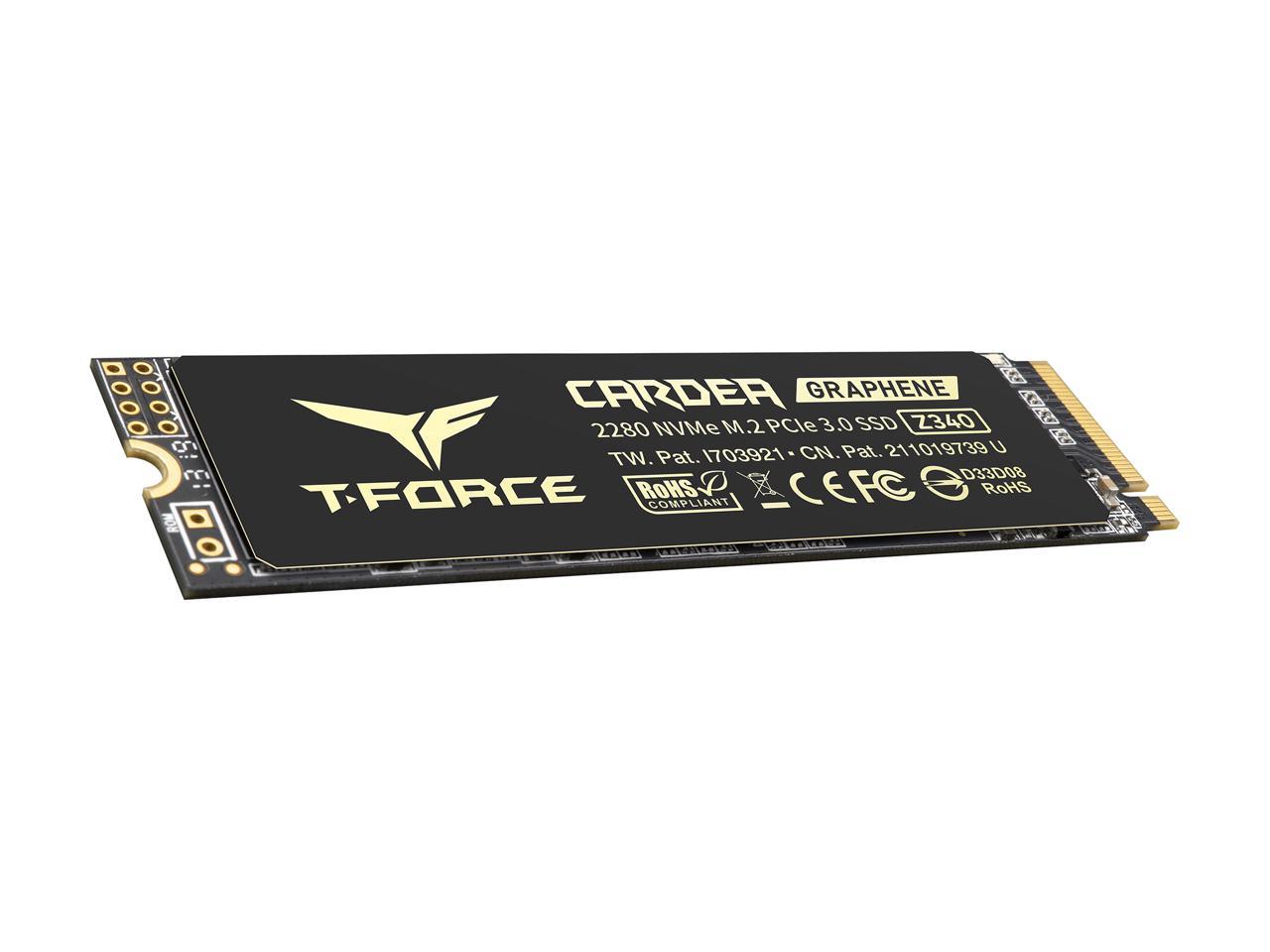 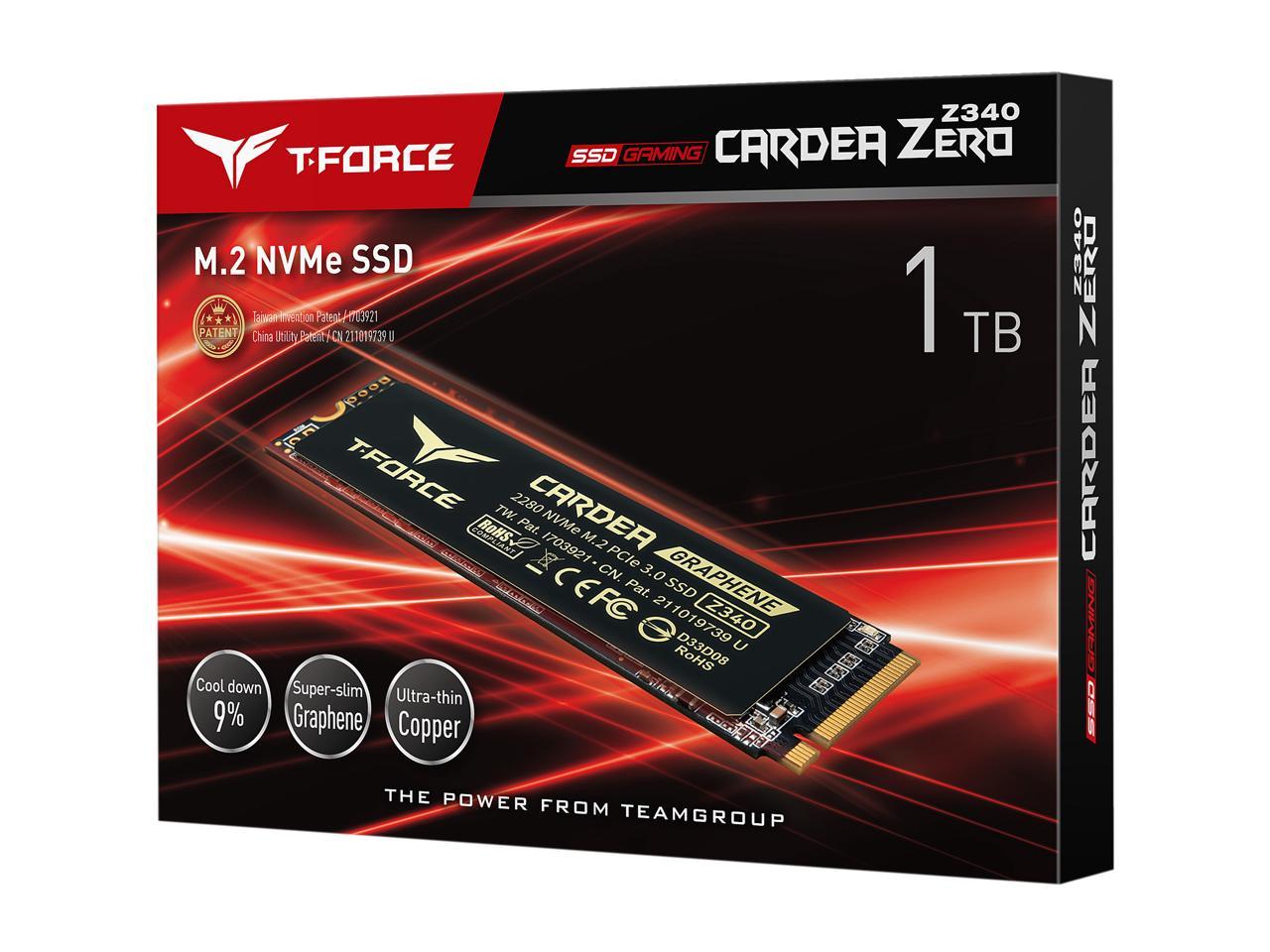 [1] This product is compatible with Intel and AMD platforms, and the performance result is tested on a motherboard that supports PCIe 4.0 interface by the T-FORCE internal laboratory. The actual speed may vary depending on the software and hardware conditions of the platform.

T-FORCE CARDEA ZERO Z330 and Z340 M.2 SSD have patented graphene copper foil cooling module developed by the T-FORCE laboratory. The graphene, copper foil and insulation layer are glued together by special stacking technology. The thickness is less than 1mm which can effectively eliminate the problem of limited installation space.

T-FORCE CARDEA ZERO Z330 and Z340 M.2 SSD have passed the long and rigorous test and burn-in test by T-FORCE internal laboratory. During 3 hours of continuous reading/writing, they are able to provide more than 9%[2] of cooling effect! These three elements showcase a superb three in one heat dissipation performance: thermal conduction (graphene), thermal radiation (graphene) and thermal capacity (copper).

[2] The experimental data is based on T-FORCE internal laboratory's test result. Under the same condition, the temperature test data is according to the comparison of the non-heat spreader M.2 PCIe Gen4 x4 SSD and the T-FORCE CARDEA ZERO Z340 Solid State Drive. The relevant test environment is simulated under a fanless environment using mask. The actual speed may vary depending on the software and hardware conditions of the platform.

[1] 1GB=1,000,000,000 Bytes. In OS system, it would be displayed as 1,000,000,000 Bytes/1024/1024/1024 = 0.93GB
[2] Definition and conditions of TBW (Terabytes Written)are based on JEDEC standard
[3] Transmission speed will vary according to different hardware/software conditions, therefore the data can only use for basic reference.
[4] PCIe SSD works best under WIN8.1 and WIN10 operating system. Windows Operating Systems earlier than Windows 8.1 does not support NVMe Driver natively. Users will need to install NVMe Driver prior installing the SSD.
[5] The SSD is based on the TBW or Warranty period.
* All the test data is provided by TEAMGROUP's laboratory and the information of test data is only for reference. We reserve the right to modify product specifications without prior notice.