Purchases from these Sellers are generally covered under our Newegg Marketplace Guarantee.
781 Ratings (90% Positive)
Sold and shipped by: 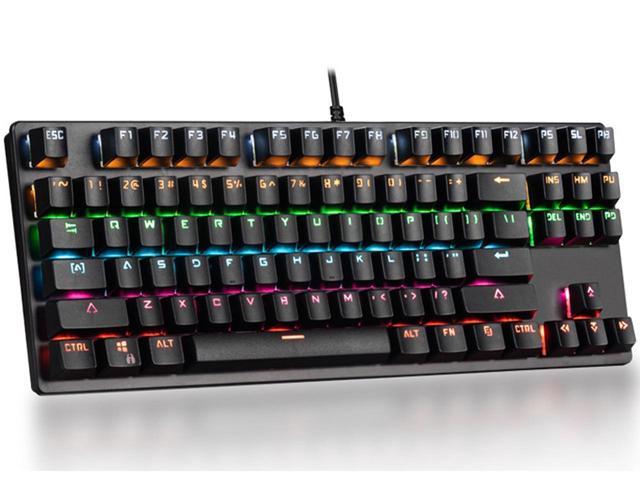 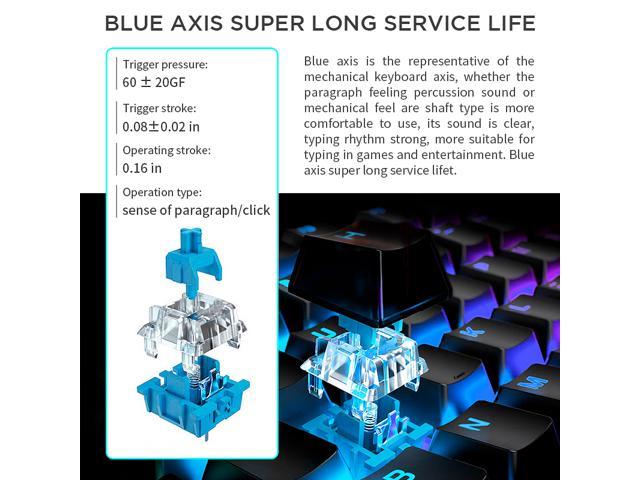 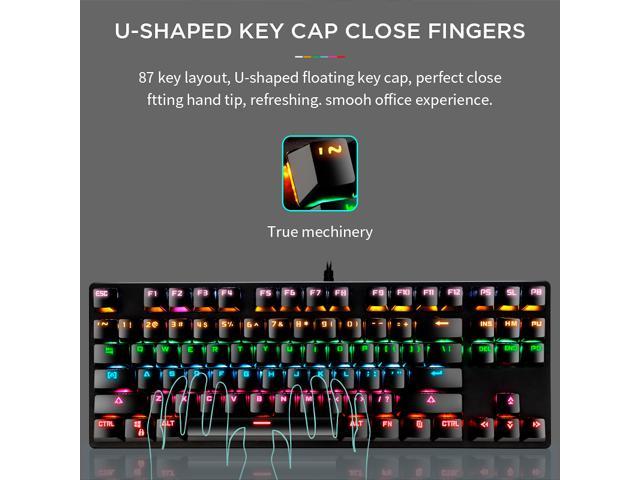 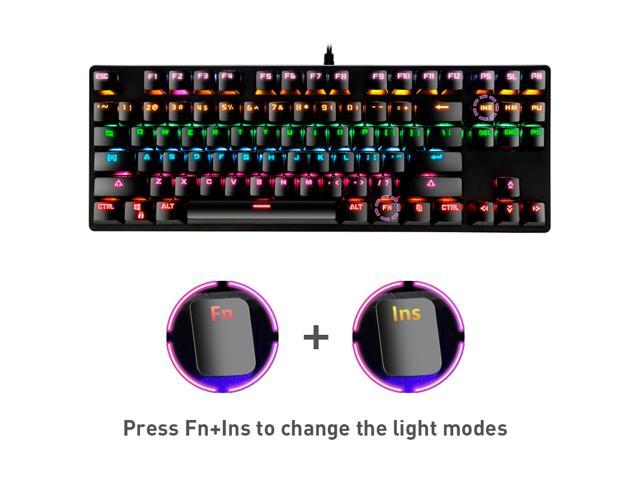 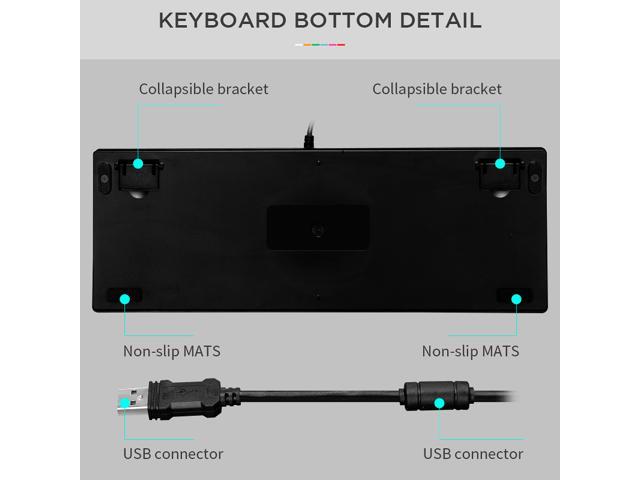 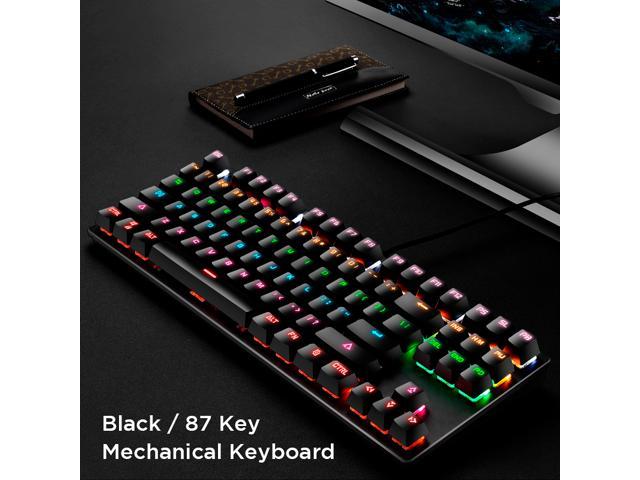 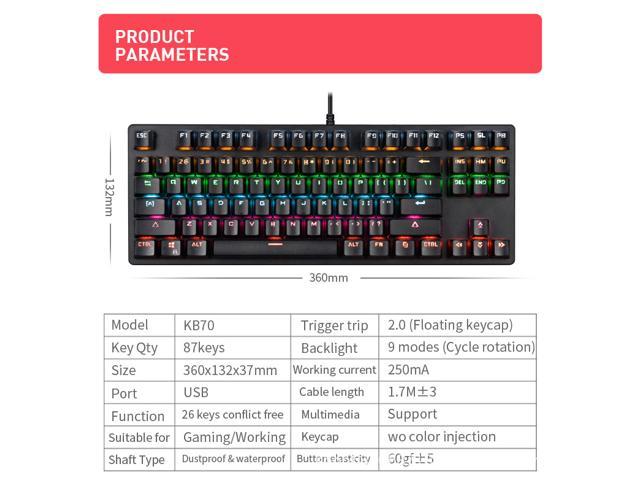 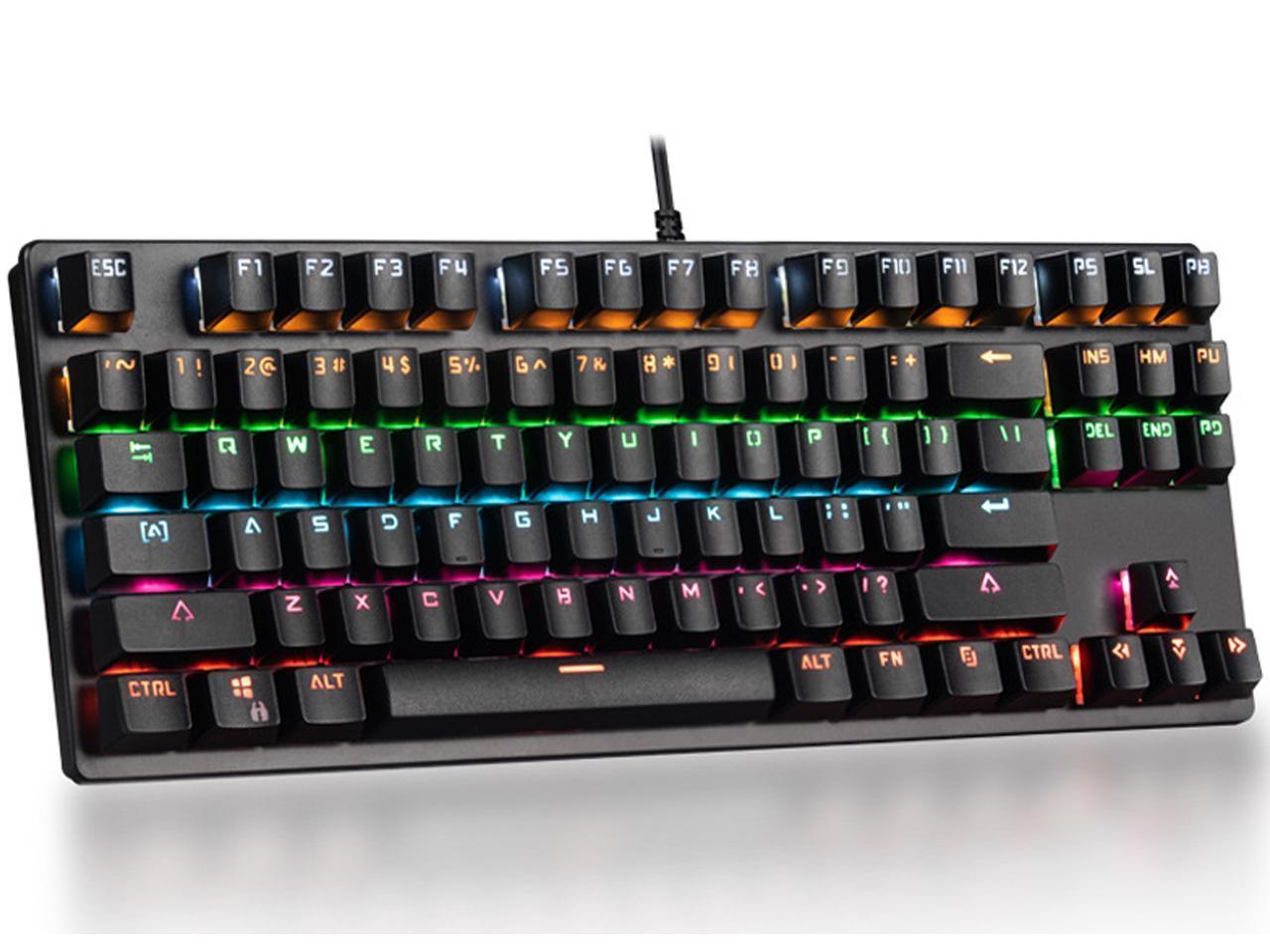 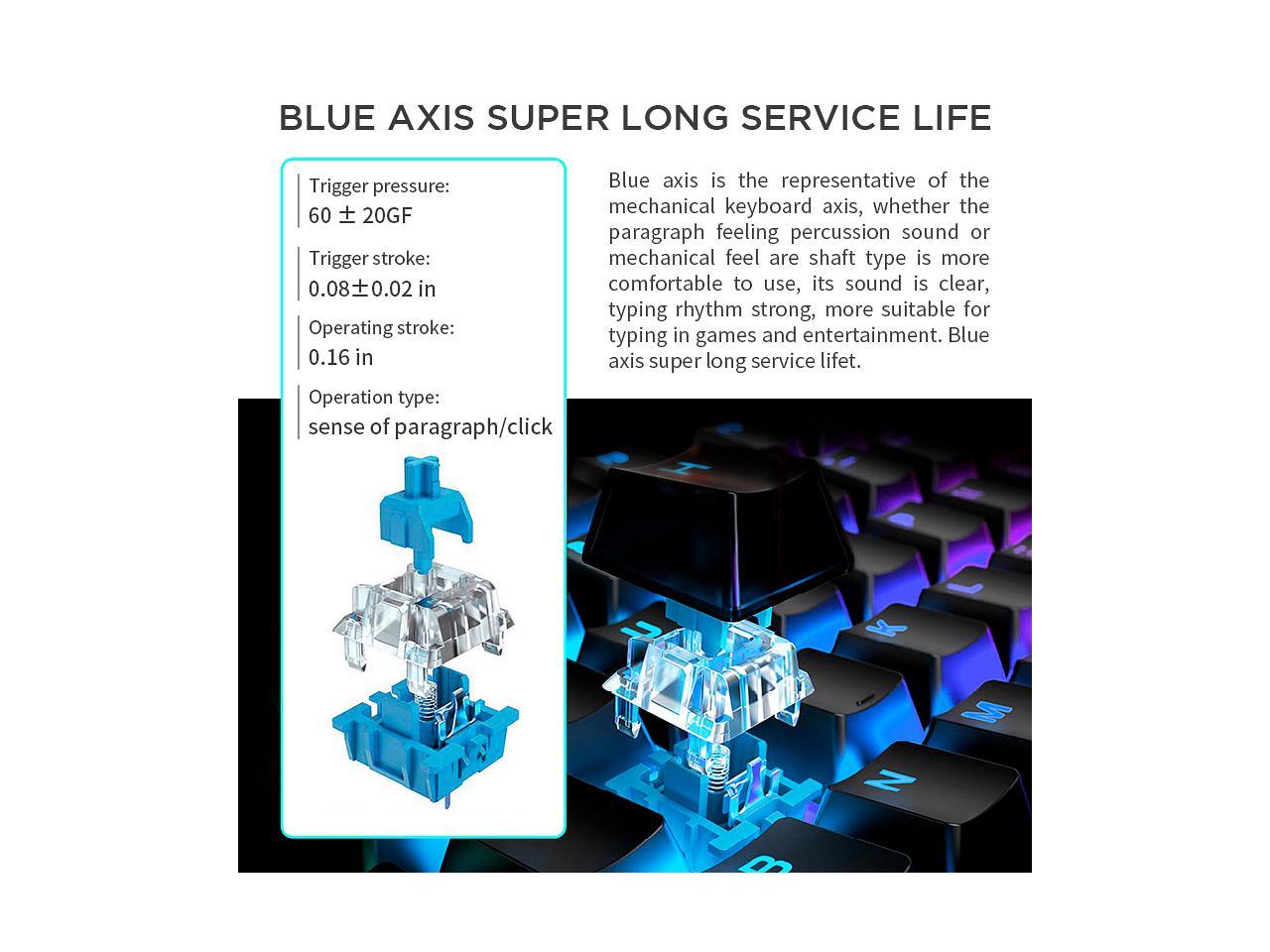 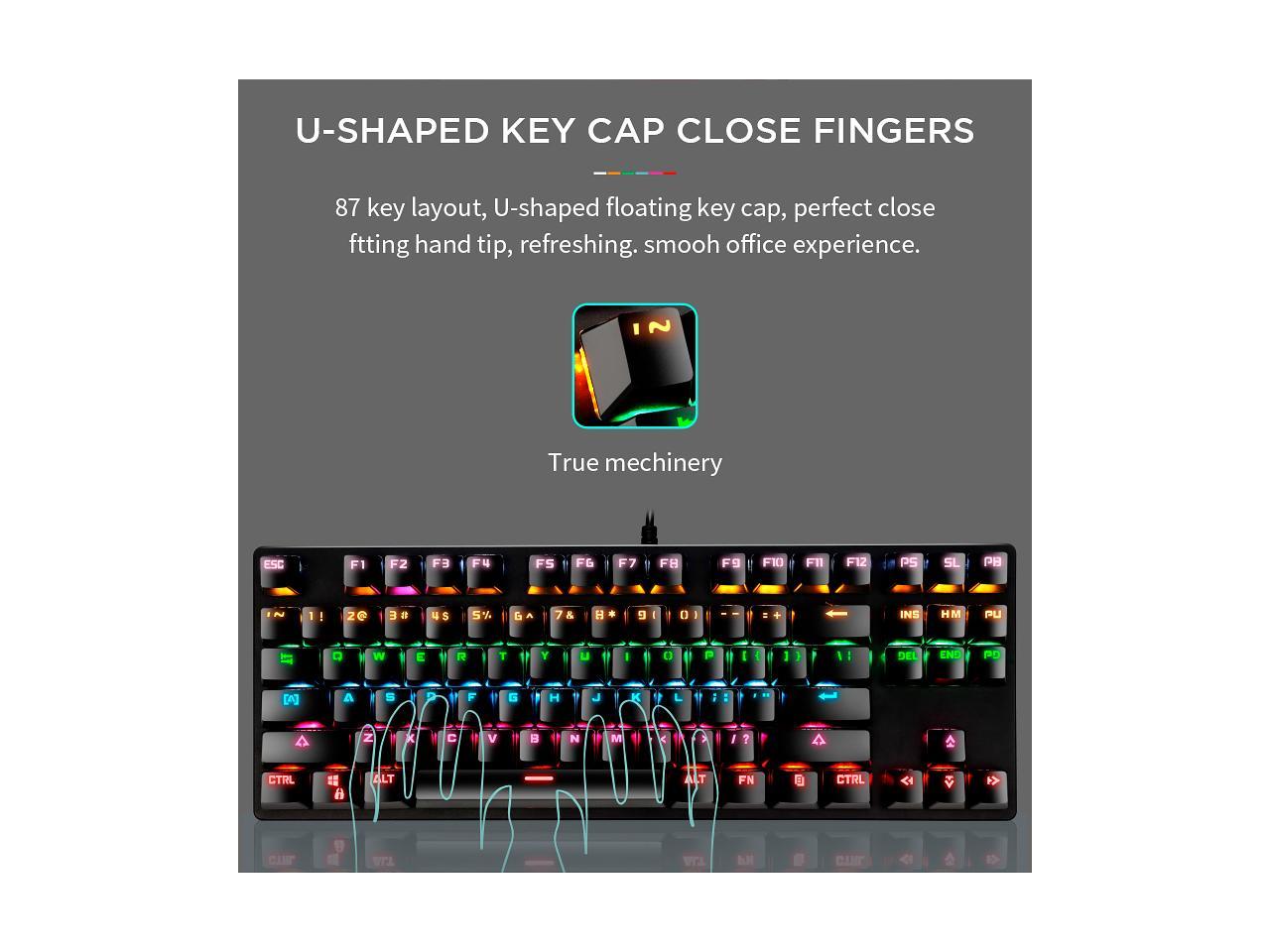 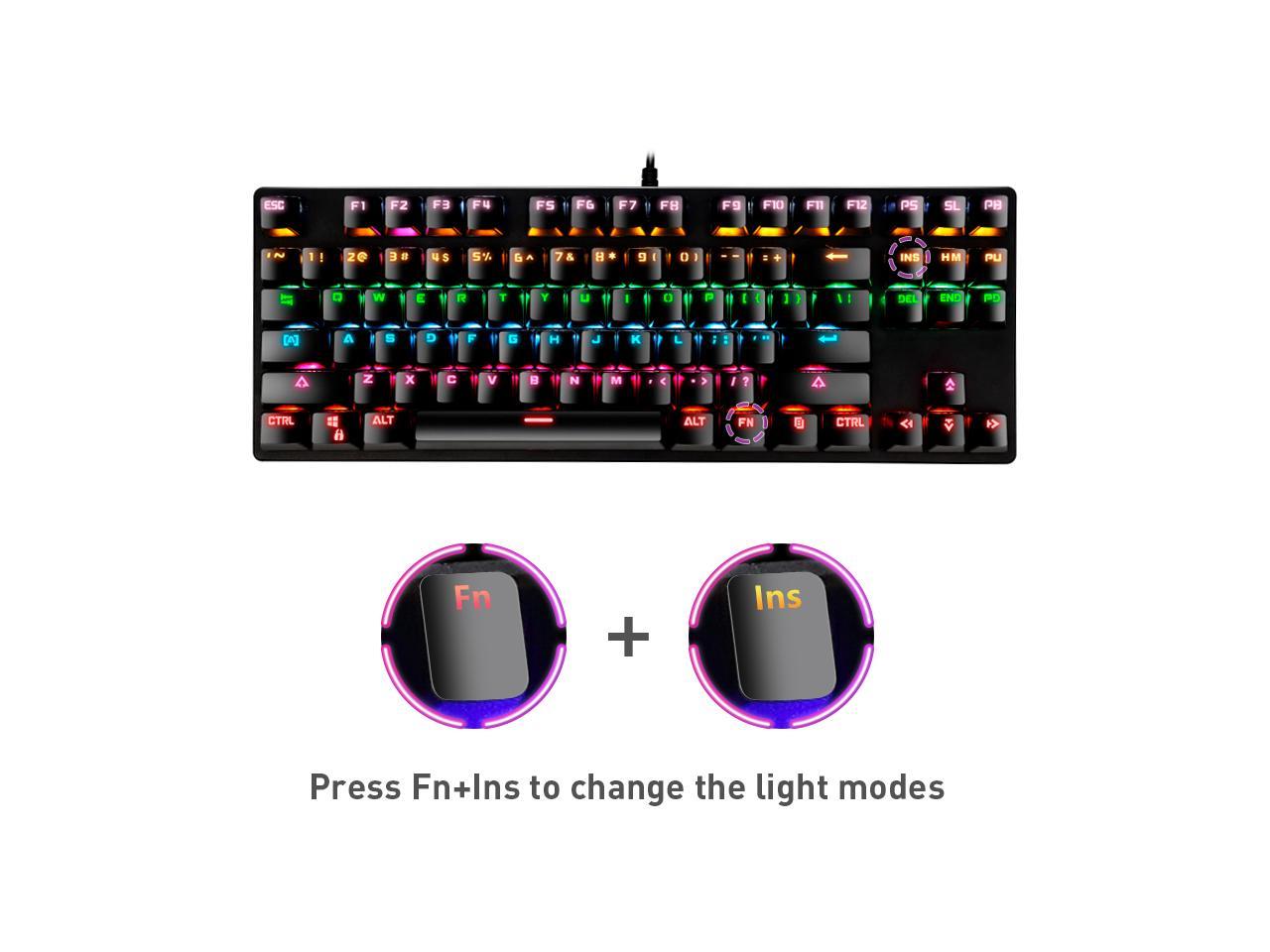 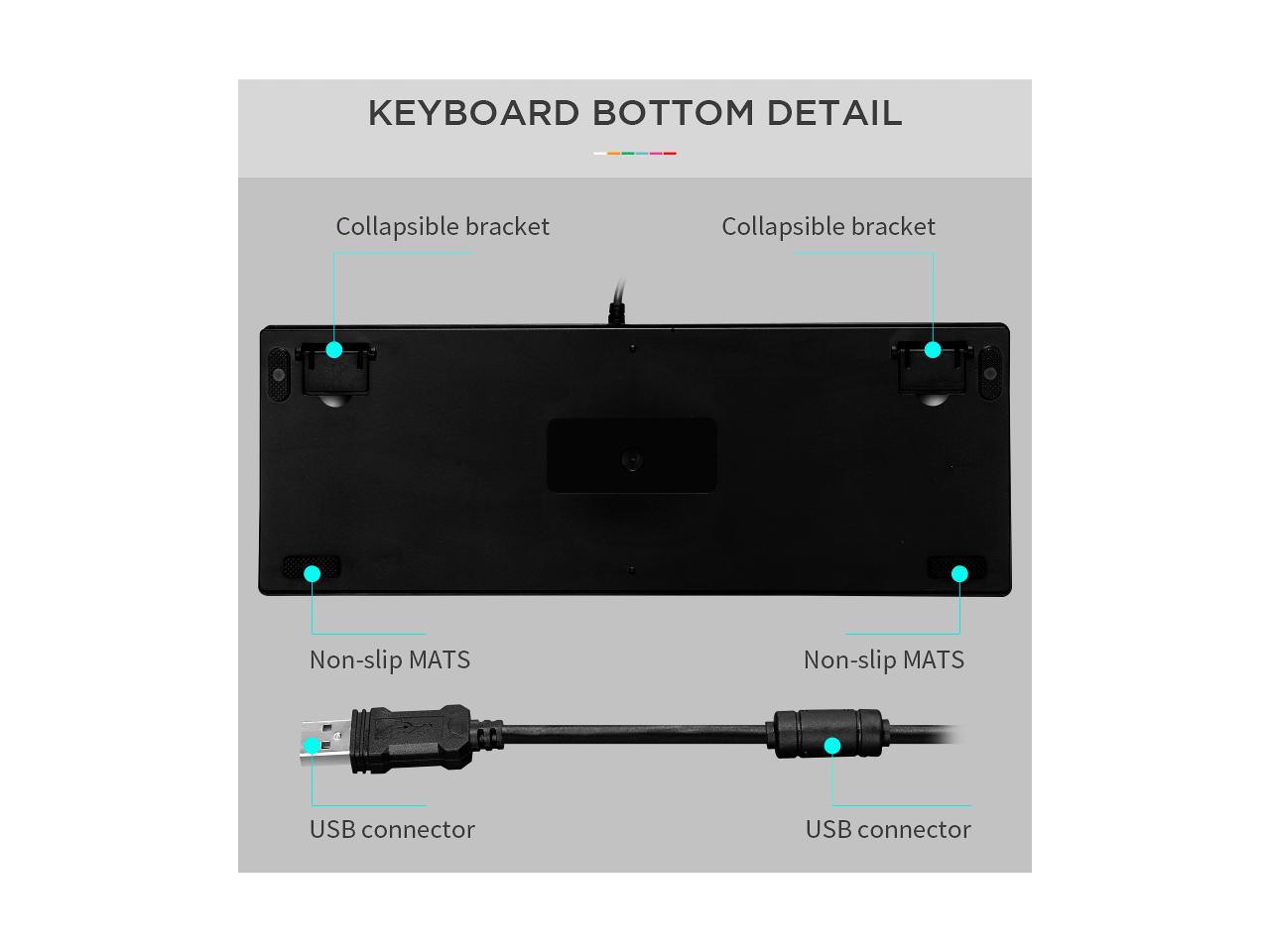 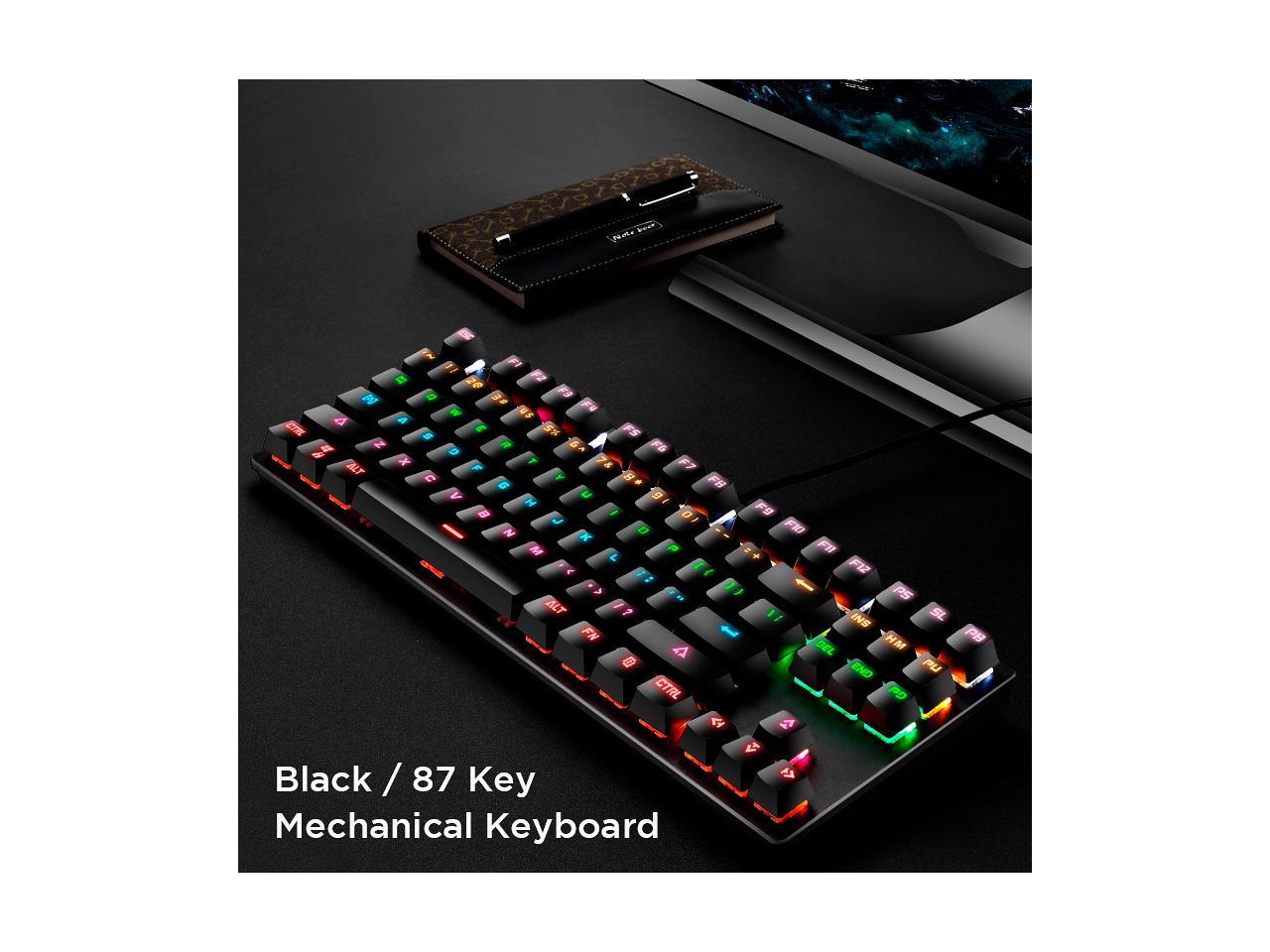 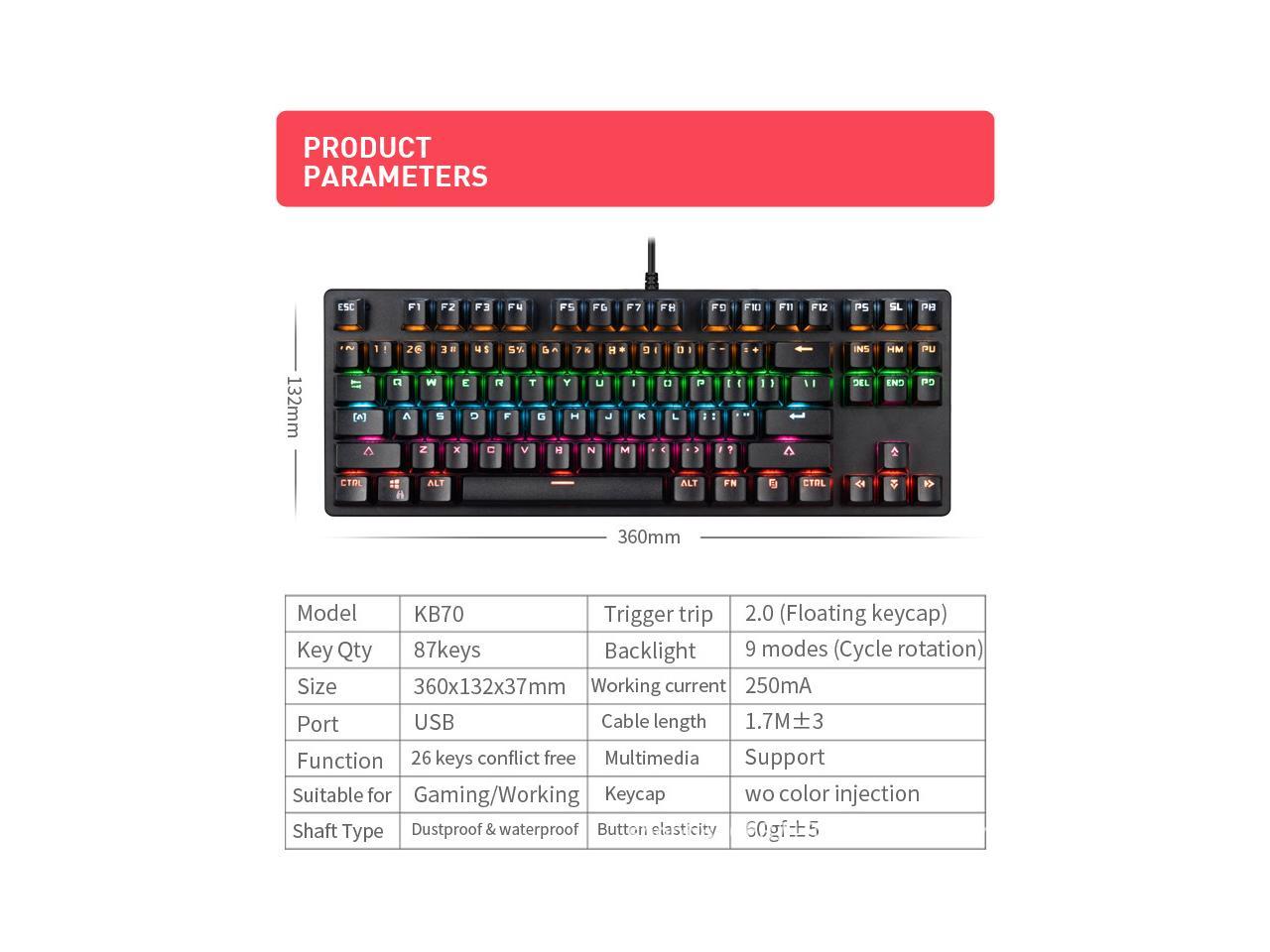 Overall Review: This keyboard works well, both for gaming and typing. It has generic “blue” box-style switches, which are loud and clicky with strong tactile feedback, similar to the name brand. It worked perfectly for a few rounds of Apex Legends. I like that there is no number pad section for gaming, because it leaves more room for mouse movement. Just to avoid confusion, this keyboard is not full RGB. Each row is a different color, and cannot change to a different color. There are several patterns, however. The instructions are in Chinese only, so you may need to use Google translate to understand what the patterns are called. Basically, press FN and Insert to toggle lighting patterns. Off is also an option if you don't like the lighting.

Pros: This keyboard is a great compact size which frees up desk space. The clicks feel great every time you press any key. It's great for gaming with quick response time. The lighting is just perfect, not too bright nor to dim. The build quality is exceptional, it feels sturdy

Cons: Does not have the numpad but for gaming it is not needed.

Overall Review: I would highly recommend this to anyone

Pros: This gaming keyboard is colorful and very compact as I wanted. I use this to replace my full size keyboard, which is getting old and taking up too much space on my desk. Construction of this keyboard feels solid and the design is sleek. It fits well on my extra large gaming mouse pad as far as the cool dark colors theme goes. While some people like the lightweight keyboard, I on the other hand like the heavy feel of the keyboard - the metal construction on the base.

Overall Review: compact and sleek design that fit my gaming station! that's key for me. :)

Pros: Very tactile and responsive The keys look great Good “clacking” sound when suppressing the keys Colors form the LED Lights are visible and bright but not overpowering Good ergonomic feel to it Has a sturdy feel to it

Cons: Dust accumulates easily between the spaces. Cleaning is not a huge hassle but needs to be cleaned regularly. That is because my environment isn’t as clean as I would like.

Overall Review: I would highly recommend and would buy again.

Cons: The quality of materials is cheap. The RGB is cheap with few settings that are actually usable for gaming. The response of keys is the worst part. Sometimes the keyboard doesn't register a key and completely misses it, or it registers each tap as a double tap typing double the letters.

Overall Review: I would not recommend this product.

Pros: The keyboard is very good for gaming i love it

Cons: Nothing bad about this keyboard

Pros: It was cheap

Cons: Keys take a lot of effort to push down. Like it's actually unusable

Overall Review: Buy any keyboard except this one. I bought this a while ago and forgot to leave a review. The keys don't register with a normal amount of force. It's straight up unusable.

Cons: Very loose, Feels Cheap, Blue keys are a little off Rgb is not customizable,Can be very clicky

Overall Review: This ain't my first keyboard but I wouldn't say it's better than a Dell standard keyboard you use at a high school, but it has Rgb which is ok, Sometimes the keys can be unresponsive which isn't ideal when you gotta press the key multiple times to get it to work which shows terrible build quality,this keyboard uses blue keys which are short lived if you are gaming. At most you'll get 500-1000+ clicks before they start to tweak on you but watch out after if you get debris in the keyboard maintain it and clean regularly (shouldn't be said but imo).The sound of the clicks doesn't make it an appealing sound and feel; sometimes quiet is good sometimes you like the response click on each key but this ain't it with this. The Rgb isn't customizable you can switch the row of each color off or on with the Ctrl fn keys. - overall you're better off buying something else for 40-60 which still can give you better build quality than this -id only buy if you're on a tight budget(if you make do without the Rgb there's allot of other good non rbg keyboards out there)