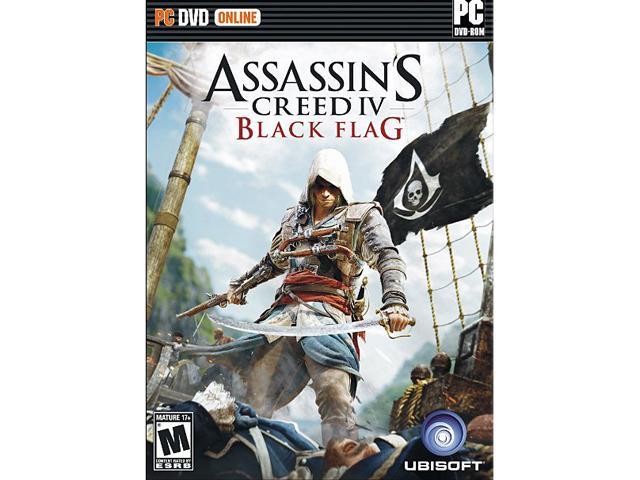 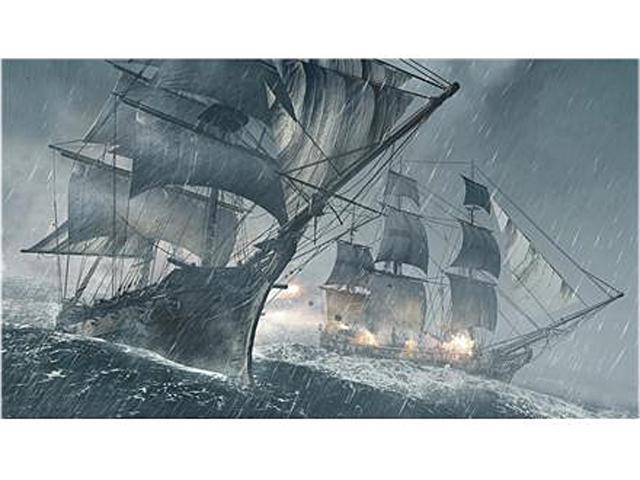 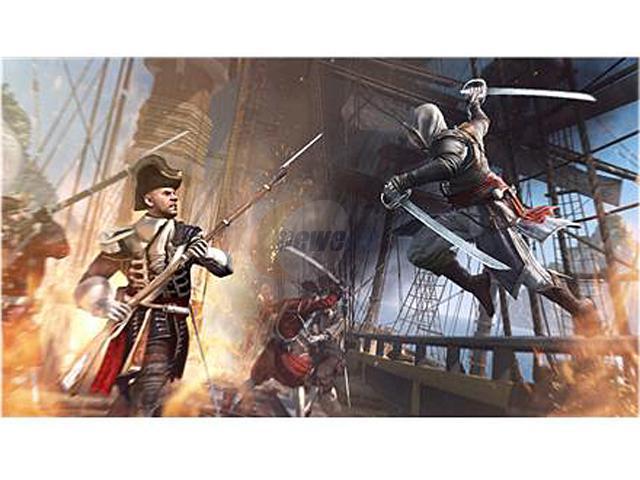 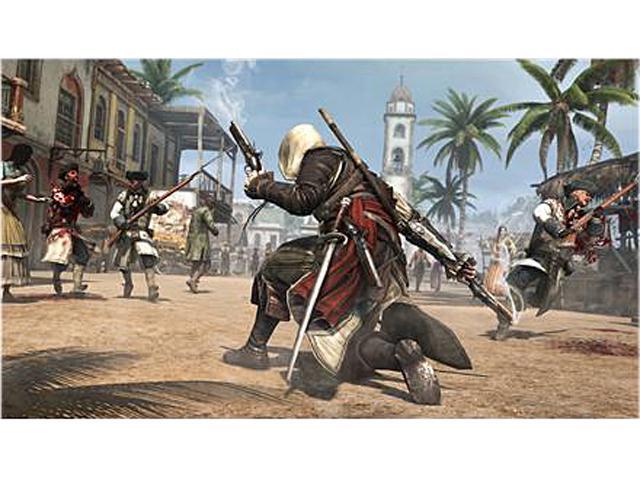 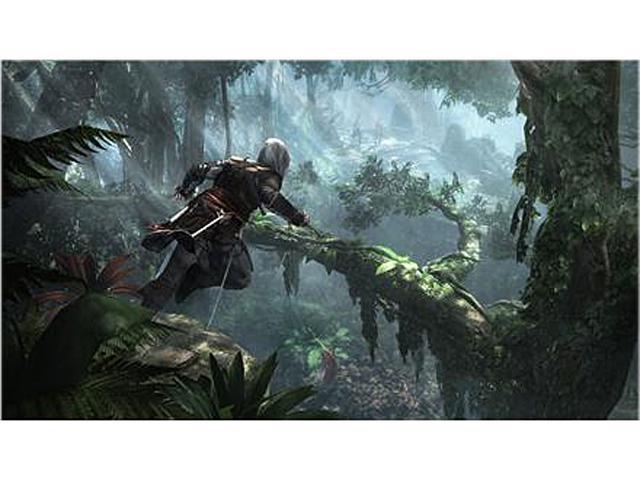 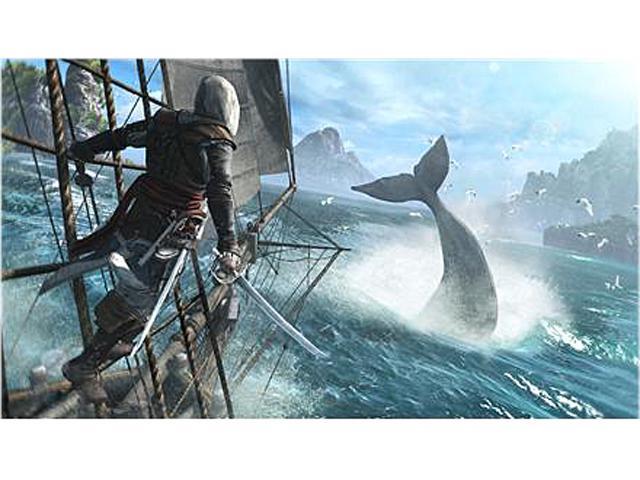 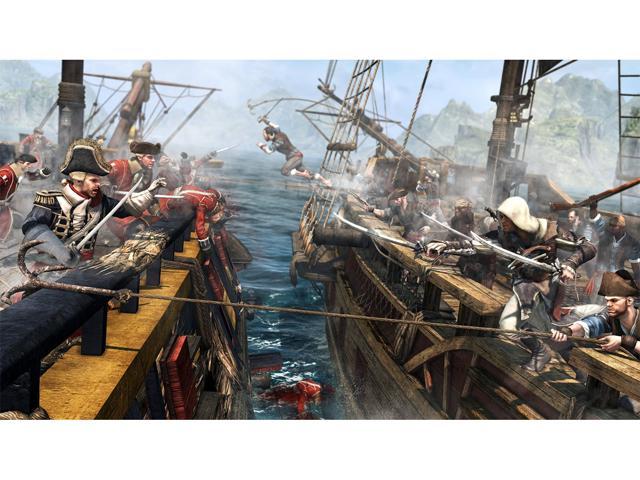 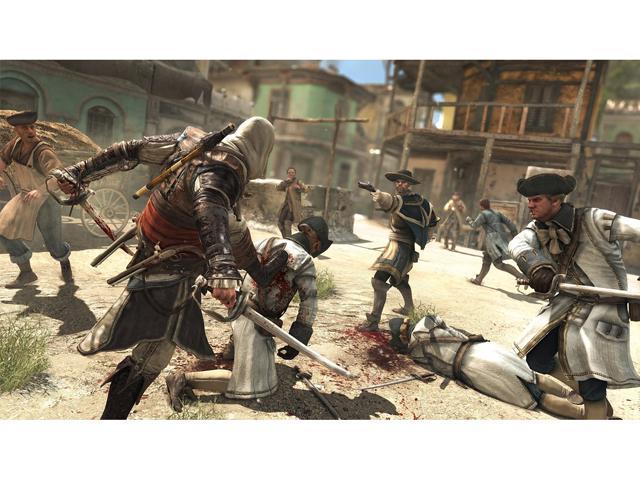 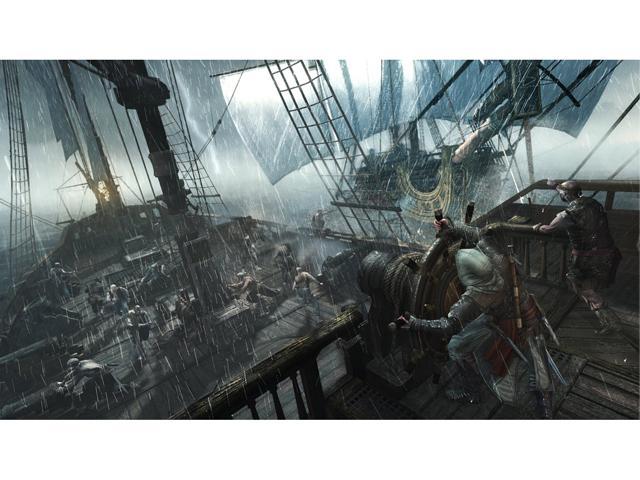 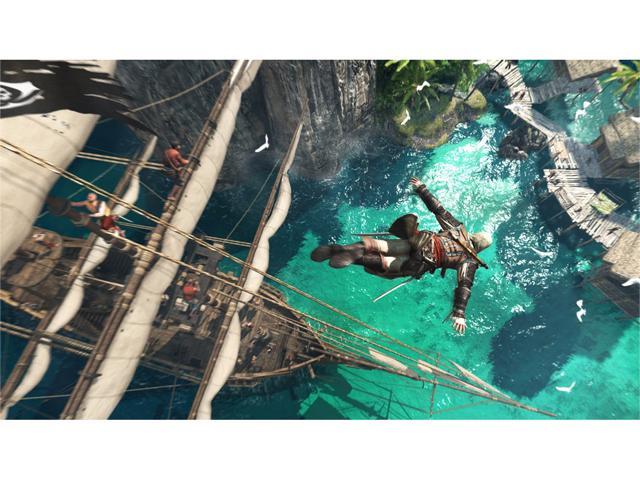 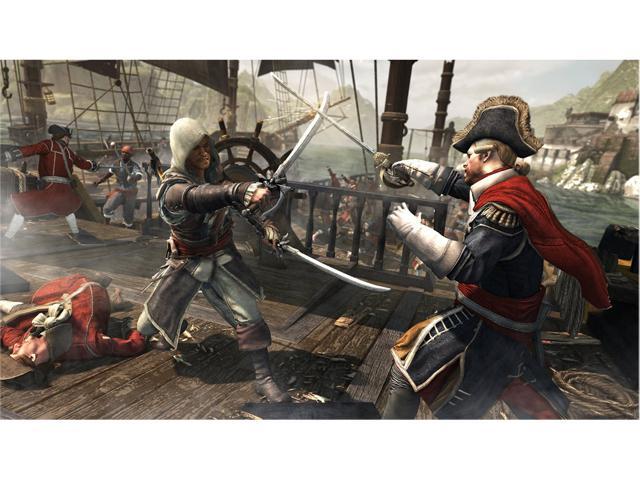 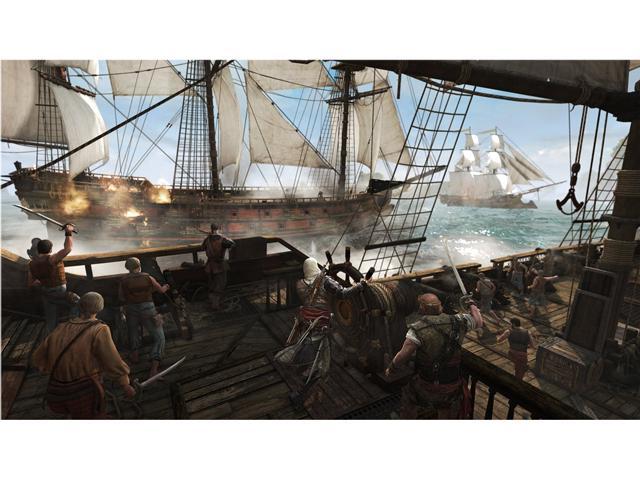 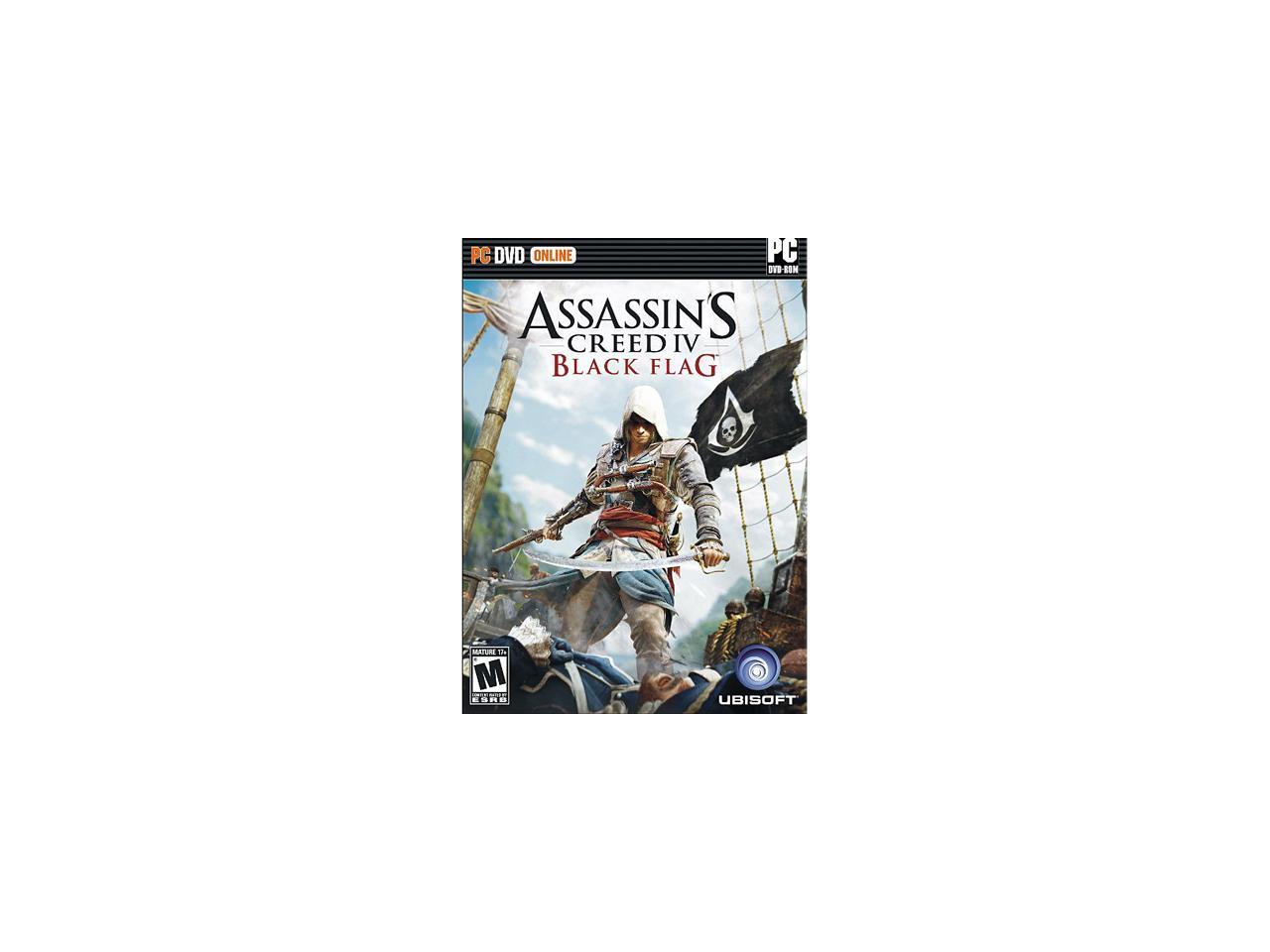 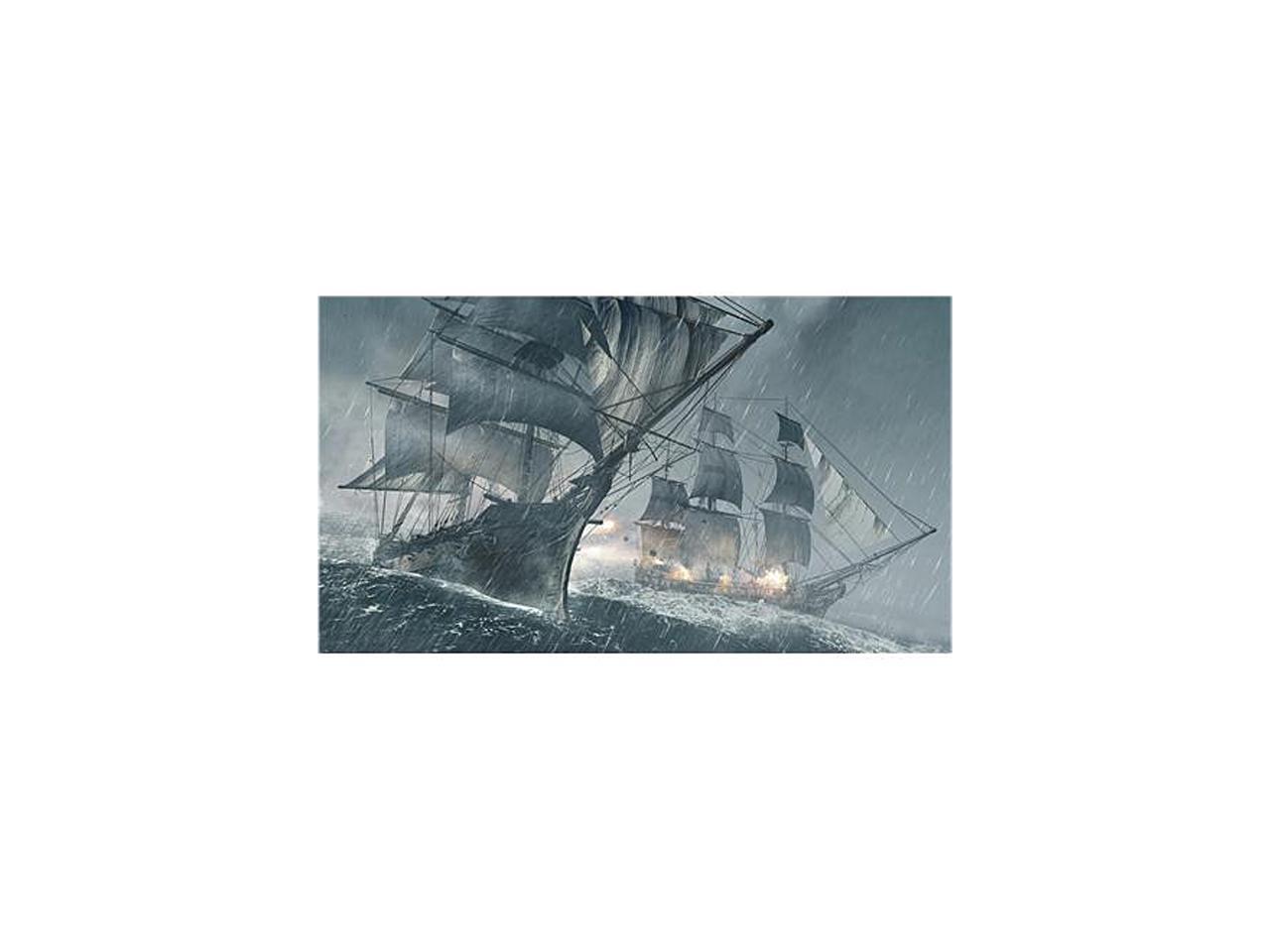 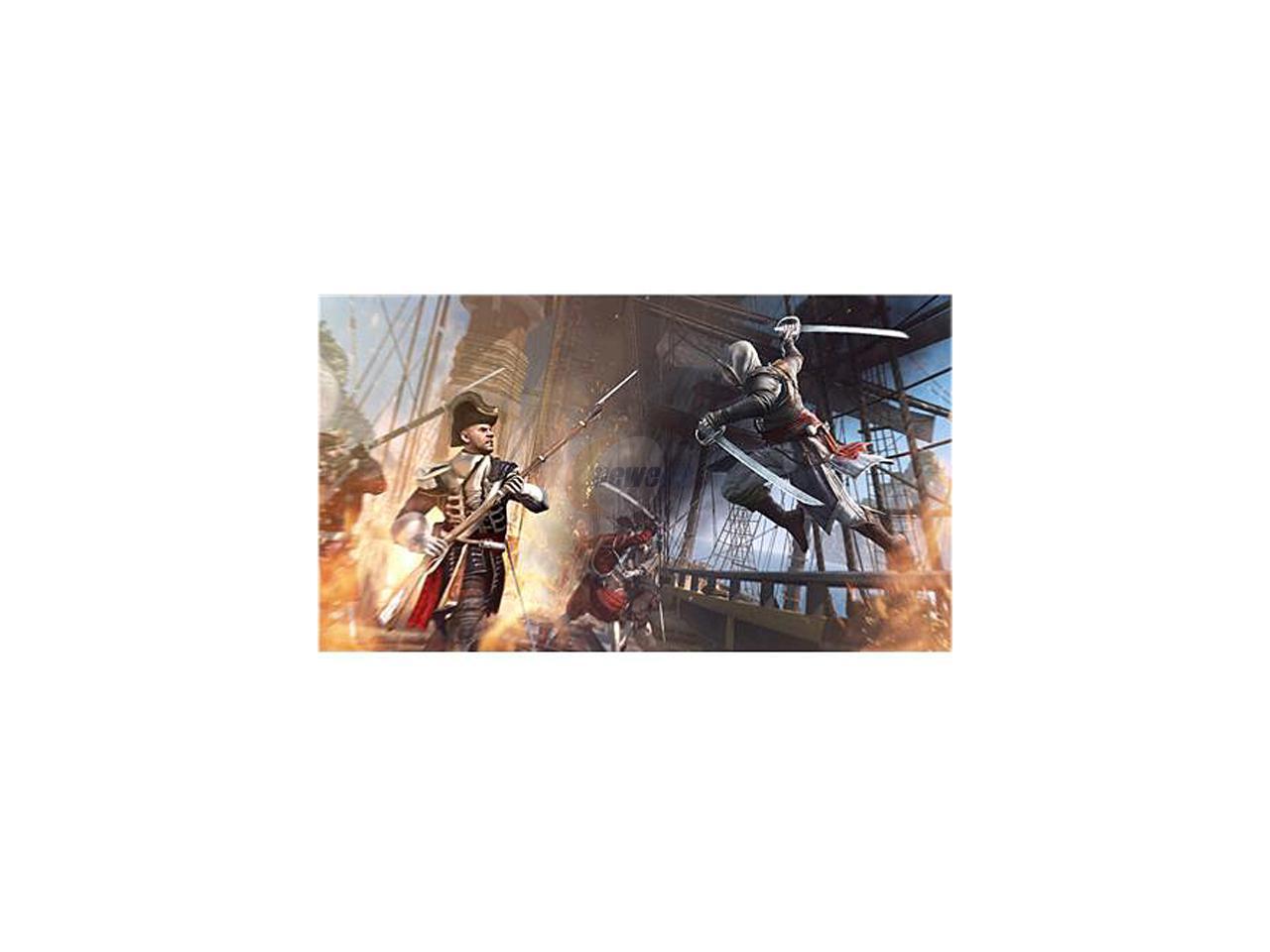 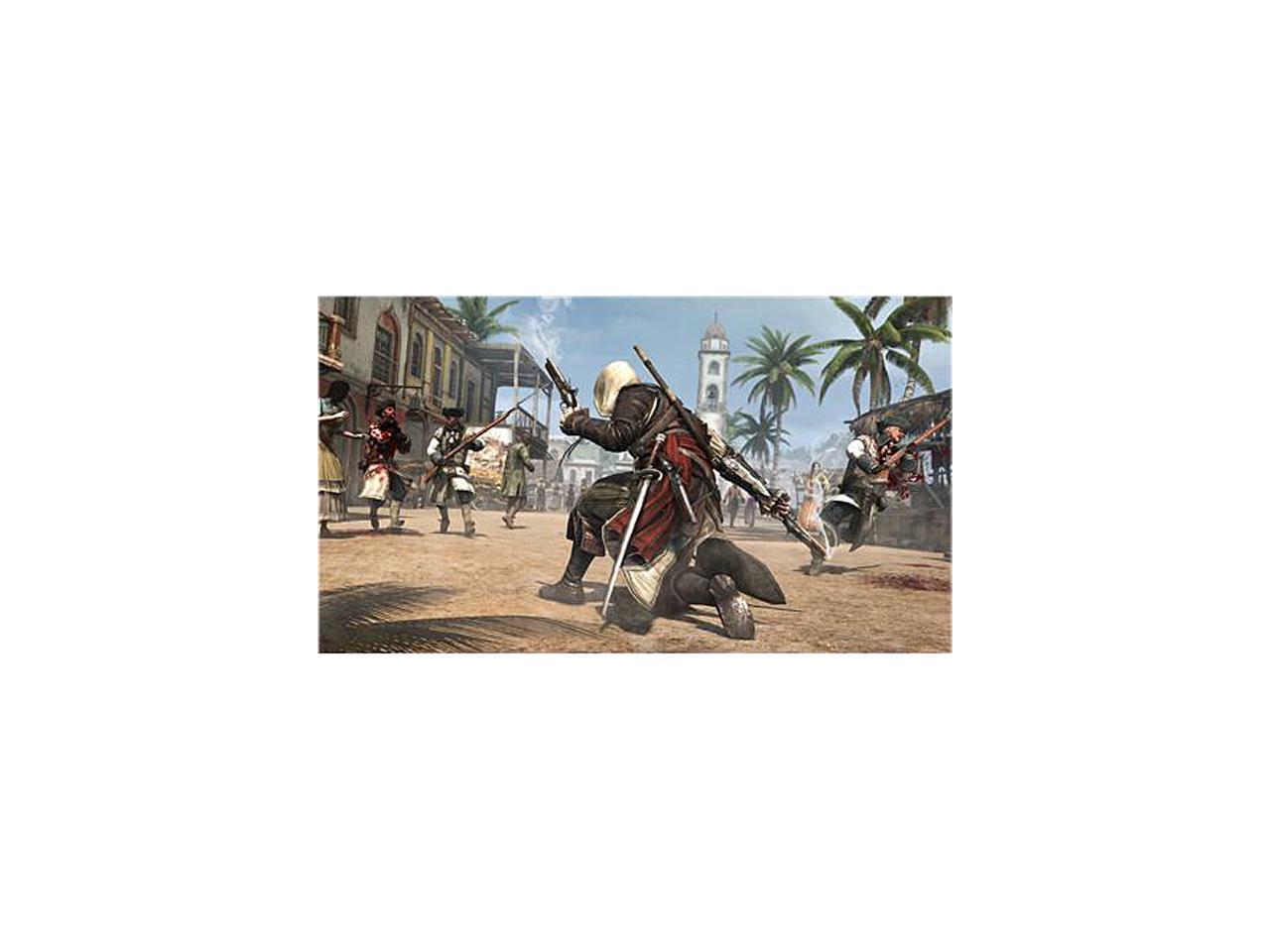 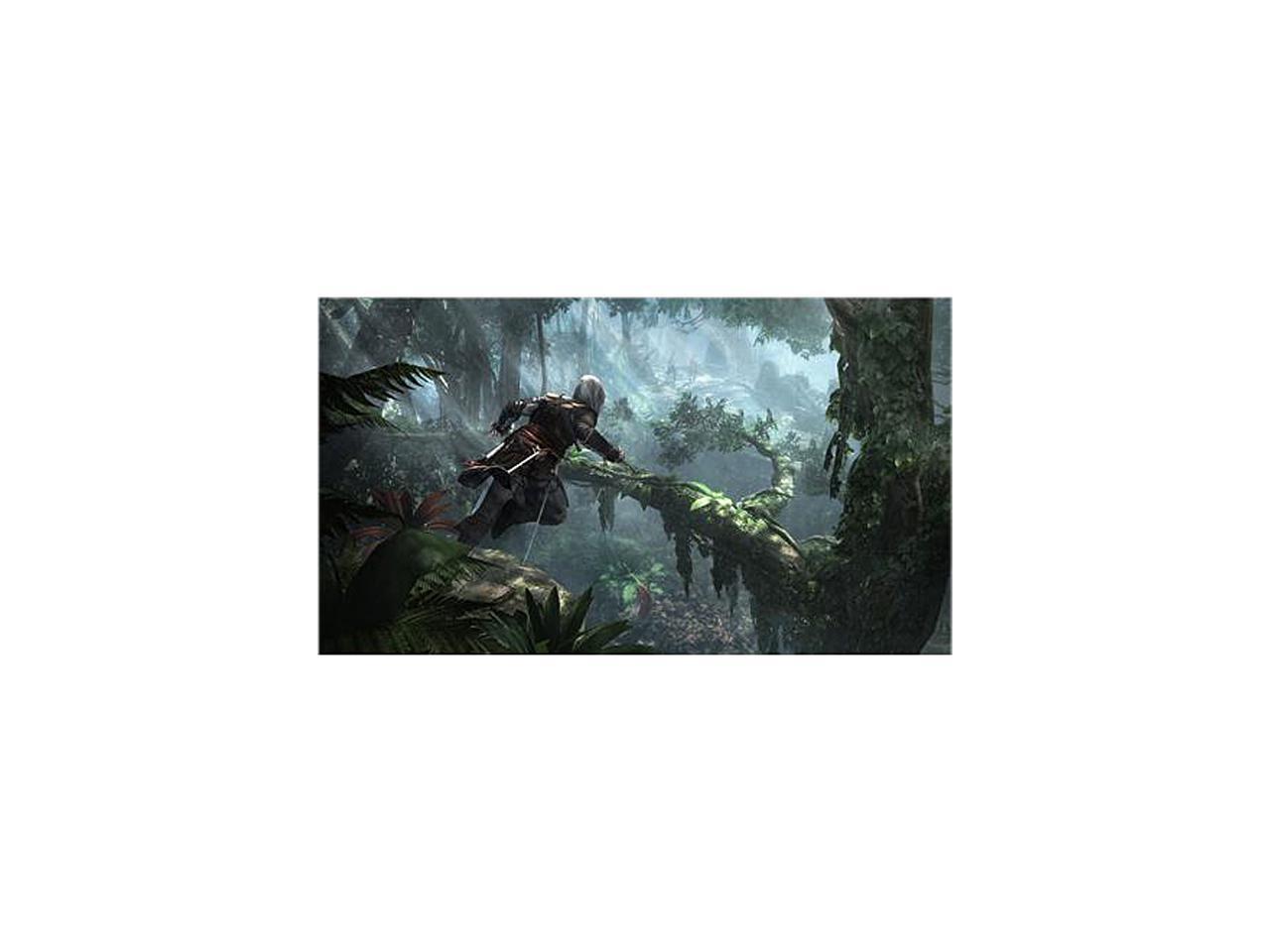 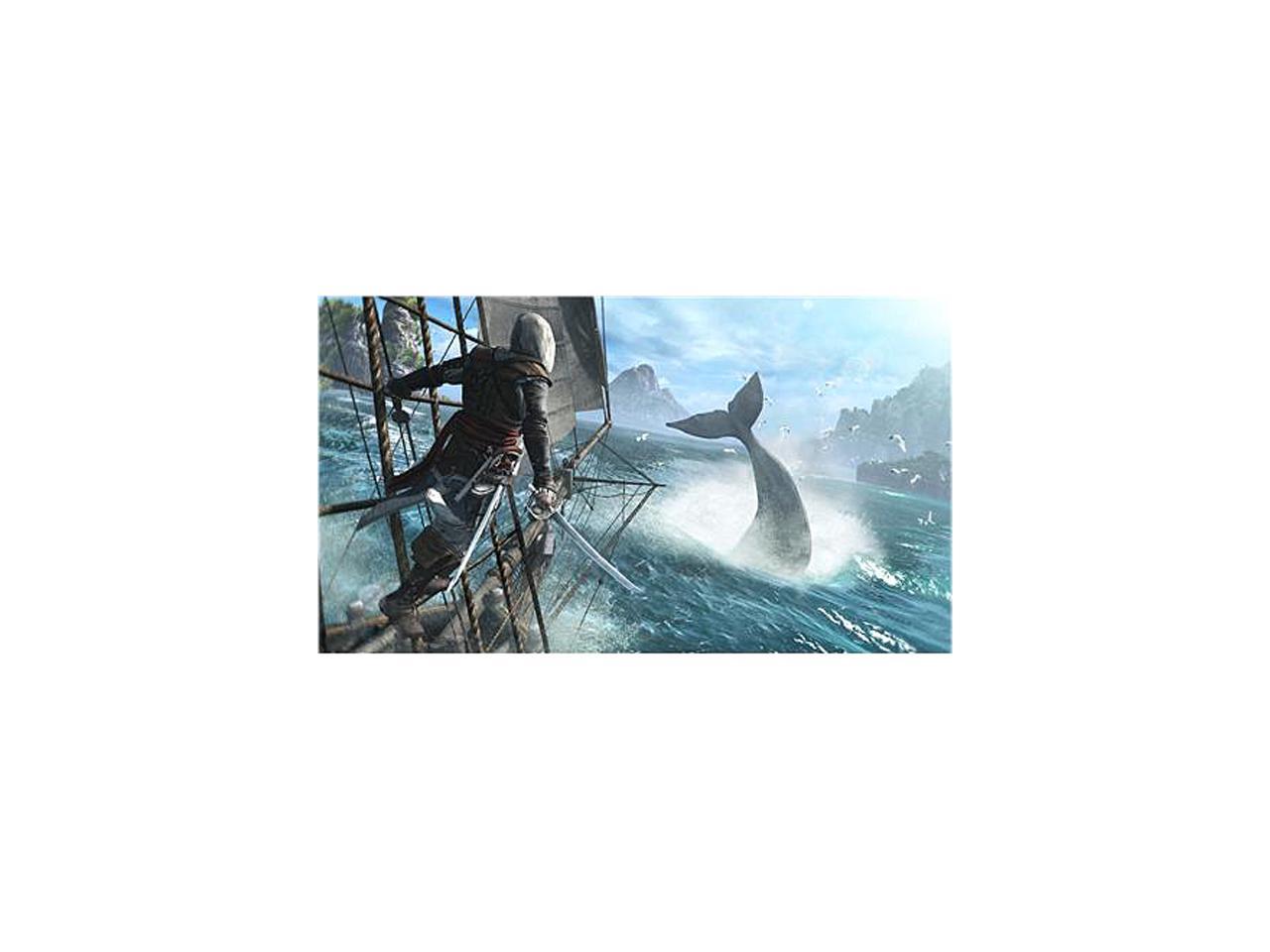 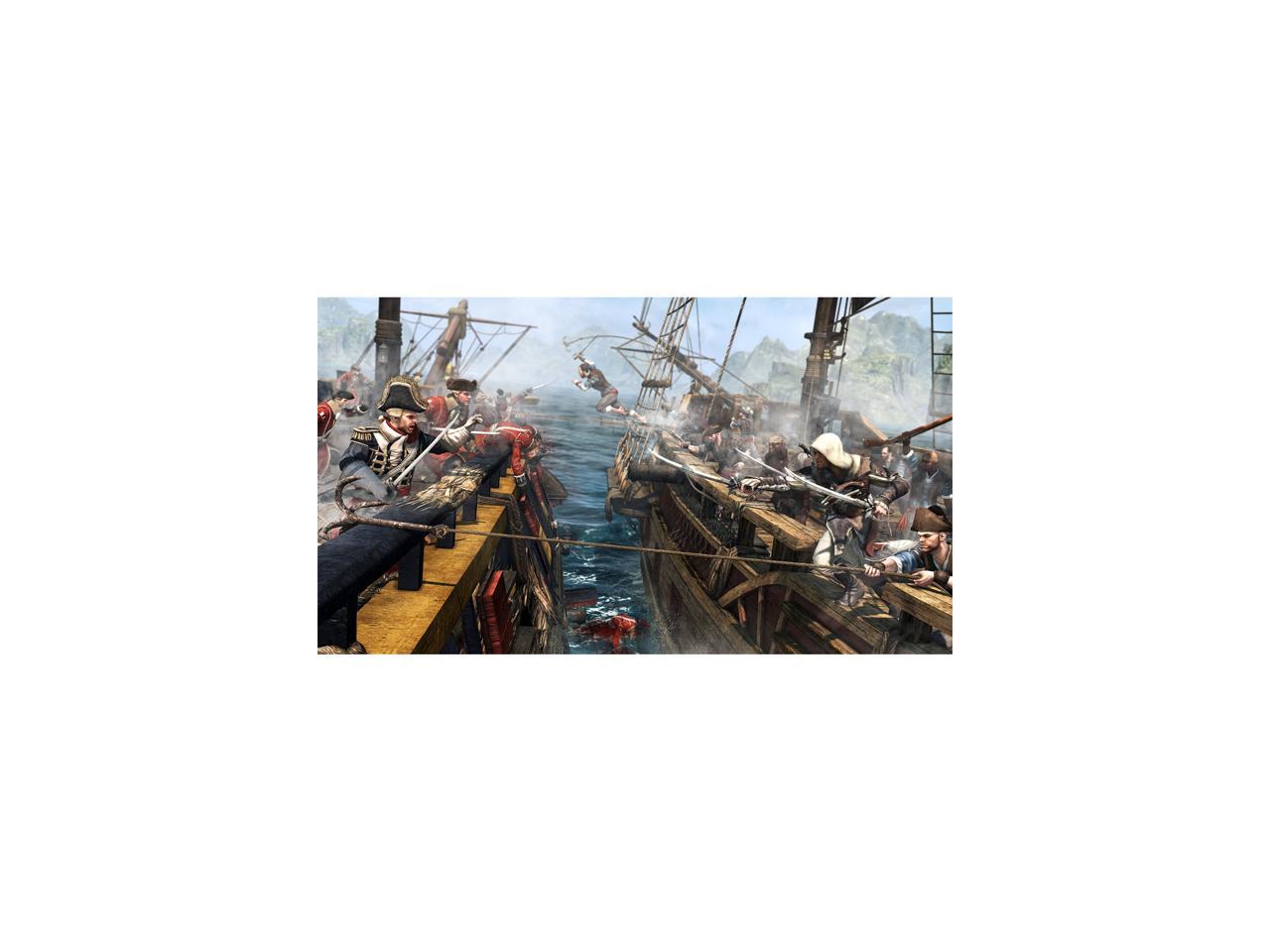 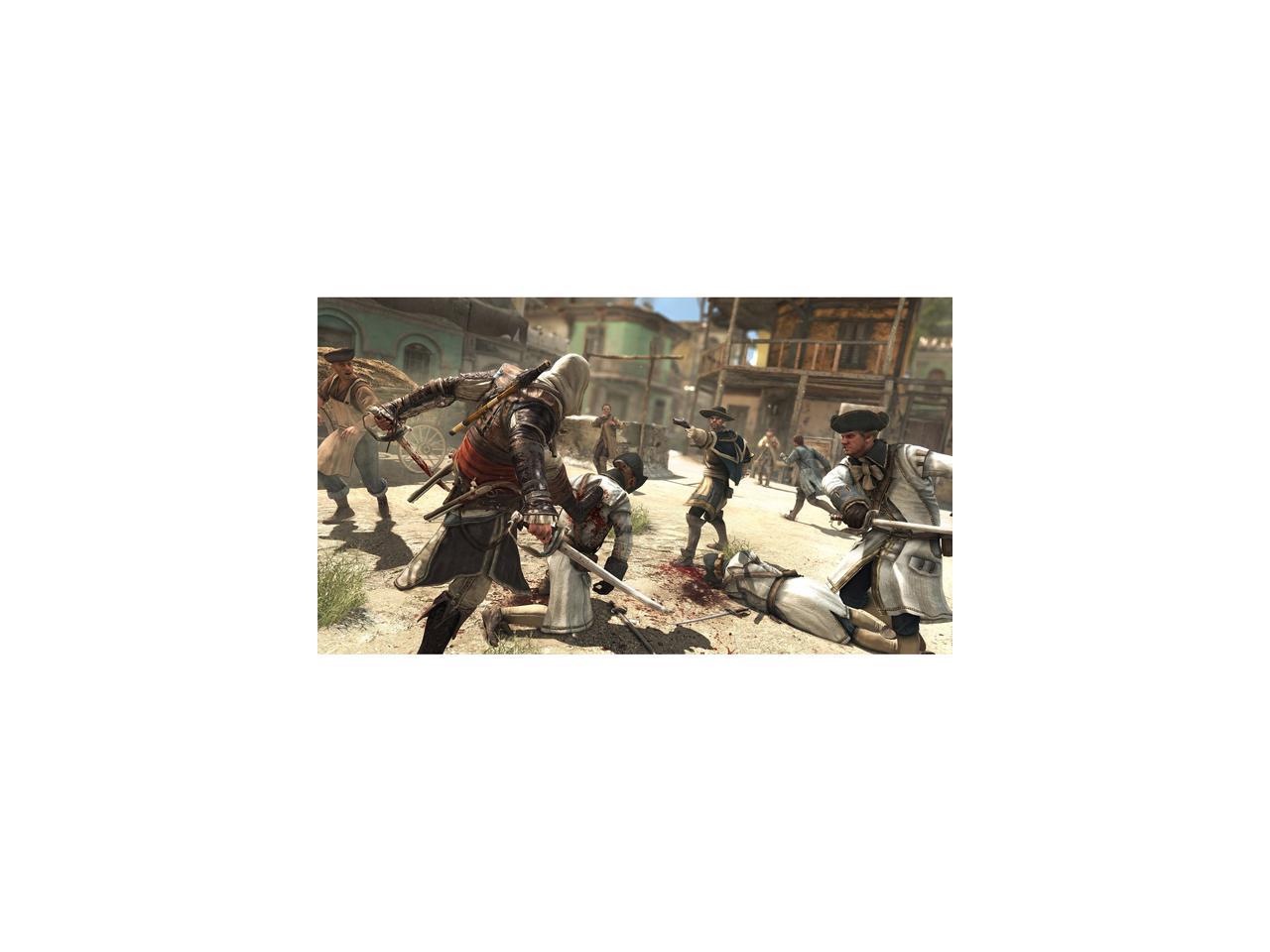 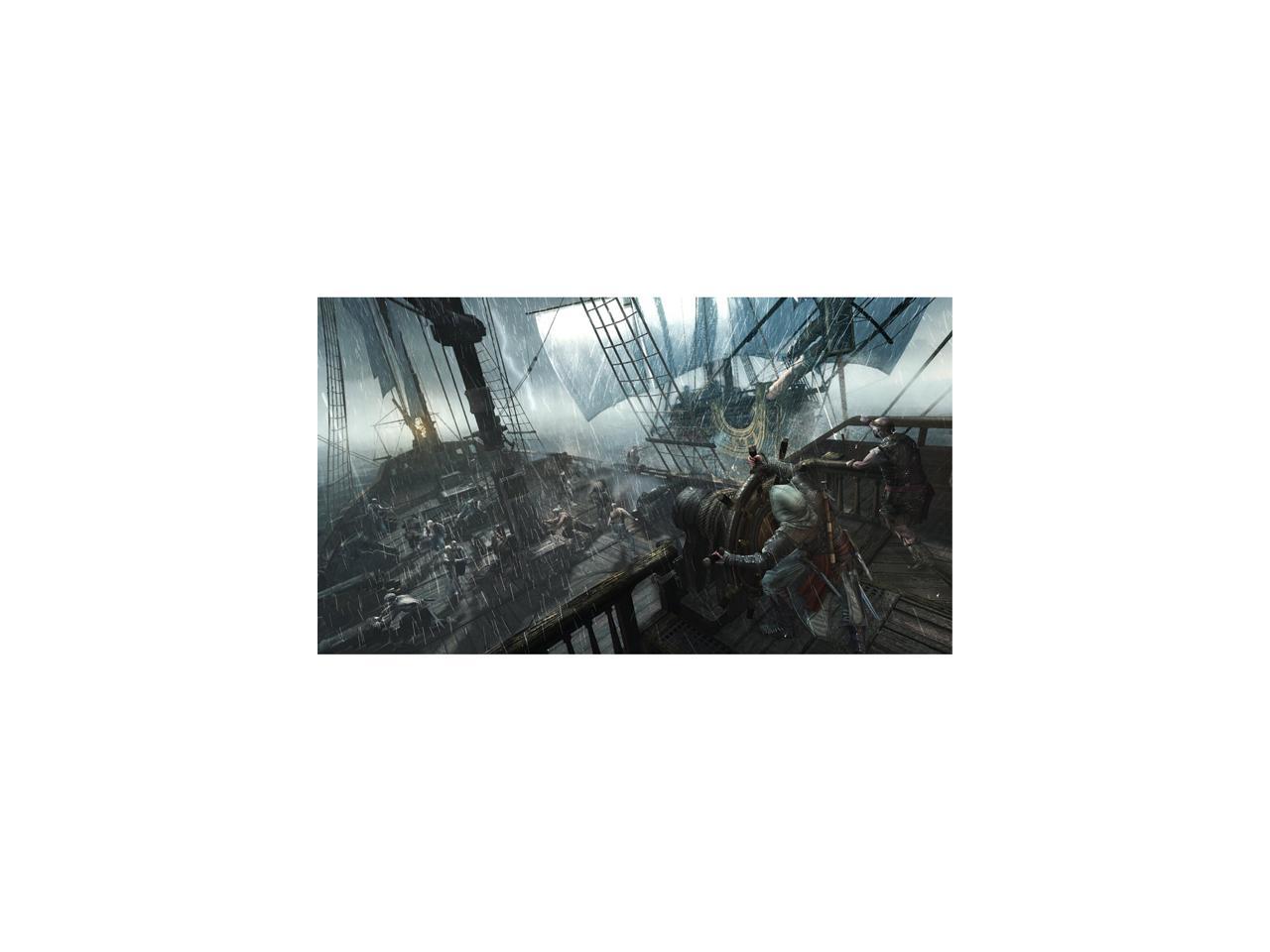 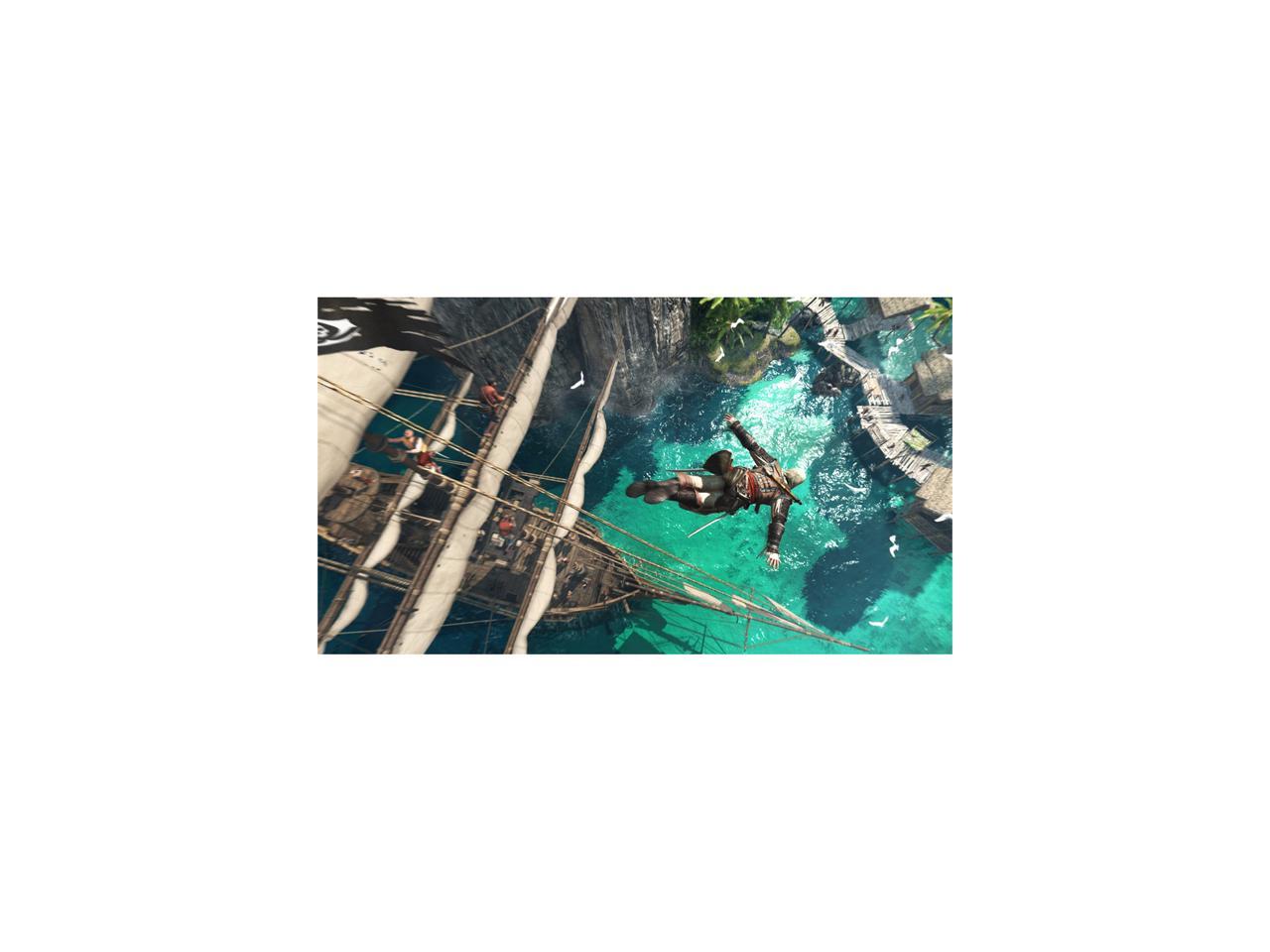 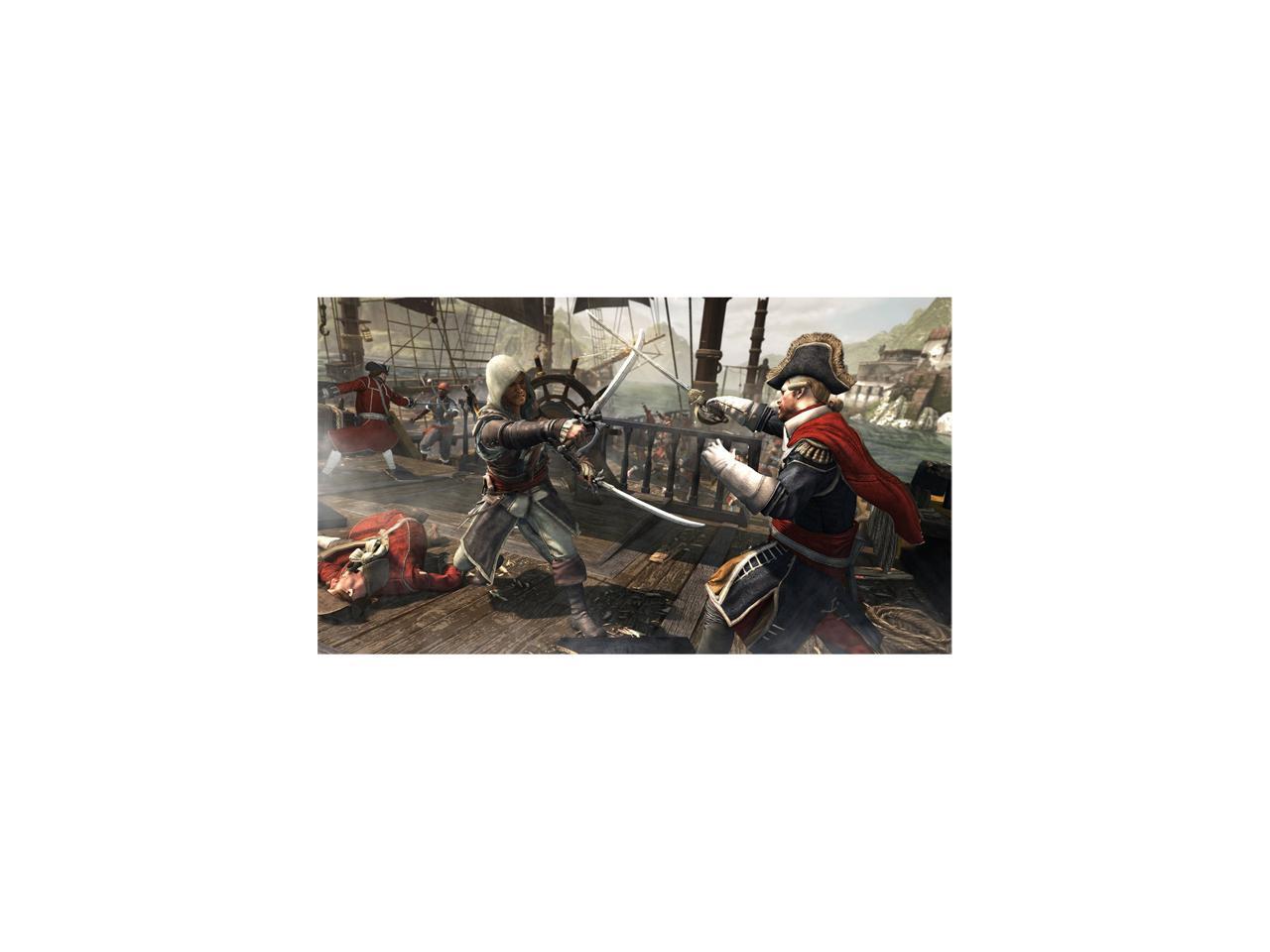 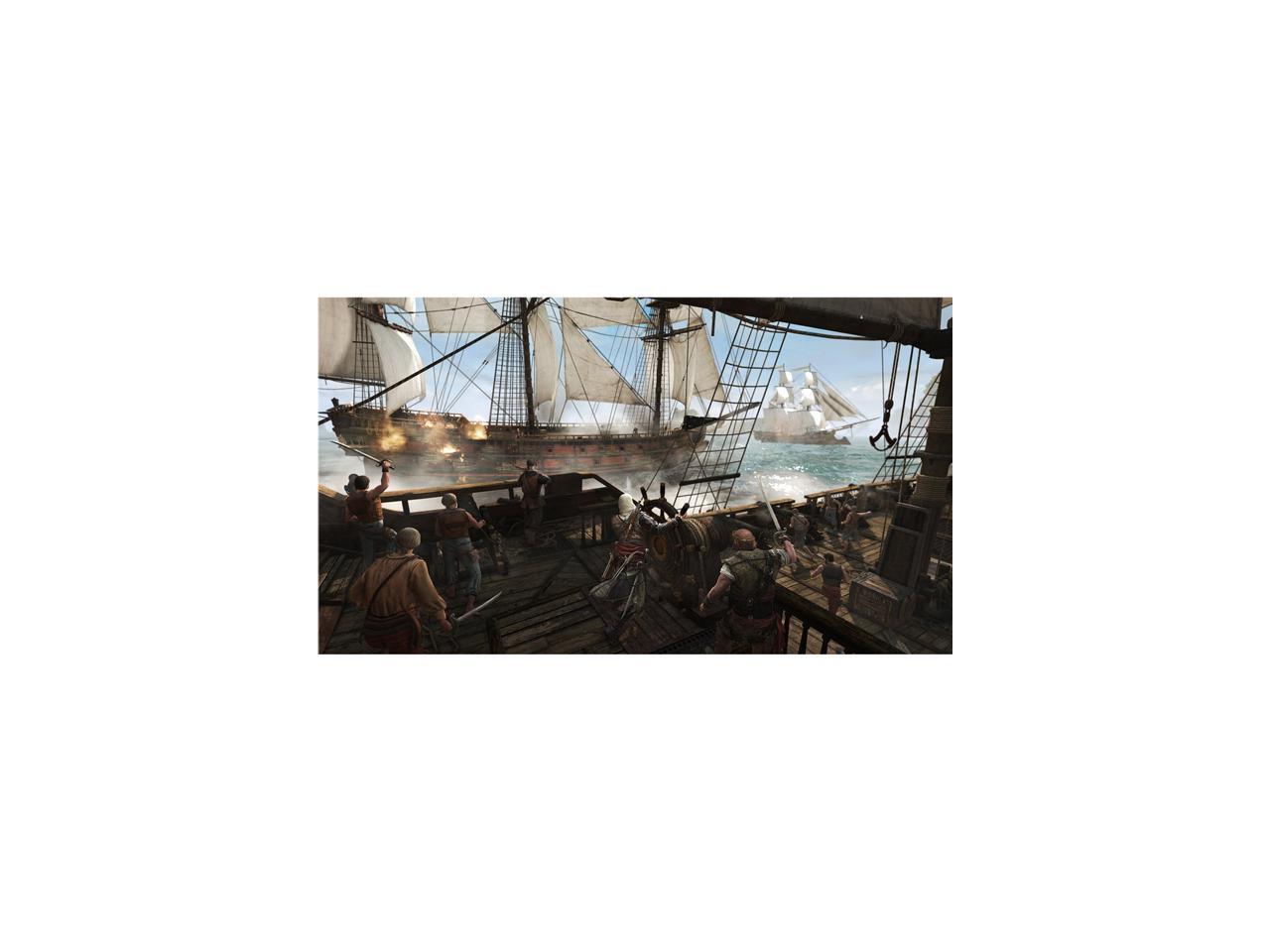 (8) Write a Review
In stock. Limit 1 per customer.
Ships from United States.
Most customers receive within 7-9 days.
Overview
Specs
Reviews

The year is 1715. Pirates rule the Caribbean, and have established their own lawless republic where corruption, greediness and cruelty are commonplace.

Among these outlaws is a brash young captain named Edward Kenway. His fight for glory has earned him the respect of legends like Blackbeard, but has also drawn him into the ancient war between Assassins and Templars — a war that may destroy everything the pirates have built.

Welcome to the Golden Age of Piracy!

Pros: Excellent so far. Extremely detailed world and environments. Dense jungle, cities, islands, full of wild life and people. Real-life historical locals. The characters and cut-scenes are fun to watch and interact with. The parkour is so satisfying, climbing, jumping etc. The world itself is huge, just zoom out on the map and see it.

Cons: Takes a little time to learn the play mechanics. There is no sneak button. Sneaking and going undercover is strictly done by using the surrounding environmental elements.

Overall Review: I did not purchase from Newegg. But for those who want a physical disc, get it from here. An online sale enticed me to purchase. Personally I love tropical themed games, oceans, islands, etc. So far I am very impressed and can't wait to get back in and play more.

Did you find this review helpful?
christopher c.
Ownership: 1 month to 1 year
Verified Owner
Assassin's Creed IV Black Flag is a great game that has a great story and looks amazing4/8/2014 11:49:26 PM

Pros: Assassin's Creed IV Black Flag is a great game that you will love. I have played most of the Assassin Creed games but this one may be the best. The game takes the concepts within Assassin's Creed world and puts them into a pirate adventure game. The game does an amazing job of interjecting some history as well into the game. The game features historical characters like Blackbeard and Benjamin Hornigold. Beside the history, the game looks great. The pirates within the game are not cartoon versions like the ones we see on tv. The game goes to painstaking efforts to make the story grounded within reality. The game look amazing and has tons to do within the game. Their is alot of content within the game, including exploring island and having your own pirate crews. The even acts differently based on the decisions you make, this includes singing different songs based on the bounty you collect. This is a great game that you should pick up. Thank you for reading my review, if you have any questions feel free to email me, I would be happy to help you with any questions you have.

Cons: Wish the campaign was longer

Pros: Nice twist to the Assassin's Creed twist, follows the series storyline, yet managed to be it's own game. I also enjoy the amount of sailing and ship fighting there is.

Cons: Too different compared to the rest of the series, could be too overdone to some people.

Overall Review: Overall, I still enjoyed playing the game, still haven't reached 60% completion, and I've played a good 30-40 hours into it. Plenty of free roaming ship sailing, while also keeping the free roaming foot play. Story line was different, up to you to decide whether good or bad, but gameplay is exciting.

Pros: Everything is almost perfect in this game, the sound, the control, the graphics, the story, I cannot find anything bad that could make me give it less than 5 eggs

Cons: Is this game perfect? No, absolutely not. 2 expamles: first AI could be annoying sometime when you were supposed to defeat one enemy ship and it turned into a marathon that another one came right after you defeat one and made it a non-stop battle. second when you failed a mission more than once and decided to try it some other time, you will find you already completed it. Since you can restarted I would not consider this a deal breaker.

Overall Review: Would have chosen 9 out 10 if possible

Pros: It's fun to be a pirate!

Cons: All, I mean ALL of my saved progress was lost due to a corrupt save file. UBSOFT is aware of this problem but has not addressed it. I lost hours and hours of game time and had to start from the beginning again. Now I'm worried that it will happen again. Why couldn't they allow progressive saves that you could load at will?

Overall Review: I got this game as a free-be with a video card purchase, otherwise I would really be upset. UBSOFT has not responded to the hundreds of complaints on its forum about this problem. They can forget about me ever buying another one of their games.

Cons: Game only uses single core of CPU (I have an i7-2700K). With my GeForce 770 it should be playable, but due to the lack of multi-threading it makes it near unplayable.

Overall Review: ubisoft is slow or not responding. Other users have reported issues in forums but no answers. Previous AC games did not have these issues.

Pros: Great Game except for ubisoft

Cons: Ubisoft servers are the pits

Overall Review: If u buy this game which is Great offline ... The problem is Online which is hard to log on to the servers.