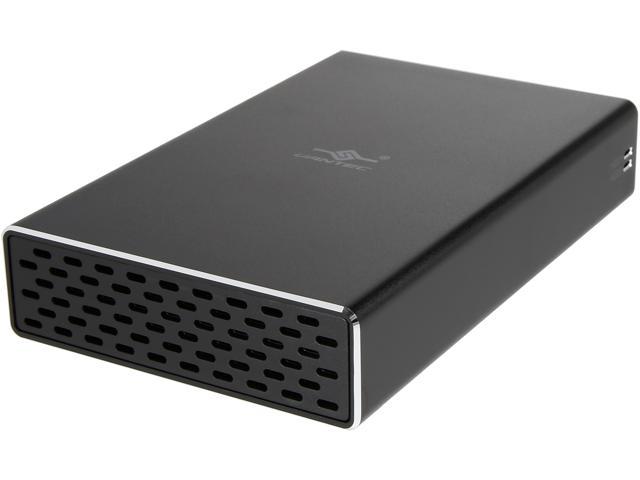 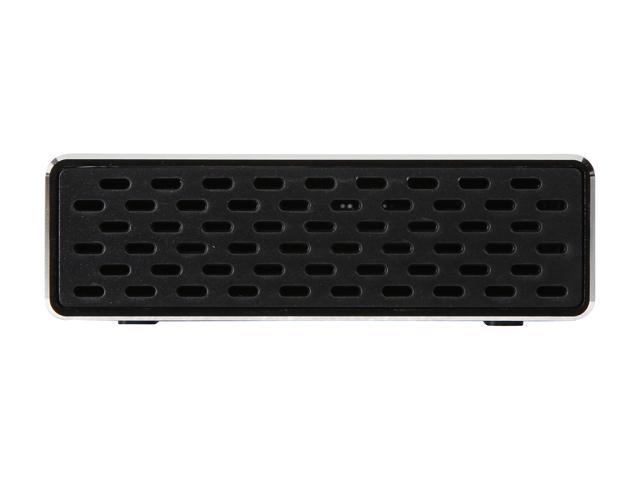 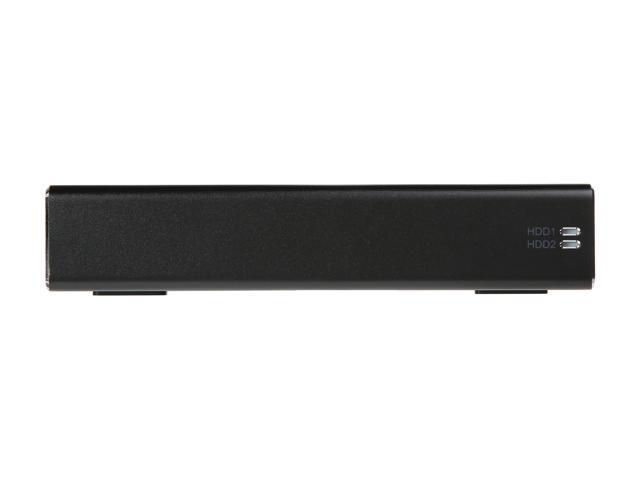 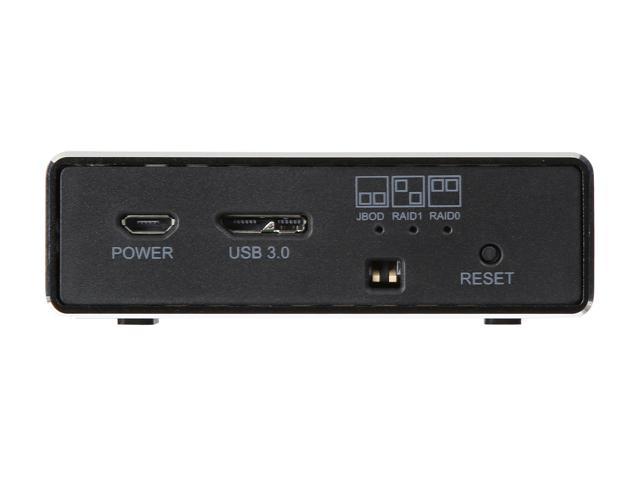 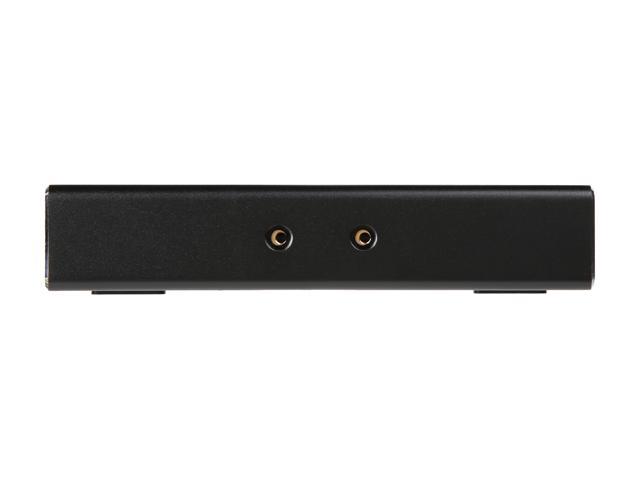 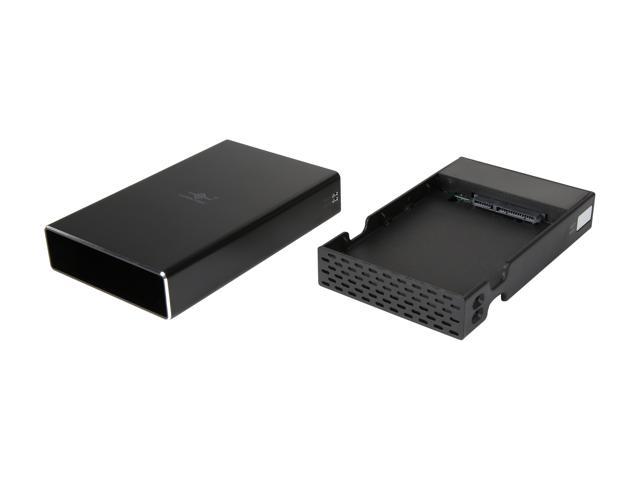 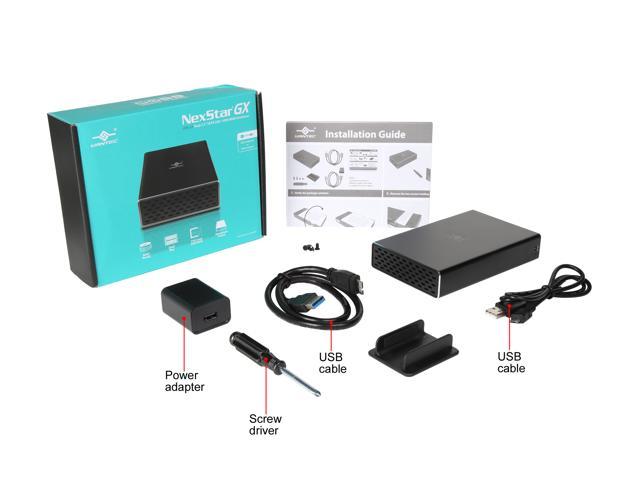 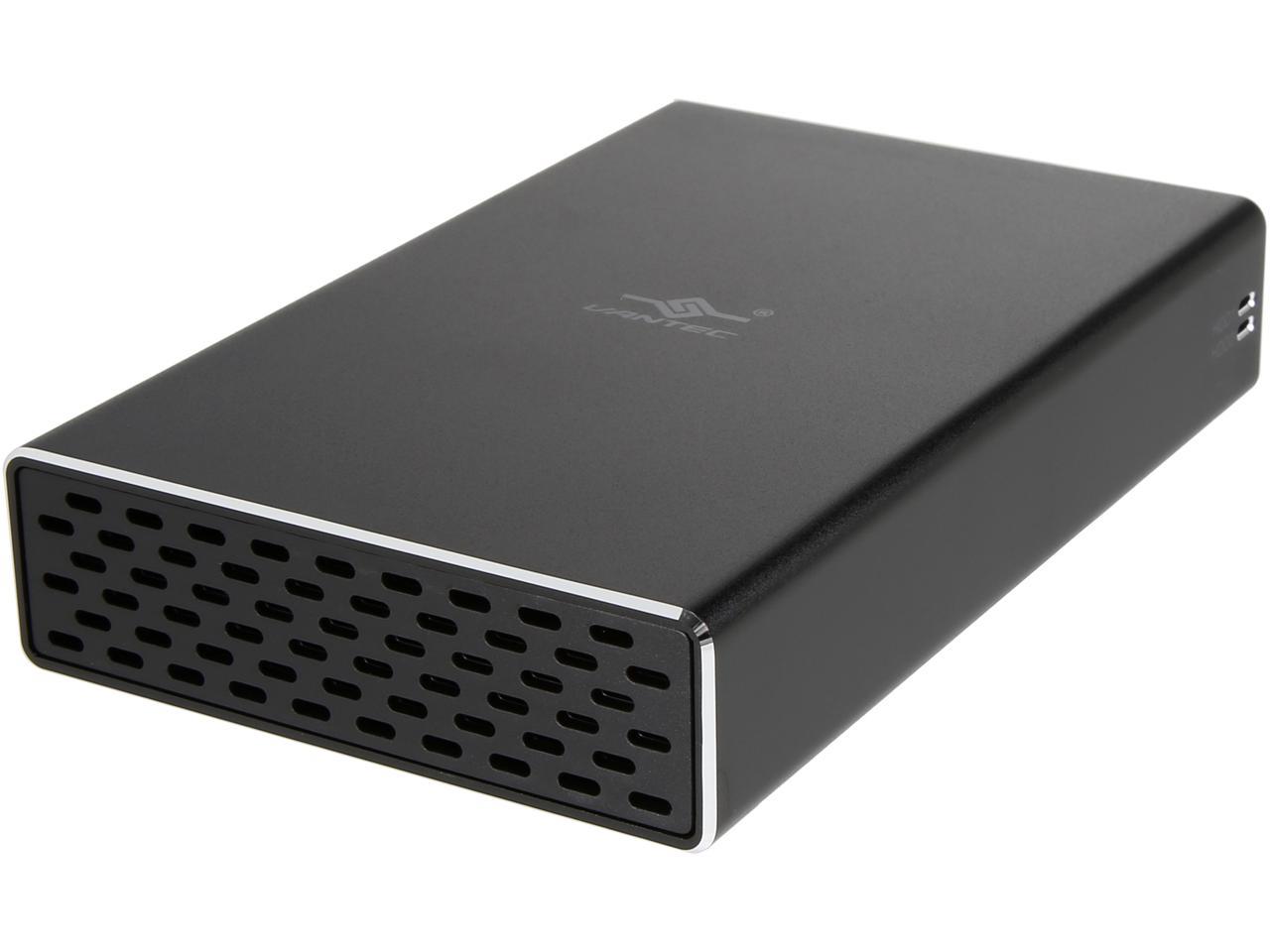 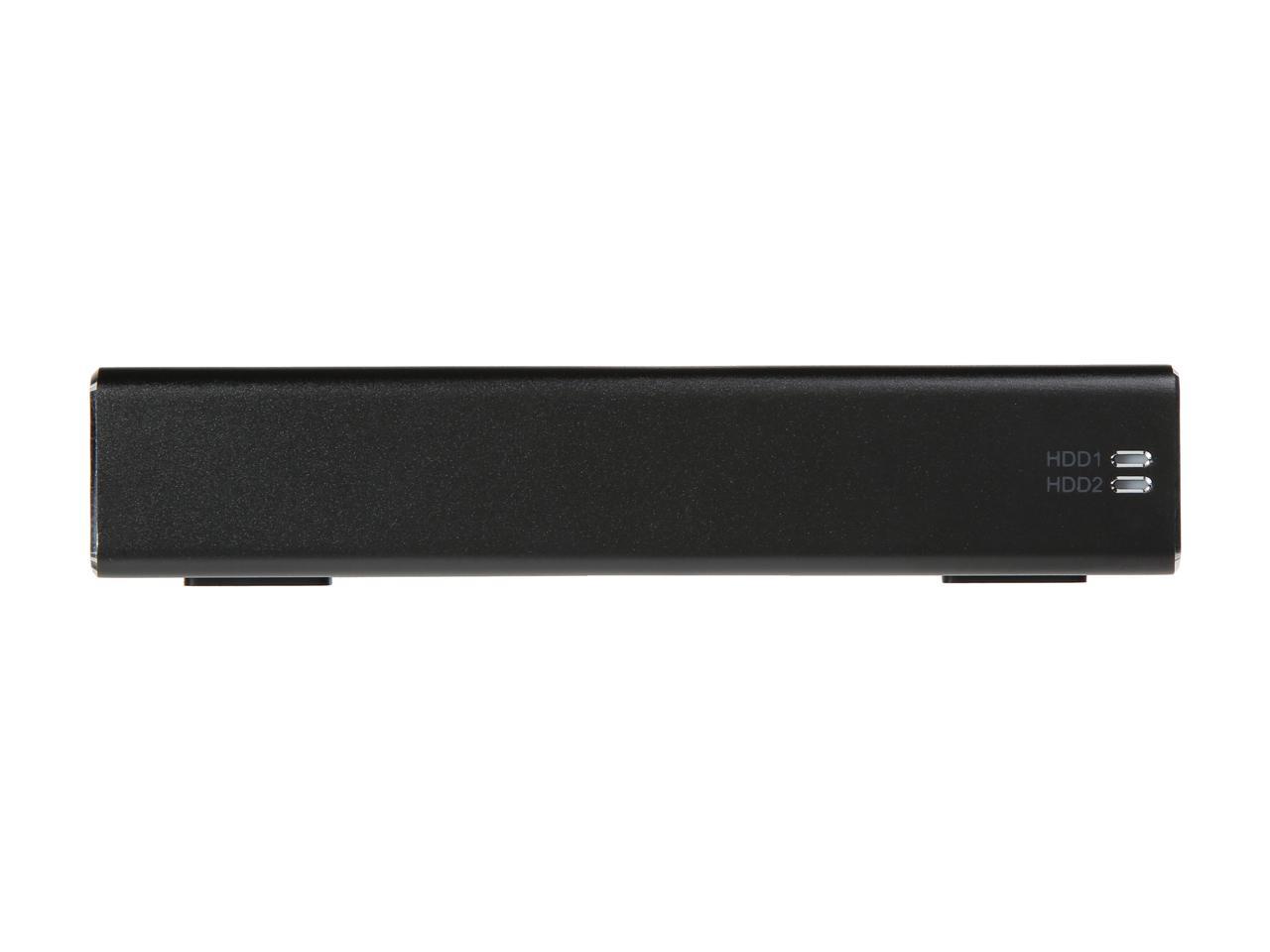 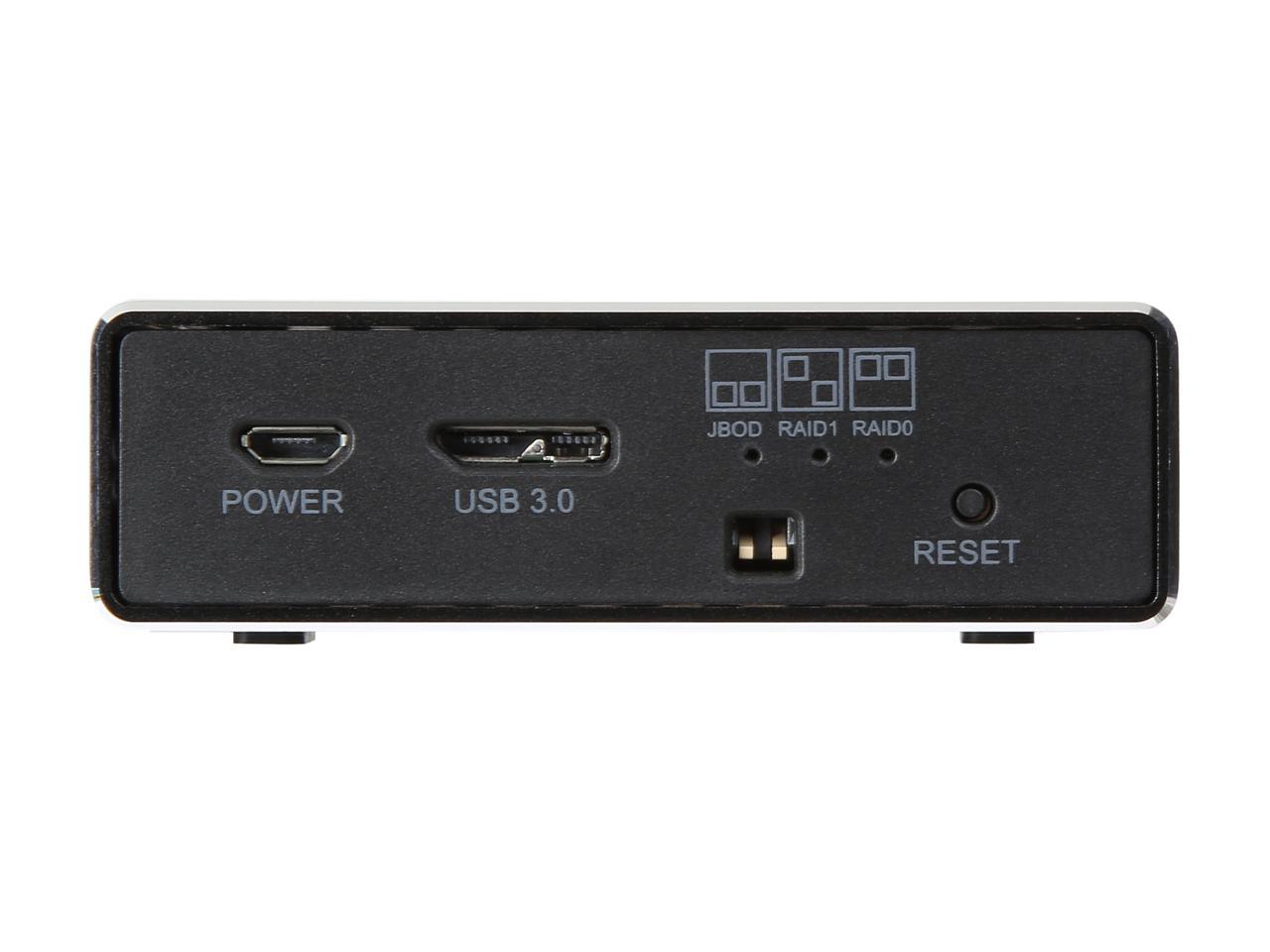 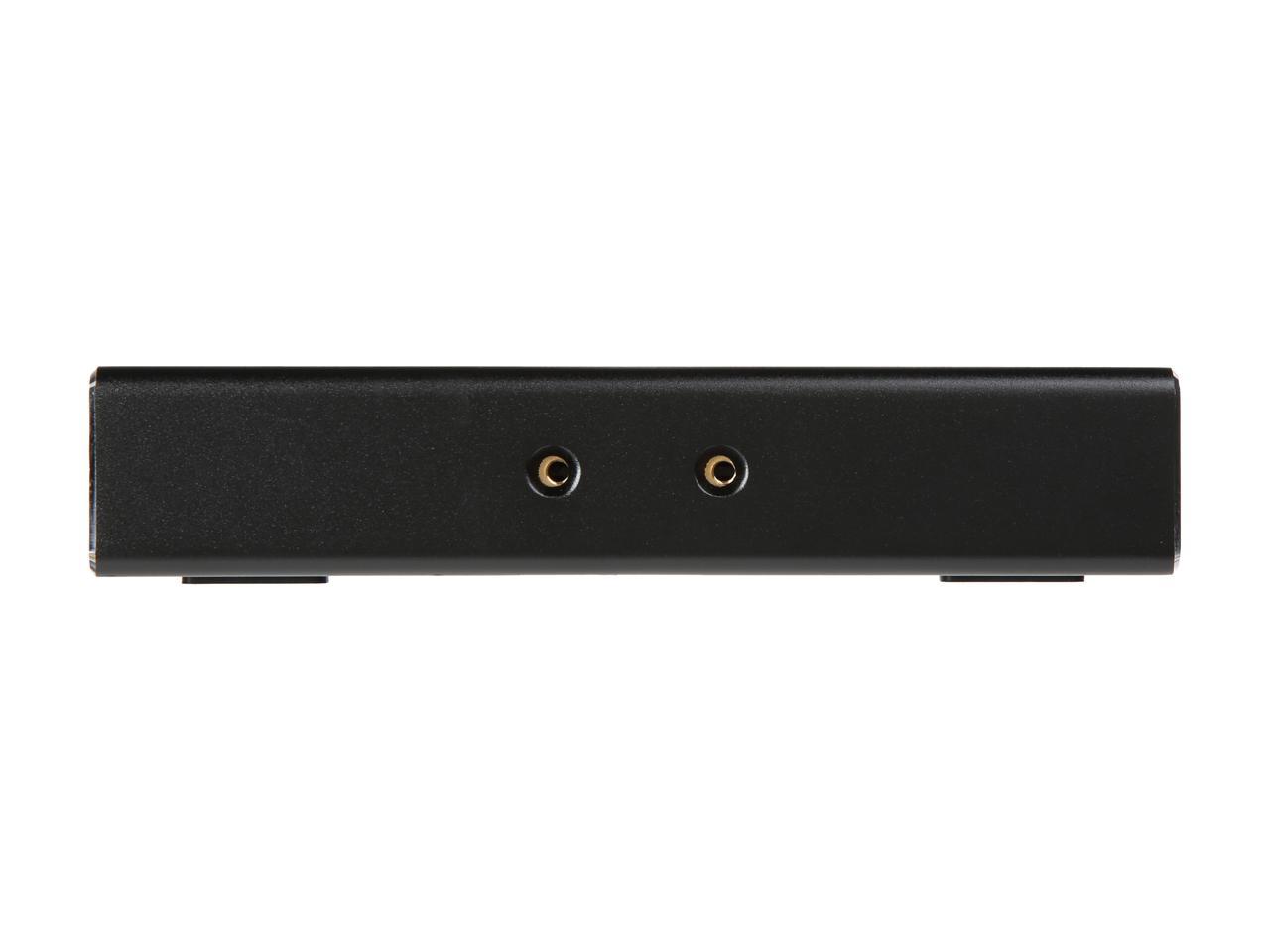 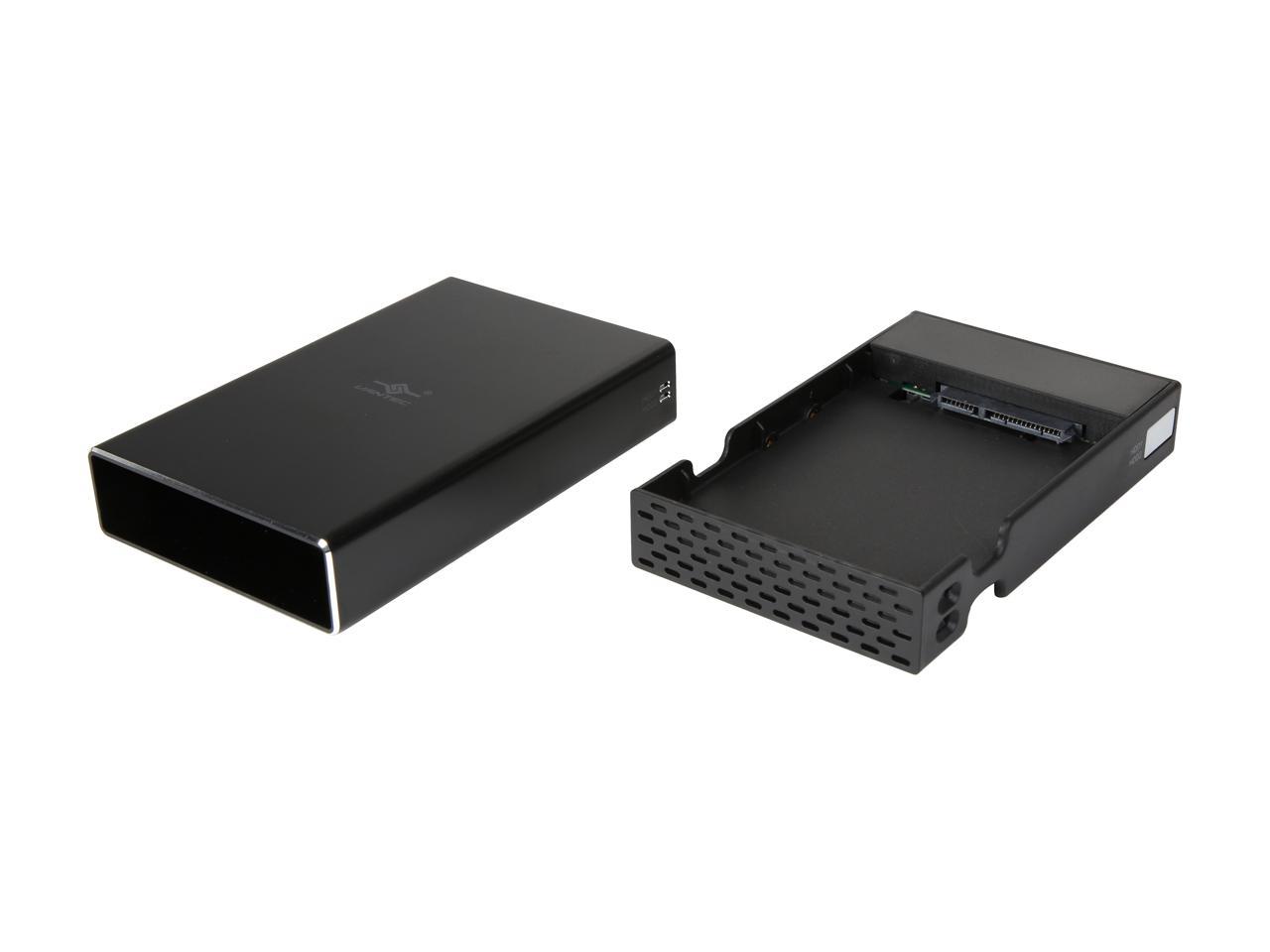 Learn more about the Vantec NST-272S3-BK

Pros: - Small form factor with RAID capability (reason for purchase). - Easy installation (comes with needed hardware ((screws and screwdriver)). - I don't need to use the (provided) power adapter. The transfer cable powers the unit. - Power adapter is available in the event that you have a computer that's not able to power-up the device via USB. - Beautiful designed with Blue LED indicators. - Easy to reset. Mine came reconfigured with JOBD, flipped the switches to RAID, powered the unit by connecting to PC, pressed the reset button...simple!

Cons: - Doesn't cook breakfast - Concerned about reliability. Other user stated that it "Worked long enough for me to throw away the box"

Overall Review: My Blue LED only flashed when writing to the disks. I'm only using for backing up pictures to SSDs in RAID 1, so the write speed is not a major concern for me. After data transferred the Blue LEDs were solid indicating that the unit was still on. Hopefully my unit will last longer than the individual in previous post. So far I'm happy with my purchase.

Pros: Build quality on the enclosure is really good. I didnt want the cons part to be true.

Cons: Uses the old/outdated JMS551 Controller which DOES NOT OPERATE AT SATAIII SPEEDS! Does not support TRIM commands Read and Write Speeds are 50% slower and Write speeds are 25% slower than an enclosure utilizing an ASM1051 chip I would advise doing research and not buying an enclosure until you know what chip it is using.

Cons: Not really sure how I'm going to know when a drive dies or RAID is messed. I guess one of the HDD lights will not turn on?

Overall Review: My plan was to do JBOD but I'll be using this with a Pi Zero saving me the software RAID overhead and USB 2.0 bandwidth.

Pros: I bought it and it seem to work fine at first but the I noticed my iMac was taking extremely long time to boot up. Looking at the led’s on the side, the enclosure seem confused is the best way to describe it. The led’s just flickered between hdd1 and hdd2. I finally give up on it and put my drives back in their old enclosures. This would have been great if it worked.