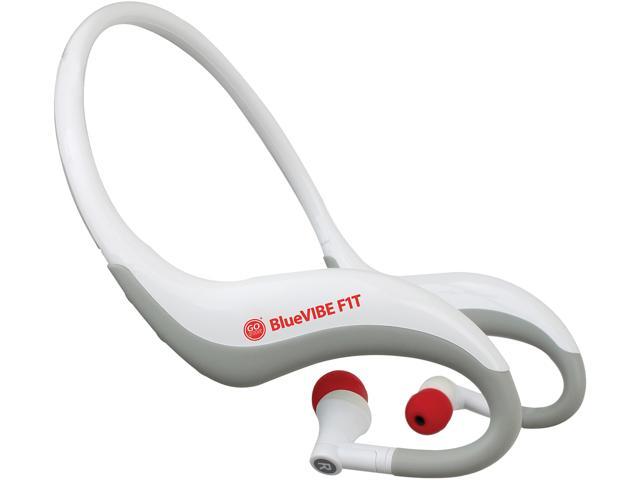 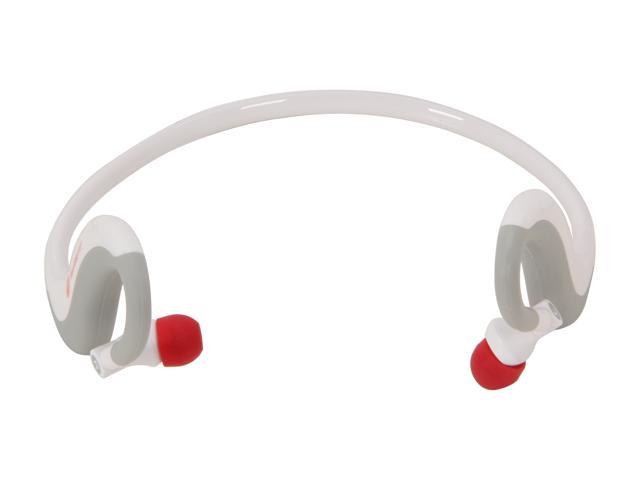 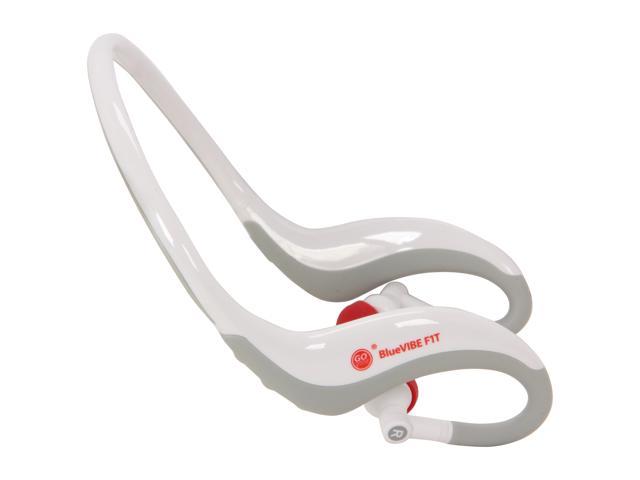 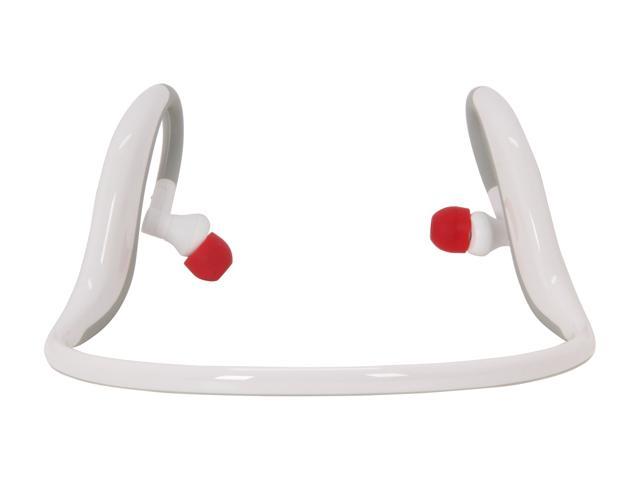 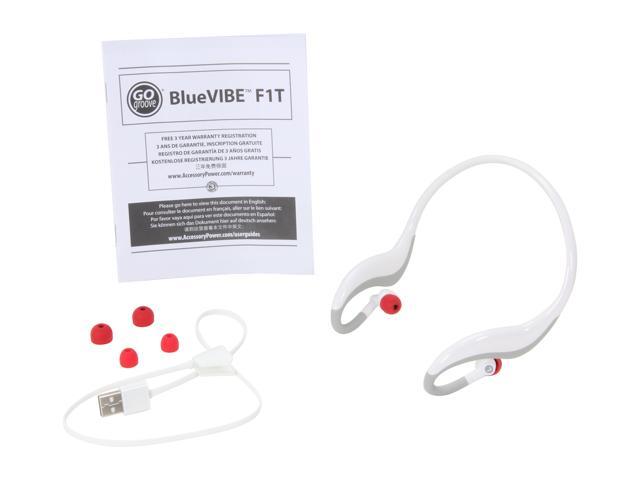 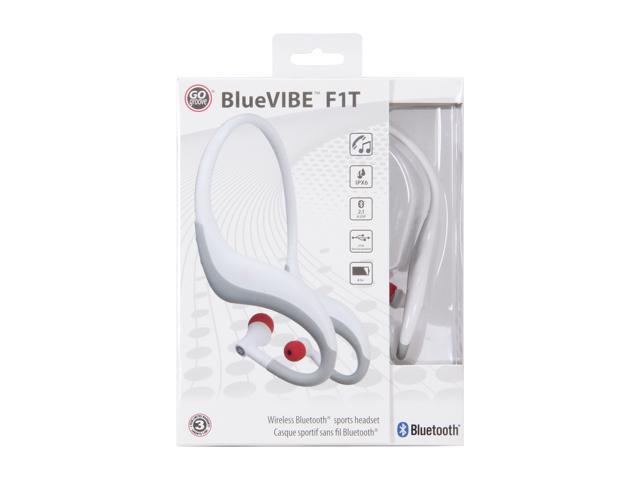 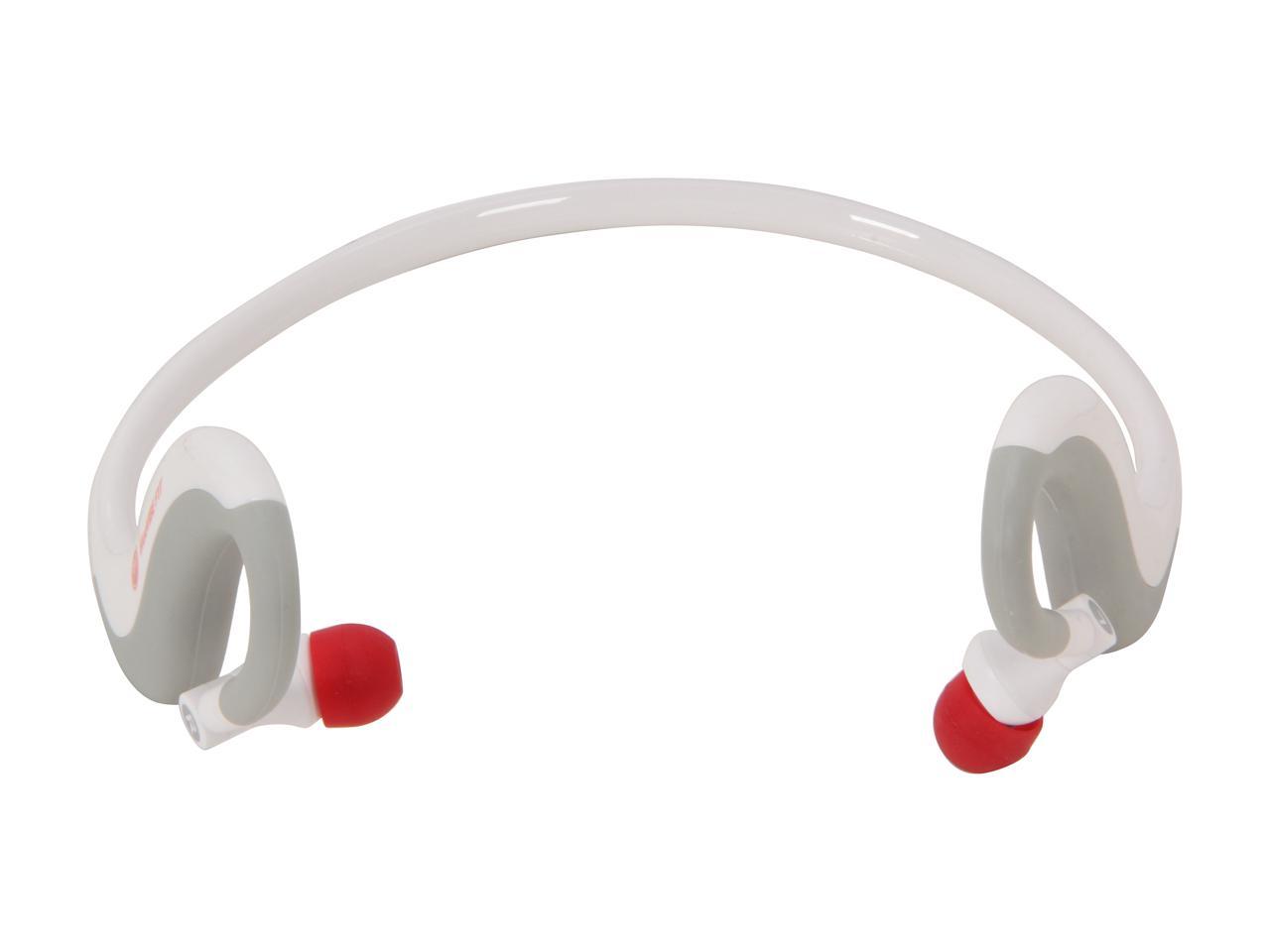 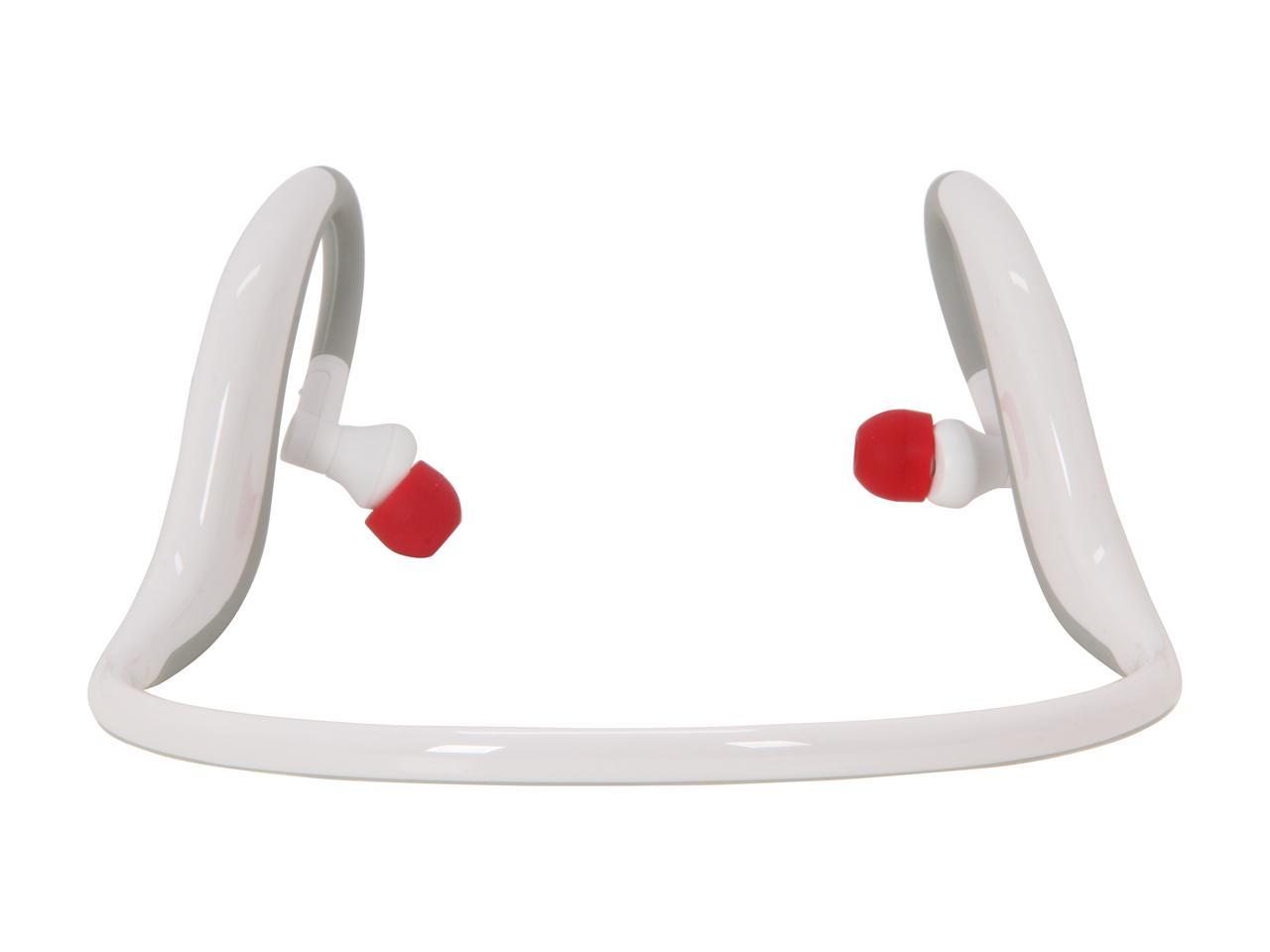 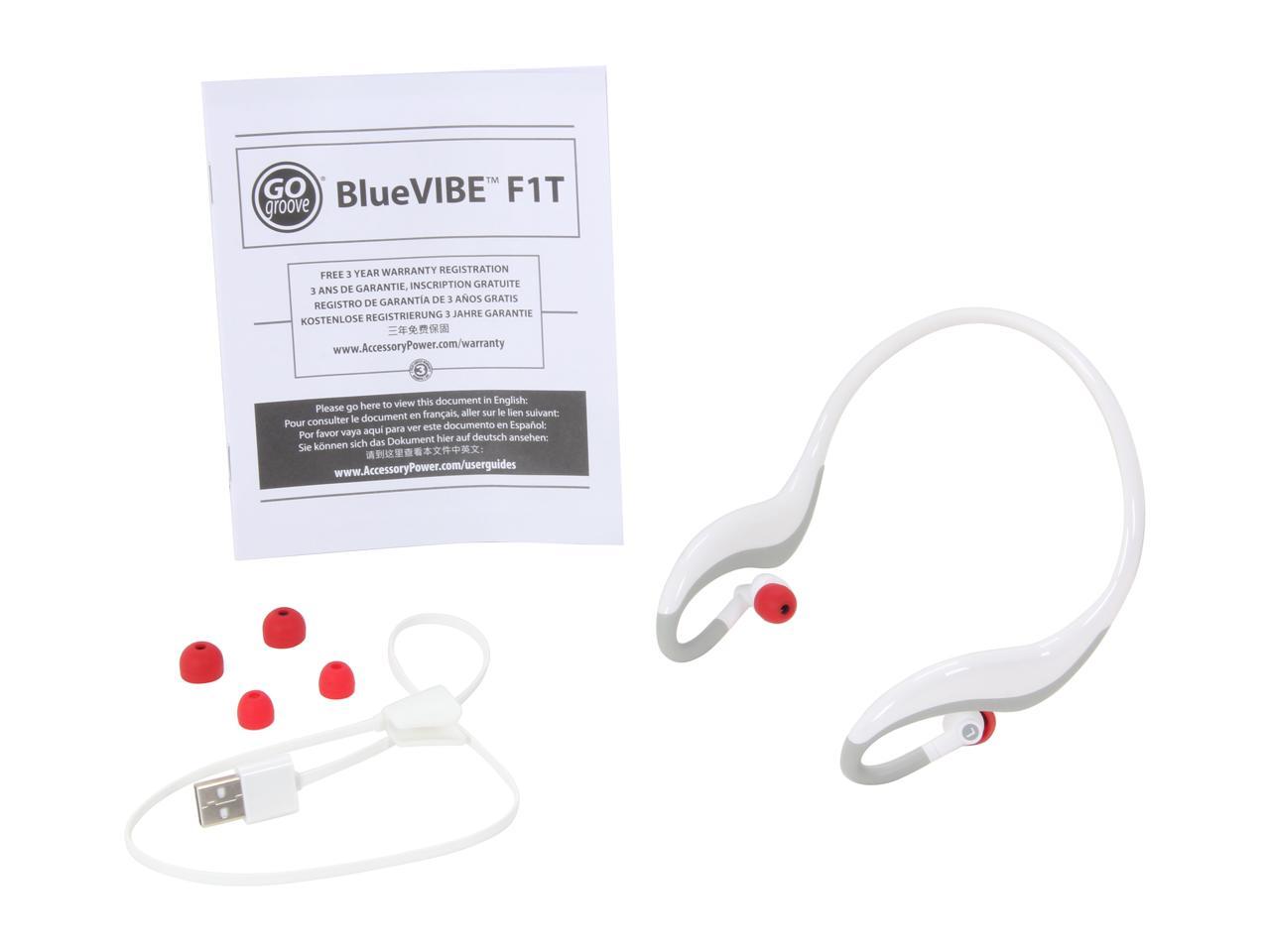 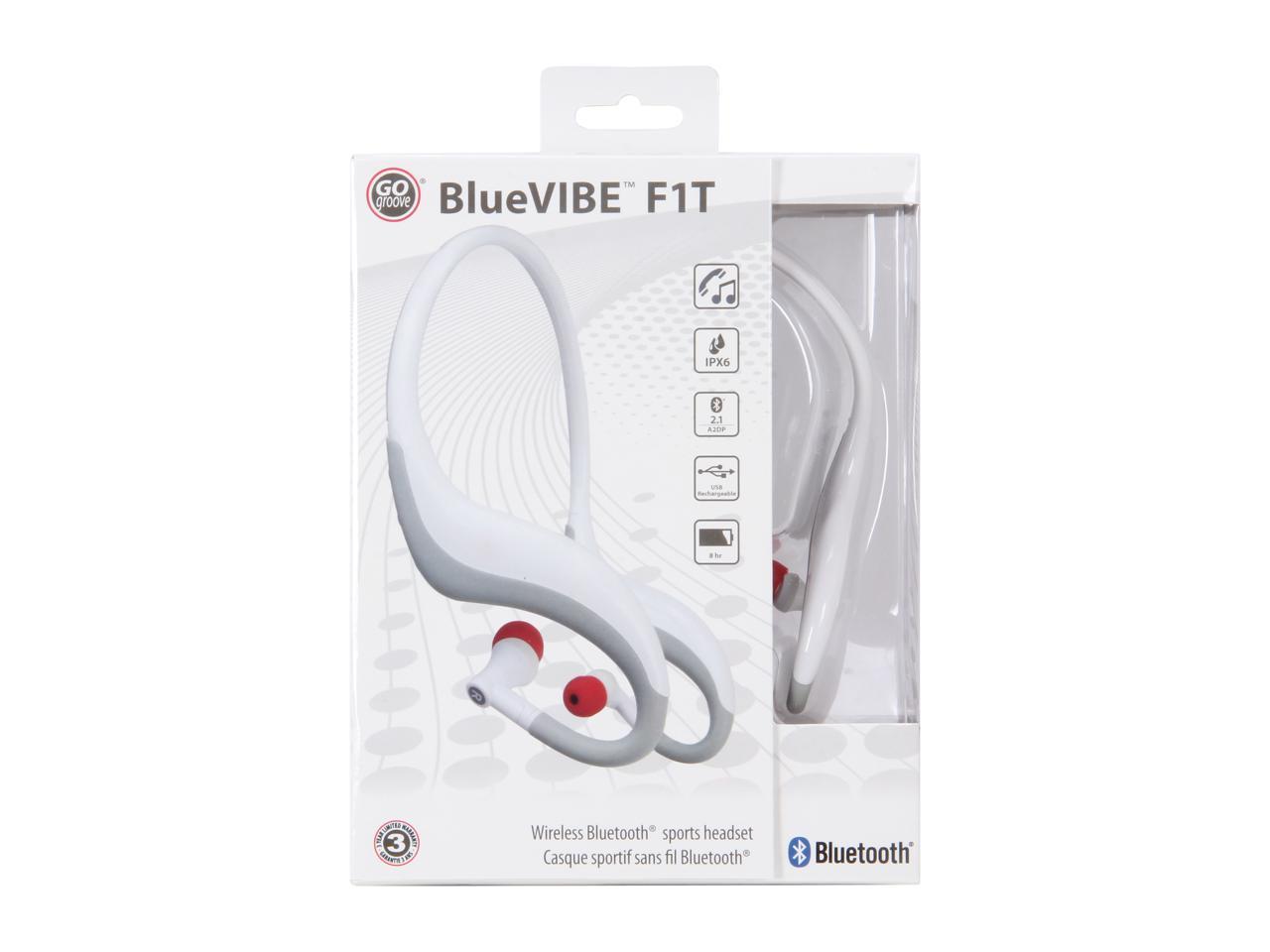 F1T for Royalty
The BlueVIBE F1T is designed to provide comfort, durability and style. The lightweight, wraparound design is so comfortable that you might forget it’s even there—if not for the booming sound quality. With IPX6 water-resistant certification, the F1T is designed to work through the harshest conditions, and the adjustable earpieces and multiple earbud gel sizes offer a customized fit for everyone.

Good Vibes
Featuring Bluetooth v2.1 technology and a built-in mic, the F1T offers streaming audio and hands-free calling without the burden of wires. Automatic pairing means the F1T remembers your device after the first use, so all you'll have to worry about is what to play next! Onboard controls allow you to control volume directly from the headset, as well as play, pause and skip tracks. Incoming calls will pause music automatically, meaning you can answer, end and redial a call without ever having to touch your phone!

Backed by a 3-Year Warranty! Pros: - Decent sound and a water resistant sport headphone for good price - Good range so I can listen to music without having to carry phone around while moving around my apartment. - Eliminates the need for wires while working out, which is fantastic. - Multiple sized adjustable buds for tailored fit. - Good battery life, allowing for multiple hours of music listening during workouts or other activities. Not quite the 8 hours advertised, but variation from the "perfect" conditions is to be expected.

Cons: - Initial pairing was a bit problematic. My headset requires the sync button to be pressed for about 10 seconds, while the instruction manual says press button for 5 seconds. This made me think it was DOA at first. - Microphone is not that great. Seems to pick up a lot of static when used for voice on both computer and phone based calls according to person on other end. - Button positioning isn't the greatest. It has three small unlabeled buttons closely grouped on the underside which makes it difficult to use without unseating a bud or taking off the headset, especially while running.

Overall Review: - Although its a sport model, for me the headphones tend to bounce on the back of my head while running, eventually working themselves out of position in my ears. Since this has happened with other headphones I have owned as well, I can't really count it as a con of the product itself but rather the activity paired with bud type inter-ear headphones. Still I think it is important to consider. - Has a custom charging port instead of a standard USB type, so wire clutter is increased and replacements may be hard to acquire should it be lost or broken, especially in the future when this model is no longer available. - The charging port has two metal contacts which can become coated with grime or sweat from heavy activity. This may make it charge slowly or not at all. Use a q-tip with rubbing alcohol to clean the metal contacts on both the charging cable (while not plugged in of course) and the headset to return it to normal operation. I would also imagine sweat could corrode the contacts, eventually making the headset no longer able to charge, so keeping clean is important.

Cons: With this style of headset its hard to wear a beanie in the gym, that that can be said with all wrap around headsets in this style.

Overall Review: I received this headset as a gift for chaunachaka. It has been my go to headset for lifting and running ever since. It charges super quick and holds a long battery life. Great frequency profile and the bass is super crisp and heavy. I can switch from some cannibal corpse to skrillex to some super deep maxi soundsystem and still retain all the highs and low frequencies with out changing my phone's equalization settings. Great over all headset for the gym and life in general. I really think this headset gave allowed me to go +20 on my PR in the squat rack.

Overall Review: This thing worked correctly for probably about 1 week. I would use it when running/working out only. I've never dropped it, but it never correctly held a charge. I thought it was normally that it died rather quickly but never really got to me. So after battleing with this issue, I probably got at most a month's use out of the thing (i stopped using it because i didn't go running out doors for the winter.) And It WILL NOT charge. It says its charging, finishes and when i go to turn it on.... no charge at all. It won't even turn on but when i go to plug it in again IT will charge for hours again. What a waste of nearly 80 dollars....

Cons: Just died in less than a year of use

Overall Review: May be it was just an oddball piece that failed

Pros: For me at the time, price. It's gone up now.

Cons: Recipients of my calls not able to understand me regardless of hyper-enunciation of consonants and voice volume and I've been a broadcast professional earlier in life. Transception includes transmission, not just reception. A Bluetooth through which I cannot be understood is useless therefore one egg. I agree as well with other reviews regarding the issues with the charging connection. Basically a good concept that needs to go back to the drawing and production quality board.

Cons: Very uncomfortable and while phone is in pocket signal is shady. These are no good period..........

Pros: cheap compare to other headset of the same type

Overall Review: spend $20-$30 more and buy a better headset. cause now I need a new one.

Cons: The fit leaves a lot to be desired. Sound is average for ear buds. The right speaker is already having issues cutting in and out. Depending on how the manufacturer handles the return, I'll adjust my rating.