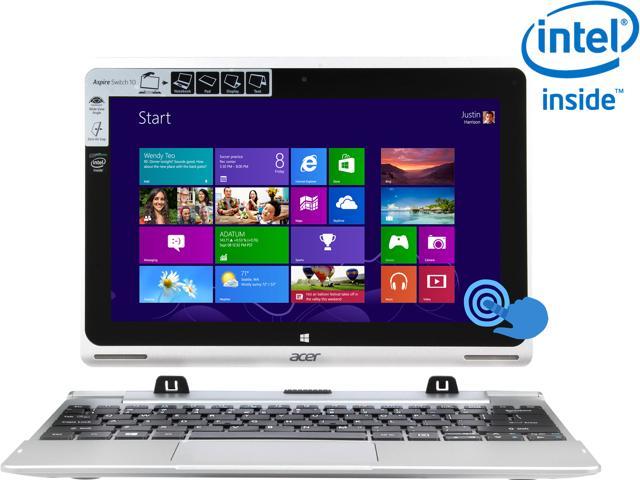 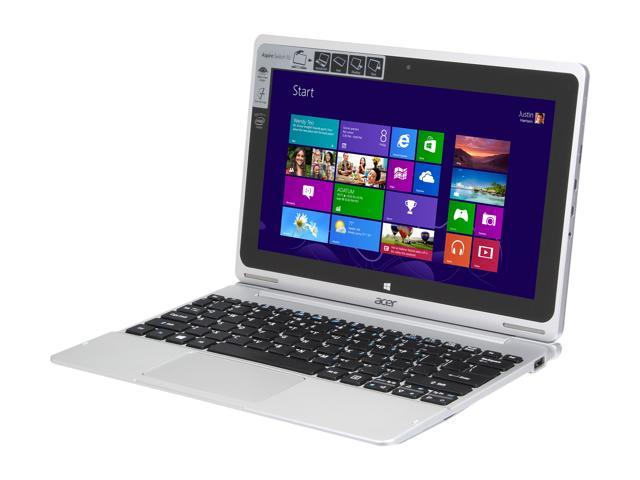 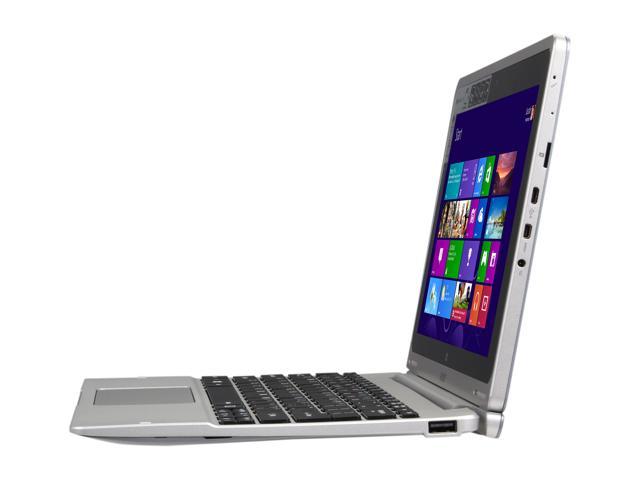 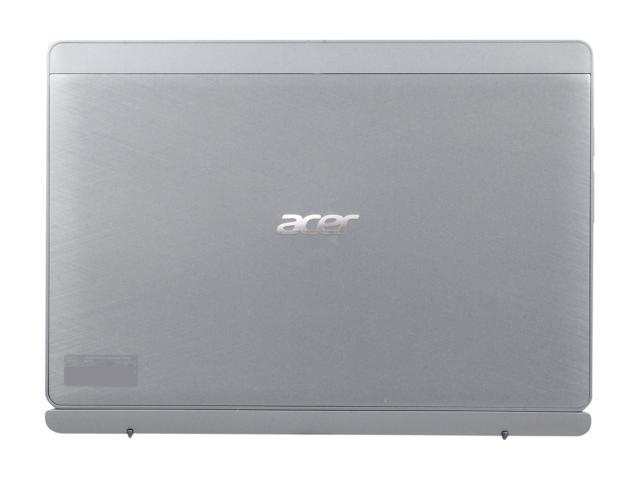 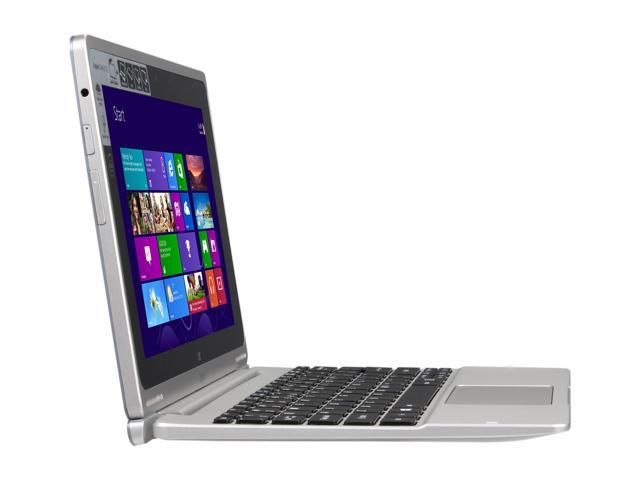 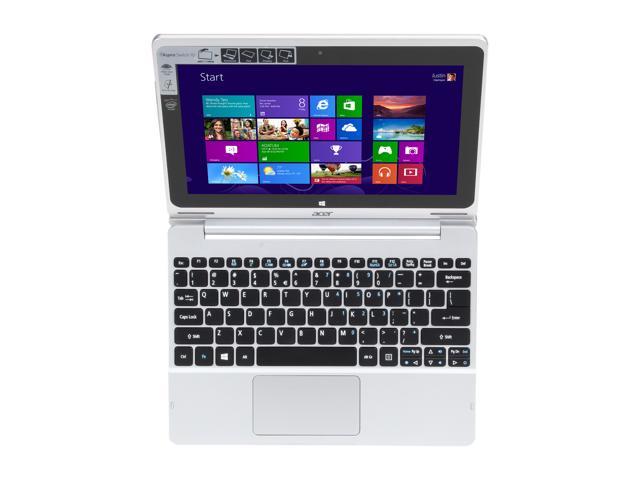 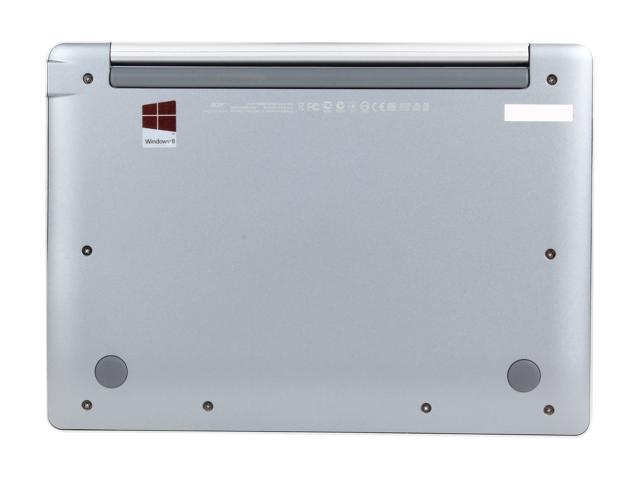 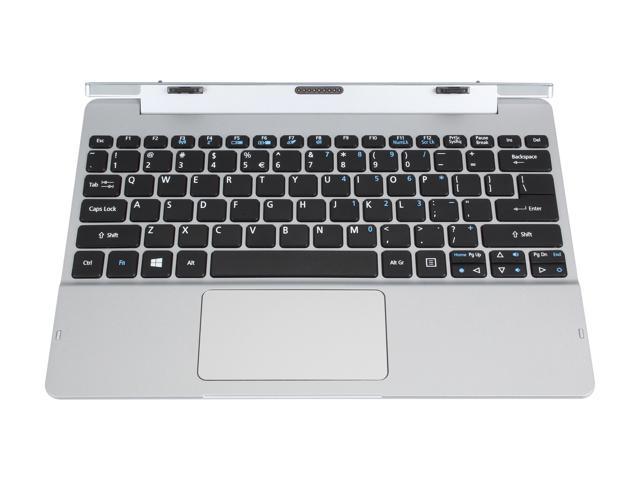 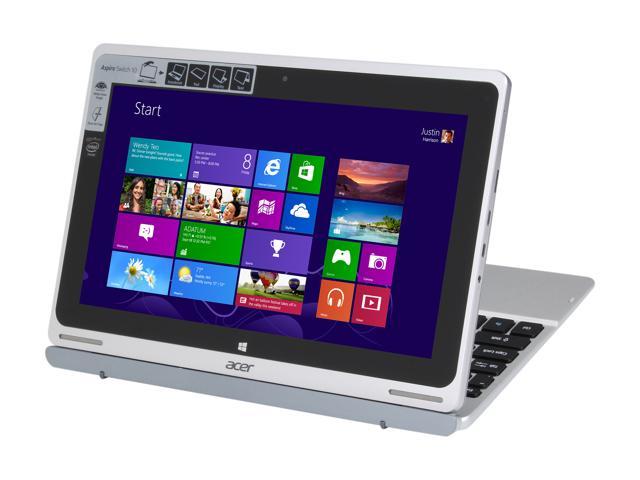 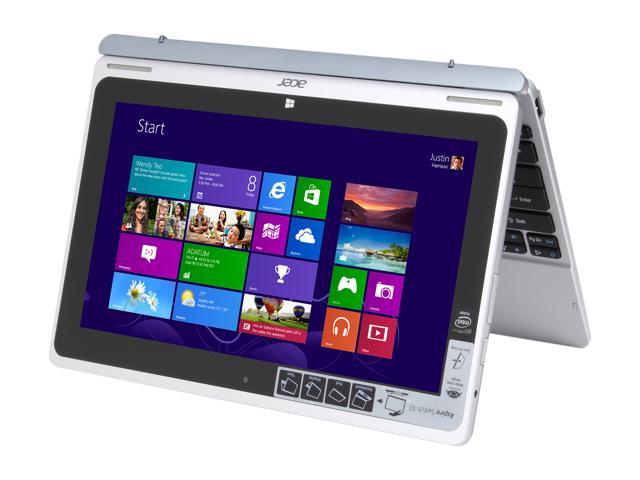 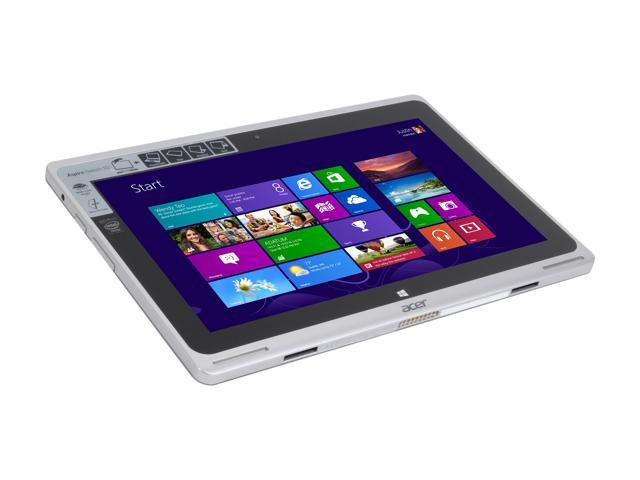 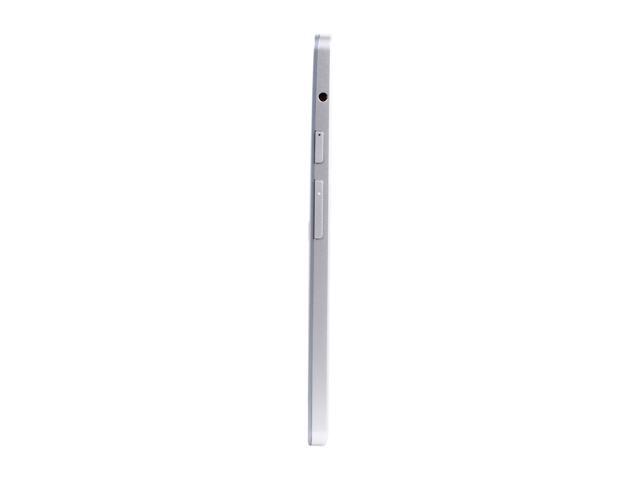 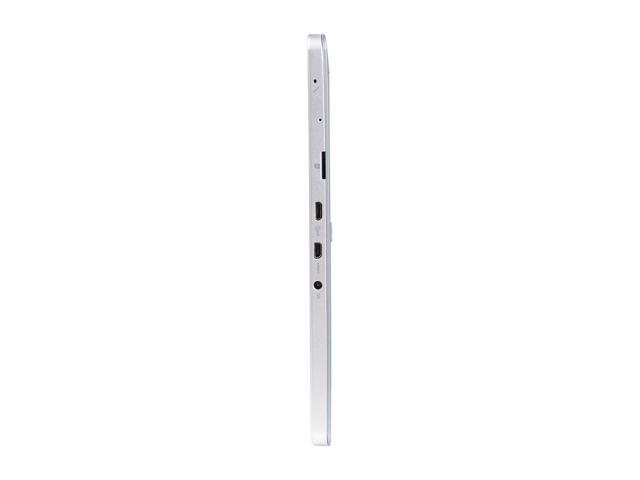 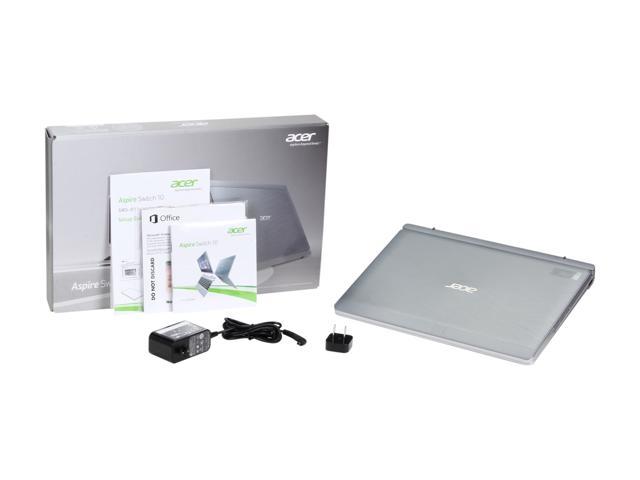 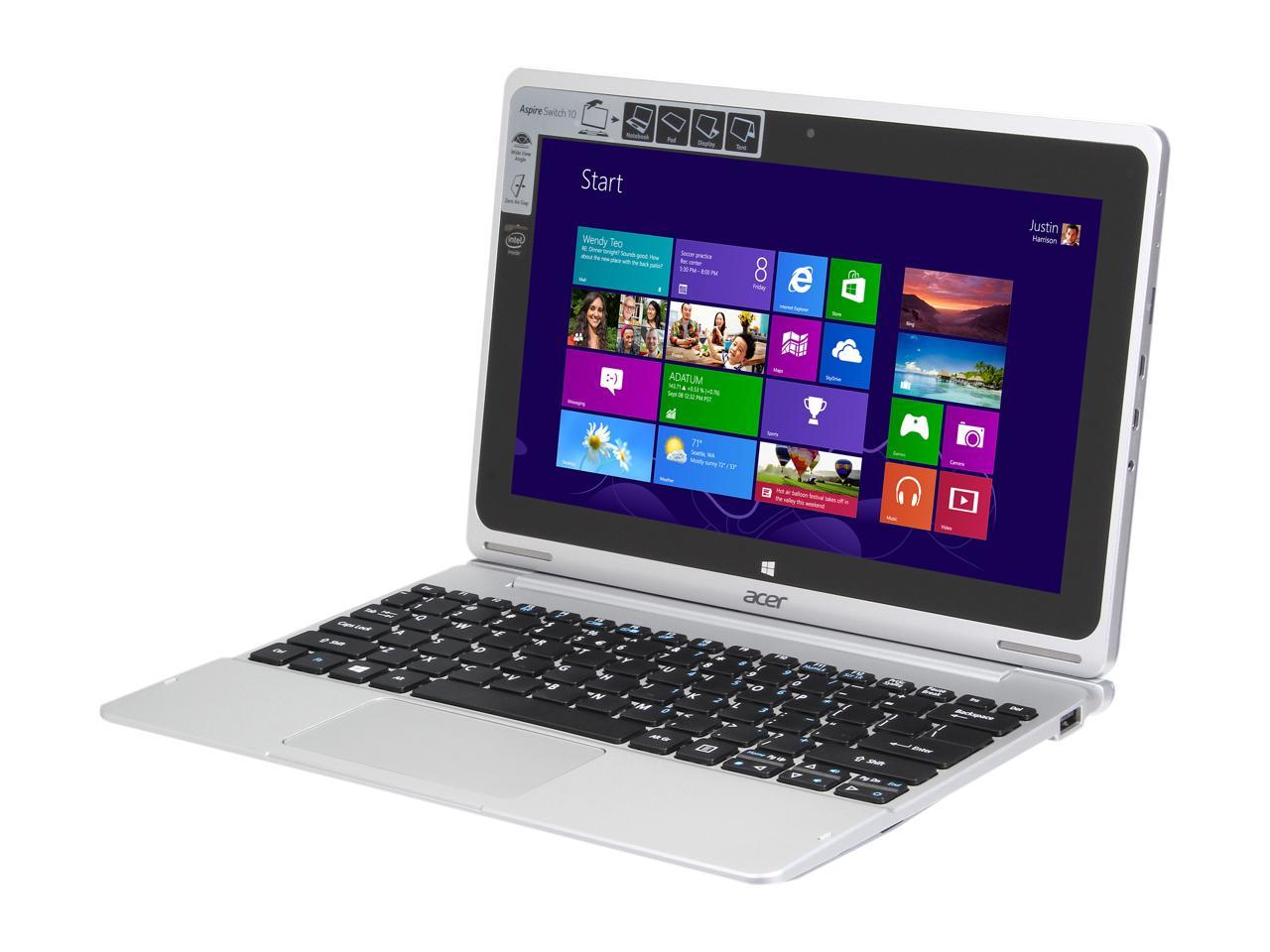 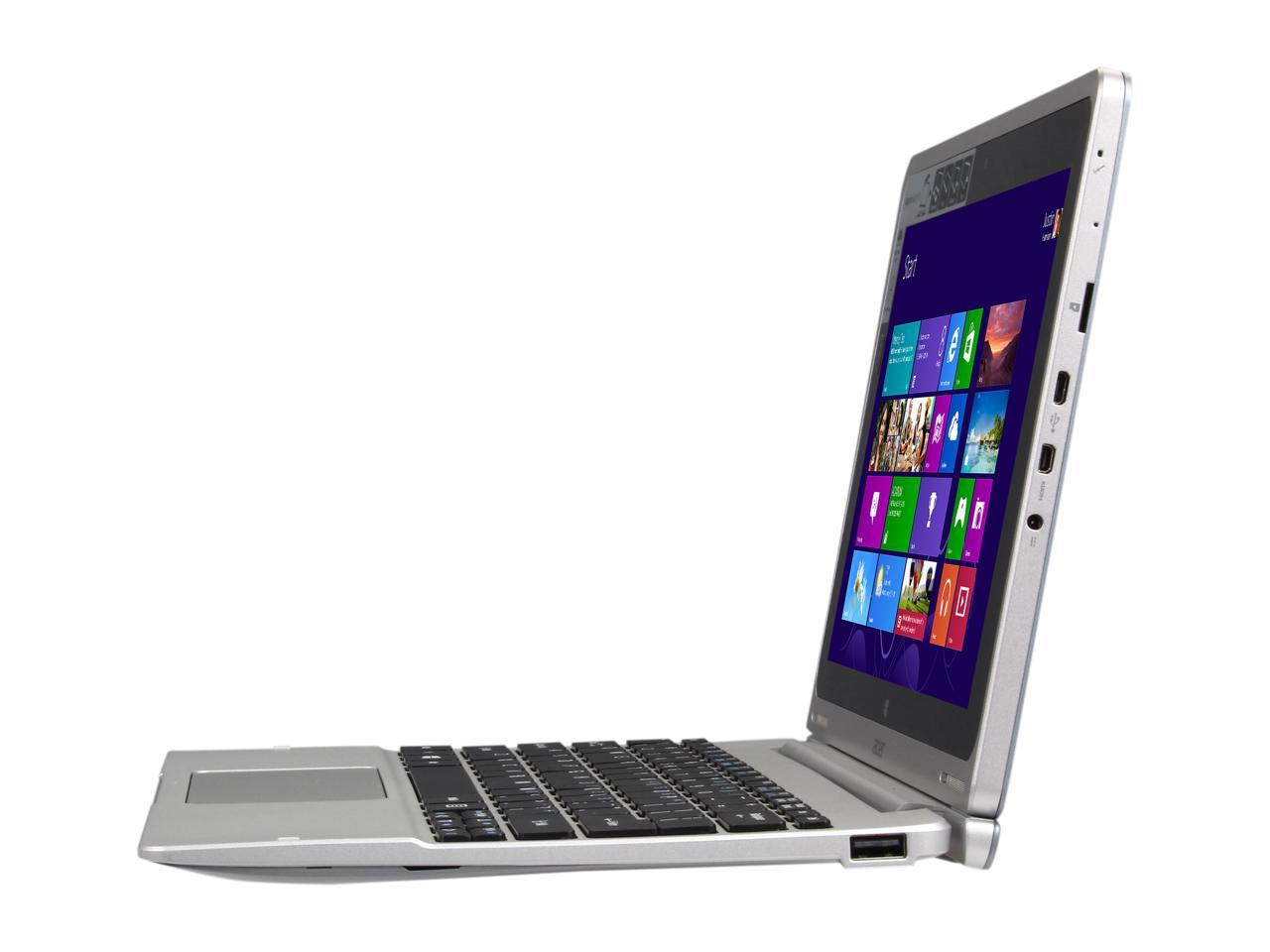 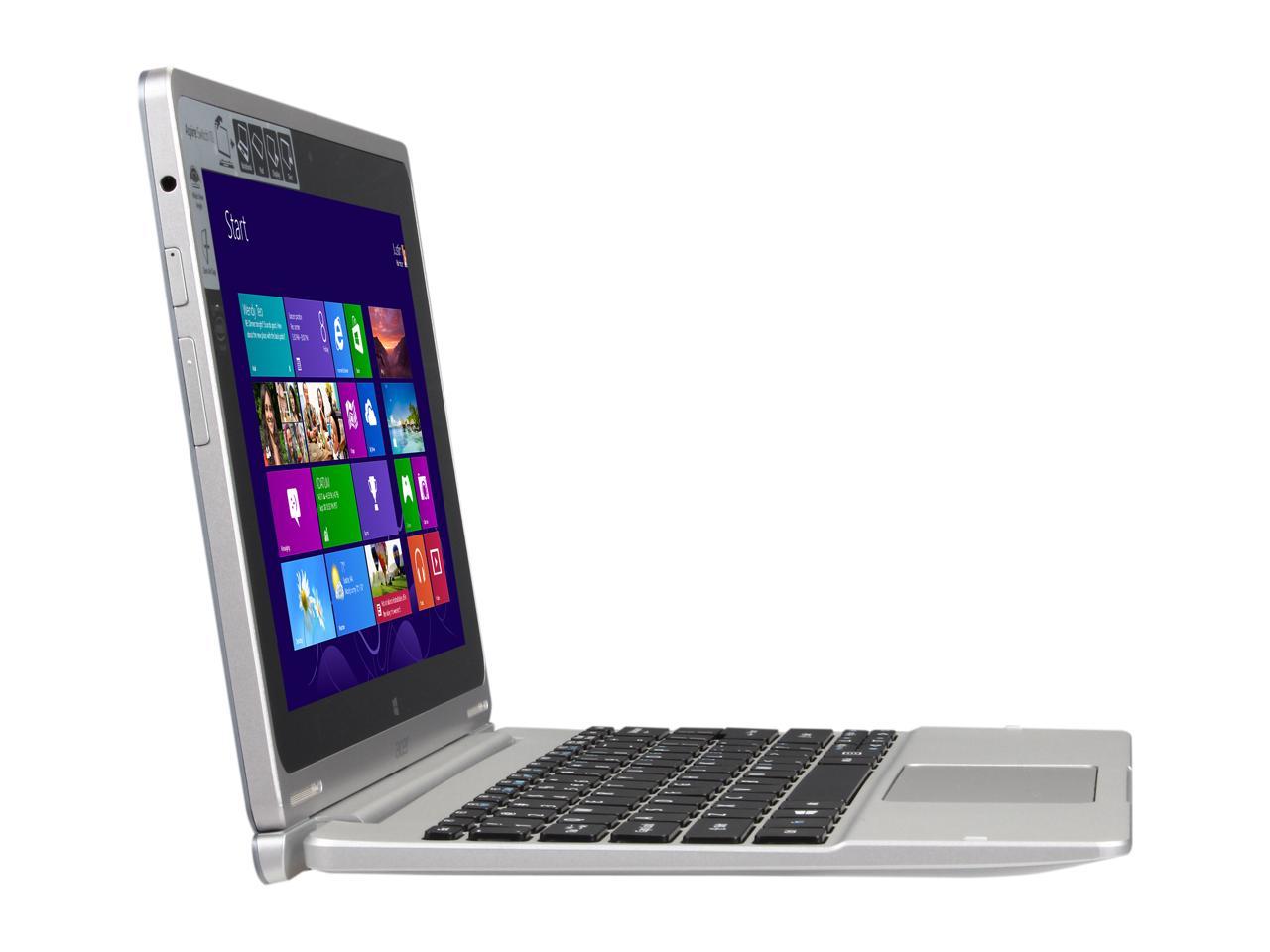 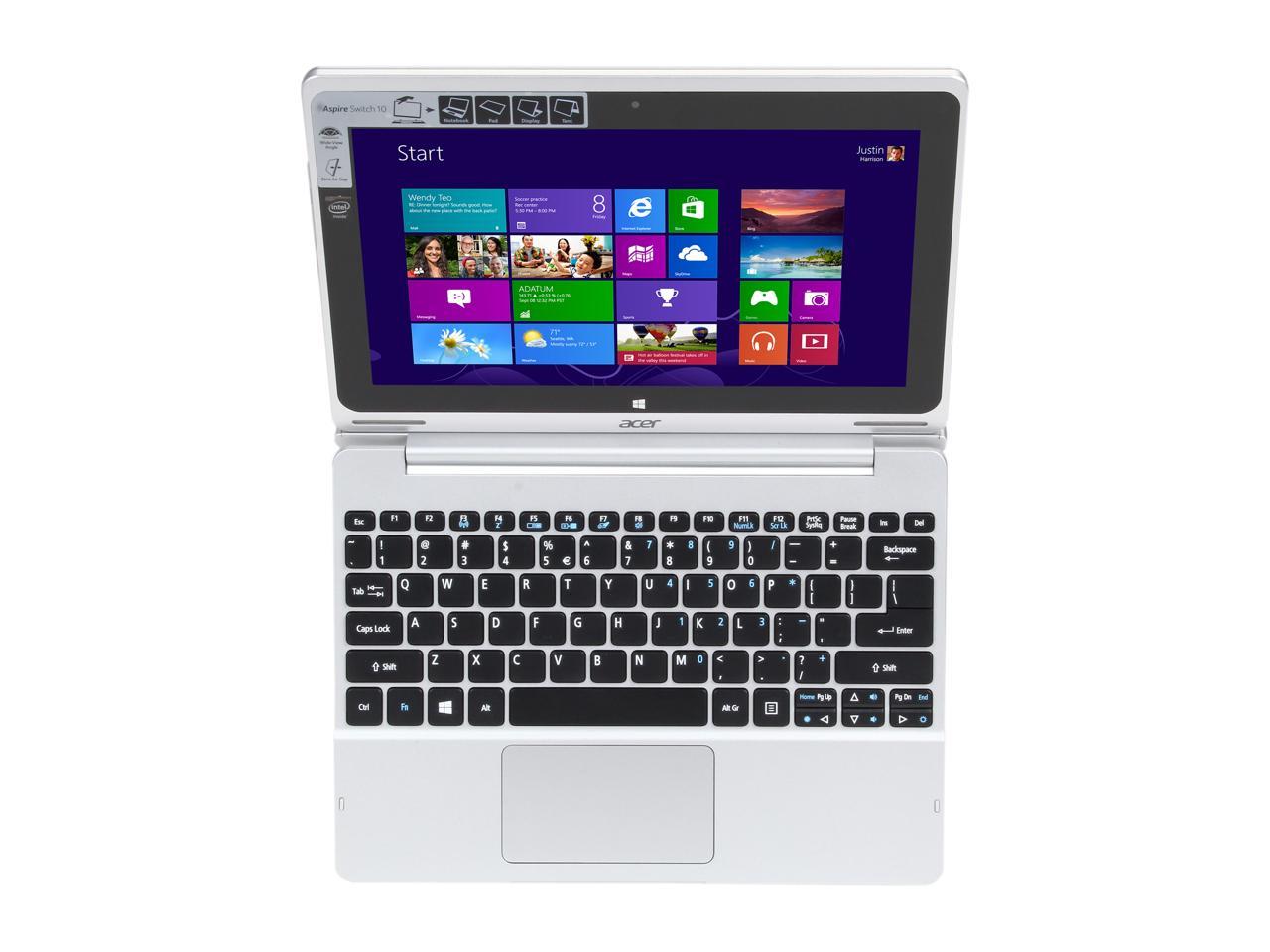 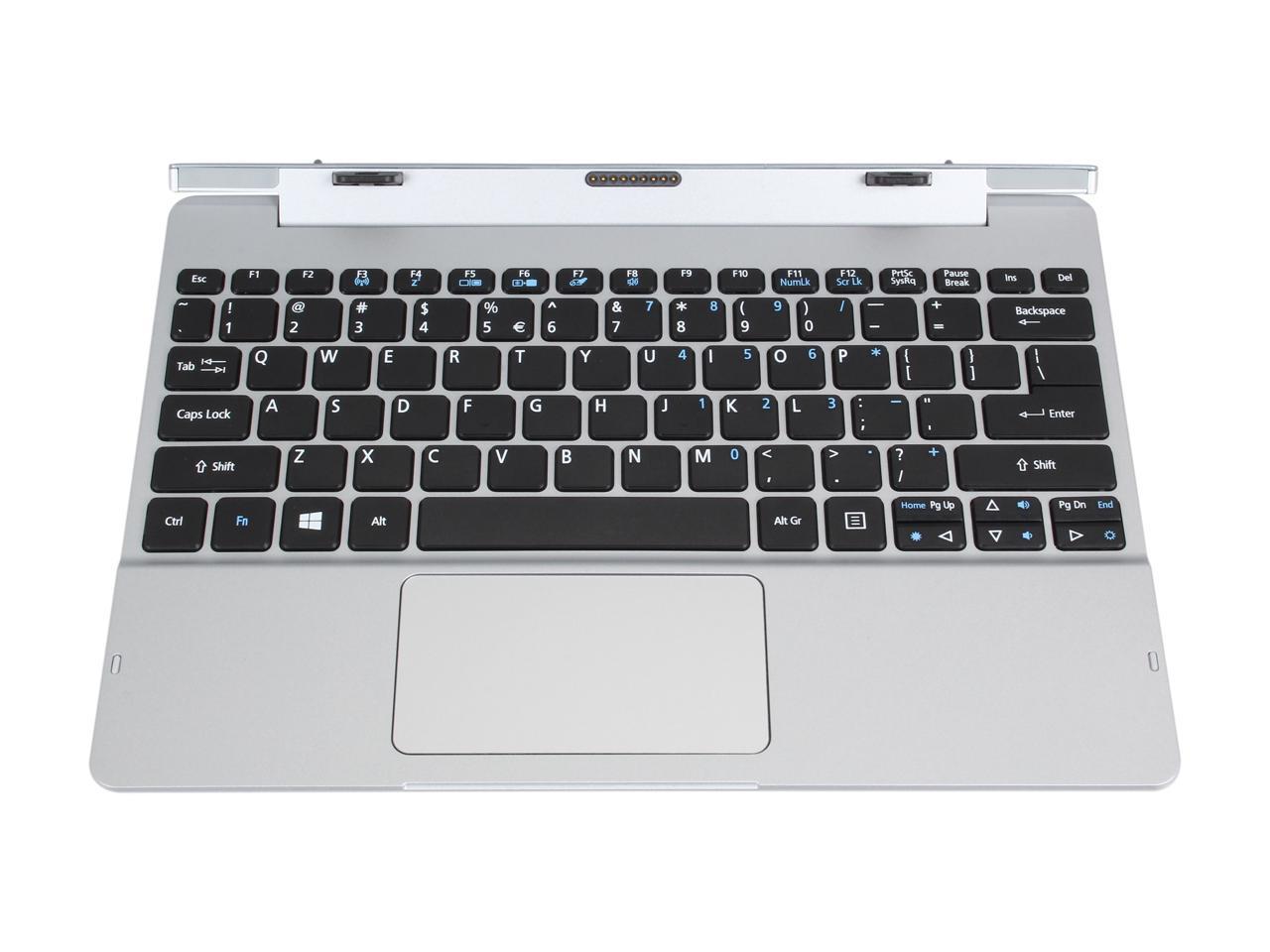 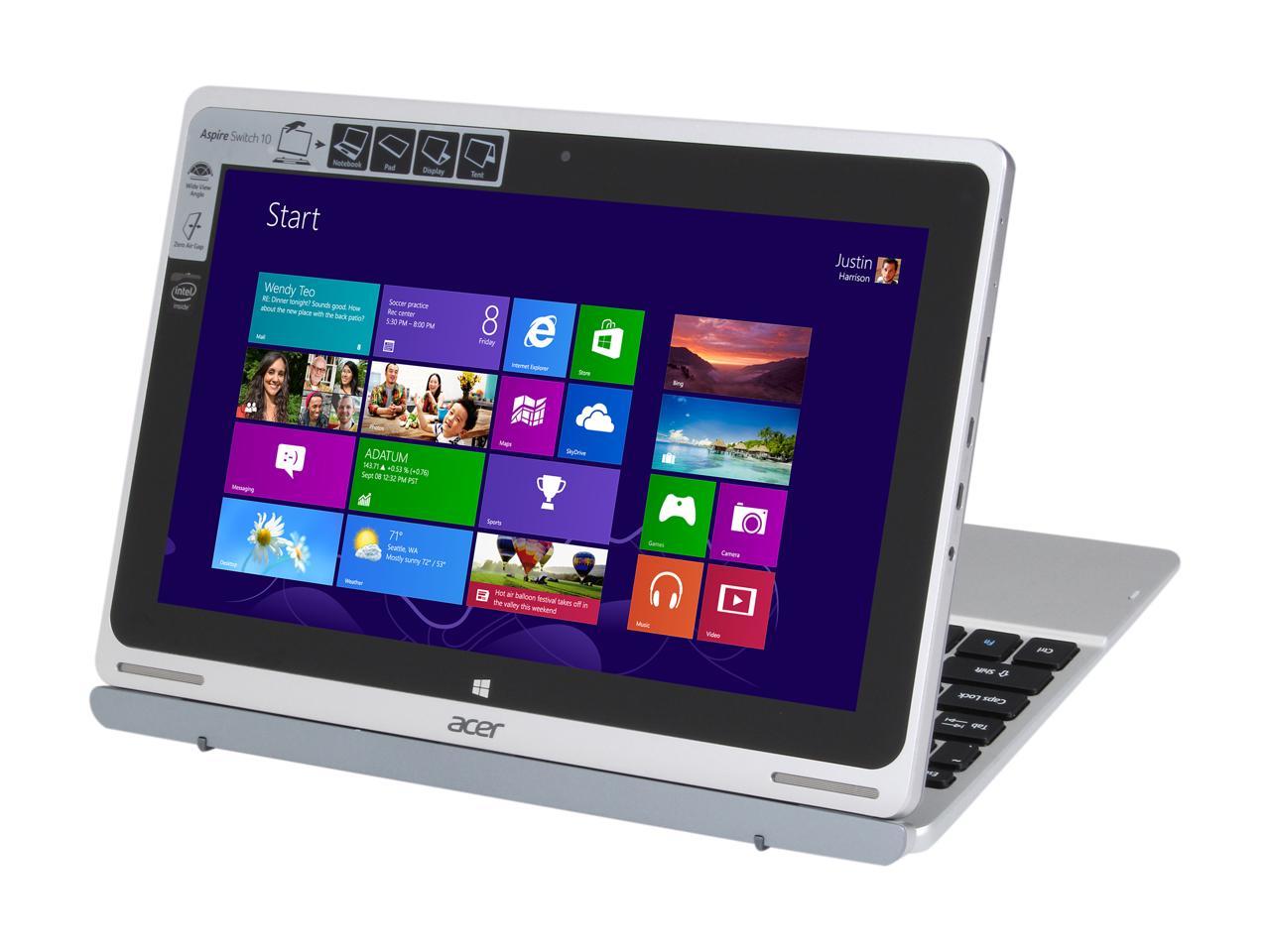 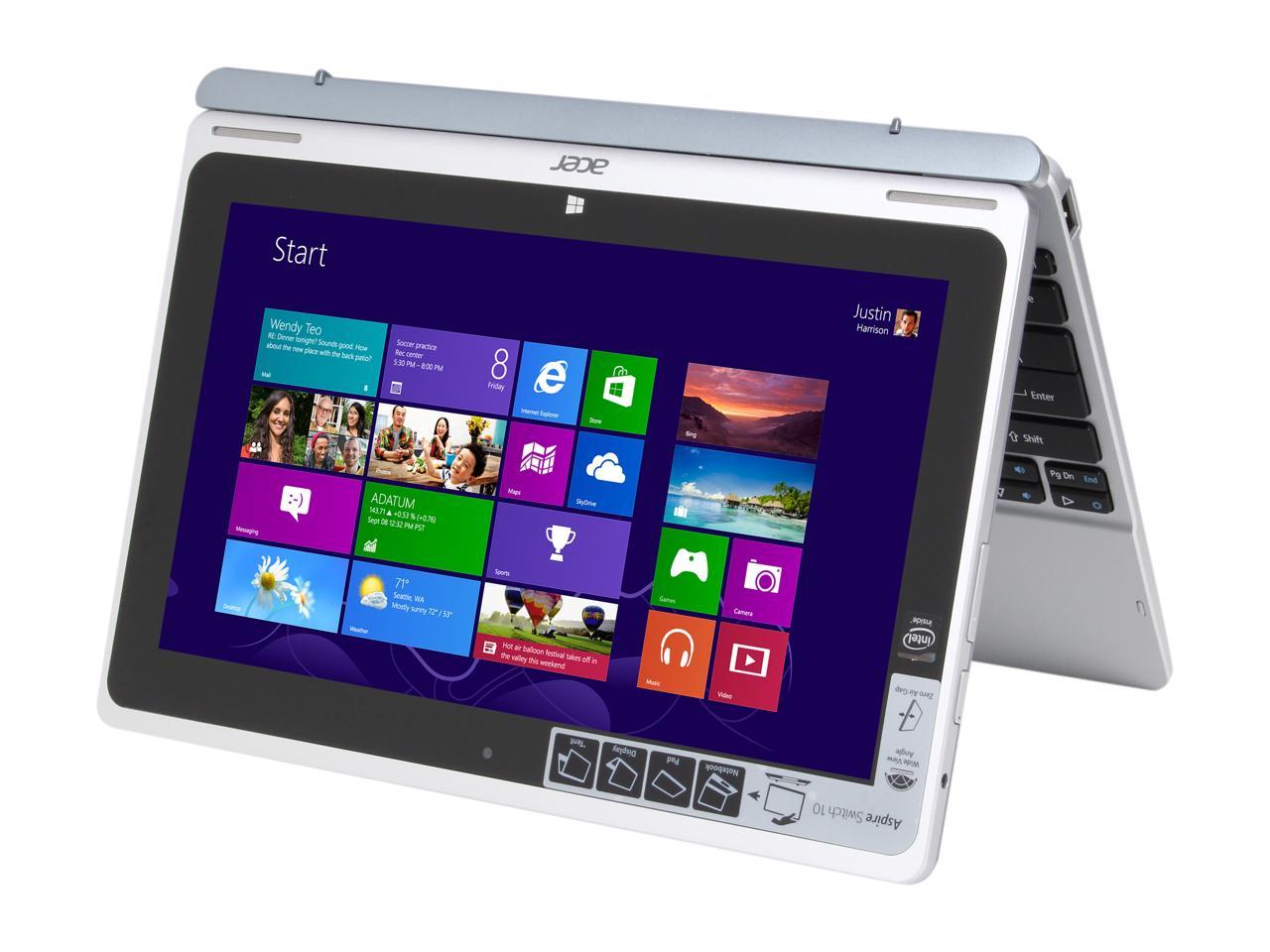 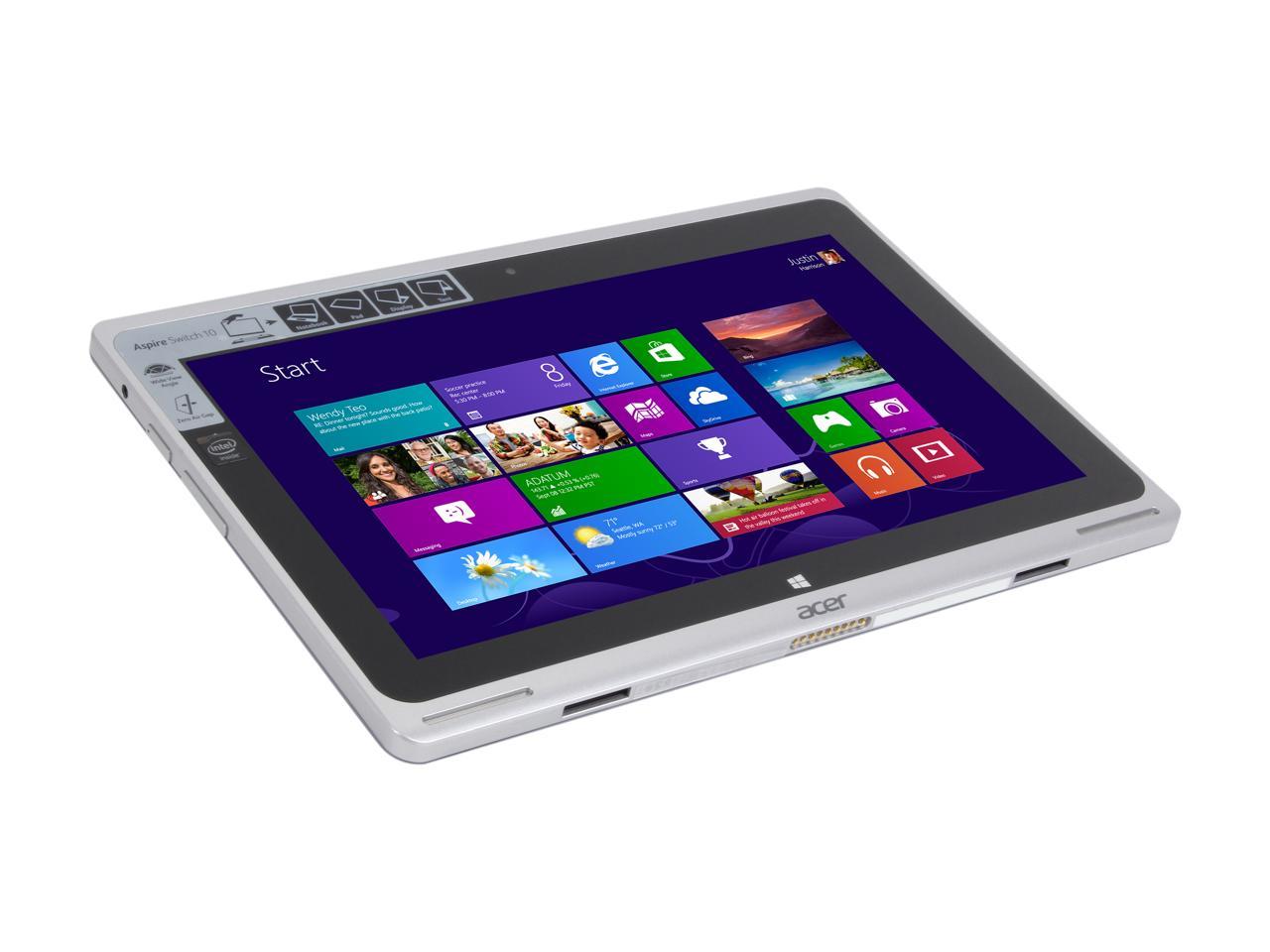 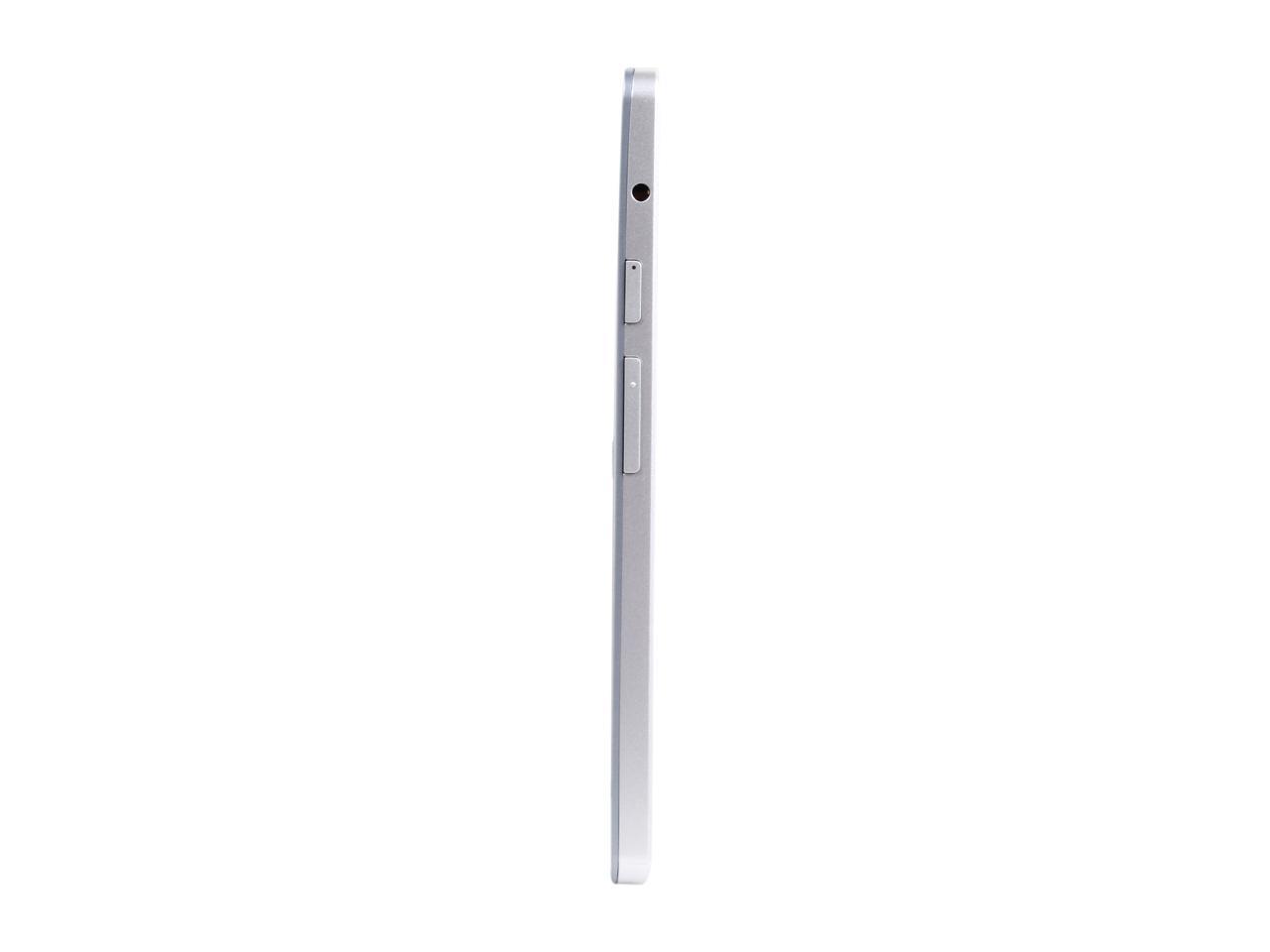 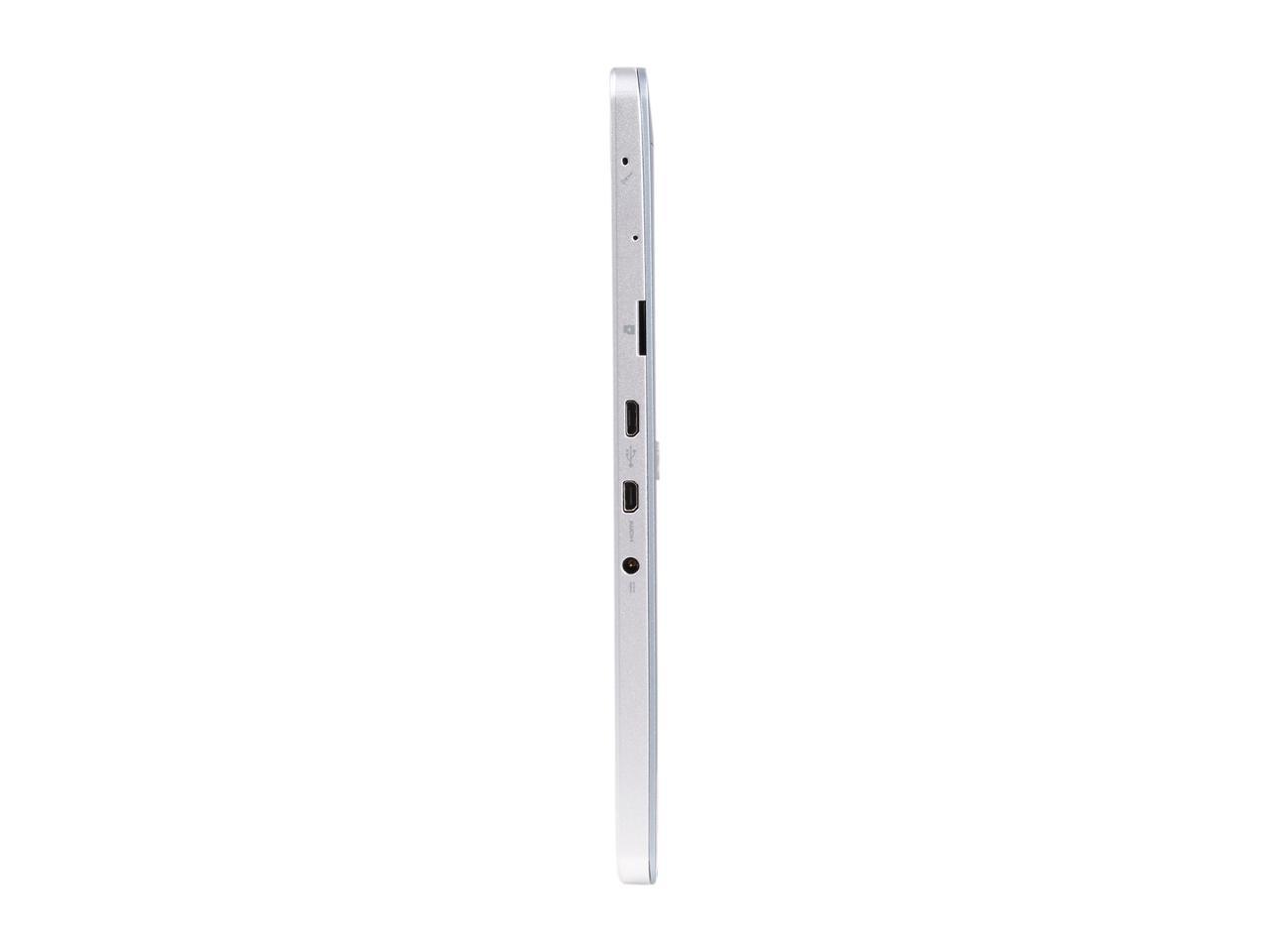 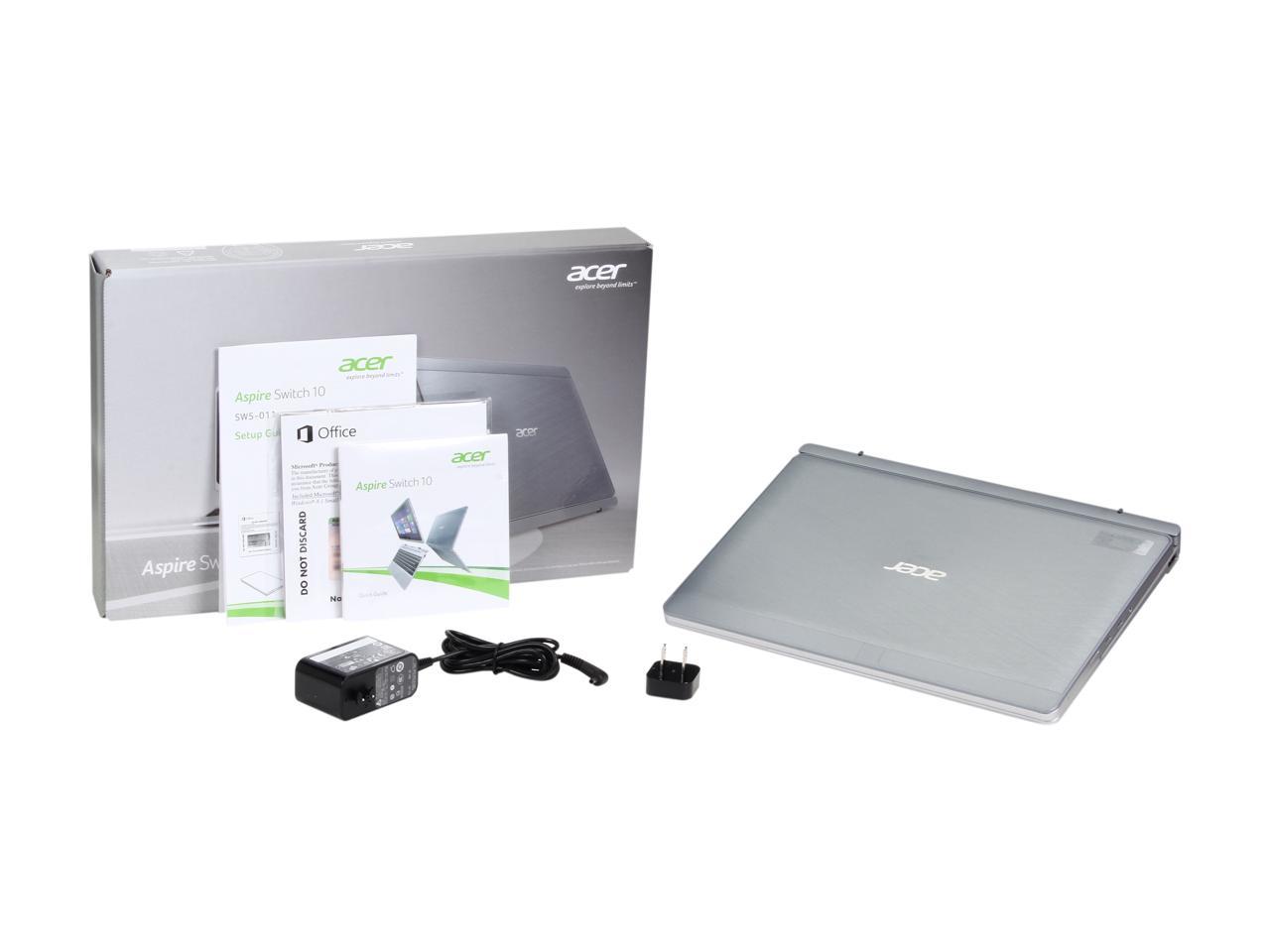 Cons: cons: screen sometimes randomly changes brightness for no reason. Since most of the weight is in the screen, when it is in laptop mode, you cant tilt the screen back more than 3/4 of the way without it tipping over. power cord is only 4ft. Some people have reported issues with the home screen button getting stuck, (I haven't had any issues with my unit and Acer has acknowledged the problem and has a firmware fix to resolve the issue.)

Overall Review: Initial thoughts: I have to say this little 2in1 has surpassed my expectations. I've never owned a laptop before. I'm into computer gaming and video editing, so a desktop has always been my go to device. But I recently got into in-home sales, and I needed something to present design ideas and bids to clients, and this device works perfectly. Bottom line: If your looking for something to be your main computing device, you should look elsewhere. But if you're looking for a device that is ultra portable and great for work and school, and you don't want to spend an arm and a leg, this is the best bang for the buck.

Cons: Larger drive and more memory would help a lot. But I knew that going in, but if I can find a way to upgrade drive, & memory I will do it.

Overall Review: I got a powered USB hub so I can connect DVD drive, Mouse and external drives and find that I'm able to do most things just like a full laptop which means this tablet goes way beyond my expectations. I would recommend this to all on a budget.

Pros: Excellent from so many respects: - price for a fully functional Windows 8.1 tablet - includes a license for Office 2013 for unlimited time (not a limited time subscription to Office 365) - size and IPS screen with brightness sufficient for outside sunny day; - screen resolution is an excellent compromise - it makes all items just right to read and use in touch mode; - performance from the 4 cores Atom processor (4 physical cores, like core i5) never gets close to 100% usage (checked in Resource monitor); - stability of all hardware components under direct management of Windows 8.1 (I uninstalled all Acer software, and don't regret at all): all position transitions are correct and quick, no fluctuation of screen brightness, all work as it should; - graphics built in Atom is more than adequate: it plays all types of videos/movies (I don't play games on the tablet) - overall performance is stellar: snappy, loads webs at the speed of a desktop, connects to wireless with ease... - keyboard is securely attached with a powerful magnetic-mechanical combination of 2 locks; - boots quickly to Windows 8.1 with Fast boot, even if the performance of the 32 GB solid state hard drive registers a WEI index of only 6.5. Info Security was also a pleasant surprise: - the processor has Intel Identity Protection Technology which for the personal user means that the bank sites will not give you the annoying "we don't recognize your computer...." - has TPM built-in, and can be managed with tpm.msc

Cons: No cons really. If we are picky, then: 1. Battery life is not the best. With screen in 100% brightness, I got about 5-6 hours of playing internet videos. 2. Expect that you cannot turn on the tablet for about 45 seconds after you turned it off. I guess this is due to write times on the hard drive. Easily solved by keeping the tablet in Sleep.

Pros: I was pleasantly surprised when I got my hands on this little 2in1 tablet. Acer has a bit of a bad reputation for making cheap quality devices but I was looking for a decent tablet to read e-books and such in class when I found this guy. As a tablet, it's pretty darn good. The touch screen is nice, the screen is fairly sharp, even if the resolution is a little low, and it gets up and going fairly quickly. Size feels just about right to me, for reference the tablet is roughly the size of a standard sheet of paper and while the screen is cut off about an inch from each side there's a fairly good viewing area. I think the most important thing is to remember is this device is designed specifically for what it is. It isn't a gaming machine, nor something to do high end graphics work on. It's a well honed consumption device excellent at letting you browse the web, read some books, and with the incredibly well done keyboard attachment you can snap it onto the base and do a bit of typing. The keyboard attachment is really my main selling point and it really impressed me. When I brought it out in class today it even wowed all my neighbors who were quite eager to get one, especially when I told them it was only $300 on newegg! Battery life is advertised as 7 hours, and after 4 hours in class of constant fiddling, browsing, and downloading via the school's wi-fi I was down to 35% battery remaining. I'm sure you can squeeze out some more juice by dropping the screen brightness down a bit but for use a few hours at a time it works quite well. Also suggest getting a micro SD card to expand the memory as the built in 32GB drive fills up fairly quickly but at least it has a card reader to allow you to expand it's capacity. Also glad to see Acer did not include too much bloatware with the product. They have their usual bundled junk but all of it was fairly easy to get rid of and was not overly annoying nor take up too much space.

Cons: Screen transitions as you rotate the device can get a little wonky sometimes, especially when attached to the keyboard. Usually after a few moments it will get into the correct rotation but it felt like they could have smoothed transitions a little better. Also the screen brightness does sometimes dim then un-dim for no apparent reason. It's not really acer's fault but the windows 8.1 touch screen keyboard leaves something to be desired and I still miss my start button, even if Windows 8 is pretty much designed specifically for touch screen devices.

Overall Review: I have to re-iterate that it is a prime example of 'just enough'. There's nothing flashy here, no super awesome processing speed or 3-d card. You won't be playing the latest and greatest High-def games on this device but if you're looking to browse the web, watch videos, and do a little writing it's perfect. Also only time will tell on it's reliability. Out of the gate the aluminum case and attachment keyboard feel very solid but I don't know how well they will hold up to my abuse. That said, I feel this is a great tablet, especially for the price, and with Windows 8 you can install just about any program you want on it rather than being limited to apple store or android marketplace similar tablets try to cage you in. Acer's keyboard attachment system is just brilliant and hopefully becomes the standard in the industry soon.

Pros: Came with Microsoft Office and I needed it for college. The price convinced me to buy it. Touchscreen was a savior when the keyboard stopped working

Cons: After just 2 months of using it, it stopped charging and it currently has 0% life. I contacted Acer Technical Support and the person told me that the charger was defective. They sent me a new one 3 days later and it did not help at all. I would have returned sooner but I desperately needed it for my college class. I am going to contact Acer within the week and return it. Like I said before, the keyboard would stop responding time after time. I am very disappointed in this product. I would not recommend it.

Pros: I think its just more than perfect for me as a college student. I can do most of my works on this tablet/laptop and also able to play a little bit of games and fun entertainment things.

Cons: Yet I do not find any faulty and if there was any then I wouldn't get it, make sense? :)

Overall Review: I will definitely recommend this tablet/laptop 10 out of 10 to all those who are really interested :)

Pros: Windows 8.1 is easier to use that I thought it would be coming from Windows 7. Size is nice but it is not really light.

Cons: Touch screen is not very responsive. Twice I have lost use of both the attached keyboard and the onscreen keyboard. The first time it froze so I had to use a paper cli[p in the reset hole to get it to reboot. The other time I was able to reboot via the on button. When I was first setting up I used CRL-C and CRL-V a lot to copy and paste email user and password information in to Outlook and the control key on the attached keyboard stuck. I had read reviews stating that on older models but had hoped Acer would have fixed the problem by now.

Overall Review: Have use this for 5 months and am not really happy with it and I would not recommend this product to anyone.

Pros: This little PC/tablet is a lightweight machine with all the programs you need for school. I'm glad it came with free office 2013. The battery seems OK. I have only used it a couple days so far though. The keyboard seems good enough for typing a report up, but the mouse pad leaves a bit to be desired. I hooked my mouse into it and love it.

Cons: It needs a BIOs update and when I did the update it made my system take at least an hour to load, I tried to restart it 5-6 times and it wouldn't load windows. Finally I figured out it needed another complete system restore to make it work. You can access that menu by powering down 2 or 3 times while the start screen is going. Other than that it's a little slow on browsing and such, but it's more of a students resource.