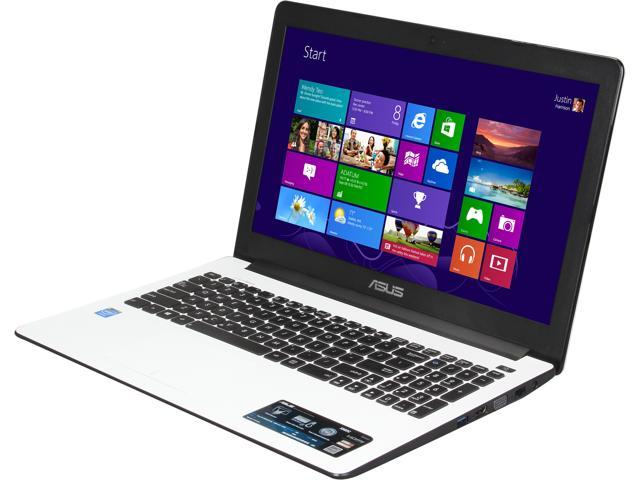 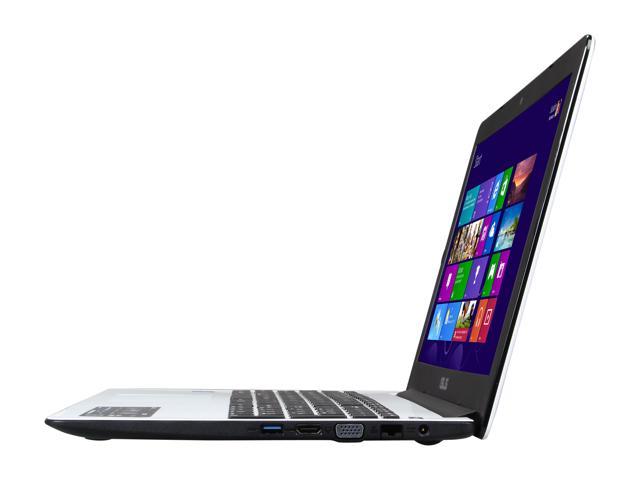 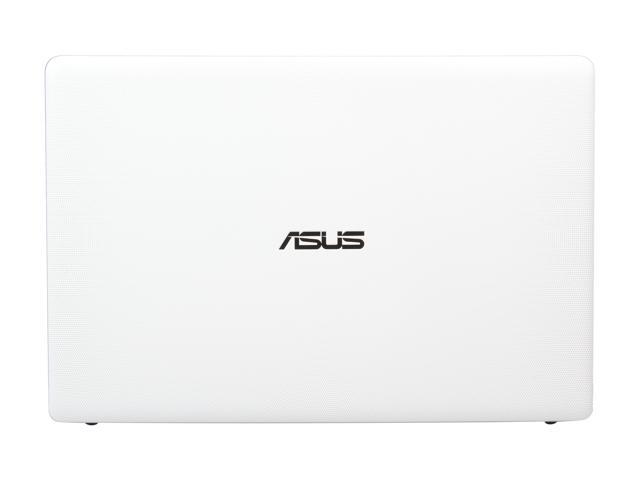 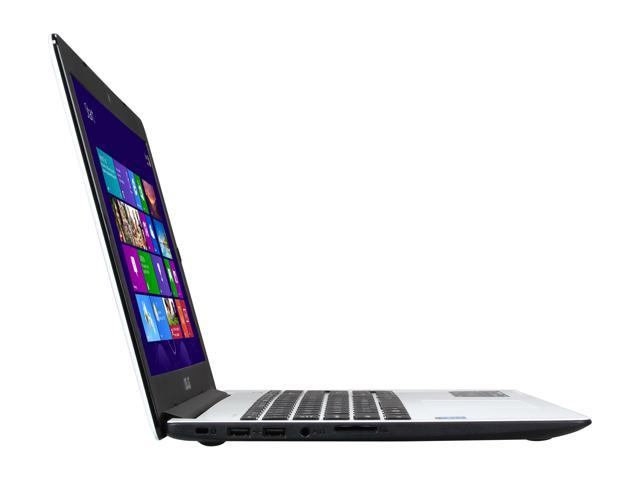 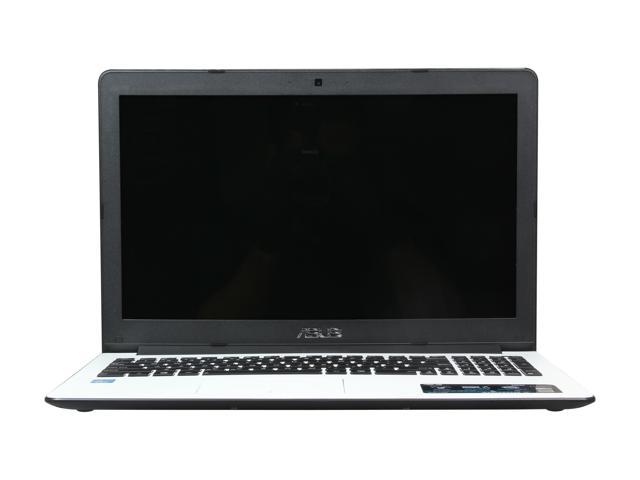 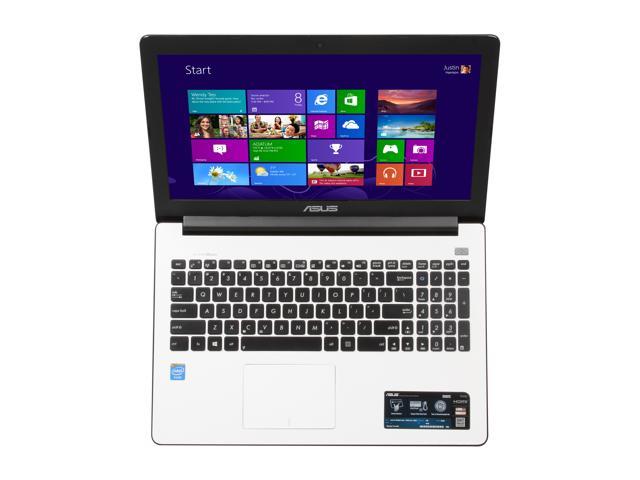 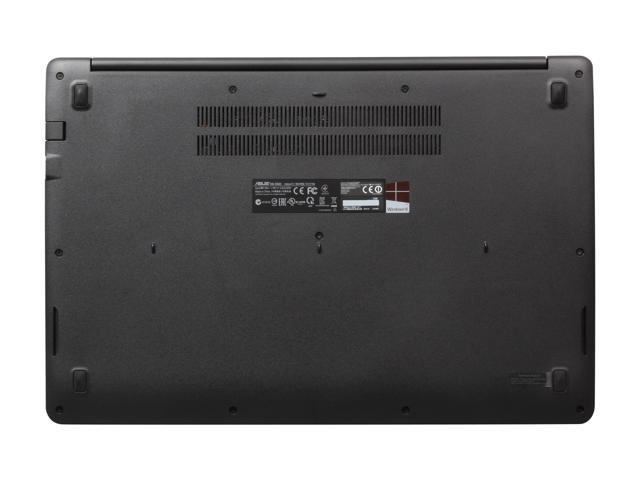 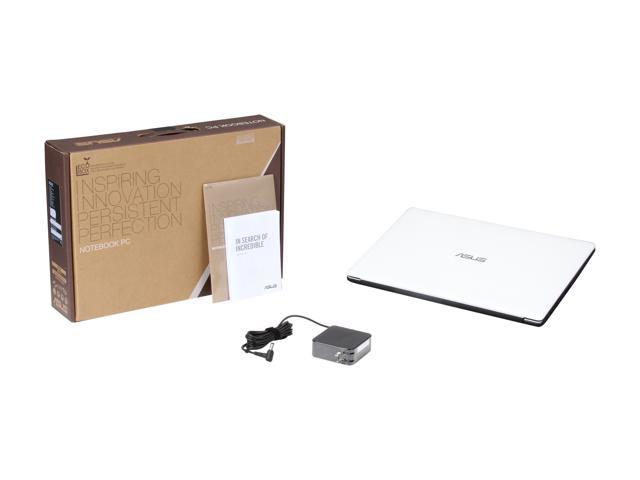 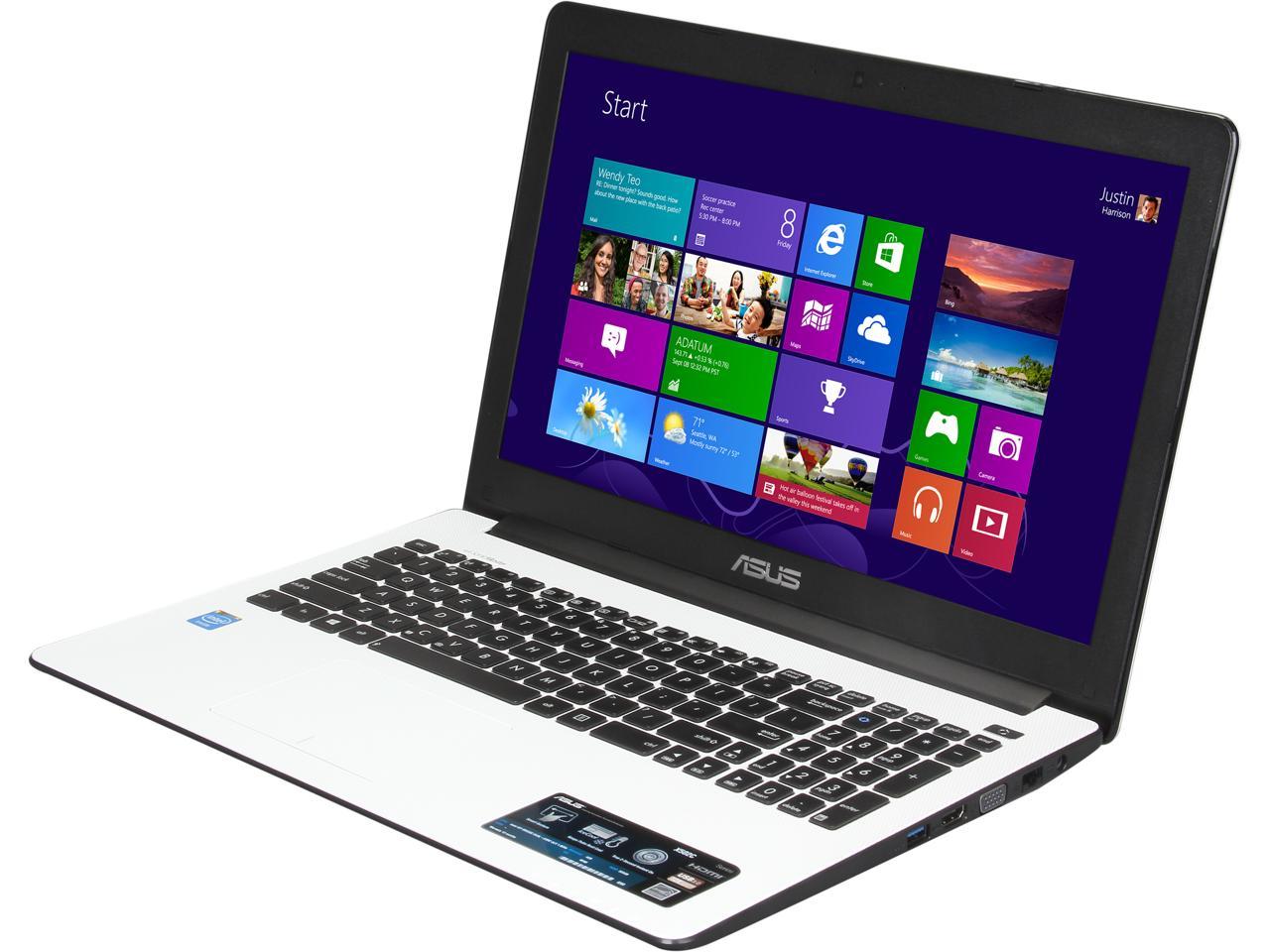 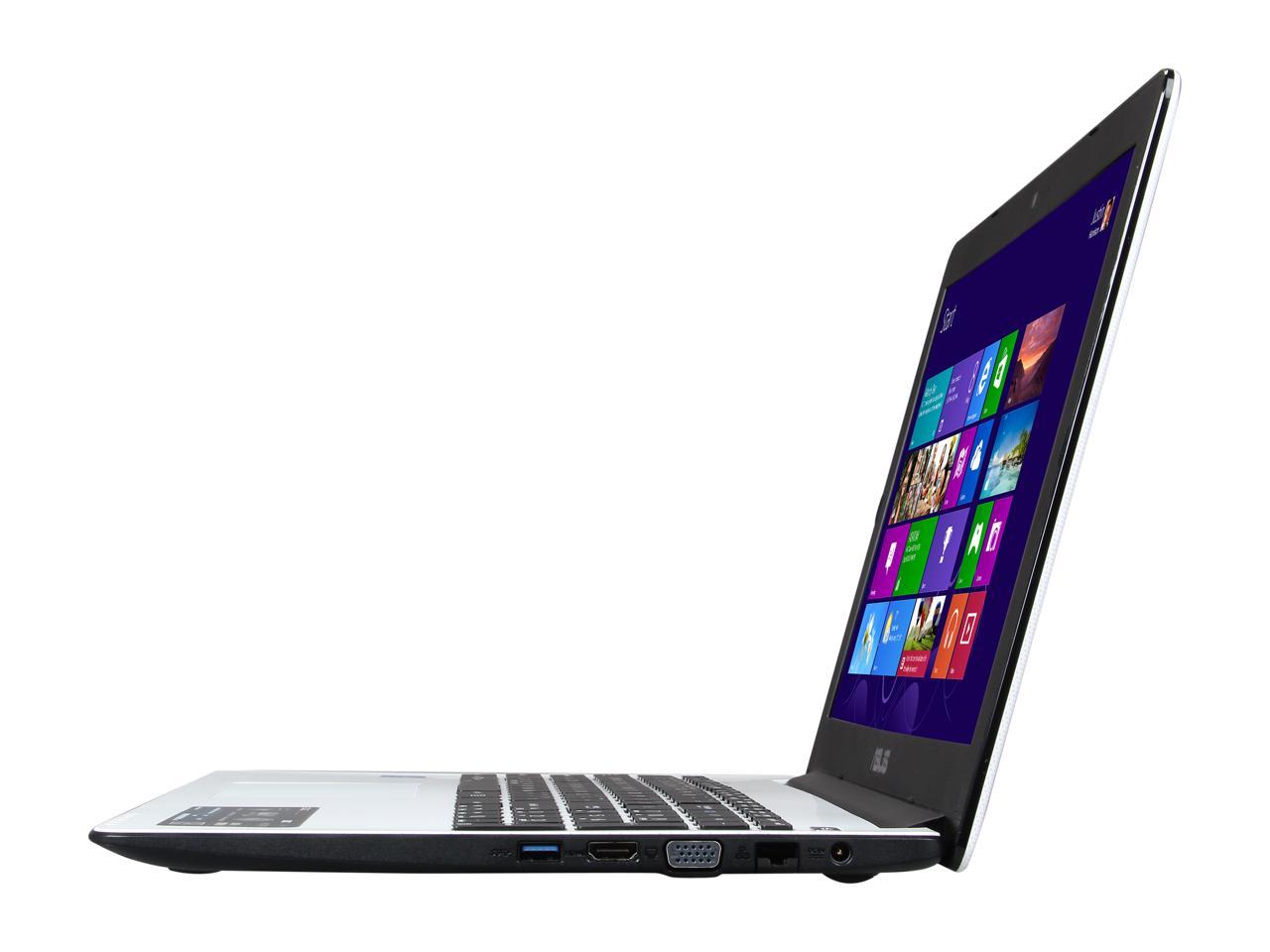 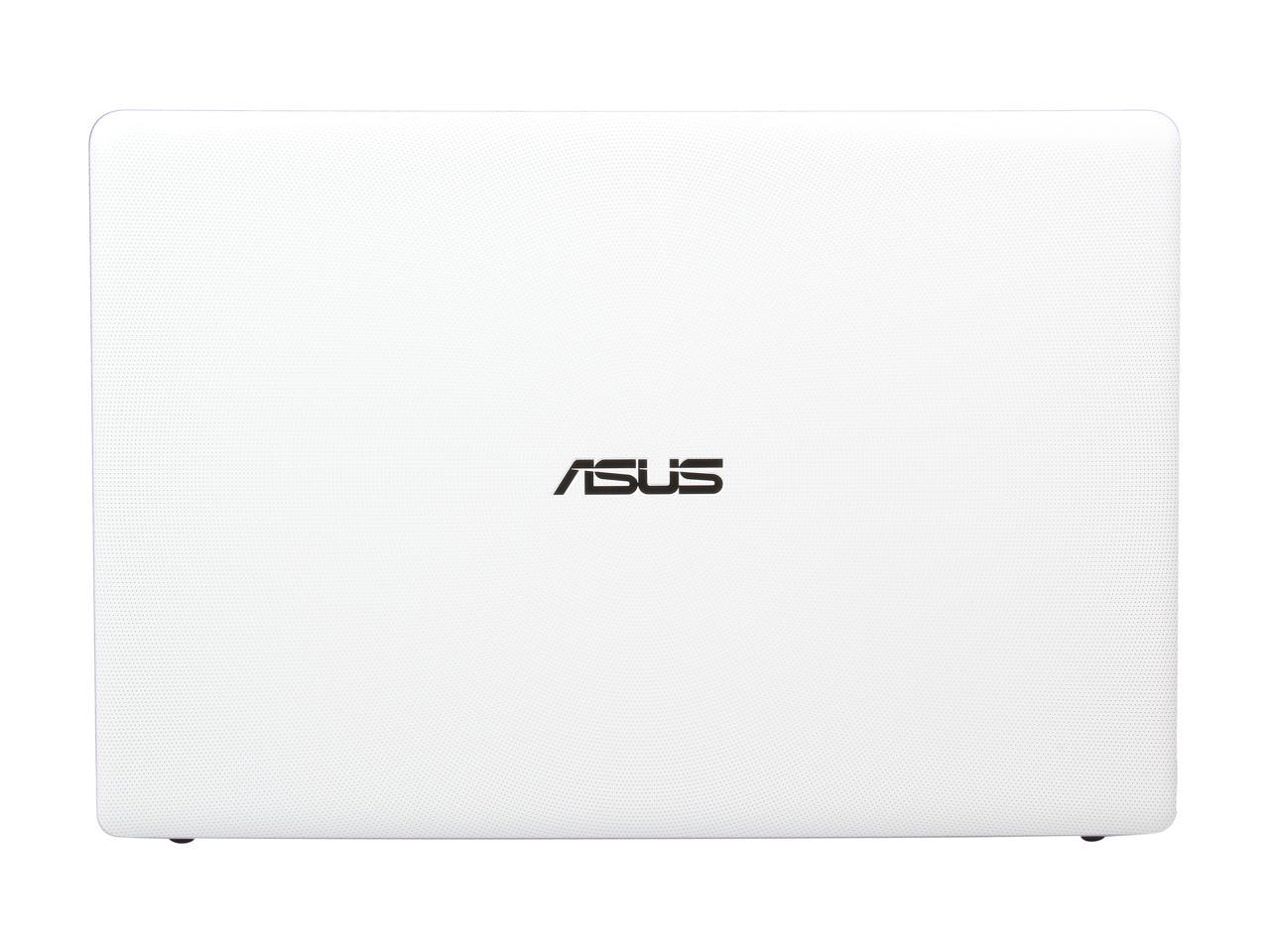 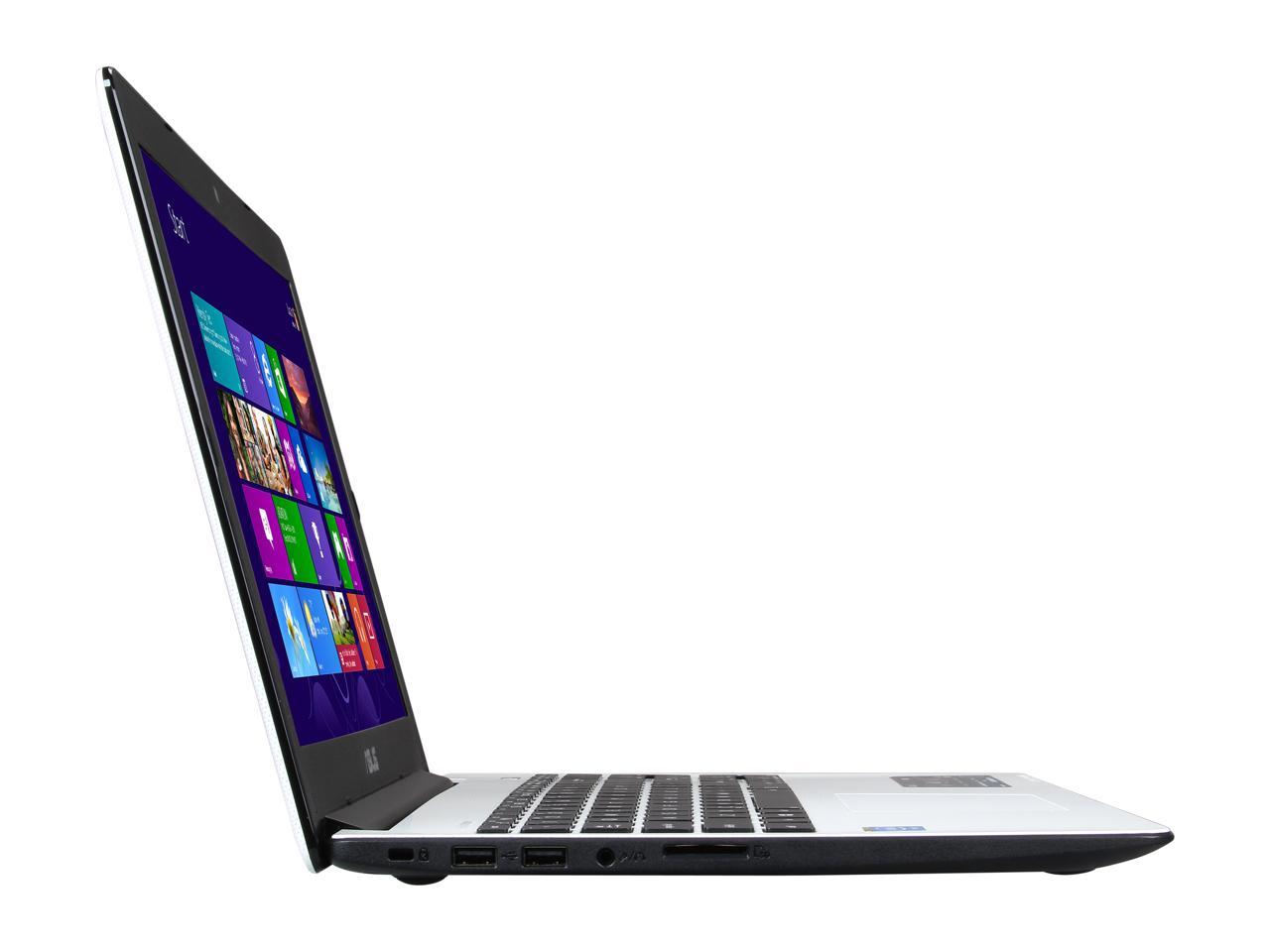 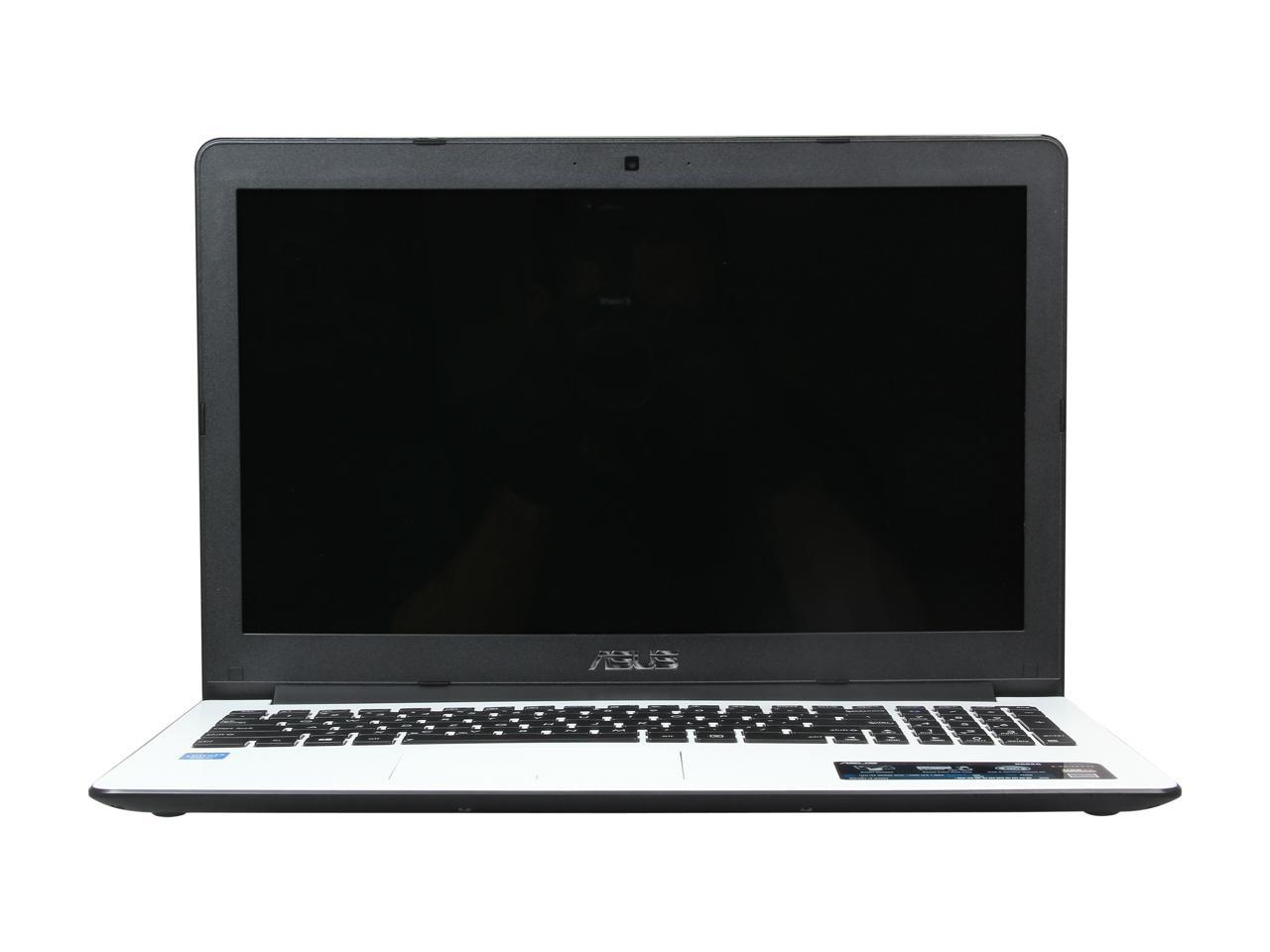 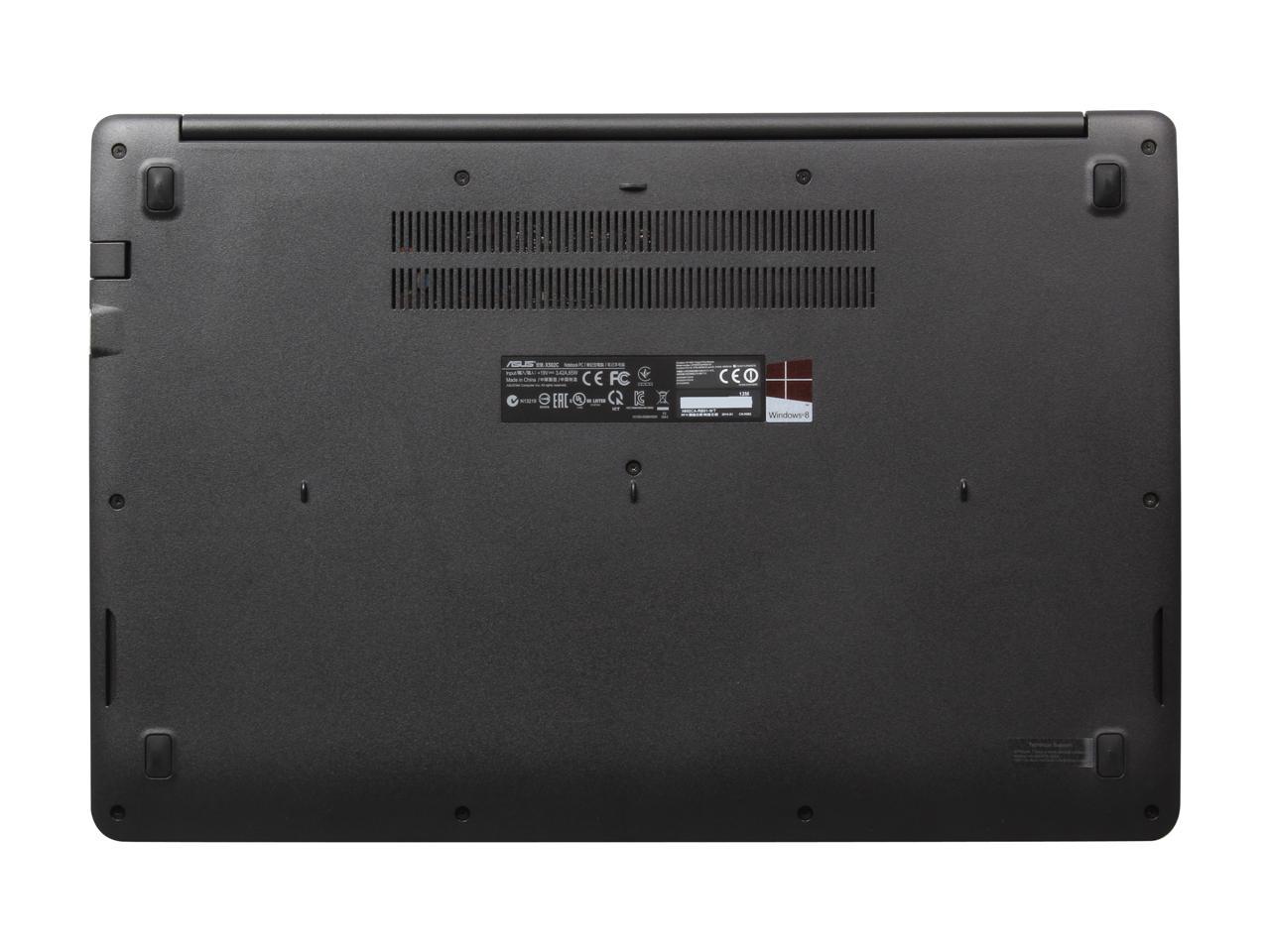 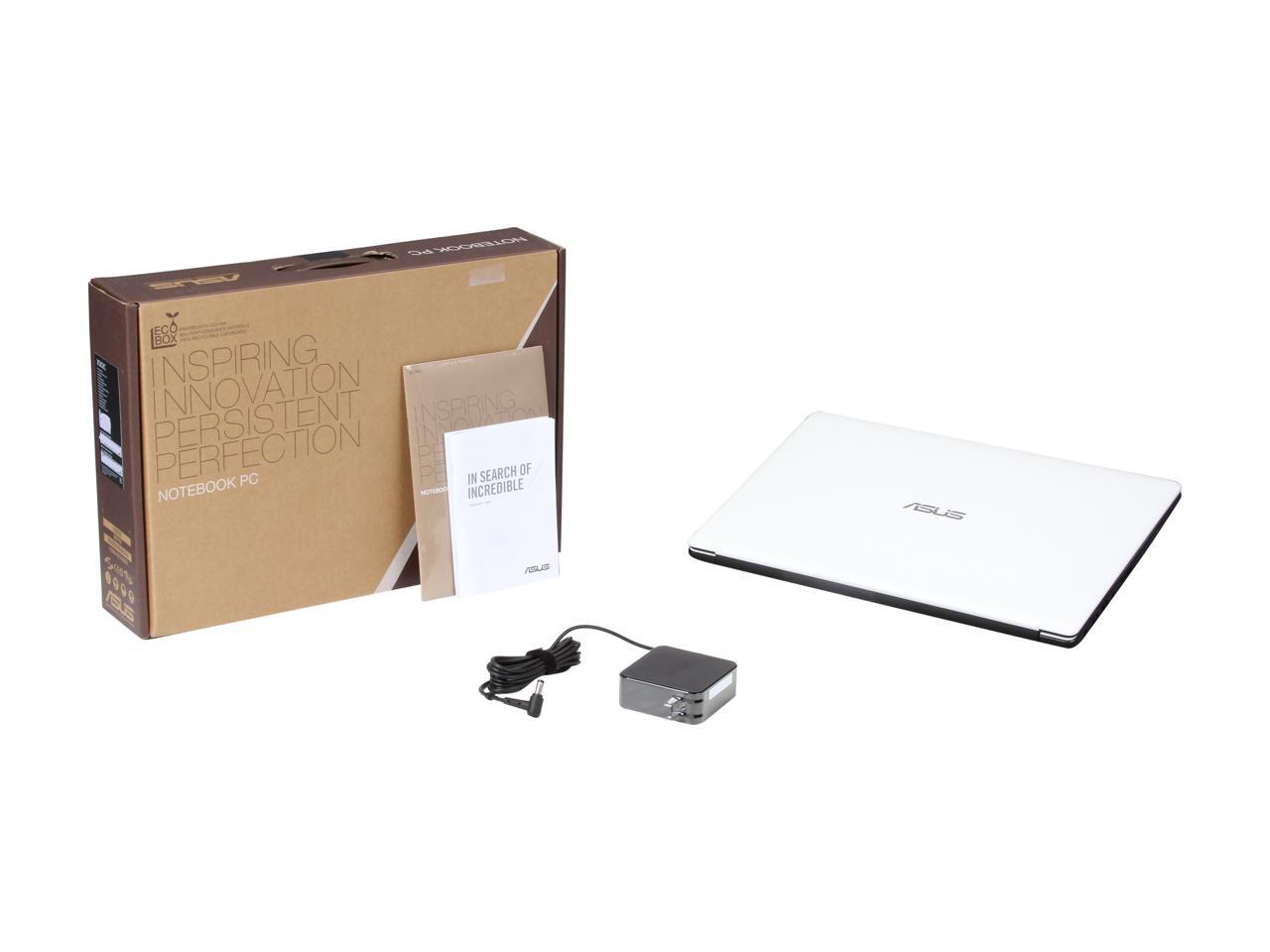 Learn more about the ASUS X502CA-RB01-WT

Cons: Tried running and McAfee did its own update, wouldn't complete its update for hours, went to 'add and remove' to remove McAfee, rebooted and McAfee still running processes in the background 'after' being removed. Tried Windows Update' but keep getting 'Failure to update' after long download process. Went to McAfee for removal tool and ran, Windows downloads files but keep getting 'Failure Configuring Windows Updates' for hours at a time... for a low-end laptop it was foolish to preload McAfee, its made this thing so slow and now its just as corrupt as having a virus. Three days wasted so far trying to make this usable, ASUS... Never again!

Overall Review: Don't waste your time with low-end laptops from manufactures like ASUS that preload junk software they get compensated for, it's not in Your best interest, only theirs.

Manufacturer Response:
Dear Mr. Mike K, I apologize if you are experiencing difficulty doing a WINDOWS Update. Please verify that internet service is working properly and the recommended WINDOWS Update are installed manually before ungrading to WINDOWS 8.1 due to an issue with WINDOWS Update implementation. It is recommended to use a wired or LAN connection to speed up the process. MacAffee was tested on the unit without problem but since the antivirus software utilizes lots of system resources during auto-update and autoscan, it does affect system performance temporarily, regardless the type of system it is running with. Feel free to uninstall MacAffee if you prefer to use another antivirus software. The laptop is an entry-level system pefect for light computing needs without compromising system performance. Should you need further assistance, please email me at cl-rodel@asus.com and write down service# N140904862 on the subject line. Thank you for choosing an ASUS product. Regards, Rodel ASUS Customer Loyalty
Lisa G.
Ownership: 1 day to 1 week
Verified Owner
"Cluck for your Buck and crack a Newegg"3/12/2014 12:00:54 AM

Pros: Had it for a couples days now and so far performance is awesome. So much quality in such a compact sleek design. Not to mention saving $100 bucks or 2!!!

Cons: To be continued...

Pros: Nice keyboard, the speaker is fine for normal use.

Cons: This product is very hard to upgrade memory, you have to open the whole back panel to upgrade memory to 8GB. McAfee really makes this computer slower than it should be, we need to uninstall it for better performance.

Manufacturer Response:
Dear Lin, Thank you for liking the keyboard and the speakers. I certainly understand your concern regarding difficulty upgrading the memory and McAffee slowing down the system. Opening the the bottom case voids warranty. To avoid slow system performance, please allow McAffee to run and complete the task before using the system because it does it lots of system resource that will affect system performance temporarily. Should you need further assistance, please email me at cl-rodel@asus.com and write down service# N140705940on the subject line. Thank you for choosing an ASUS product. Regards, Rodel ASUS Customer Loyalty
David G.
Ownership: 1 day to 1 week
Verified Owner
Decent laptop for the price6/25/2014 12:21:52 PM

Overall Review: I bought this laptop as a spare system that I will only be using to do some programming on. The har ddisk is a Seagate 320GB 5400 RPM drive (most laptops come with 5400 RPM drives) so this is a real bottleneck. Pity the RAM is soldered onto the motherboard making it non expandable but o the other side 4GB is more than enough to run Windows 8.1 on a laptop like this. On the bright side the screen is very nice and vibrant and the sound is awesome. If you need a laptop that does the basic stuff then I would definitely recommend this. I picked it up for $269 and that's a steal. I already ordered a 240GB SSD to put in it which will speed it up a lot.

Manufacturer Response:
Dear Valued Customer, It's good to know that you find the product a decent laptop. I certainly understand your concern regarding some features that are missing on the product. Should you need further assistance, please email me at cl-rodel@asus.com and write down service# 3786698 on the subject line. Thank you for choosing an ASUS product. Regards, Rodel ASUS Customer Loyalty
Joshua B.
Ownership: 1 week to 1 month
Verified Owner
boom goes the dynamite4/18/2014 5:49:20 PM

Pros: The price - I got mine for $300 and that's great for a 15 inch laptop. The fact that it comes with 4gb of RAM is also a plus. It's also very quiet - I can just barely hear the CPU fan when it speeds up during gameplay, but only if I make a point to listen for it. The keyboard is nice. The keys aren't all mashed together like on other laptop keyboards. Each button is spaced out with it's own square hole on the board, and it's a lot easier to type on. It runs cool and quiet, which is a distinction from my last laptop, which sounded like a jet engine and felt like a radiator when I gamed on it. Overall a great value on hardware for the price. Just keep in mind what you are getting - a dual core with cheap intel graphics that uses shared RAM. It's not a "gaming" machine by any measure, but it does what I want it to do, and I'm happy with it.

Cons: Nothing so far. The only issues I have had are learning to use Windows 8, which has an abysmal user interface. But that's not the fault of the laptop, that's Microsoft's fault.

Overall Review: I replaced the mechanical drive with an SSD and did a fresh install of Windows 8. I got a bunch of UI mods by Stardock that remove the Metro UI and give it a Windows 7 desktop environment. It's much easier to use now. The integrated graphics are bad, and you won't be playing modern games on this. However I can play Star Trek Online at the lowest possible settings if I also tweak a couple of the in-game troubleshooting settings - like turning off framerate smoothing and turning on the option to slow CPU speed to reduce overheating. I have played 8 hour sessions on STO like this, and it seems to be holding up okay. I also play a lot of old games from GOG, which this handles stellar. But old DOS games you can play on pretty much anything.

Cons: Battery life is awful. Battery lasts maybe 30-45 minutes tops. Since it is NOT upgradable, my wife is stuck with ridiculous battery usage and basically has to leave it plugged in all the time.

Overall Review: Given the chance, I would *NOT* buy this again. I got a great deal on it - or so I thought. The battery alone makes it the worst laptop I've bought in a long time.

Manufacturer Response:
Hello David, Thank you for taking the time to share your positive comments on the system performance. I am sorry to hear that your battery is having issues working properly. Please refer to your seller for an exchange otherwise I will gladly assist. Your battery is covered under your 12 month warranty and can be sent in for repair. Feel free to contact me directly should you like to explore your repair options. To practice healthy battery life, please make sure to let your battery discharge from 100% to 0 at least once a month. My email is cl-tom@asus.com and our 24/7 support line is posted below. Have a great day! Thank you for choosing ASUS Best Regards, Tom Asus Customer Loyalty US Support http://www.asus.com/us/support/CallUs
MICHAEL B.
Ownership: 1 month to 1 year
Verified Owner
Decent for the price8/19/2014 5:41:27 AM

Pros: Price. Wouldn't pay $350, I'd wait for $249-279. Light. Haven't purchased a laptop in 3 years, this thing weighs almost half of my last. Runs cool. Barely seems to get warm even if I'm streaming and have been using for a couple hours. Cool to touch.

Cons: I wouldn't say it's slow, but it's not fast. Like I said, decent for the price. It is a celeron after all. Also had 8GB memory on previous, notice a little difference back to 4. Windows. Upgraded to 8.1 before I started anything which makes it bearable. The metro or tiles version is still pretty much garbage even a year later. Half the apps don't work. The ones that do, like Rhapsody for example, are extremely limited. I would estimate I use the traditional desktop about 95% of the time. It still doesn't run exactly like the previous versions, but after setting up a few shortcuts, it's pretty close. Little practice with the tiles and you can find everything you need that's not on the desktop.

Overall Review: Great for on-the-go b/c of weight. Good enough for someone getting first laptop, buying for kids or someone who doesn't need much from their computer. Wouldn't buy if you need to surf with blazing fast speed. Like I said, it's not terrible, but you'll notice a little lag loading pages with lots of images or text.

Manufacturer Response:
Dear Beck, I'm please to know that you are satisfied with the laptop and find it a decent buy for the price. Should you need further assistance, please email me at cl-rodel@asus.com and write down service# N140834161 on the subject line. Thank you for choosing an ASUS product. Regards, Rodel ASUS Customer Loyalty
Beth W.
Ownership: 1 week to 1 month
Verified Owner
Would have been great if it kept working7/21/2014 5:01:01 PM

Pros: Great value laptop, the purple color was pretty fun, not bad specs for the price

Cons: stopped working after less than 3 weeks of use. battery can't be accessed without opening the machine.

Overall Review: I'm upset that after a month of use the machine just crapped out. We purchased this as a gift for a friend going back to college for nursing, now she's out of luck. Her ebooks and homework are on the machine and summer classes don't leave much for error. The battery can't be replaced and doesn't seem to be charging. Tried with multiple chargers, all of which were confirmed to work with this laptop before (roommates). Laptop won't even turn on when plugged in. Charging light doesn't turn on, nothing. Pretty upset that this thing stopped working within such a short amount of time. Feels like a scam at this point.