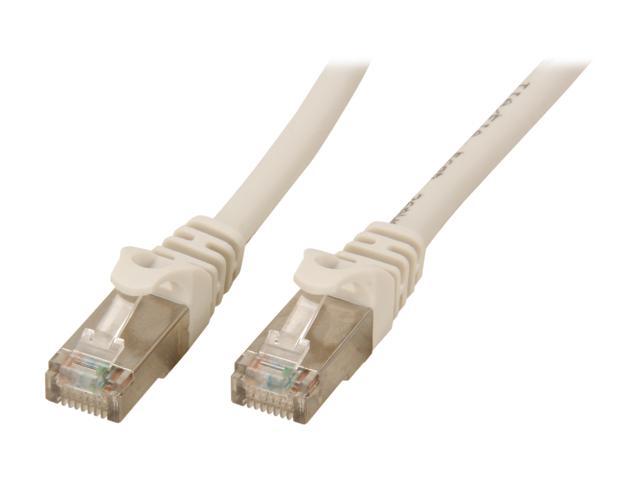 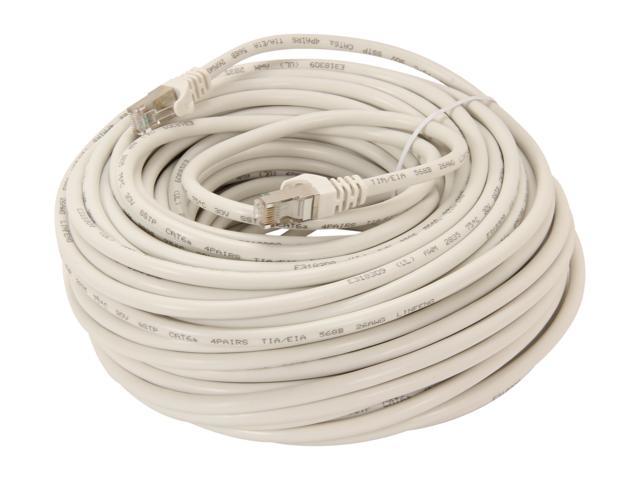 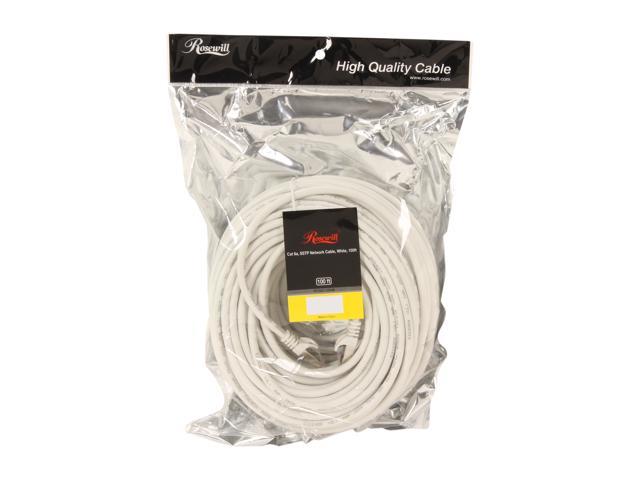 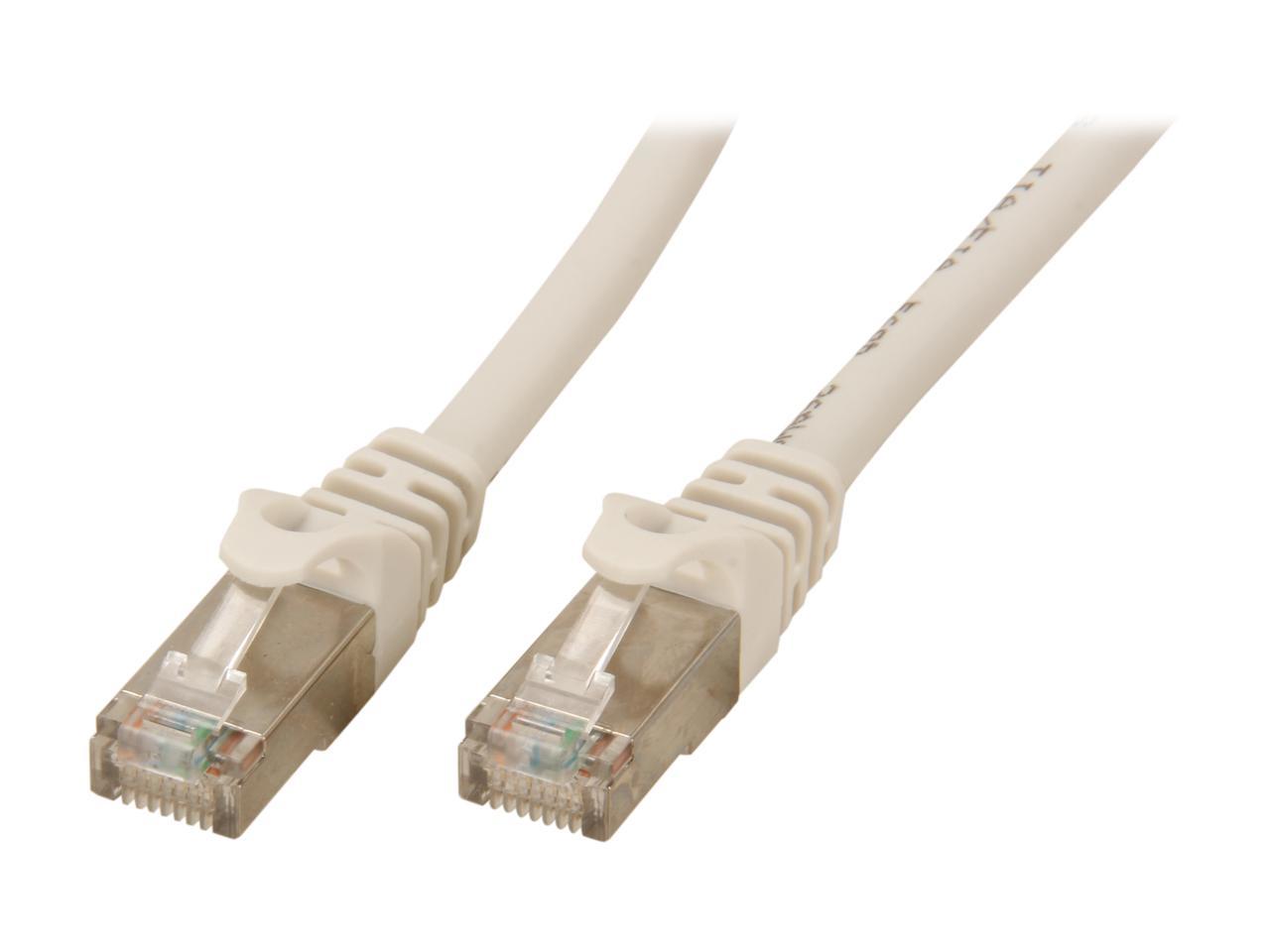 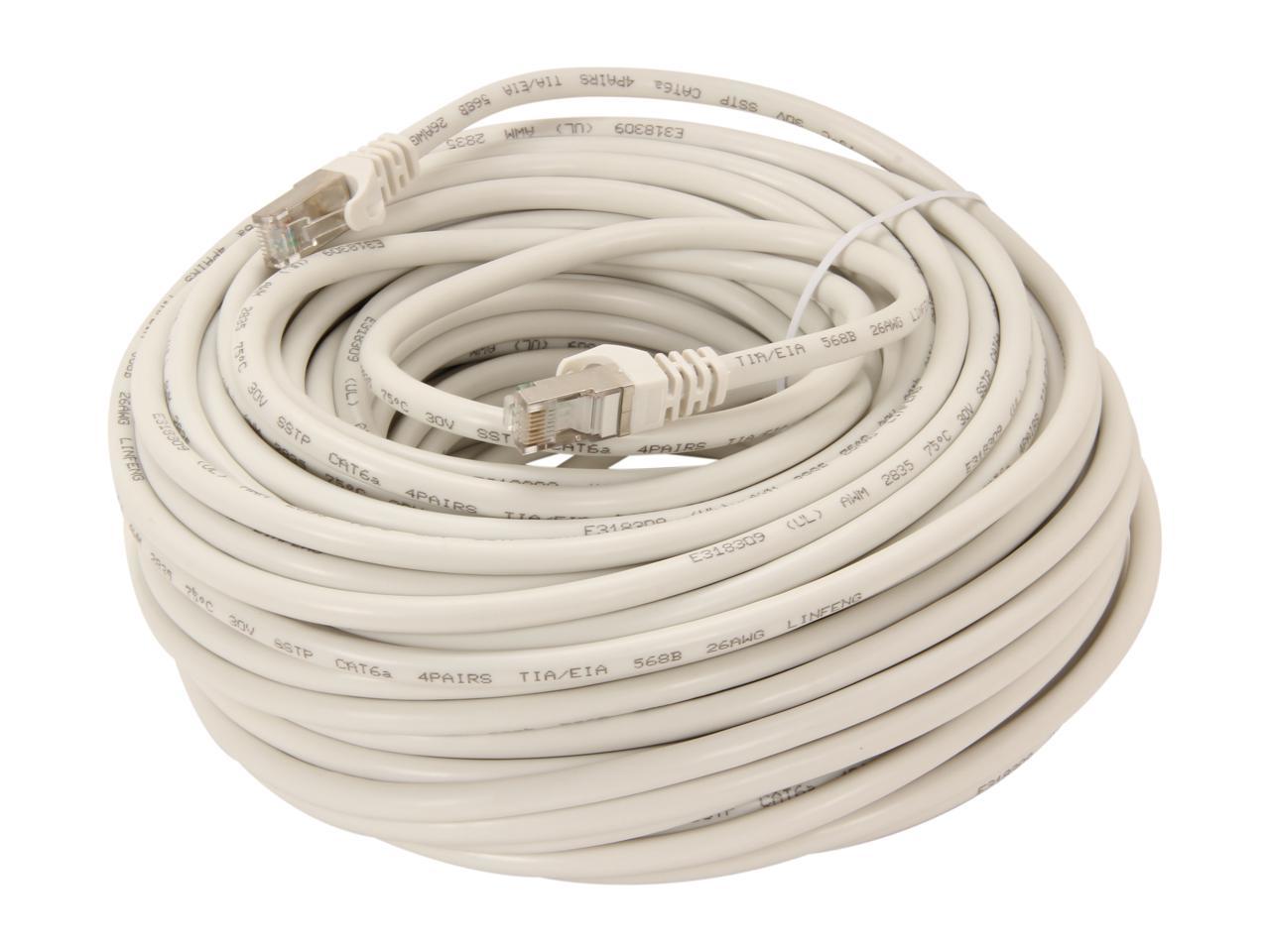 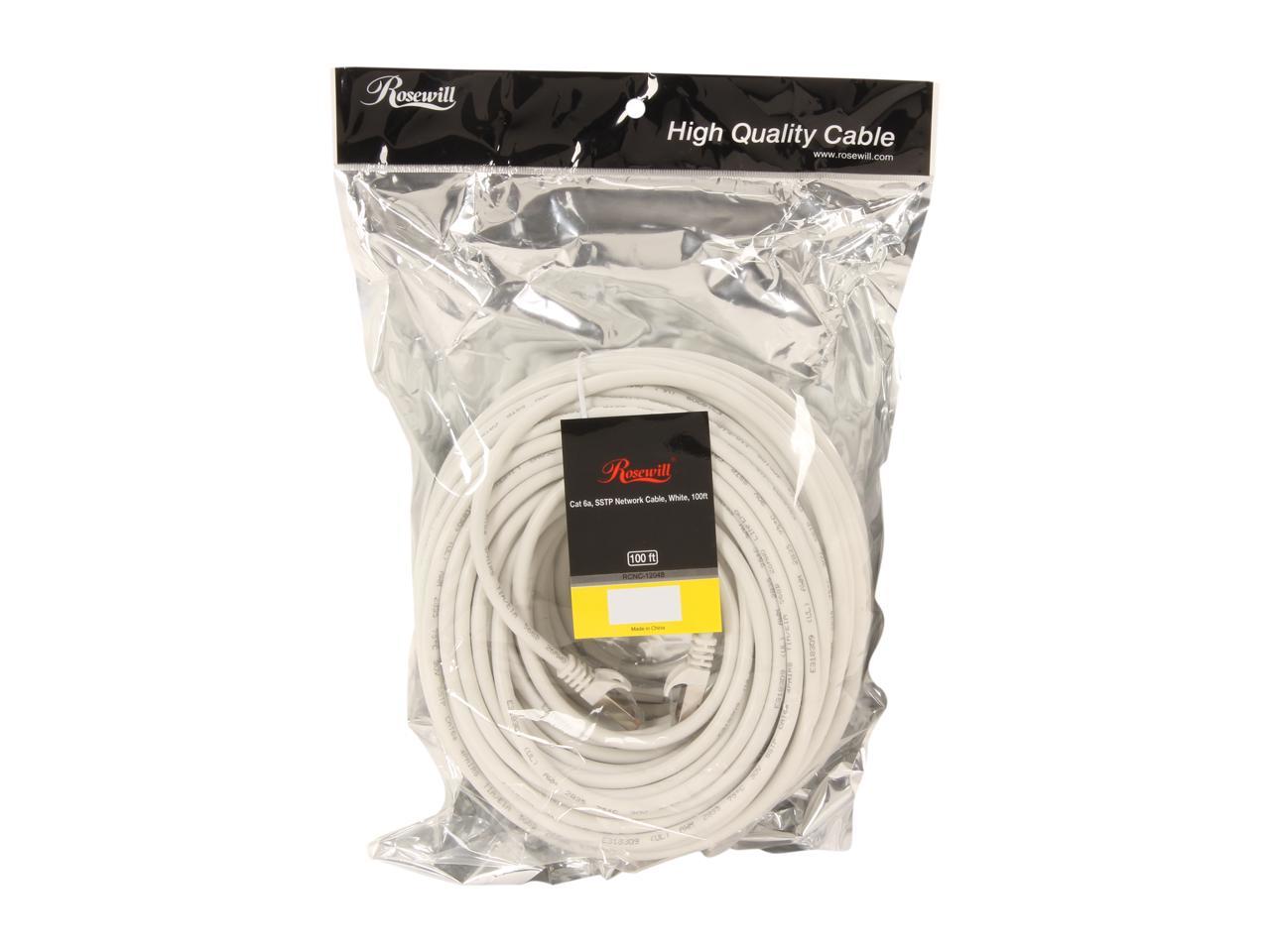 (16) Write a Review
See more "cat 6a cable"
OUT OF STOCK.
Specs
Reviews

Learn more about the Rosewill RCNC-12048

Pros: It's a Cat6A cable, which means that it is a 10GBASE-T compliant RJ-45 cable using the standard 8P8C modular connectors, just like every single Ethernet RJ-45 cable. It comes with shielding both on the connectors and the cables itself to improve protection against cross-talk and is 10Gbps capable at almost twice the distance over a standard Cat6. A Cat6 cable can only keep up with a 10GBASE-T standard up to 37-55 meters depending on the environment. A Cat6A cable like this one will go up to 100 meters. This cable is only 50 feet long, so you don't have to worry about that. Cat6A cables are excellent for wall-installation and areas with heavy EM interference as a result, but work equally as well as a replacement Cat5e cable and preparing your home network for a 10Gbps network. Cat6A is 100% backwards compatible with Cat5, Cat5e, and Cat6, so if it has an RJ-45 port, this cable will work. It's as thick as an RG-6 coax (a.k.a. the line that connects your cable TV and cable modem to the outside world), so you can use cable clips to secure this cable snugly against a wall with very little play in the wire.

Cons: There's shielding around each twisted pair and what feels like a plastic divider between each twisted pair, which is why this cable is noticeably thicker and heavier than the Cat6 or Cat5e cables you might be used to. Bending the cable at sharp angles is not recommended, so avoid bending the wire with a radius of less than 1 inch or go 2 inches and greater just to be safe. Cat6A cables are usually more expensive than Cat6 cables - but about the same as a shielded Cat6 cable - and this one is no different. I'd recommend waiting for a sale on these like I did. Also do note that Cat6A needs to undergo more tests if you're installing these professionally or in a production environment. I think there are 5 or 6 additional tests (all to do with alien crosstalk) you need to do on top of the usual testing for Cat6 cables. Send the Roswell Greys an angrily-worded letter if it makes you feel any better.

Overall Review: Do not expect 10Gbps speeds using this cable alone. This cable may be 10GBASE-T compliant, but if just one of the network controllers connected to the cable are not 10GBASE-T compliant, then it will only work at the bandwidth of the slowest controller. For example, if you use this cable with a 1Gbps 1000BASE-T port on one end and a 10Gbps 10GBASE-T port on the other, this cable will only work at the 1000BASE-T standard. And unless you're paying hundreds of thousands of dollars a month for a 10Gig internet connection, no this cable will not help you load Youtube any faster.

Cons: Aluminum strand wire not CAT 6A doesn't meet the specification if you bought it send it back. Used it on my network it's total junk

Overall Review: Wish I had cut a piece when I bought it a month ago couldn't figure out my network performance hit. Just found out the cable is bogus.

Manufacturer Response:
Dear Valued Customer, Thank you very much for purchasing this unit. We strive to provide the most reliable and highest quality products to our customers. If you are not fully satisfied with our product please contact us to better assist you in resolving your problem. Phone: 1- 800-575-9885 Email: rma@rosewill.com Email2: techsupport@rosewill.com We look forward to hearing from you. Thanks, Rosewill Customer Care
Charles A.
Ownership: 1 month to 1 year
Verified Owner
Rosewill Cable10/18/2015 8:47:05 AM

Overall Review: The spec for cat6e says you shouldn't bend it too tight, e.g. around a corner radius. Not this specific product's fault, but something to keep in mind.

Pros: This is a well built solid Cat6A cable. I use it for live streaming hours at a time on twitch at distances between 60-75' from the router and haven't had any issues. Highly recommend the cable especially for the price.

Cons: none i can find.