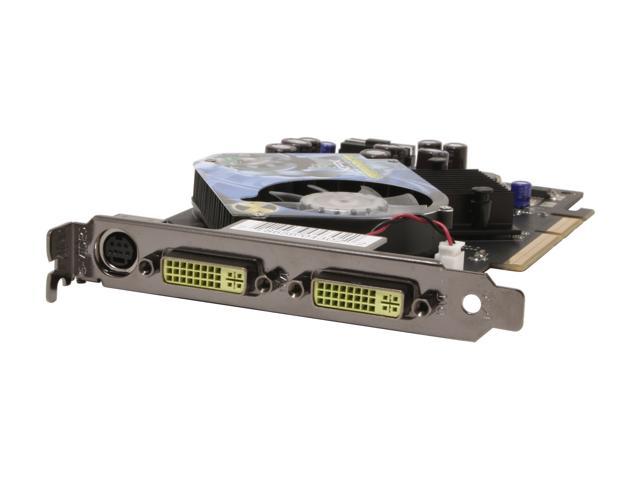 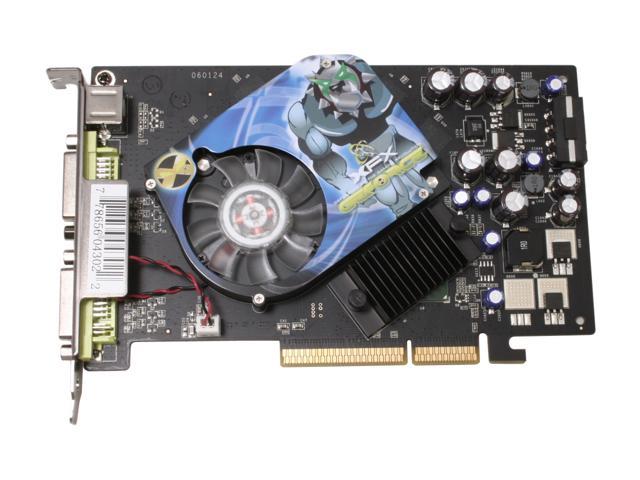 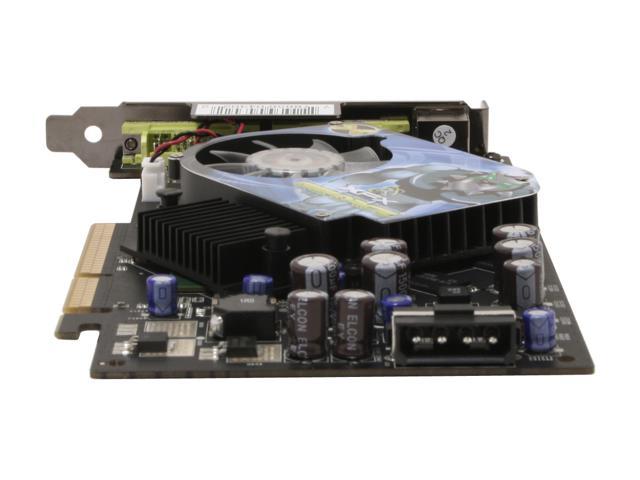 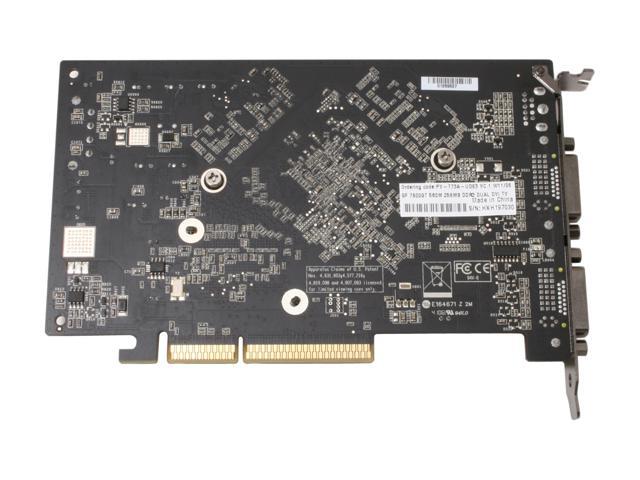 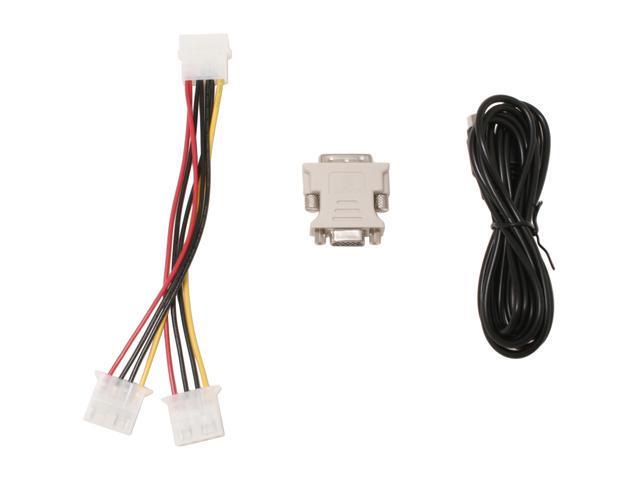 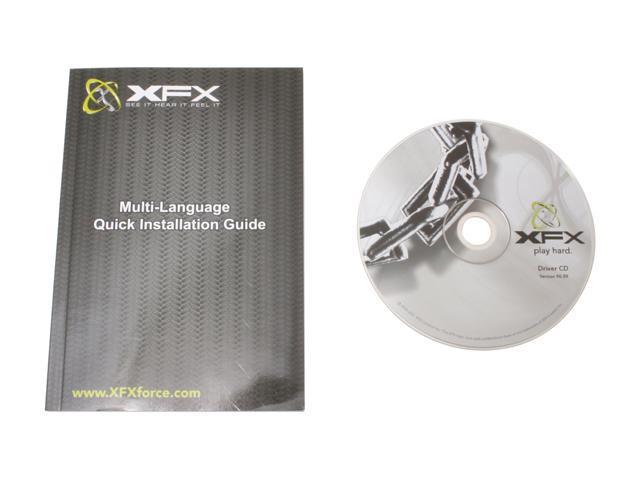 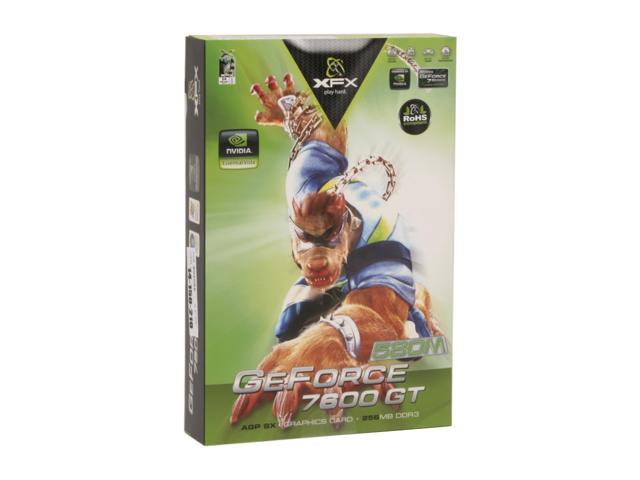 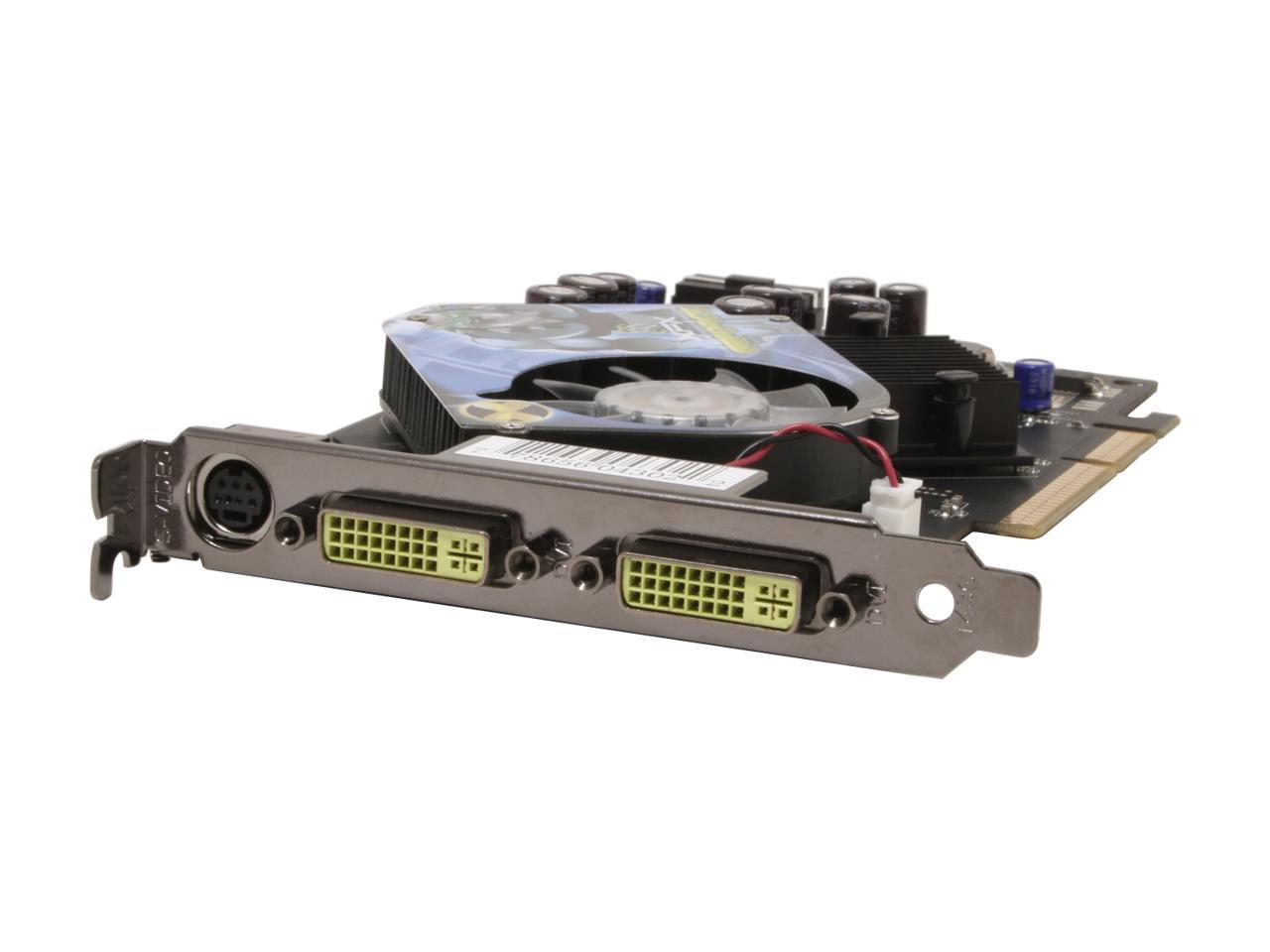 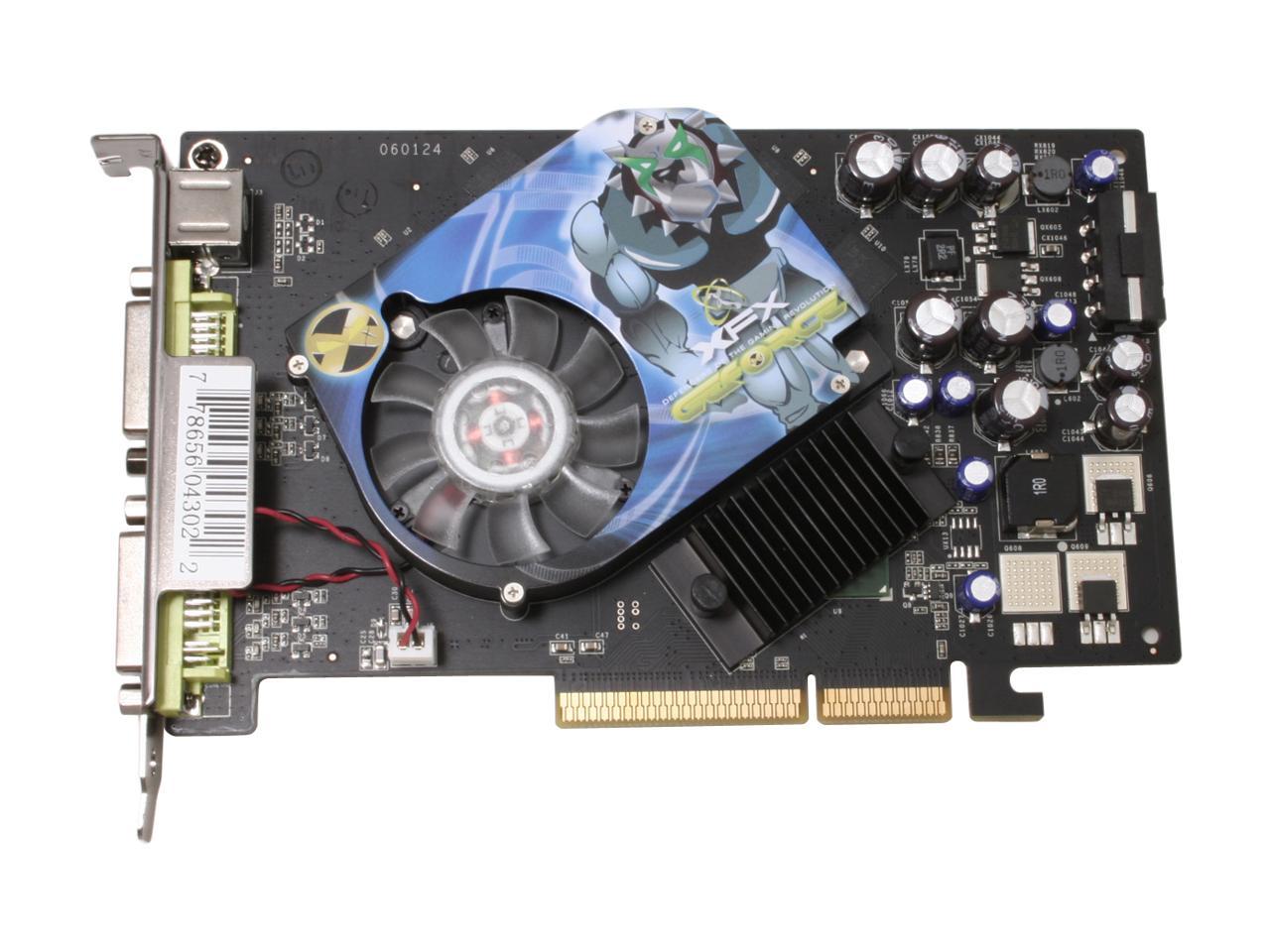 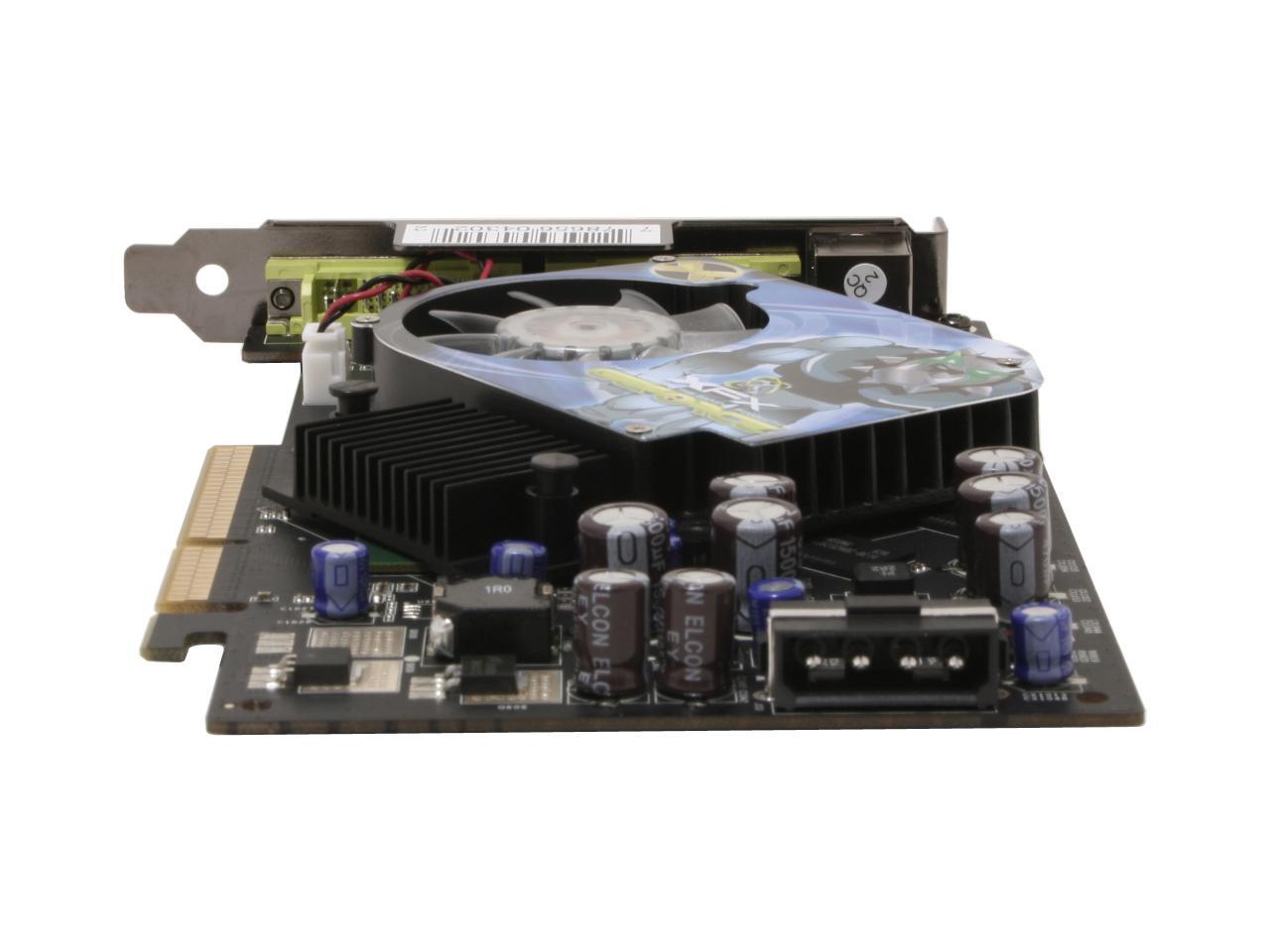 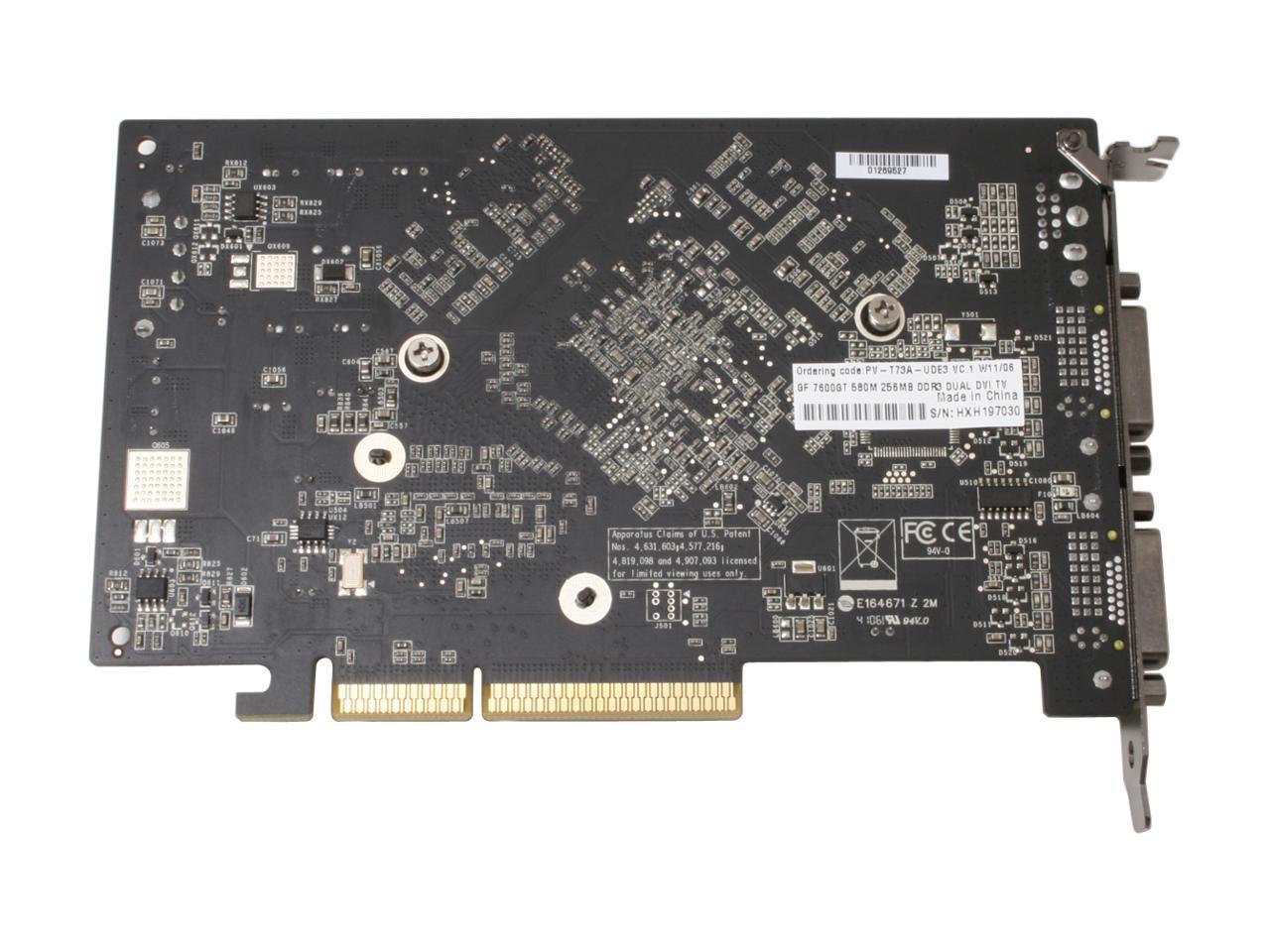 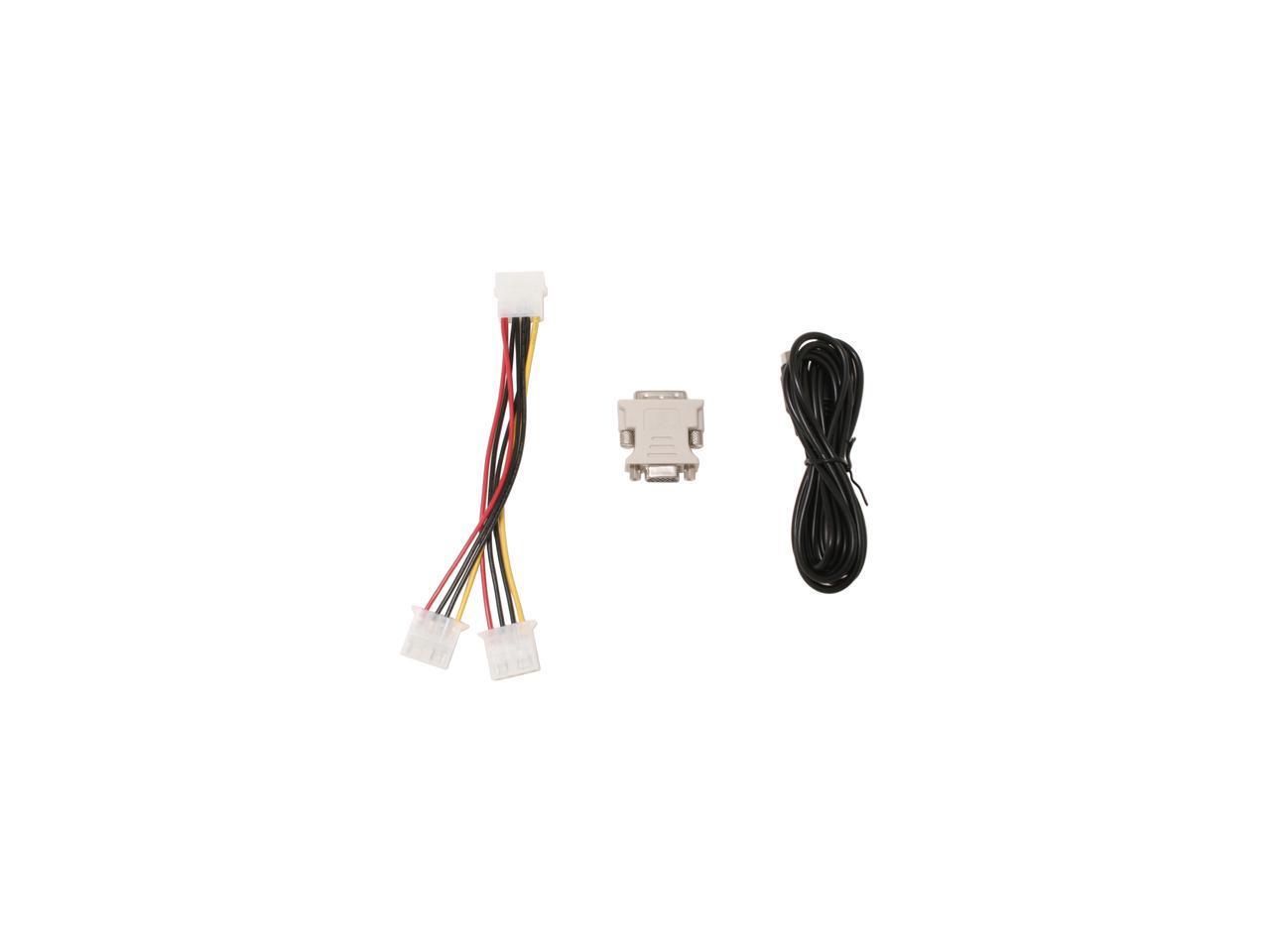 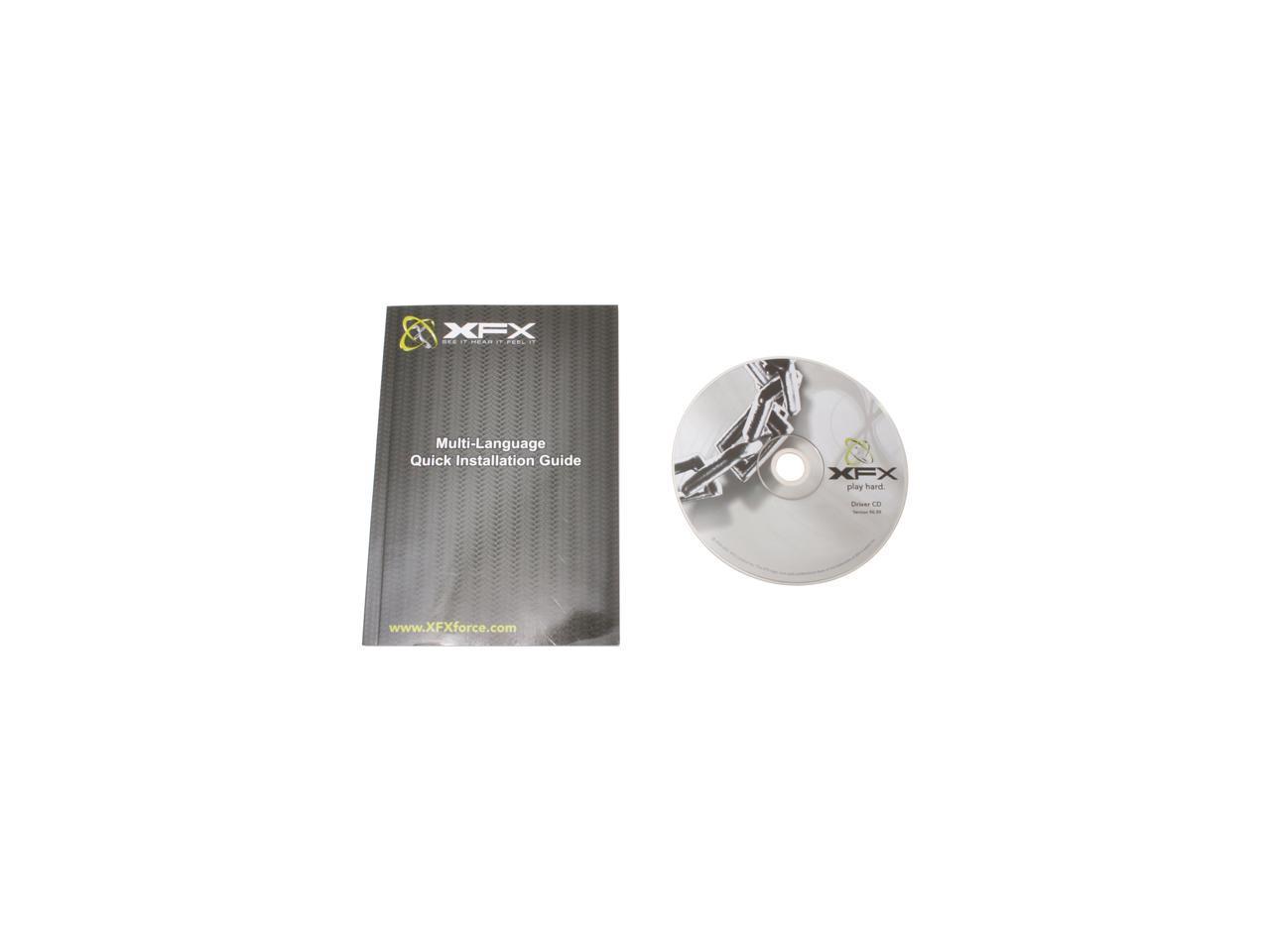 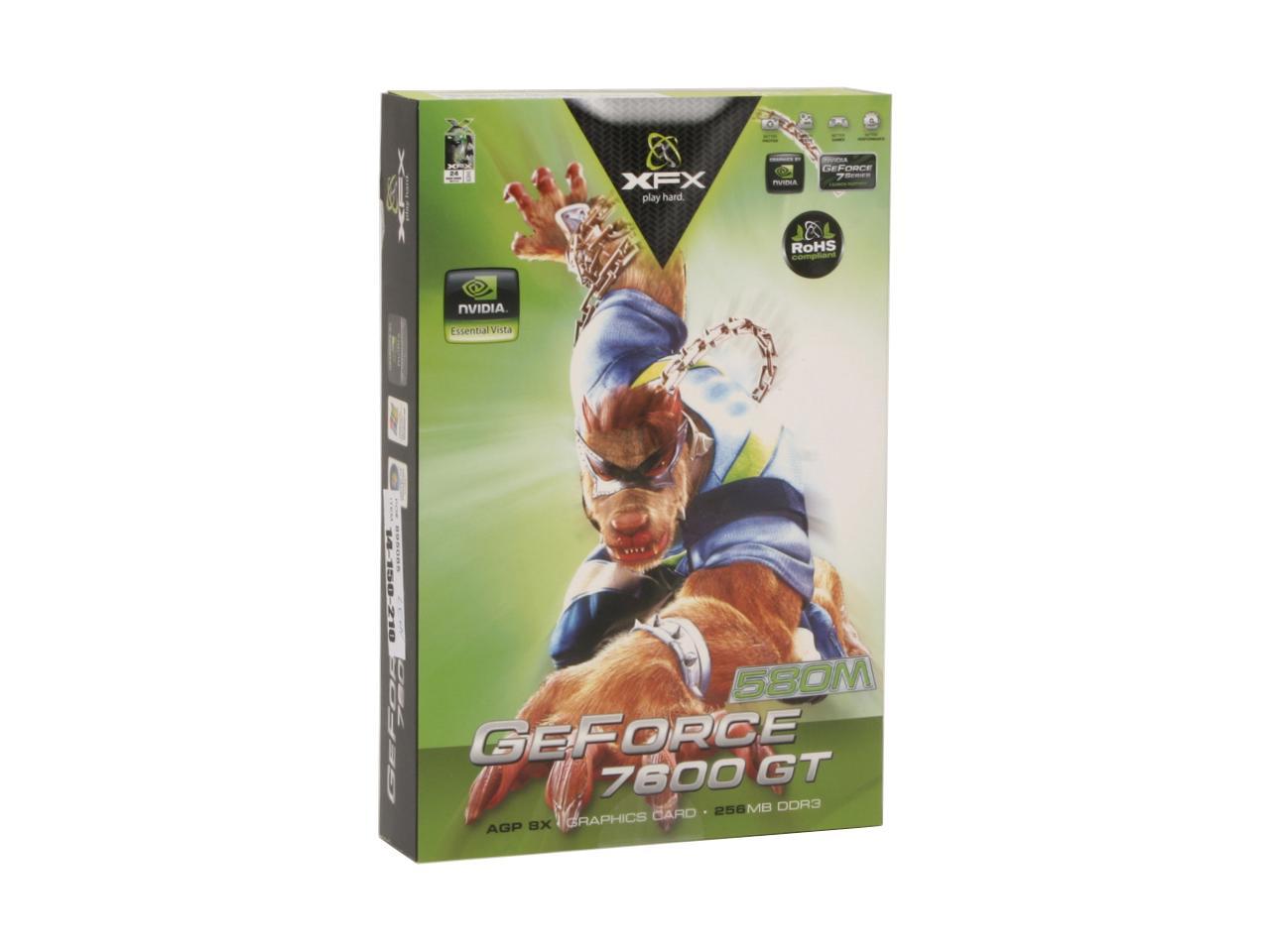 (206) Write a Review
OUT OF STOCK.
Specs
Reviews

Learn more about the XFX PVT73AUDE3

Overall Review: This is really the best AGP card money can buy. The 7800 series are overclocked and from what I read prone to overheating and dying early. THIS is the card to buy.

Pros: Quiet, stays cool even after hours of heavy gaming. Easy to install, really compliments the rest of my system well.

Cons: I never had a card that had to plug into the PSU before. Its not a hugh deal, as its pretty much the norm these days. But i had a 350w PSU which the manufaturer said was enough. But to be safe i bought a 500w PSU. So in reality the card cost me around $220 ($140 for the card, $70 for the PSU) So if your gonna need a beefier PSU to use the card, take that into consideration, but if you ask me its totally worth it.

Pros: Bought this card as something to hold me over for a few more months 'till I build a new beastly rig. Upgraded from an old FX5500 and man oh man oh man, this card delivers. I am quite amazed at the performance XFX squeezed out of this chipset, and thrilled that they did so at such a reasonable price. XFX definitely delivered on this one.

Cons: The pros outweigh the cons of this card without a shadow of a doubt. That said; ~ AGP is more expensive than PCI-E ~ No boxed games included ~ Requires a minimum of a 320W power supply to run stable. But to be honest none of that really means a freakin' thing when you slap this monster in and fire up your favorite game... trust me.

Overall Review: As a long time nvidia fan, a hardcore gamer, not to mention a professional computer programmer, I must recommend this card to any gamer looking to breathe some new life into an aging AGP-only rig. You won't find a better mid-high-range AGP-bus card out there, especially for a price like this. Hurry up and snatch one! Oh and I must add that there is simply no better place to buy PC hardware online than Newegg... it's a no brainer.

Pros: I’m still using a Dell Dimension 8100. A long time ATi exclusive user (Mach64 -> Radeon 64MB DDR w/VIVO -> Radeon 9600 Pro -> Radeon 9800 Pro), I really wanted to stick with ATi. However, newer ATi cards refuse to work in my system ("X" Series). This card not only works perfectly, but outperforms the aforementioned. Additional bonus that it works with the original Dell power supply (I also have two hard drives, one floppy drive, 2 DVD drives, additional PCI cards, and 6 USB controllers installed in the same system). TV-Out is also gorgeous with 1024x768 supported resolution. A real bargain and the best deal for anyone who is still using an AGP based system. Easy, no hassle installation. Card indeed runs cool and quite. Nice boost in both graphic details and FPS as well.

Cons: It doesn't install itself or make me coffee in the morning...lol.

Overall Review: Really a great deal for anyone in the market for a new AGP card. The Dell Dimension 8100 is a very proprietary system. Specific power supply and original 423 Northwood Processor can make upgrading a challenge. Additionally, the APG slot is 2x or 4x. This card made the upgrade simple and painless. Unlike my recent experience with ATi chip based cards.

Cons: Nothing, price was even great so there is nothing wrong that I can find with this card.

Overall Review: If you play world of warcraft and you want it to look awesome, this card will do it.

Pros: Last video card upgrade for my 939 board. Recently also bought a 4800+ Dual Core. So I will sit for up to two years before building a new gaming rig. Much faster than my old 6800.

Cons: Not really. Wish there would be another good AGP card.

Pros: Got this card to extend the life of a socket 939 agp board, replaced a XFX Gforce 7600GS with 512 mb memory, all though the old card performed rather good it does not compare to the XFX Gforce 7600GT extreme! almost double the frame rates in 3D Mark 03, have not had a chance to see how it stacks up in 3D Mark 05 or 06 but assume it should do OK. Seeing how AGP is a dying standard and PCI-E is by far a better choice, this card will give me a year to get the funding and specs together for my next build sometimne in 08

Overall Review: I am not a hardcore gamer but do some rather intense gaming and this card will get the job done nicely.