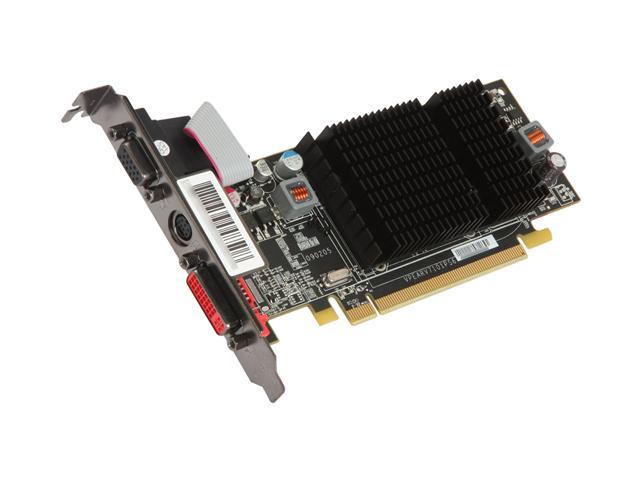 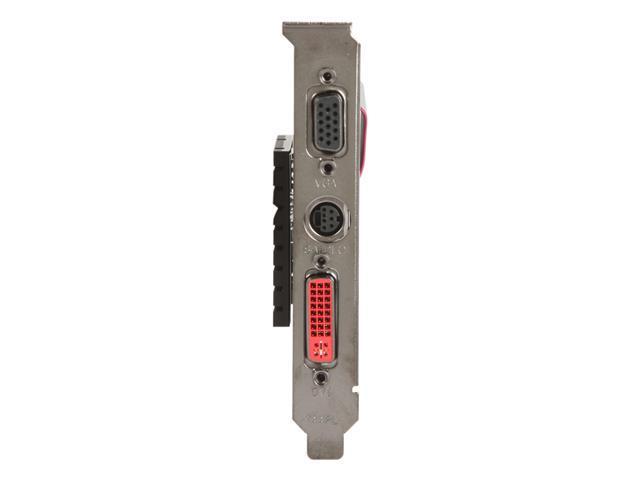 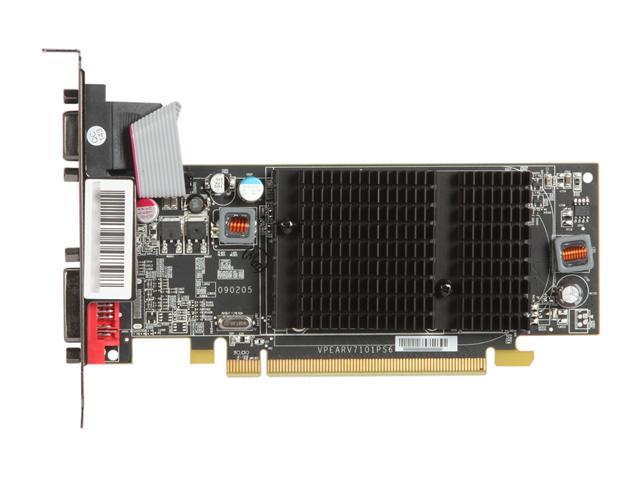 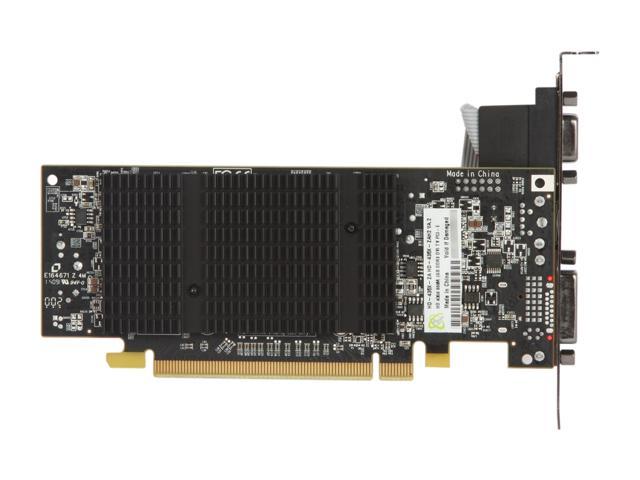 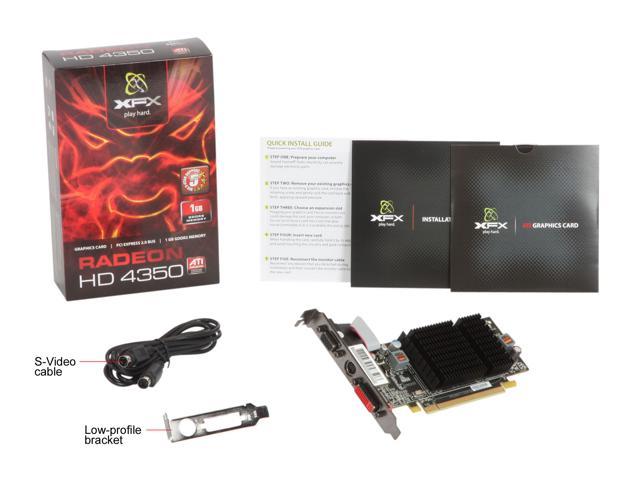 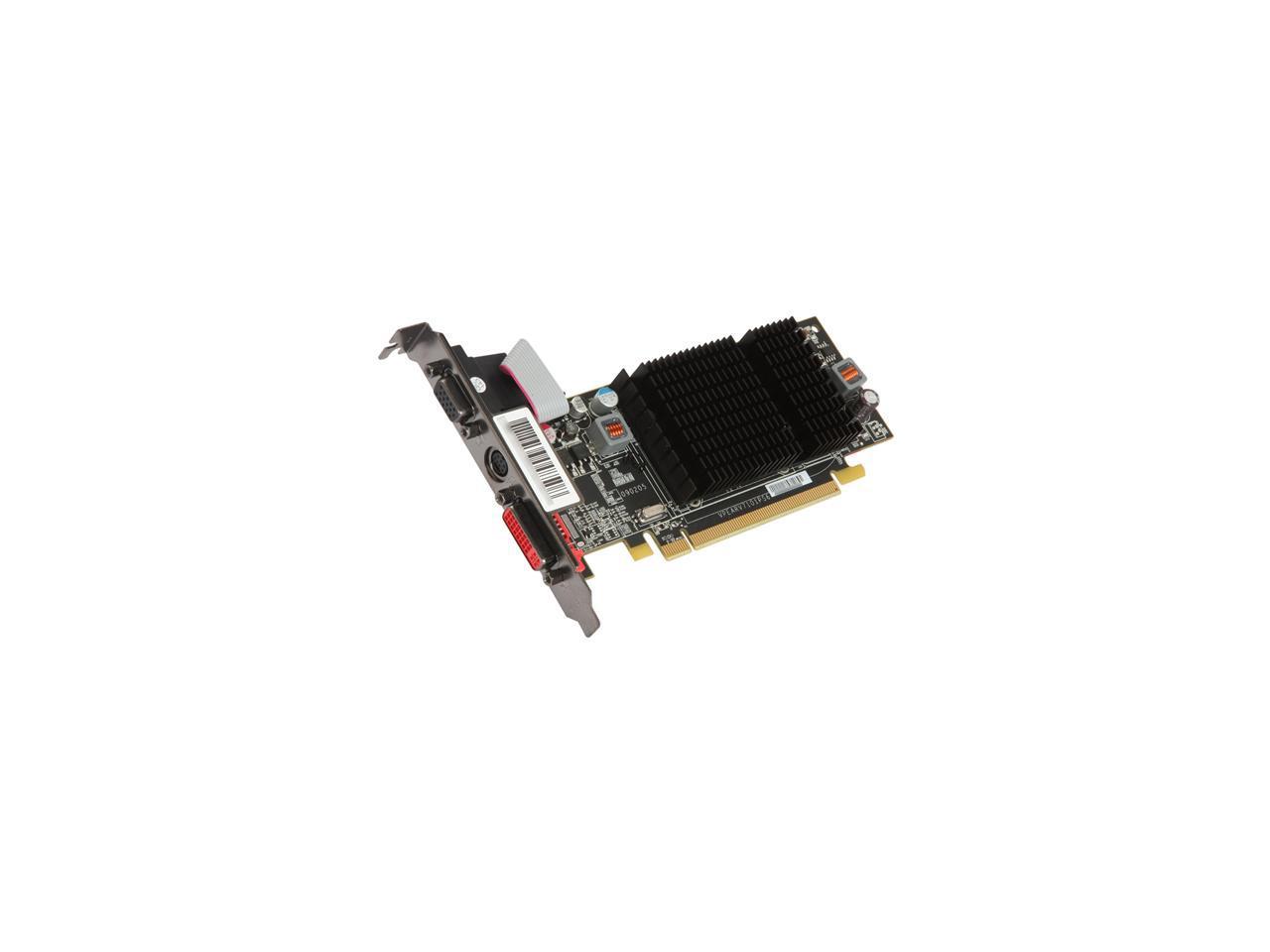 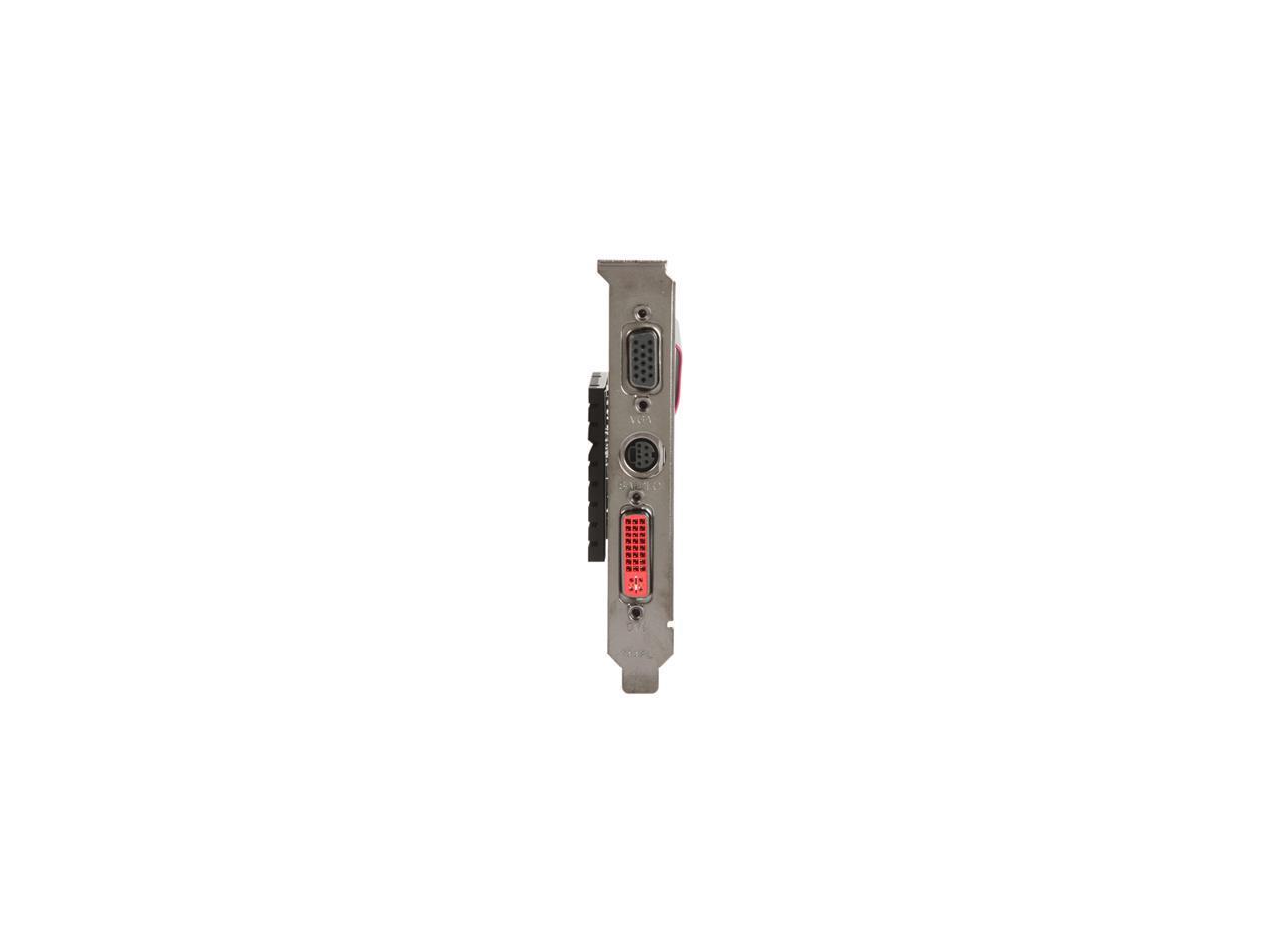 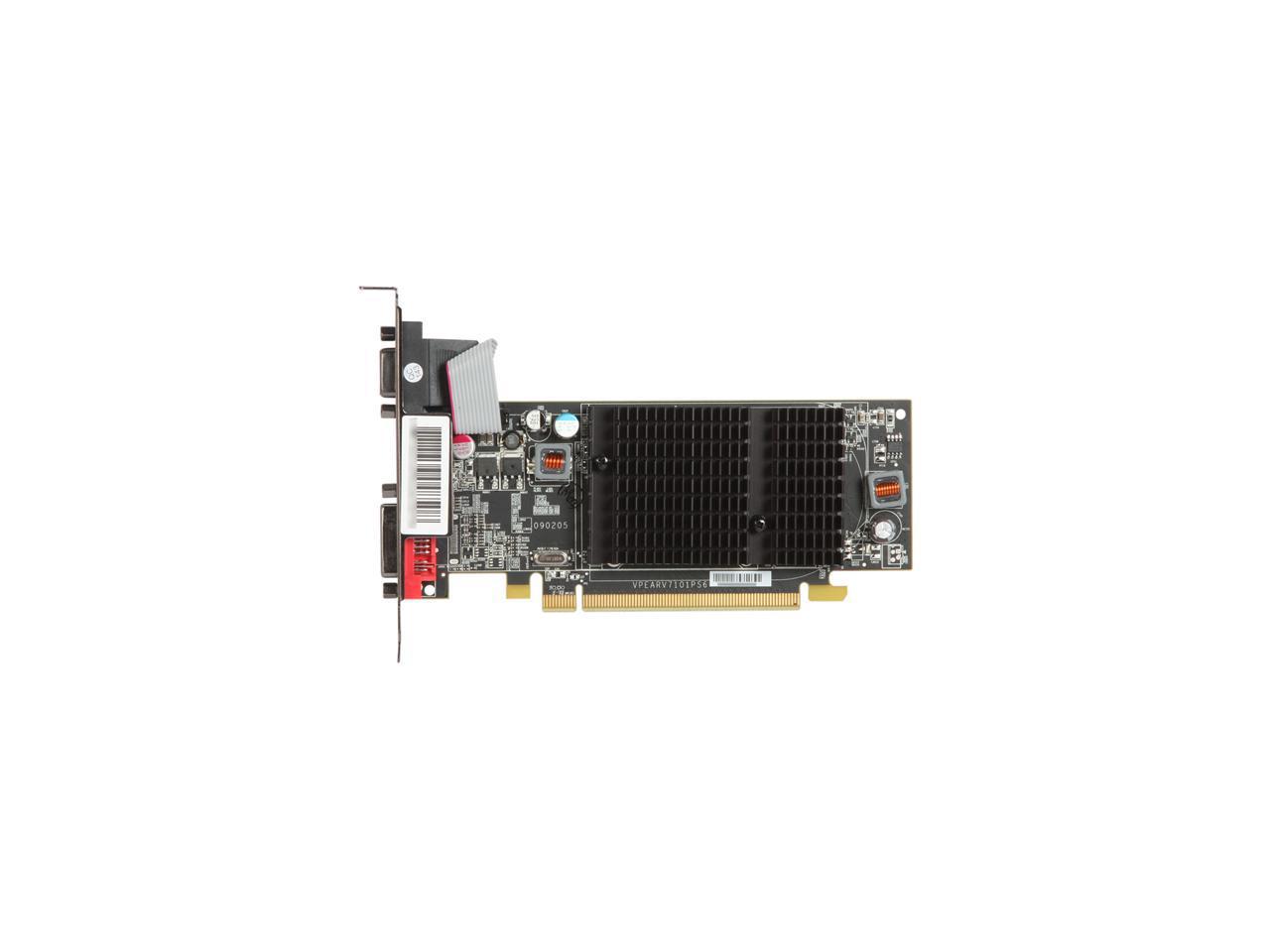 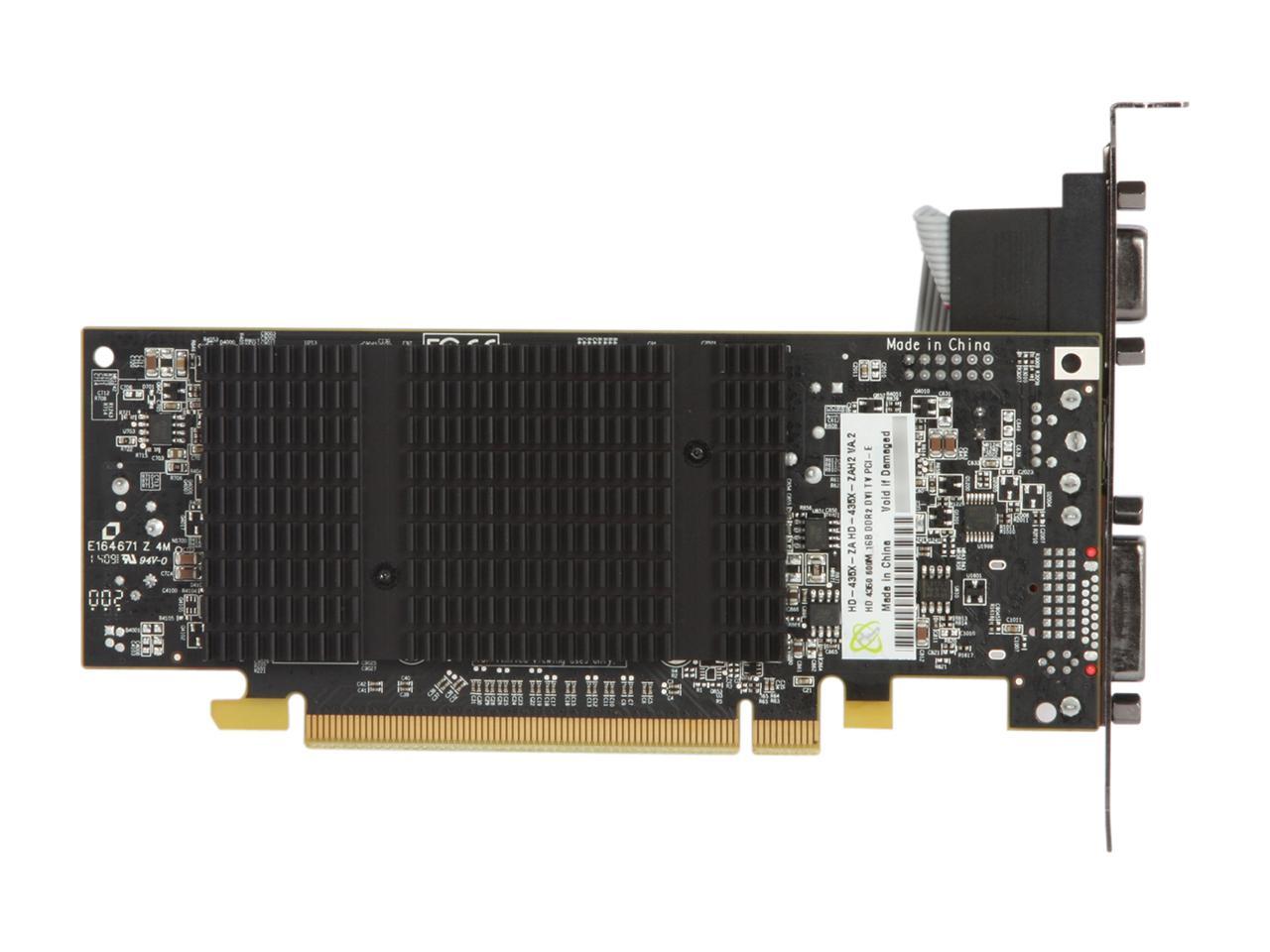 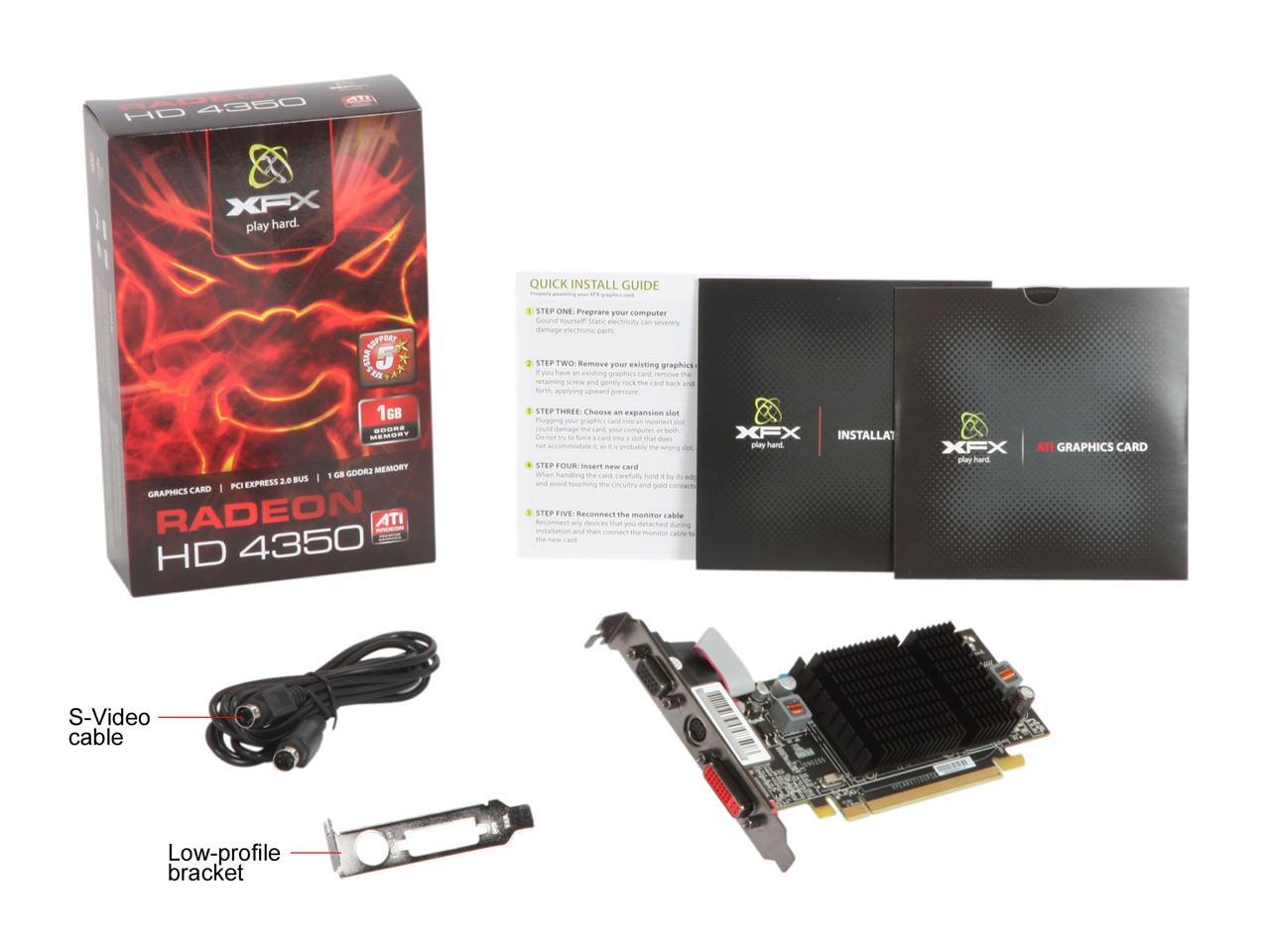 Learn more about the XFX HD-435X-ZAH2

Pros: It has a S-video port and TV-Out capability for connecting to old TVs. It is low profile.

Cons: It runs hot even with a relatively big heatsink.

Overall Review: I purchase it mainly to fit inside a low profile HTPC that is connecting to an old TV that can only accept S-video. So far, the video display is fine with that old SDTV. I am not using it to play games; therefore, I don't know how well it works with games. Having said this, I run a Car-Paint 3D demo program downloaded from ATI web site, and the demo runs fine. It generates quite a bit of heat in that low profile case if I only use the chasis fan and the power supply fan. I fix the problem with two fans spinning very slow sucking air from the video card. I feel that this problem can also be fixed by using a well ventilated full size computer case. By the way, its desktop graphics for Aero score in Windows Experience Index is only 3.8. I don't understand why its desktop graphic score is much lower than its 3D graphic score. Checking review in internet and find that this is normal for Radeon 4350.

Pros: I upgraded from an Asus Radeon HD3450, to get hardware support for the H.264 decoding in Flash 10.1, for example. My Vista Experience index went from 3.6/3.9 to 3.8/4.7 in the Graphics/Gaming rating. It runs at a modest 49 C at idle, and does not get above 51 C in normal websurfing or watching HD videos, in an ATX mid-tower. The heatsinks are cleverly designed, being on both sides of the board (the bottom one is presumably for the memory chips), and so the card occupies only 1 slot. The single-slot 4350 cards that use only a single heatsink run too hot for me, and I didn’t want a double-slot card.

Cons: I have no cons for the card itself, but the upgrade could be a problem, as with any card. I have an Asus P5Q Pro motherboard, E8400 CPU and 8GB DDR2 memory running Vista x64, which is all pretty standard, so I was not expecting much problem swapping out the old card for the new one. But when I first tried to boot up, all I got was a blank screen and a couple of beeps from the PC. Even the activity light on my LCD monitor did not turn on. So I rebooted and tried again, but with exactly the same results. I know from long years of experience that most problems are due to incompatibilities or mis-configurations rather than bad components. So I rebooted for a third time, and this time the LCD activity light came on, but the screen remained blank for a few minutes until I saw the cursor, and later the blue Vista circular arrow, but everything else was blank. After many more minutes, the desktop finally appeared and I knew the card was good.

Overall Review: By now, three days later, everything is working fine and reboots are normal. The card is better than the old one in all respects. I expect the problems were due to different IRQ requirements, or differing memory mappings from my old card, or whatever. If you are building a new PC or doing a clean install of the operating system, I doubt that you will see these problems at all. Since I don't do gaming, I stressed the card by running Folding@Home. It pushes the temperature up to 73 C, but that is no more than with the previous card. It isn't the fastest card for this purpose, but the new F@H client may be more optimized for the Radeons. All in all, it is a very good card if you want to avoid a fan and get good video acceleration.

Pros: This is a great card, the previous review was meant for a different product but a glitch in my browser, (user error) mis placed it into this thread. I know its an ATI and for the record, its a very capable card. I would highly recomend it for a budget non gaming build (some games will work well with it if you dial back the graphics settings a little)

Cons: None that I've experienced

Overall Review: I do apologize for the misplaced review and If I could figure out how to remove it I would.

Pros: Works as advertised... running around 54 Celsius under heavy load in a Dell Optiplex GX620, slightly modified chassis with additional fan, but stock dell power. This card meets the requirements per Dell and i have had ZERO issues with it. FAST SHIPPING NEWEGG ROCKS as usual. A+++++ to XFX too. I have used other cards from XFX, always a pleasure to NOT have to call tech support nor have i had ANY issue with XFX, or Newegg... :-)

Overall Review: Will buy this again and again, double lifetime warranty from XFX, cannot go wrong with this one guys. It is by no means a SUPER POWER card, but for most casual users, this will fit your bill and not hurt your wallet... BUY IT!!!!

Cons: Died within 6 months. Will not buy lower price again.

Cons: Not all that fast for 3D compared to more recent cards.

Overall Review: You have to register and file a support ticket to get the 7pin s-video to component out cable, but they were very quick to provide it (less than a week). Make sure you have the latest AMD driver downloaded because the HDTV support is apparently hugely better in the one from AMD as opposed to the one on windows update. I wasted a full day before upgrading and the software made the experience much simpler. A lot cheaper than getting a new TV that supports HDMI in.

Cons: Doesn't have HDMI output or onboard fan

Pros: works as stated for its price range