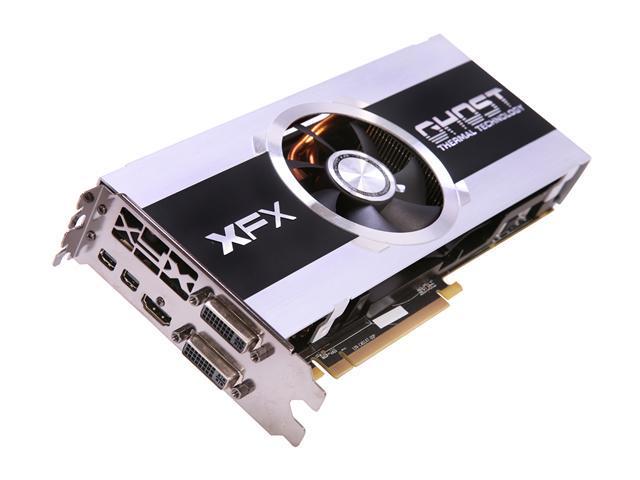 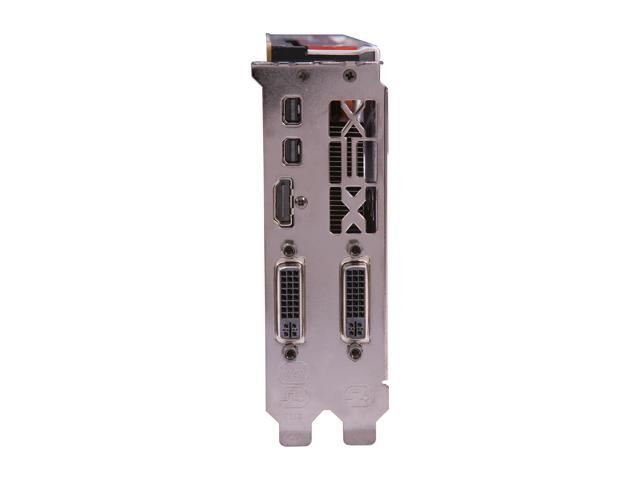 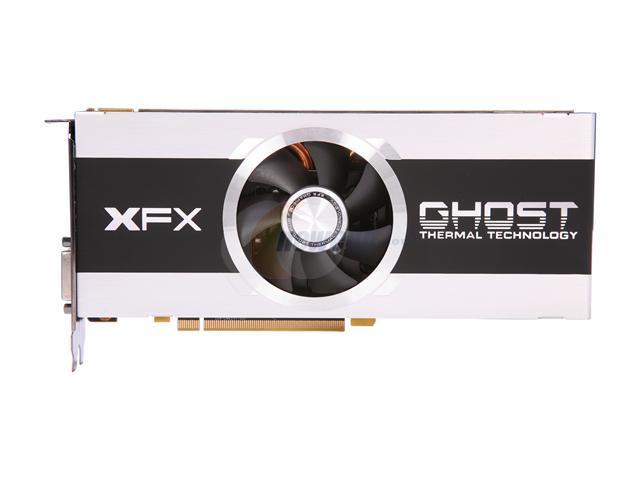 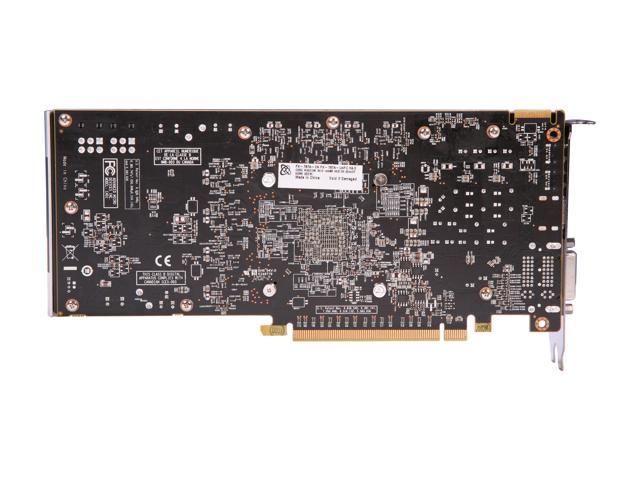 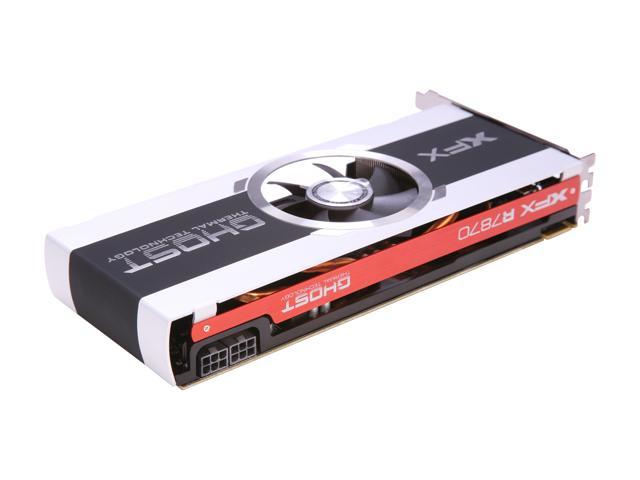 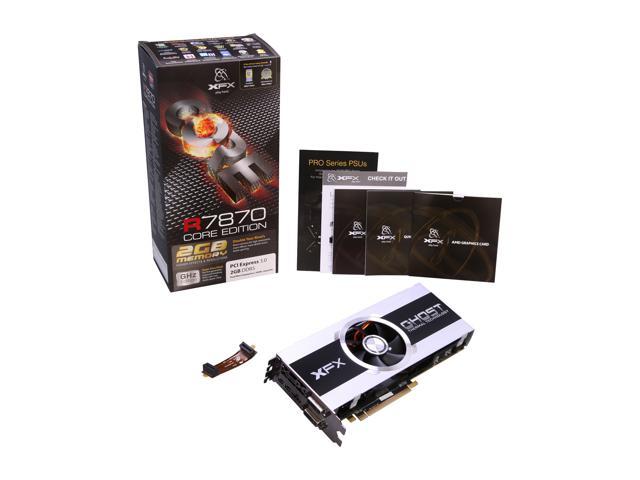 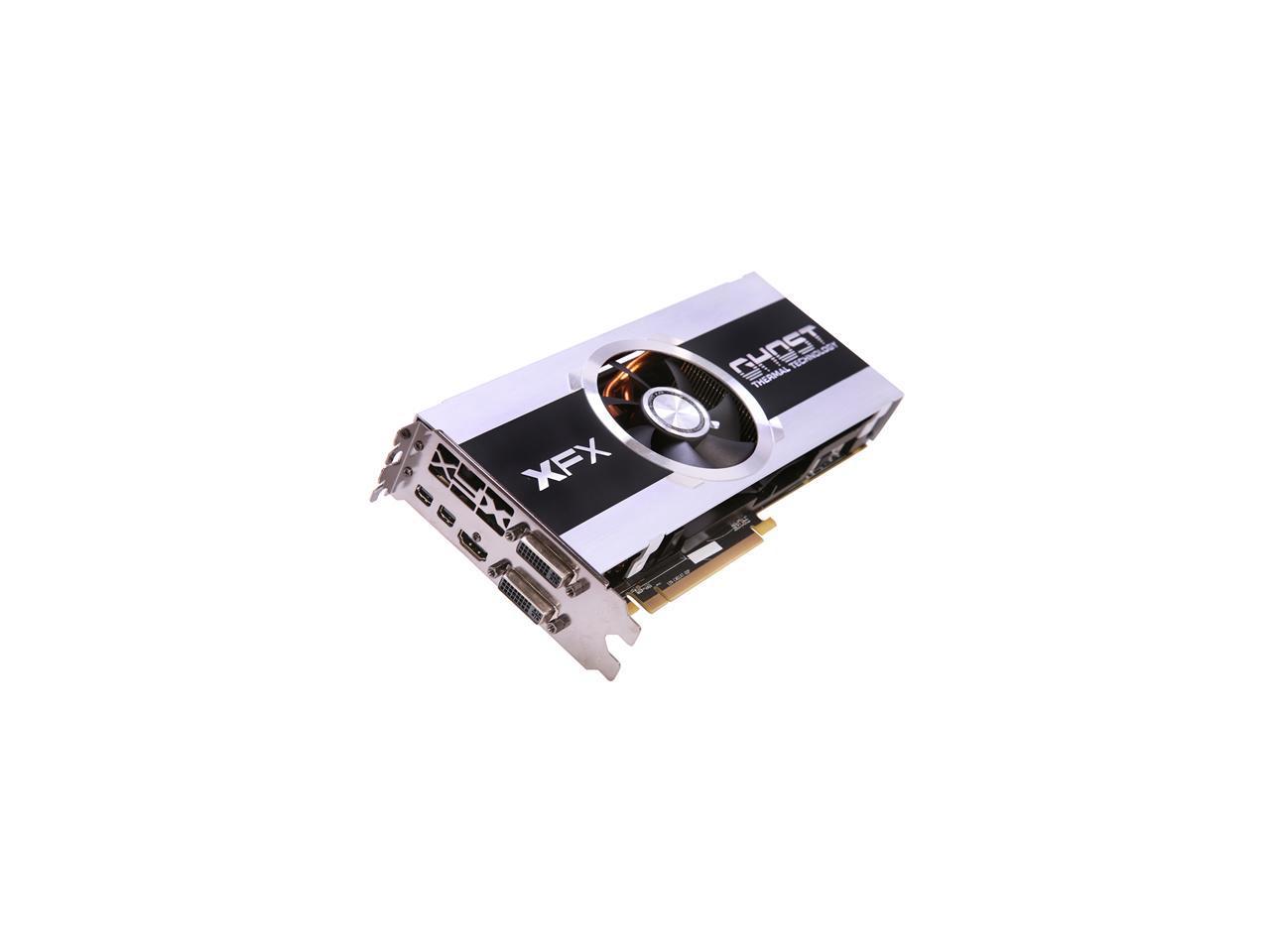 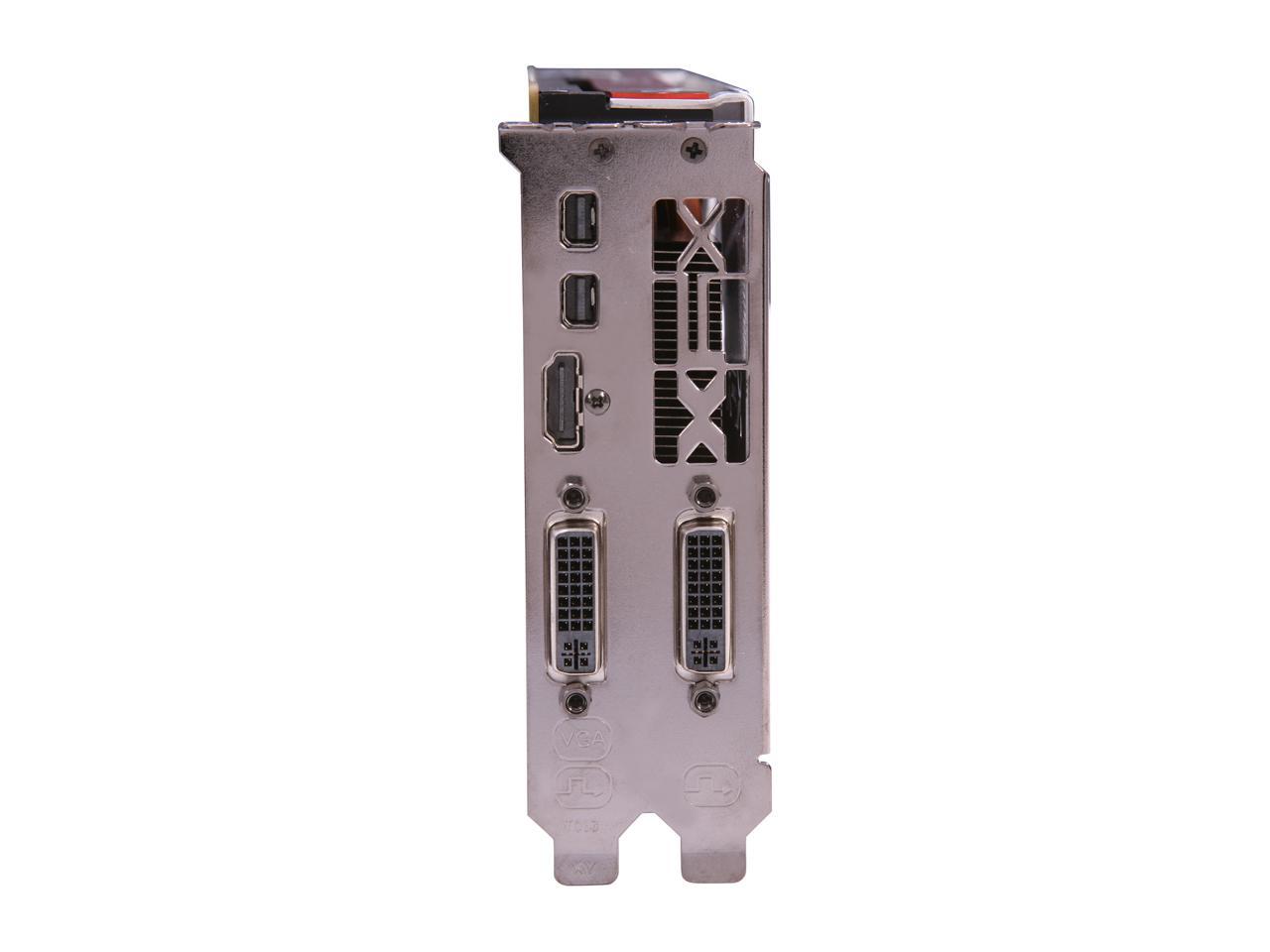 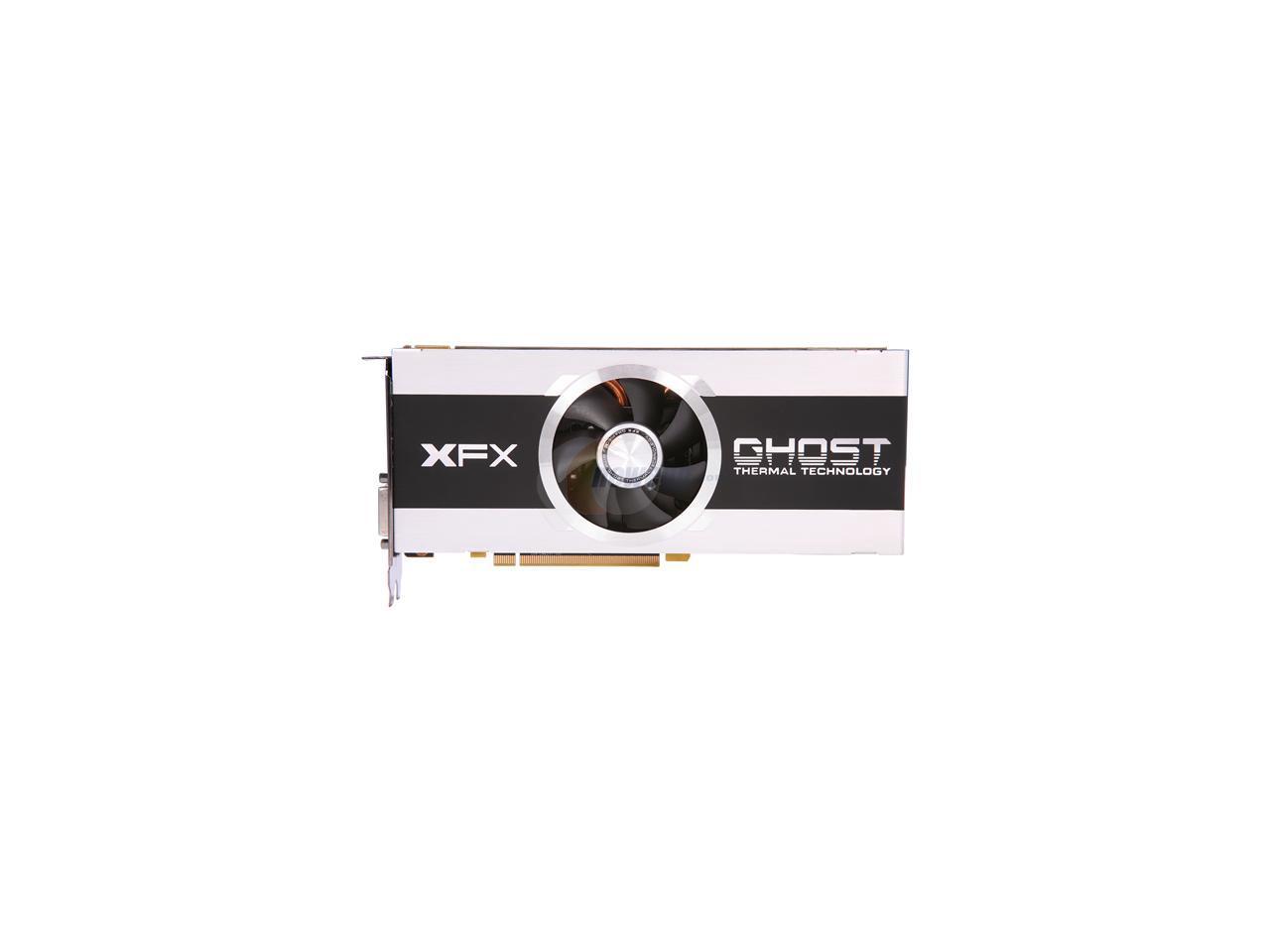 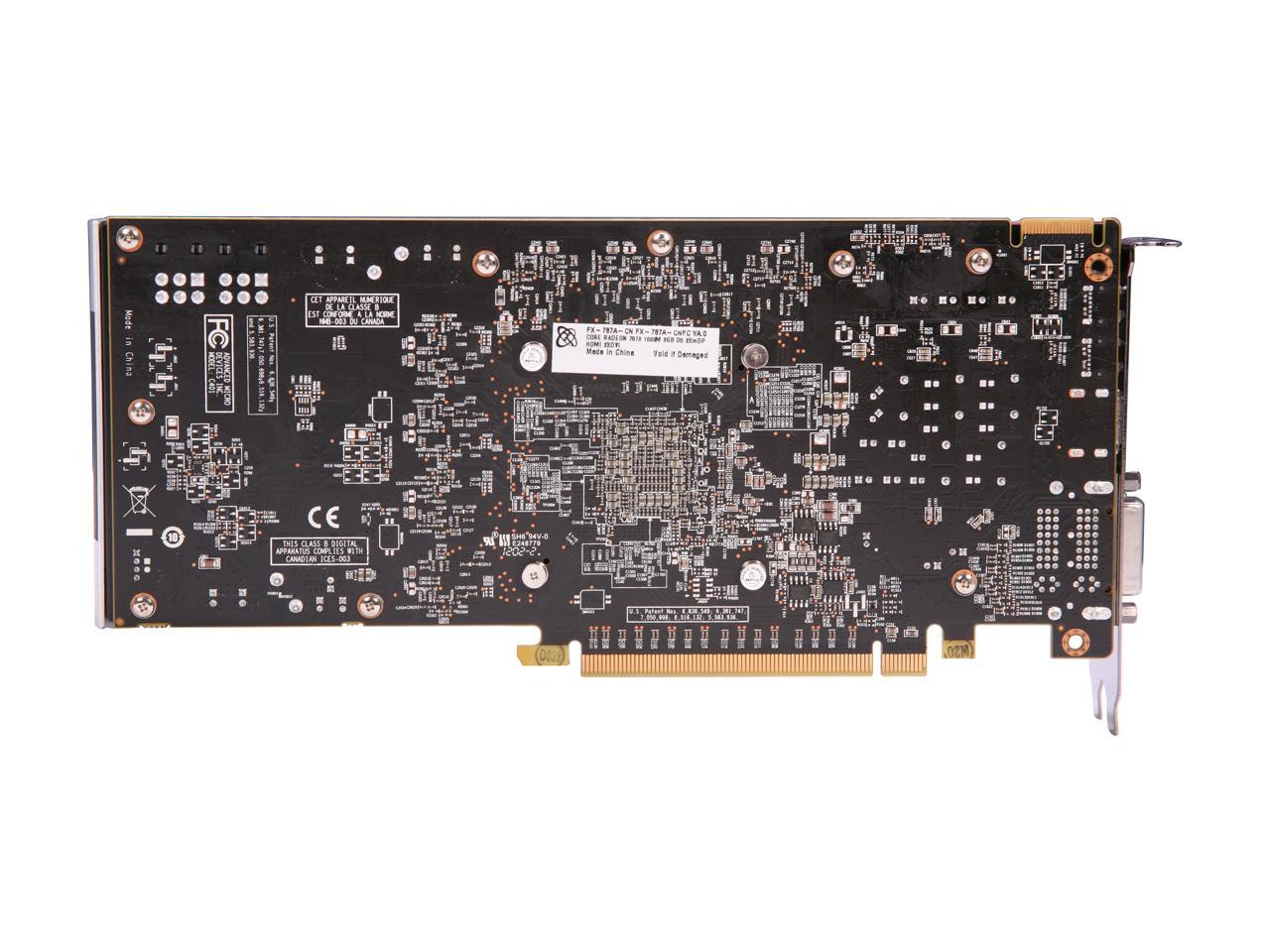 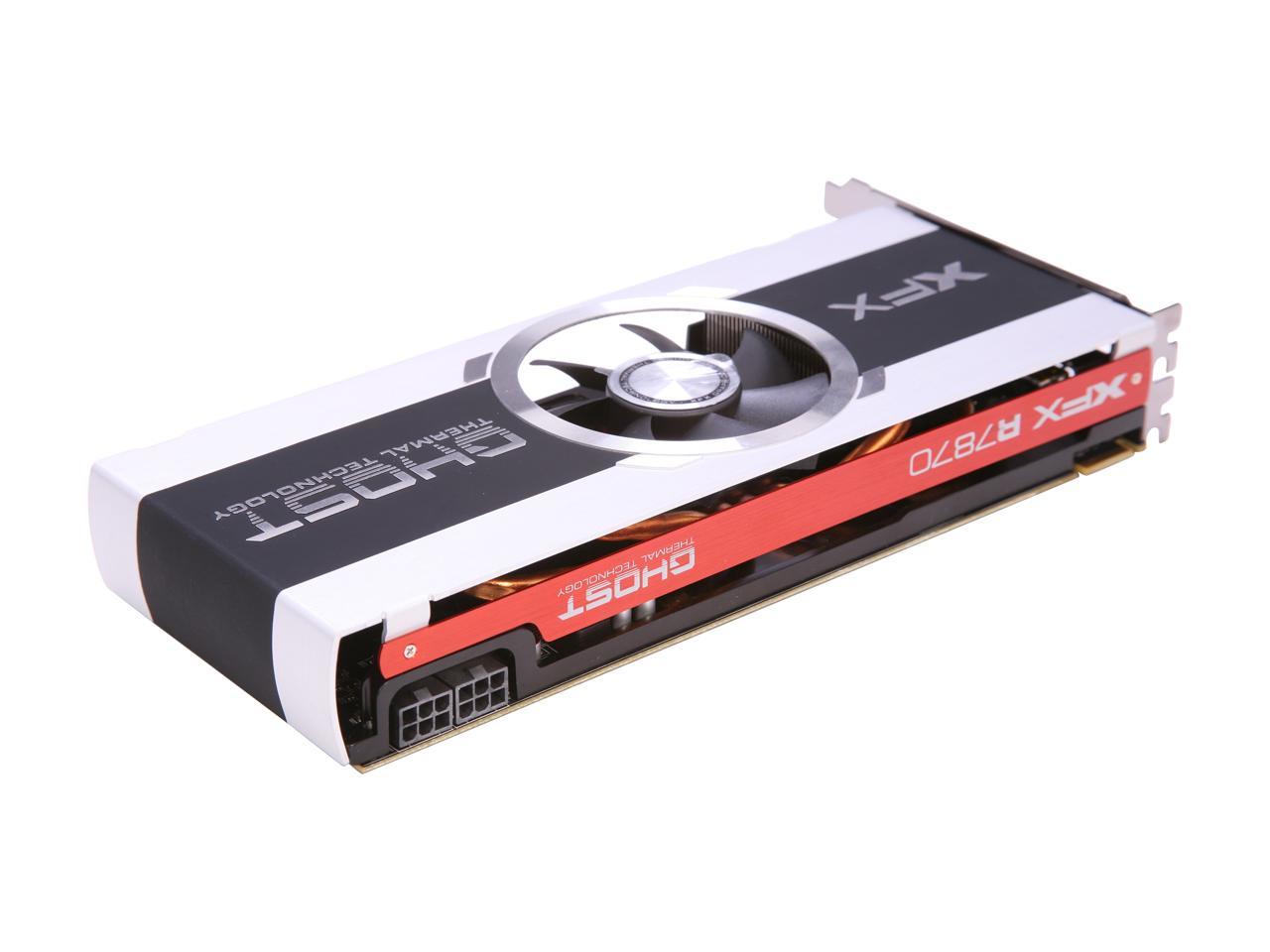 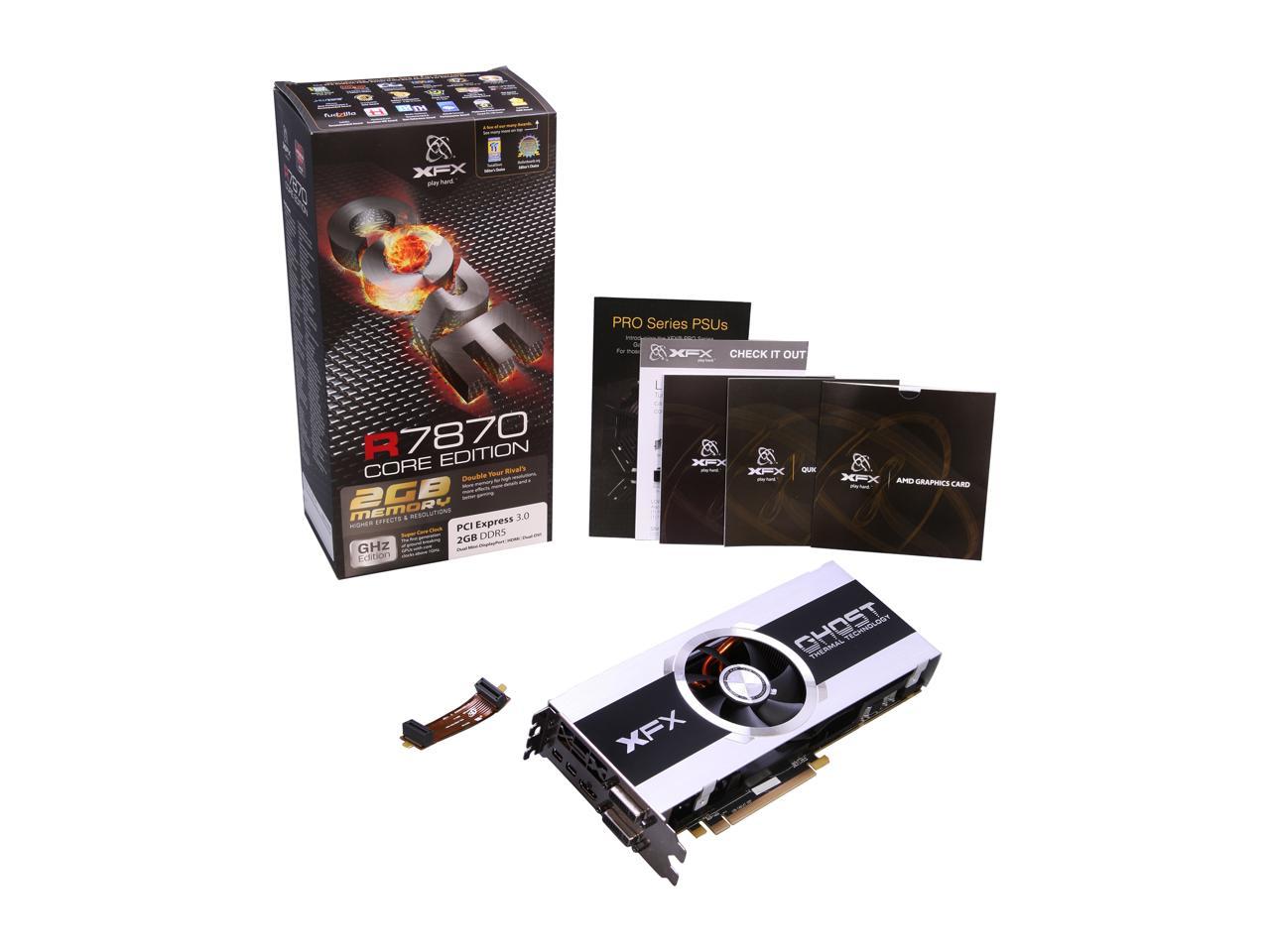 (70) Write a Review
OUT OF STOCK.
Overview
Specs
Reviews

The XFX FX-787A-CNFC Core Edition graphics card is a weapon of choice for upgrade gamers. It features the benchmark core clock at 1000MHz for immersive gaming experience. Based on the award-winning GCN architecture, this card is engineered for supremacy with the industry’s very first 28nm GPU design. Packed with incredible features, such as support for PCI Express 3.0, the ultra-efficient AMD ZeroCore Power technology and AMD Eyefinity technology, the XFX Core Edition FX-787A-CNFC enables you to play games seriously.

Learn more about the XFX FX-787A-CNFC

Pros: Bought it at a sale price. Came with two excellent free games, which is a credit to AMD. It's relatively quiet at idle and uses very little power. At peak gaming load, it hit 200w on my OC'd 3770k system, with a temperature of only about 67C in 20C ambient.

Cons: (1) The metal body came misaligned from the factory, causing it to impede the fan, which would not turn. Had I not caught it, the card would have overheated fairly quickly, potentially leading to serious damage. I had to bend the body outwards to clear the fan. (2) The card is not being shipped as pictured. It only has two copper heat pipes, not four as shown. (3) It overclocks very poorly. This is a luck-of-the-draw issue, but the compromised cooling system versus the one being shown in the pictures might have something to do with it. It could only hit 1075MHz on the core. The memory hit a plateau at 1350MHz. (4) No voltage adjustment for achieving higher overclocks. (5) Comes with nothing but a Crossfire cable, not even a PCIe power adapter that many users might need to run on <500w power supplies (which can certainly be done safely given its power consumption). (6) The cooler is quite audible at load, unlike my other HD7870 from another manufacturer.

Overall Review: This is my second HD7870, and I put this card through its paces both on its own and in Crossfire. Crossfire worked very well, achieving near doubling of framerates in most games and benchmarks. As an example, in Unigine Valley 1.0, a the single card achieved 31.1fps, while two cards at reference speeds achieved 61.8fps. XFX's "Core" line is its most basic line, and the quality-control issues and change in cooler design without notice speak to cost-cutting efforts. Overall, unless this card is significantly cheaper than other dual-fan models, I would skip it in favor of offerings from other manufacturers.

3 out of 4 people found this review helpful. Did you?
Mark K.
Ownership: 1 month to 1 year

Pros: These are some very nice just below top cards once you get the right driver combo for your rig.

Overall Review: As far as hardware, I love these cards. I currently run 2 watercooled. XFX confirmed waterblocking them would not void the warranty :) I honestly don't think I'll bve going with AMD again with all these driver issues. Of course I said that about NVidia years ago and that's how I ended up with AMD.

Pros: Excellent Graphics Card, especially at this price point. At 1920X1200 this card delivers great frame rates in Battlefield 3 with most-all settings turned up. Delivers solid performance at 5040X1050 as well (although anti-aliasing has to be turned down). I'm coming from an overclocked GTX 560 and the difference is night and day. The 560 is a nice little card, but it doesnt even touch the 7870, especially at higher resolutions. Rebate process was simple (Although it does take a few weeks)

Cons: Only 2GB of RAM. For most people this isn't a serious concern, but if you are trying to do an eyefinity setup across 3+ displays, this won't be enough to really max everything.

Overall Review: Just a heads up, to run eyefinity through this card you will need a mini display port monitor or an ACTIVE adapter. If you don't run one or more displays through the mini display port, the most monitors you can use is 2.

Pros: Very fast and could handle high fps on 2 monitors at the same time. I had no heat issues even after a good 10 hours of nonstop gaming, and the fan is very quiet for how good it works.

Cons: Has been giving me some trouble of late (a month and a half in) and not working, I have used XFX's cards for quite a while and this is the first one to ever break on me, and I am not sure why it did. I will be returning it soon and will be getting a better review once a working one is in.

Overall Review: From my experience, XFX's cards have never given me any kind of trouble and have always delivered more than expected and I hope this faulty card is just a fluke and that all their new hardware is not this faulty.

Cons: Cant overclock at all. tried with even slight overclocks and it causes my computer to white screen forcing a hard reboot. not really a problem as its strong enough to run everything anyways.

Overall Review: Its longer then it needs to be. it fits but still. I am happy with this purchase, hopefully it continues to work just as well for some time with no problems.

Pros: Fast & stable, overclocks well and doesn't make too much sound under load

Cons: Card is about 1CM longer than it needs to be (some "cool" looking molding at the end) and it just barely isn't bumping some mobo components

Pros: Worked great the first 2 days, was very pleased with the quality.

Cons: After a couple of days, I started getting horizontal lines and intermittent black flashes (screen goes black, then comes back on). Part of a brand new system build. Will try it again, could be just one bad apple.

Overall Review: RMA'd without incident, however now will have no computer while new card arrives as I have to send this one back prior to getting a replacement.

Pros: This card does pack a punch for the price it runs all games I can throw at it if you trying to stay on a budget this is the perfect card for the price.

Cons: This card does tend to run a little hot at times when games are set to ultra I changed my cooler to an Artic Accelero Twin Turbo II that solved and heating problems

Overall Review: I get really good frame rates for this card I am very pleased by it and plan to upgrade to a 7970 in the near future XFX is a great card. I am not gonna drop an egg because I had to change the cooler to make me feel safer with the temps they were probably ok I am just picky on temps getting up to 70c it makes me feel uncomfortable.