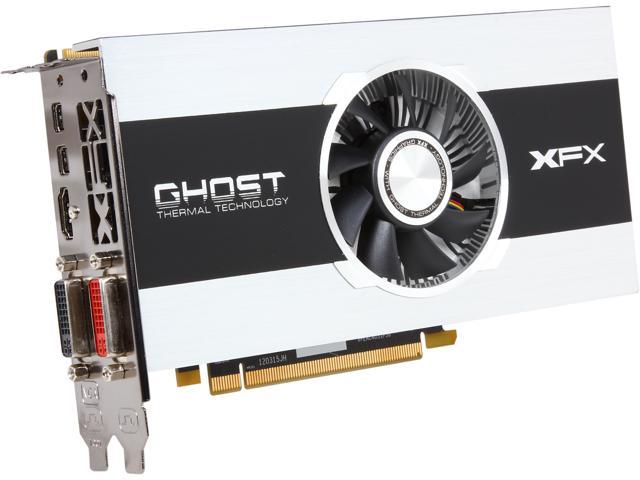 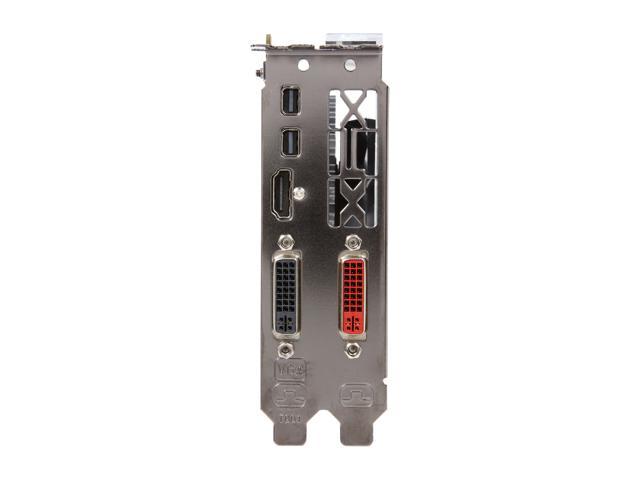 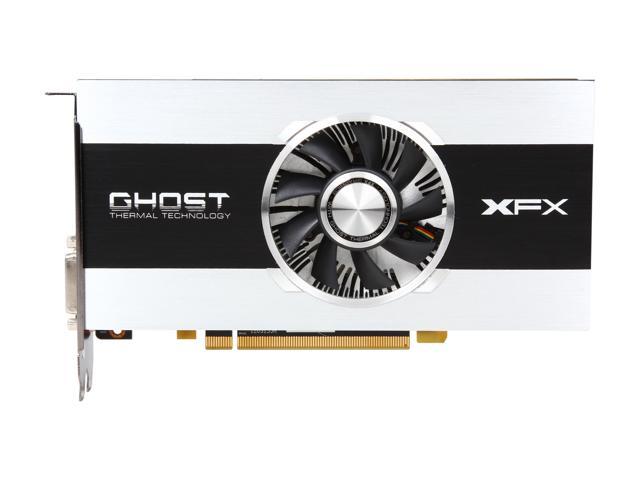 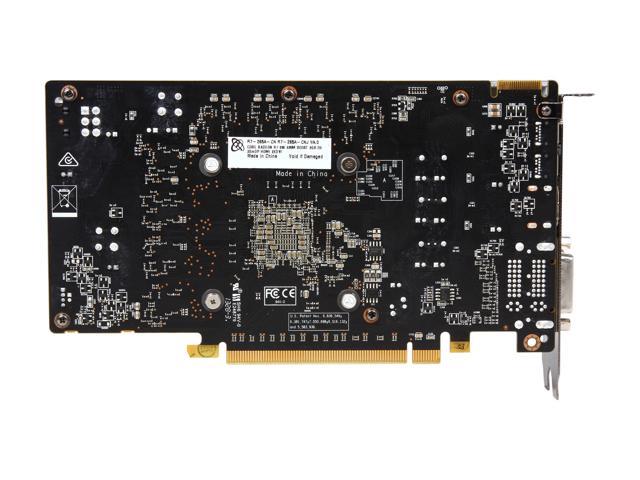 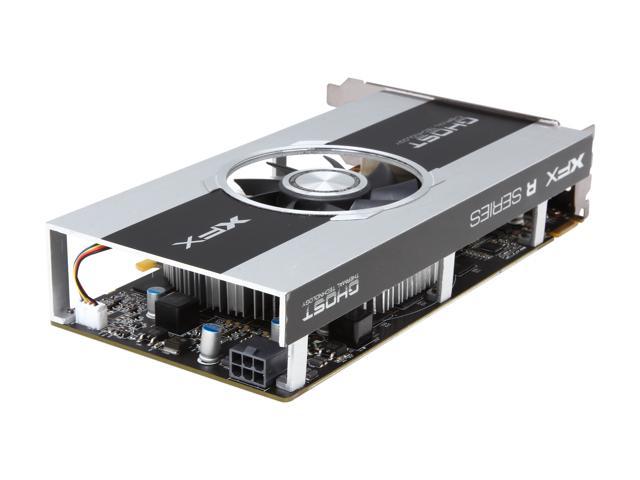 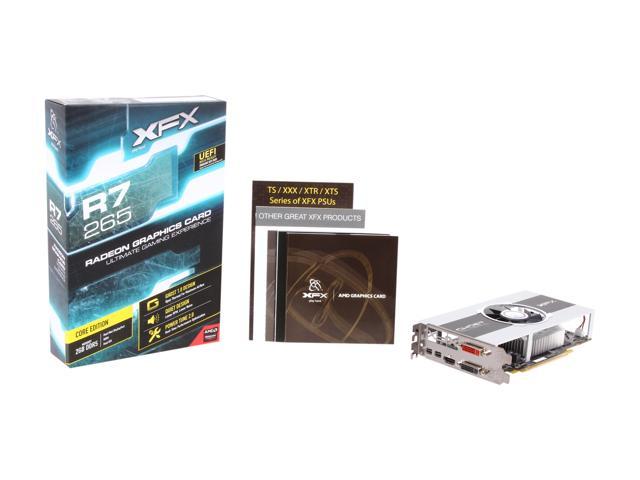 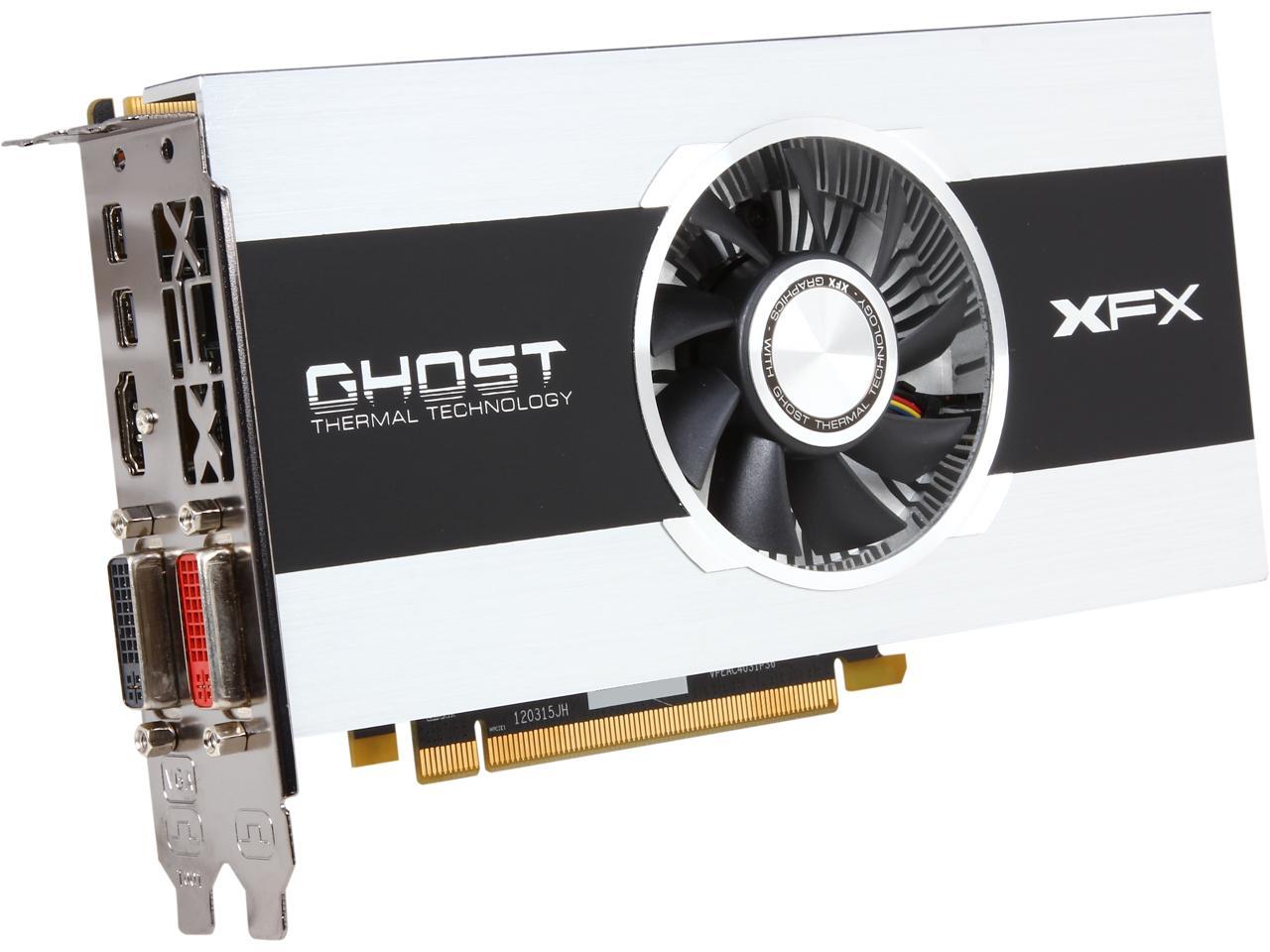 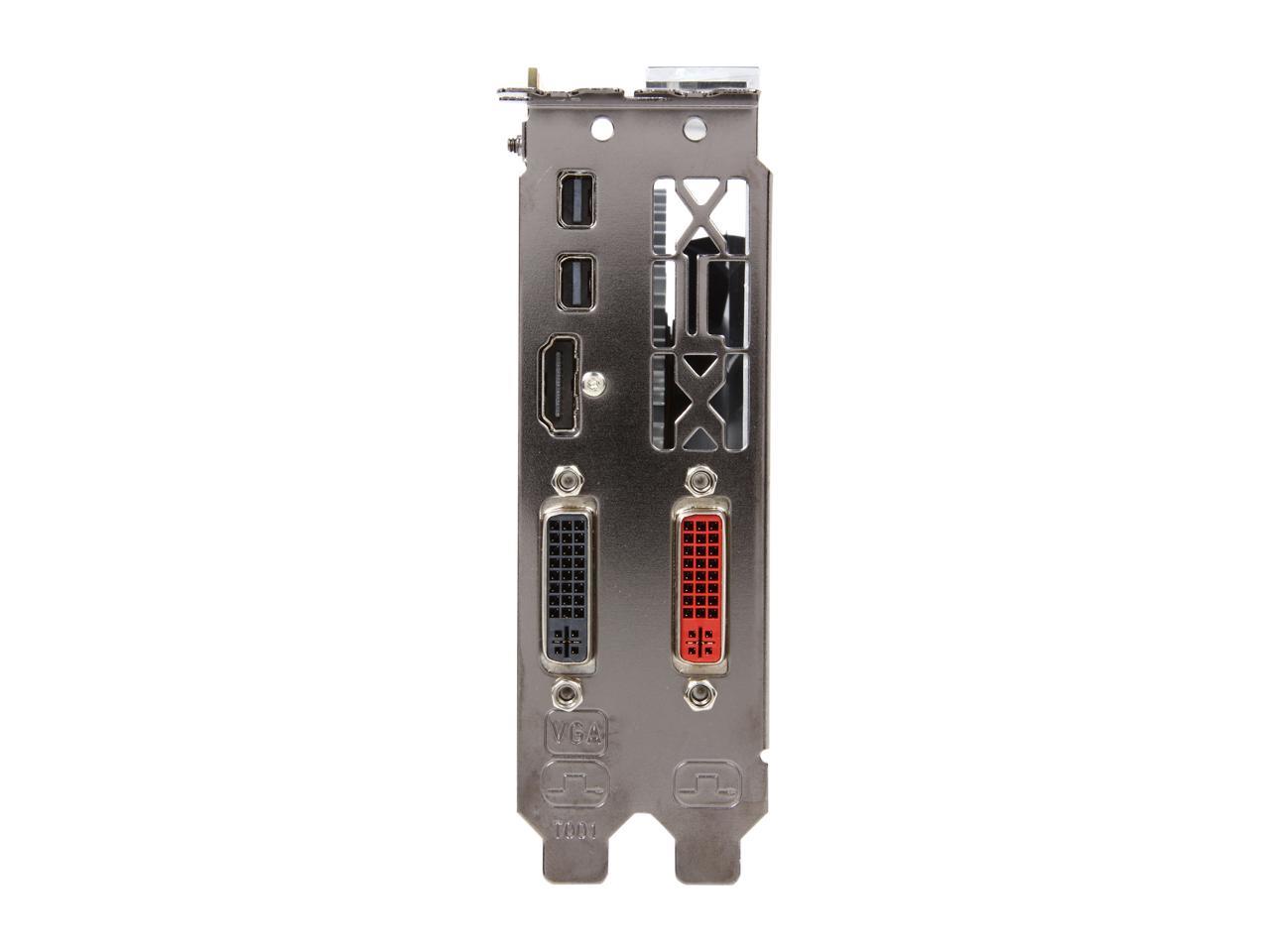 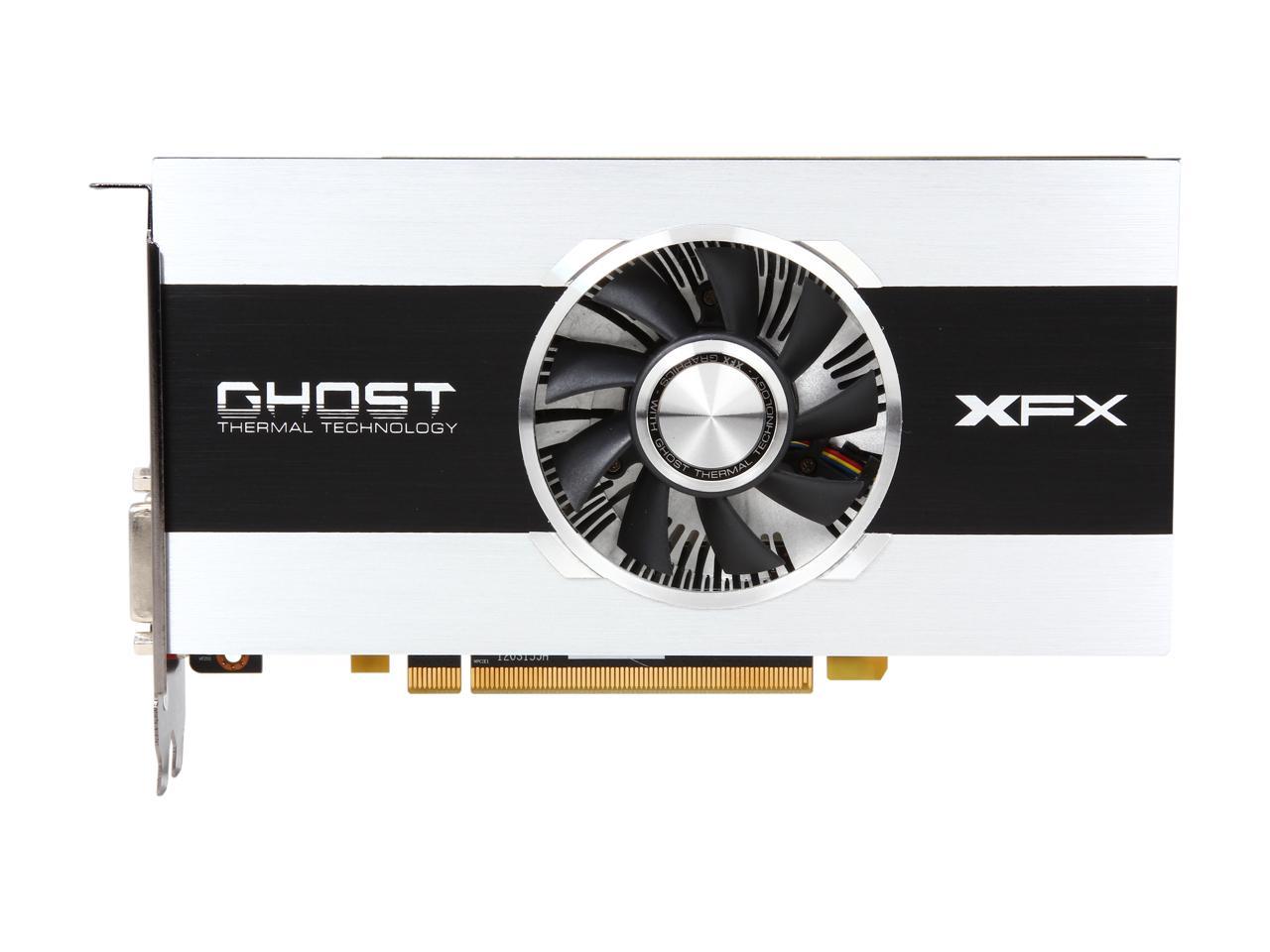 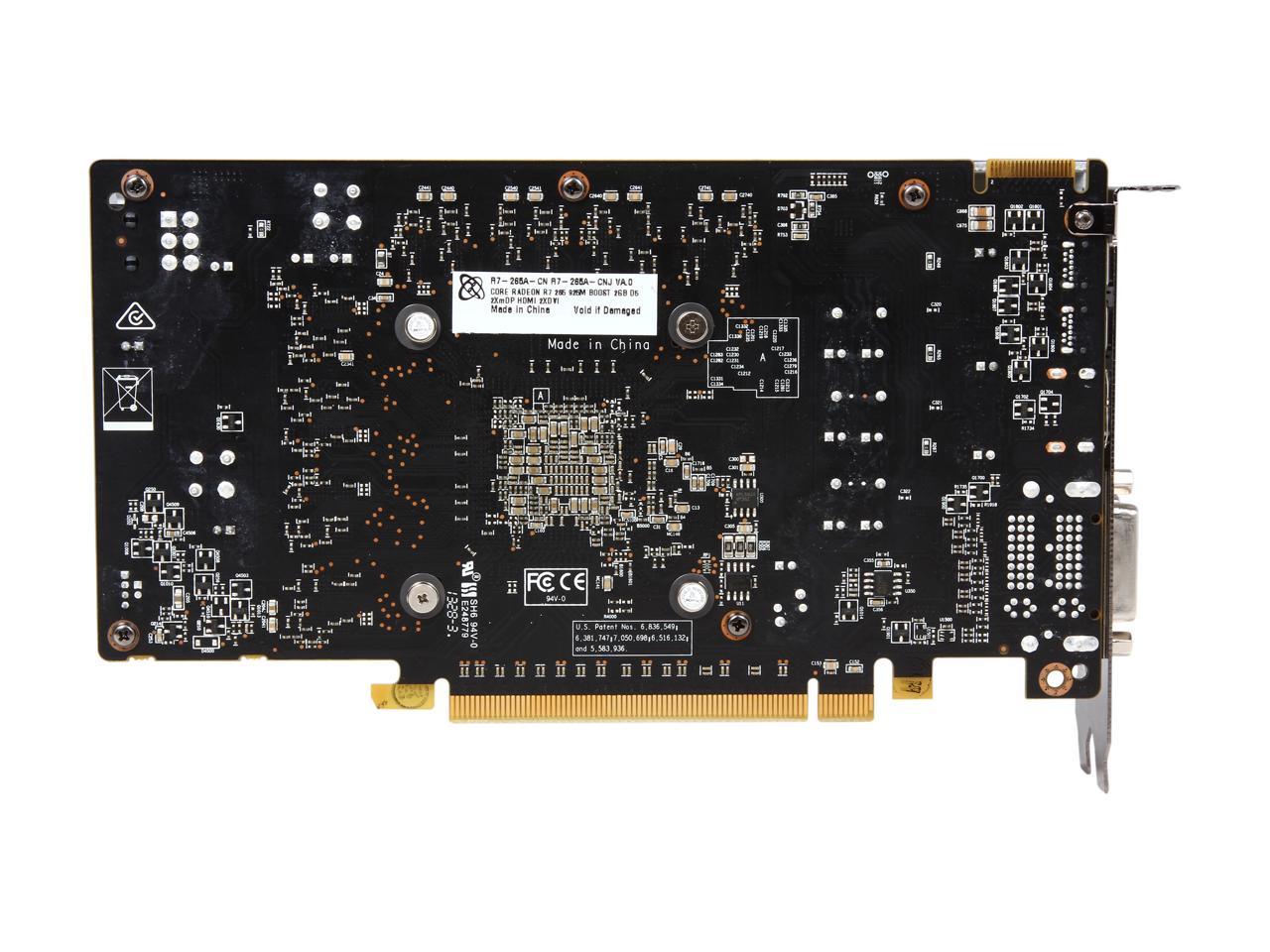 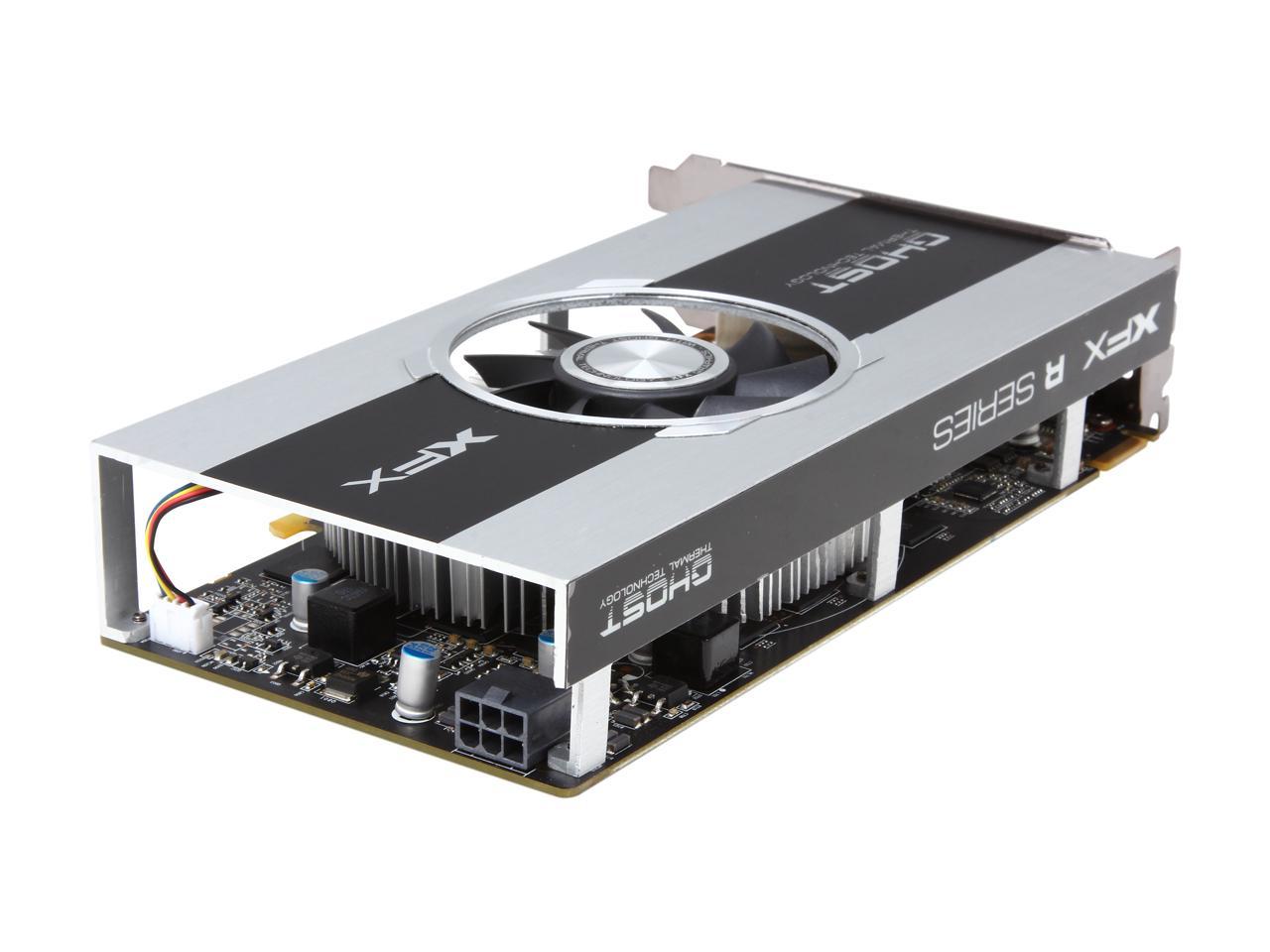 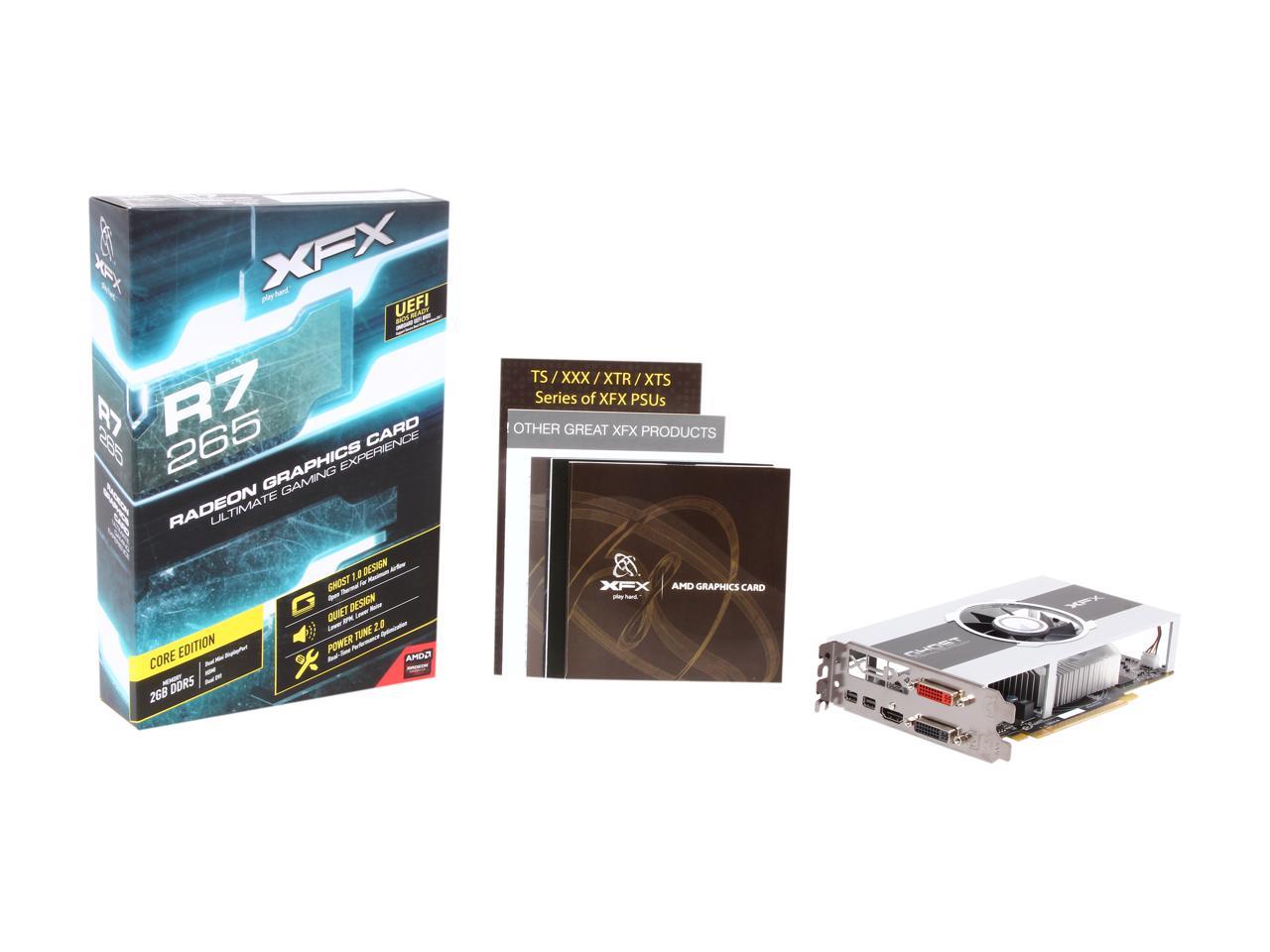 The XFX Core Edition R7-265A-CNJ4 is powered by AMD Radeon R7 265, the latest AMD GPU designed to take your gaming to the next level. Based on AMD generation GCN architecture and boasting support for DirectX 11.2, the Radeon R7 265 is built to play the very latest games with perfectly smooth action even at higher resolutions. New AMD Eyefinity Technology allows you to build three-monitor environment through just two DVI and one HDMI ports, without connecting DisplayPort which is required in HD 7000 series. AMD PowerTune technology redefines the nature of performance, giving you the performance you need when you need it. A rich set of AMD innovative technologies are included, such as App Acceleration, AMD ZeroCore and AMD HD3D technology. With these technology advancements, you'll get more than one way to elevate your gaming experience.

This XFX is also built with XFX Ghost Thermal technology for efficient and quiet cooling, and XFX Duratec professional grade components that ensure unbeatable durability and reliability even in harsh working environments.

Pros: Quiet, nice performance on ultra settings for most games (Shadow of Mordor being the exception since it needs an insane amount of VRAM for ultra.) I'm really not sure why people complain so much about AMD drivers. I went from the WQHL drivers to the new OMEGA drivers and neither gave me a single problem. I suspect user error and/or other hardware issues.

Cons: I wish I had bought a better performing card to future-proof my PC since the new games are requiring better performing hardware to run ultra settings; but still, for the price you can't beat this card (I did get my rebate btw). For a budget gaming rig this is an excellent choice, but I recommend choosing a case you can install at least 3 fans.

4 out of 4 people found this review helpful. Did you?
Manufacturer Response:
Hello, Thank you for your review. We appreciate the feedback. If you have any issues, please contact us and let us know so it can be resolved quickly. XFX Support. neweggsupport@xfxforce.com. Play Hard!
Joseph G.
Ownership: 1 month to 1 year
Verified Owner
Works Amazing, Highly Recommend11/8/2015 9:26:51 PM

Pros: Beautiful graphics output, not a thing wrong with it. The detail is beautiful, multi-monitor setup and everything is running smooth.

Overall Review: Can handle 4k beautifully with no problems, would recommend this to anyone looking for a great product at a great price.

2 out of 2 people found this review helpful. Did you?
Manufacturer Response:
Thank you for the review, we really appreciate you taking the time to write it. If you have any questions, please let us know. XFX Support Mark at XFX Neweggsupport@xfxforce.com
Jordan R.
Ownership: less than 1 day
Verified Owner
XFX R7 Graphic Card3/21/2015 2:18:24 AM

Cons: None so far. Just make sure u read the part about it needing a 500 WATT power supply just for the graphics.

2 out of 2 people found this review helpful. Did you?
Manufacturer Response:
Thank you for the review Rednekreeder, we appreciate your feedback. If you have any questions, please let us know. Mark XFX Support neweggsupport@xfxforce.com
Cecil M.
Ownership: 1 week to 1 month
Verified Owner
GREAT CARD9/18/2014 5:32:03 PM

Pros: amazing card was a good up date from an aging amd 6850 card, will play any of my games on max settings... going to buy another one for crossfire

2 out of 2 people found this review helpful. Did you?
Manufacturer Response:
Thank you for the great review, we appreciate your positive feedback. If you have any questions, please let us know. neweggsupport@xfxforce.com. Play Hard!
Brian V.
Ownership: 1 week to 1 month
Verified Owner
Great card.11/12/2014 1:35:54 PM

Cons: Only issue I had is that Windows 7 didn't see the card as new hardware after I installed it. Not sure if that was the card or my machine. I ran the driver and software installation and it worked just fine.

Overall Review: This card is good quality that gives great return without breaking the bank.

1 out of 1 people found this review helpful. Did you?
Manufacturer Response:
Thank you for the great review. We apprecaite the positive feedback. If you have any questions, please let us know. XFX Support neweggsupport@xfxforce.com.
Timothy L.
Ownership: 1 week to 1 month
Verified Owner
Memory cooling problems10/5/2014 1:22:50 PM

Pros: Seemed like a good deal. Normally would prefer a lower cost of game bundles I don't use, but this time you could get a ship for the Star Citizen game out of it which pushed me over from getting another Nvida card. XFX has a good rep and life time warranty on their cards.

Cons: Had concerns about the cooling on this card. While every other modern card has a big heatpipe sink that cover most of the card and a large fan, this has a small standard heat sink and small fan. While watching a twitch stream I started getting a hot (not burning) dust small followed shortly by graphic glitching. GPU was ~60c according to 2 programs. But it failed a memory test. Seems that fancy but wimpy heat sink does nothing for the ram which need good cooling also. Also noticed strange slight bluring of text when scrolling text in the catalyst control center right after installing the card. Blur would last a 1/2 second on text that scrolled into view. Also noticed slight full screen blur in certain cases in a game that others said they didn't get.

Overall Review: I overlooked the small heat sink design because XFX has a good rep. And the price combined with the bundle deal was a tipping point to try ATI again. My GTX560 had died before I saved up enough for a new 9xx nvida card and this was to be a hold over. My last ATI card was an ALL in Wonder I used from an XT through to a 486. Life time warranty don't mean much if it's going to need to go back every month. :(

1 out of 1 people found this review helpful. Did you?
Manufacturer Response:
Hello, We're sorry you had issues with your card. There shouldn't be any blurring issues, and 60'C is considered very low temperature. If its breaches 90'C, that would be of some concern. You may have a driver conflict as well, please contact us at neweggsupport@xfxforce.com for further help. Thank you
Jorge E.
Ownership: 1 day to 1 week
Verified Owner
Great Card!9/24/2014 3:31:23 PM

Overall Review: Cross fire most likely, will give it atleast 90 days.

1 out of 1 people found this review helpful. Did you?
Manufacturer Response:
Thank you for the great review, we appreciate the postive feedback. If you have any questions, please contact us at neweggsupport@xfxforce.com. Play Hard!
Ronald L.
Ownership: 1 week to 1 month
Verified Owner
Do Not Choose This One11/13/2014 7:18:16 PM

Pros: -Runs any game you throw at it at ultra settings with high frame rates -that's it

Overall Review: This was my first R7 256, and at this price point I thought I could not pass it up. One thing you should notice is that the heatsink on this card is TINY-I think my stock Intel processor heat sink is bigger; this one doesn't even have a copper base, its just one little chunk of metal. The fan is small too, and, because of the heatsink, would reach 100% speed while gaming (4500 rpm). Now, I thought I could live with it being the loudest thing in my PC, but even when the fan was 100%, the GPU would reach insane temperatures, up around 90 degrees Celsius. I could probably cook eggs on the side of my aluminum PC case, but I stopped putting the card under load after I noticed this. I had to point a 2000 RPM 92mm fan on full speed directly at it (about 2 inches away from the card) to cool it down, and even then, it still got to 75-80 degrees while gaming. At this point I am surprised I did not get a noise complaint from my neighbors about my PC. I did not have much time to try to fix this problem though because soon, the card died. It quickly went to artifacts and messages that the driver stopped working, to the card not even being able to boot up. This may have been caused by heat, but it should not have happened so fast (a couple weeks). Maybe the card I got was just bad, but regardless, I would not recommend this to anyone exept people with stellar cooling setups and likes to play flight-sims, because your computer will sound like a plane taking off. If you look at it, this card has about the same heatsink size as 750ti cards, except this one is 150 watts and the 750ti is 55 watts. Now, beware for those who do not know this but, Newegg does not accept RMA orders on pagaging that does not have the UPC/Barcode on them. Please note that this card is a good price because of it's mail-in rebate, which requires you to send XFX the UPC/Barcode. I did not know this until I sent it off to Newegg, and now they are sending it back. I would recommend to spend the $20 on a better cooled card.

2 out of 3 people found this review helpful. Did you?
Manufacturer Response:
Hello, We're sorry you are having issues with your card. We would be happy to help diagnose this issue if possible, please contact us. Also, we can fix any rebate issues you have, please let us know. neweggsupport@xfxforce.com