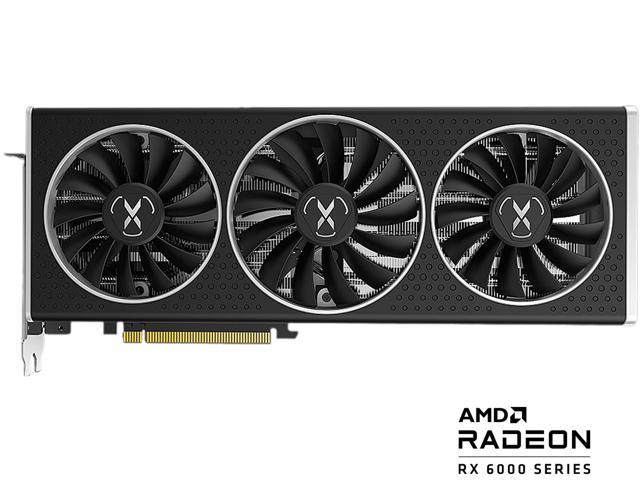 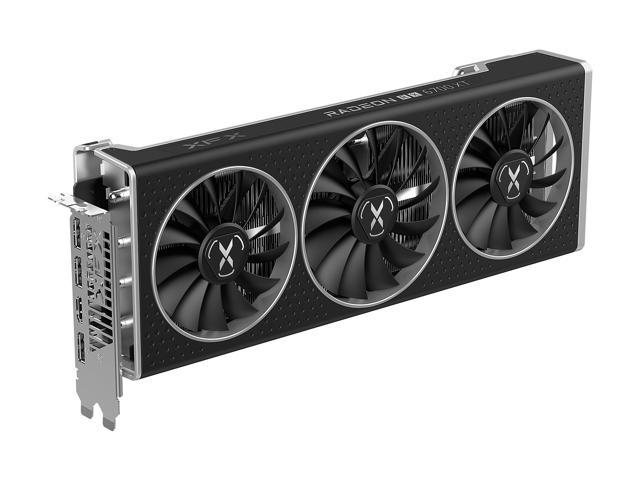 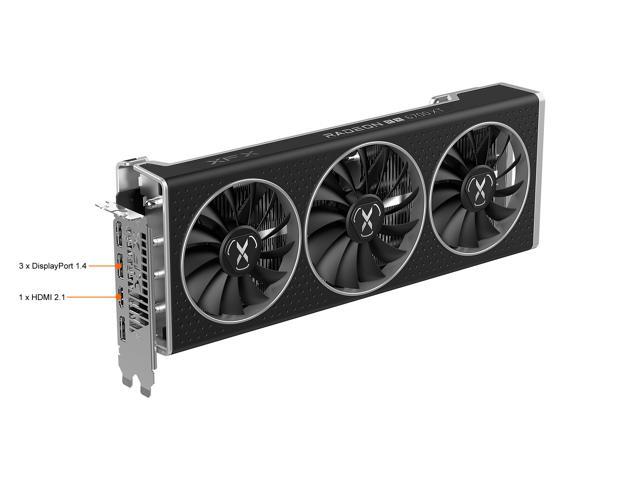 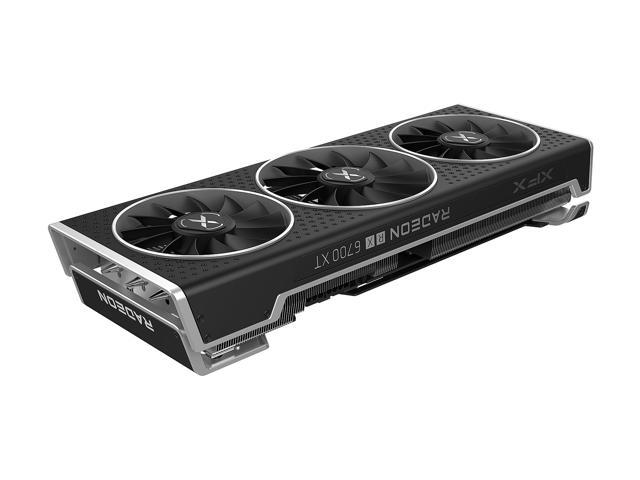 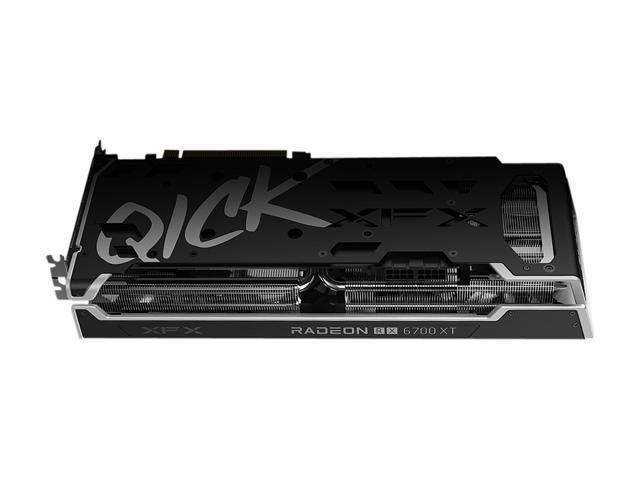 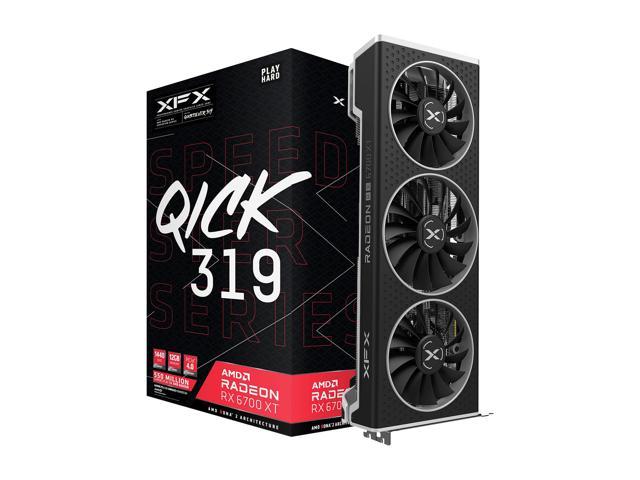 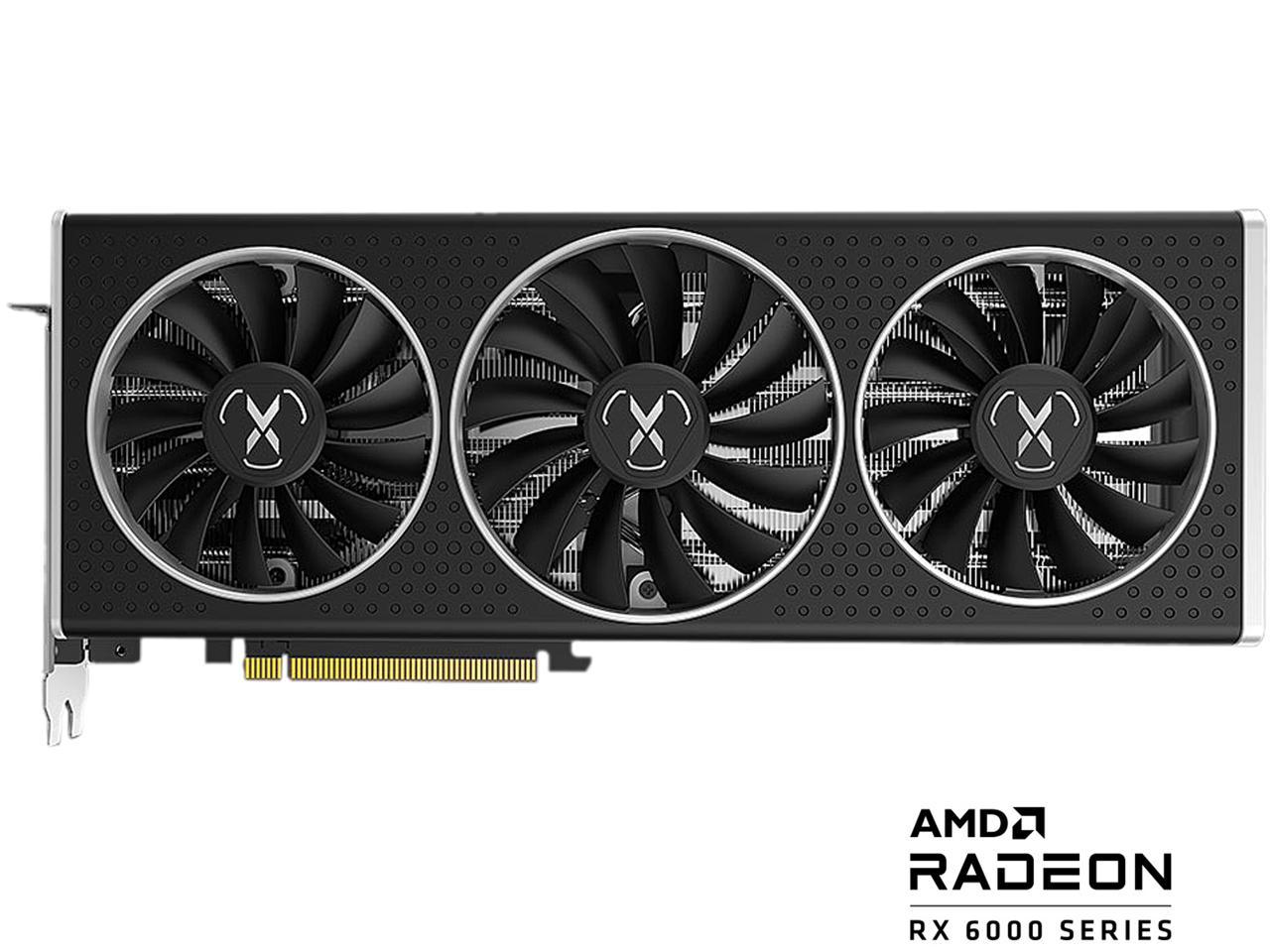 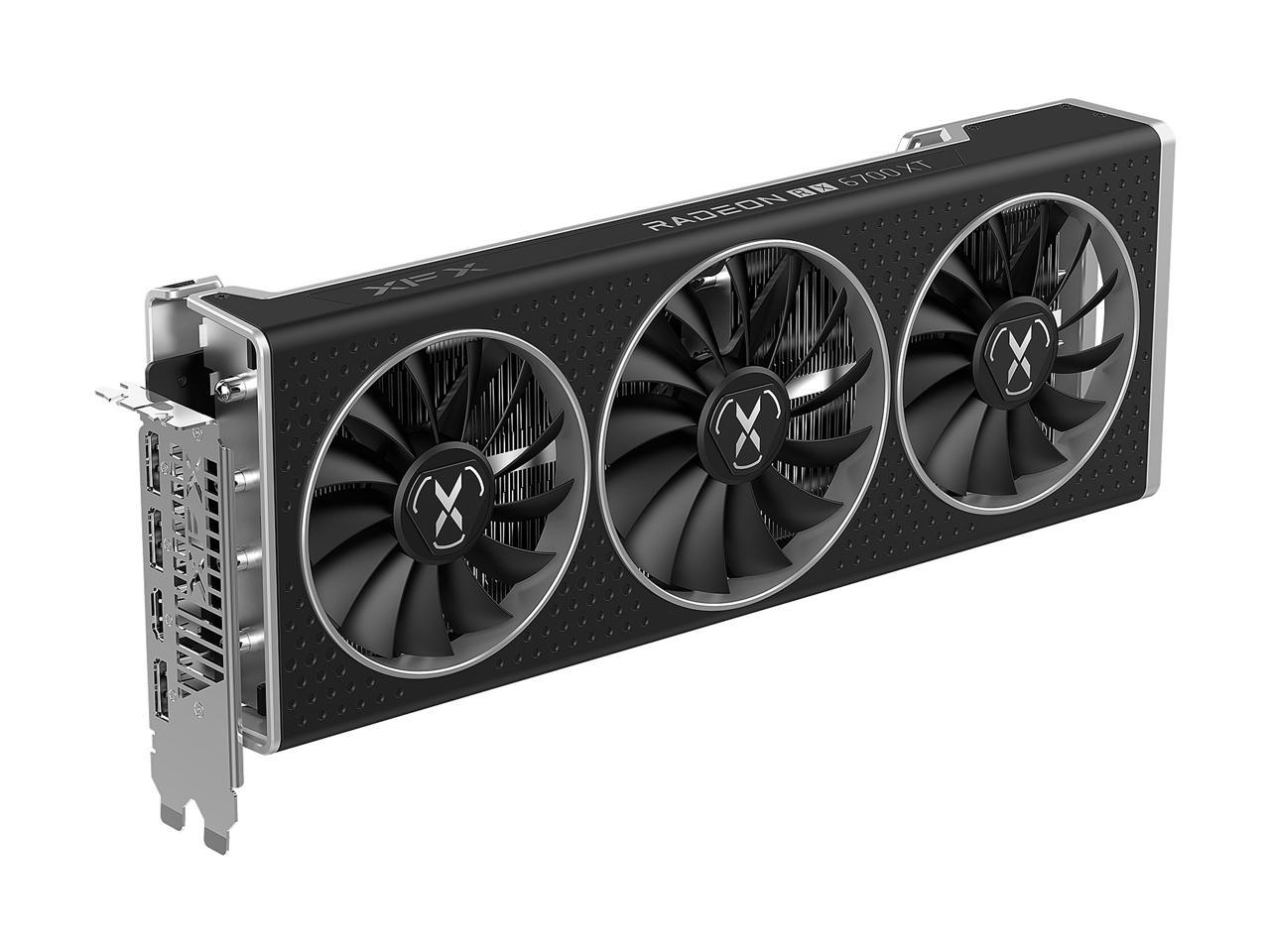 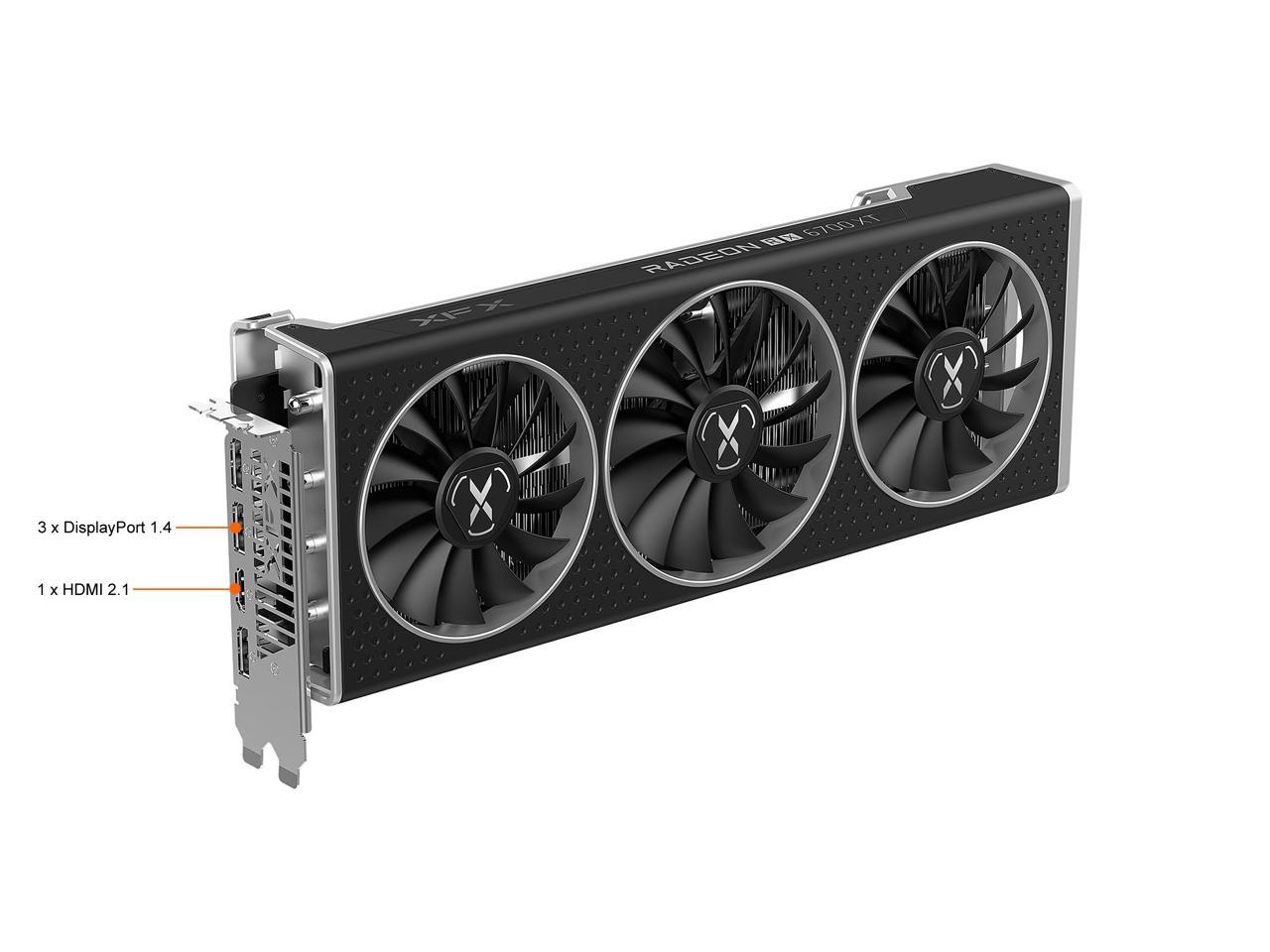 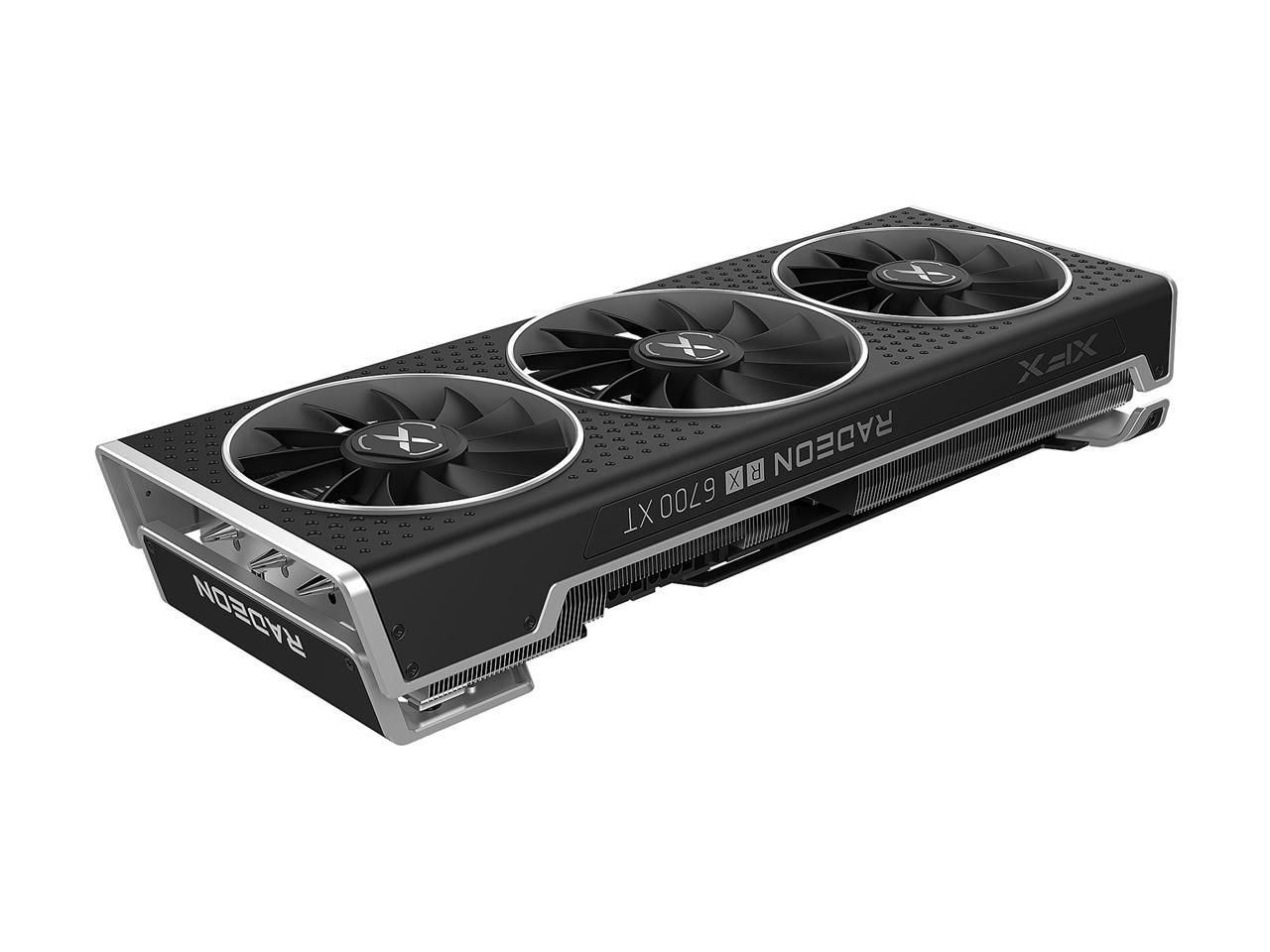 GAME CLOCK, UP TO

BOOST CLOCK, UP TO

Get equipped to play the newest games at the highest settings with 12GB of GDDR6 memory and 40 enhanced compute units delivering 1440p gaming at ultra settings with smooth framerates and maximum visual settings.

Finding the balance between a good looking card and maximizing its performance is an art. Where we could improve airflow, we did it, we opened it up while keeping the design clean and cool.

XFX maximizing the cooling effectiveness of our cards by increasing the number of thermal padding throughout the card. This includes thermal pads on VRM's, Memory, and GPU on both sides of the PCB. Ensuring stable high quality performance.

We know enthusiasts like options, so for our QICK 319 RX 6700 series graphics cards we are offering dual BIOS. Giving a backup BIOS in the case of a failed BIOS update.

The XFX RX 6700 XT is built for high-performance and high resolution gameplay. Experience smooth gameplay performance at 1440p. With support for 8k you are ready for Next-Gen displays. See everything in mind blowing detail without sacrificing performance.

Learn more about the XFX RX-67XTYPUDP

Pros: Great piece of hardware! Wish I could get another!

Overall Review: I definitely would buy another. Works great for gaming!