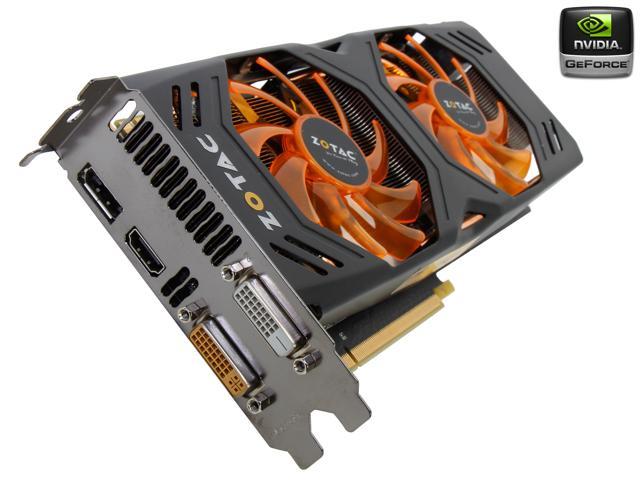 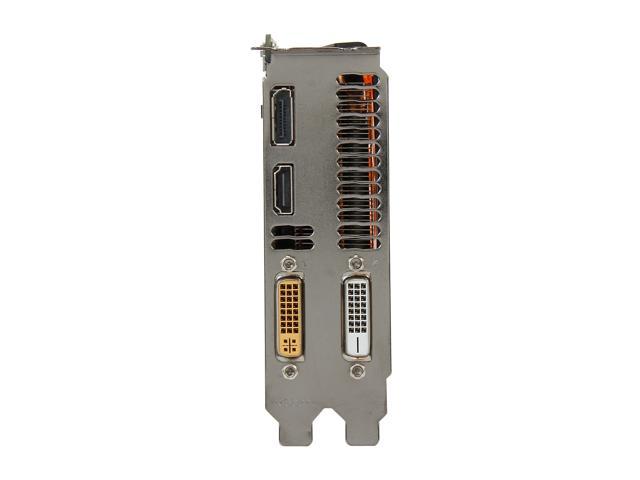 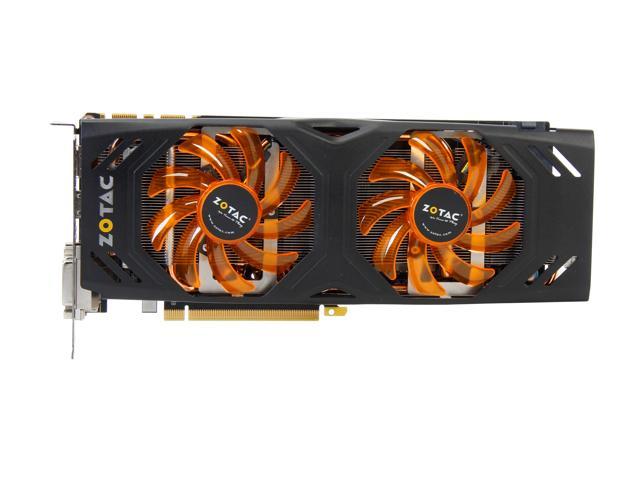 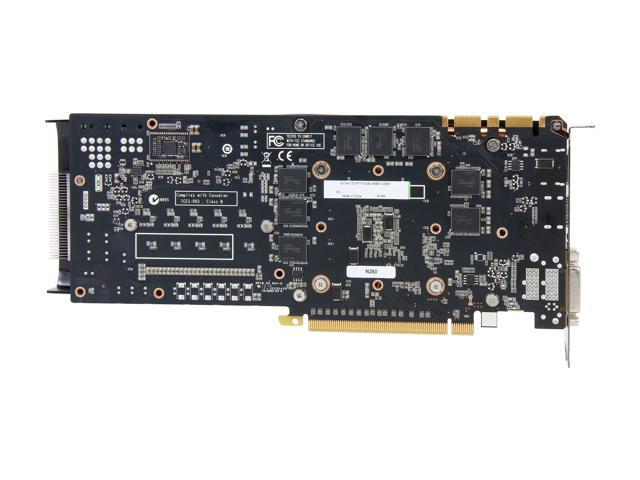 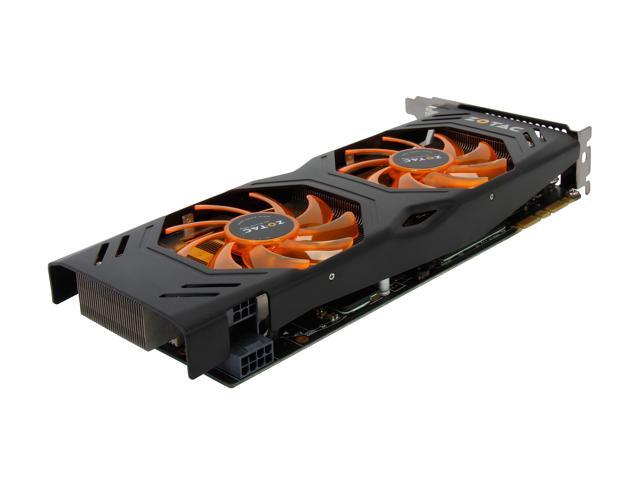 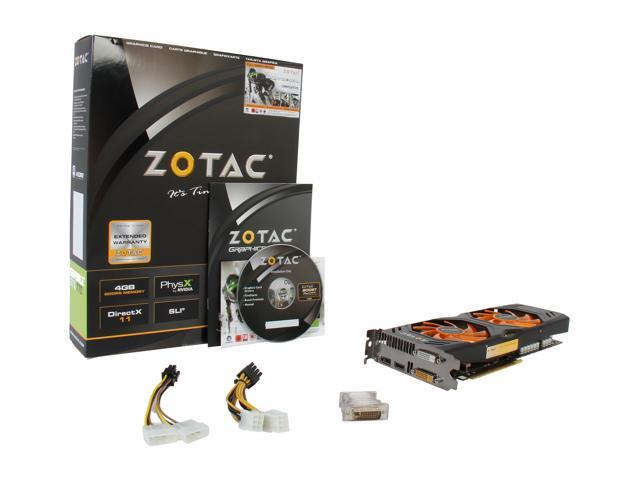 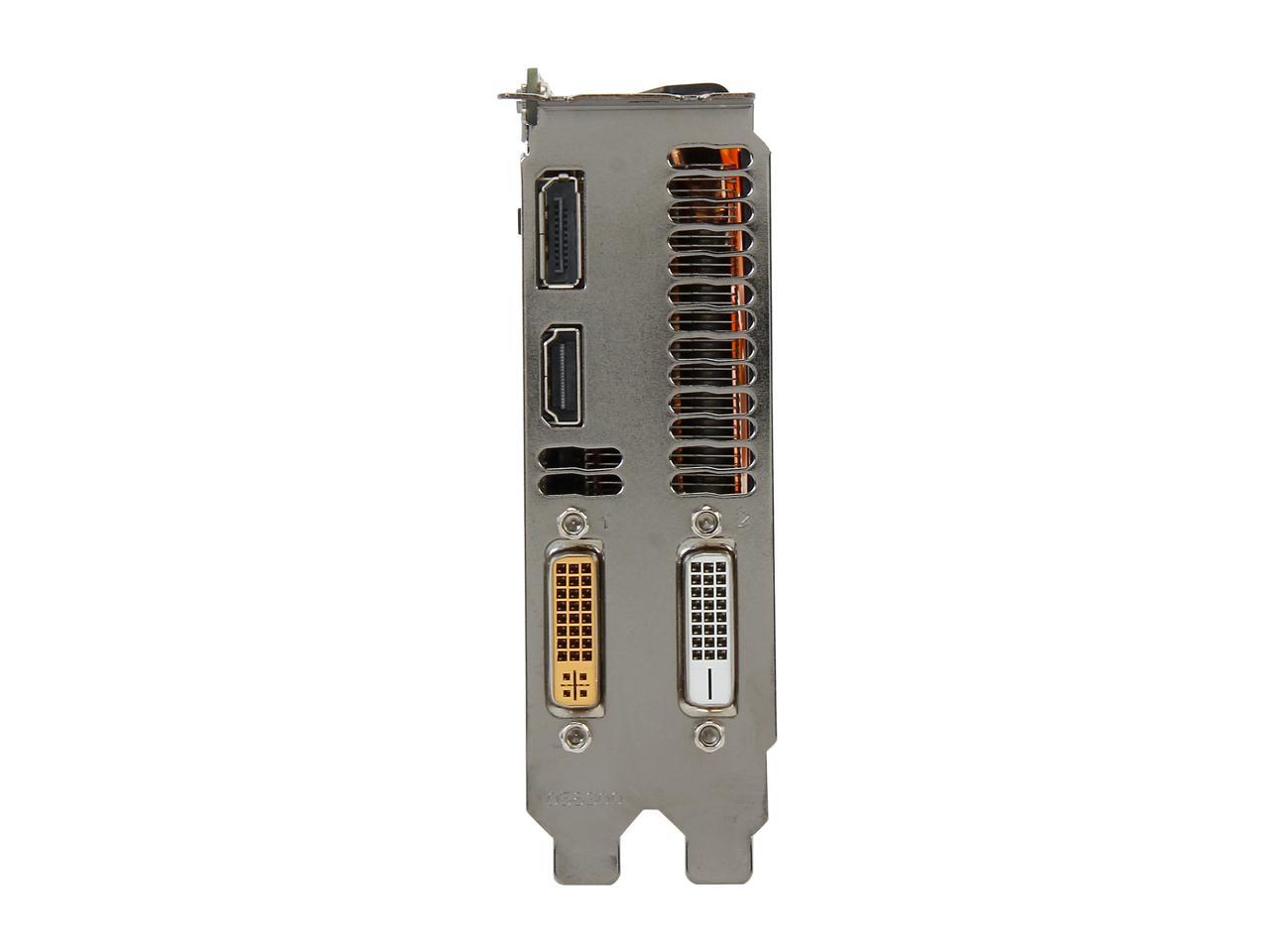 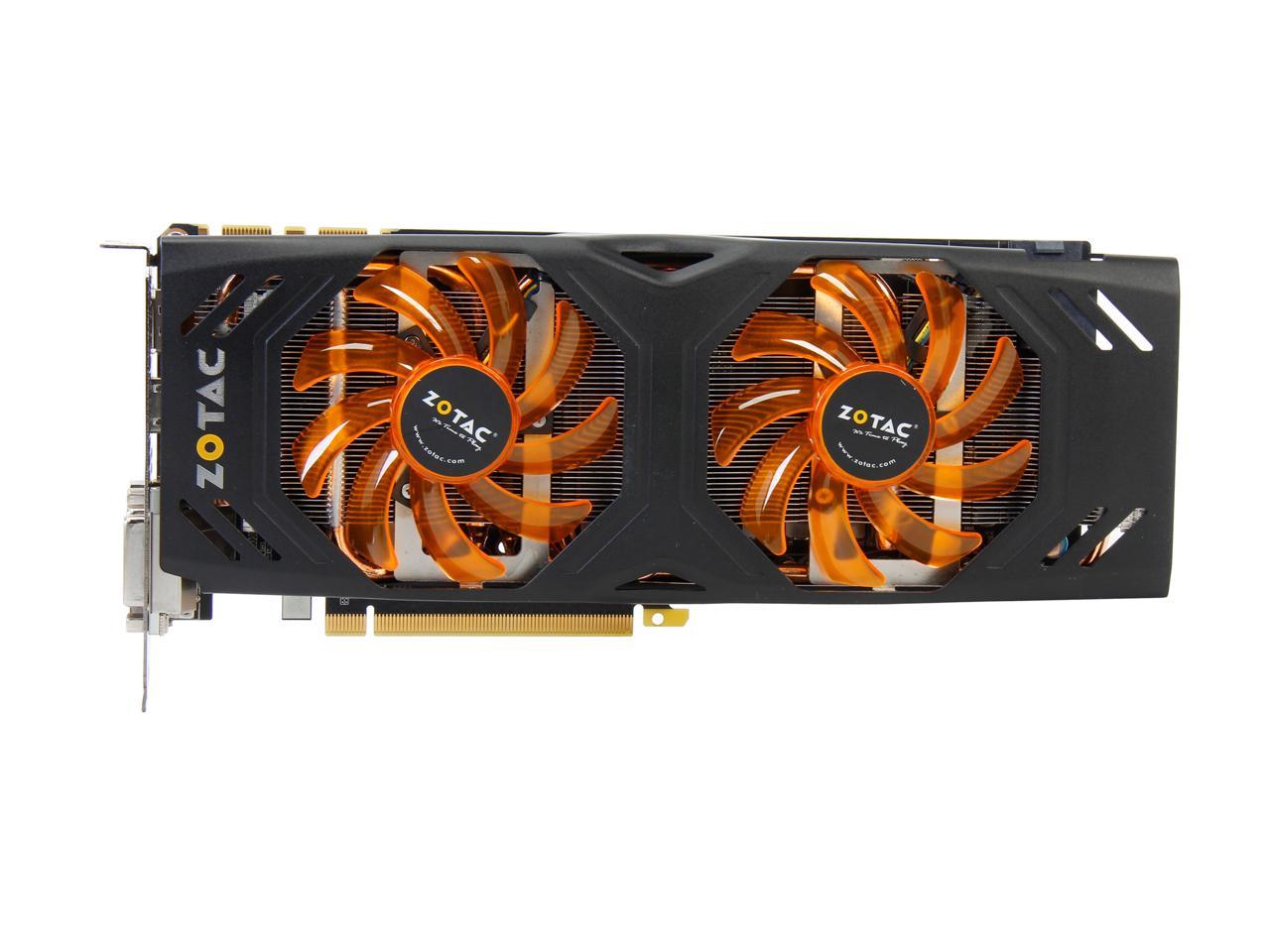 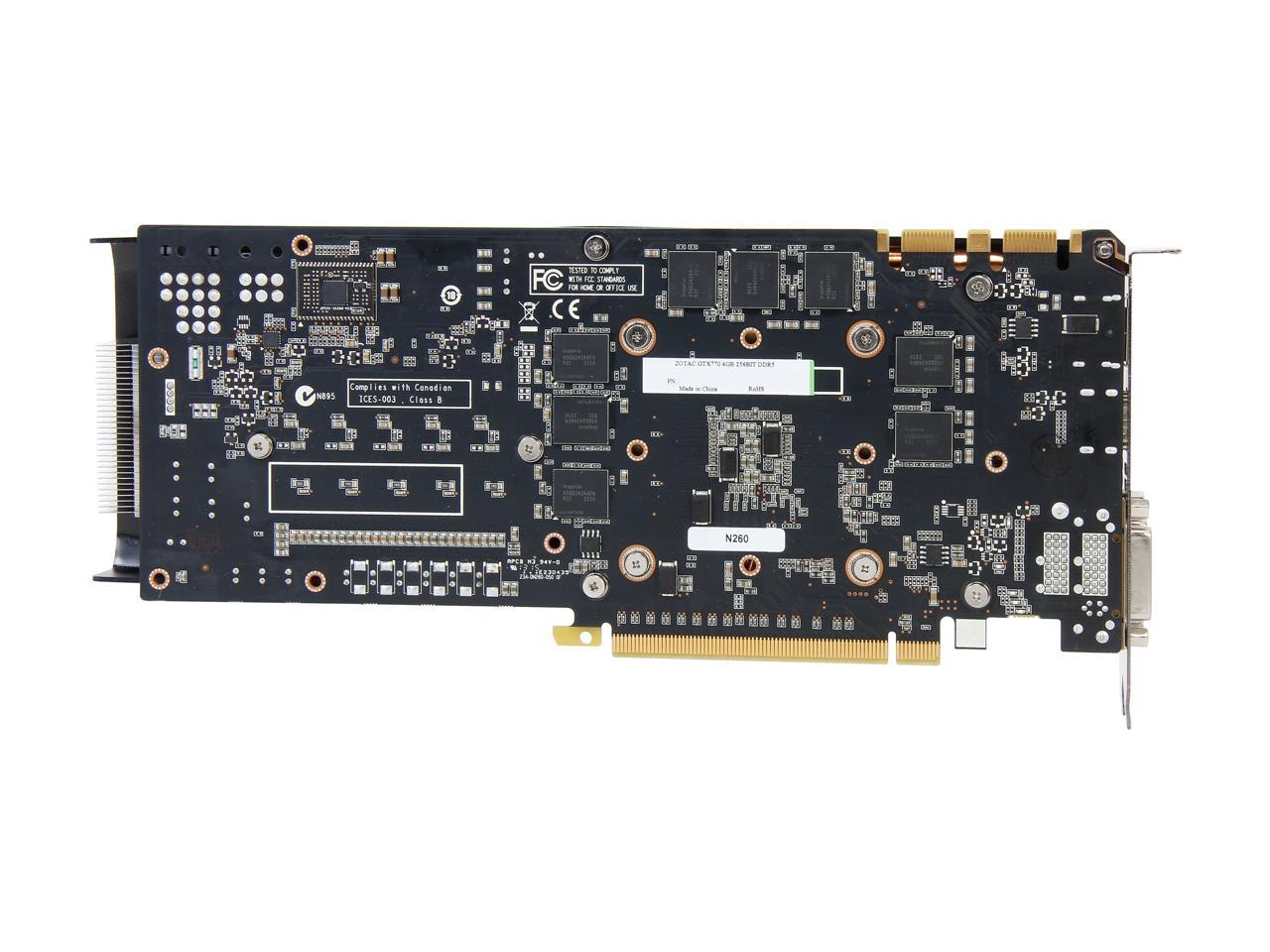 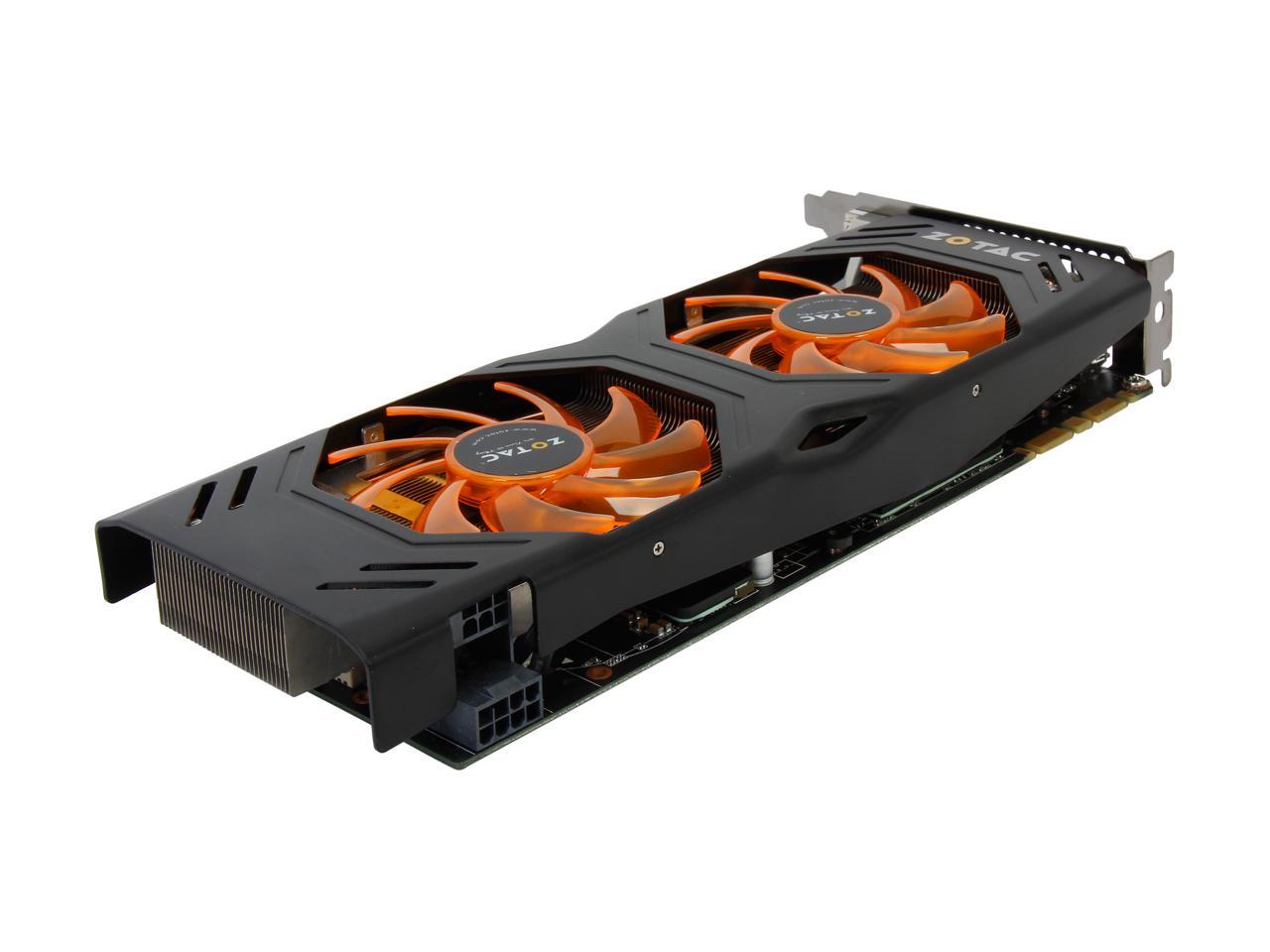 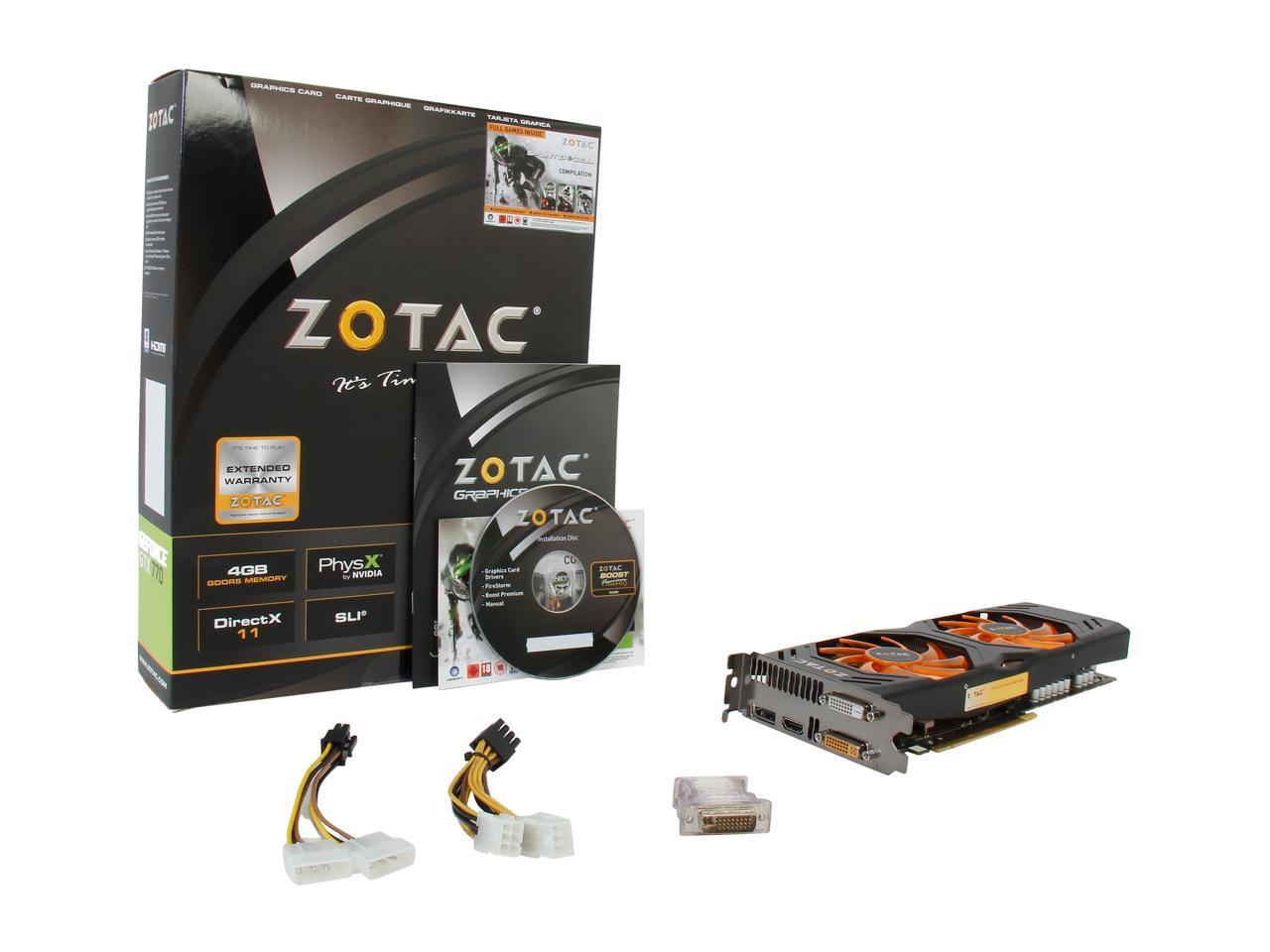 Pros: Whisper quiet. Runs everything I throw at it on max settings. Comes with a bunch of free games (Splinter Cell compilation and Watch Dogs at the time of this review). Nice options for ports (DVI, HDMI, DisplayPort). Can SLI these.

Overall Review: This card replaced two GTX 285s (SLI) and I don't miss them one bit. When gaming on the two 285s, the fans would get extremely loud. It was very annoying. That just doesn't happen with this card. I am very pleased with this purchase and plan on picking up a second one at some point for either SLI or for a second system I have running in the house (which just inherited one of the 285s). Was considering a GTX 780, but I am perfectly happy with my decision.

Did you find this review helpful?
David S.
Ownership: less than 1 day

Pros: None for now

Cons: I installed the video card and in less than 3 minutes a 2" flame was blazing out of the top of the card. Oh my, very scary. I am glad I was next to the computer. It seems no other damage than just the card. One day later and the house still smells of an electrical fire. Nasty

Overall Review: I am a Zotac fan with a 9800GT and my current GTX470, both that still are working perfectly. Hoping this was just a fluke and the RMA replacement will be fine. Using all high quality parts including a Cooler Master 1200 Watt Silent Pro PS. I've never seen such a thing and have had computers since the Intel 80286 days.

Pros: It is what you would expect, out performs my triple sli 1.5gb 580s due to its frame buffer, and at less than a 3rd of the power its a win win. I got the 4gb so I can sli it later down the road and hopefully not run into similar constraints. I noticed a few reviews saying its really big, but it's the same size as my reference 580s, that size has been a very consistent for years. If you have seen a performance gpu in the last few years you probably know how big this thing is. And btw, BF4 on ultra is absolutely smooth and playable (EA glitches aside :p), wheres my 3x 580 setup was not at all.

Cons: Bit of coil whine, I have to listen for it to hear it.

Overall Review: When I installed this card my pc would hang up on my mobo's splash screen, locking out even the bios. My motherboard is a GA-UD3-X79 Gigabyte board but this problem seems to happen for a few different ones. The solution I followed was this exactly, "you have to put your old video card in the system, boot it up and go into BIOS, Set your video display adapter to 'legacy' mode. Then save the settings. Shut down your computer after it boots, put your new gtx 700 series in the computer, and power it back on." and that fixed all of my problems. Thanks to SolusChristus on Tom'sHardware :)

Pros: Dual fan keeps everything cool and quiet. Overclocking allows me to play everything (Witcher 2, Dark Souls II, Skyrim, etc.) maxed out at 1920x1080. Future-proof for the next couple of years.

Cons: Bulky; not suitable for small or cramped pc cases. 4 gb isn't super useful at the moment unless you're building an expensive monster rig, but will be in the near future, plus it's only a few $$$ more than the 2 gb version.

Overall Review: If you're looking to upgrade long-term and are casually into gaming (i.e., no 4k 3-monitor setups), then this is perfect. It's $100+ cheaper than the 780, and it comes really close (~5 fps in most instances) to the same performance.

Pros: The card is massive, but fit in my case well, gave me a 55-80 overall fps gain, And made the graphics extremely crisp. I'm going to test apb reloaded which is a game i love but never got to be really good at because it eats fps for breakfast, I'm updating it and then im going to test this card out for that game.

Cons: a little big, but nothing to complain about.

Pros: High Quality packaging, free games: Splinter Cell, Watchdogs (via e-mail pre-order it comes out 5-27), very quiet dual fan (even under load) with copper pipe heatsink design.The clear orange fans with black cover and alloy heatsink look Zotacily delicious. Easy to plug in power if you have the proper modular PSU such as a Corsair AX series. Unbeatable for the price and Zotac is awesome, I prefer it over an EVGA. With the PCI-E 3.0 and the 4GB 256-bit you can't go wrong. Anything else I forget? SLI?

Cons: Can't think of any cons... you may need to throw in a extra fan or two or modify the cooling if you want lower temps, but I tested it and really had to push hard to reach 43C temps on the GPU.

Overall Review: I was really surprised how nice the quality of the packaging, how nice the box it came in was you can really see Zotac is dedicated to the nVidia GeForce gamer, they don't even fiddle with any AMD chips. Pair this with a i7 on a z87 mobo so you get proper PCI-E 3.0, if you're going 4K monitor you will have to SLI. When it ships you get Watchdogs code, and when you receive it, you will probably find a Splinter Cell code with the documents. Can't emphasize this enough this card is QUIET like most Zotac cards that use these type of fans.

Pros: Great card for its money, replaced it with my HD 7970 and i can say it is an upgrade Fast and really quiet temperatures are great idles at 28C - 30C, under heavy load 60C - 65C Newegg threw in Batman AO with it and Zotac gave me three Splinter cell games

Cons: card is really big and that makes it easy to bend on the end where Power connectors are, just be careful with it and read the measurements or you will end up modding your case like i did