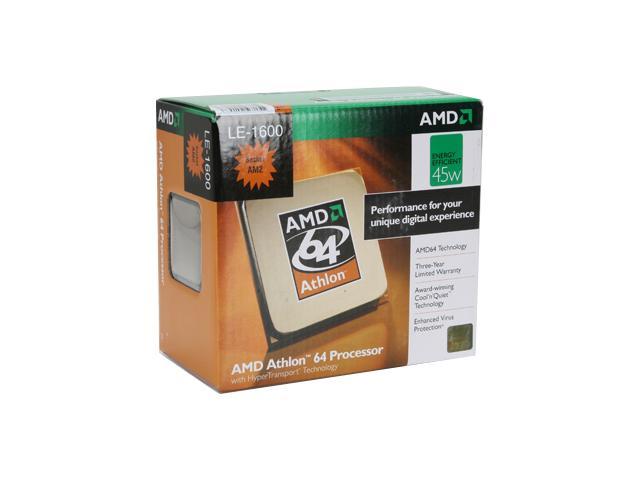 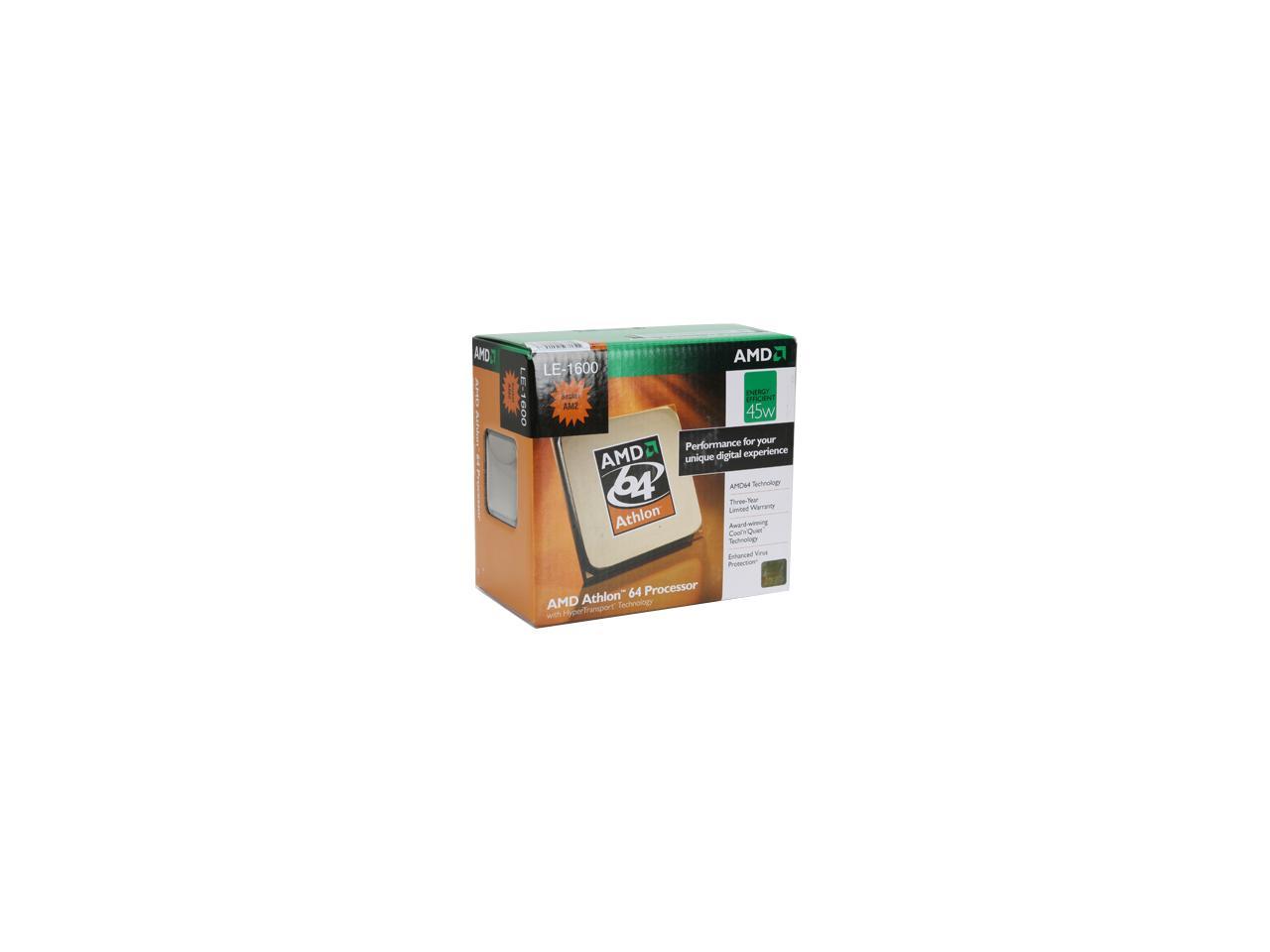 (103) Write a Review
OUT OF STOCK.
Specs
Reviews

Cons: None. Not just saying that...seriously...none.

Overall Review: I would imagine the 1620 can get a little higher as far as overclocking that the 1600.

Overall Review: was looking for upgrade/replacement for 2 gig celeron. installed machine is used for web browsing/email/word processing and light games.

Pros: Installed this Processor in a Asus M2V-MX Mobo with 2 gigs of Kingston memory and this thing is awesome for the price to performance ratio. I added a 800XT GC and it blows away my old P4 2.4 gig and my athlon64 3400+. It loads everything common to the other PC's 2x's faster. It doesnt come close to my E6850 Rig but Im very impressed.

Cons: How could anyone put a con on a $39.99 processor that can run with the big dogs?

Overall Review: Ive built all my pc's and all my friends pc's as well. For a budget build AMD keeps doin the right price/performance options. Intel has the performance but not the price. Intel is charging $60+ for the same performance. Im not a fan boy of anything but Intel needs to lower prices. NEWEGG IS BY FAR THE BEST. UPS ground needs a swift kick in the ***.

Pros: O.k. to those that understand the concept of overclocking, this will be beneficial: WOW! This thing overclocks like a MONSTER! Low wattage requirenment = low heat = more overclocking potential! Stock, this thing puts out a beefy 2.2GHz at 17 degrees C! Well, after a couple days messing with the settings and running it overnight (over 12 hours) and running 3DMax '06 (benchmarking program) it is now at a still-cool 37-40 degrees UNDER HEAVY LOAD!!... guess how fast it runs now? 3.2GHz and without even breaking a sweat!! WOW! 45% overclock on an OEM FAN/HEATSINK AND IT STILL RUNS COOL!! Did I mention that this is probably the best bang for the buck, PERIOD?

Cons: None!... is being too inexpensive a con? hehe

Overall Review: I am using this in a friend's econo-performance build, and for just slightly over $200 for the whole system (just the tower) this is by far the best computer I could have built for him! All thanks to this processor. I am also using the new Biostar TF7050-M2 motherboard. That thing is getting a good rating also (even though the onboard graphics card is underpowered... still cheap, still overclocks well, has a PCIeX16 port, and even supports the latest and fastest dual core processors... not sure if I want one after getting this processor, though!)

Overall Review: I would still recommend a Brisbane X2 3600+ or 4000+ if you have a motherboard that can overclock. Both the Brisbane 3600+ and Brisbane 4000+ can run stable over 3.1 GHz plus you can enjoy the performance of a dual core for only a few dollars more.

Pros: Very cool running processor. The stock fan even stops periodically while the heatsink remains cool to the touch. Used this in a build for a friend and with the 1 mb cache, it runs everything well for a single core unit. If you value a quiet pc, you won't go wrong here.

Pros: speeed 1mb of cash and most of all the price

Cons: none that i can think of

Overall Review: powerfull enough to run vista ultimate under medium loads a;thou was slightly short when it came to 64bit ultimate but overall i would say this is a good buy !!

Pros: First Newegg reviews are great. I found other people had used this CPU for Ubuntu (I try to stay away from MS products when I can, Firefox is better than IE, Windows or Linux) I wanted to build a quiet energy efficient internet box. One of the reviewers mentioned that this cpu has a 1 meg L2 cache, which is larger than that of the Semprons. So for about $6 more I got at least twice the cache and a slightly faster CPU. Running Hardy Heron I put the cpu scaling in the task bar along with the lm-sensors. You can watch the cpu go from 1ghz at idle up to 2.2 ghz. The heat sensors show a slight rise in temp. This thing idles at about 104F, it feels cool to the touch! I'm running this in a room that's 79F to 81F. I find that fantastic. That's with the standard heat sink and fan that come with the cpu (which I think you have to buy if you buy a Sempron). I've also used hardy 64bit which seems to work just fine. I don't compile or game so I don't see much of a speed difference in normal use.

Cons: None that I can think of. I wish companies would recognize that there are more and more Linux users and make it easier for drivers, upgrades and utilities. (this has more to do with my mother board than the cpu)

Overall Review: For under $100 for a cpu, mobo and a gig of memory (I had a box) I have a cool and quiet system that is using a fraction of the energy that my P4 running windows does (I hope). Yup, I use windows for Photoshop, but that doesn't mean I have to surf on a big machine. My next purchase from Newegg is a Kill-A-Watt energy meter to find out just how much electricity my system do use.