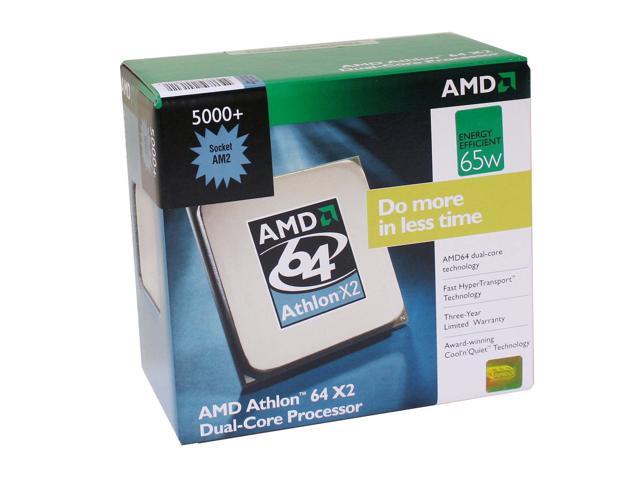 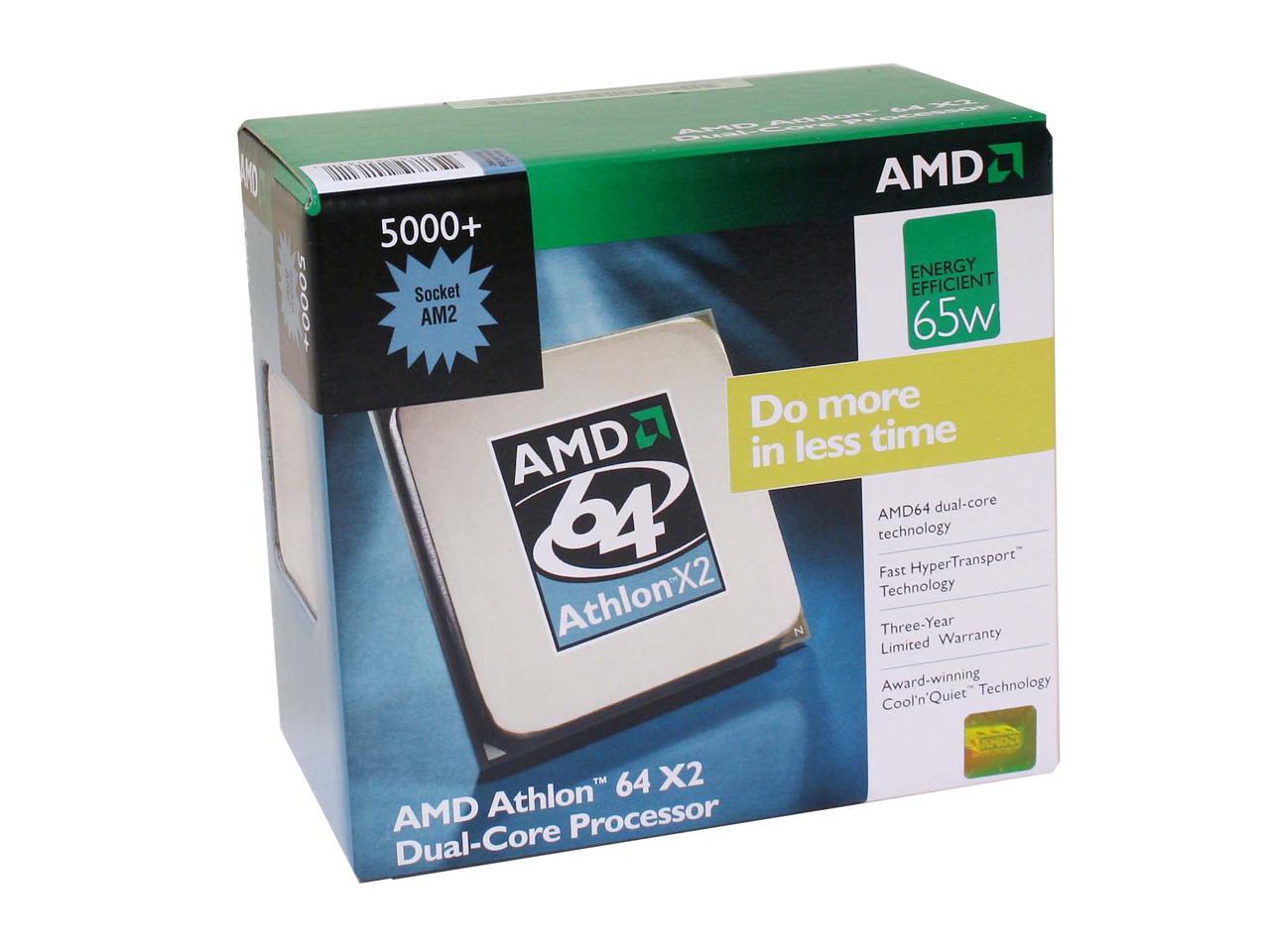 (15) Write a Review
OUT OF STOCK.
Overview
Specs
Reviews
Throw another day’s work on the barbie. The Athlon 64 X2 5000+ Brisbane makes it easy. With 2 2.6GHz cores that have their own 512KB cache you have the power to do anything you want. HyperTransport technology increases system performance by giving each core a dedicated cache of memory and reducing I/O bottlenecks by increasing bandwidth and reducing latency.
The 64-bit design keeps you going now and into the future. The AMD64 technology is compatible with existing software and enables a seamless transition to the 64-bit applications of the future. This technology allows end users to take advantage of new innovations such as real-time encryption, more life-like games, accurate speech interfaces, cinema-quality graphic effects, and easy-to-use video and audio editing.
If you are going to use this processor at home, it can be the basis of a media center with AMD Live! technology. This new feature from AMD will turn your PC into an entertainment platform second to none. Watch videos or TV in one room while streaming music into another. Your system will become a true media center with music, movies, and photos all organized and able to be shared amongst all of your connected equipment.

Pros: Shipped from newegg quickly and arrived in pristine condition. Works like a charm.

Cons: It runs a little warmer than I expected (45C-50C) considering it is 65nm. I'd recommend an after-market heatsing/fan.

Pros: Very nice! Its fast enough to run all my games and whatever else I need, and I overclocked it from 2.6GHz to 2.925GHz using stock cooling.

Pros: Quick and cool this cpu rates well with windows vista and installed with no problems and the heatsink will do the job fine being as this is a 65 watt.

Overall Review: AMD has never let me down and this bang for your buck with this processor is great. Gets a better vista rating than my e6300 that cost more than this did

Pros: Recently received my processor, works flawlessly so far, i got this one because of it being 65nm vs the 90nm and its the fastest one AMD makes so far. lower power consumption is nice suppost to run cooler also.

Overall Review: Great buy if your looking for something pretty fast and well priced.

Pros: Currently, AMD offers the best price/performance, which was my reason for buying. I also wanted something energy efficient and cool, so I picked up the fastest Brisbane available- the X2 5000+. It runs amazingly fast and cool (under 30C most of the time).

Overall Review: Overall, this chip was the best bang for my buck. I'm very satisfied with this purchase.

Pros: Unimaginably fast compared to my old A64 3000+.Insanely powerful for an excellent price

Overall Review: Get yourself a large heatsink for this thing

Pros: This thing is super fast installed my linux in no time and man i know linux runs fast but this is even better than what i expected

Overall Review: if your thinking about upgrading this is well worth the money time anything you can think of to do it

Pros: Running at stock clocks with stock cooler. I did remove factory thermal paste however and replaced with Arctic Silver 5. Idles at 32C and have yet to see it go above 51C. I upgraded from 3200+ Windsor on DFI mobo single channel RAM DDR 400 to this chip on MSI K9AG neo2 with dual channel DDR2 800 and what a difference! Would like to see how well it overclocks, but my mobo is verrry limited on OC options.