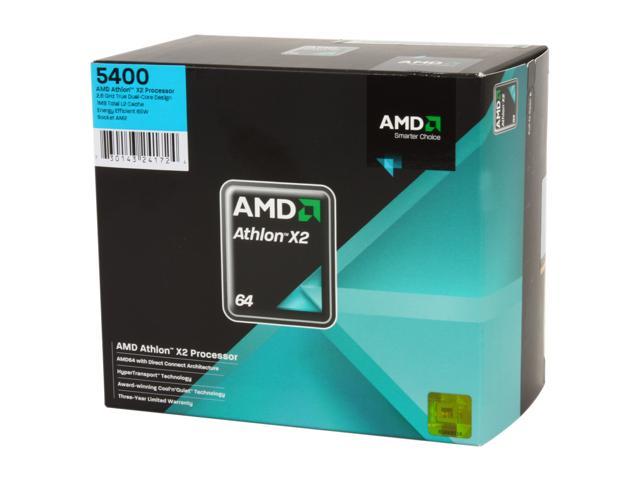 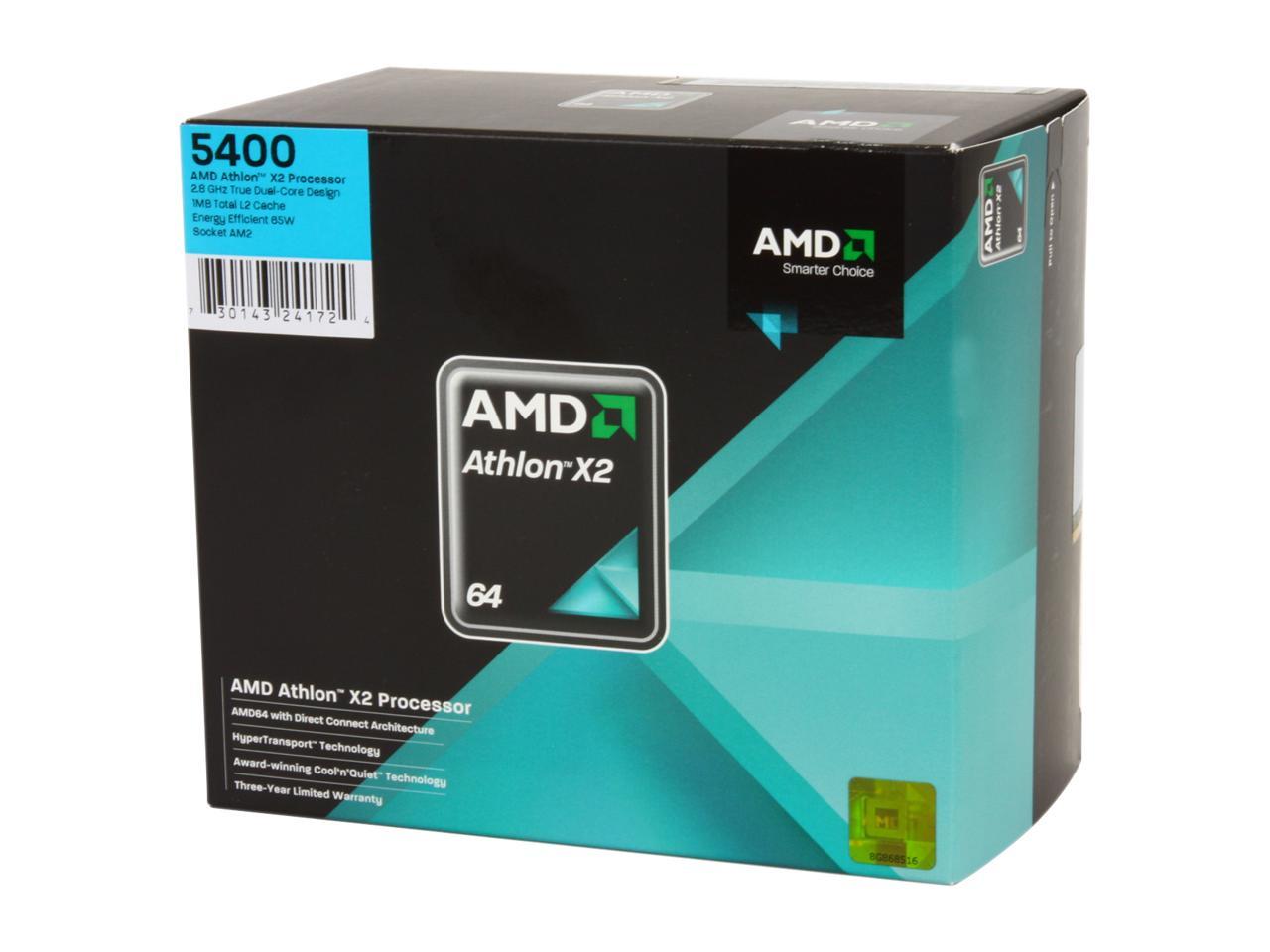 Pros: Very fast (for me) and balances load between the two cores. The stock fan is very quiet. This is my second AMD processor with a stock fan, and unless you overclock it is good enough.

Cons: It's not the fastest thing out there.

Pros: AMD processors are a genuine steal for the cost! From what I can gather, this 2.8 GHz dual core runs at the highest speed (400 MHz) in AMD's 65W architecture CPU class. This CPU can run in 32-bit and 64-bit operating mode. Have built 4 PC's with this CPU (and the mobo and memory listed below). The 5400's stock heatsink and fan worked very well cooling this CPU despite previous negative comments. I do not overclock my CPU's, run resource-hogging games, or, purchase high-end cooling solutions. I only main-stream compute. In my "bumble" opinion, AMD knows what they are doing matching their cooling solution to their processor. My PC's temps prove as much. Bottom-line: This dual core son-of-a-beaver screams, and, is really cool!

Cons: The "con" is: that the 2.9 GHz AMD 5600, benchmarks slower than the 2.8 GHz AMD 5400. But, don't lose sleep over minor clocking issues. The speed difference is imperceptible in general computer usage and measurable only in benchmarks. The price of the 5400 and 5600 are currently the same.

Pros: Upgraded from the athlon 64 x2 4200+ and this chip did improve my performance. With the old chip the windows score was 5.0 and with this the score became 5.3.

Overall Review: for 87 bucks you sure can't beat the price.

Pros: Easy to install. Works wonderfully in my Dell E521 which originally had a single core Athlon 3200+. A low price upgrade that runs faster and cooler.

Overall Review: Added two 1Gb DDR2 800Mhz memory sticks to spice it up a bit more. Dell originally shipped with one stick of 533Mhz. So it wasn not taking advantage of the DOUBLE data rate memory capability.

Pros: I have had this processor for around a month or so, and for my first build, this was the perfect processor. I haven't had any trouble with this CPU, and I would recommend it.

Overall Review: Perfect for a first time build, and you can't beat the price.

Pros: My first from scratch build. Process and included heat sink were a simplet plug and play in ASUS M3A-H/HDMI mother board. Good perfromance (big step up from AMD 3500+ single core) and resonable power (love that 65W). Running bench marks neve saw over 50C with stock HSF in Lian Li PC-K7B case. AMD is great. Nice upgrade path to higher performance processors with AM2+ socket if I want to in the furture without obsoleting any other equipment.

Pros: fast and really quiet. it works with every game out there such as GTA IV. It's super easy to install and the heatsink comes with a fan attached to it.

Cons: None, unless you hate cheap, fast, efficient.

Overall Review: Was paired with Asus M2A74-AM, which supports CPU virtualizaton as well. All in all, I got what I needed. With 4 GB of Corsiar RAM and a PSU, I was able to use a case and HD from the shelf and put a virtual server up in 30 minutes, for under $200. Easily running 5 guests, with room to spare. Thanks.