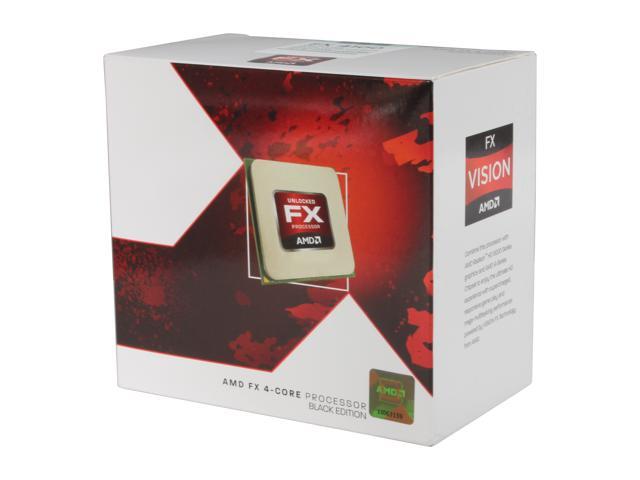 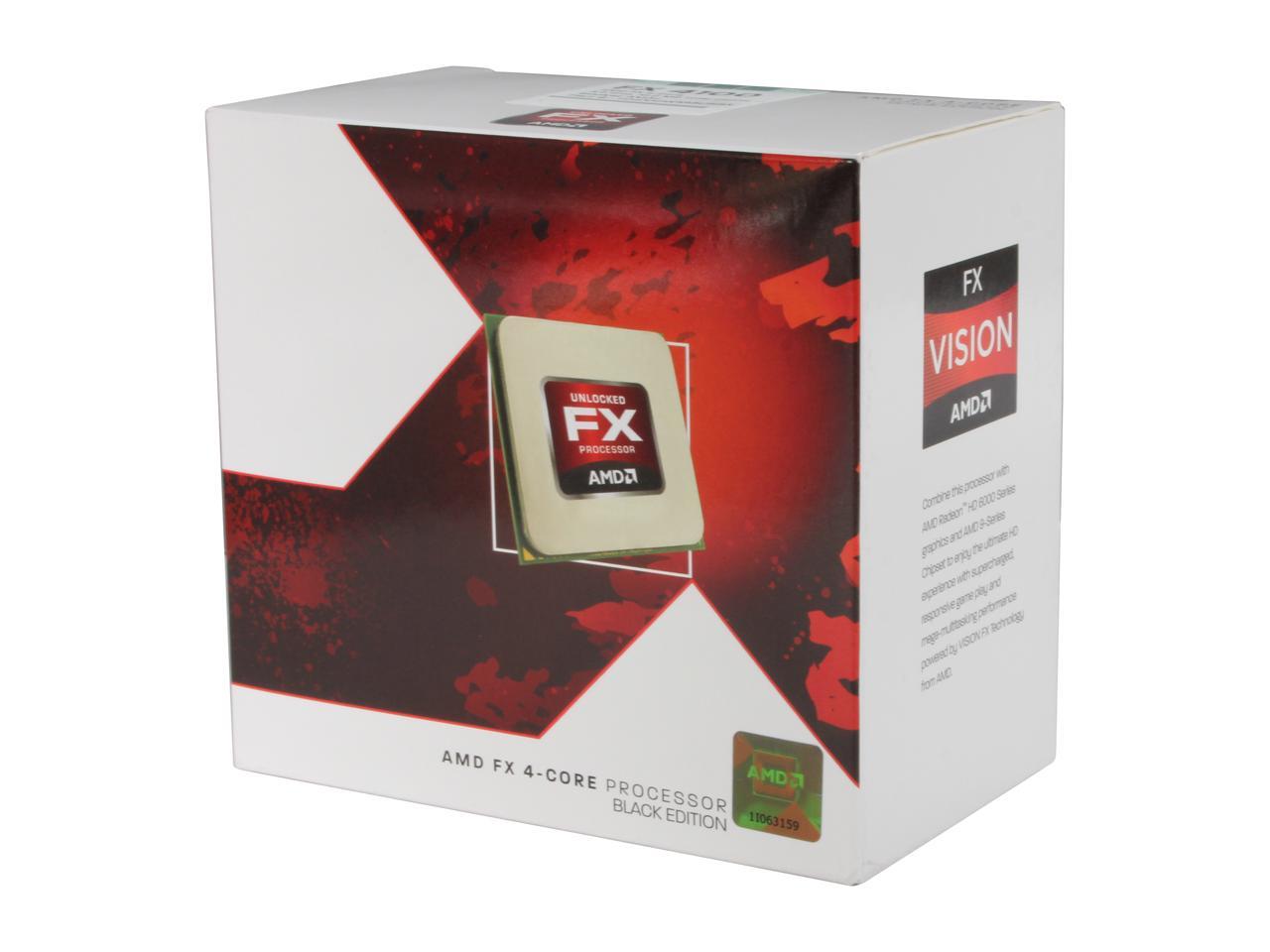 This means that the product has been opened, possibly used but is in perfect working condition with no signs of cosmetic or functional defect. Product may includes warranty, and accessories found with the original product. Product may or may not be in the original packaging. Returned items with minor packaging defects fall under this category.
100% Tested Well Before Shipping! Without Original Package! (Comes with CPU only, no cooler)
See more "amd fx"
In stock.
Ships from United States.
Overview
Specs

Unlock and load. Blow away the competition with the unrestrained power of an AMD FX processor. Experience unmatched multitasking and pure core performance with the 32nm 4-core desktop processor. Get the speed you crave with AMD Turbo CORE Technology to push your core frequencies to the limit when you need it most. Go beyond the limits of maximum speed with easy-to-use AMD OverDrive and AMD Catalyst Control Center software suites*. But the best part of all? You’ll get all this impressive performance at an unbelievable price. You’ll be asking yourself “what competition?” in no time.

Combine an AMD FX CPU with an AMD 9-series chipset motherboard and AMD Radeon HD 6000 series graphics cards to create the AMD “Scorpius” platform. Get lost in the action with ultra-responsive gameplay and insanely lifelike HD powered by VISION FX Technology from AMD. Overtake your rivals with the raw power and superior performance of an unlocked CPU*. Immerse yourself in an accelerated HD experience with AMD Radeon GPU and Microsoft DirectX 11 capable graphics. *Note: AMD’s product warranty does not cover damage caused by overclocking (even when overclocking is enabled via AMD Overdrive software).