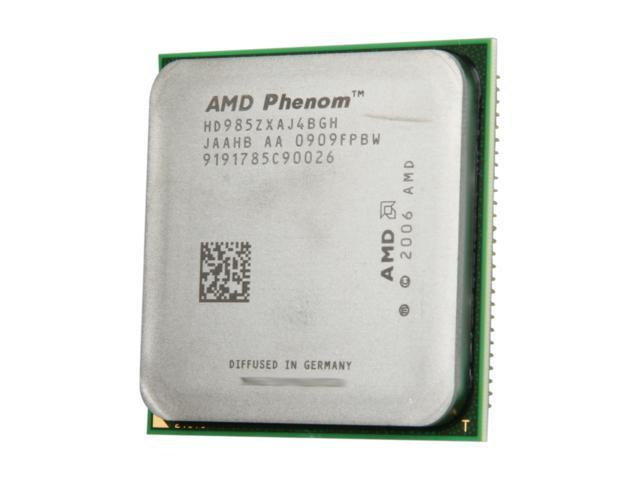 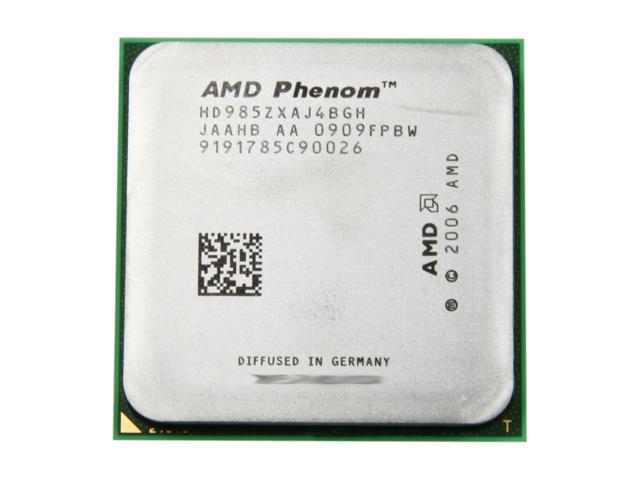 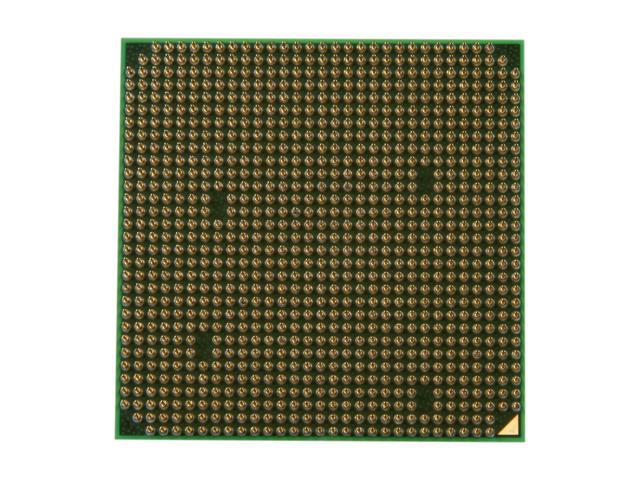 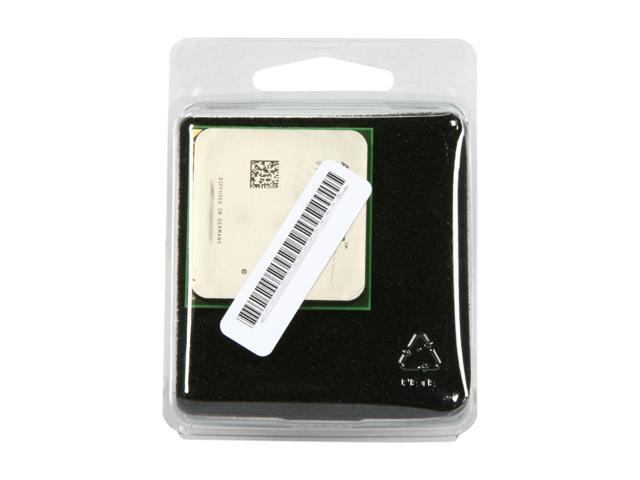 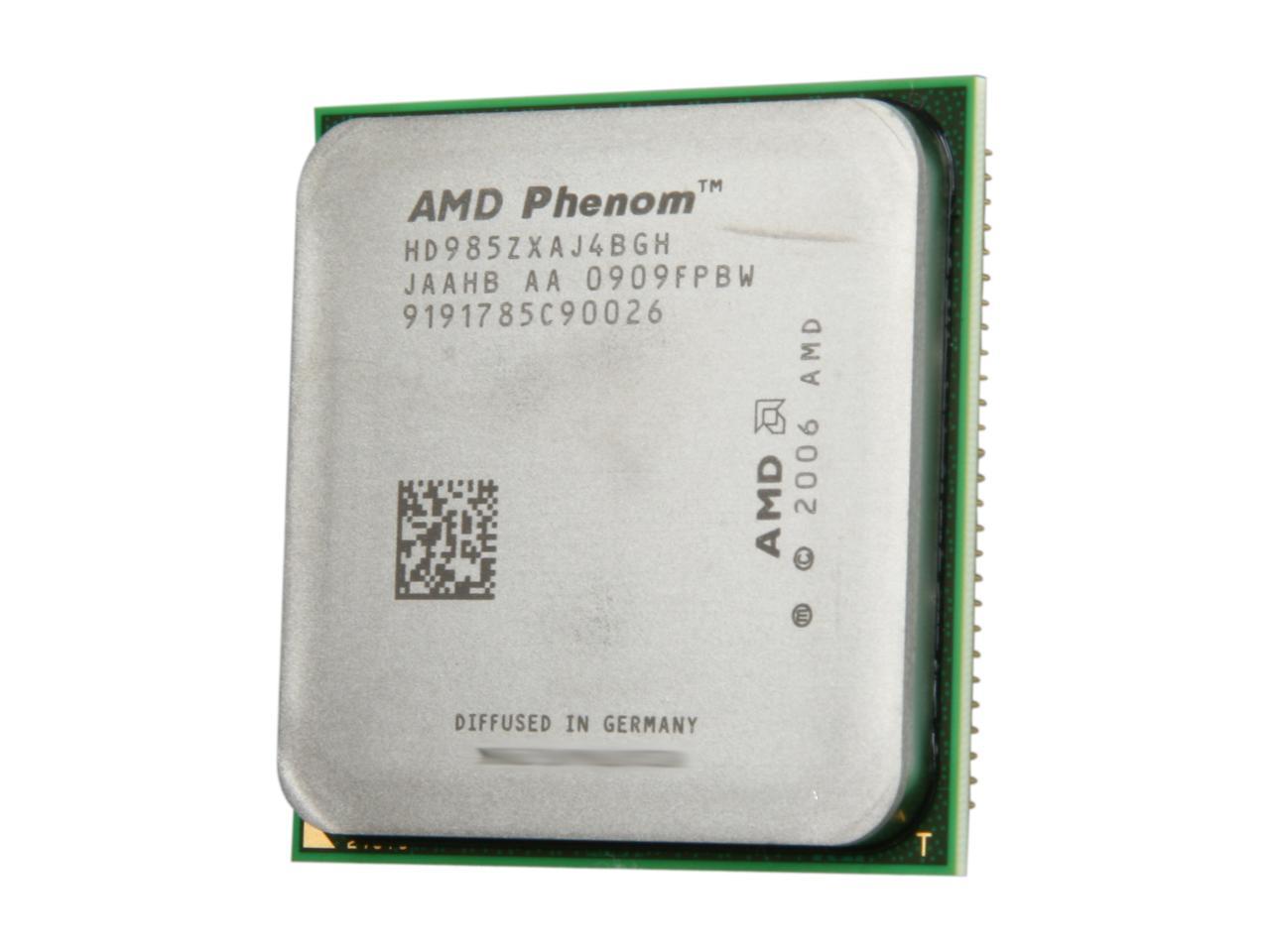 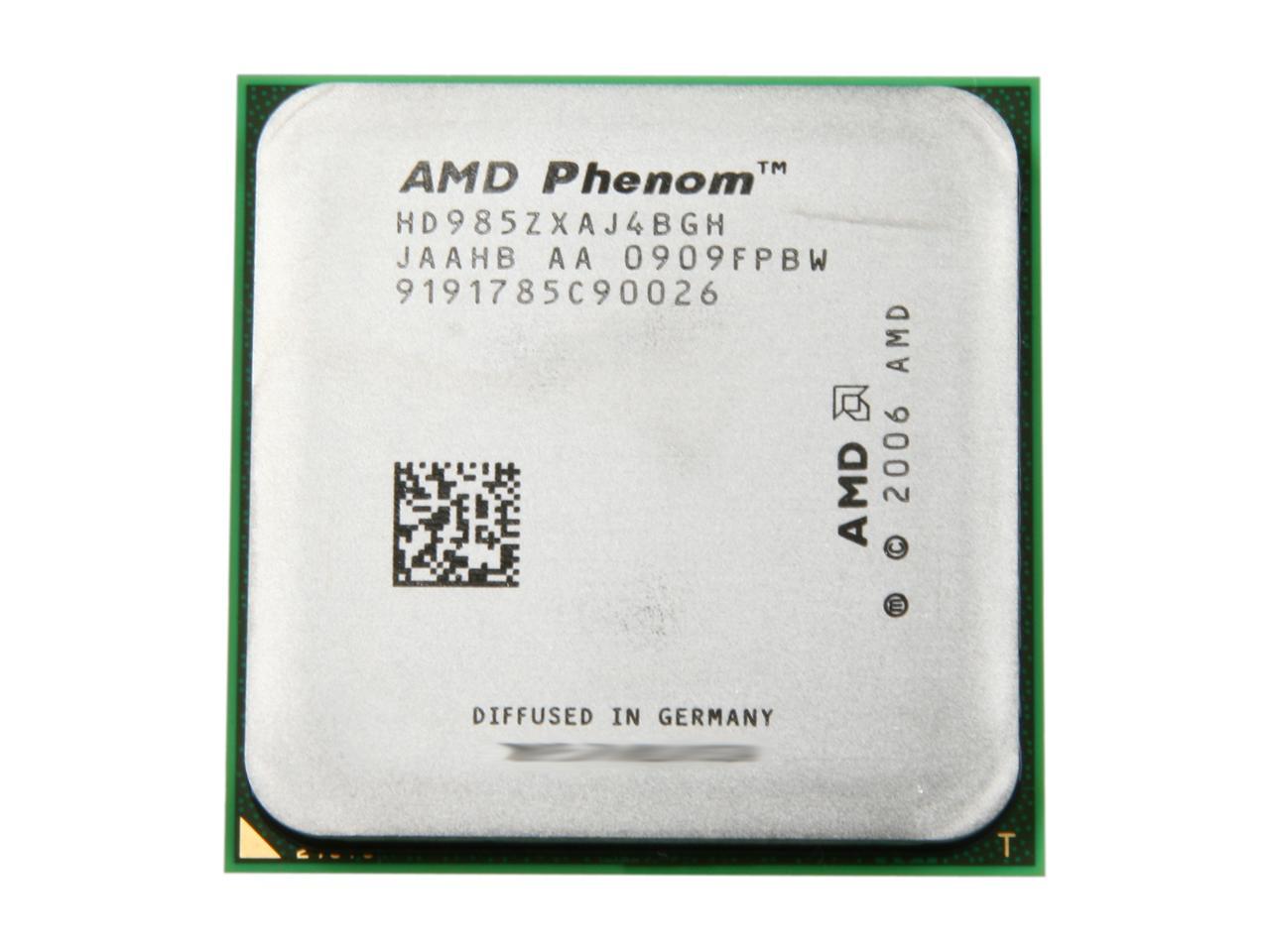 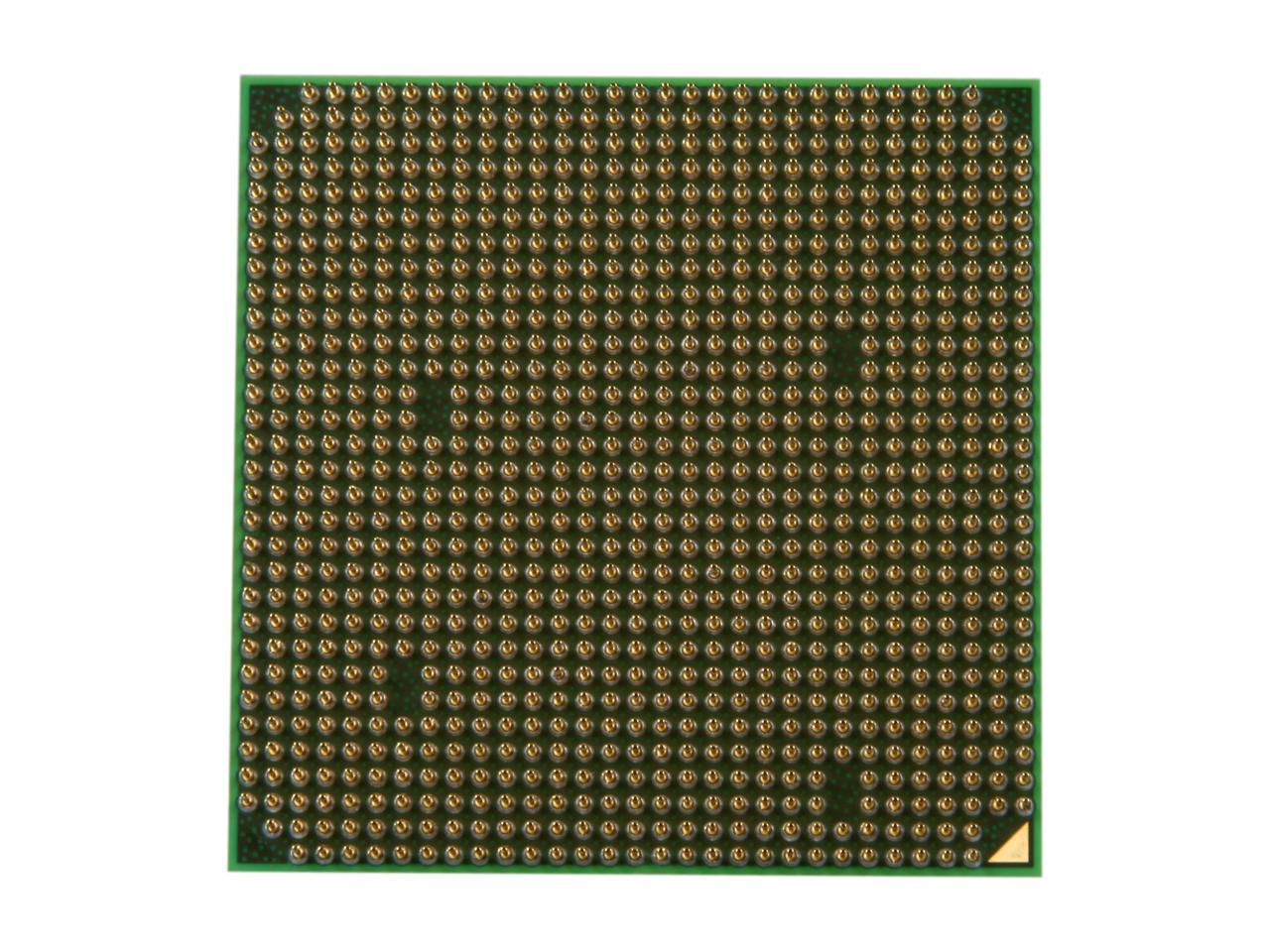 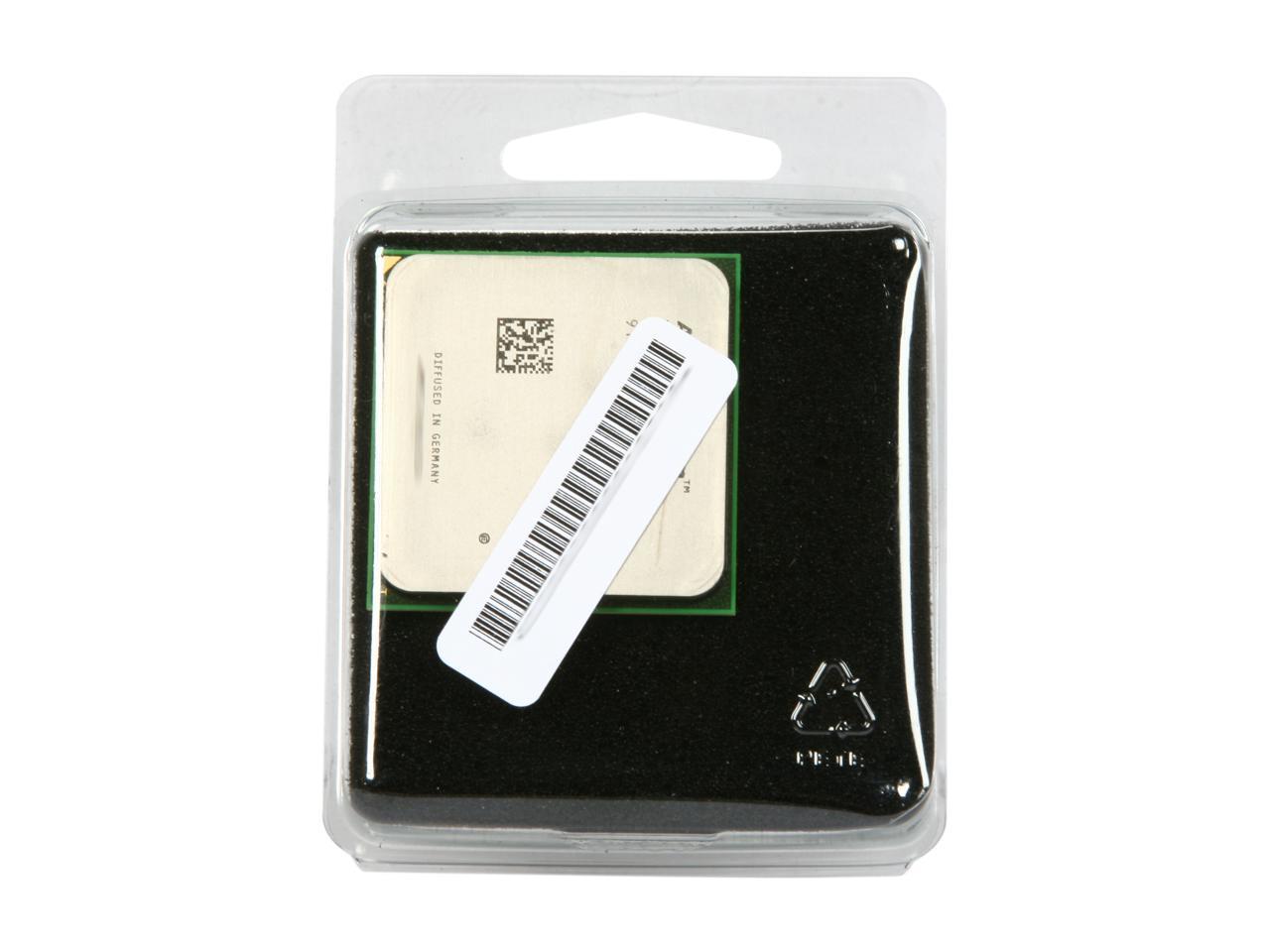 (199) Write a Review
OUT OF STOCK.
Overview
Specs
Reviews
Like the superheroes of old, the AMD Phenom streaks out of the night to lay waste to your enemies. The 9850 has 4 cores that run at 2.5GHz. The quad-core Phenom processor has 128KB L1 and 512KB L2 caches for each core and a total of 2MB L3 cache to buffer really heavy data flows.
Memory transfers get faster than ever. HyperTransport Generation 3.0 mode allows up to 16.0GB/s of bandwidth. Add that to the 17.1GB/s from the integrated memory controller for an amazing 33.1GB/s of memory bandwidth. This unprecedented bus bandwidth is needed to feed the data hungry AMD64 with Direct Connect Architecture cores.
You'd think that all of this power could get too hot to handle. Think again. AMD's Cool'n'Quiet 2.0 works with CoolCore Technology to minimize heat while keeping power and efficiency up. Now the cores can shut down unused parts of the processor when not in use. This saves power and helps to reduce the amount of heat generated. This function is built in so there's no need for drivers or BIOS updates.

Pros: Great value; this chip runs like a champ. O/C'ing to 2.9GHz was cake; it gets a little unstable at 3.0, but I know that to be a cooling issue on my part - I'd have no reservations buying this chip at all.

Cons: Newegg totally disappointed me with their shipping. Talk about awful! I understand that the processor is OEM, but when I received my order, the processor had come out of the plastic casing and had been bouncing around a sparsely padded cardboard box. An ENTIRE three rows of pins were bent because of this; it had to have been a miracle or divine intervention that none of them broke off throughout the beating it recieved. It took about an hour to straighten them all out. Really, Newegg, would a $00.01 piece of tape to secure the processor been all that hard? I seriously doubt I will ever go with an OEM processor from Newegg ever again after this.

Overall Review: I have never ever had a problem with Newegg before and have been buying here for years. Hopefully this was a fluke, but if you're debating between getting this and the retail version, I'd go with retail.

Pros: Great chip. Upgraded from a 7750 and it works as advertised. Really good upgrade for AM2+ motherboards.

Cons: The chip came loose in the box. Over 20 pins were bent, some severely. I straightened the pins with a paperclip and finally got it to seat in the socket. The good news is that it works. The bad news is that there is NO excuse for shipping this chip loose in a large box.

Pros: Worked Great right out of the box. Rand games like a champ paired with my SLi 9600s (upgrading soon). Had a +5000 dual-core Black Edition and this just blows it away. i have yet to overclock it though

Cons: The packaging was a little iffy but its and OEM so I can't really count that as a fault on thier part. They taped the package.. that's really all they need to do to secure it well.

Overall Review: If you still have a dual core.. get this little chip and you'll be very amazed.

Pros: Runs like a champ. I can format a disk, play WoW and have youtube running at the same time with no hiccups. This is a big change from my 2.8 P4 I replaced. I love this cpu. AMD has great value and performance - this cannot be denied.

Cons: It was OEM, so it shipped in a very flimsy plastic package that evidently opened during shipping and left my cpu to bounce around in the box. Newegg uses brown paper for packaging instead of popcorn, so there was space for my cpu to bounce around. I had to use a very small pair of needle nose pliers to bend back the microscopic pins so it would fit.

Pros: Fast. Relatively cheap. 4 cores at 2639Mhz works very well for me. Subtle OC but it doesnt really need it. Windows rating 7.2 out of 7.9 in Windows 7. Surprised me how much cooler it runs than my 6400+ although they are both 125W procs.

Cons: Doesn't overclock well in older AM2 baords (with updated BIOS) Cant get it stable over 2700Mhz. Not as much of a difference as I was expecting, my fault though cuz I'm running an older board. ASUS M2NSLI Deluxe can only get to 26XXMhz without getting Blue Screen. Packaging I received it in was sub-par from the Egg. Could have EASILY been damaged, if your gonna buy a proc get Retail, its so much safer

Overall Review: Replaced an Athlon 64 X2 6400+ with this. There is a noticeable difference. I'm thinking maybe I should have just gotten the 7750 Kuma and overclocked that. Windows 7 also gave the same Blue Screen after prolonged use on a 13.5 Multiplier. 13x plus a bus clock seems the way to go. Still super fast. not bad for 116 + ship. Sorry for the long review :)

Pros: A speed demon on an energy drink... Makes my Athlon X2 jealous.

Cons: Small packaging, had to search through the gigantor box of peanuts to find the itty bitty box. (Just frustrating) and I could just say all good stuff.

Cons: It does seem too just run a little hot. I'd say if you're gonna overclock at all, you must upgrade the heat sink and fan. I'd recommend the Arctic Cooler 64 Pro