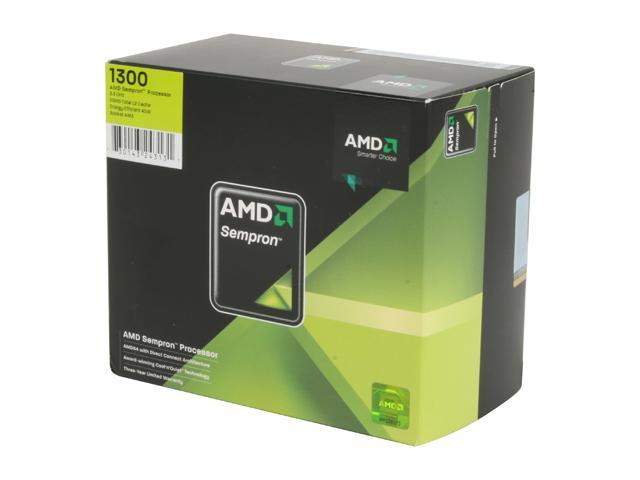 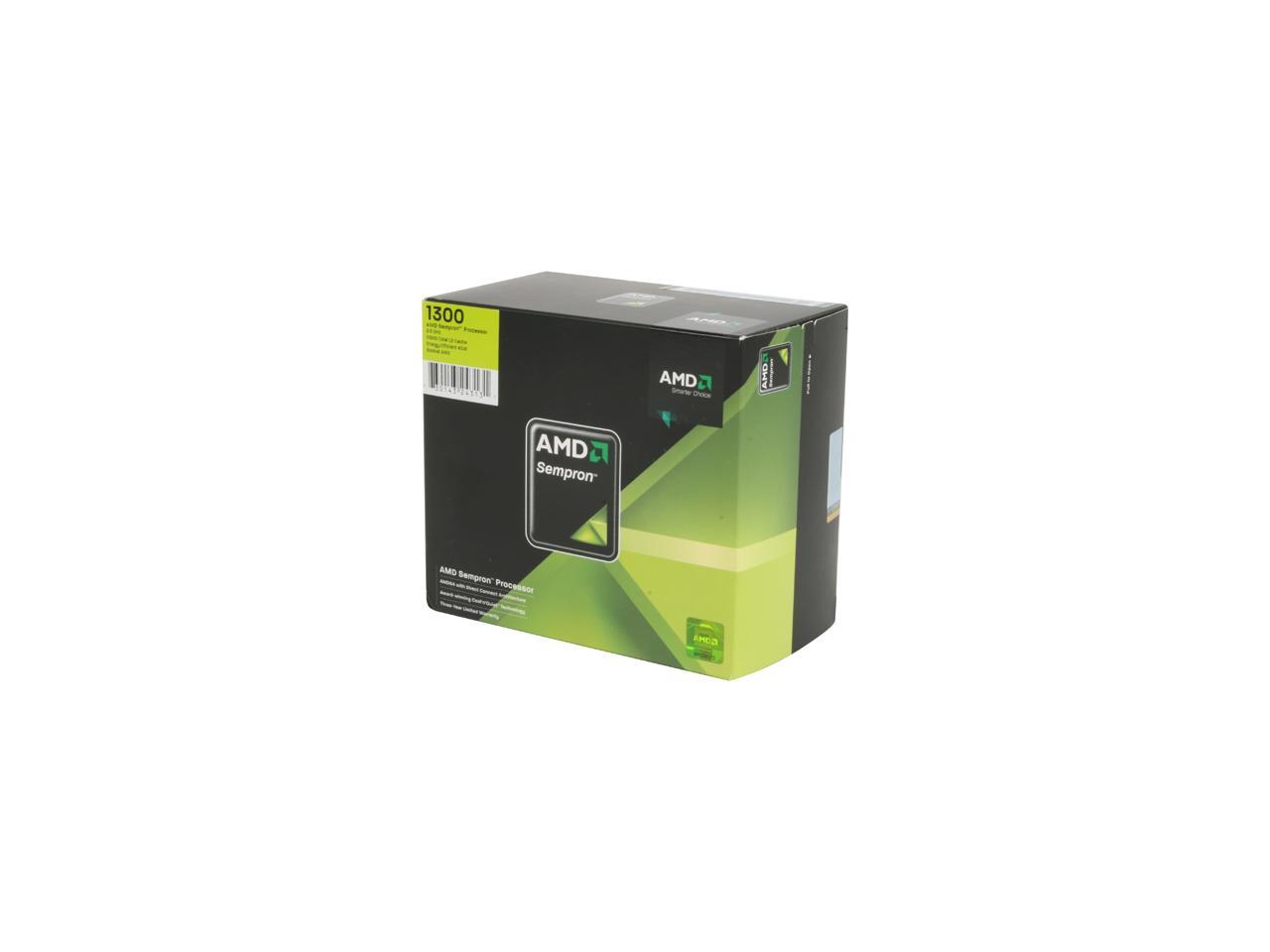 Learn more about the Sempron LE-1300

Pros: the fastest Sempron to date and worth it!!!! It doesnt skip a beat.

Overall Review: I have a faster AMD processor in my main computer but for the money cant go wrong with the Sempron LE-1300 for second system computers.

Pros: NO O.C. is done by me. but as far as popping it in and letting it work stock. it's great. -Cheap -AMD Support -64 Bit -Runs very cool! like...not hot...just slighty warm -low power consumption, high output

Overall Review: I plan on buying more of these cheap little cpus. they rock! way underrated and I dont know how else to explain such a good deal. not as great as my phenom x3 core. obviously. but with what i do on my computer...simple app and play WoW. I could've settled for this and saved big bucks.

Pros: More speed than I thought. Amazed with the performance. Walks through Vista like it owns the place. Doesn't skip a beat no matter what I do in the OS. Only 45 watts and handles everything almost as good as a dual-core with NO heat. I'd be willing to bet you can run it without a heatsink/cooler. Don't be fooled by the Sempron name. This thing has plenty of performance behind it. This chip is going to set a new standard for the Sempron name. It's dirt cheap.

Cons: Scores 4.2 in Vista Experience As you can imagine video encodes are on the low end. Not 25 watts? :P

Overall Review: I have a new respect for Semprons. I've had 754, 939, and AM2 Athlon's which I'd like to see go head to head with this Sempron. Very fast for a single core. Doesn't deserve to be called a Sempron really it should be an Athlon. This is one impressive chip mostly because people think low wattage = low performance. Not true and now I'm a believer. This truly is the low power and equal performance chip. Runs Vista Home Premium like a dream. Haven't tried to overclock, honestly... no need.

Overall Review: when you start up xp with this there is no loading time when you select your user

Cons: Really none, only single core would be the only

Pros: Bought it on sale-very cheap WITH fan, and the fan snaps right on--kinda like a socket 370 used to be. The same deal with an Intel+aftermarket fan would be 3X the price, albeit faster. I tried the intel 631 which was an early low power device, except it wasnt, and dissipated 80 some watts, the fan roared away, and I ended up cooking stuff. here cool'n quiet is just that, it just works without configuration (at least on ASUS) and the performance is good.

Cons: The AMD platform is a little more offbeat than the Intel, but most softwares ( the win's, and the linuxes) adapt to the changes without pain

Overall Review: less costly. perfect desktop performance. A better alternative to the Intel Atom single core ITX, with just as low a power footprint. And thanks to Dubai for funding the company.

Pros: Immediately impressed with the speed. Just think decent low-wattage single-core processor. Compared to Quad and Dual core systems I've used... it really shows how much of that is hype. Your system is much more reliant on system memory than the number of cpu's.

Cons: the name 'Sempron' is associated with low-end performance.

Overall Review: It's all about real-world performance. This is an excellent bargain if your looking to build an inexpensive system that actually performs well.