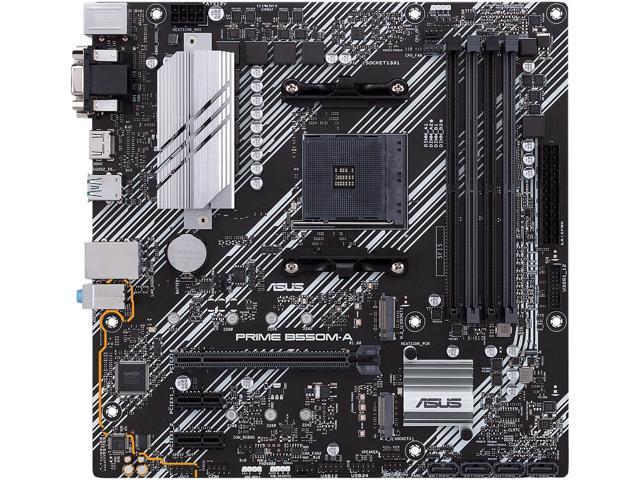 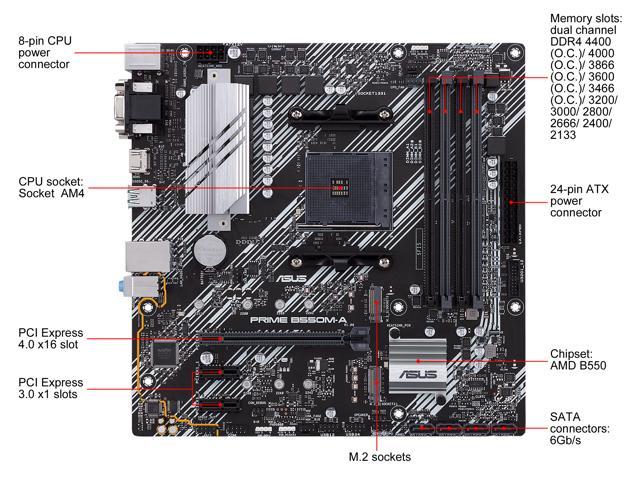 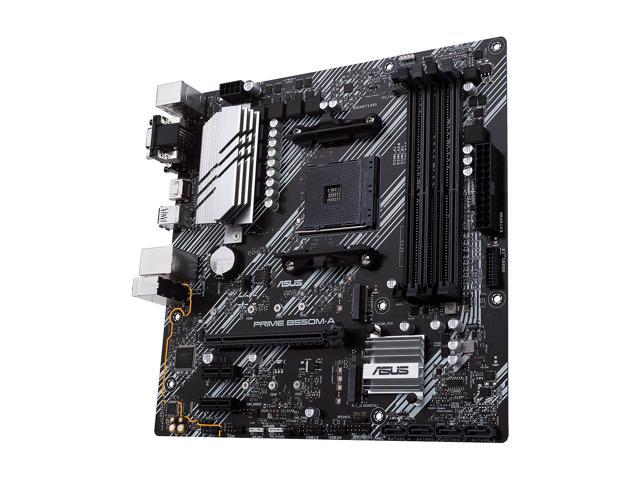 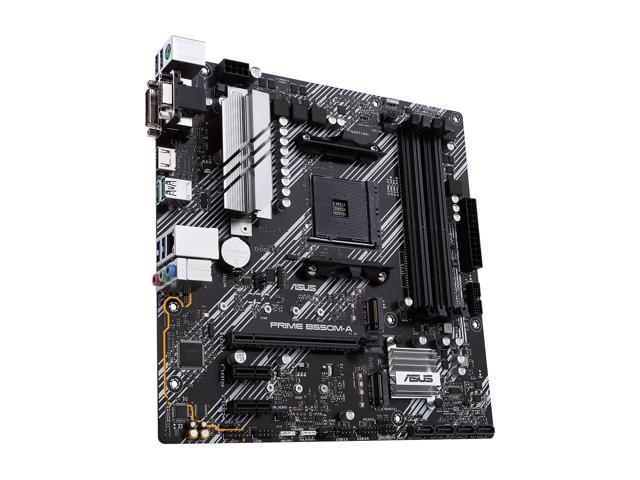 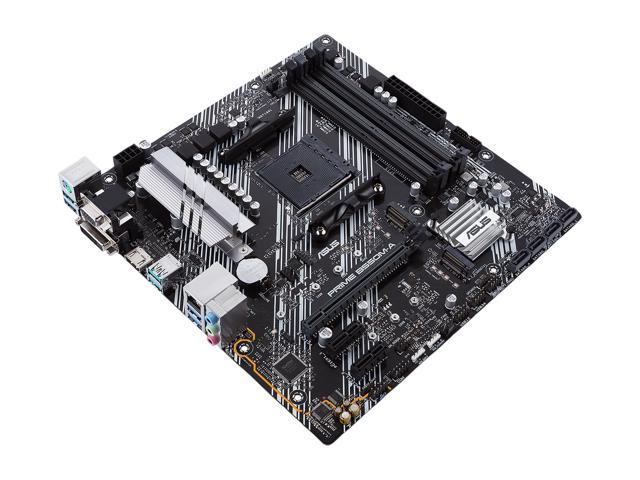 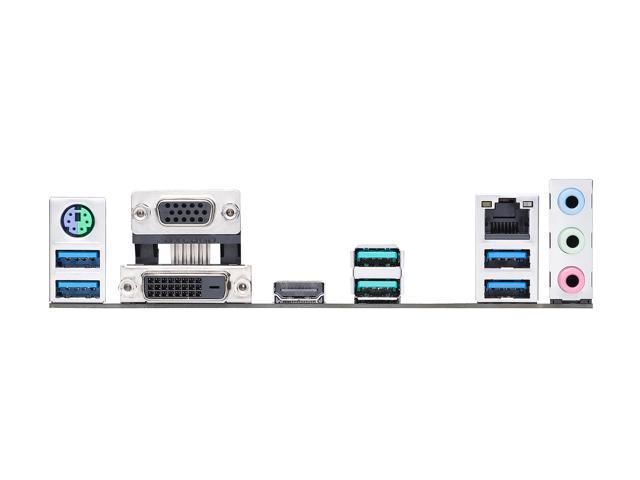 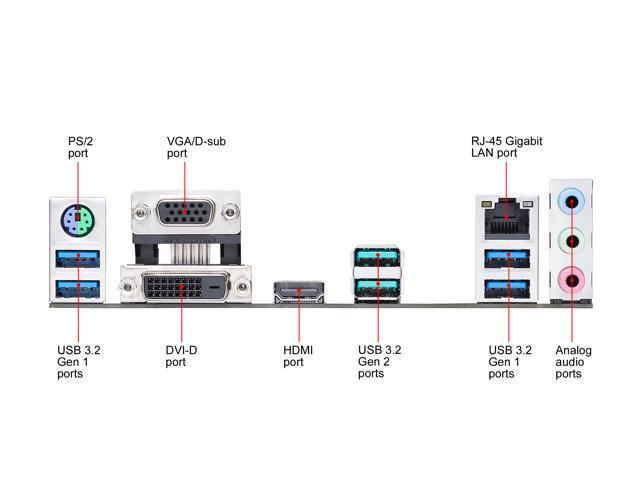 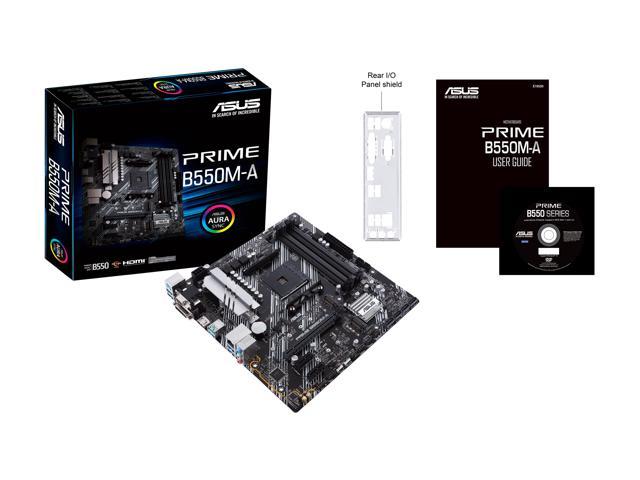 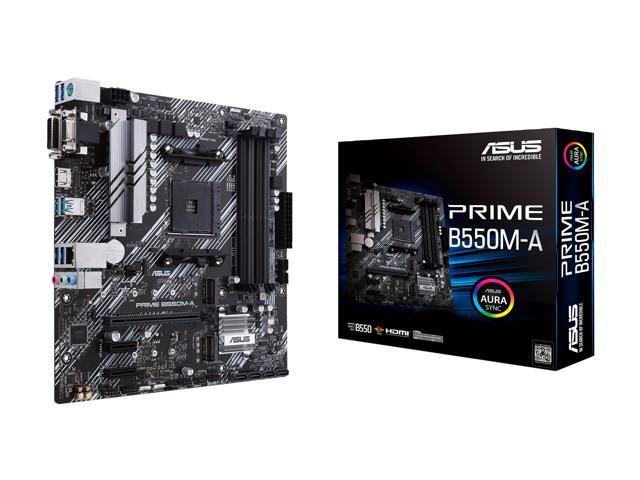 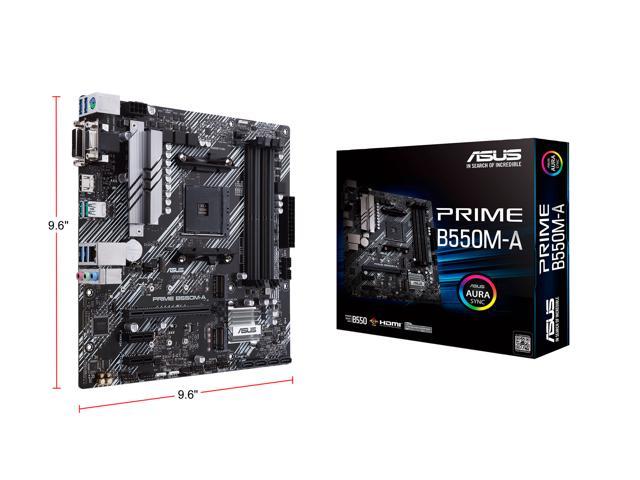 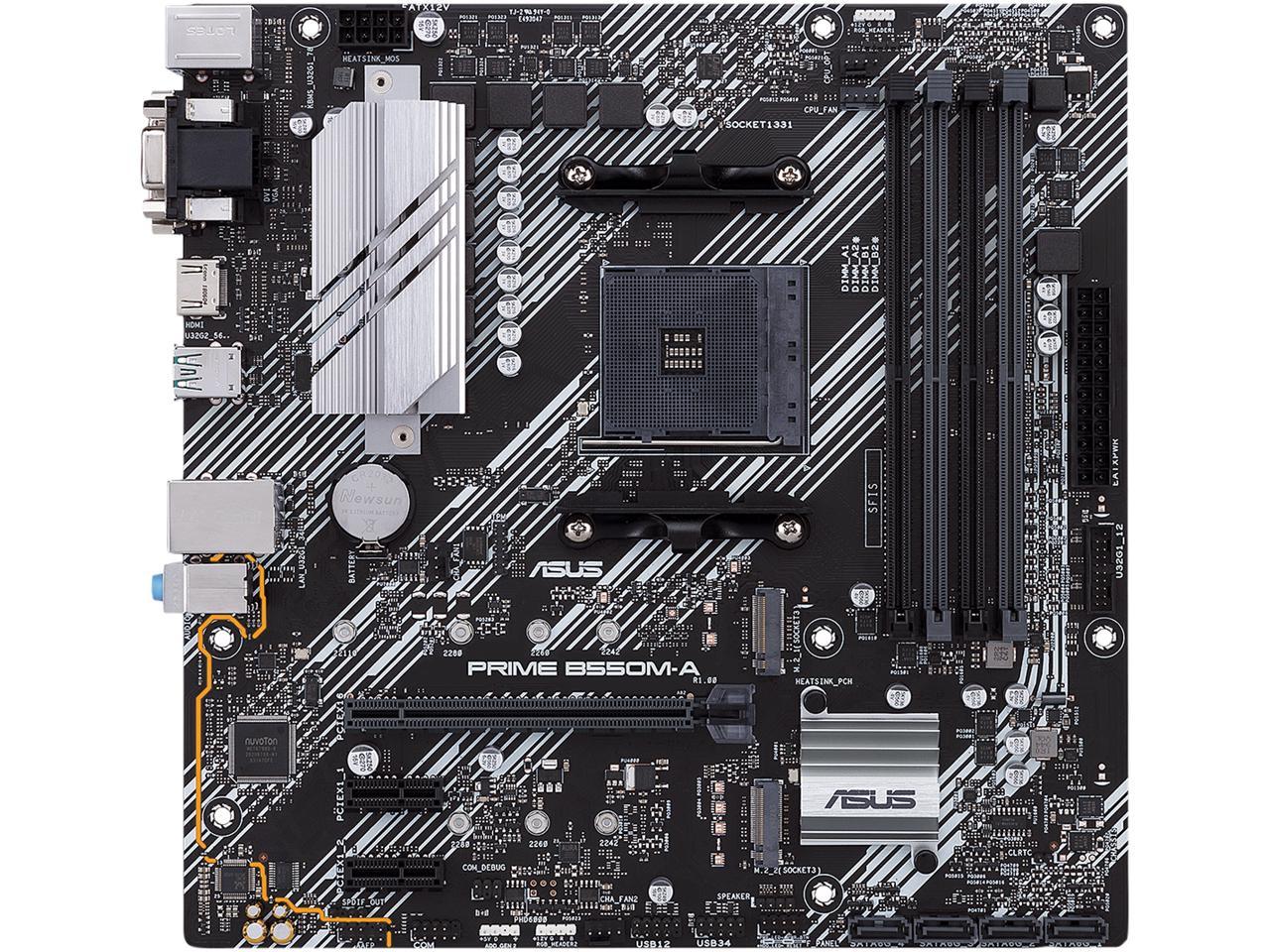 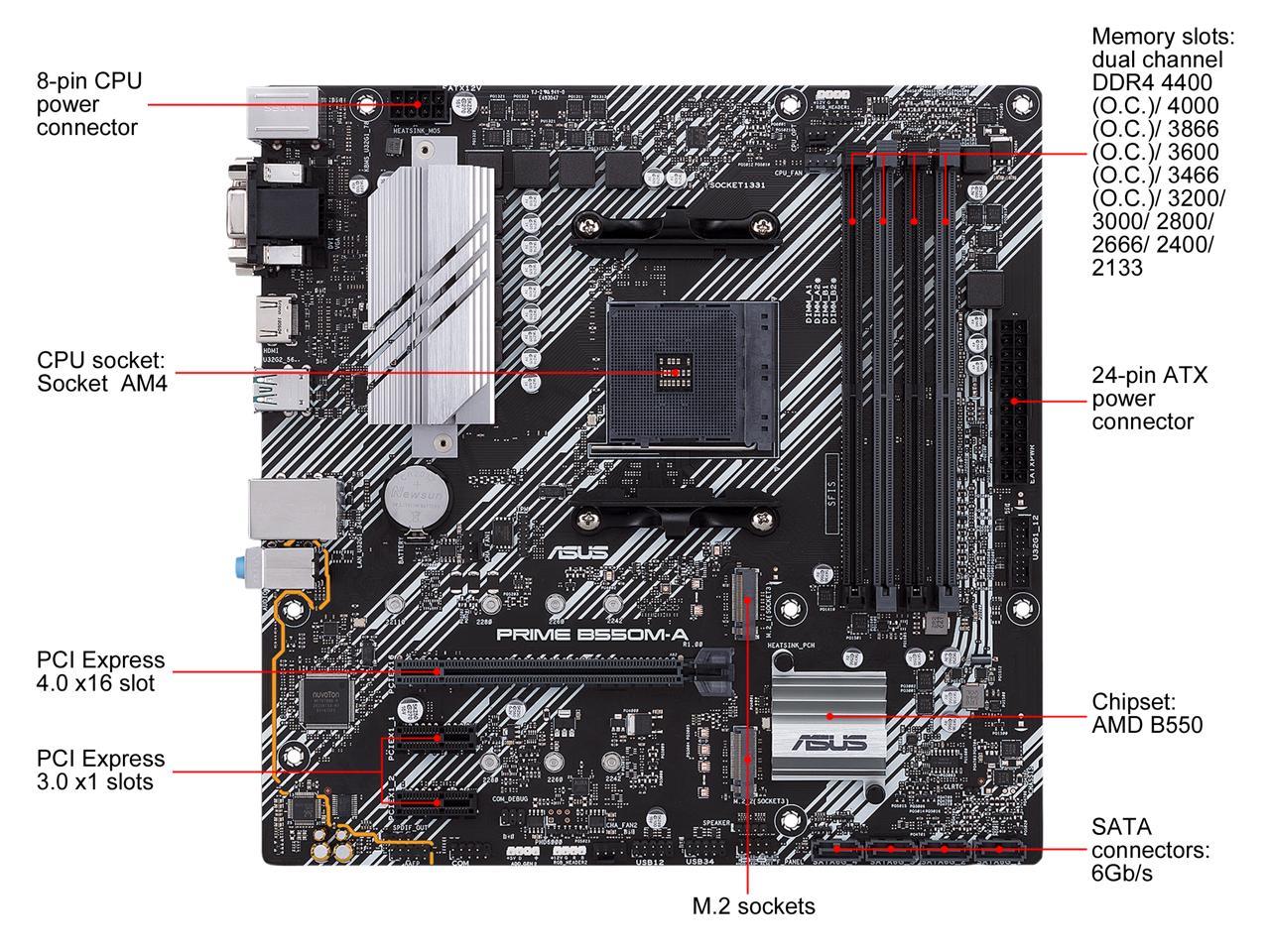 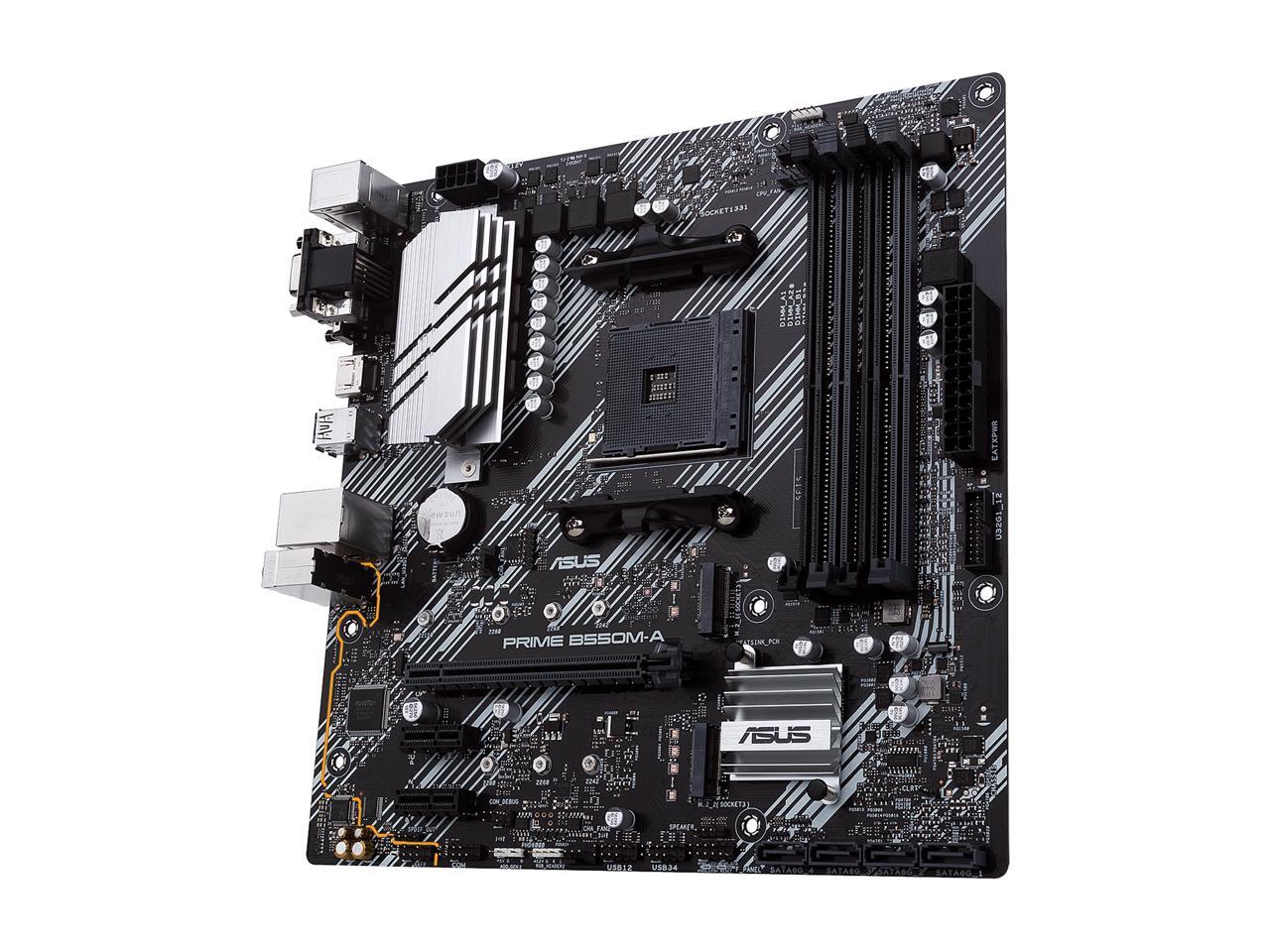 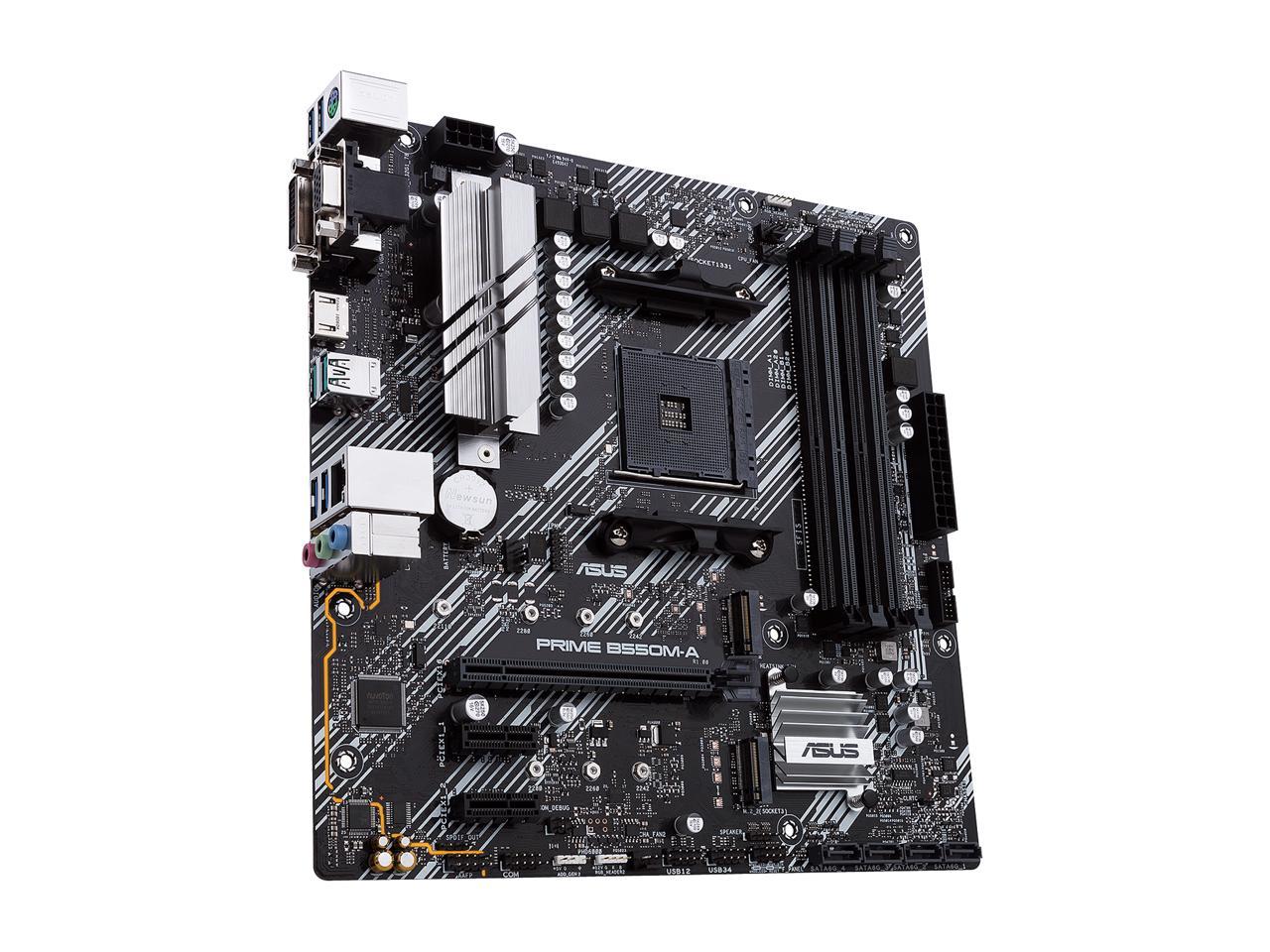 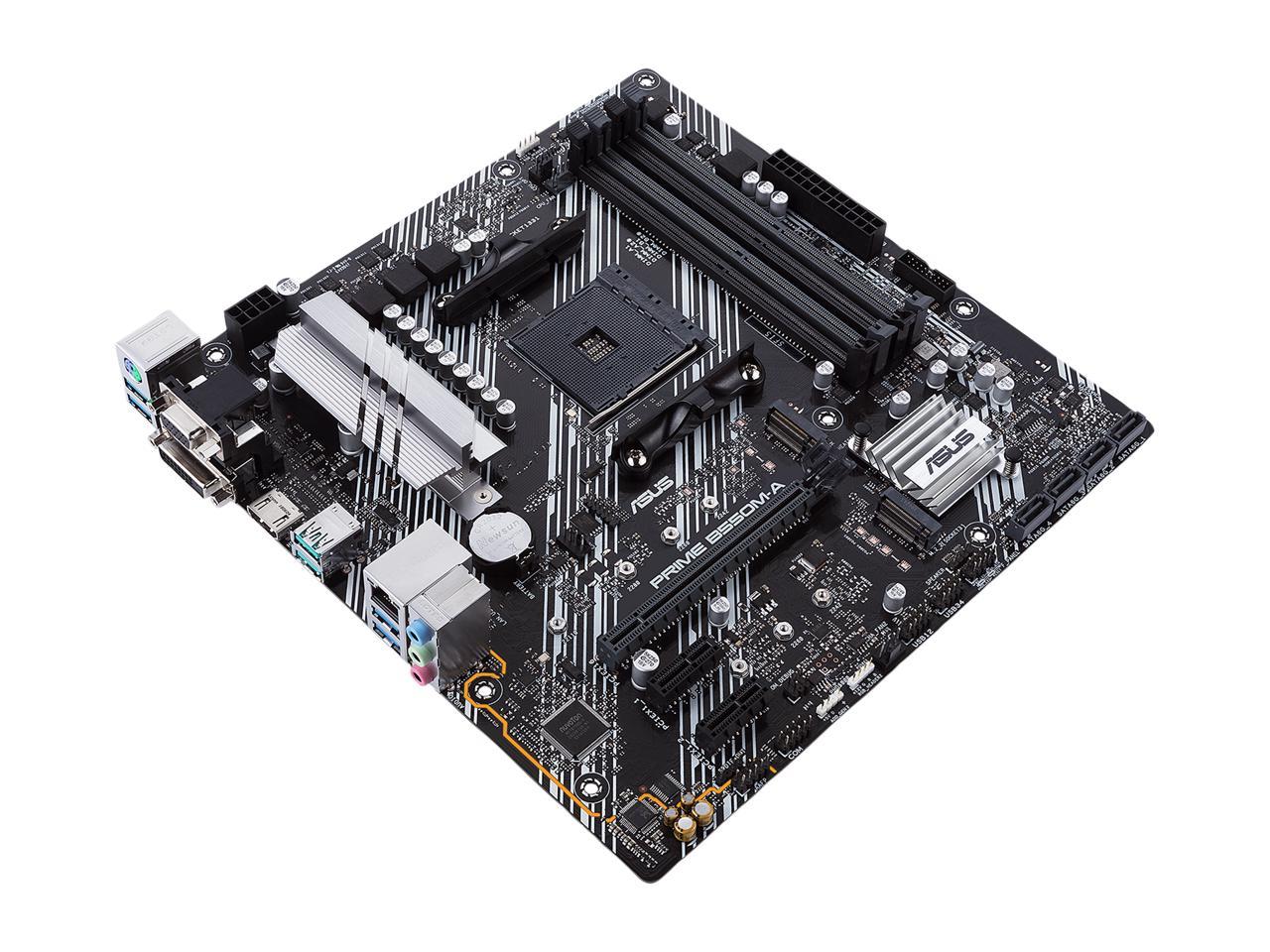 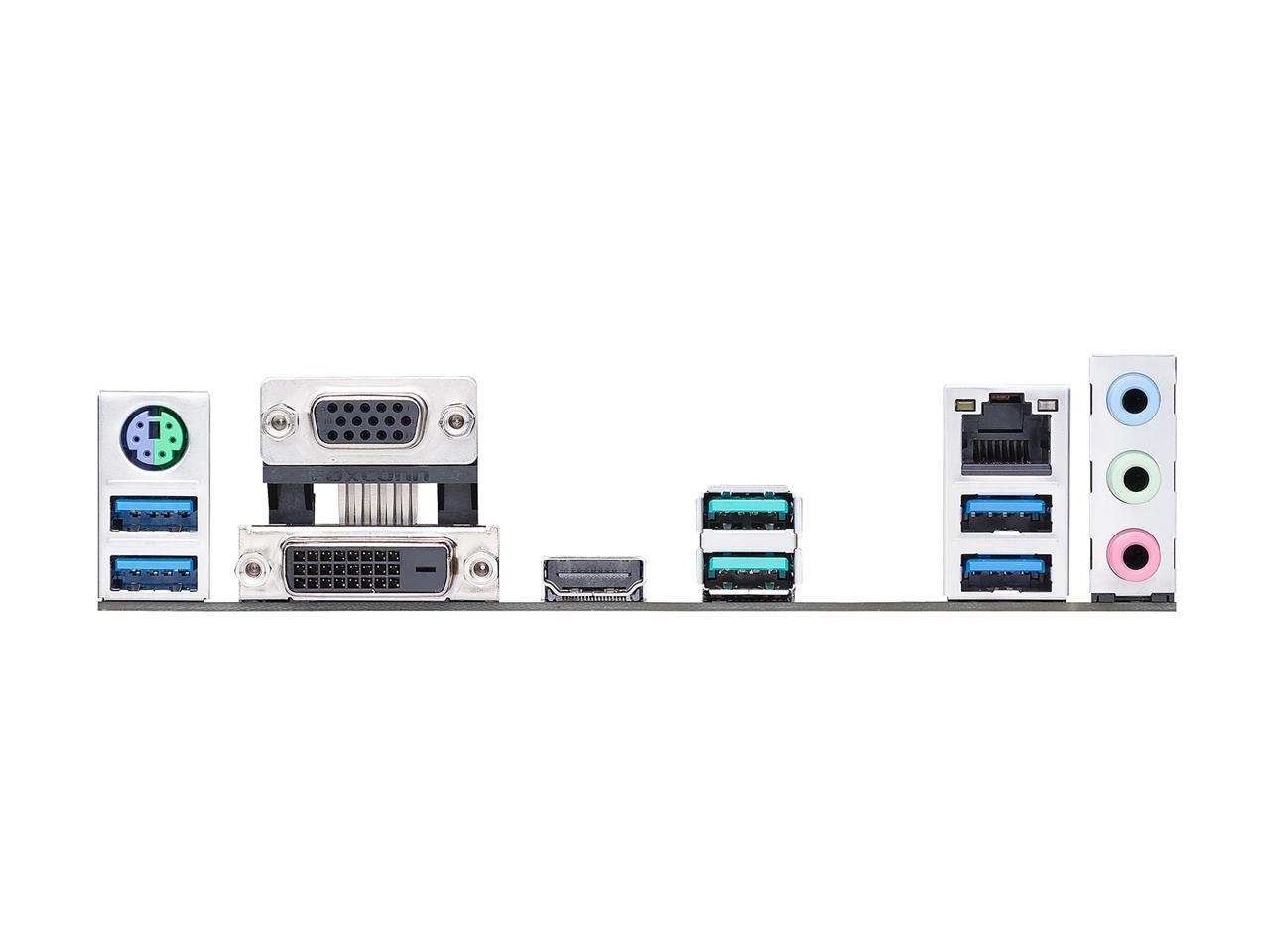 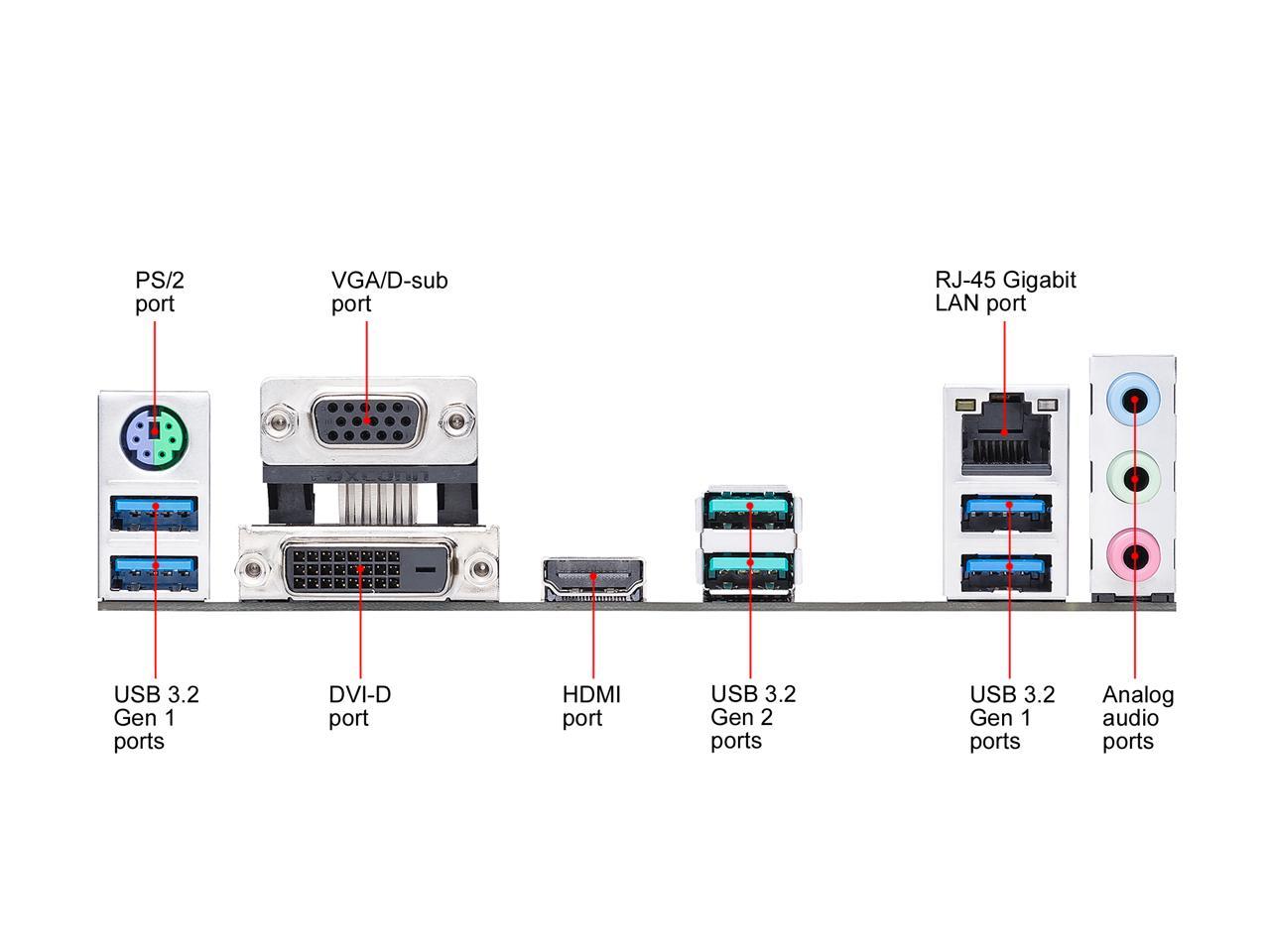 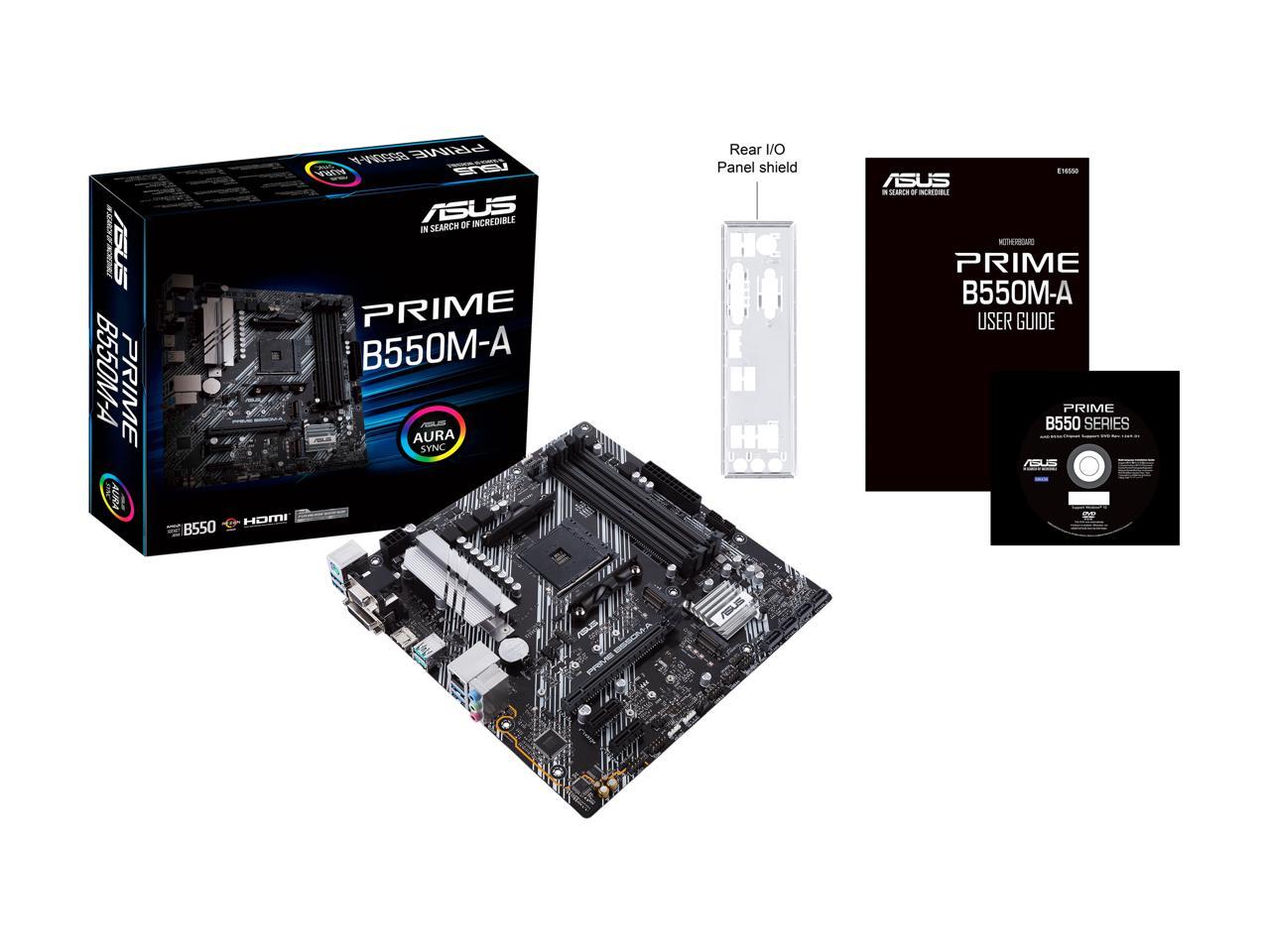 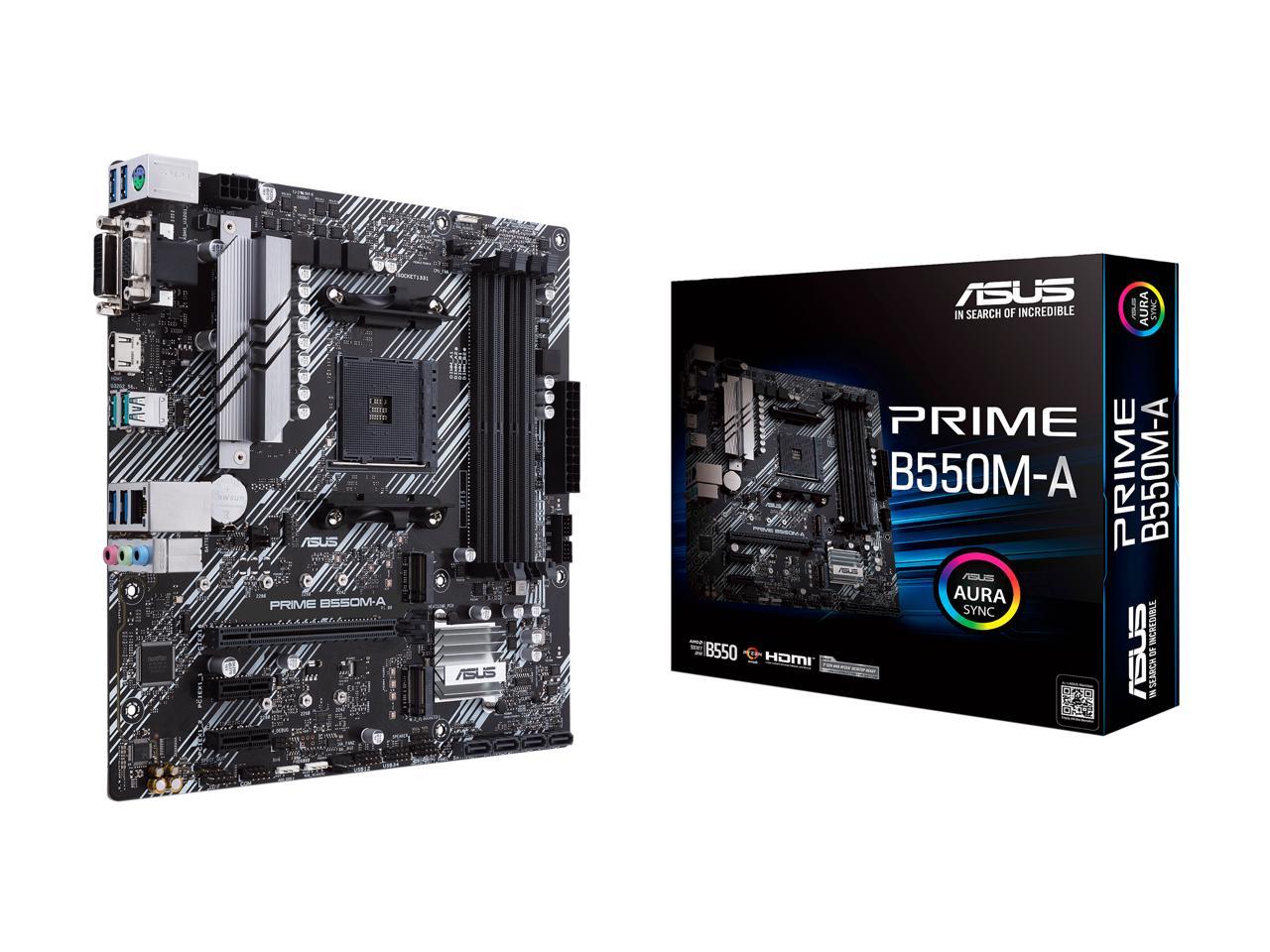 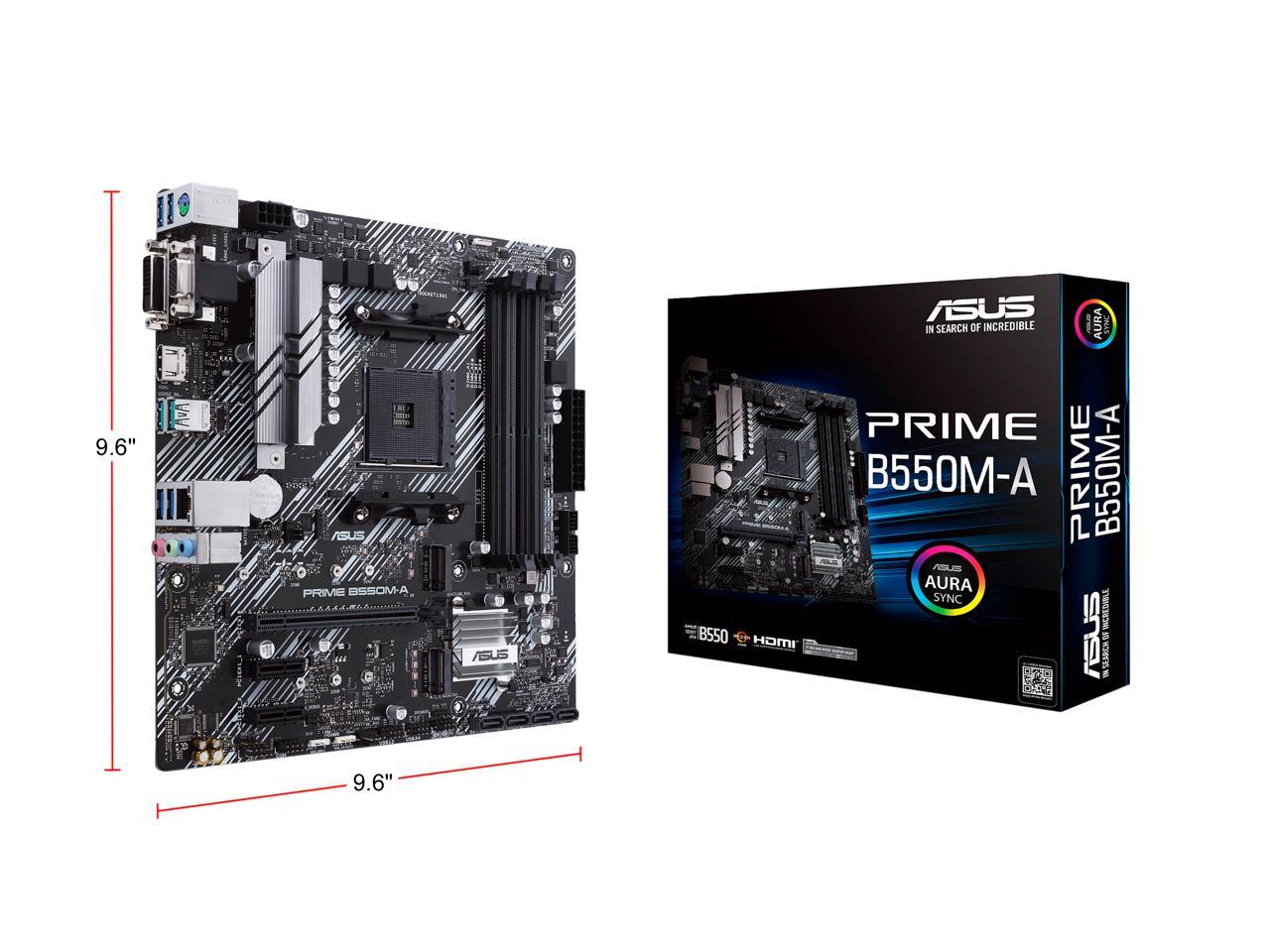 Overall Review: I would buy again.

Pros: Well designed and compact. Good to have 4 RAM and 2 NvMe slots for future expansion.

Cons: Can only think that as a "commercial" board, it would be nice to have a built-in backplate like the Asus ROG series to speed up installation for many units, but not an issue at all for the average DIYer.

Pros: Easy to set up. Easy BIOS to use. Looks nice Good for first build

Overall Review: So this is my first time doing this. But have to say so far I am pretty happy with my set up so far. Would recommend for a first time build.

Cons: I haven't encountered any issues with this motherboard.

Overall Review: Fantastic experience. I've been using ASUS motherboard for literally decades and the quality is always on point. Great price point enabled by B550 - smart move by AMD to introduce this IMO. This is for a home server / HTPC / NAS and it works great. I upgraded the BIOS out of the box, configured it how I wanted, and was off to the races. Zero issues since.

Pros: Extremely Affordable Has all the basic needs Pcie Gen 4 was my main reason for going with this board at an extremely decent price

Overall Review: I love it so far.

Pros: -I was building a budget pc for my fiance, super excited. -Contacted ASROCK support with a lightning-fast response.

Overall Review: I gave it one egg due to the poor customer service I received from ASROCK and I had to RMA. I described my problem and their reply was my CPU does not have a video controller so you will have to use a graphics card in order to receive video. Which if he read my ticket properly, he would have seen that that was one of my first steps. I then replied back and even 2 weeks later.. no response. Unfortunately, I couldn't even get to install windows.

0 out of 7 people found this review helpful. Did you?
Manufacturer Response:
Dear Valued Customer, It's very unfortunate you've encountered display issues with your motherboard. If possible please provide us your full specification for a better understanding of your situation. Please try clearing your CMOS by removing the disk-like battery while your system is completely powered off and unplugged. If the issues persist, feel free to contact me if you have any technical or general questions. You can reach me at cl-adrian@asus.com. Your case for reference is N201005794. Thank you for choosing ASUS! Best Regards, Adrian ASUS Customer Loyalty – US Support
AbelH
Ownership: 1 week to 1 month
Verified Owner
ASUS PRIME B550M-A/CSM AM4 Micro ATX AMD Motherboard7/15/2020 11:55:32 AM

Overall Review: I had returned a ASRock Mobo that wasn't recognizing my new Asus monitor. Returned it bought this Asus ASUS PRIME B550M-A/CSM AM4 Micro ATX AMD Motherboard and presto everything worked right out the box like it should be when you pay for new parts. Asus has always been great!