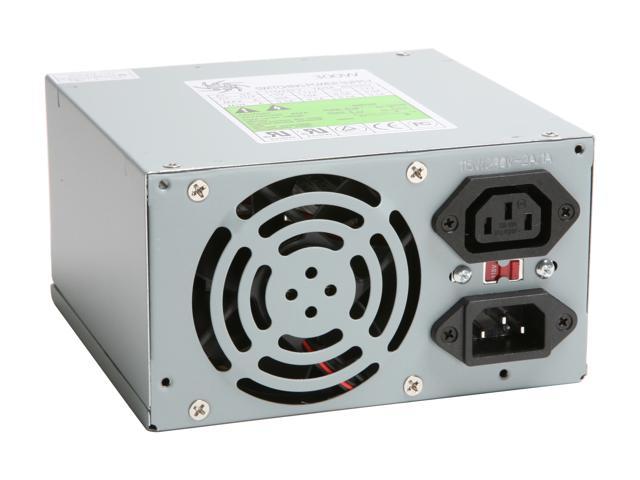 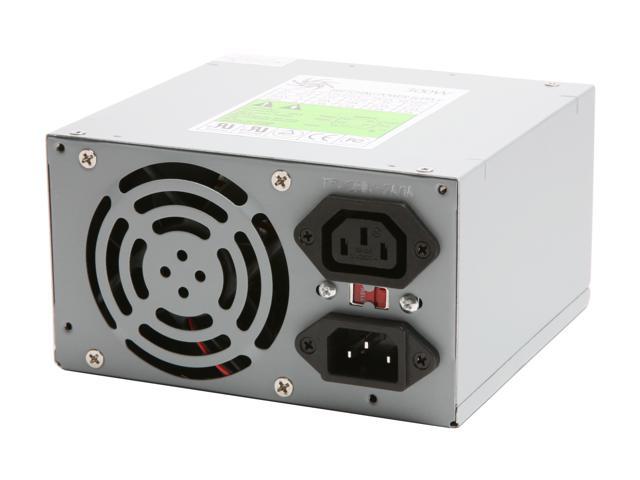 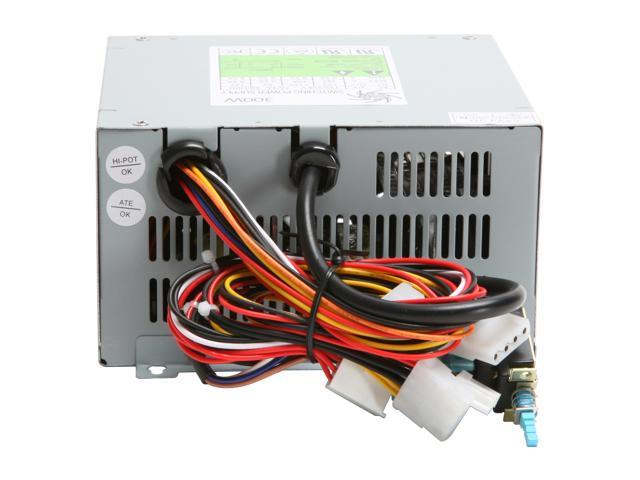 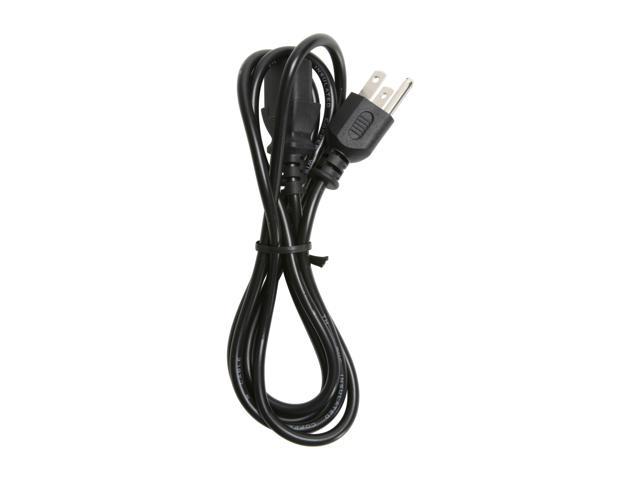 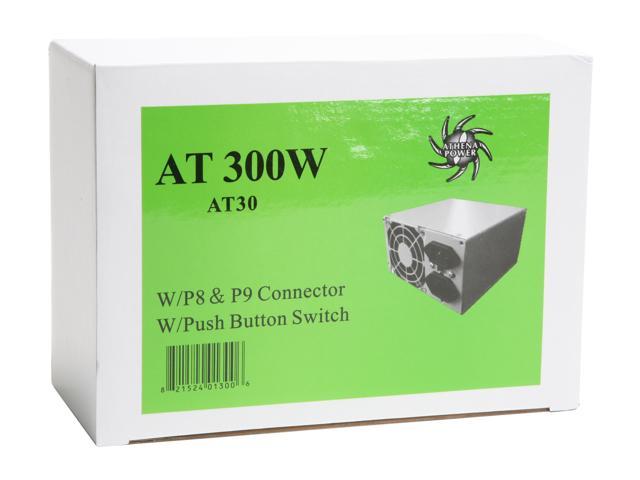 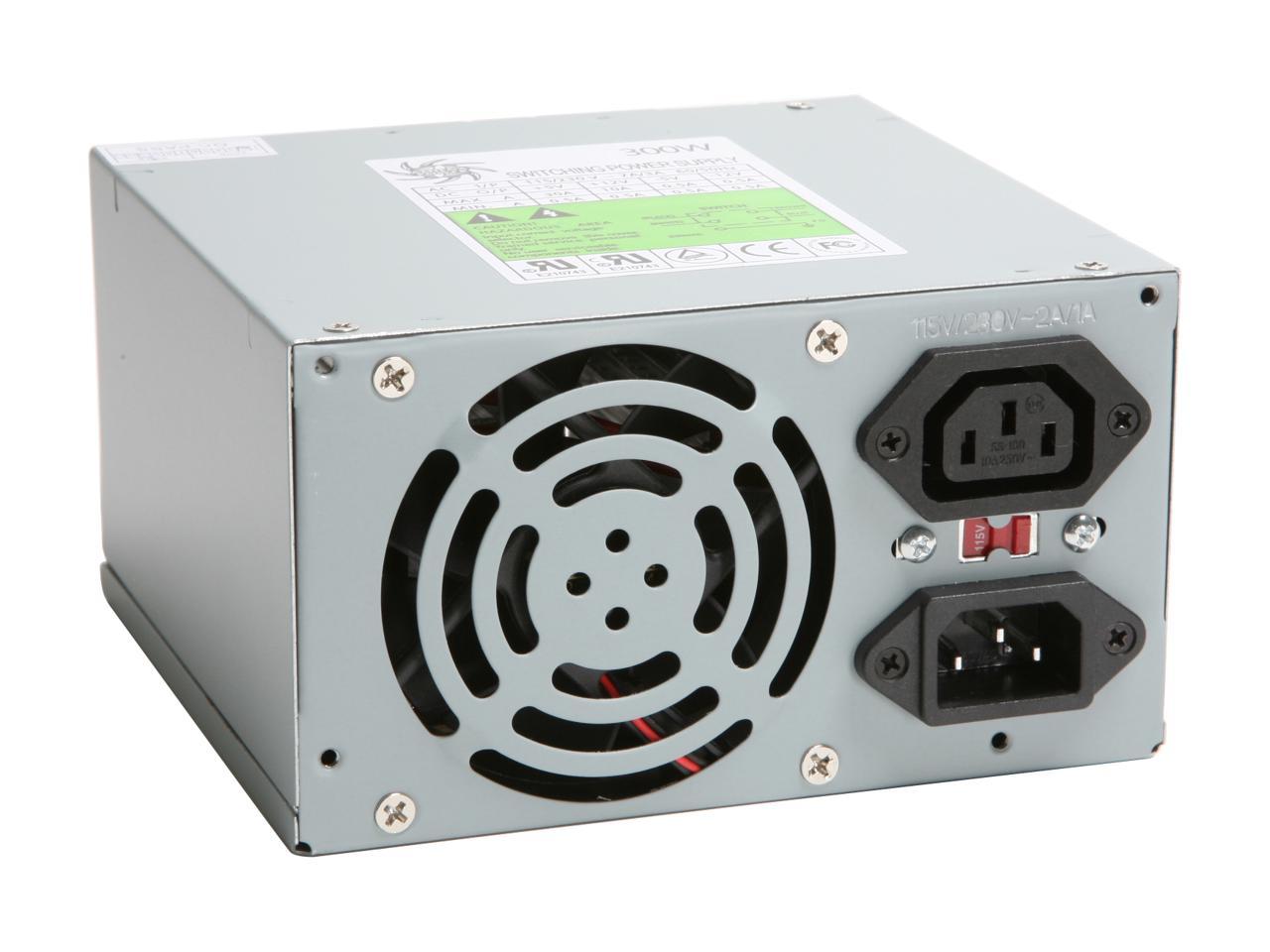 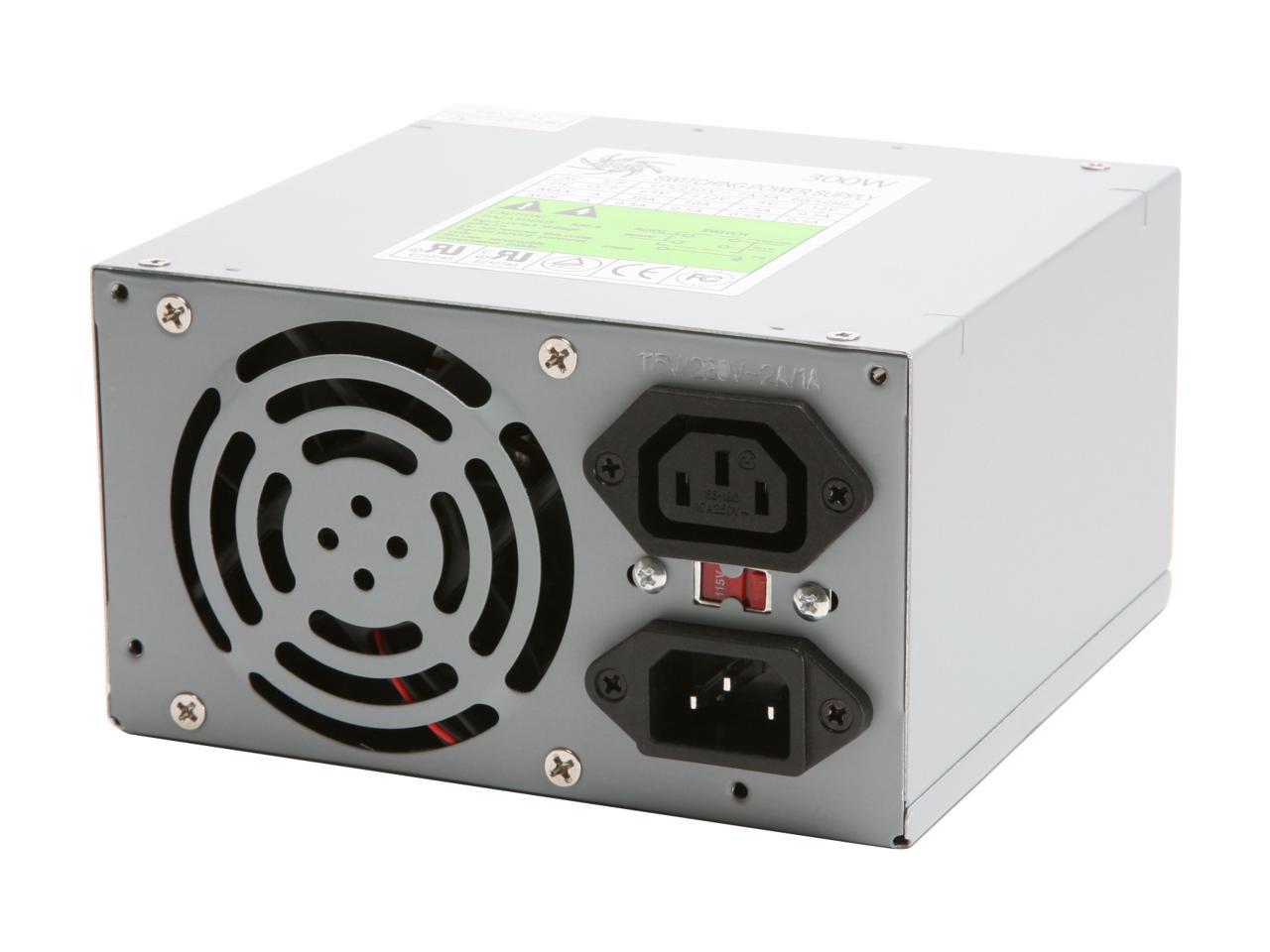 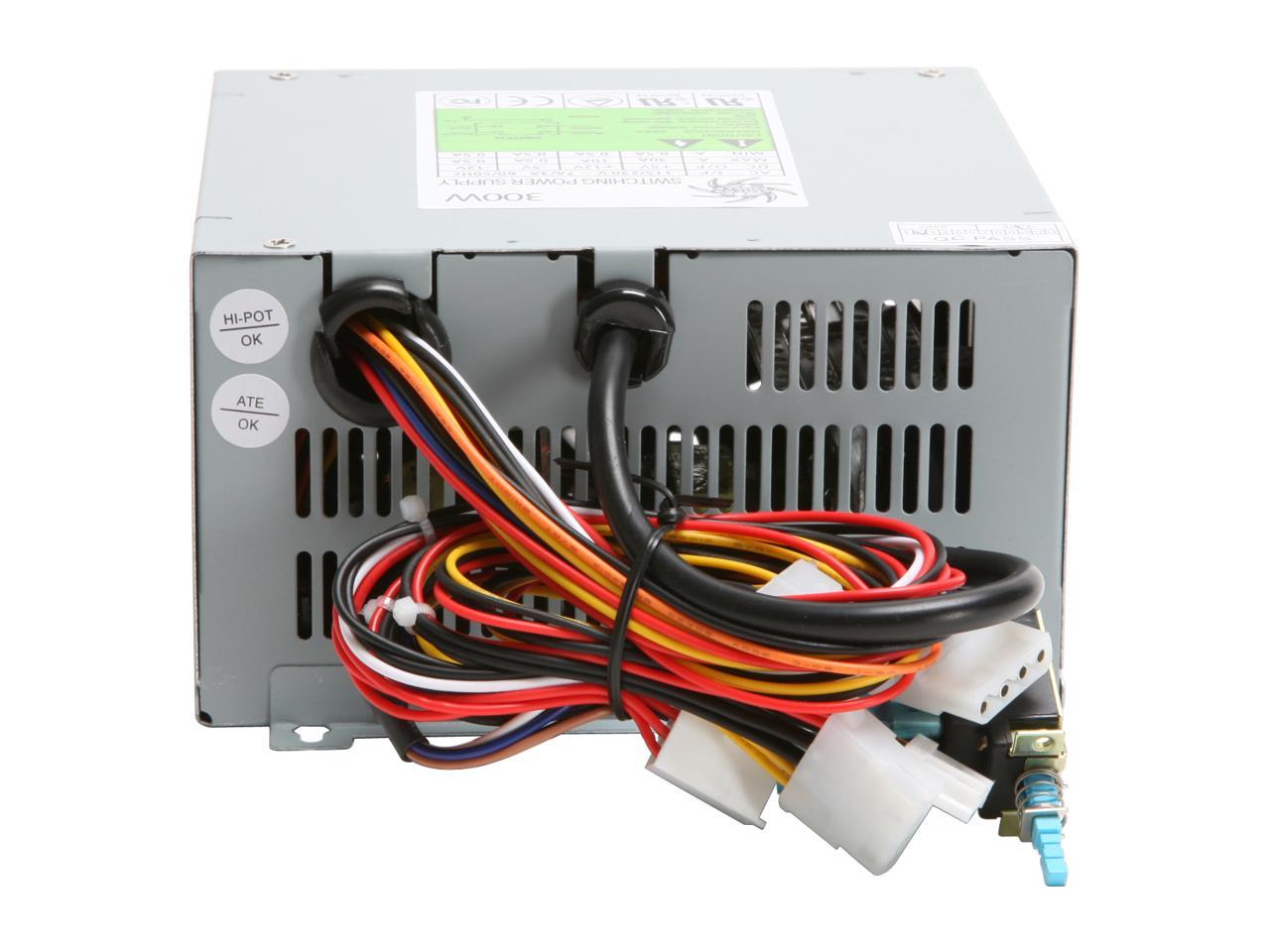 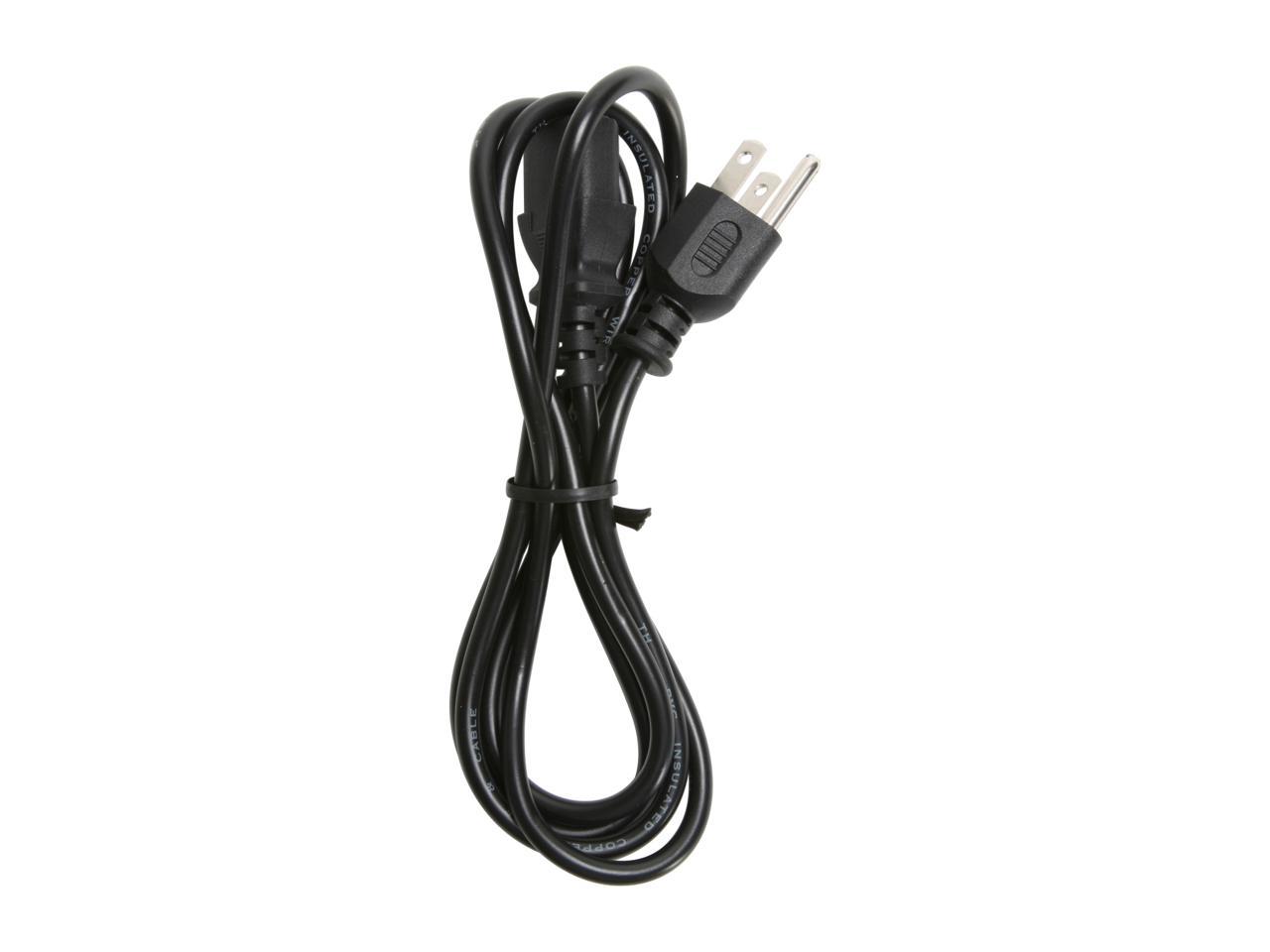 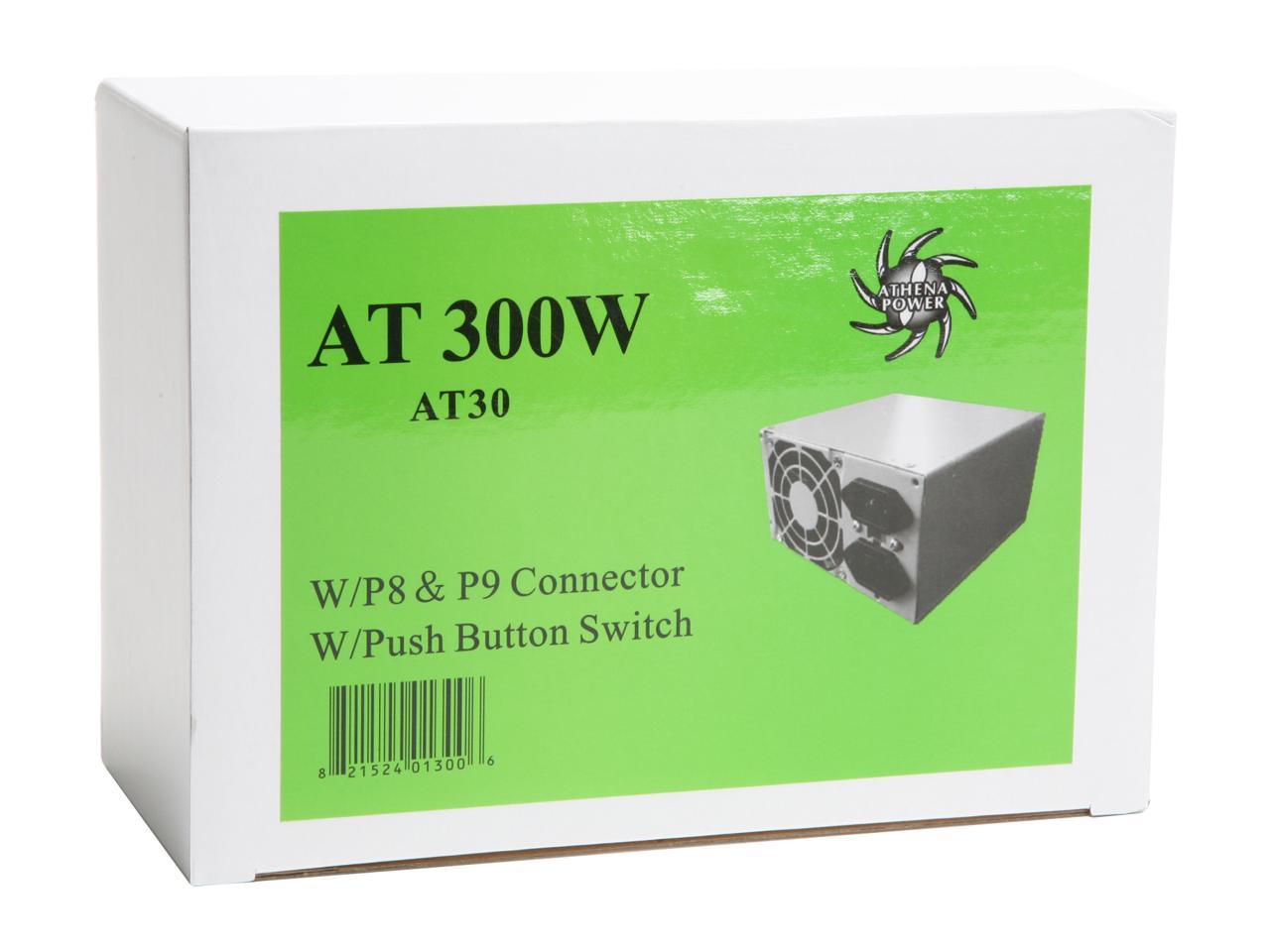 In compliance with AT standards – which have been in the market since 1980s, and are still strong in today's industry – the Athena Power AP-AT30 is a great selection for many industry machines, such as accounting systems, automatic control machines, and storage PCs. The AT Power Supply functions differently than its younger counterpart, the ATX, by being able to power on manually with a power switch. Having this type of control is necessary for the safety of heavy or delicate machinery that interacts together. This unit has also boosted the wattage to 300 to give the machines more power to run on.

Pros: For the Price You just can't go wrong. I have used more then 50 of these units over the past year. failure rate is only 3 out 10 for one year ,in very ruff-dirty Auto garage enviroment. I'm glad I can still purchase a solution to my AT power needs.

Cons: Only one con. Rate of DOA, about 1 in 5 arrives DOA. NEWEGG is great for RMA Replacement, but when you buy in bulk you may be out side the return time frame by the time you find out the unit is DOA.

Overall Review: One thing that should be a no-brainer use a quality surg-protection. although these units have over-volt protection, it doesn't take much more then a few spikes to absorb that & then be open to failure. I use true Sine wave UPS bat/backup.

Pros: Used this to replace a PS in a big industrial CNC machine. Works day after day and was an exact replacement that I badly needed.

Cons: Build quality is "economy", but it has worked for me. Don't expect any blinky lights fanboy.

Pros: Been using this power supply in a old Pc we use as a answering machine router. Works fine. No problems in 2 months of 24/7 usage. Would buy again. Great price for a hard to fine product.

Cons: I ordered one of these, and it took 3 tries to get one that worked. The first refused to power on. The second had a large capacitor knocking around loose inside it. Third is working so fingers crossed.

Overall Review: Newegg as always took care of the replacements with no hassle.

Overall Review: I've bought 8 of these and have installed 6 over the past 8 months. They are installed in video controllers that are subjected to high temps and greasy environment and are on 24/7. I haven't had one fail yet.

Pros: Comes with a switch on standard connectors (four spade/quick-disconnect terminals) and works pretty well, especially considering the money. See "Other Thoughts" for another important issue. Newegg, of course, never fails to impress. (Thought I'd throw that in there, although it's a little beside the point.)

Cons: Fails the "heft-it test" severely. When I picked it up, I was wondering whether or not the metal box was empty! It's *that* lightweight. Doesn't look like much, either, but hey, it's a metal box with important stuff in it. Also, the spade connectors tend to tug off easily -- be very careful removing the switch if you don't need it, and you might actually want to widen the connectors a little, because they attach to all mating connectors with an iron grip. Think "arm-wrestling strongman on sterioids" grip.

Overall Review: Considering that this particular type of computer power supply went out of style in 1996, and was largely out of use by 1998... I don't think that there are very many being sold here! That said, Athena Power stands behind their supplies 150% and then some. I took a reading with my multimeter which sent me to their RMA department. I got it approved very quickly, and although they did not pay for return shipping (which I don't mind), they were eager to assist me with my problem. Even though it turned out that the issue was with my multimeter, they were willing to send me a replacement supply. I even was able to ask them to not include the (unneeded) switch and tug-test the spade connectors for me! Athena Power, you have won at least partial brand loyalty from a first time customer, based solely on your support staff! ...and Ricky (you know who you are)... I don't know how much you make, but you deserve a massive raise. You are a true customer supporter. Godspeed.

Pros: Quite, enough power to do anything from the 90's

Cons: Non, I hear people talking about being light, but that's a plus in my book :)

Pros: Bought 5 of these and everyone has worked perfectly. And continue to work as they should.

Cons: The metal case feels cheap and very light. So do be careful tightening the mounting screws, they may strip.

Overall Review: The only issue I had was with a case that had a tight power switch placement. I tried to bend the power wire leads on the power switch and the metal blade snapped in half. Luckily I had another power switch I could use. These AT powersupplies come with standard power switches that mount in most AT compatible cases. Some cases have their own switches and you can easily disconnect the power switch that comes with this PSU and plug the wires into your case's existing switch. It just uses standard blade connectors.