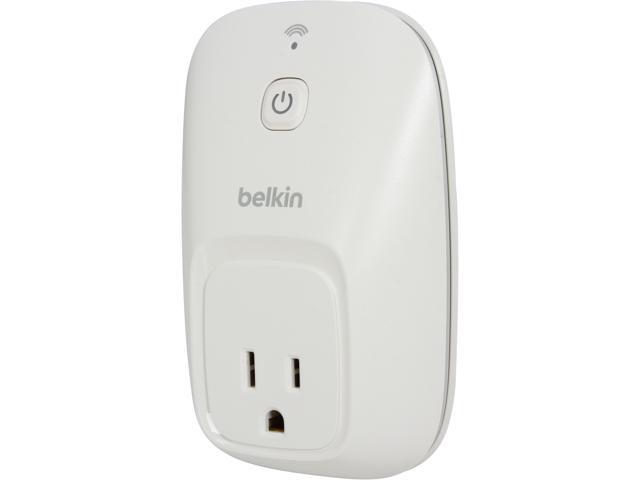 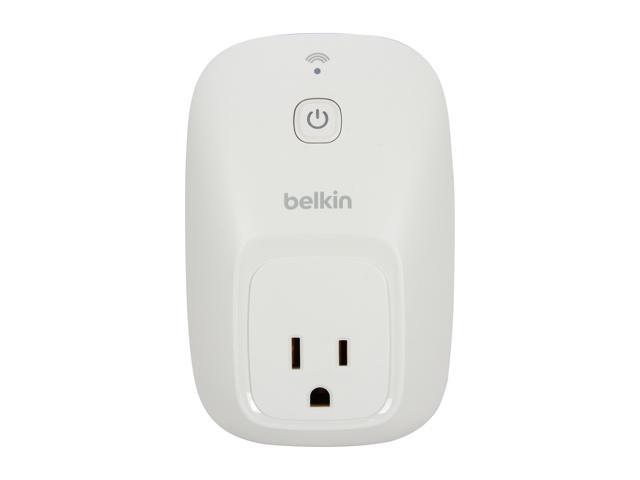 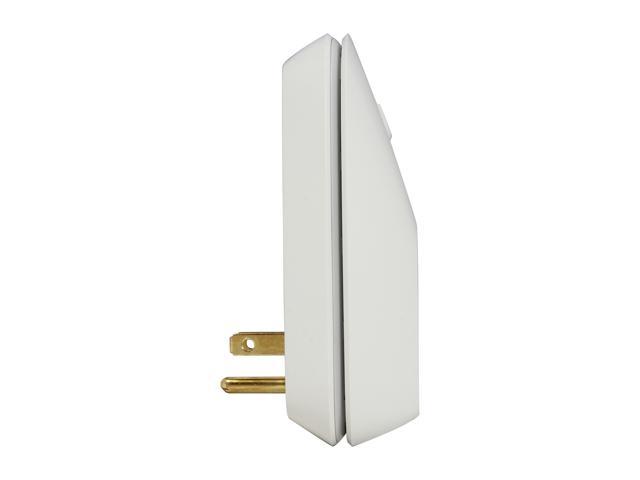 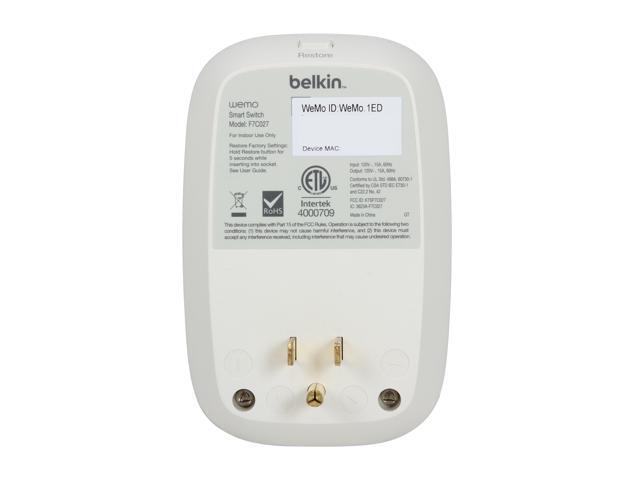 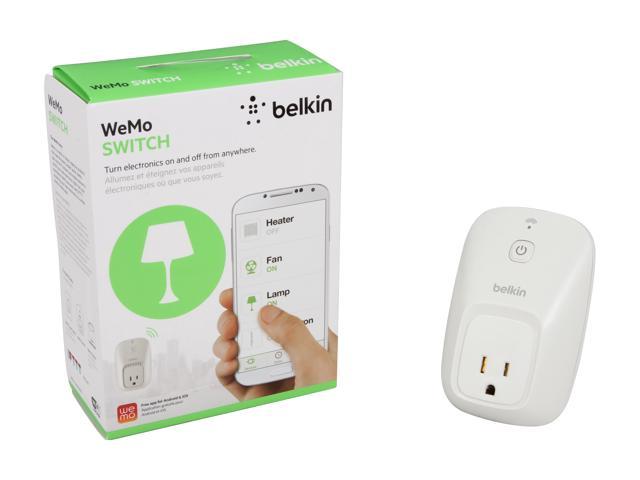 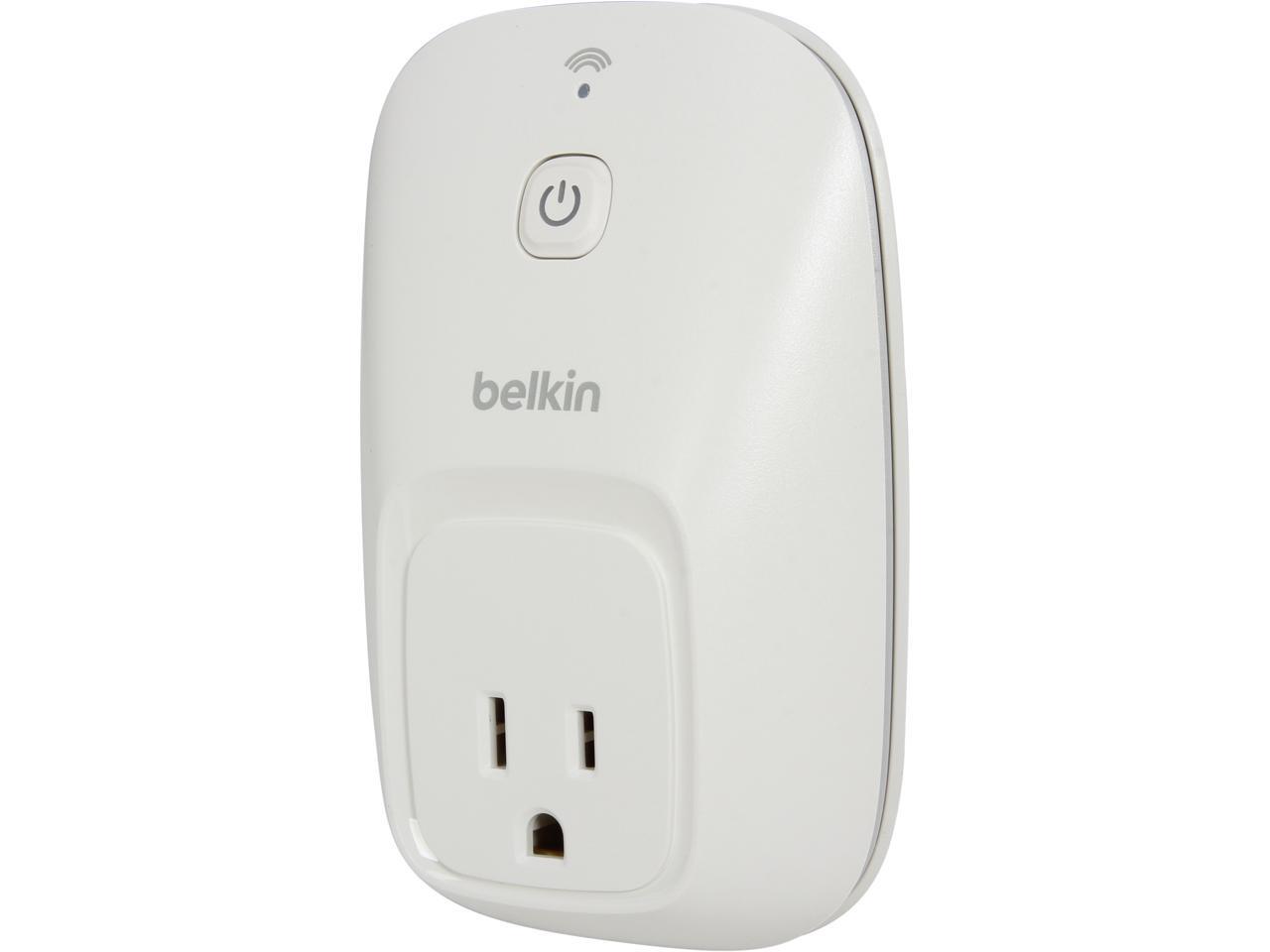 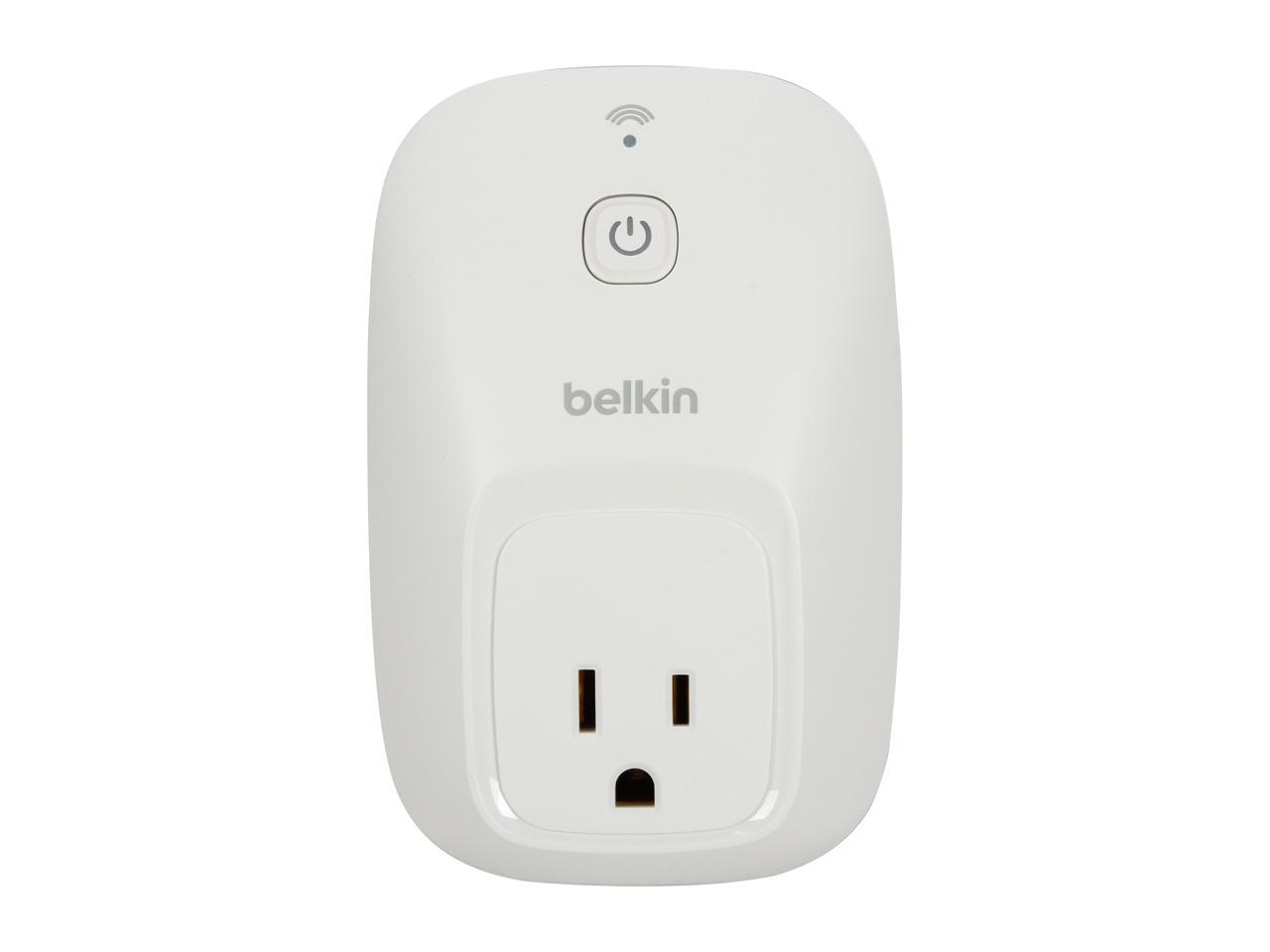 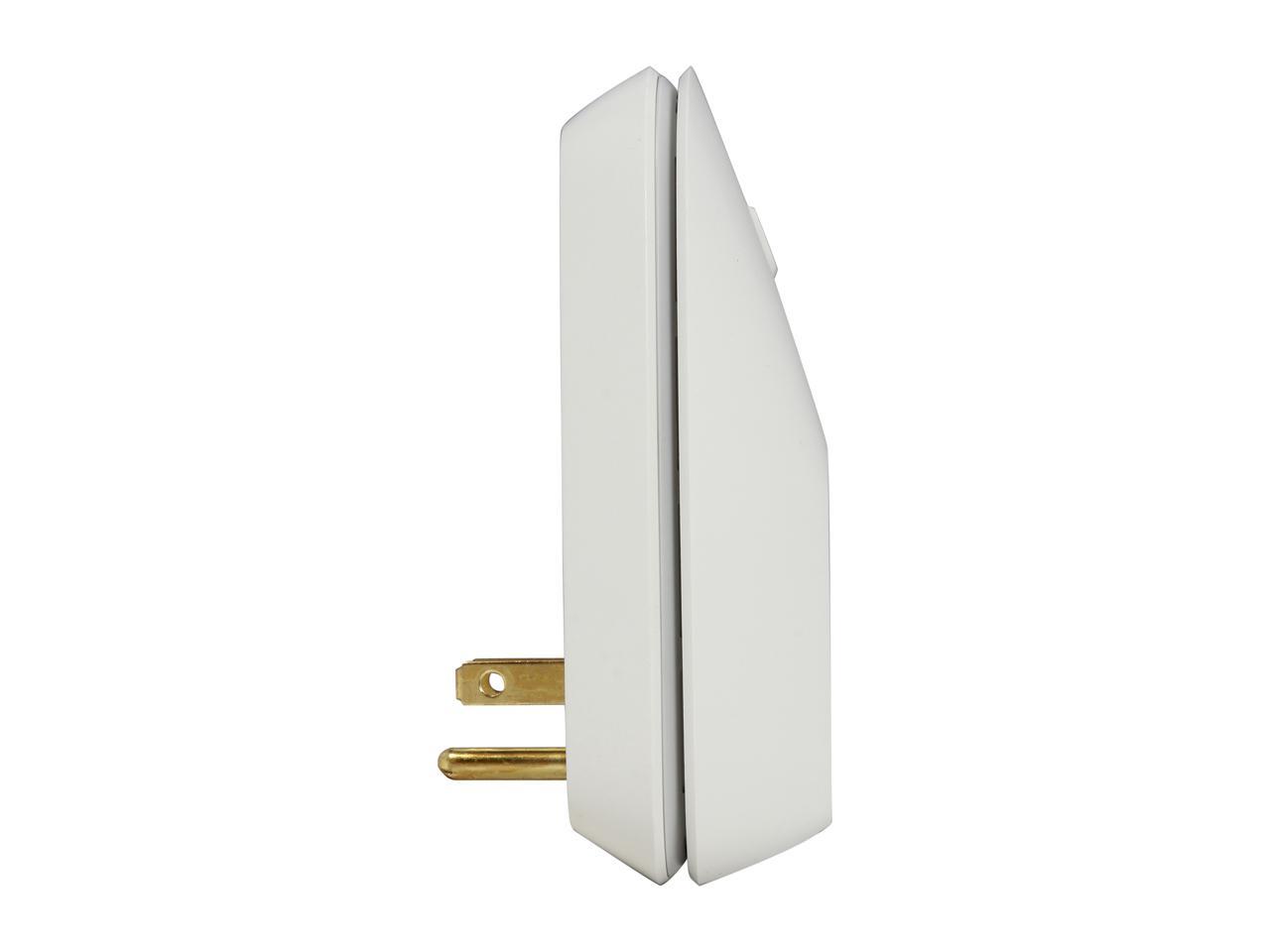 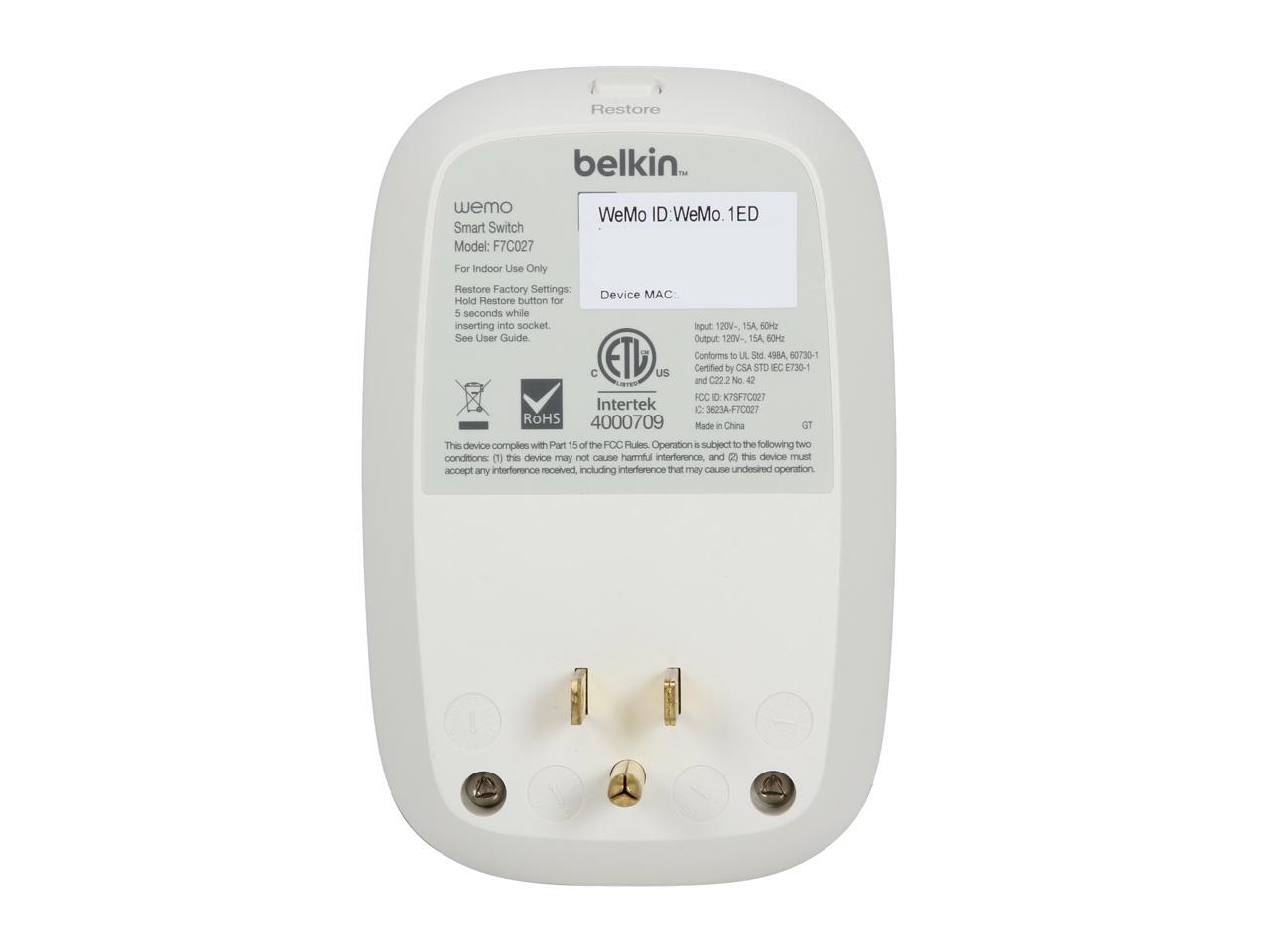 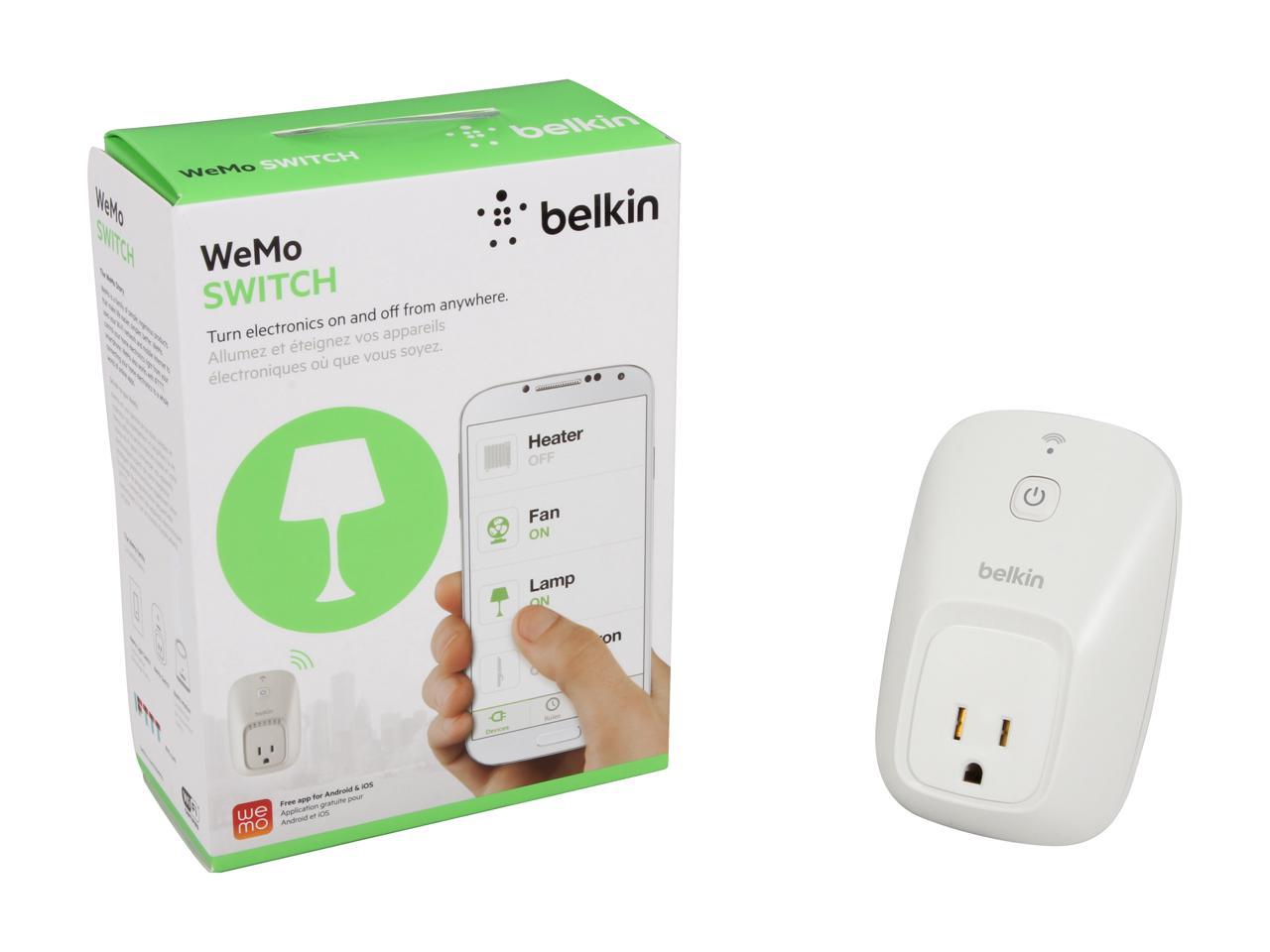 Belkin F7C027fc WeMo Switch, Operates over Wi-Fi/mobile internet, turn electronics on or off

Learn more about the Belkin F7C027fc

Cons: Does not work as smoothly as it should, instructions are lacking in troubleshooting steps I had to figure out myself and I've been doing this for years. They are connected to a extender of my network and it's just not as easy as the instructions would have one think to connect them and be able to access outside of my LAN; on the cell network. It's been a nightmare to deal with, do not expect quick and easy, expect days of making changes to your network to only re-implement them down the line. The switch itself is itself troublesome too, they do not reconnect after a power outage. THEY DO NO RECONNECT AFTER A POWER OUTAGE. You will have to resetup everything. NIGHTMARE-STAY AWAY

Overall Review: Belkin's a good brand, I've bought other devices from them in the past that performed as they should. Sad this wasn't more then it is, and I bought 2 as well, both are no bueno.

Pros: The device works relatively well, it works as a switch which turns on and off a receptacle.

Cons: The UI is horrible, and makes this device unusable. not only does it require you to use a smart phone to access, the setup takes several hours to complete successfully. Then your device will suddenly be forgotten after a week or two, or when belkin updates the App. There is no configuration port on the device you have to interface with it through the wifi on your phone, but when the device is 'setup' that wifi is not accessible. So, when you phone loses the device you have to factory reset to get it to work again. It would have made much more sense if they gave the device a web interface to be configured like your router.

Overall Review: Belkin has been 'working hard' to fix these problems, but I've had ones of these outlets for 2 years and it never has worked as advertised.

Pros: Runs as it should using iOS 6.1.6. You can access all of its features and have lights come on at set times. Easy to set up and works as it should.

Cons: Doesn't work so great with Android 4.4. It runs like it should the first time you set it up. Then after running the app a second or more time, some of the tabs, settings and rules only say Loading, and never load. So it becomes useless after that except for turning the light on or off. Don't think I want to pay money for a switch to turn the money off, or else I would buy a clapper!!

Overall Review: App for Android needs work. On iOS it runs just fine. So Apple users will be happy. Android users beware. Set it up the first time and then have to completely uninstall the app, and set the switch to factory setting to get back into the setting or rules again.

Manufacturer Response:
Hi Paul, We greatly appreciate your feedback on the WeMo Light Switch. We would like to address the challenge you experience with the managing the WeMo on an Android 4.4 device. Please make sure that the WeMo's firmware is up to date. You may also want to adjust the router's wireless settings to improve the WeMo's connection to the network. Try wireless channels 6, 9, 11, and 1. If that won't work, reset and reinstall the WeMo using a freshly-downloaded WeMo app. Feel free to email us at BelkinCares@belkin.com for further assistance. Include your contact details and the link to this review. Regards, Belkin Support http://www.belkin.com/us/support
Anonymous
Ownership: 1 day to 1 week
Verified Owner
Works like a charm!1/22/2014 7:31:06 PM

Pros: Easy and reliable setup from iOS platform. I used one of my outlets to control household recirculating hot water system. The previous timer used old fashion pins and had to be reset twice a year for day-light-savings time. The time also had to be reset after a power outage. The WeMo should allow me to only set it once and it will compensate for the two previously mentioned situations. I have the WeMo to turn on for 6 hours in the morning and 6 hours in the evening.

Cons: My Android tablet wasn't as easy to setup. I'm still working on it. The price is still quite high. Old school electro mechanical timers are available now for less than $18. Reliabilty is still an unknown.

Overall Review: I plan to slowly accumulate more wall and light switch control units over time. I plan to have a full assortment for the Holiday lighting season.

Pros: The idea is good, a remote-controllable switch. This is a rugged-looking device, capable of handling heavy loads (15A, supposedly, which would include electric heaters). Has a manual on/off button (more important that it night seem -- see cons)

Cons: Belkin offers apps for Android (4.0 or higher) and iOS. If you care to look at the compatibility list in advance (Newegg's product spec page or Belkin's web site), there are only very few devices that are compatible. More likely than not, your device won't run the app. And... there is no other way to connect to the device. No web interface (although it supposedly uses your WiFi network). No simple Telnet/ssh interface. Nothing that could be scripted. Really, really sloppy work on Belkin's side. Oh, and the switch does not even attempt to connect to the WiFi network, as I was able to see from the router's logs (so, no hacking). Right, the instructions (all of one little page with cute pictograms) tell you to install the app first. No app -- no switch. It's really that simple. No switch, no eggs in this review. Simple, too.

Overall Review: Here is another example why the case should be made for open source software. A good product idea is bombed by poor software. Belkin makes its money by selling the devices, right? So why not offer the source code and let OSS developers expand the list of compatible devices and even the functionality?

Pros: The hardware itself works great. Once programmed it does as it's told and works over WiFi or Cellular just fine.

Cons: 1. Will ONLY be controlled by iOS or Android. 2. Does NOT work with Android 4.4 or newer 3. Cannot use with an iOS and Android together. You MUST pick one device otherwise the config will get corrupted or you cannot see the device with one device or the other.

Overall Review: They really need to fix the software. This device could be so great if they would only spend time fixing it. 3rd party software works better at controlling this thing than Belkin itself. So sad.

Manufacturer Response:
Hi Thomas, We appreciate your feedback and we will relay this to the Team for future product developments and improvements. We can use multiple handheld devices (iOS, Android, or mixed) to manage a WeMo device. If you're having difficulties managing your WeMo device, send us an email at BelkinCares@belkin.com with your contact details, location, and the link to this post. We will get the Team to assist you. Regards, Belkin Support http://www.belkin.com/us/support
Pete b.
Ownership: 1 week to 1 month
Verified Owner
Must be doing something right3/15/2014 7:34:37 AM

Pros: Works like a charm using both an old IPOD touch and ipad mini .

Overall Review: Set up easily, easy to program and has been reliable.

Pros: The Android Apps was very buggy at first but after few updates it's working the way it's suppose to. Rules for scheduler is finally working. They fix a lot of bugs.

Cons: Doesn't have Desktop software and doesn't have native API so I can build a custom software to control the devices. I have been using API made by someone but with devices updates it break the api made by third party.