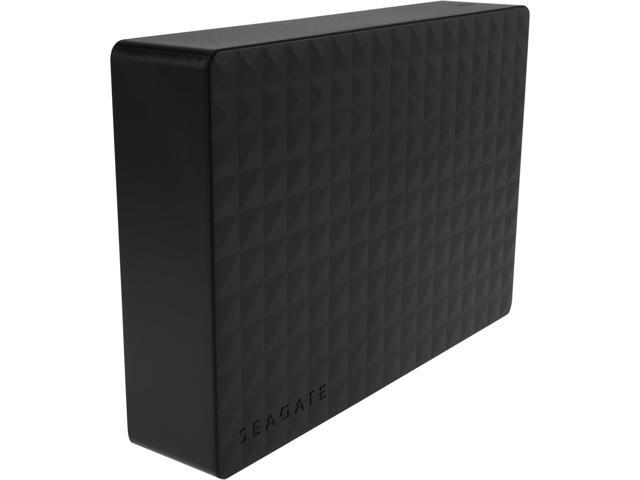 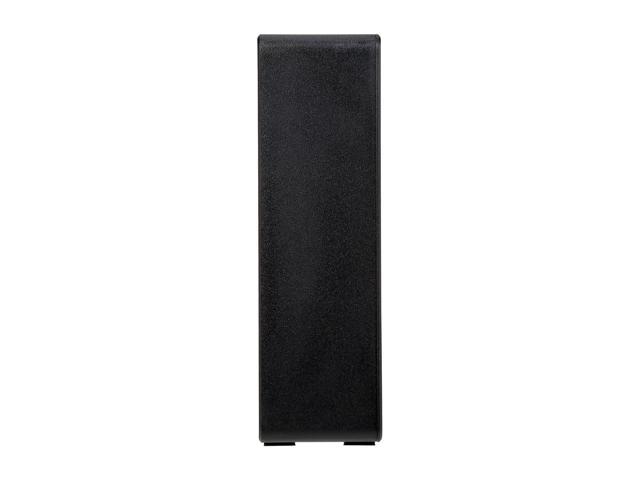 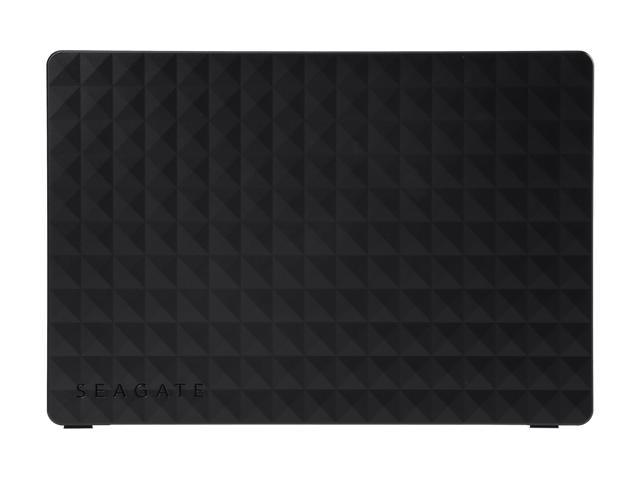 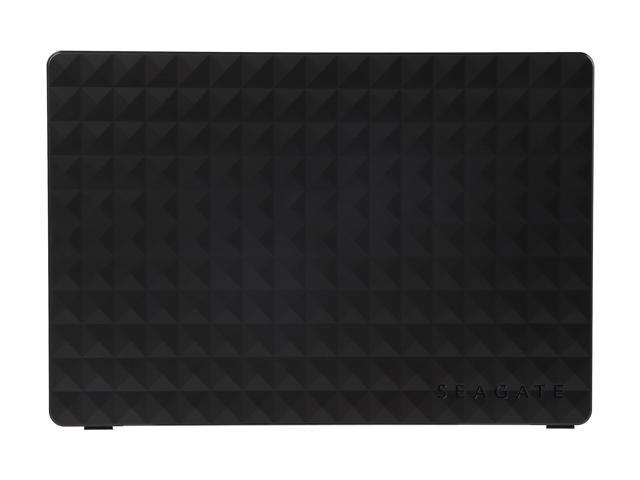 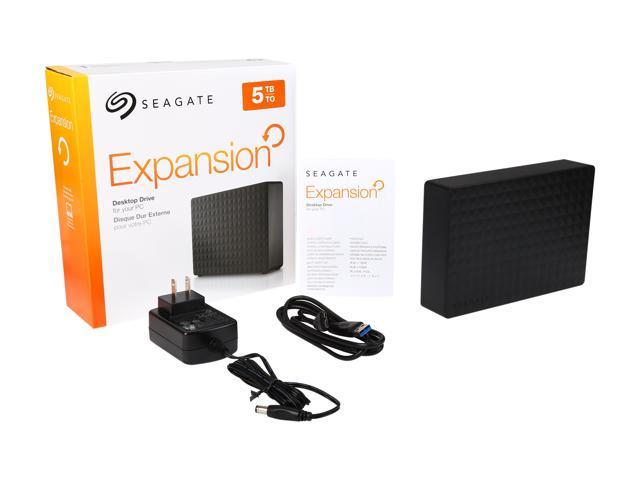 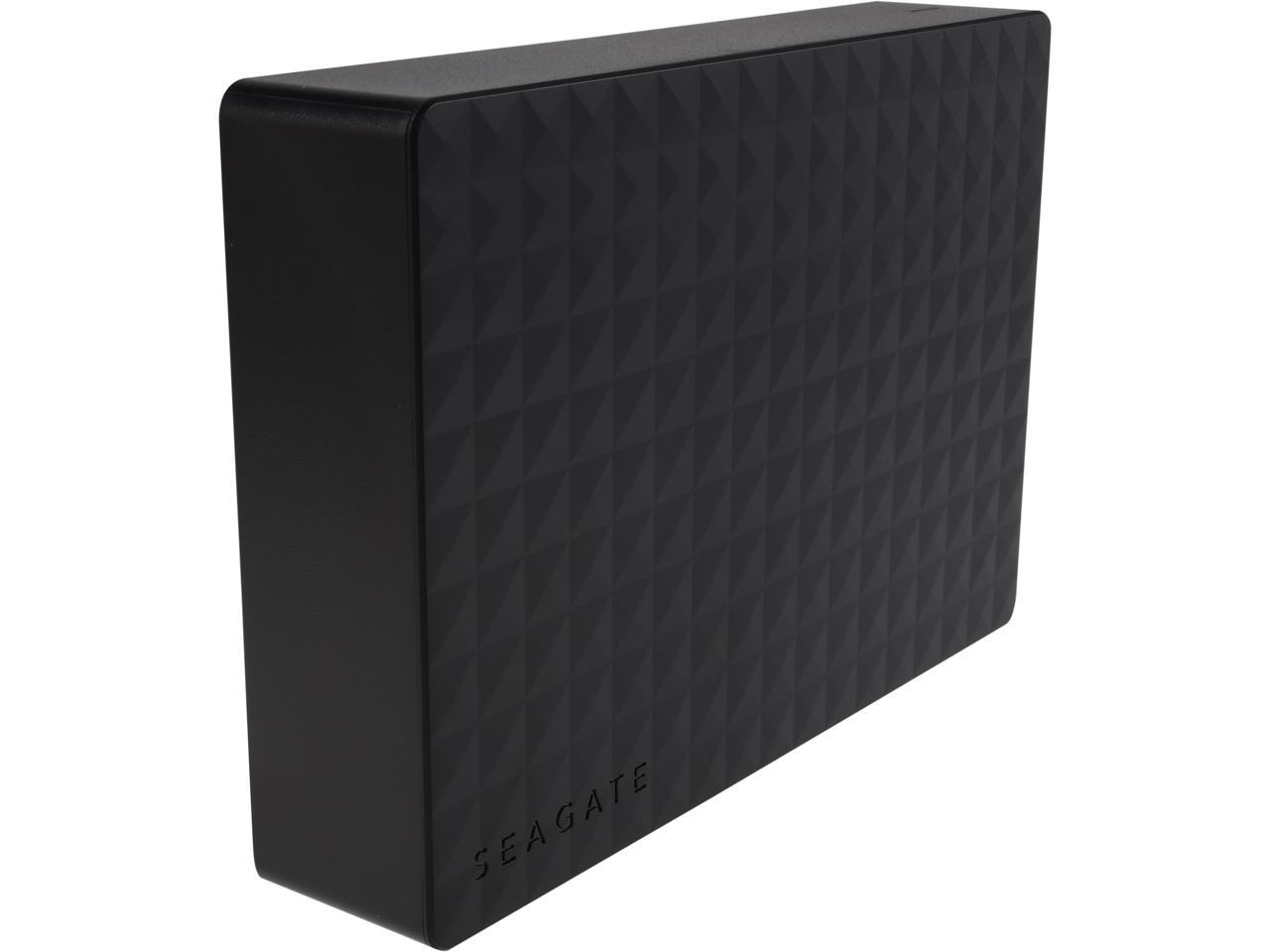 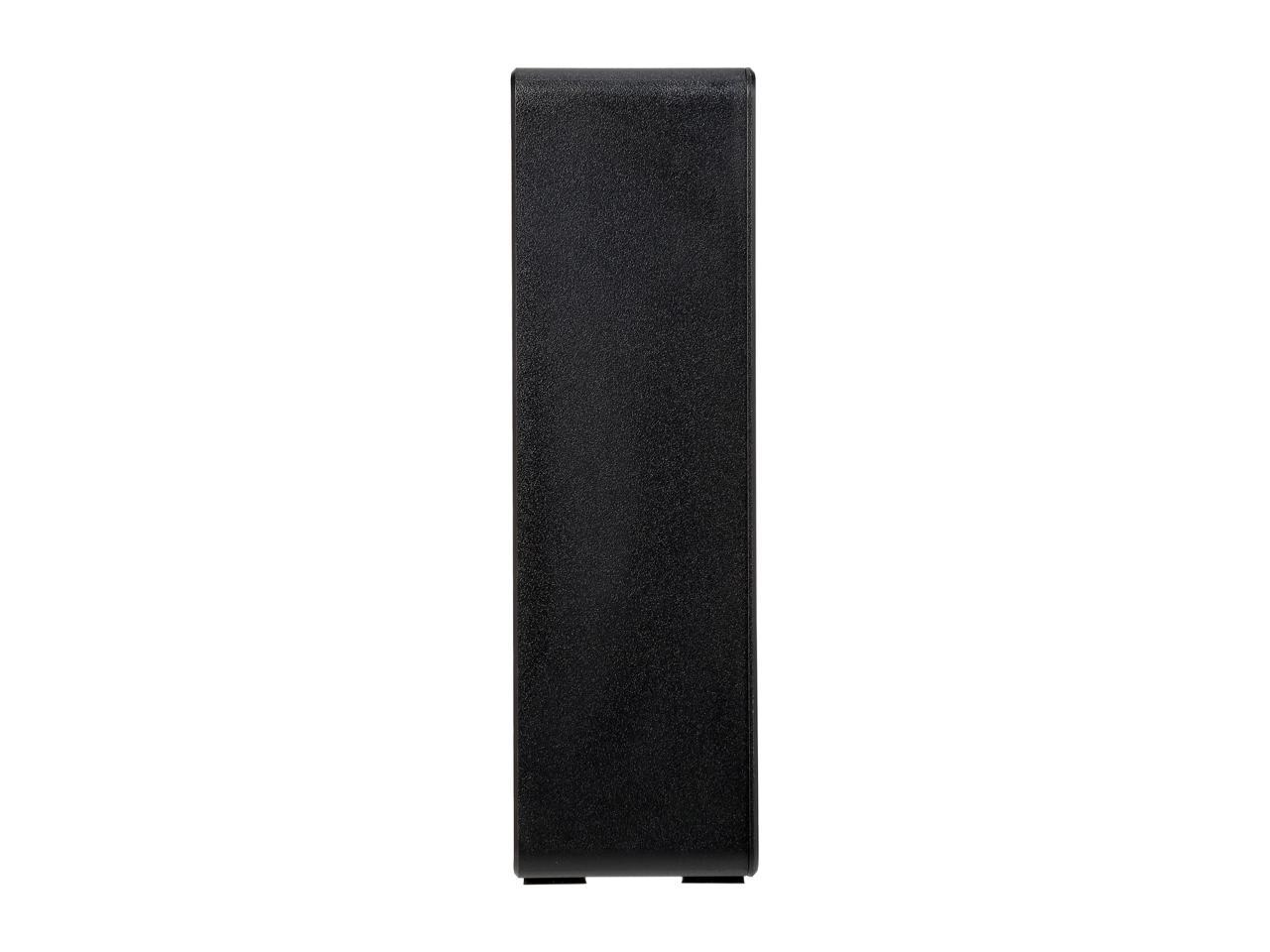 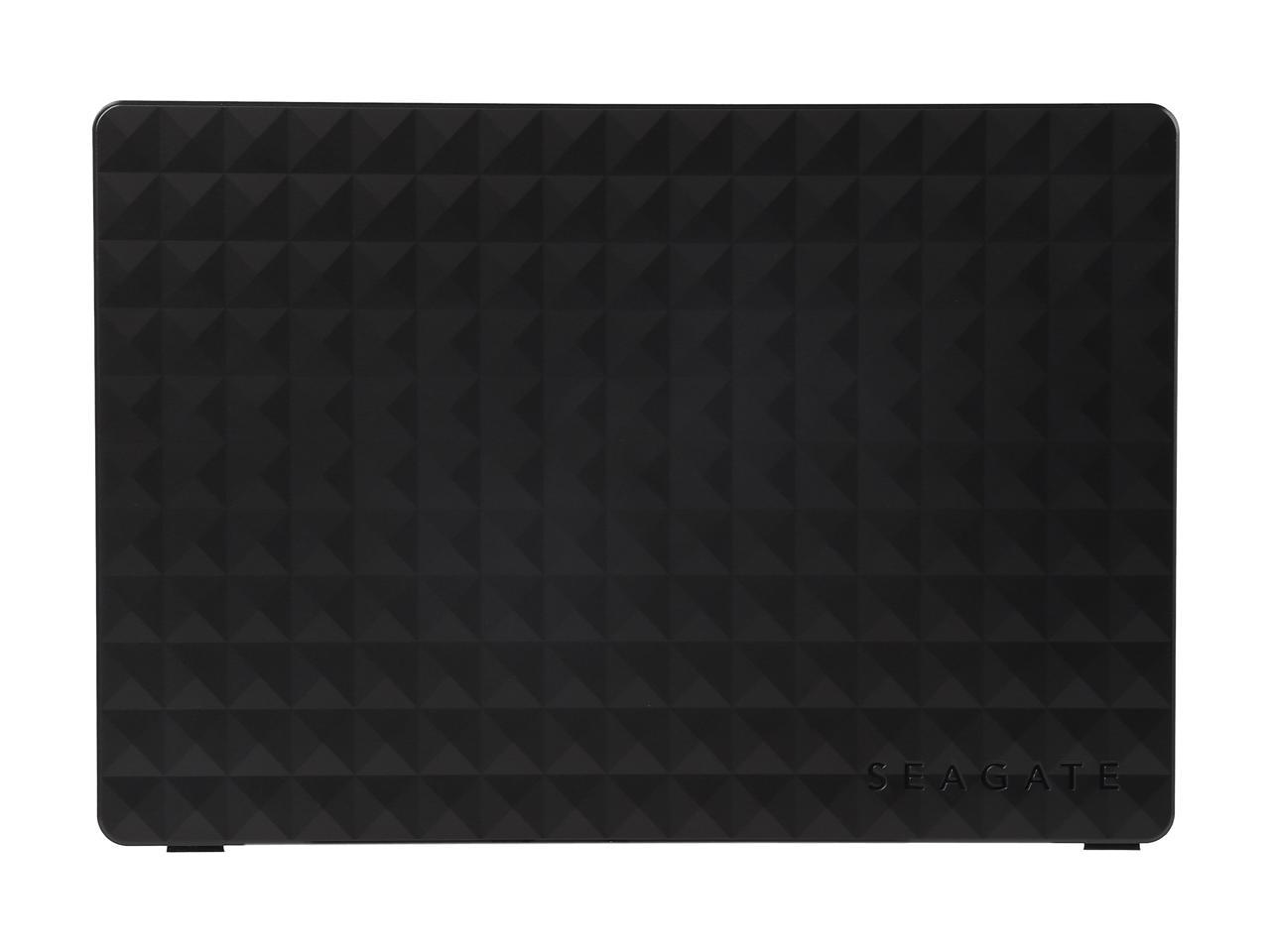 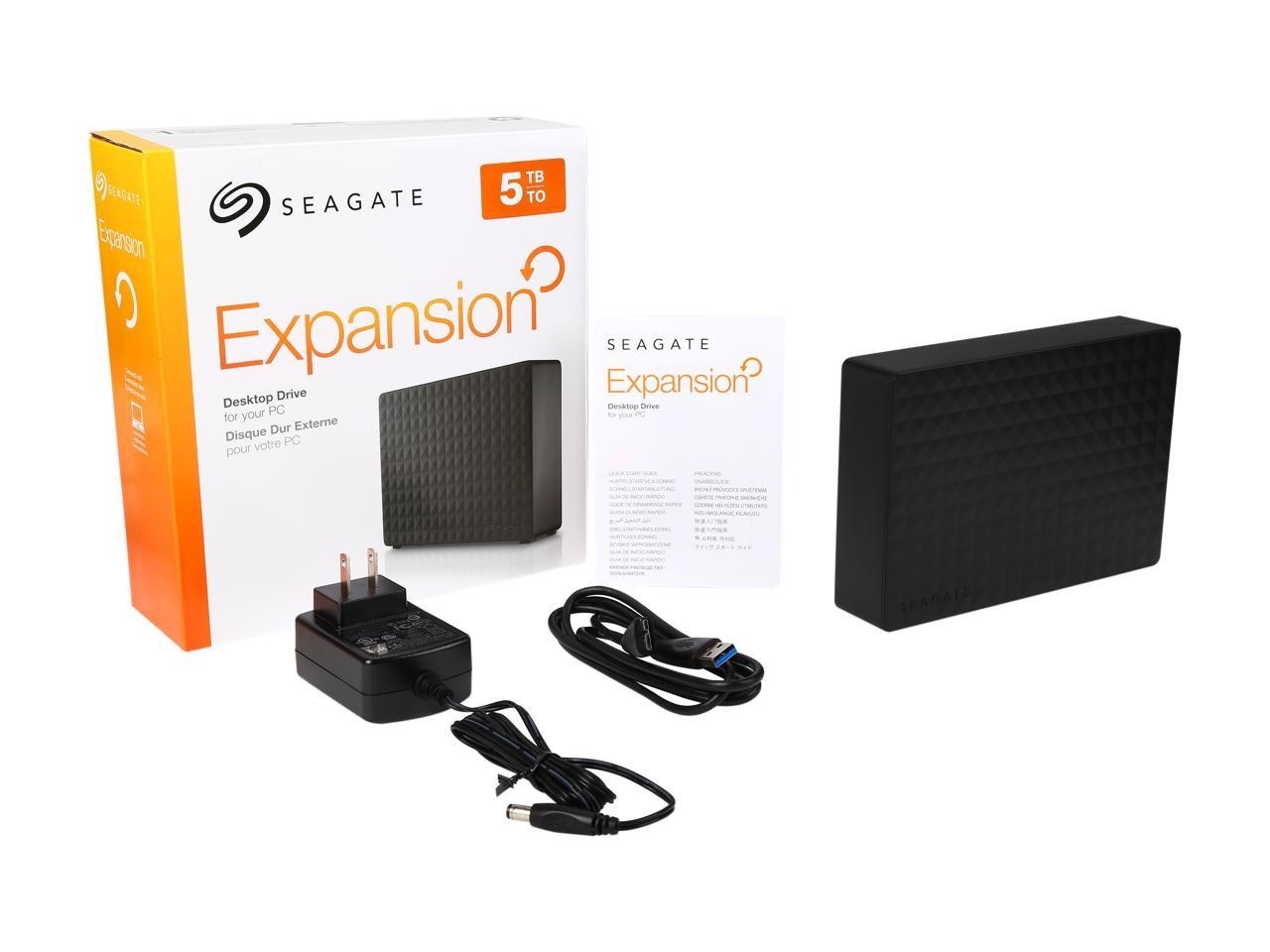 Learn more about the Seagate STEB5000100

Pros: This is my second Seagate external drive, with my first being a portable (no external power supply) 1TB drive. I’ve decided to put this one to use in two different ways. First, I’m migrating my little virtual machine “server” from Windows 7 to XenServer, and I have quite a few VMs to move. Second, after this, I’d like to move all of my pictures and music from my internal drive to this one. This tests both the large file transfer and multiple small file transfer (>100,000 files I think). The bulk file transfer went over very smoothly. My VMs and related files took up almost 2TB, with some VMs being as large as 20GB files. I can’t remember the exact transfer speed, but I feel like it was somewhere close to 200MB/s. It took between an hour and an hour and a half to get them all transferred. Overall, I was very satisfied, I feel like the transfer part took longer than the actual export process (into OVFs). Small/medium size files also went very well. Transfer rate isn’t as feasible of a measurement, but I transferred slightly under 1TB in total of various media files, including music, pictures, and videos. I had done this before with the Seagate portable drive, and this drive performed much quicker overall. The enclosure is also very well designed. I feel like there is not much extra space used up to cover the drive, maybe only slightly thicker. It also looks nice, though I bet it also serves for a practical purpose as well. There are indentations all over the enclosure, and I think they help cool the device (but I could also be completely wrong about this… at the very least, I think they look cool). It’s also very quiet, the drive vibrations don’t rattle the shelf or anything on top of it.

Cons: The LED is a little bright for my tastes, and you can’t turn it off. Also, the drive is occasionally slow to get out of standby mode when you don’t use it for a while. However, for the most part, I have very little to complain about this drive.

Overall Review: A great backup drive, highly recommended. I’ve been attempting to become more reliable with backups, so this will help a lot. Also, since this is not one of the terrible Seagate 3TB drives, I’m not worried about reliability. That doesn’t mean to not have a third option for your backups!

Manufacturer Response:
Dear Brandon W., We wanted to note that we do have Seagate Settings software that you may use to turn off the LED light. Here is a link to this software: http://www.seagate.com/support/downloads/item/drive-settings-master-dl/ Please verify that the latest USB chipset drivers and Windows updates are installed for your system, as not having the latest drivers and updates can cause the symptoms described in your review. Please reference the following support article for more details: http://goo.gl/t6ASqf If you have additional questions or concerns, please contact our support staff and we will be happy to assist further: http://www.seagate.com/contacts/ Best Regards, Seagate Support
BRANDON R.
Ownership: 1 week to 1 month

Overall Review: I was able to use this drive as both a stand-alone backup and connected to my NAS to use as a backup target. Connecting the drive to the machine and using Seagate’s software was probably one of the easiest things I have done. You basically click PC Backup and then you can just choose protect now, after that it creates a continuous backup of all your user files. You can also create a custom backup plan and choose your own folders, I know that I don’t always save everything to “My Documents”. Copy performance was very good, average file copy was around 135 MB/s for reading and 123 MB/s for writing. This drive was also fairly quiet and didn't appear to get hot to the touch. I’m currently using this drive as a backup destination attached to my NAS, so far everything has been running well. If I have any issues I’ll make sure to update my review.

Pros: HD Tune Pro Read (4 MB Blocks): Minimum: 82 MB/s Average: 143 MB/s Maximum: 188 MB/s In real-world file copies, I'm seeing about 190 MB/s read and 170 MB/s write, which are very impressive for an external hard drive. While powered on, the drive emits a low humming noise when the disk is spinning. During reads, there is no noticable extra noise. However it does make the traditional churning sounds while writing. On the whole, this drive produces the typical amount of noise for most external HDD's -- it's no quieter or louder than usual. However, given the capacity (5 TB), the noise is much more impressive.

Cons: The rubber mounts are placed along the width of the casing, so the drive stands vertically. It seems like a strange way of positioning the case, since it can be easily knocked over. Mounting hard drives vertically is perfectly safe, though. Just make sure the enclosure is stored somewhere secure otherwise it could fall off your desk, shelf, etc, and break. Storing the drive horizontally might work fine, but vibrations through the case could cause extra noise.

Overall Review: The included power adapter is about 5-feet long, the included USB cable is slightly shorter around 3-feet. Both are adequate lengths and props to Seagate for not skimping on the cables. Too many companies bundle mini-cables in these situations and it can be very frustrating.

Overall Review: The Seagate Expansion 5TB USB 3.0 3.5" Desktop External Hard Drive is relatively small as it is just slightly larger than a standard 3.5" internal disk. The drive has a flat black finish with a triangle/pyramid texture on the two large sides. The bottom and back of the drive have triangle passive vents. The USB 3 Micro B and power connections are also located on the back of the drive. It is unfortunate that the drive uses Micro B for the USB 3 connection instead of USB A connection, which adds compatibility along with feeling less flimsy. When powered on and plugged into a computer, the long single blue LED becomes visible on the top of the drive and blinks for activity. Windows 7 and 8.1 recognized the Seagate Expansion drive automatically as it is formatted with NTFS. There were no auto run prompts for included software. The only data included on the drive was Seagate hardware registration, which was simple to complete. After completing the registration, I removed all data from the drive which left 4.54 TB of formatted space. When concurrently copying over 3 TB of data from multiple disks to the Seagate Expansion drive, the average write speed was 112MB/s. Copying data from the Seagate Expansion drive to the computer averaged a read speed of 120MB/s. The drive itself was warm to the touch while data was being copied but not hot. I recommend this drive for anyone looking for a large USB 3 drive that is small in physical size.

Pros: I have five of these drives, ranging from 1 TB to 5TB, and they are great for PC and DVR use. Data Transfer: With use on my desktop PC, the data write speed was 101MB's and read at an okay 171MB's. For an expansion drive for a PC, is a decent but not incredible performer. When used with a TV DVR, you are at the mercy of the DVR, so speeds will be very slow. Impact resistance: Has no issue with a drop from 5 feet while running. Wouldn't recommend repeated drops as the first damaged the corner. 3.0USB: Should be a requirement for all drives. Plug and play: Both PC and DVR recognized the drive instantly and had no issues writing and reading. Quiet and cool temp: Not always easy to find in a drive, but the Seagate doesn't get too warm and is VERY quiet. Compatibility: Can be used with a PC, Wireless Router and DVR.

Cons: Weight: The heavy inflexible internal frame that supports the drives and the thick plastic outside, make for a large heavy item, that could be much thinner and lighter. Very old school protection setup for impact. The use of urethane or silicone foams would provide far better protection and make the product not feel like a unstable brick when on its side. Too large in size, again, there are cheaper and better ways to make the product smaller. Power: The drive needs its own power supply due to how many drives there are, being not able to use just a USB connection. Cannot be used with a MAC!!! MAC drives always cost more.

Overall Review: Most of the time the drives is used for the DVR for recording movies and TV shows, and it performs flawlessly every time. I also use the drives to plug into my wireless router to record security system footage on to. Warranty: Would be nice to have a longer than 1 year warranty on a storage device. Dishnetwork DVR Desktop PC with Windows 7 Netgear 3700 Router

Cons: 1 year & 3 months after buying two to make a RAID-1 TimeMachine backup pair for our Mac mini file server, one failed. Out of the 1-year warranty of course.

Overall Review: Found that the HDD in the box is the Seagate Archive model. It's meant for "offline storage" even though it also says "Engineered for 24x7 workloads of 180TB per year". Pretty sure we did not do over 180TB of writes to it yet. Here's info from the Seagate Archive HDD PDF: Best-Fit Applications [2] • Big Data cold storage • Cloud active archive • Cost-effective online archiving • Object storage • Web-scale archiving [2] Archive HDD's are not intended for surveillance or NAS applications, and you may experience lower performance in these environments. For these applications, Seagate Specialty Hard Drives are suggested for better performance and reliability.

Overall Review: I really didn't want an external drive, but it was $20 cheaper to buy the external and rip the drive out than to buy the internal drive. since i needed 4 of them, that extra would have added up. doesn't make sense why the internal SATA drives are more, but ah well. i now have spare USB 3.0 to SATA adapters.

Pros: The price point is great. The drive case is smaller that the average 5Tb HD. 220v compatible. I'd recommend this to others.