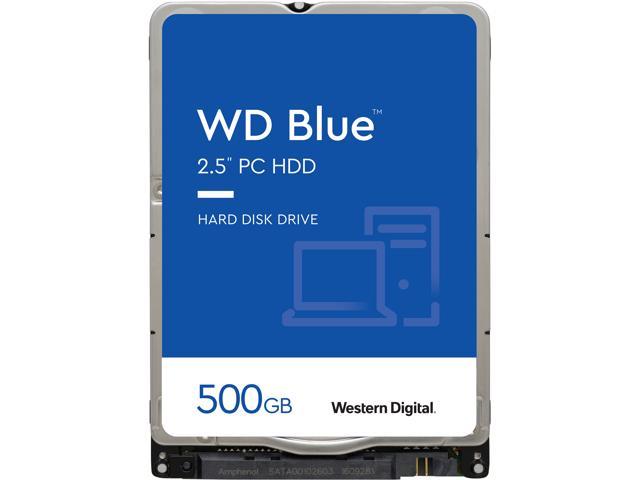 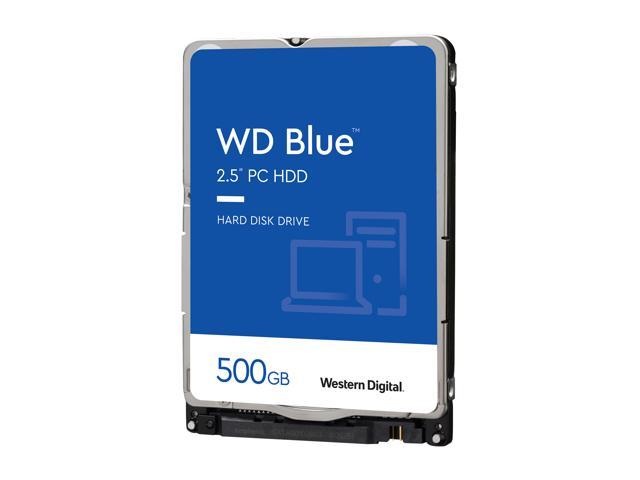 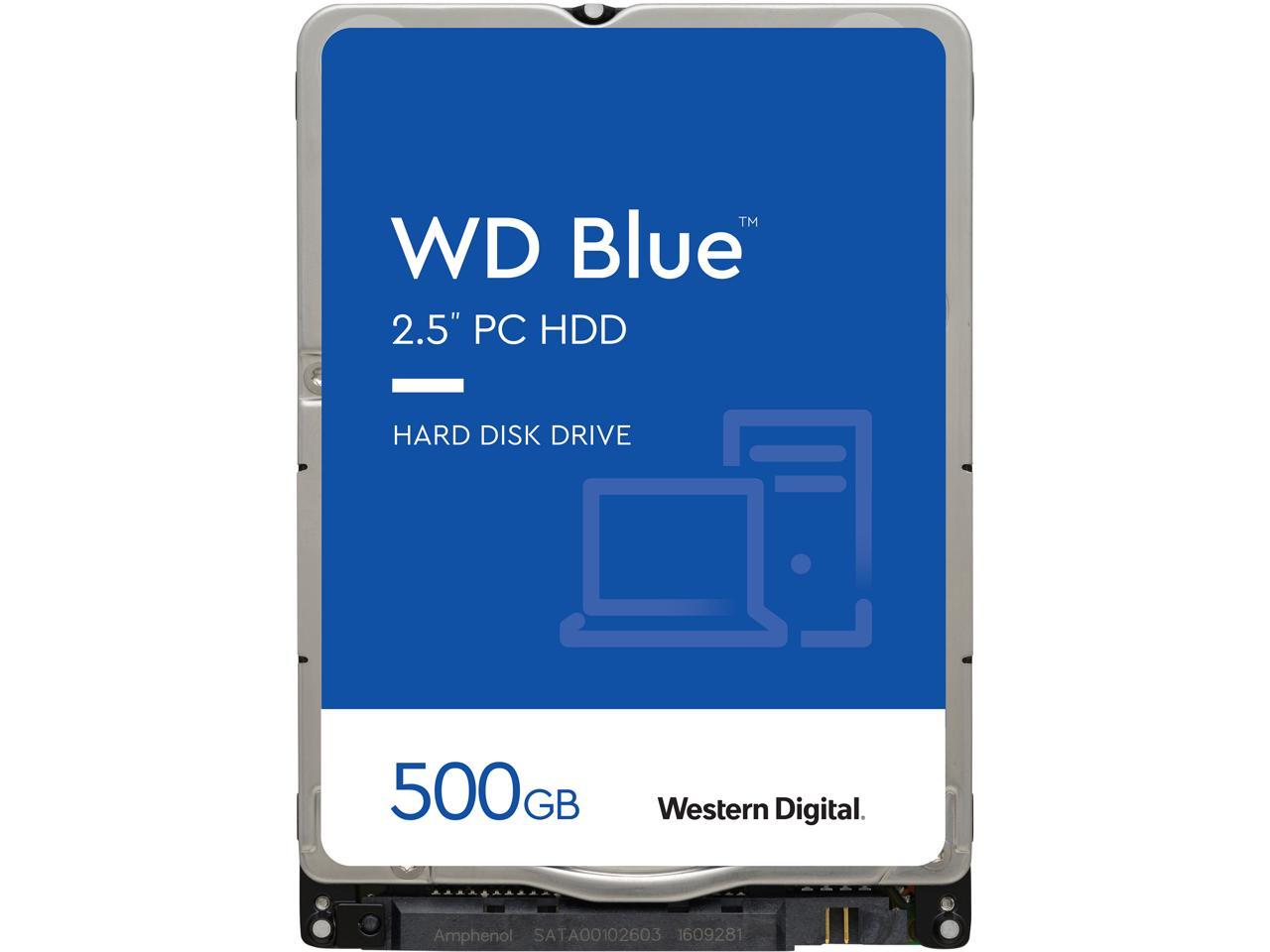 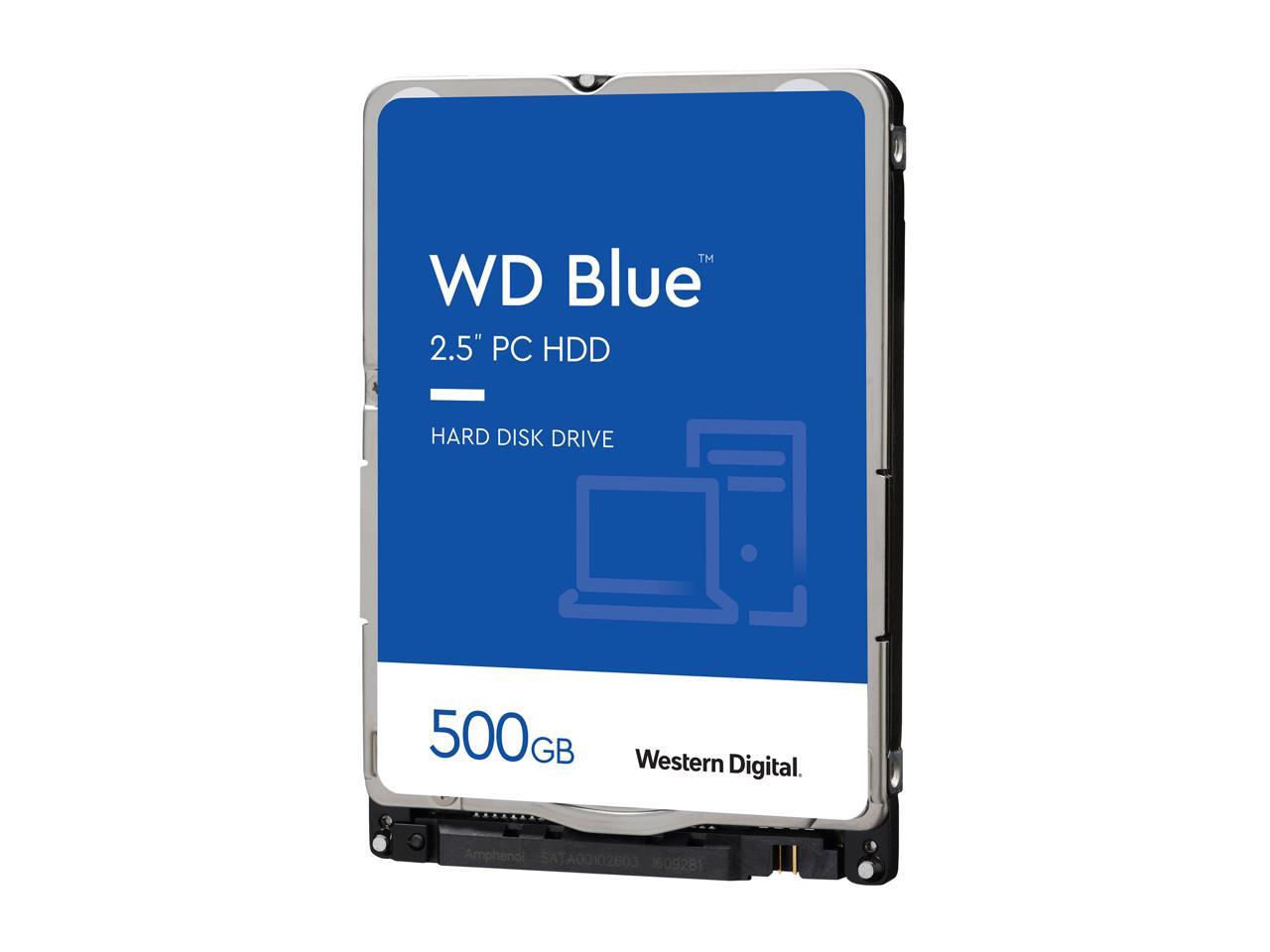 Pros: 2 TB on a 2.5" drive only 7mm thick and made by Western Digital! Drive seems fast for a 5400 RPM drive with read operations - I get read speeds nearly 200 MB/s. Small writes are also very quick, probably because of the MASSIVE cache.

Cons: For some reason the label is on the bottom of the drive and the top is just a blank white label... not sure why WD did this but it really doesn't effect the use at all, but looks weird.

Overall Review: In all seriousness, I wish WD has made these available for sale like 2 moths earlier when I bought 5x 2TB Seagate FireCudas. The Seagate FireCuda has a slight edge on speed due to it being a SSHD, and has a much longer warranty, HOWEVER... I've had the Seagates for 2 months and have already had 2 failures. At the time WD only offered a 15mm thick PMR version (and with less cache). I'm very pleased that this drive is finally available as now I can have the vastly better reliability of WD. I can't wait until the capacity gets even better. Keep your data safe... buy WD. Be aware that this drive uses SMR technology (Shingled Magnetic Recording) to achieve such high density in a small package. If you don't know what that is, think of how shingles on a roof are laid out partially overlapping each other - that is how the data is laid out on the drive platters. While this allows significantly higher capacities, it creates some complexity to writing. If the drive needs to write data in the middle of existing data, it can't just "place" it there like a HDD using PMR technology because other data also overlaps it. What it has to do is put the data in a temporary location, then re-write all the shingled data afterwards to the end of the track break. What does this mean for you? No change really in the way you use it. Just be aware that writes to the drive place the data in a temporary position, which is then relocated and shingled later on. The drive is smart enough to do this when you aren't busy, but this will make the drive sound like it's doing a lot of work even when the computer is idle. So if you hear the drive churning away while you are seemingly doing nothing - this is completely normal on any drive using SMR. The constant busy sound is not a defect, but rather a side effect - and it stops when the shingling is complete. If you use this as a main system drive, there are so many random writes with the paging files and temp files that it may never fully shingle the drive, making it sound as if it never stops working. For that reason, these are best used as storage drives that are read to often, but written to rarely. Don't even think about using an SMR drive in a RAID setup as you'll get very poor performance.

Cons: It is a shingled magnetic recording (SMR) drive, but NOT ADVERTISED. SMR likes sequential data but not random access. Operating system logging, web browsers, email, and other examples create many random writes, small file writes, and small file moves. As a primary system drive, things can be slow.

Overall Review: Ideal for the "other drive" in hybrid SSD-HD computers. Either a SSD-HD hybrid laptop or HTPC. You spent $$$ for an NVMe SSD on the MB, so why spend more for the static storage. SMR drives are dense and excellent on the read direction. 128MB cache, which is necessary for the write-replace cycle, can be a huge win for reads. So if you just need a place to keep all your videos, photos, and stock art, then okay. Just don't do post production processing on the drive. Also okay for static storage NAS such as an HTPC doubling as a samba server to push mobile device backups to.

Manufacturer Response:
Hi Anonymous, Thanks for the time reviewing our WD Blue 1TB HDD. Please note our WD Blue series of hard drives are designed for and intended as OEM replacement/upgrade capacity drives. On the question, “WD should openly label "SMR" or "Archive" Drive”, Information on which of our drives use PMR vs SMR is not something that we typically provide to our customers. What we can tell you as an FYI most products shipping today are Conventional Recording (PMR). We began shipping SMR (Shingled Magnetic Recording) at the start of 2017. PMR Perpendicular Magnetic Recording (PMR), uses a parallel track layout. By increasing TPI with SMR technology and decreasing the space between tracks, SMR offers tremendous potential for overall hard drive capacity gains. SMR Shingled Magnetic Recording (SMR) is a new hard drive technology that allows the tracks on a platter to be layered on top of each other, just like roof shingles on a house, to increase platter density or tracks per inch (TPI). Refer to the link- “Perpendicular Magnetic Recording (PMR)”: https://support.wdc.com/knowledgebase/answer.aspx?ID=3589&s= SMR increases the capacity of a drive-by increasing the Arial density or adding more tracks per inch. There is little difference in the recording technology used and the performance for reads/writes. If you feel your drive is not operating optimally, we recommend running our Data Lifeguard Diagnostics for Windows; or, testing a drive for problems with Disk Utility for Macs. “Testing a drive for problems using Data Lifeguard Diagnostics for Windows”: https://support.wdc.com/knowledgebase/answer.aspx?ID=940&s= “How to test a drive for defects or problems on a Mac”: https://support.wdc.com/knowledgebase/answer.aspx?ID=866&s= You can contact us via phone or email below. Need Help? Please contact us at: Phone: https://support.wdc.com/contact_phone.aspx?h=4 Email: https://westerndigital.secure.force.com/ind/?lang=en
Jeffrey I.
Ownership: 1 day to 1 week
Verified Owner
Satisfied with purchase, but a little surprised...with Newegg6/6/2019 6:04:16 PM

Pros: I have been building and buying computer components for about 20 years and I have always bought Western Digital hard drives. I have had no issues ever with the HD failing over the years

Cons: I received the product today, 6 June 2019., opened the package and was a little dismayed to see the Mfgr. date was 2 June 2018. Never happened before, never. The sold by and ship by was Newegg,.

Overall Review: I went to WD website and input the Serial # and it showed that the warranty expires 14 months from today. Newegg's website says 2 year warranty. I saw that others had this same issue, so I called WD. A rep came on the line within 1 minute. The rep told me what to do, a simple step. And after I did this, they would honor the 2 year warranty. #2ThumbsUp!!

Manufacturer Response:
Hi Jeffrey I., Thanks for your interest in the WD Blue internal hard drive; your feedback is always appreciated. We are happy to help with any questions or concerns you may have in the future. We would like the chance to work with you directly to help address your concerns and help provide a good overall user experience. You can contact us via phone or email from below mentioned contact details. Need Help? Please contact us at: Phone: https://support.wdc.com/contact_phone.aspx?h=4 Email: https://westerndigital.secure.force.com/ind/?lang=en
Anonymous
Ownership: 1 month to 1 year
Verified Owner
Two drives make RAID apps/backup partition7/31/2018 11:32:24 PM

Pros: Two drives work well as RAID drive for Steam games and backups RAID drive writes at 280MB/s from an SSD (copying large files) Quiet/silent, which is exactly why I ordered these instead of desktop drives (tend to be noisier)

Pros: Everything you come to expect from WD... Low failure rates and good prices.

Overall Review: Had to replace a dead drive for my parents laptop, upgraded their old seagate 500gb with this 1tb. Couldn't ask for a better drive for the money.

Pros: Set up in a family member's computer as backup storage for the ssd in a m-atx case. Will be just as reliable as a 3.5" given all the dog hair and dander this thing is going to subjected to.