Purchases from these Sellers are generally covered under our Newegg Marketplace Guarantee.
Sold and shipped by: AngSContact Seller
Ships from China.
Price Alert
Add To List 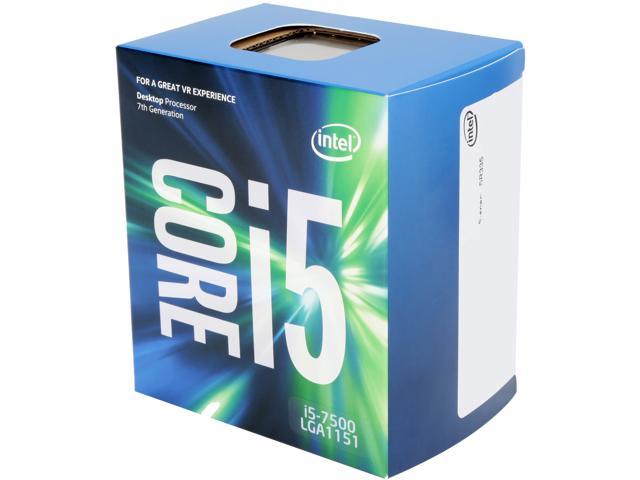 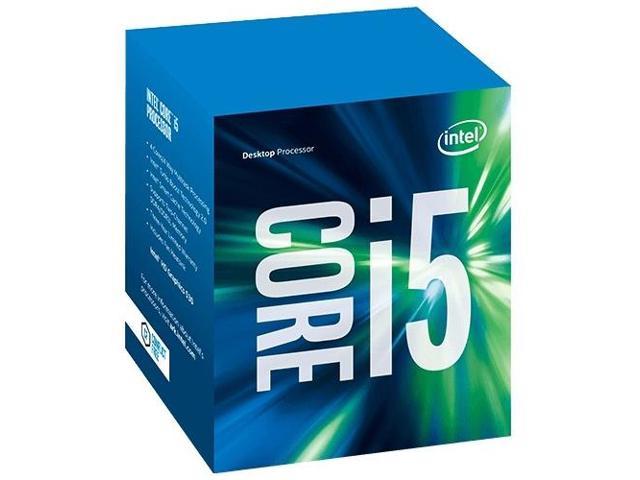 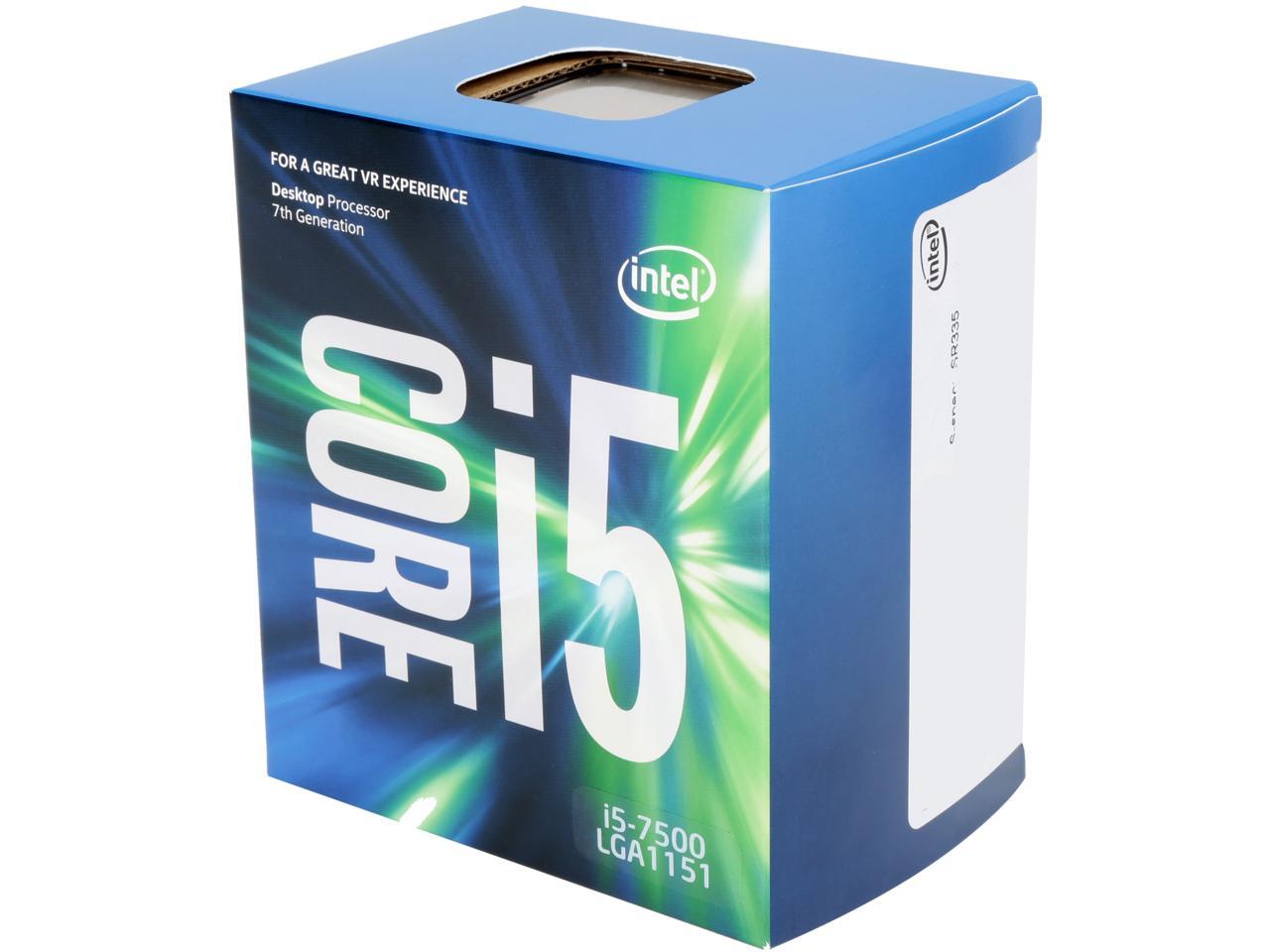 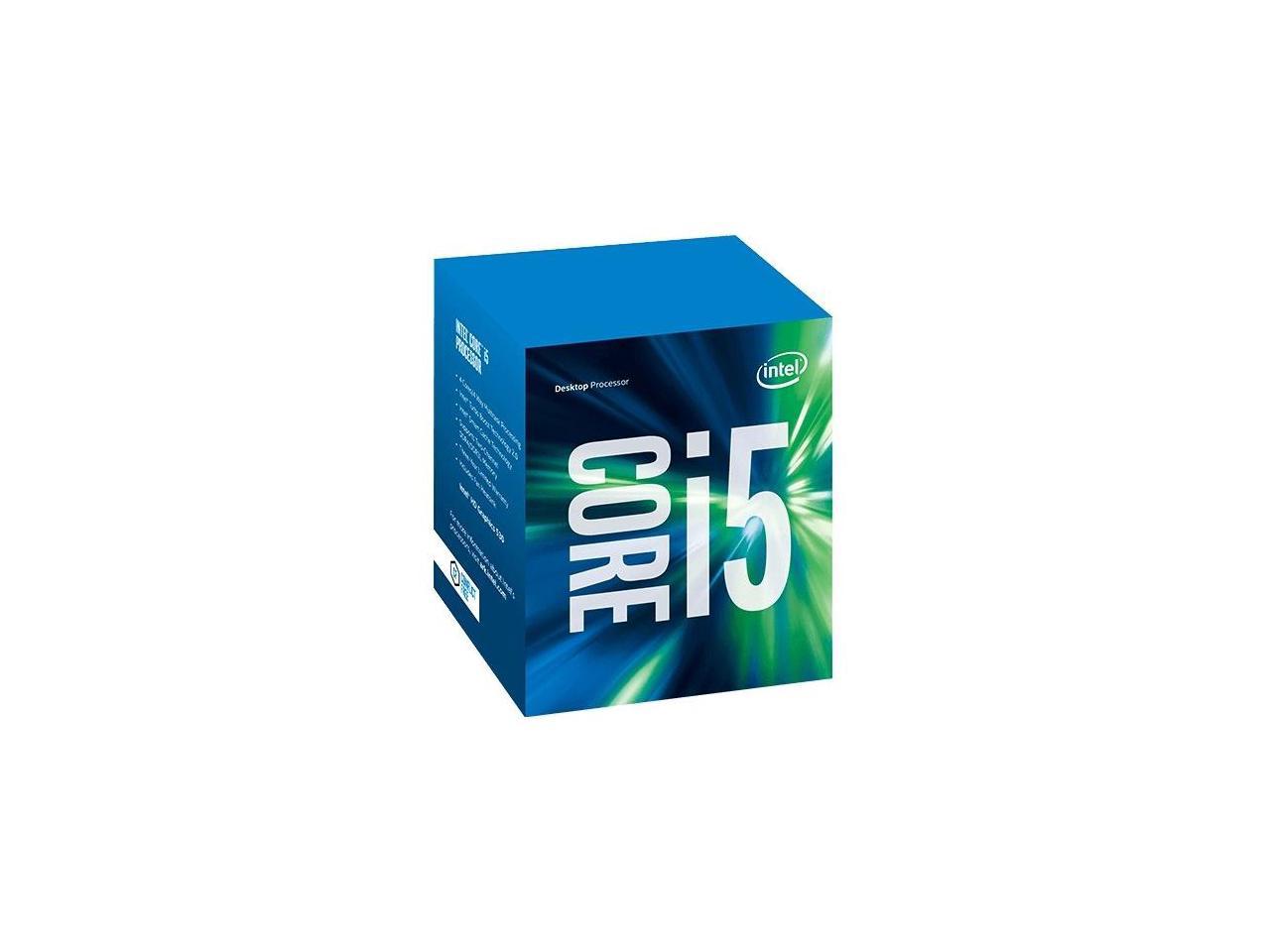 Pros: I purchased the i5 7500 from NewEgg on 5/6 in the afternoon, and after a quick install am writing this review the next day. Had a G4560 that is a great CPU but was having some trouble running a few games without stutters and dropped frames, so I decided to put my Pentium up for sale and invest in an i5. Don't get me wrong -- the G4560 is without a doubt absolutely the best value CPU on the market today, but I noticed in CPU heavy titles like Dishonored 2, Deus Ex, and a few MMOs the dual core CPU was having some issues. The i5 7500's single core performance is just below a 4790k, and it turbos @ 3.6 ghz on all 4 cores making it's performance the same as a 6600. The 7600 turbos @ 3.9 ghz on 4 cores, but the $30 price difference equals into negligible difference between the 7500 in gaming scenarios. Investing in this CPU and an SSD has made a world of difference in silky smooth gaming performance.

Cons: The pre applied thermal paste can turn your fingers into greasy greyness if you are unaware. Also I've noticed a slight increase in noise from the CPU fan coming from the G4560....but not that big of a deal. Some people have also mentioned that the CPU fan's plastic pins seem flimsy but with 4 turns and a tug the heatsink removed pretty easily without damage.

Overall Review: Playing on consoles made me wish for nuclear winter. -SuperMcMutant (steam)

Overall Review: I'm very happy with this processor. I used it in my first computer build, so I don't really have much else to compare it to. But everything powered up and worked the first time I turned on the computer. This CPU is more than enough for me as a mechanical engineering student (CAD program and various other simulators). The other equipment used in the build was: Asrock Z270M Extreme 4 motherboard (no issues, the motherboard worked immediately with this CPU) Team Elite 2x4GB RAM Geforce GTX 750 Ti (second hand, used) Adata 480GB SSD DIYPC Cuboid case EVGA 80+ bronze power supply Cooler Master Hyper 212 Evo 5/5 eggs, I would buy it again.

Pros: Run fast and cool. It has 4K support.

Cons: Nothing really. Except be aware which motherboard to buy

Overall Review: Do aware not all motherboard has update its BIOS or has BIOS ready for the Kaby Lake. Even if the motherboard is "supported 7th Gen Intel" make sure the BIOS already updated from manufacture, or you will end up with NO BOOT SCREEN. I purchased Gigabyte GA-H110N, but the BIOS has not yet been update to newest F.20, therefore system refuse to boot at all. I have actually borrow a Sky Lake from a friend, boot up the system and perform BIOS update.

Pros: Significant upgrade from my 1st gen i3. Runs cool around 30c with stock cooling and a couple case fans.

Overall Review: The original motherboard I got to go with this needed an update to bios to run it. I didn't have an older 1151 processor and couldn't find anyone locally to update it so had to rma and get a board that was ready to run Kaby Lakes out of the box. I'm not sure if there is enough of a bump in performance to justify upgrading if you already have a 6000 series processor, so, y'know, make sure you don't make the mistake I did when upgrading or creating a new build.

Pros: This is a perfect product for people who don't want to overclock like me. Super fast, easy to install.

Overall Review: I bought a Cooler Master EVO 212 to take the place of the stock fan. This is always the trickiest part of a build for me, but I had no problems to speak of.

Pros: -Great benchmarks compared to even recent i7s -For someone who does not overclock and does basic gaming, performs extremely well for the price. -Low power usage and consistently has low temps

Cons: -None that i can see so far.

Overall Review: As mentioned in the title BEWARE OF WHICH MOTHERBOARD YOU GET. Make sure that it is a 200 or above chipset for intel. I made the mistake of getting a 100 chipset board and it did not boot as BIOS updates were necessary. Of course, this is not a criticism of the actual product.

Pros: Started right up in my MSI motherboard no issues. Runs all my programs fast and smooth.

Pros: Easy to install obviously, it's a cpu. Fast for the dollar and four cores is great.

Overall Review: I'd buy this over and over again. Just make sure your motherboard is compatible or you have a way to update your BIOS.