This item is currently placed on backorder status and will not be shipped until inventory is confirmed. You will not be charged until this order is processed. Newegg cannot guarantee inventory for backordered items.
Price Alert
Add To ListFound on 255 wish lists 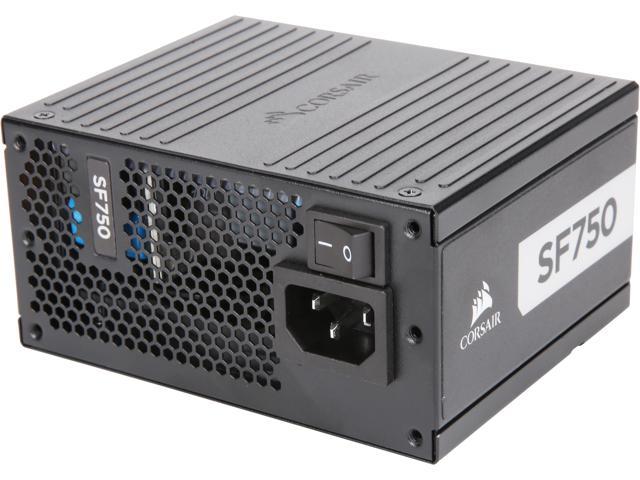 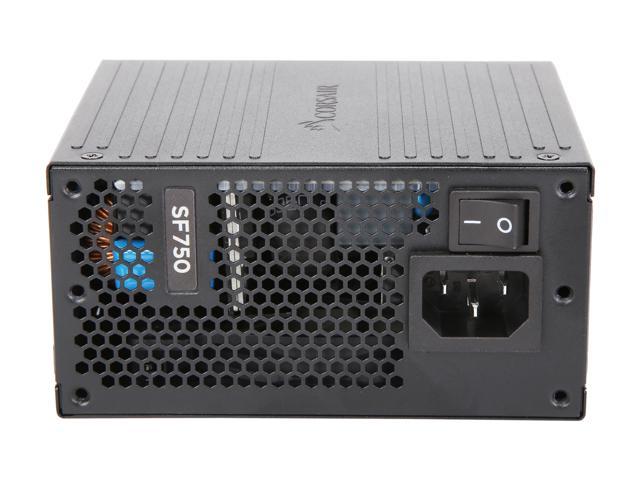 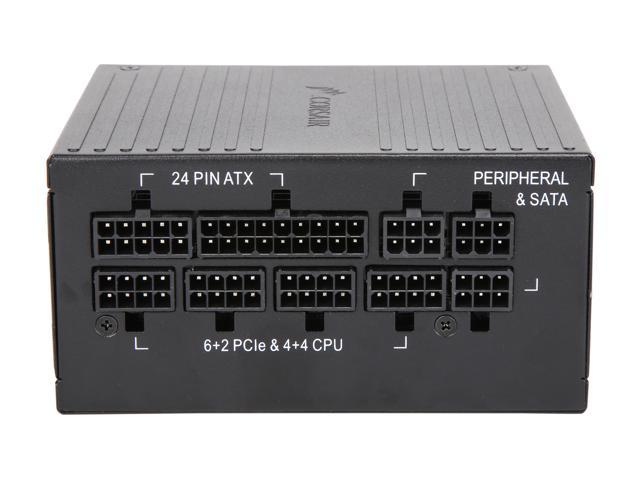 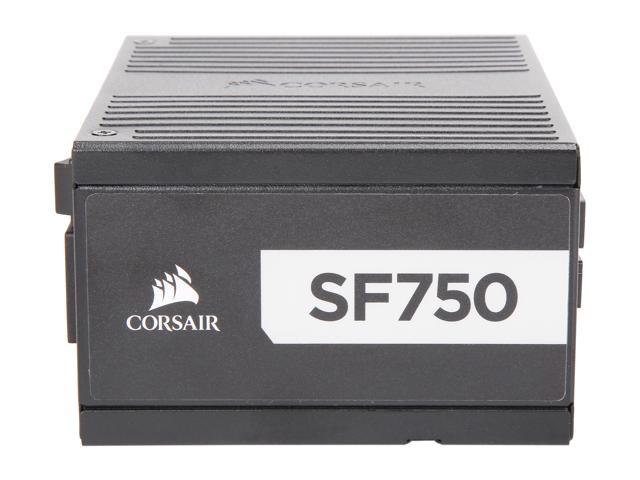 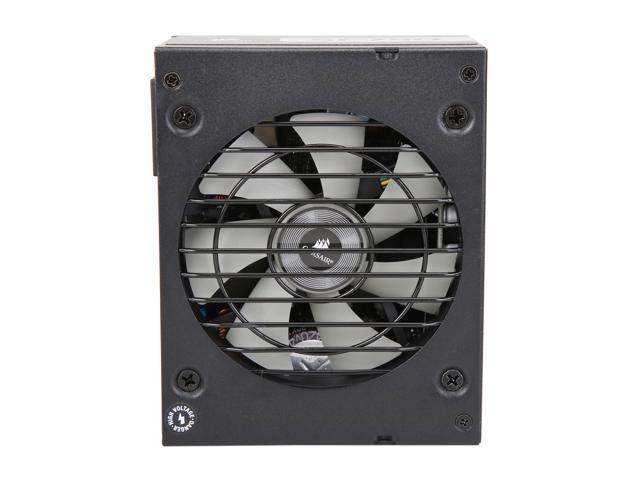 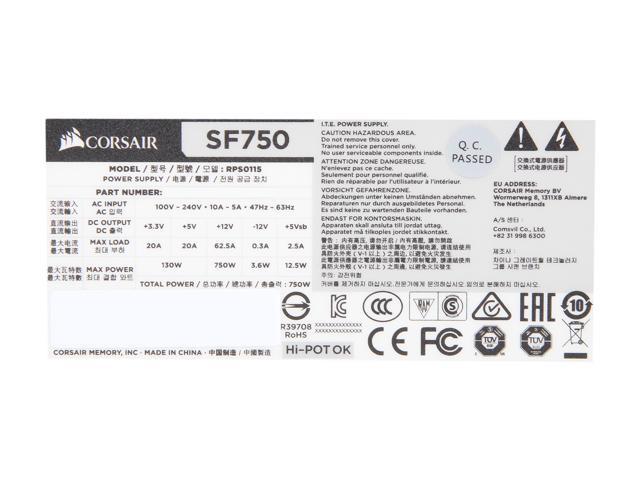 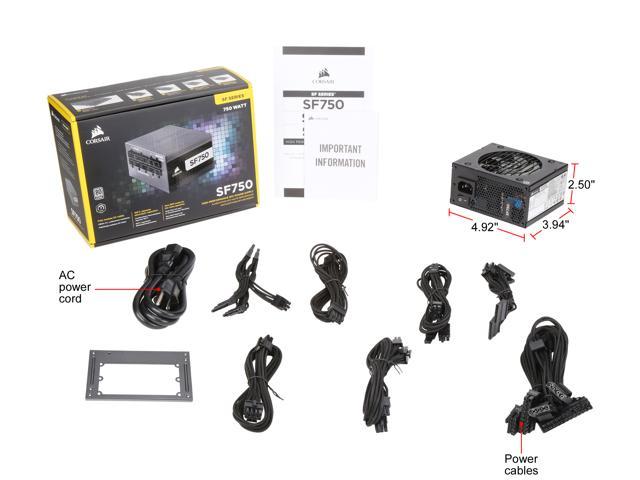 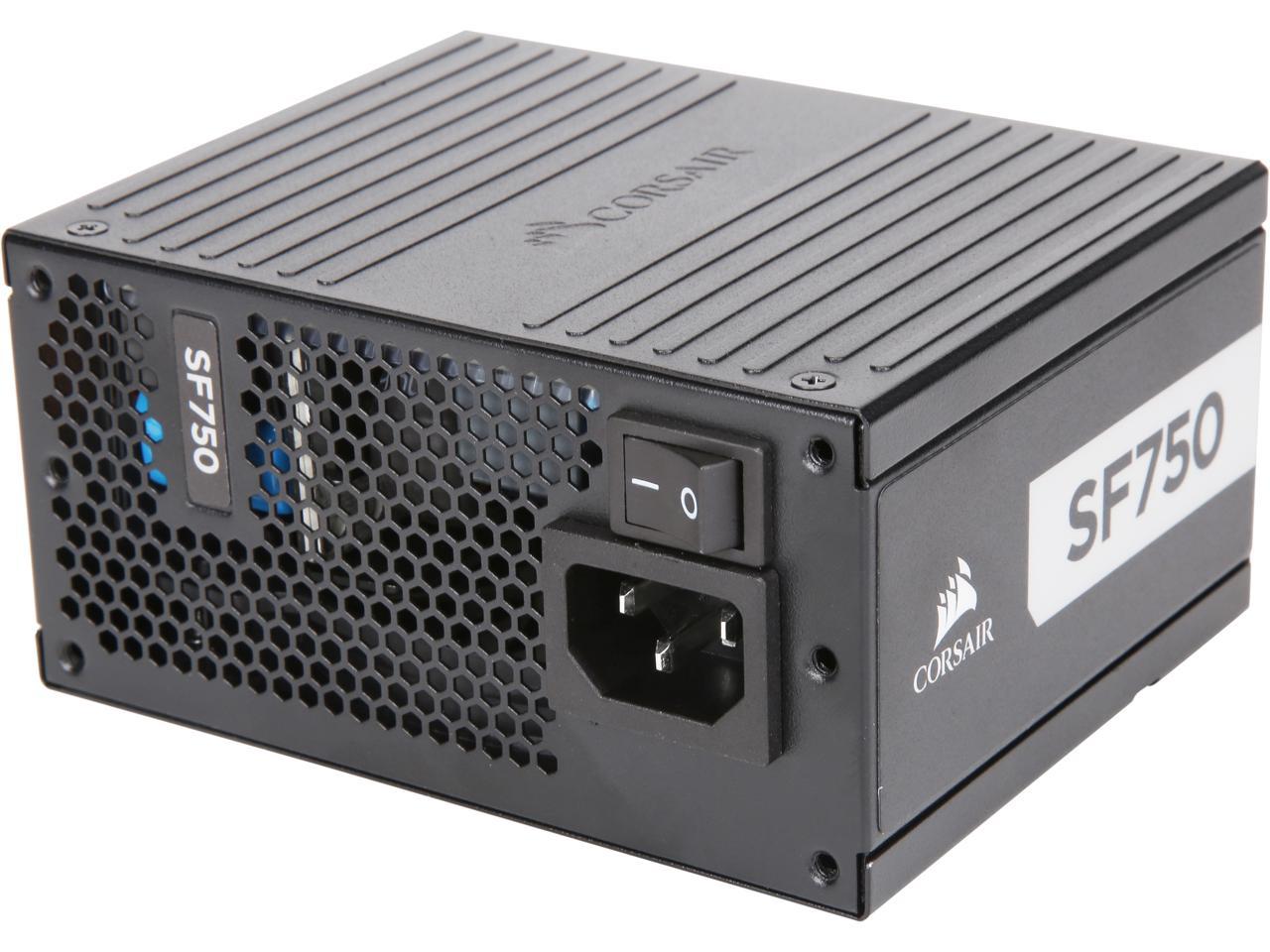 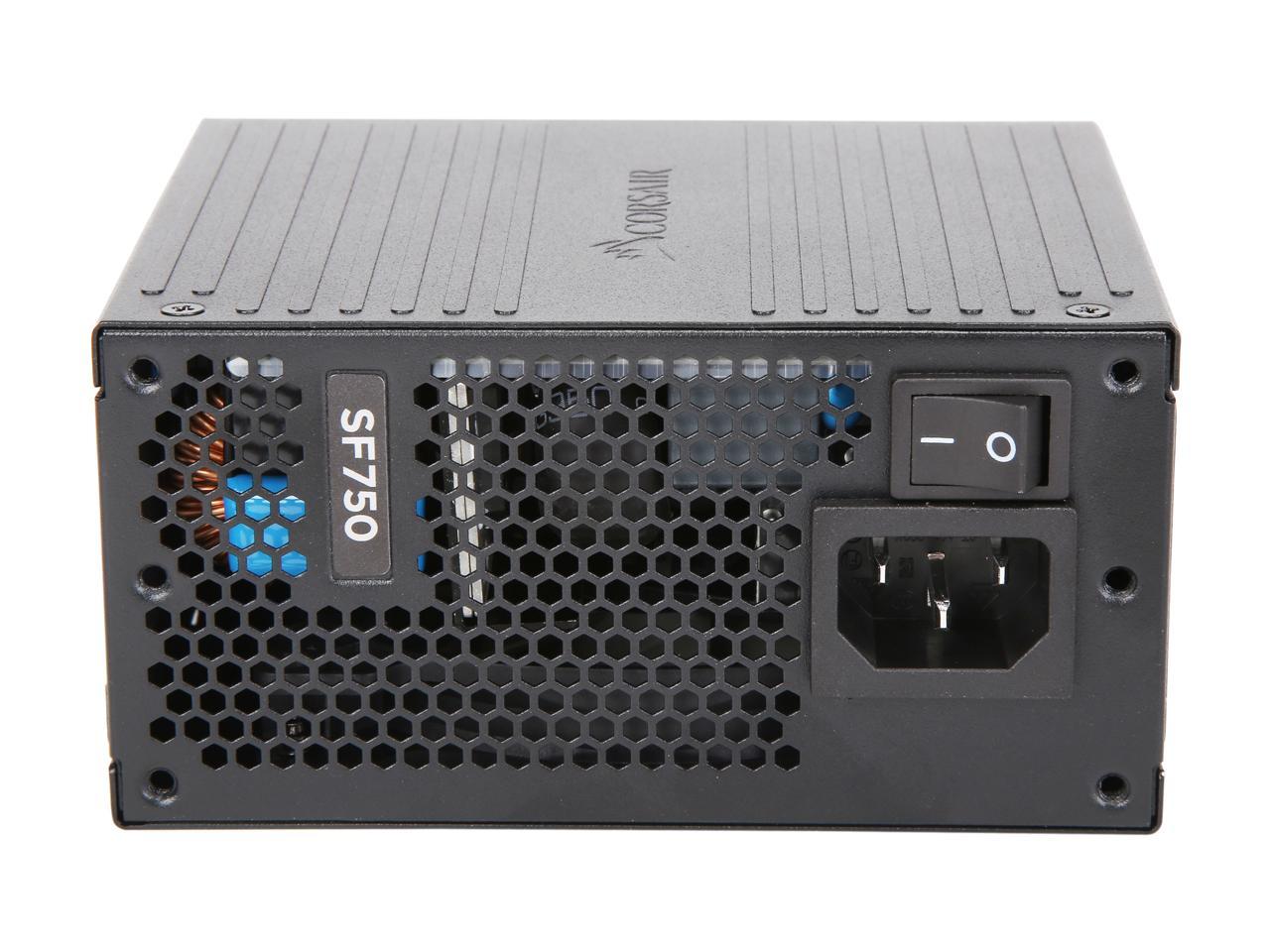 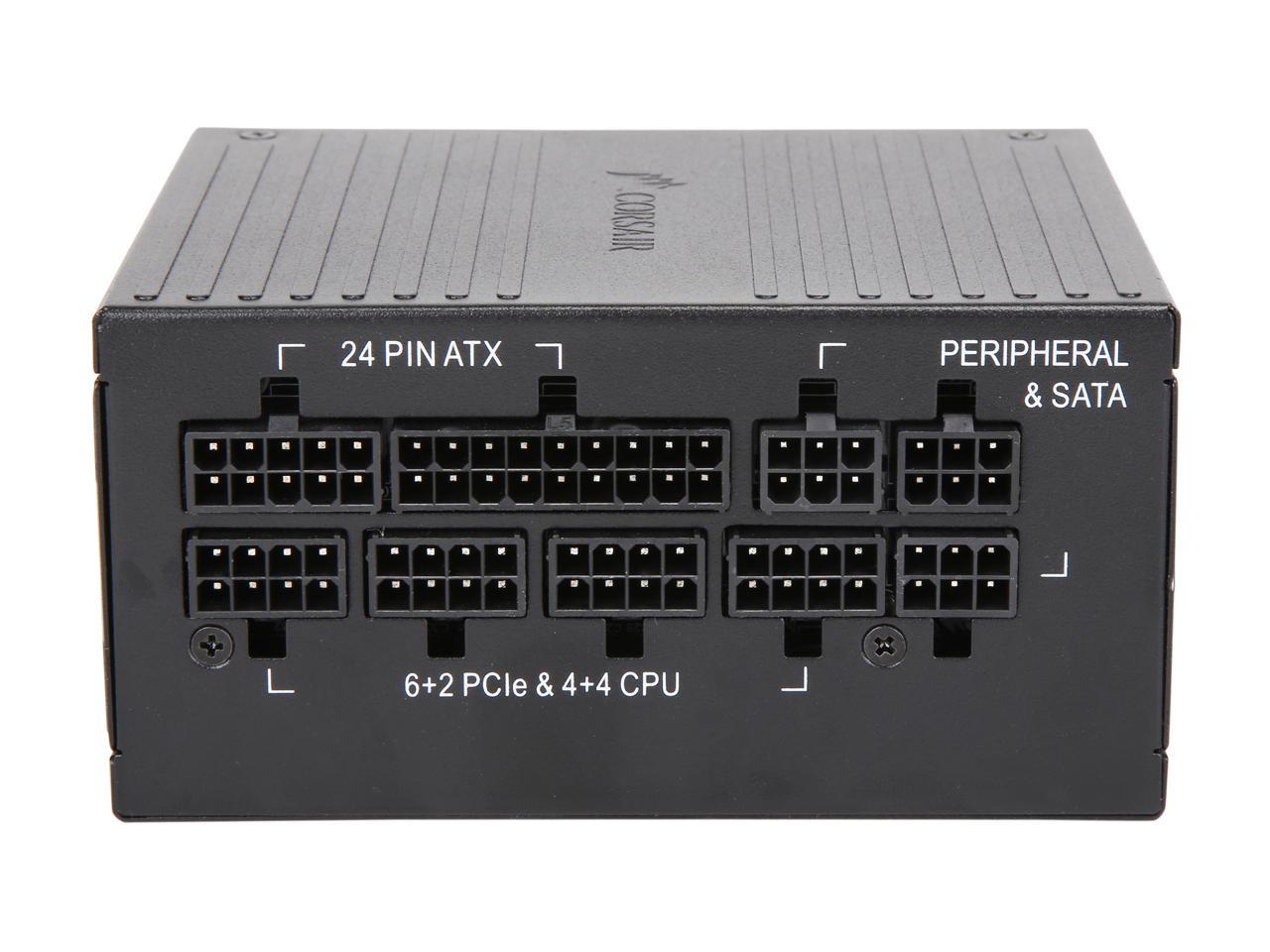 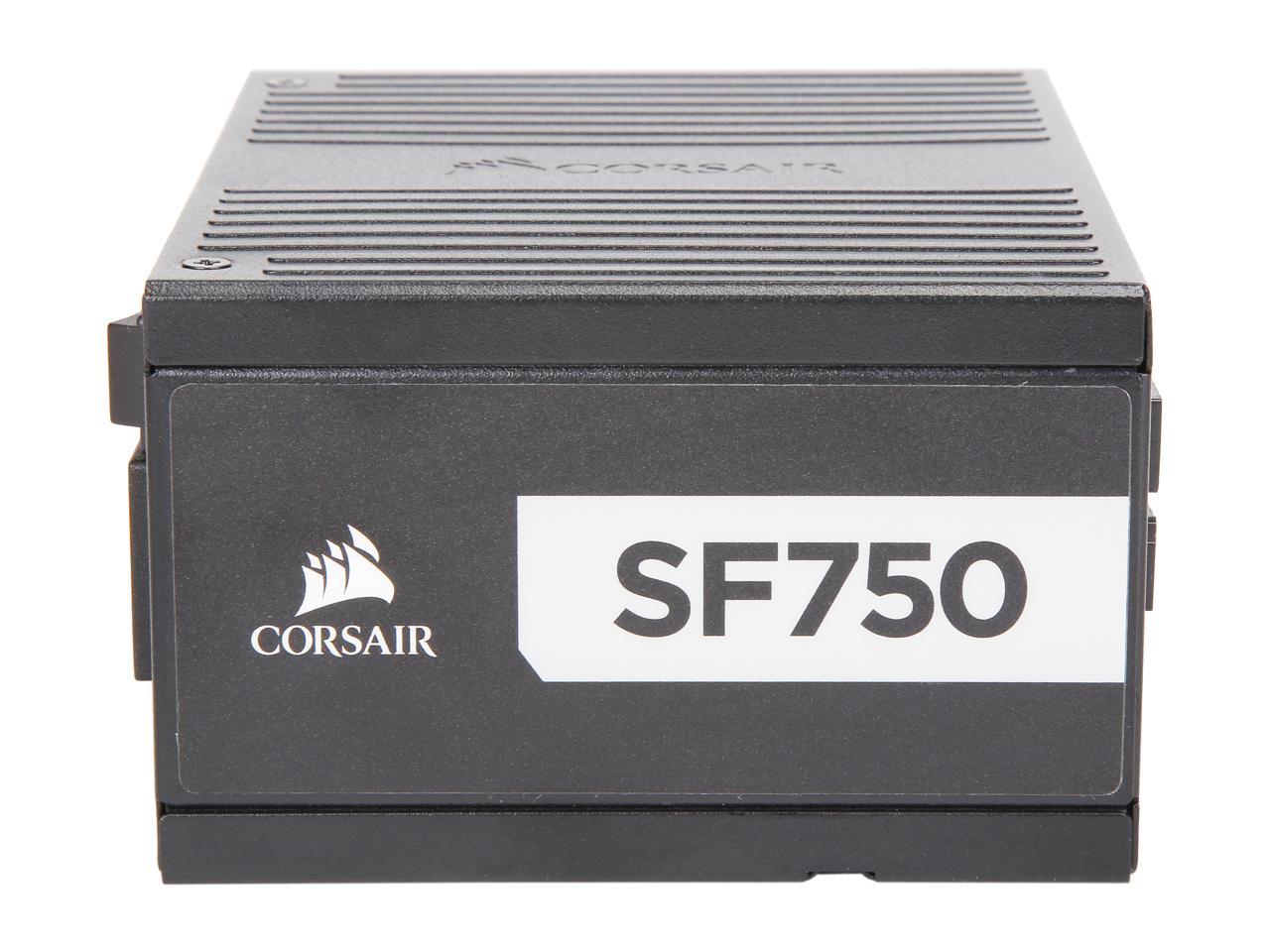 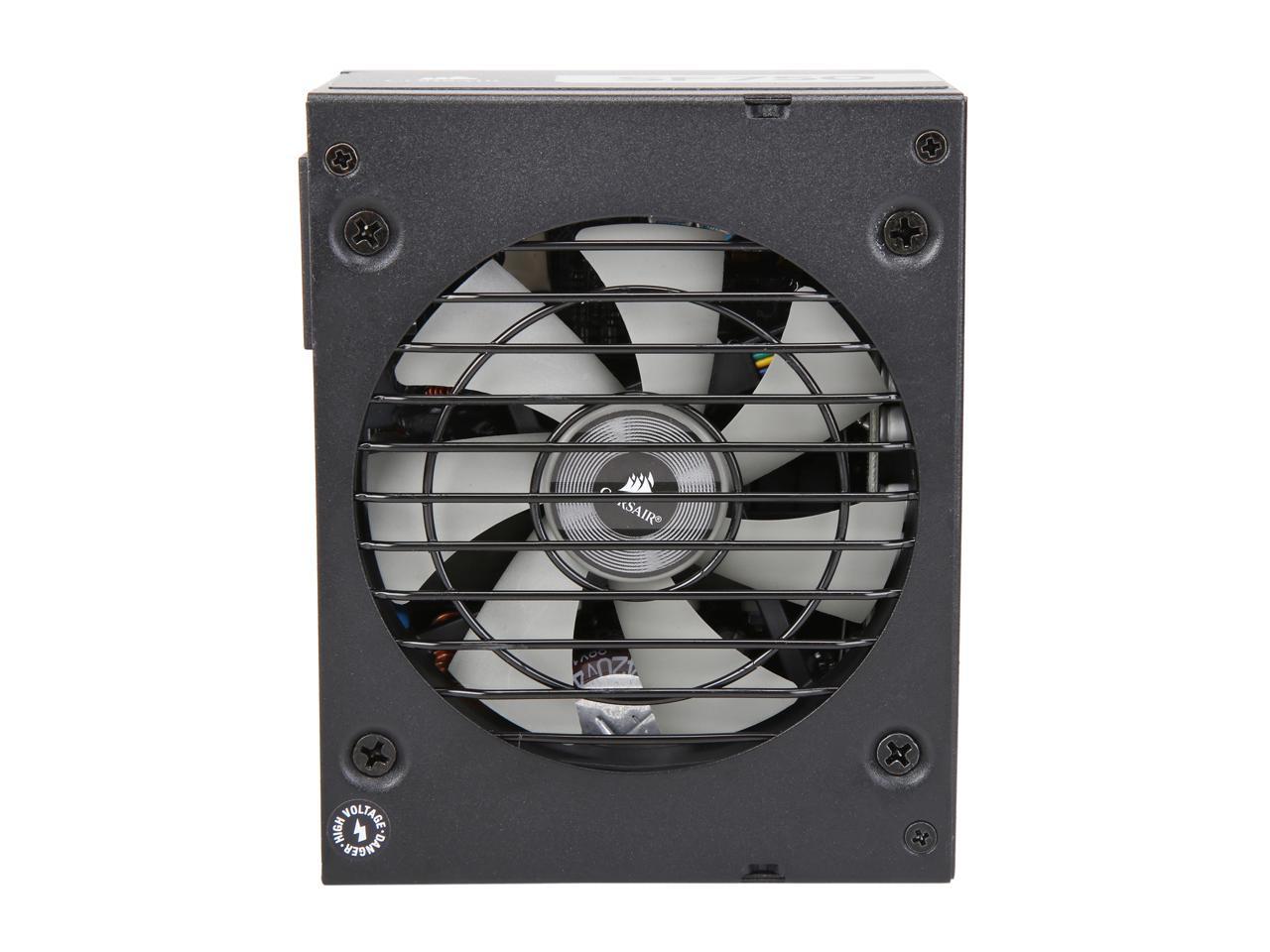 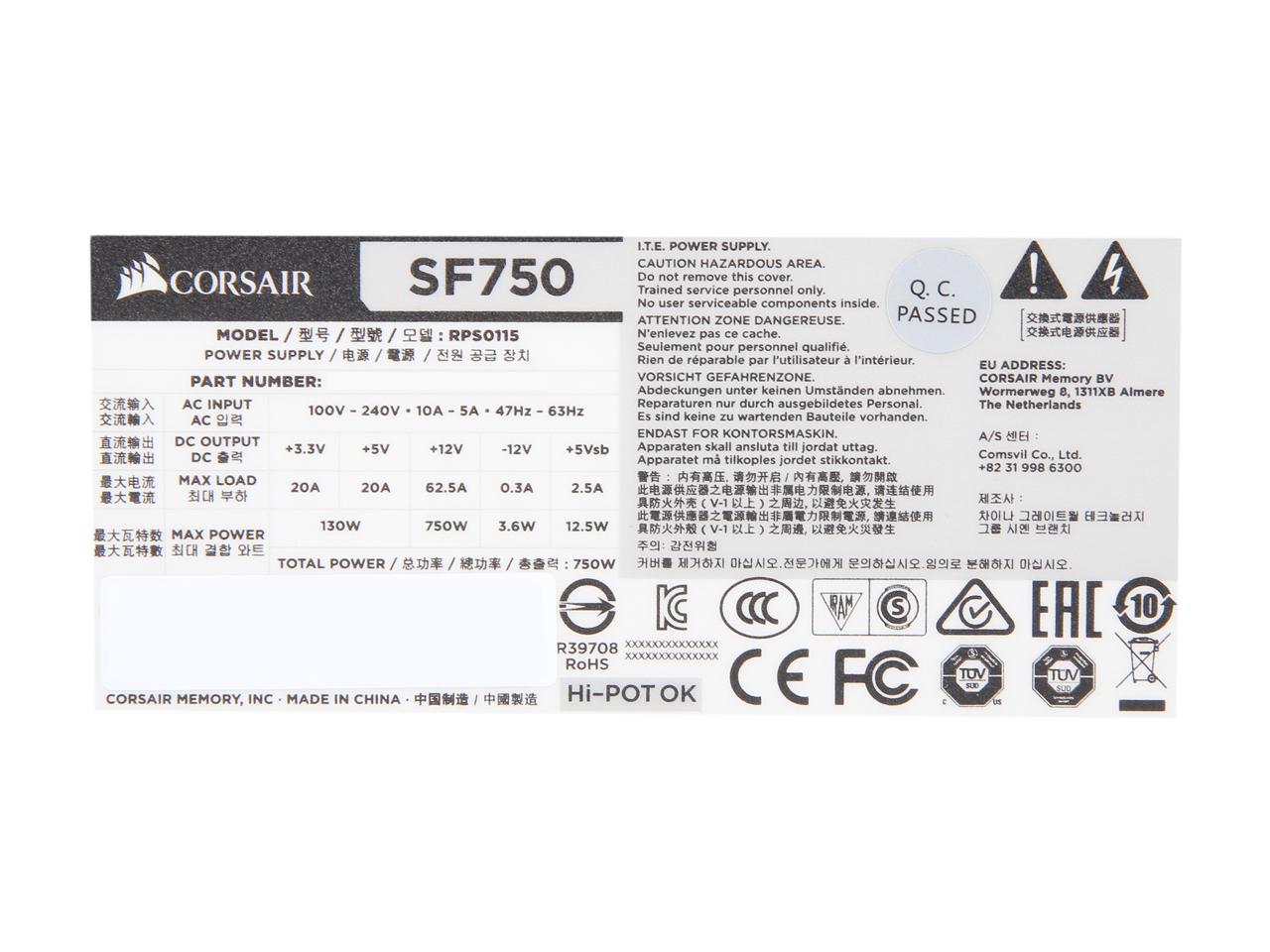 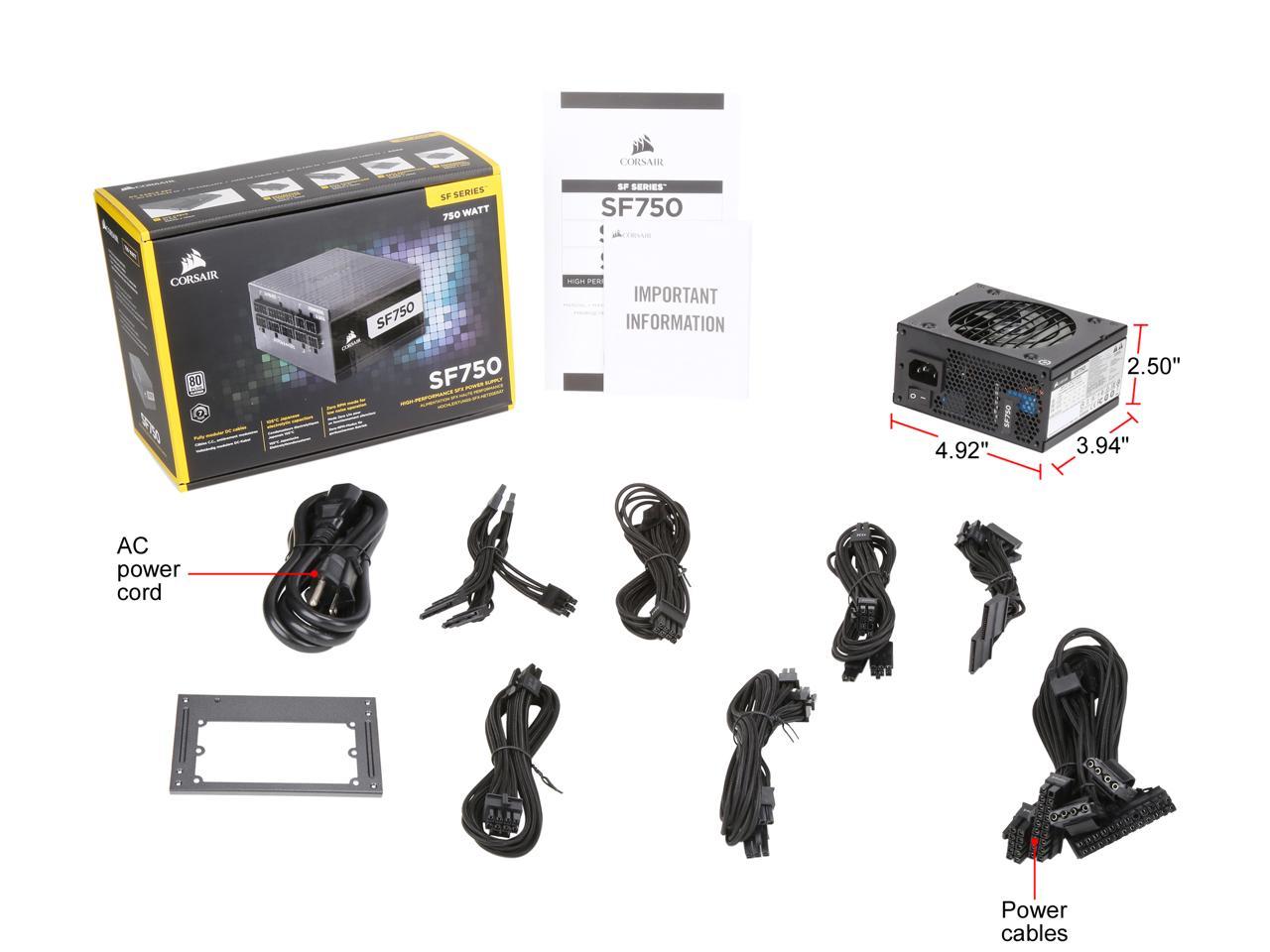 Pros: * Great passive fanless mode, especially for a SFX PSU. The fan on my gaming PC managed to stay off entirely during non-gaming loads. While gaming it did spin up, but was totally inaudible compared to the rest of my PC. It seemed about the same as other ATX PSU's I've used in the past, which is saying a lot considering how small the SF600 is. If you value noise, it's a great option. * Braided cables. I was totally surprised by this because I haven't seen it in a while, even on high-end PSU's. It makes perfect sense considering the SF600 was designed for small cases, the individually sleeved cables are much easier to manipulate compared to generic plastic ribbon cables. This is probably the best feature I've seen on the SF600 so far. Also, there are no in-cable capacitors (obviously). * Single 12V rail. This is becoming standard these days but it's still an important point to note. A single rail ensures better stability, especially for high-wattage components like GPUs. Some PSUs come with a switch to toggle between single/multiple rails, but the SF600 does not have this switch. * High quality, custom fan from Corsair. Probably rare praise for a PSU, but Corsair has opted to include one of their own fans and not some generic mass-produced fan from some random company with the lowest bid. The fan used in the SF600 Platinum is the 92mm Rifle bearing NR092L. Also worth pointing out the quality of the bearing itself, something significantly better than a ball bearing we usually see on components like this.

Cons: * 6+2 PCI-E cables are single-connector. There are two separate 6+2 cables included, each cable has 1 connector on it, as opposed to the 2 separate connectors that most typical PSUs have. This means for video cards with two 6 or 6+2 connectors you will need to run two separate cables. I should point out that, in general, you are supposed to use a single cable for each connector -- even if the PSU has a double connectors. For stability reasons, this is a smart choice. For cable management, this is a bad choice. It also limits your options as a PC builder. * Only includes a 4+4 Pin CPU power & other cable limitations on the PSU itself. The SF600 isn't compatible with 8+4 motherboards, which make up a lot of high-end motherboards these days. There are 3 total plugs on the PSU for these cables, even if you could connect an extra power cable, you would be limited to a single 6+2 PCI-E cable. If this is your intended use, contact Corsair to see if an extra cable will actually work and if they can provide one. It would have been nice if Corsair included at minimum FOUR plugs on the PSU -- two for the GPU, one for the 4+4 cable, and an extra unused connector for an optional extra cable. This is not unusual on PSUs. I won't be holding either of these criticisms against Corsair, since it's a SFX PSU and concessions have to be made due to size and capacity limitations. These details are clearly shown in the specs, so please be aware of what you're getting!

Overall Review: OEM for this unit is Great Wall, according to available info. Keep in mind the PLATINUM version is a 2018 model, not to be confused with the old GOLD model with the same model name. I'm not really a fan of releasing multiple products with the same model name, since it's needlessly confusing. This is my first and only SFX power supply, the only other units I can compare it to are standard size Gold/Platinum units of similar quality. From my own experimentation and research, it seems like the SF600 Platinum can be called the single best SFX power supply on the market without hesitation. That is no small feat.

Cons: It's not cheap. But that doesn't mean it isn't worth it either.

Overall Review: When small form factor PCs became all the rage and SF and SFX PSUs came along, I didn't think we'd see wattage ratings much higher than 500-600. So it's nice to see that there are good quality options coming on to the market that are fairly priced. So you can run a pretty high end machine and do so quietly with this little gem. I'm pretty excited I was able to review this model. It's going to stay in my machine for awhile.

Pros: When I opened the box I couldn't believe how small this thing is, about half the size and weight of my current ATX PSU, yet still supplying more than adequate power with a Platinum rating. It installed like a charm in my Fractal Define R4 mid tower case after I attached the mounting plate. Note: This was only possible as it was replacing (for testing purposes) a Corsair RM850X, which has long enough (and more importantly, pin-out compatible) cables to reach the motherboard headers and peripherals in that case. The supplied cables are designed for a small form factor case and are short enough to route neatly in such a situation. They are also individually sleeved with no ugly capacitors, giving them a very nice appearance, though the sleeving is quite narrow, somewhat like CableMod aftermarket cables. On testing, it ran silently due to its passive (or Zero RPM) fan mode. My system includes a 4790K, a 980Ti, three hard drives, two SSDs, three fans, and several USB peripherals including a TV tuner. I would probably have to run SLI graphics cards to trigger the fan to turn on, but in a small form factor build this would not be an issue anyway. There was zero coil whine and the unit barely got warm, even after running benchmarks like Unigine Valley, and games such as Shadow of the Tomb Raider and Far Cry 5.

Cons: Not cheap, but considering its 80 Plus Platinum rating and 750 watts in such a small package, this is not unexpected. Minor gripe: I had to supply my own screws (6) to fit the mounting plate to the PSU, but in a SFF case you would probably attach the PSU directly to the chassis. There is no way to turn off passive fan mode, although in my testing it was never necessary.

Overall Review: The SF750 was supplied to me by Newegg for the purposes of this review. I can't think of any reason to deduct any eggs. It has run flawlessly since installation three days ago - if this changes I will revisit this review.

Overall Review: Keep in mind there is also a Gold Rated one with the same exact name. Be sure you are buying the correct version.

Cons: The higher price reflects the feature set and form factor. If you don't need all the power, the compact size, etc - there are cheaper models available.

Overall Review: As this is designed for small form factor PCs the cables are a bit shorter - so be aware. It does come with a SFX-to-ATX bracket though if you want to install it into an ATX case.

Pros: Corsairs SF750 SFX Power Supply is a Small Form Factor power supply with ATX pin compatible in reduced dimensions. This is a nice unit and is Platinum +80 rated. It does not have those horrible flat cables. They are braided, individually sleeved cables. It also incorporates a zero RPM fan mode that does not come on till 40% load. Even under load its whisper quiet. According to the reviews it has excellent voltage regulation along with very good AC ripple suppression at full load. 7 year warranty on this beauty, they used Japanese caps and included a SFX-to-ATX mounting bracket. It has a 2x 400mm CPU power 8 pins and PCI-E cable with two 6+2 ends. The fit and finish is suburb and it just looks good sitting in a SFF case. I had no issue installing it and it work perfectly. I believe it’s manufactured by Great Wall power supplies and they have been know for 9.9 JonnyGuru rated reviews on other models. I measured all the voltage rails with a fluke and all were well within specs even under load.

Cons: Could not find anything I didn’t like about this power supply.

Overall Review: Ideally this is meant for a high end Small Form Factor build with a powerful graphics card. This would power any single GPU card out there right now. I wouldn’t even be concerned about having enough. It can also work in a full size case and power any build with a Single Graphics card.

Pros: I installed this power supply in my home server running Windows Servers Essential 2016. It’s powered with an Asus MB, AMD FX8350 and 32GB ram, 1 SSD and 2 8GB HGST drives. I replaced the 650W Earthwatts power supply with this. As the sever runs 24/7 I was hoping to quiet down the noise from the constantly running fan of the power supply. The included adapter allowed me to do a direct swap of the power supplies even though the SF600 is designed for SFX systems, it fit perfectly in my MATX case. Installing was a bit of a chore as the included cables were shorter that the replaced power supply. I had to move 2 hard drives to the bottom of the case so the power cables could reach. I probably could have purchased some extensions to keep everything the same, but in the end everything got connected. Silent, silent, silent! With the server running I was amazed and the quiet running. The power supply fan wasn’t even turning and only some internal noise of the hard drives could be heard. Excellent! This is something I’ve been wanting to do for a long time and glad I did it. I did measure the 12V and 5V levels through one of the molex connectors. The 12V was 12.06VDC on pin 1 and the 5V was 5.03VDC on pin 4.

Cons: Short cables if you want to use the power supply in a non-SFX case

Overall Review: If you are looking for reducing or eliminating noise from your computer and 600W is enough power then this is your ticket. Very impressive build quality. I like it.

Pros: • Platinum rating means extreme efficiency (especially if you are well below the power rating) and cooler running. Which is extremely important for small builds. • Platinum rating is achieved by using the best components available more than clever circuit design. So, this is a top tier PSU by any measure. Hard to beat regulations across the board. This thing is a tank. • Quiet (not audible over any case fan) to absolute silent operation. • Modular with slightly more flexible than usual cables. (These cables are slightly shorter than your normal PSU cables, so if you're putting this in even a micro atx case you may need to buy optional cables that are longer). All cables are modular so this makes this PSU flexible for your needs should you need any cable, including the main ATX 24 pin cable. •

Cons: • Warranty length is "only" 7 years but other brands are offering 10-12 year PSU warranties. That said, Corsair's Warranty services are excellent when you're covered.

Overall Review: This is mainly suited for mini-ITX builds (given the shorter cables) so in that sense this PSU is a bit on the larger size, physically, but if your case can handle the size it really doesn't get much better than this. If you're in a Micro-ATX case be prepared to buy longer cables where needed.