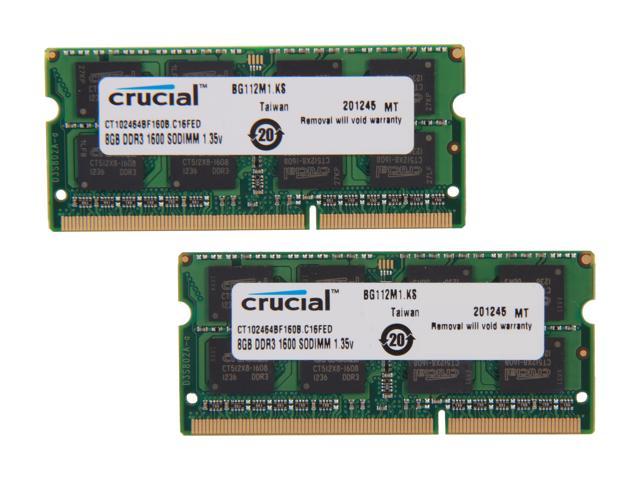 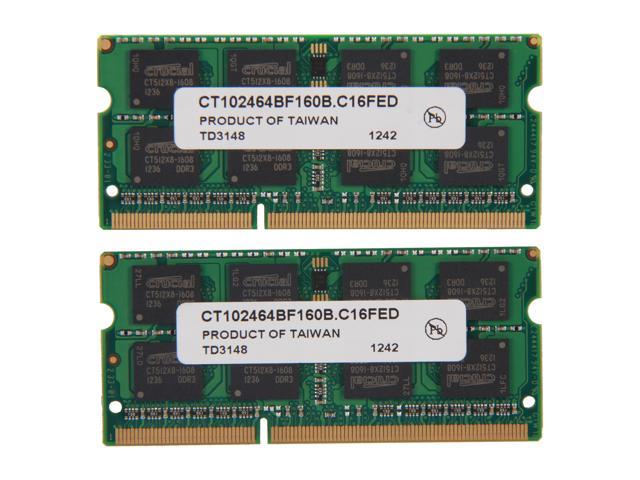 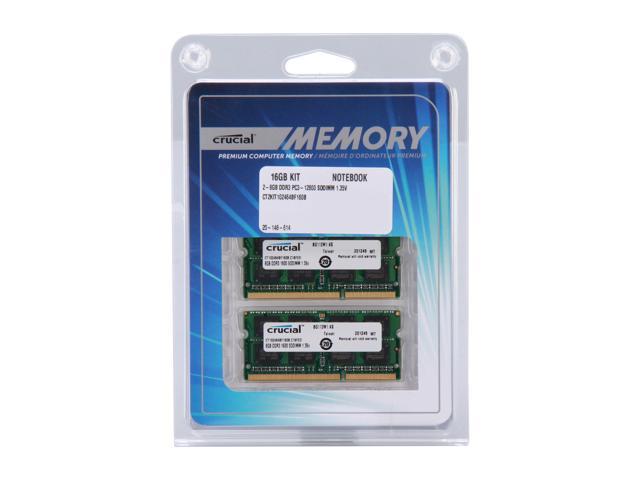 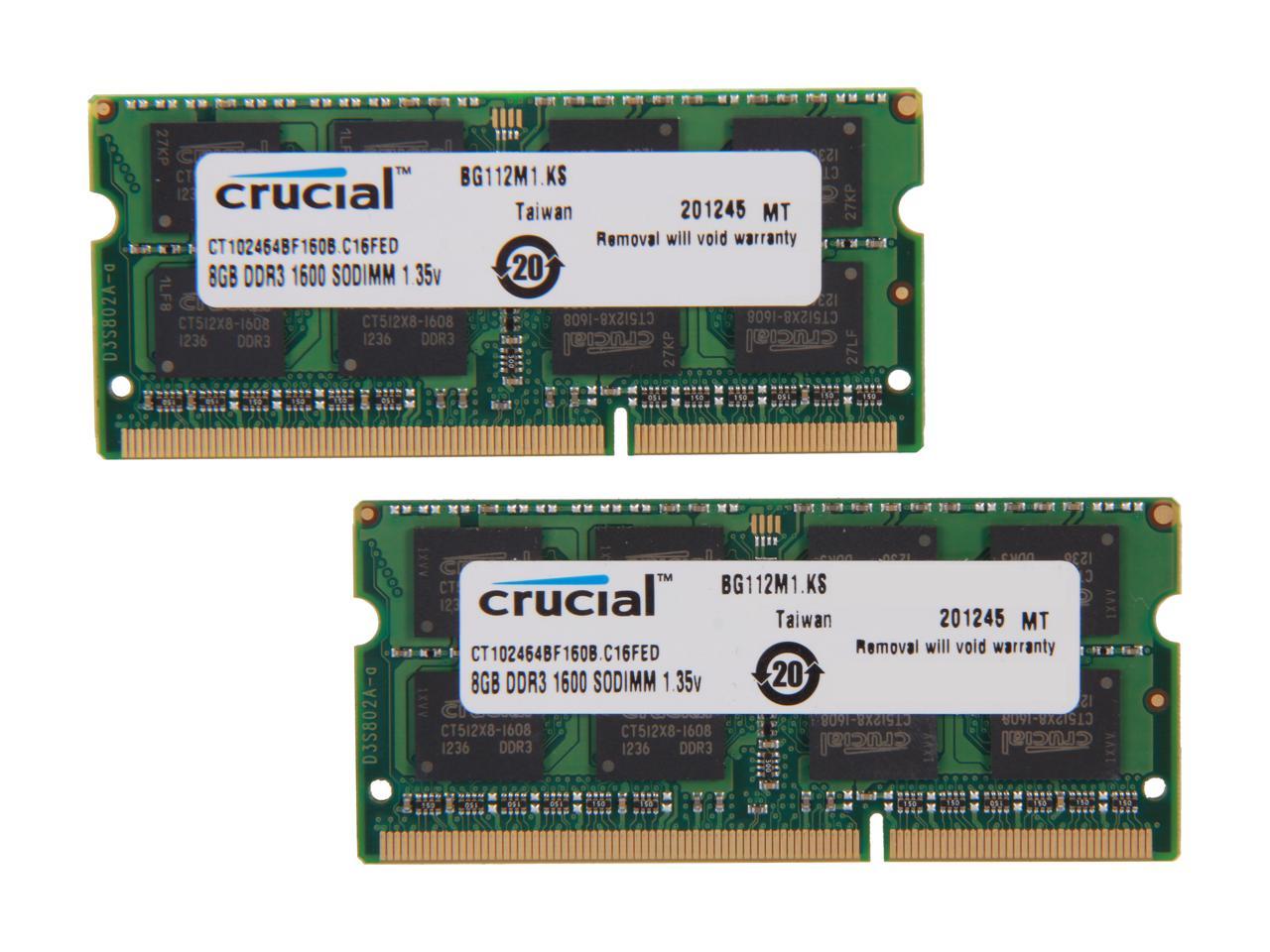 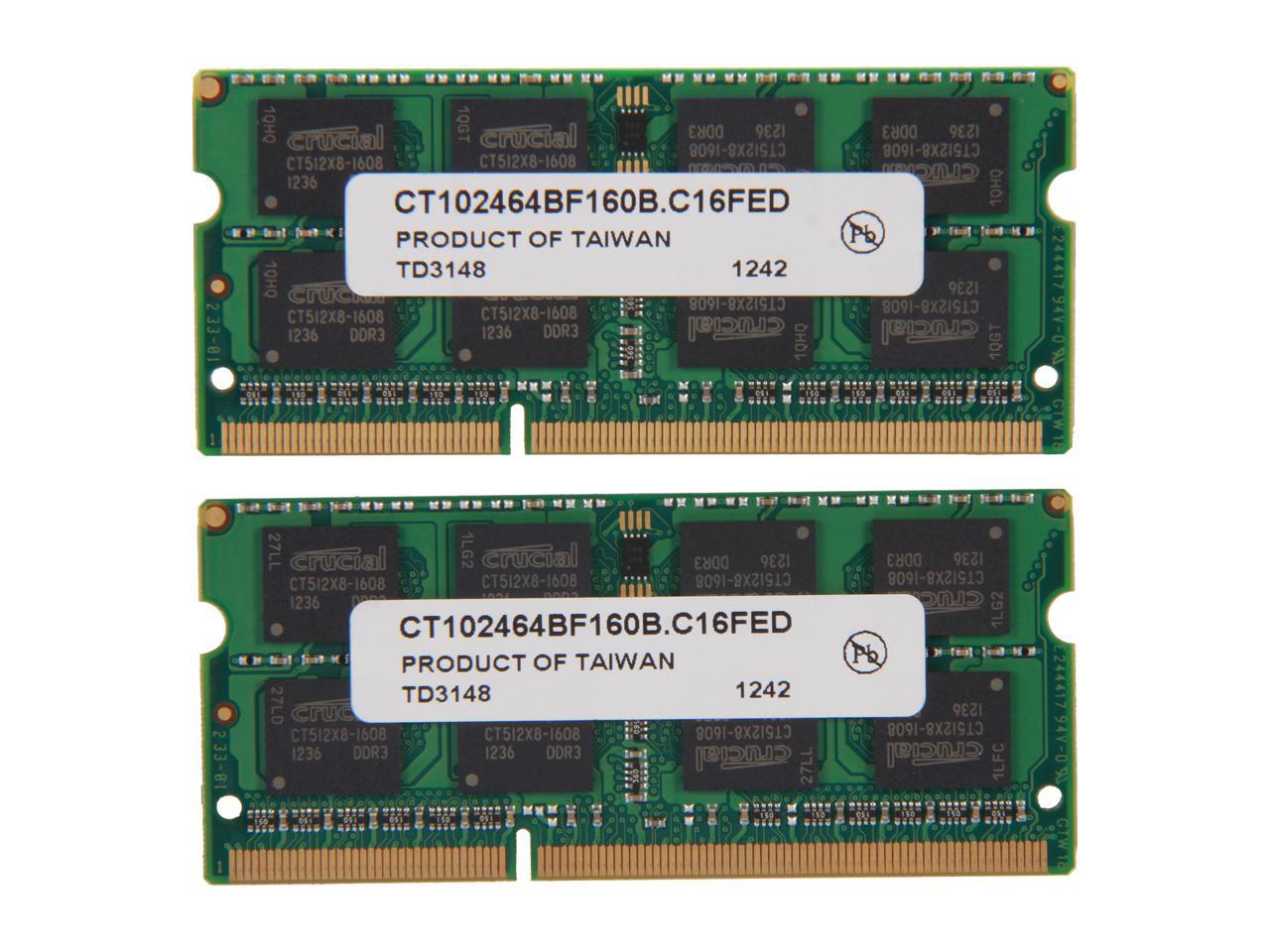 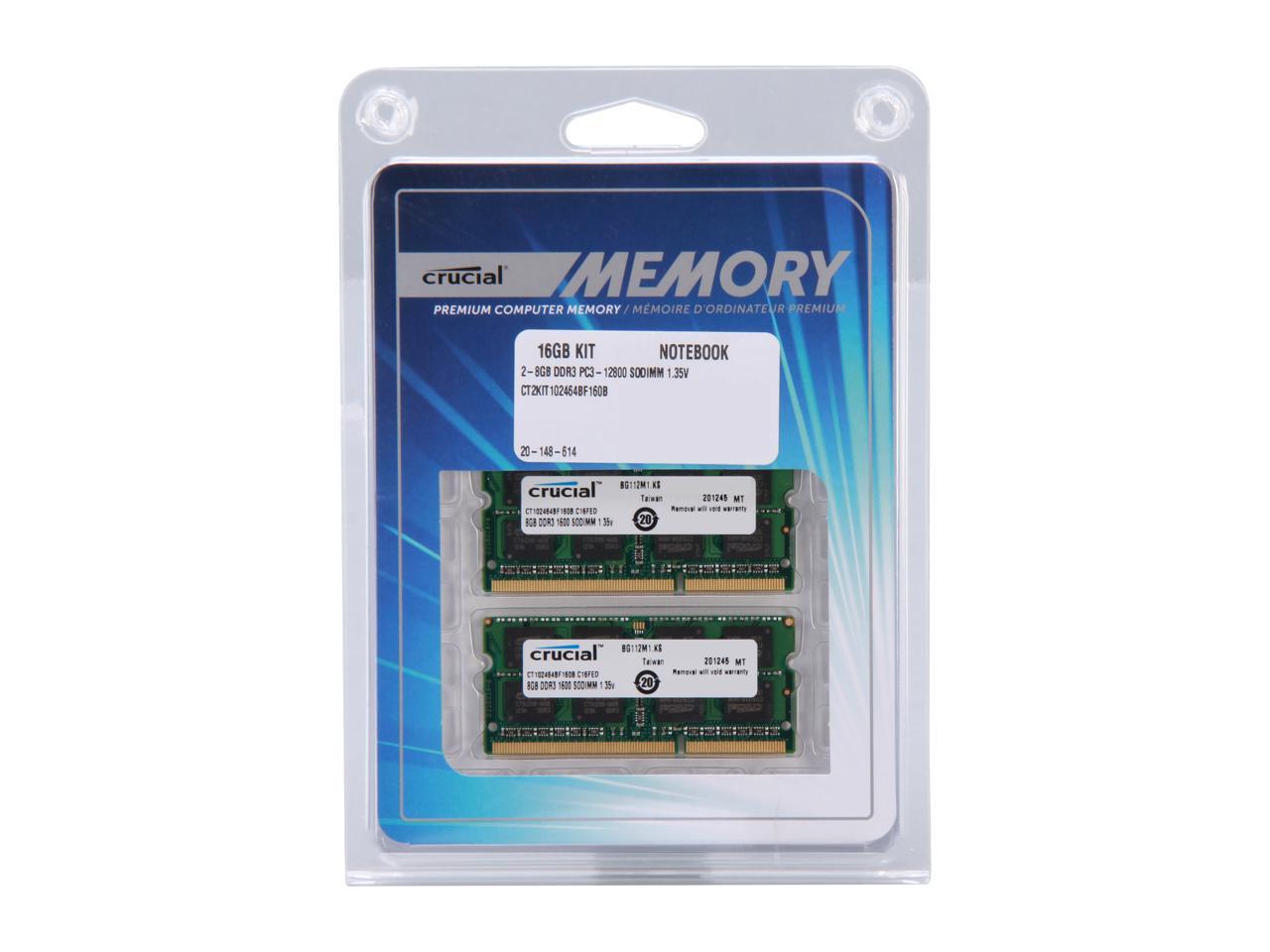 Pros: It works as you'd expect it to. At nominal speed (which is the only option in the HP dv7t-7000 series I installed it in) it sets up as 11-11-11-28-1T. Read and write speed vary with block size, but for typical sized transfers this i7-3610QM/HM77-based system achieves 13GB/sec writes and 24GB/sec reads. You might think "Why does anyone need 16GB of RAM, isn't 8 enough?". Well, for many tasks it makes an easily-perceived difference, even with an SSD system drive that reads at 500MB/sec. The extra cache memory that you get with the additional 8GB (that reads at 24GB/sec) makes a HUGE difference for many types of memory-hogging tasks, such as photo and video editing. And at the reasonable price that The Egg sells this for, it's basically a no-brainer.

Cons: Nothing at all Con about the memory. See Other Thoughts.

Overall Review: The packaging is pretty bad -- you have to pull and pry so hard to extract the sticks from the package that at one point I was actually concerned about bending/cracking the FRP circuit boards or SMD joints. Cutting the plastic isn't a great idea either because a slip with a knife or scissors can easily damage the board too. It would be an improvement if Crucial would adopt the "Frustration Free Packaging" idea that the Company Named After A Very Long River In South America has promoted. (Successfully, in my experience)

Cons: Bought on June 5th, one module already failed by July 13th. This was recommended by NewEgg for my Intel NUC NUC5i5RYK but Crucial's site recommended a completely different module for replacement. Not sure what happened. *shrug* Just have to get another set from them I guess.

Pros: - immediately worked for NAS - No problems at all

Overall Review: - This is a great 16GB memory upgrade for Synology NAS (I have the 4 port, 48TB NAS) - Recommend for others

Pros: -Not too expensive for decent quality memory. -Crucial = Micron; Micron started the party with good quality memory and I have rarely if ever had issues with Crucial.

Overall Review: I used this for a Synology DS1817+ NAS and it works just fine without issues. Worked on a DS1515+ also, even though it says maximum 6gb memory :)

Overall Review: Quite simply, its just more RAM. It was easy to install, and I've been using it for a while now and encountered no problems at all. I even disabled my page filing so I no longer need to write memory to the disk now that I have a total of 32GB of RAM.

Pros: Price with discount code was better than smile company Came well packaged Worked great in a QNAP NAS which was technically not upgradeable

Overall Review: Overall a reminder of why I don't Newegg anymore. I guess to compete with smile on free shipping, you have to use carriers that really shouldn't charge anything.

Pros: Even though they are not on the list, I bought these for my Dell Inspiron 7548 (i5-5200U). They pass the DELL dram test, I have not done a stress test. Several weeks in I have not had any issues.

Overall Review: Not buying Dell ever again..... for other reasons.

Pros: Despite what the owner's manual states for my laptop, my G780 Intel Core i7 3632QM makes use of all 16gb. I notice a vast improvement while working with virtual machines over the previous 6gb that came with the laptop. I'm leaving this comment here mostly for people who have the G780 i7 and are looking for an upgrade.. it works. Grab yourself some, and enjoy your laptop for a bit longer.

Cons: - None yet, only time will tell.