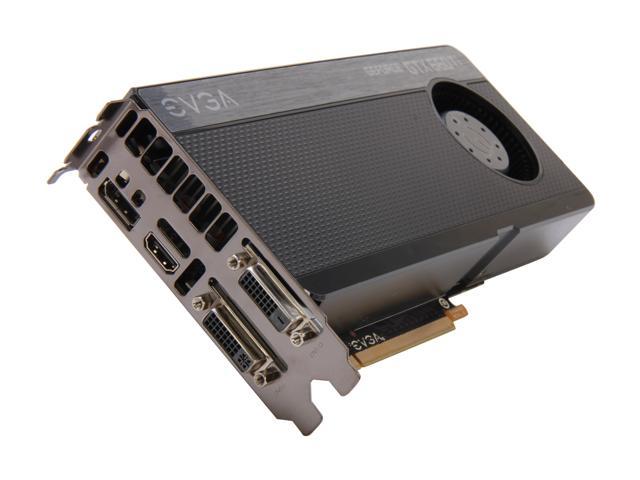 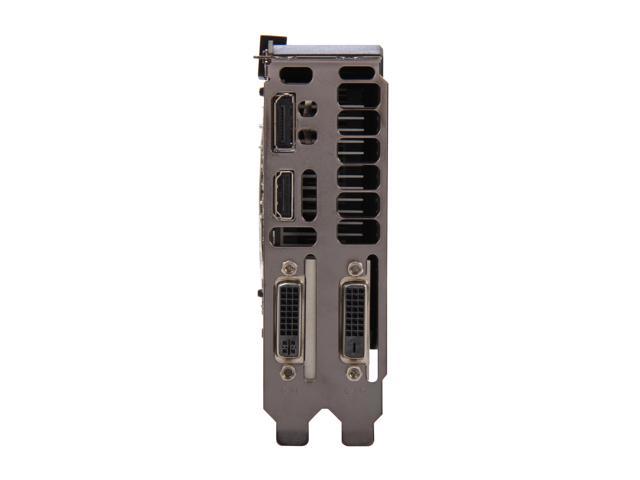 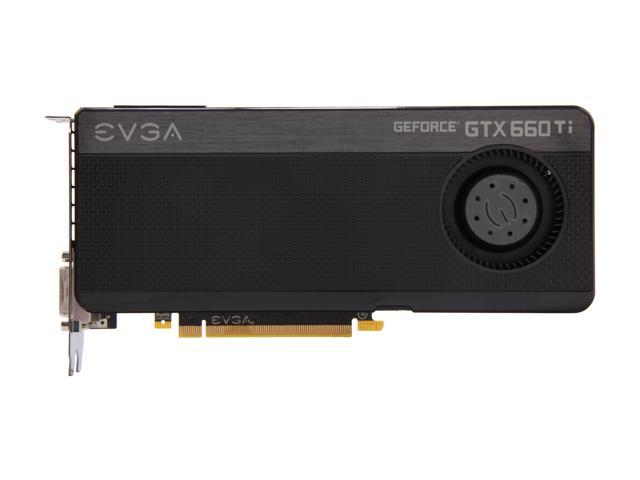 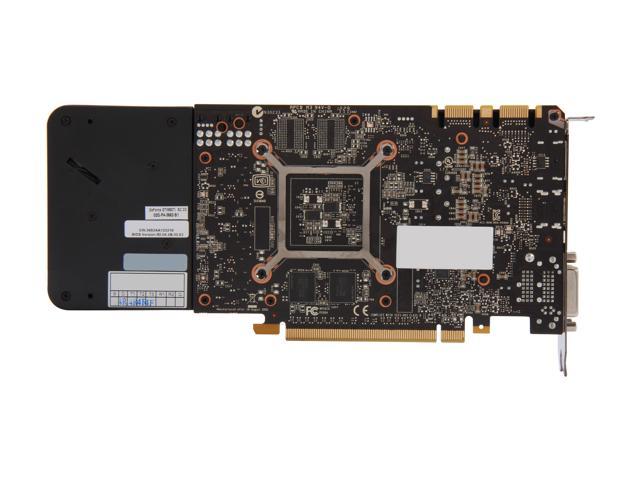 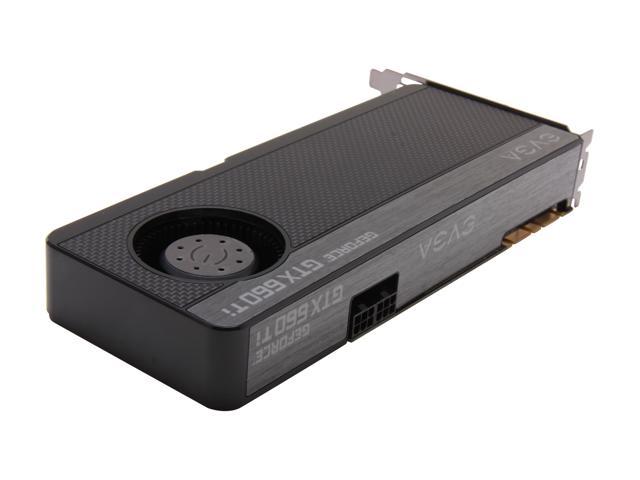 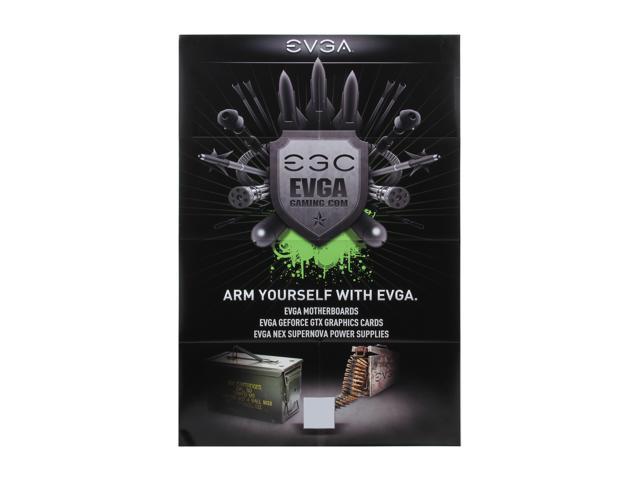 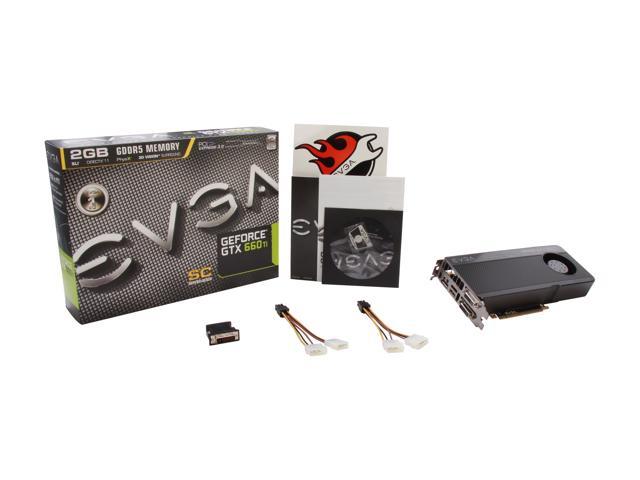 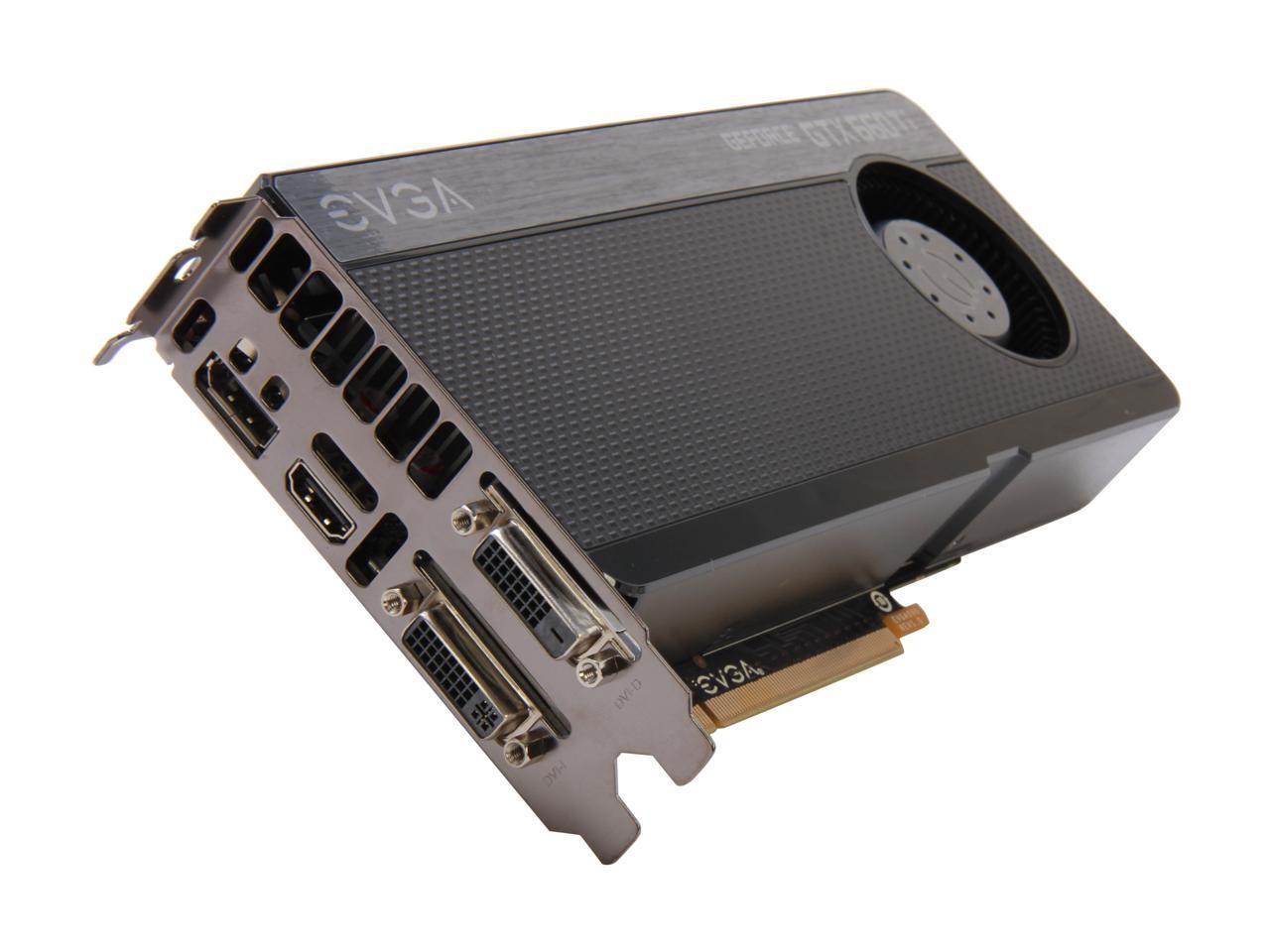 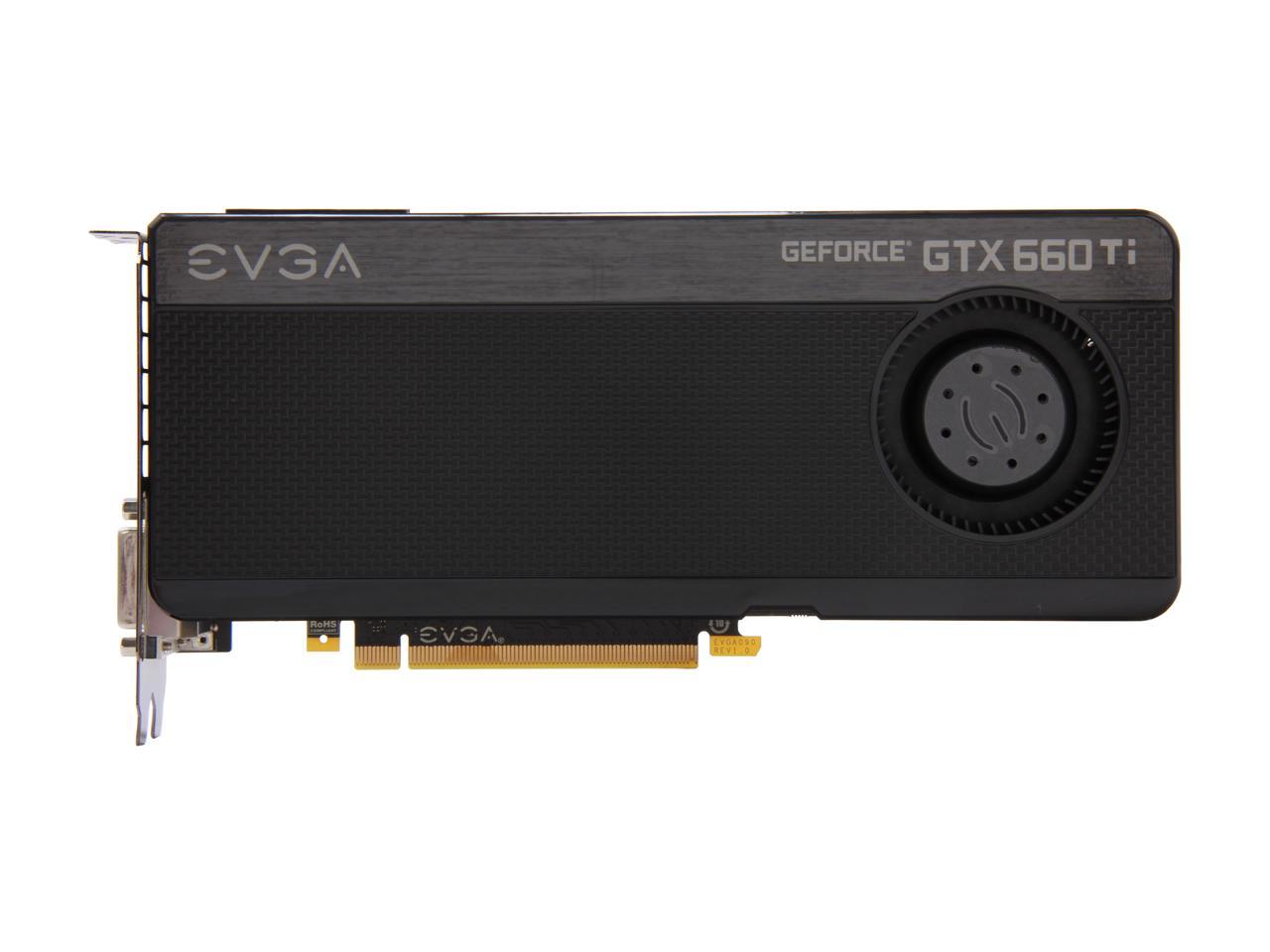 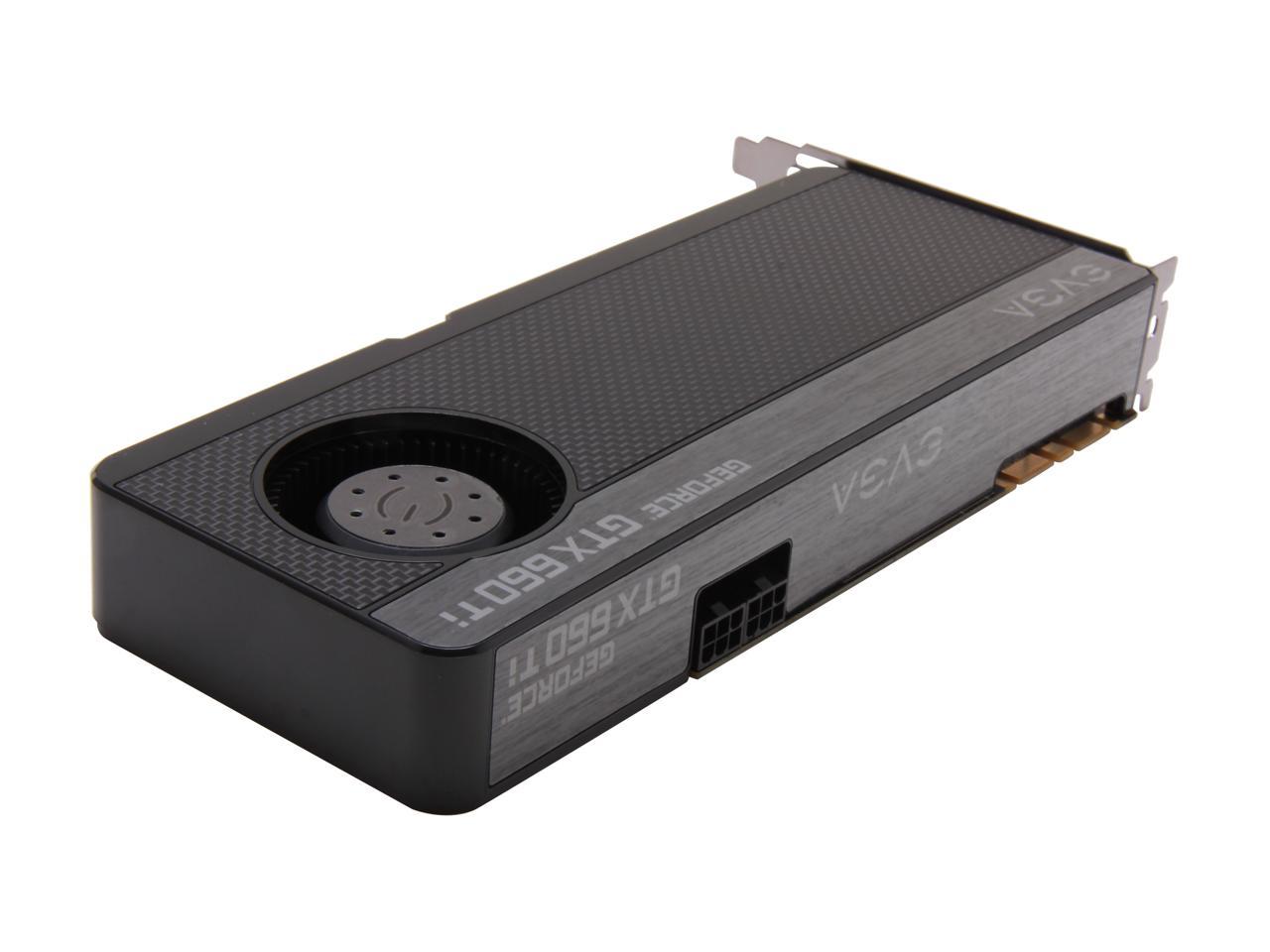 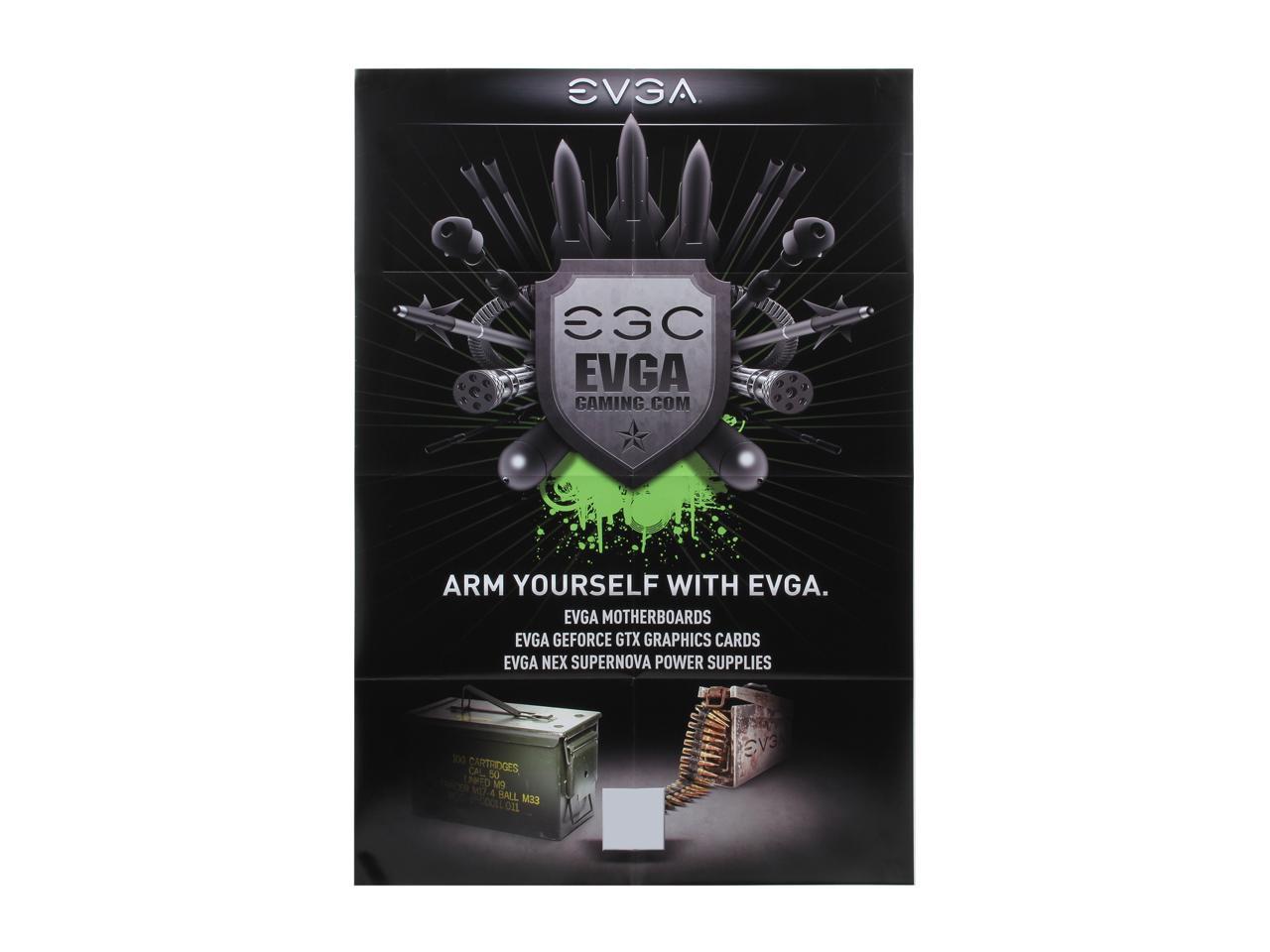 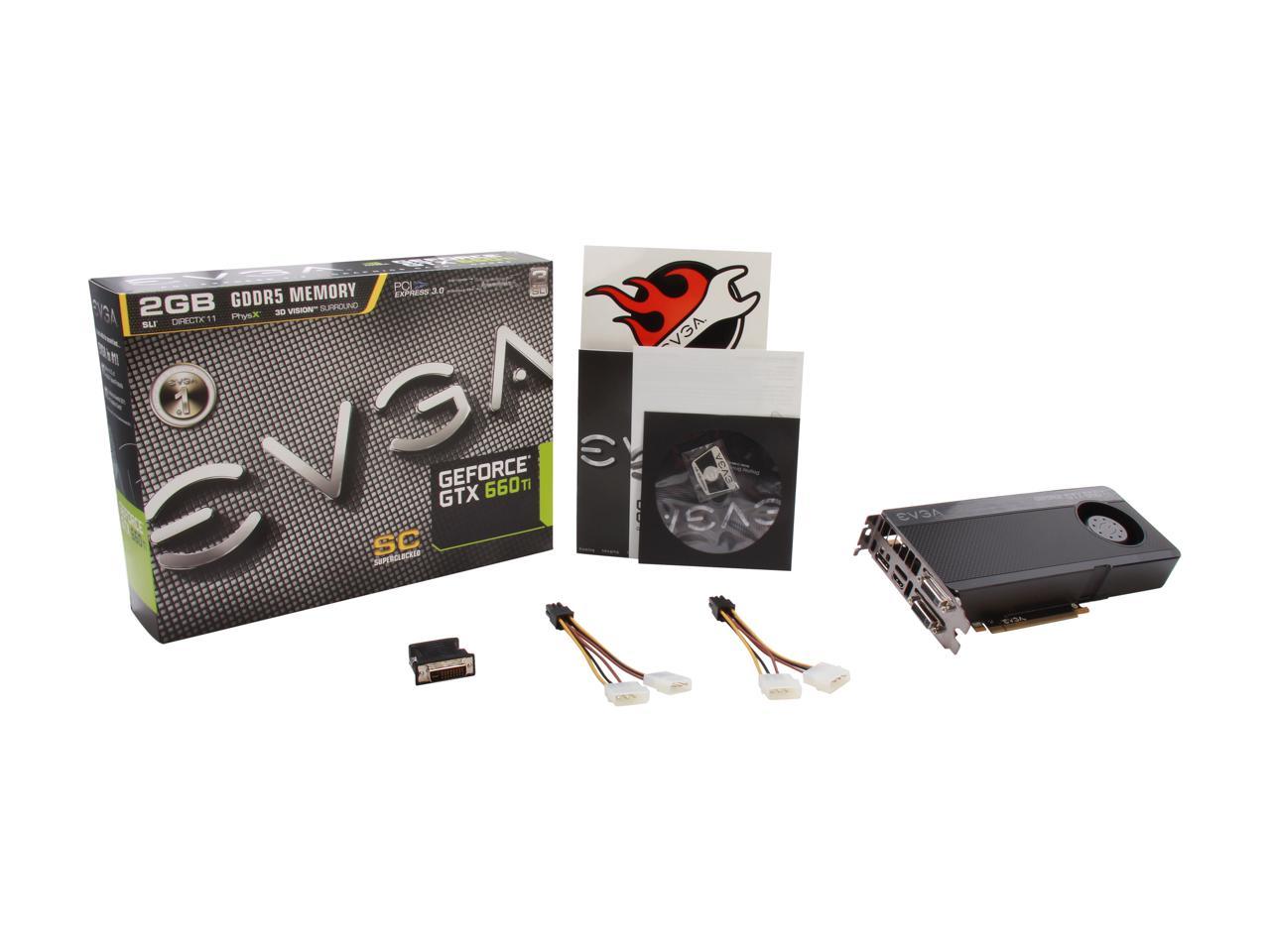 Introducing the weapon of choice for gamers - the EVGA GeForce GTX 660 Ti. It adds a new dimension to the NVIDIA Kepler-powered family of graphics cards by delivering the ideal fusion of power, performance, and affordability. Experience faster, smoother, richer gaming with innovative NVIDIA technologies like TXAA antialiasing, Adaptive Vertical Sync, and PhysX.

The EVGA SuperClocked GTX 660 Ti with 980MHz Core Clock and 1059MHz Boost Clock, which are a little higher than reference version specifications of 915MHz Base Clock and 980MHz Boost Clock, delivers a decent performance boost without costing too much. The EVGA Precision X-, designed from the ground up to support new GPU, redefines what overclocking software should be with easy and precise tuning for GPU Clock speed, GPU Voltage, Memory Clock speed and Fan speed. The popular application EVGA OC Scanner X- with a brand new look and layout has been adapted to show all of the lastest GeForce vitals.

Cons: I had to RMA my first card 3 days after install, had the driver errors and black screen.

4 out of 4 people found this review helpful. Did you?
Manufacturer Response:
Hello, If you have any issues with the replacement please contact me directly, Matth@evga.com Regards, Matthew Hurwitz Assistant Product Manager
Russell S.
Ownership: 1 day to 1 week
Verified Owner
So Worth It8/25/2012 1:10:19 PM

Pros: My idle and load temps are down, and in-game performance is fantastic. Everything runs so smooth. This is my first experience with running an nVidia card since my old 7600GT, and this card does not disappoint.

Cons: My motherboard doesn't support SLi? Honestly, I can't think of anything bad at the moment.

Overall Review: My first nVidia card was an EVGA 7600gt, and it ran well, until the fan went bad. After that, I decided to go ATI for awhile. My 6870s just were not performing as well as I wanted them to. I was planning on buying Borderlands 2 so the free copy really helped to sweeten the deal as well. I'm running everything at the highest settings with all of the eye candy turned up. Compared to my 6870s, the temps on this card are well within acceptable range. Sometime in the future, I'm thinking I may upgrade my motherboard so I can run a second one of these if I need more juice. I'm very pleased.

Pros: Note: I play games at 720p due to my seriously outdated monitor, which is next on my upgrade list. Runs nearly any game I throw at it at 60fps. It's nice to be able to ignore system requirements when I buy a new game on Steam. Even BF3 runs smooth on Ultra at 60fps, but then again, I am playing at 720p. I suspect I'd need to turn down the AA at 1080p. The card was well protected in the packaging with a plastic clamshell, and installation in my PC was easy. Currently running nVidia drivers 306.97, and I haven't gotten any driver crashes at all.

Cons: Fan noise is somewhat high-pitched at speeds above 40%. I built my PC for silence, and this GPU is the noisiest part by far. It'd be nice if I could just power off the 660 Ti when I'm not gaming and use my CPU's HD 4000 graphics to reduce noise and power usage, but alas, PCs don't work that way. Due to the short PCB, the PCIe power ports are on the front side of the card. My PSU's cables reached, but a build I did for a friend last week (with this same card) had a PSU whose cables couldn't reach far enough when we routed them through the cable management area.

Pros: Works fine. Shipped fine to APO Pacific. Awesome on games. Didnt realize all I was missing with cheaper cards.

Pros: -Incredible performance (upgraded from two GTS 450s to one of these) -Quiet -Cools down quickly from heavy load -Excellent DX11 support -Borderlands 2 for free

Cons: None at all so far!

Pros: Low power consumption Easy install Handles everything I throw at it Under load max temp it hit was 74C, Running SC2 on Extreme graphics 128 FPS constant, no hiccups. Idles at 37C

Cons: Money is always a problem. But you get what you paid for. No complaints.

Overall Review: I opened this up and awed at the holographic "Powered by EVGA" sticker. Then I picked up the card and stared at it for 3 minutes straight. Upgraded from an EVGA GTX 470 to this, and it out preforms the 470 easily. Of course I was getting high framerates with the 470, but I decided it was time for an upgrade. This is significantly lighter (weight) than the 470, cooler than it (470 ran at around 42C idle high 80s, low 90s under load, maxed out at 108C). Plastic protectors on the SLI is great, no struggle during installation. Also the low power consumption compared to the 470 is great. My system ASUS P8P67 DELUXE i5-2500k Stock speeds/fan. 16 GB Corsair Vengeance 1600mhz 4x4GB This GPU Sound Blaster Audigy LS 500 GB 7200 RPM HDD 550W PSU Inside of an INWIN DRAGON RIDER Full Case

Pros: I read just about every review out there before I bought this and I got exactly what I expected. Runs quiet, runs at about 78c max temp under load (case fans could probably be tweaked), running in sli I get a 1678 score in Heaven and between 75-85 fps in Crysis 2 benchmarks. Overclocking is simple and getting an added 5 avg. fps is easy

Cons: Wish they'd run a bit cooler then 78c max (when OCed) but that's what the reviewers were getting and that's what I expected. Evga poster sucks