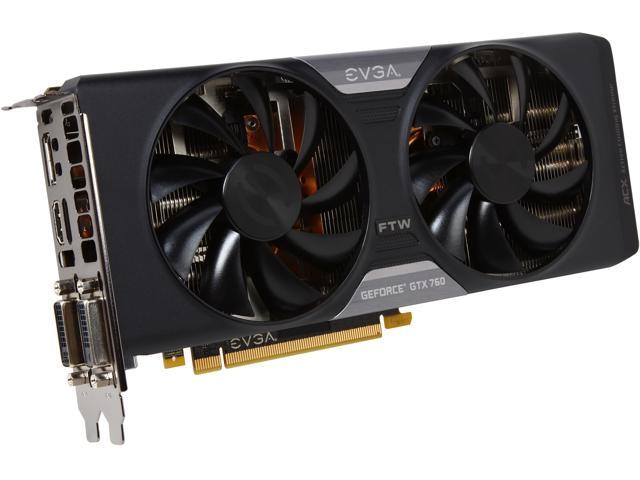 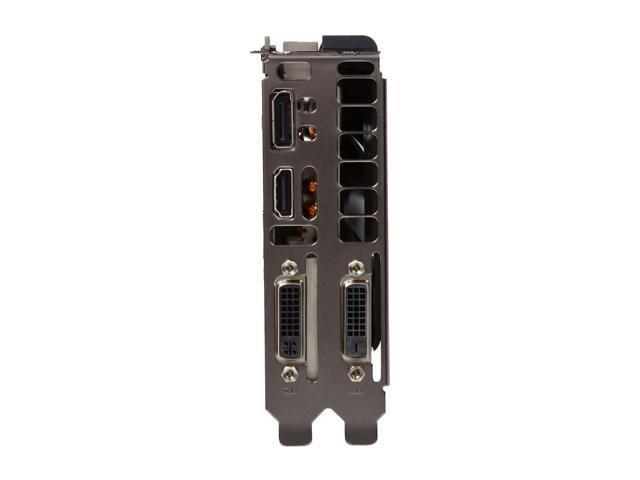 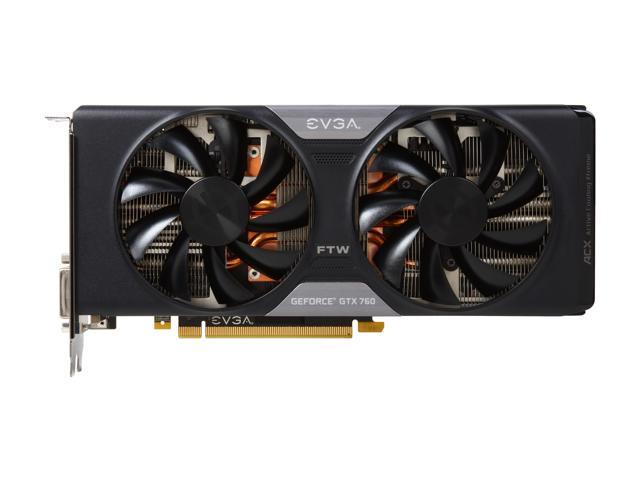 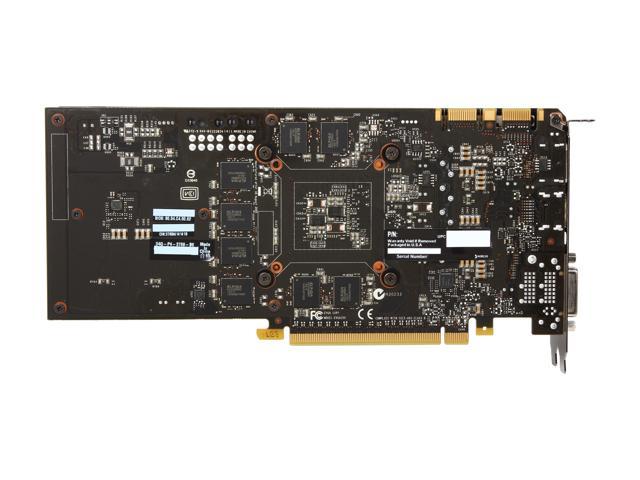 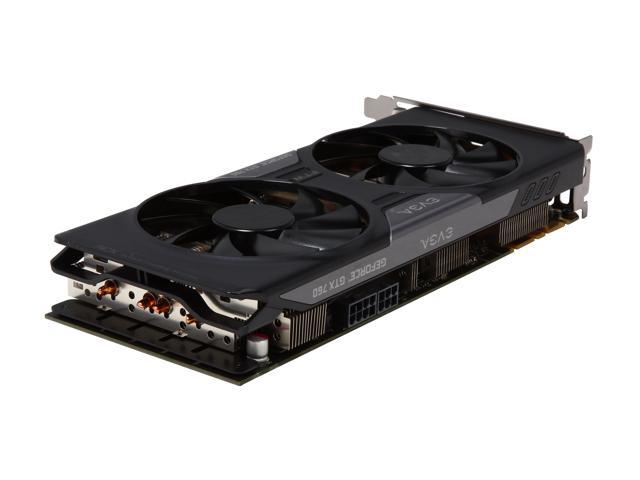 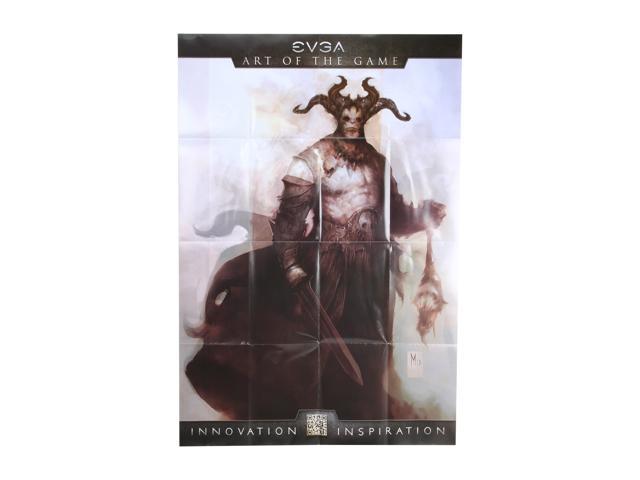 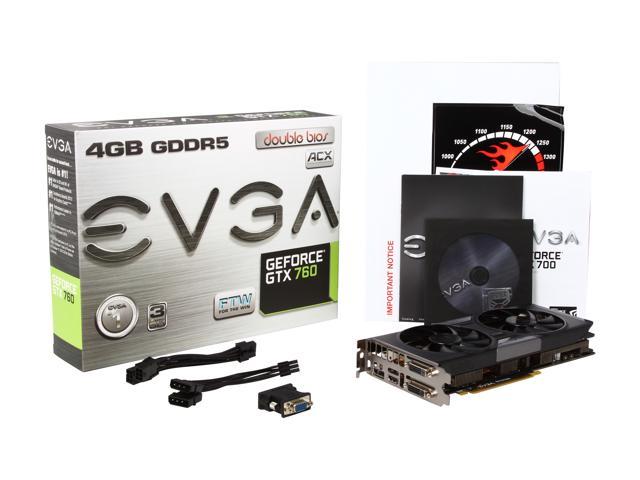 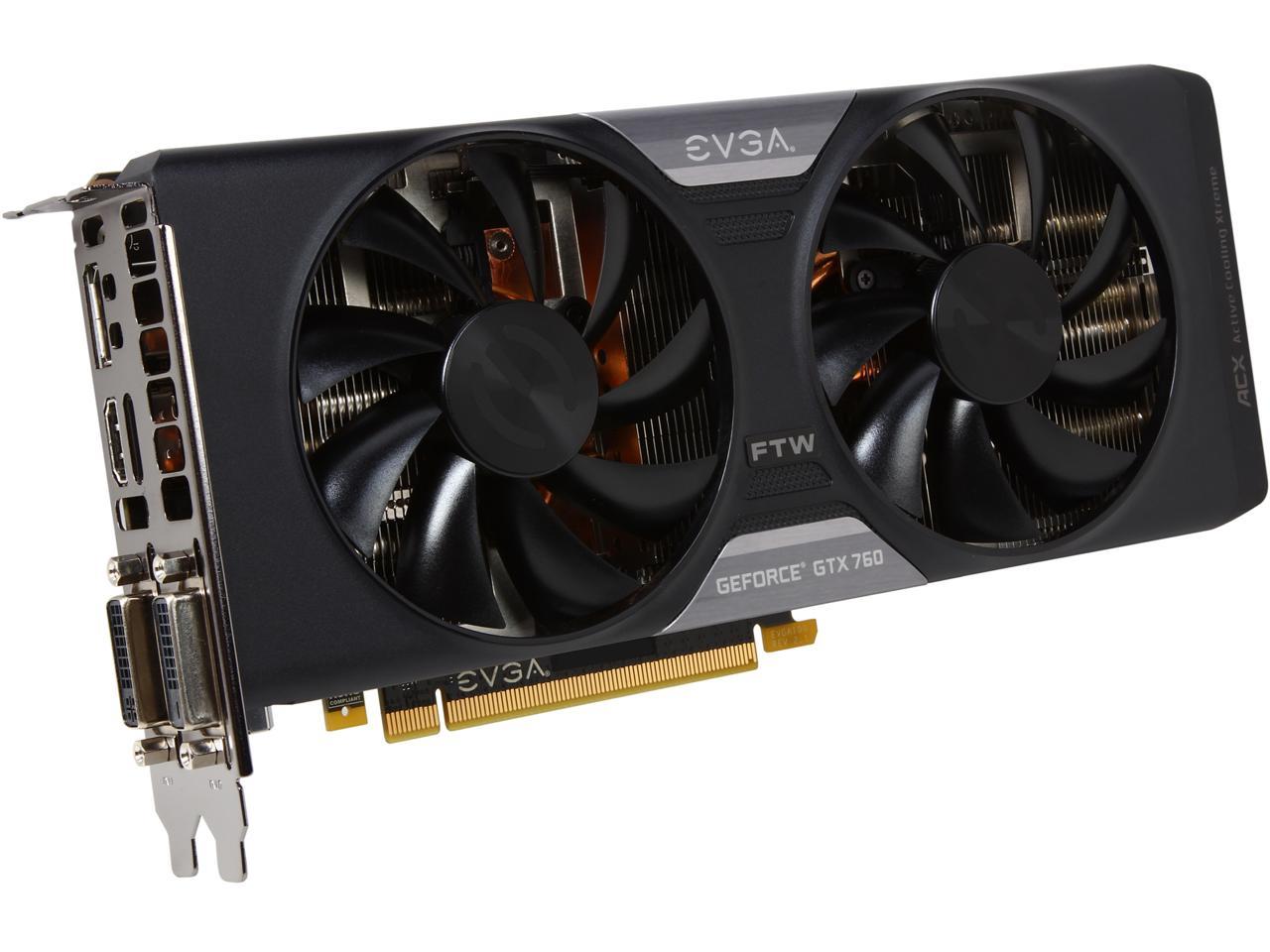 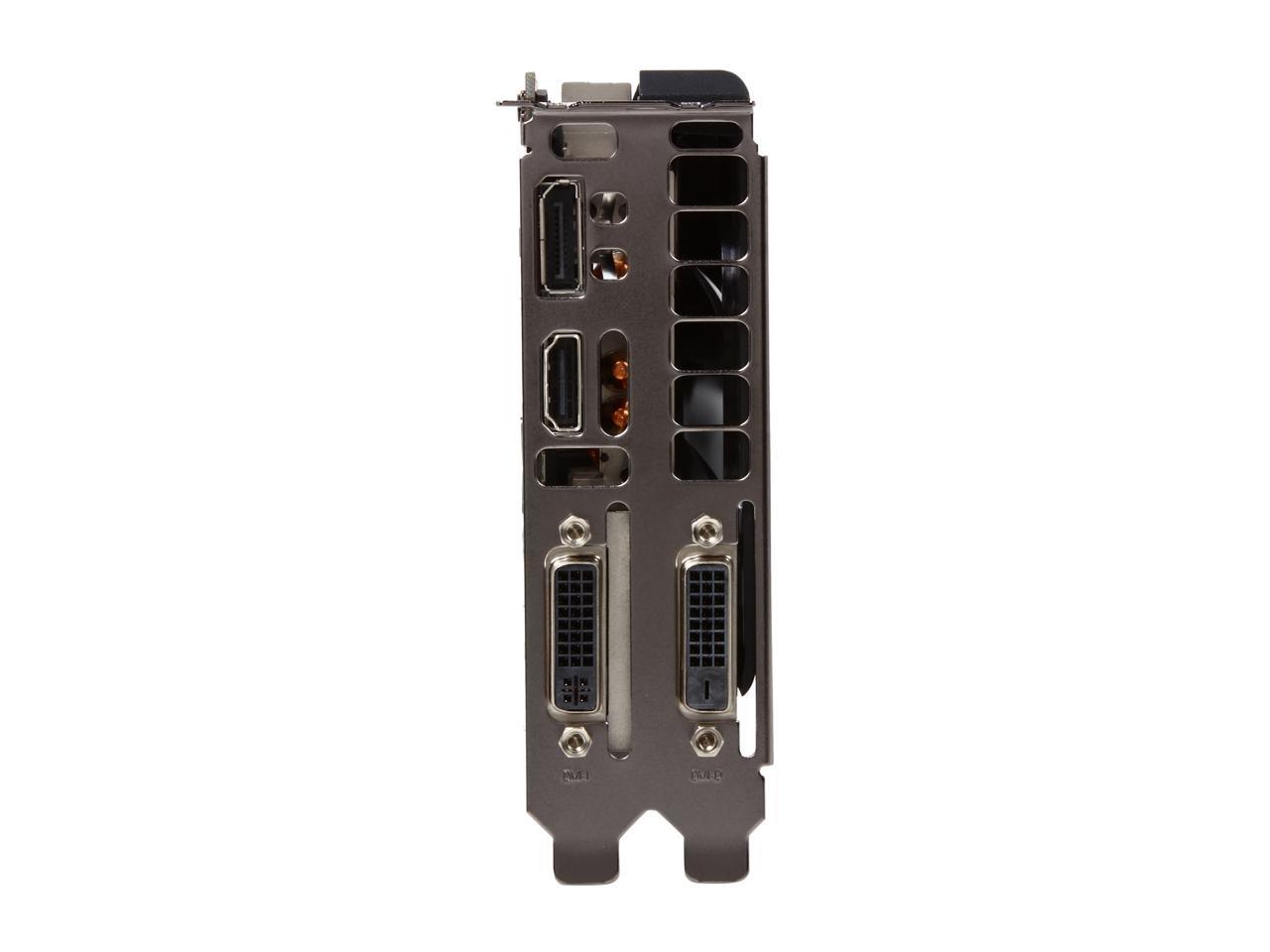 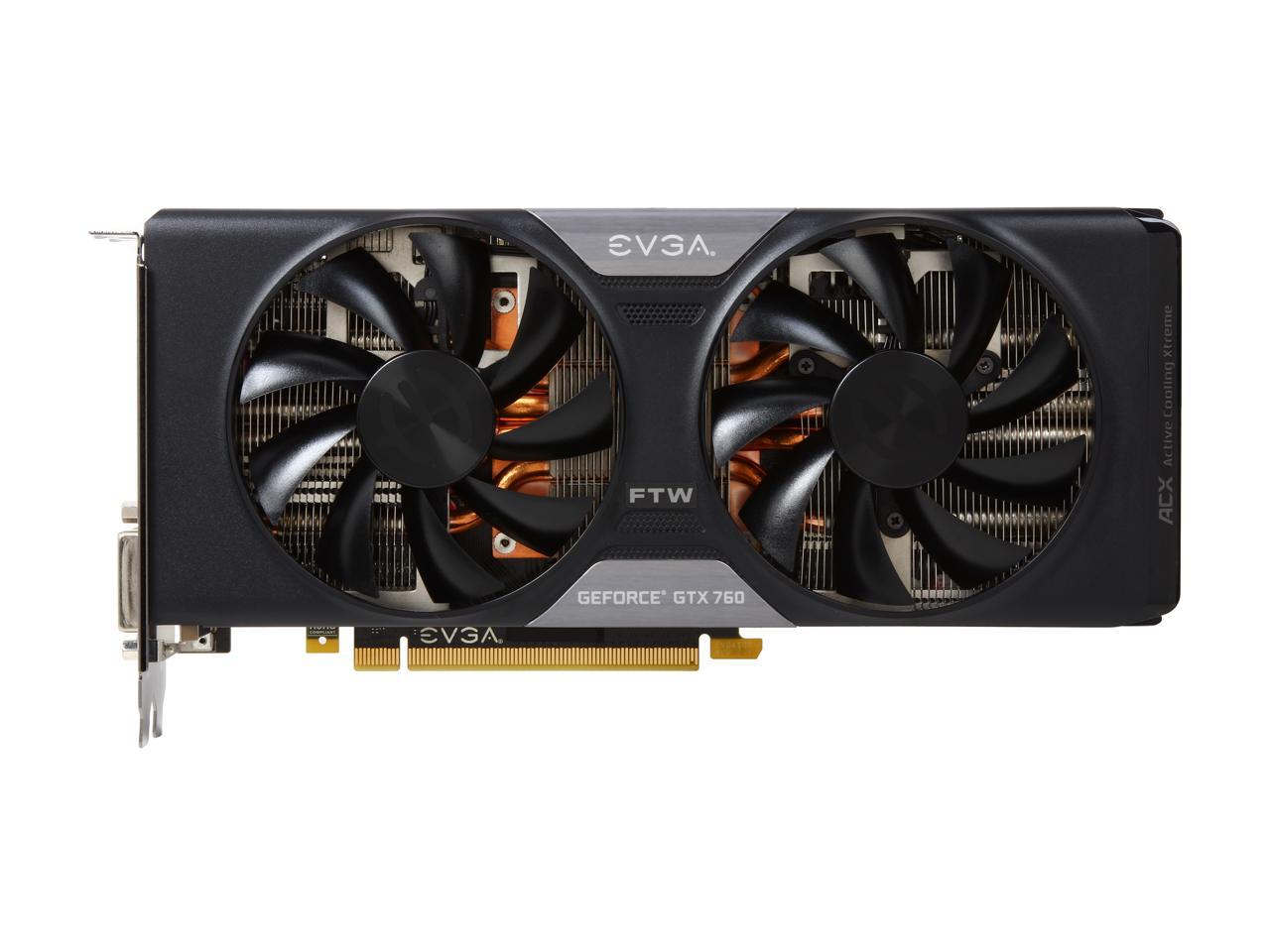 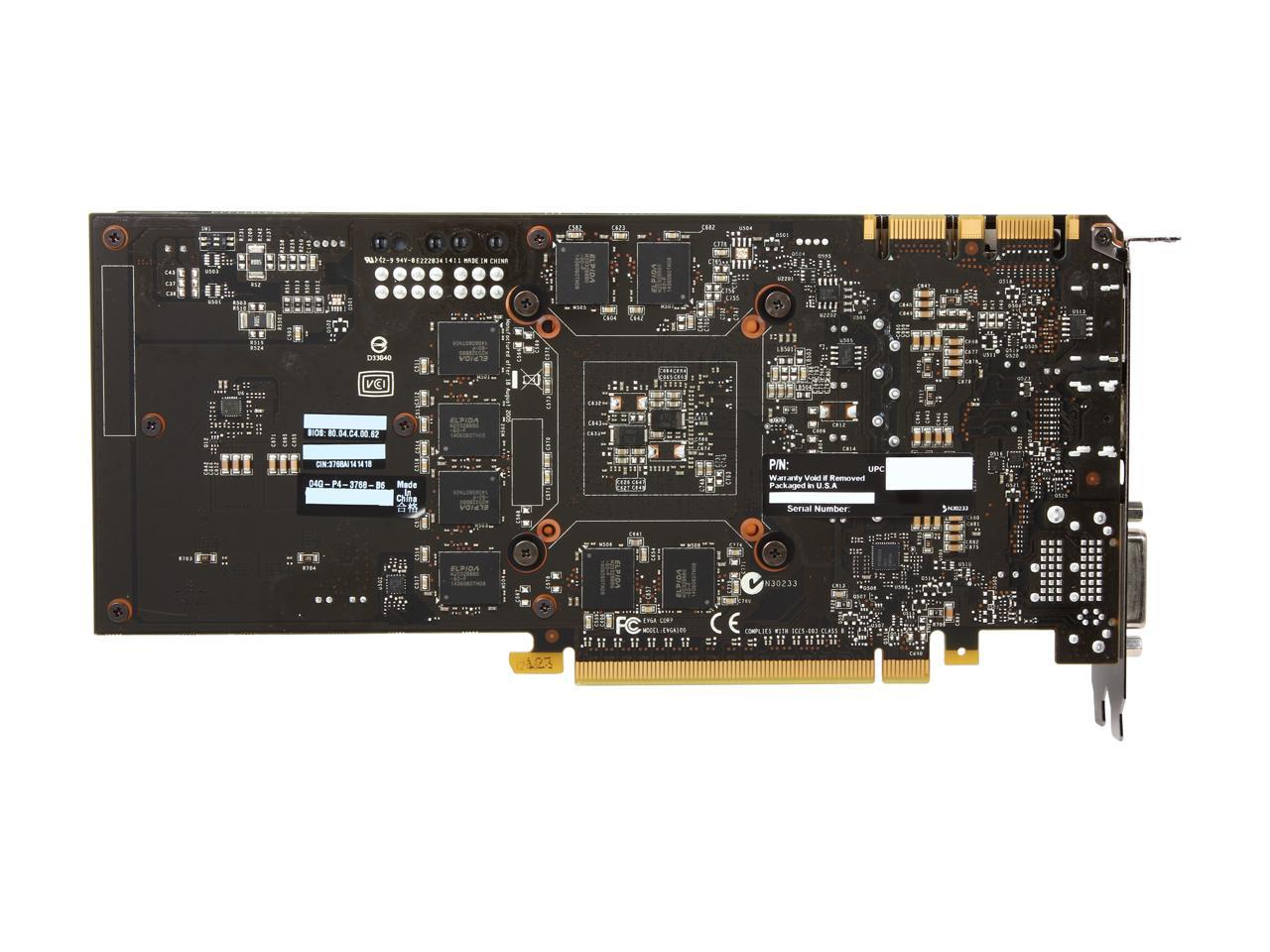 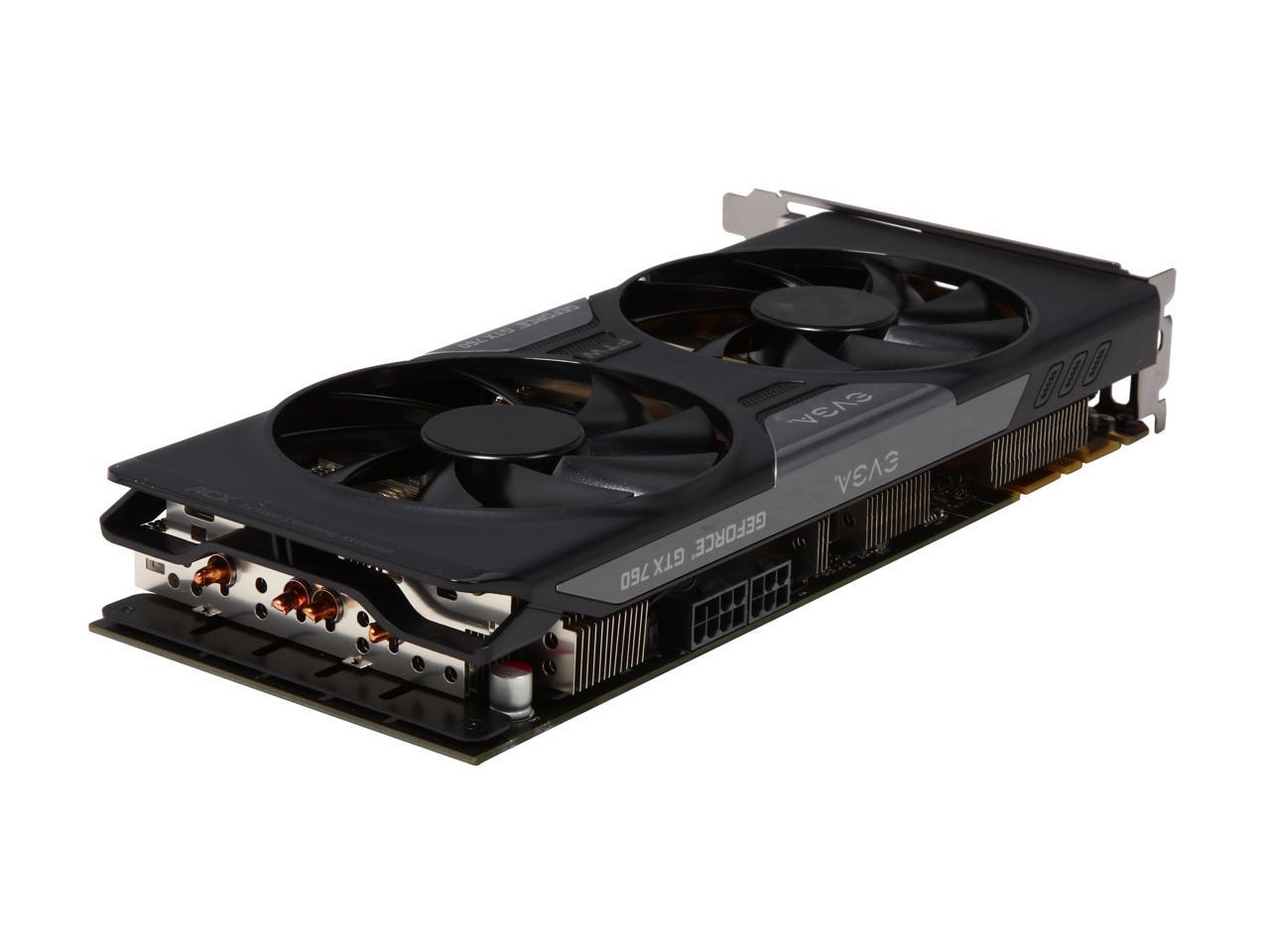 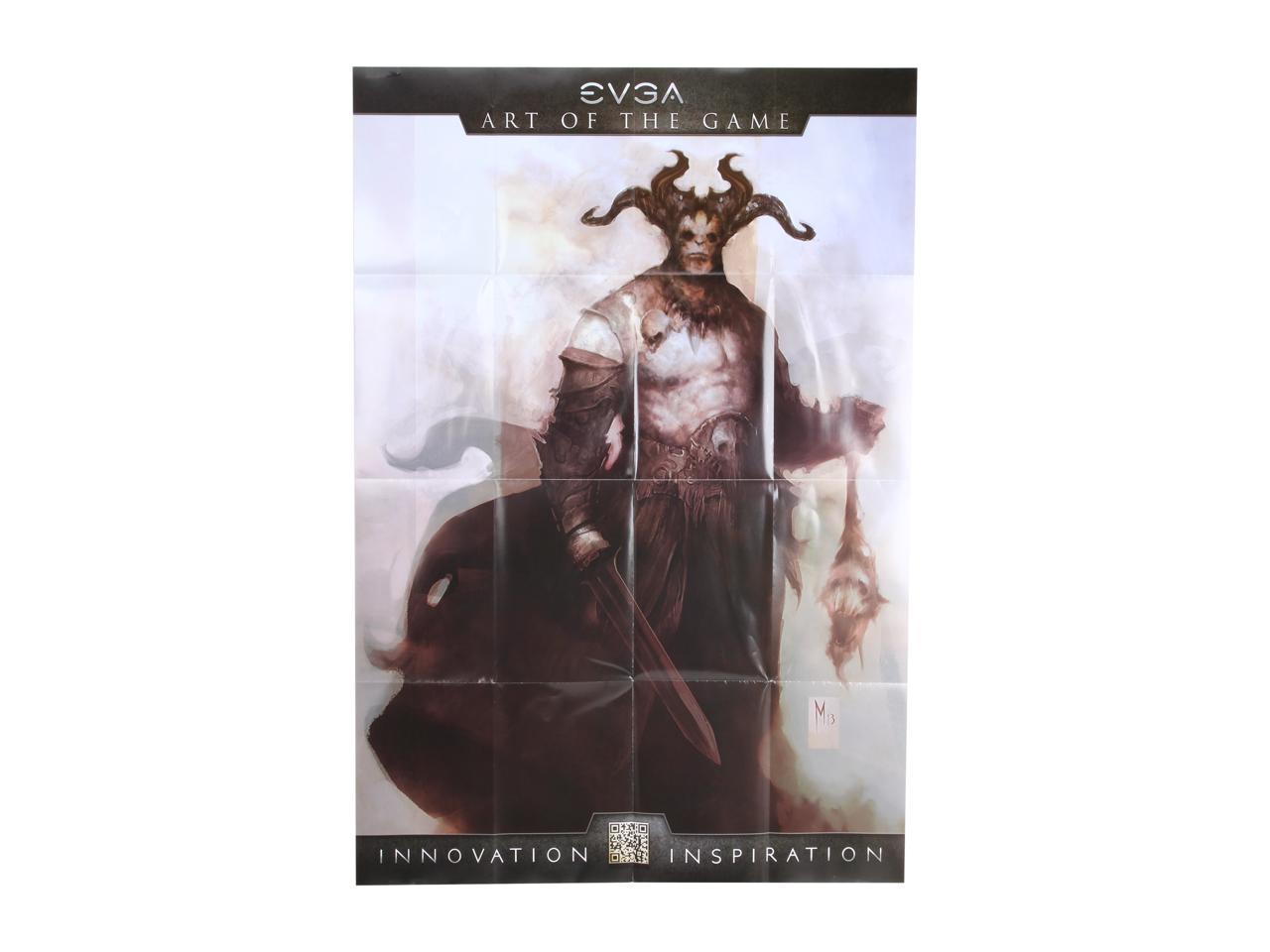 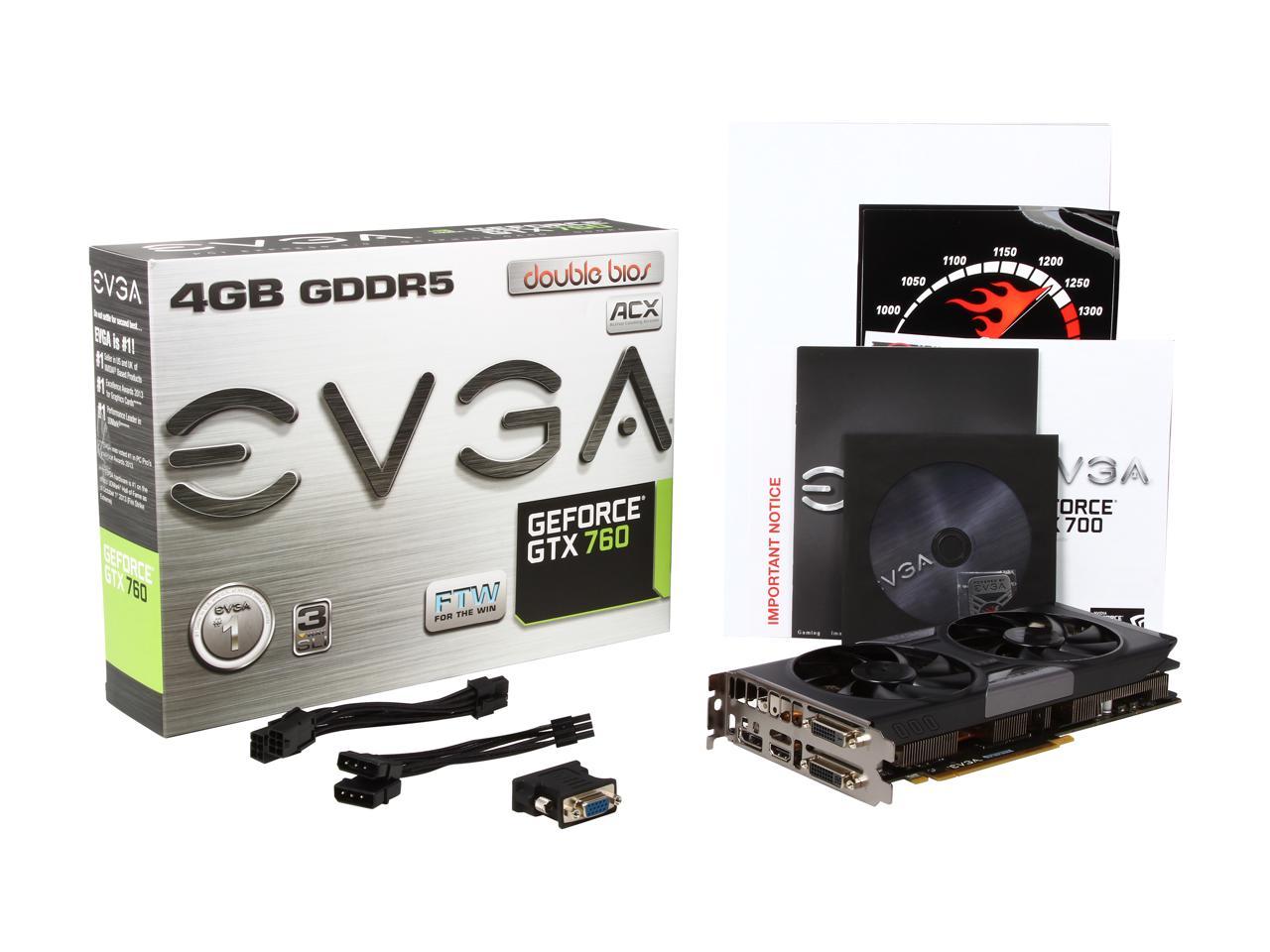 A new weapon of choice for gamers, the EVGA GeForce GTX 760 graphics card hits the sweet point of PC gaming with great performance at a competitive price. Based on the NVIDIA Kepler GPU, the Galaxy 04G-P4-3768-KR is built around 1152 CUDA processors and 2GB/256-bit GDDR5 memory, giving you the performance you need to game stutter-free at high settings. This card is factory overclocked to 1085MHz Base Clock (standard 980MHz), and 1150MHz Boost Clock (standard 1033MHz), for smoother gameplay. The award-winning ACX cooling solution keeps you card nice and cool. It's also stacked with unique gaming technologies that make it fast, such as GPU BOOST 2.0, NVIDIA Adaptive V-Sync, NVIDIA 3D Vision Surround, and NVIDIA PhysX.

Cons: Considerably costlier than the 2GB version I didn't get two!

Overall Review: This card is really amazing. I upgraded from an EVGA 560 Ti, and the difference is astounding. Every single game I have thrown at it thus far hasn't phased it one bit. The 4GB of VRAM keeps everything running smooth without any hitching. The price:performance ratio on this card is outstanding! Well worth the cost of admission.

Pros: very nice gaming no problems the gpu stay about 40c i had a 660ti 3g and you can tell the diffrence diffently worth the money

Cons: none that i have seen so far

Pros: Noticeable upgrade from the 560 ti sc I previously had installed. Runs the BF4 beta on high settings with no problems, had issues with the newest beta drivers and reverted to 320.49 and improved frames significantly (60 fps). Runs all current gen games I own (Skyrim modded 4k textures, Simcity, NS2, Chivarly, Arkharm City, BF3 on high or highest without any problems.

Cons: Not for single monitor setups. Skyrim with 4k texture mods pushed 2.1 gb vram. Natural Selection on highest settings pushed 1.4 gb vram BF4 beta with 320.49 drivers pushed 1.2-1.3 gb vram on high. Will not see benefit of 4gb unless using multiple monitor or wanting to future proof for an additional $50. Also some of the aluminum fins on the edges of the acx cooler where slightly bent when it arrived. The plastic packaging was tightly fitted around and I guess put a little too much pressure. Bent it back into shape as I saw no cracks or irregularities in the aluminum fan surface. called evga and to see if this was happening with other orders, tech support said they haven't heard about others with bent fins.

Overall Review: I plan to sli this and purchase more monitors as time goes on. If you are looking for a single monitor card stick with the 2gb version. Not sure if next gen titles will have a leap in required vram. Something to keep an eye out on though.

Cons: Minor to moderate coil whine at high FPS. For example, character select screen in WoW has a super high whine. Anywhere where FPS goes above 150 I get a low whine. This has been present since day 1. Sadly I had never experienced coil whine, so I honestly didn't know what I was hearing. My bad.

2 out of 2 people found this review helpful. Did you?
Manufacturer Response:
Dear Perry P, I am glad to hear that your video card is working well for you. The coil whine you are experiencing can be caused by a few things and we do recommend enabling V-sync in the game options to see if this helps as the game might be overloading the graphics card. The other thing to keep in mind is that coil whine will not cause any damage or performance problems to the product. Please let us know if you have any other questions or concerns by calling our 24 support at 1-888-881-3842 option 1 or by email at Newegg@evga.com. Sincerely, EVGA Customer Support
Christopher V.
Ownership: 1 day to 1 week
Verified Owner
Very Good Video Card5/6/2014 12:01:58 PM

Cons: It may be that I live on a tropical Island and my room is a bit hot at times, but when the Video Card is @ 100% usage the heat go to 80'C on gameplay.I run the fans on 100% anyway just in case. But when is in idle the card stay at around 40'C

Cons: -Can get a bit noisy, not hair-dryer loud, but a weak hair-dryer breeze. I expected the card to be quieter. -When I received my card, I noticed a few bent fins on the cooler, I decided to leave them be since it didn't affect performance but, it is worth noting shipping or manufacturing damage. -Very cool, temps don't go over 77C. -The 256-bit bus. -A bit overpriced...

Overall Review: -I was disappointed to know that running Skyrim whilst running many mods (including an ENB) consumed a maximum of 1.97 GB of vram [on 1080p]. Which leaves me to believe that 4GB of vram is unnecessary, at least for today's games. Since games like BF4 and SC:Blacklist only use about 1.7-1.8GB of vram on 1080p. -If you are playing on 1080p, this isn't the card for you; the reason I got this card was for the bigger memory (for modding purposes) which isn't getting used :( -It's debatable whether the card will actually use 4GB of vram with only 256-bit bus, this card would benefit from using a higher bus interface. -Also note that the card can't max everything out, especially the AMD titles such as Tomb Raider; TressFX really takes a big hit. Nonetheless, it will still give solid performance at med-high settings. -My card OC [on top of the factory OC] for a 1% increase: Core Clock: +36Mhz Memory Clock: +230MHz I didn't expect much since it was a FTW ed, but it was my first time OC'ing a card and I did see some improvements running Skyrim (with many mods) at a more stable 30FPS. -Final Thought: I wished that the card would see a price drop since the r9 series was released.

Pros: Quality construction, no sub-prime components(very common for some manufacturers to skimp on passive components, i.e caps and resistors). Upgrading from GTX570. VERY FAST! GPU rates at 80% quality, average is 60%. You can find a quality checker on line, BTW. IC's can vary from 0-50% below target performance goals.

Pros: This actually replaced a GTX 690!?, will evetually do SLI but so far it has provided actual improved perfomance over my previous GPU, not sure why but thats a good thing considering the power I'm saving at the moment without any overclocks as well. Definitely worth the money spent and it comes with free games too? Take my money!

Cons: Doesn't come with displayport cables, should be a standard in the future!

Overall Review: Will buy another maybe, but doesn't need it honestly, save your money for other components.