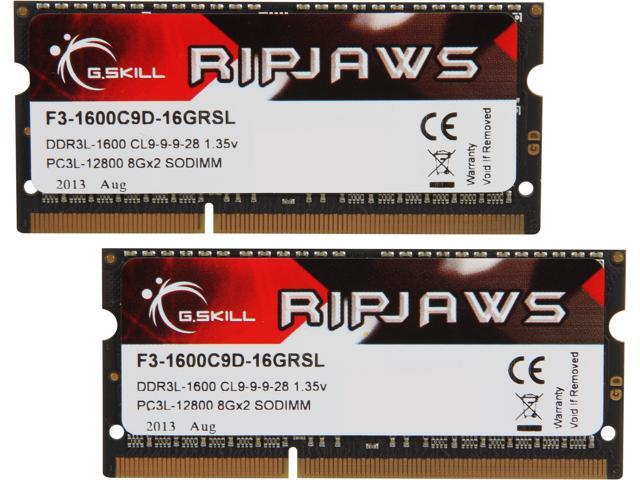 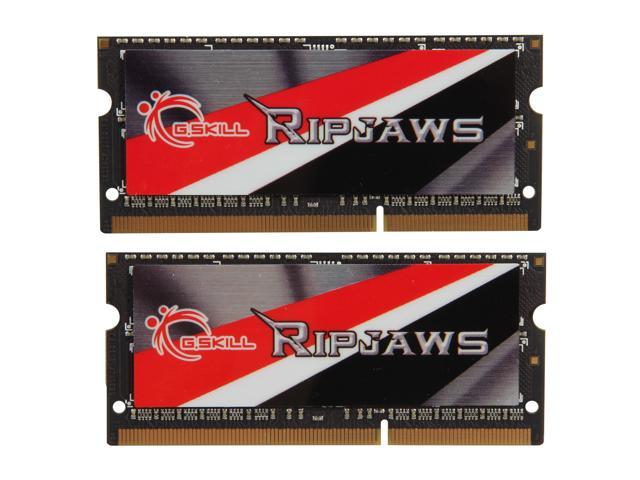 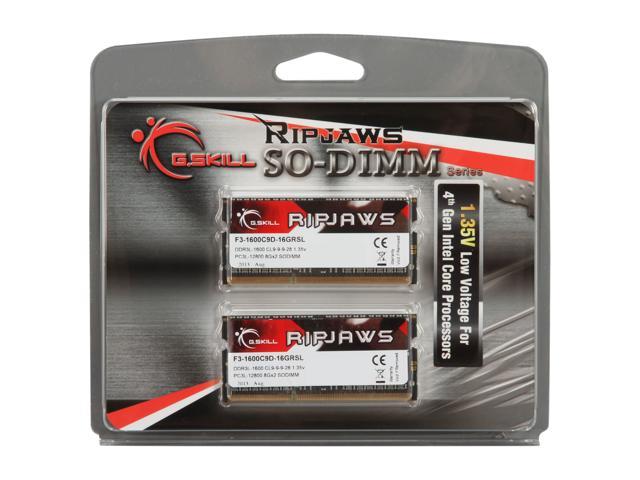 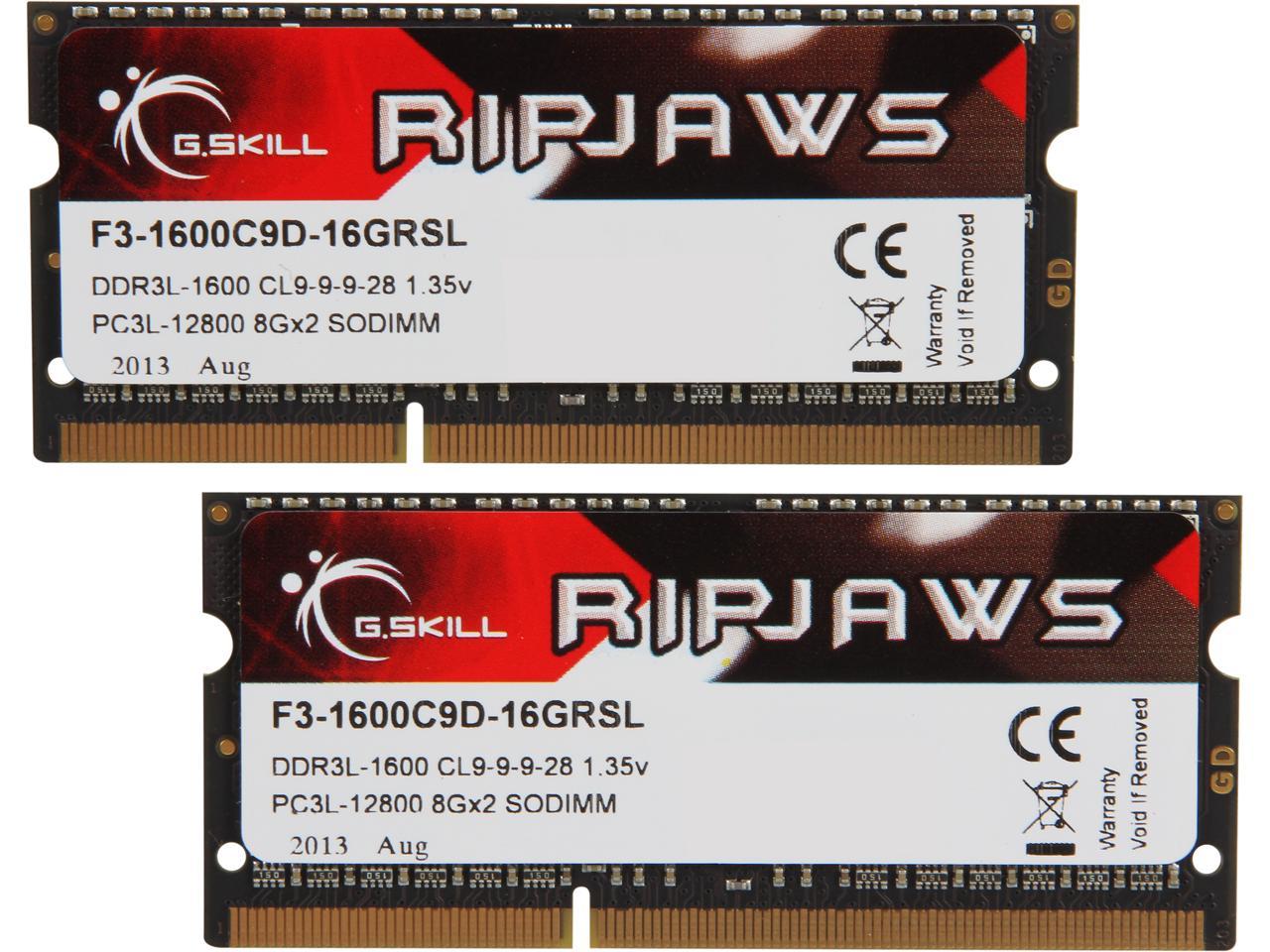 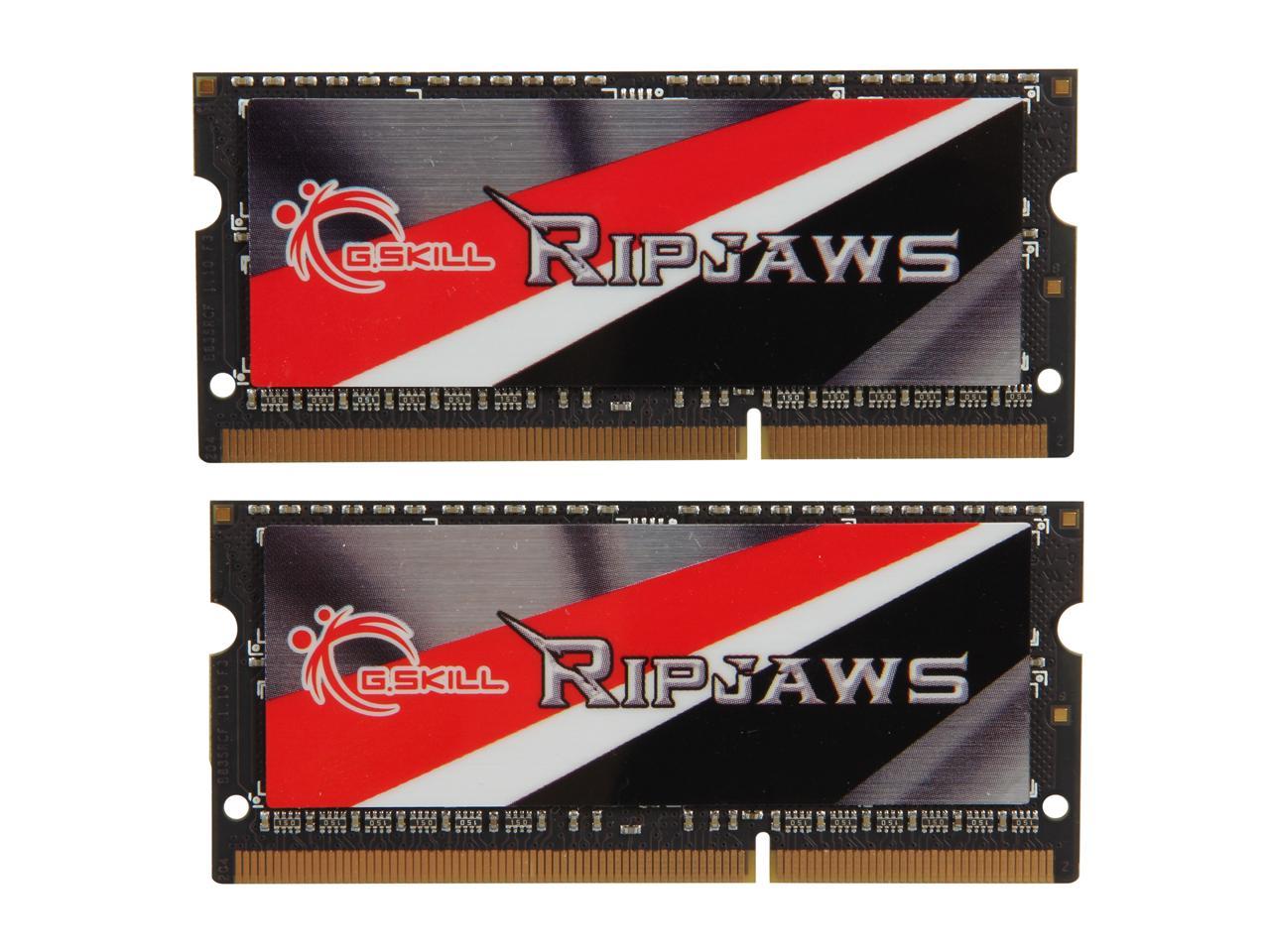 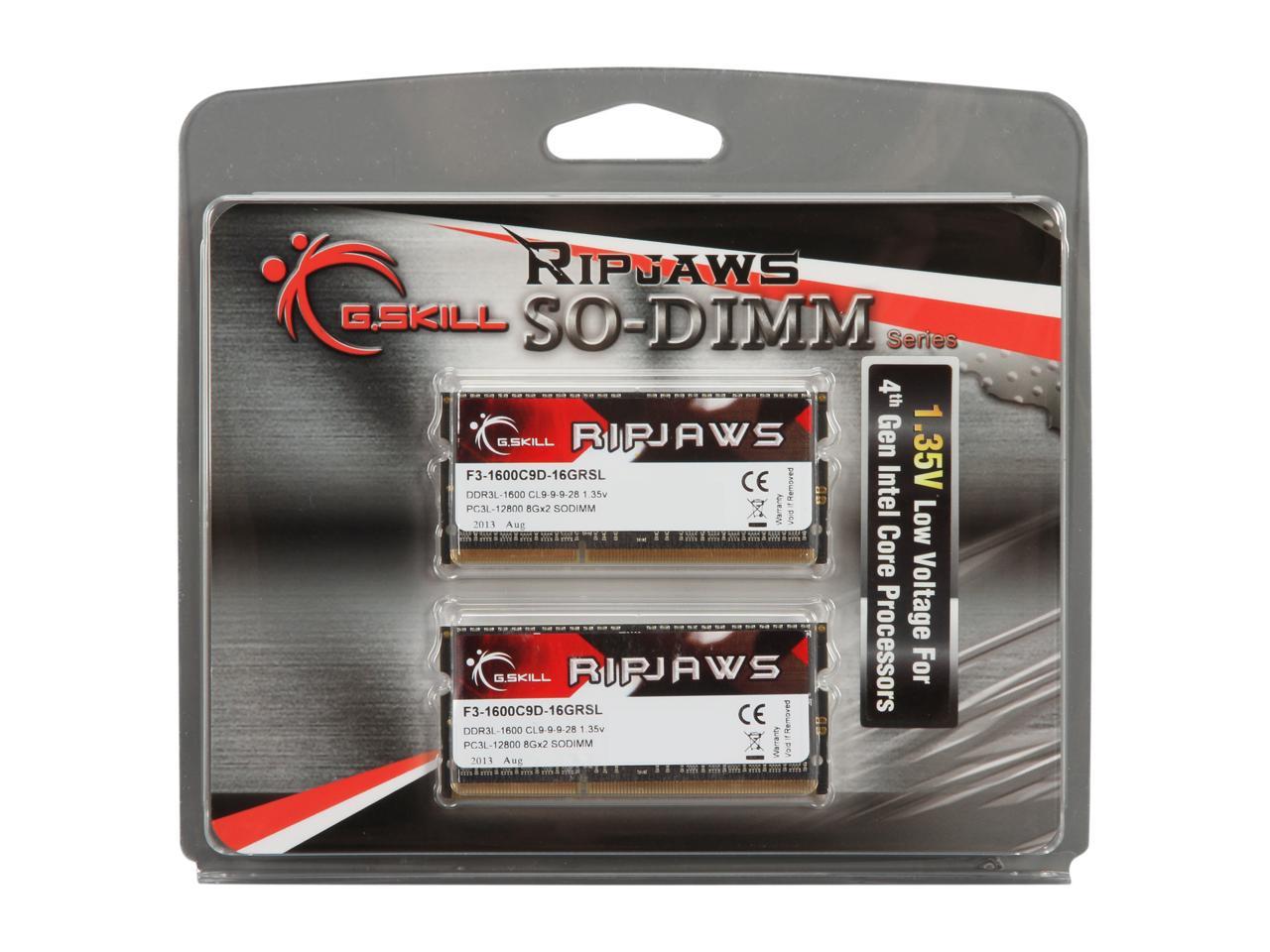 The G.SKILL Ripjaws SO-DIMM series memory kit helps enhance your productivity and computing experience on your laptop. It works at 1.35V ultra low voltage, and delivers fast speed, low latency to address your daily needs in work and entertainment. Quality components and construction ensure stability and durability you can count on in demanding situation.

Required only 1.35V, the G.SKILL low voltage SO-DIMM memory kit consumes less power and generates less heat. It is the perfect memory solution to extend your laptop's battery life and enhance the stability due to lower temperature.

The model # F3-1600C9D-16GRSL is rated at 1600MHz with timings of 9-9-9-28 to deliver up to 12.8GBps bandwidth per channel to deal with the evolving needs of today's operating system and applications.

Pros: Full speed of 1600 without OC (setting the XMP). Perfect for 4th and 3rd generation core i laptops. With ULV you can expect lower temperature, easier OC if have to, and lesser strain on CPU in general. Price is extremely competitive. I never had any problems with GSKILL (both laptop and desktop)

Overall Review: XMP version was not detected in CPUZ, if it even had one.

Pros: * I purchased this kit to add RAM to a Synology DS1817+. It works perfectly and was much cheaper than buying official Synology parts. * Best price I've seen for RAM of this type.

Pros: I got it on sale, and I got it one day early. Thank you very very much.

Cons: No cons at all

Overall Review: I bought this for a competitors laptop, 15-F387WM, because I read somewhere that a customer put in an 8gb memory chip and received 12gb from the computer and speculated that it might take 16gb. Braving being called a fool I ordered this set of memory and installed it in the laptop. Turned it on and it said "Installed Memory (ram): 16.0gb (14.9 usable). So much for the repair manual saying that it can take a max of 8gb. Just passing this info along.

Overall Review: I was concerned that the memory would not work with my MBP and some of the reviews here at newegg said it did but they weren't exactly specific about the MB model. After installation, the MBP booted up without any problems. I've only had it installed for less than a week and there hasn't been any problems yet. I'll make sure to update the review if any freezing occurs. Using the new Parallels 10 is still slow but I think that's because of the software and not the memory. A little fine tuning may resolve the issue. At least activity monitor's memory status doesn't turn red from using up 7.9+GB out of the 8GB I had to work with from before. So far, I'd recommend sticking with bootcamp (for Win8.1) if you are thinking about switching and upping your memory. This may change later as the Parallels team updates their software regularly.

Pros: I use g.skill in all my computers, 2 desktops, htpc, and 2 notebooks. Never had a problem. Installed in a refurbed Thinkpad T430, ran memtest for a number of passes, no faults. Have now been using for several months, no problems, no BSOD's.

Cons: Small trepidation given G.Skill themselves recommended using F3-1600C11D-16GRSL, the "11" timing being the same as the Lenovo memory originally installed. But based on several reviews here, gave it a try. Works, hesitation unneeded.

Overall Review: Upgrading from 1 "as bought" 4gb stick to 16gb allows me to run a number of programs in parallel. Also use Lightroom while traveling, as well as having LARGE number of tabs open in Firefox (in the hundreds - easy to open, never bother to close). Adding a Samsung 850Pro 256gb SSD completed the upgrade (refurb came with windows 10 Pro installed). Doubt that I'd see a practical difference between "11" and "9" timing in actual use, the driving factor was this was cheaper than the "stock" memory. Just wanted to report that it works in a Thinkpad T430, especially as a number of refurbs are now coming to market.

Pros: Love these sticks. Replaced the factory RAM in my Asus G750JM Laptop, saw improved performance in my Games, runs very reliably haven't had any issues with these cards!

Pros: Great set of ram, instantly recognized by my alienware alpha. Huge improvements from the one 4gb stick that it replaced.

Overall Review: Fast order processing and shipping by Newegg Install was easy and simple on my late 2011 Macbook Pro, and its functioning with no errors and improved overall speed when using RAM hungry apps.