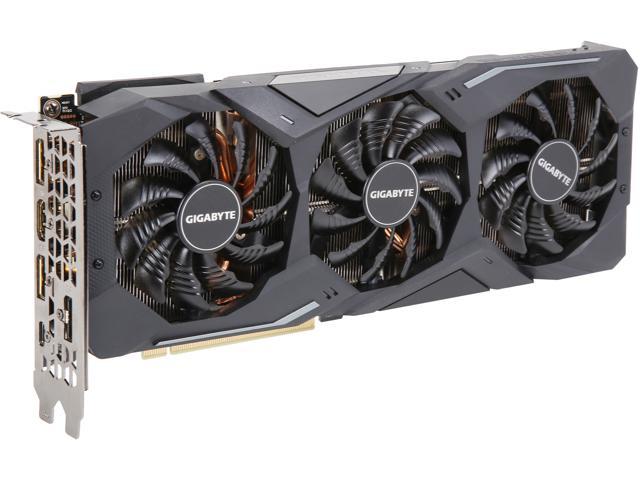 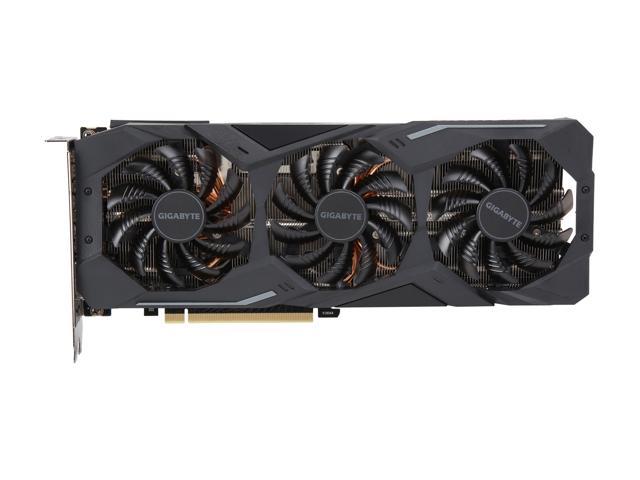 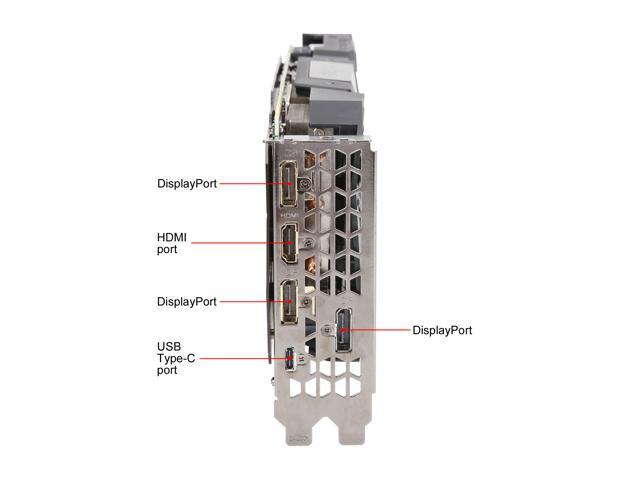 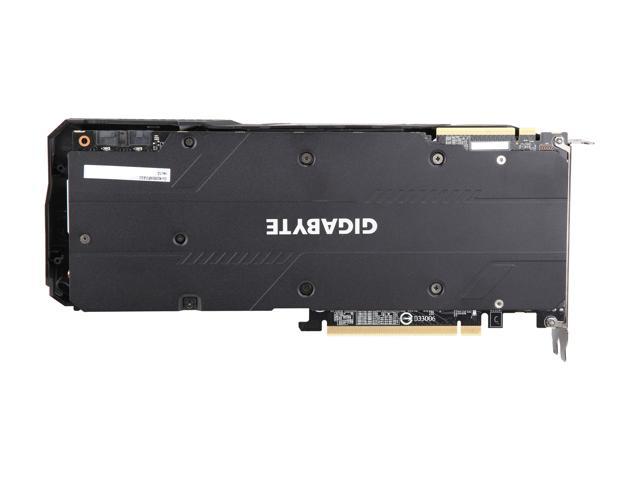 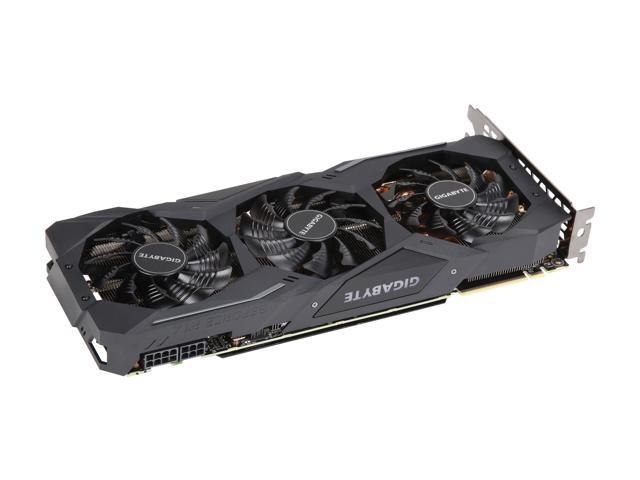 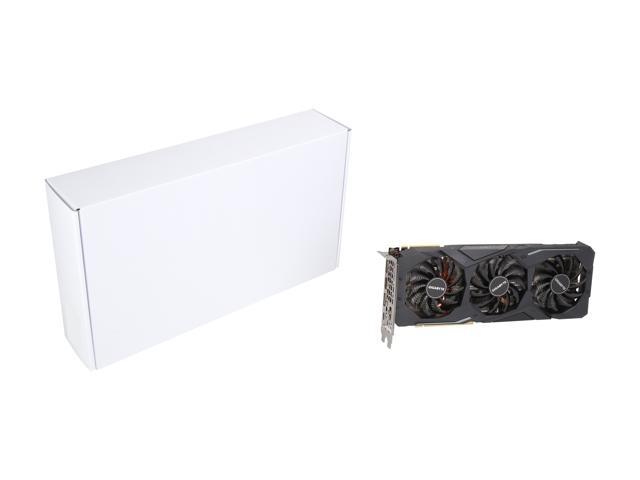 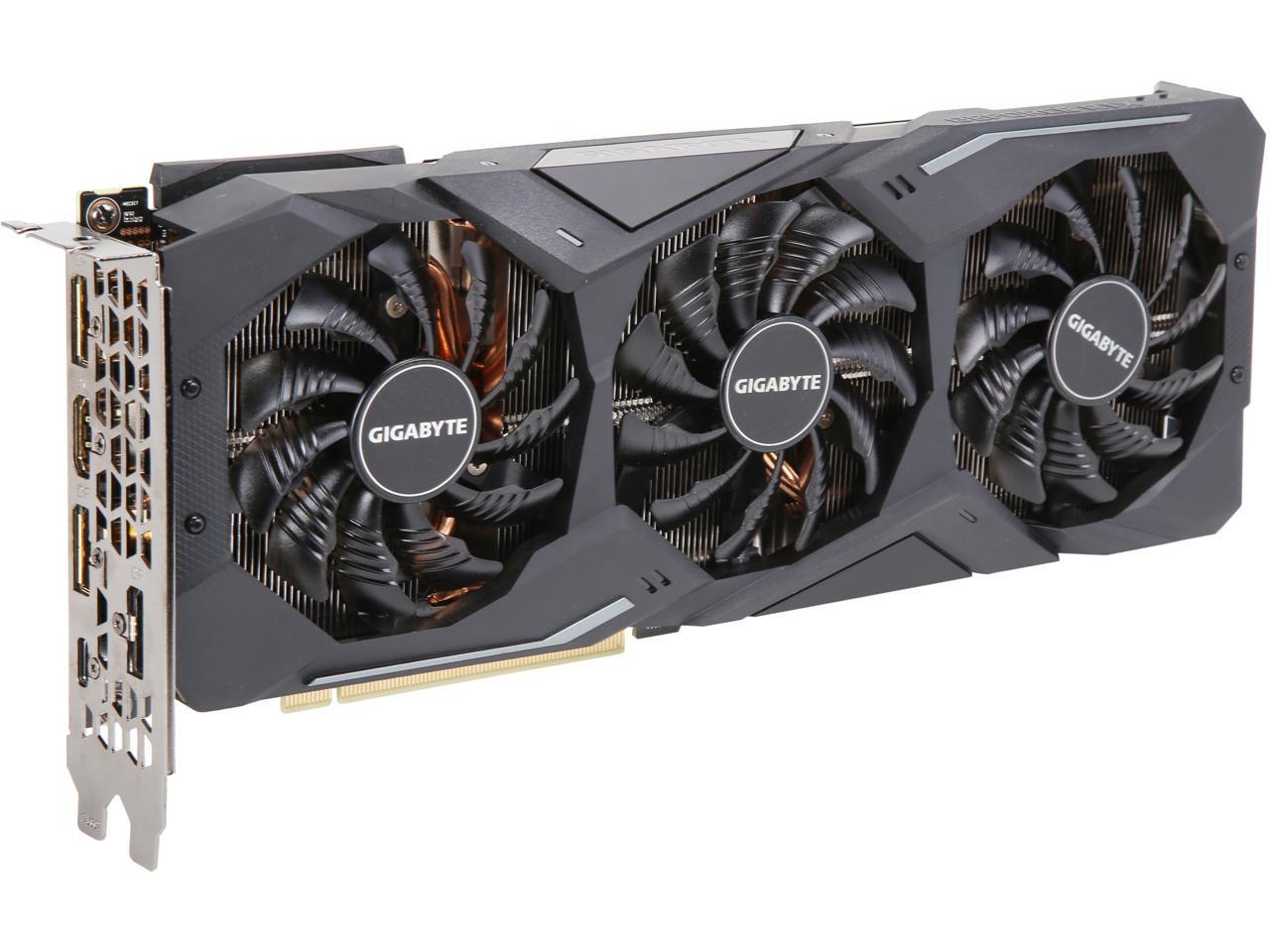 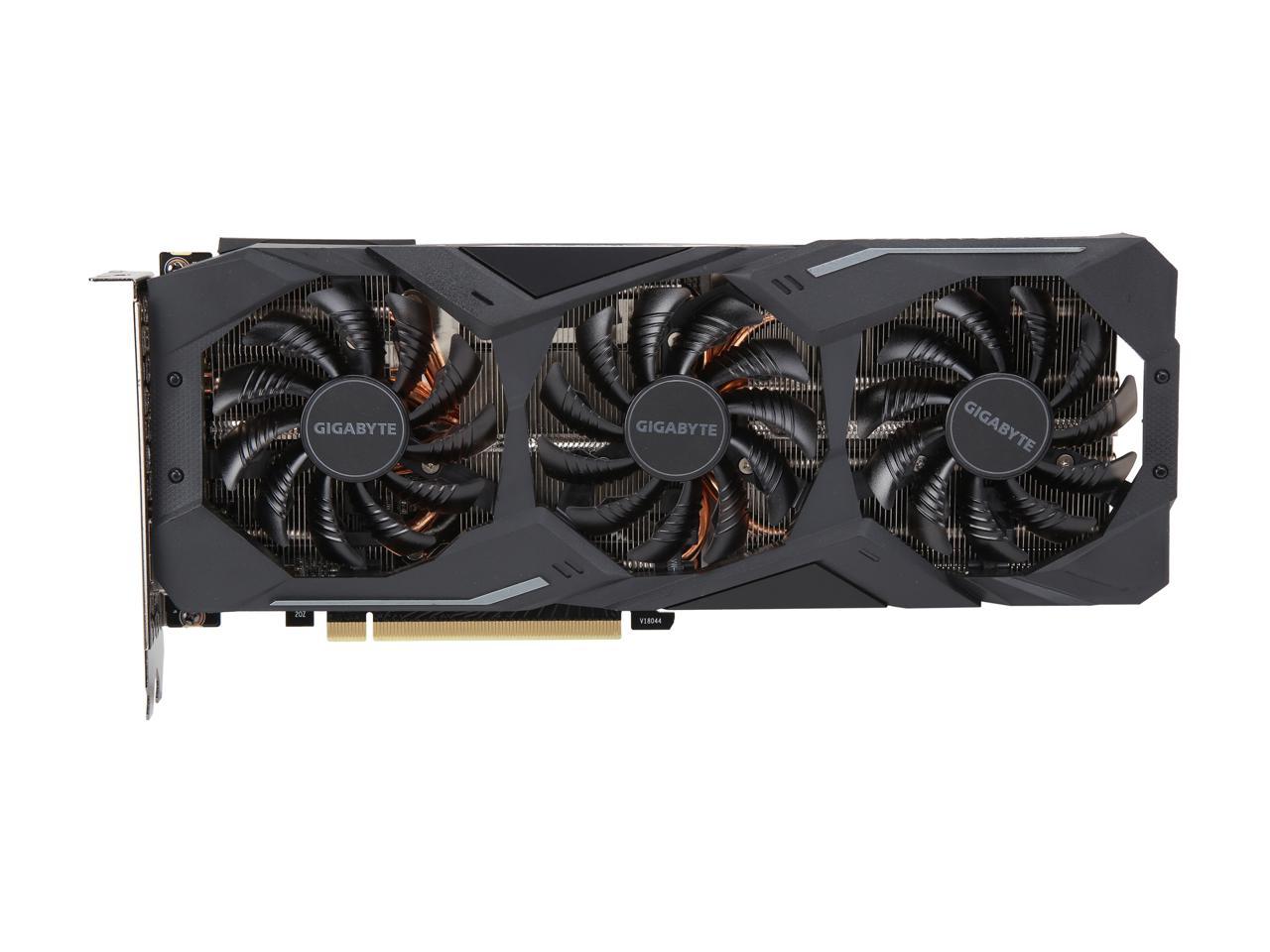 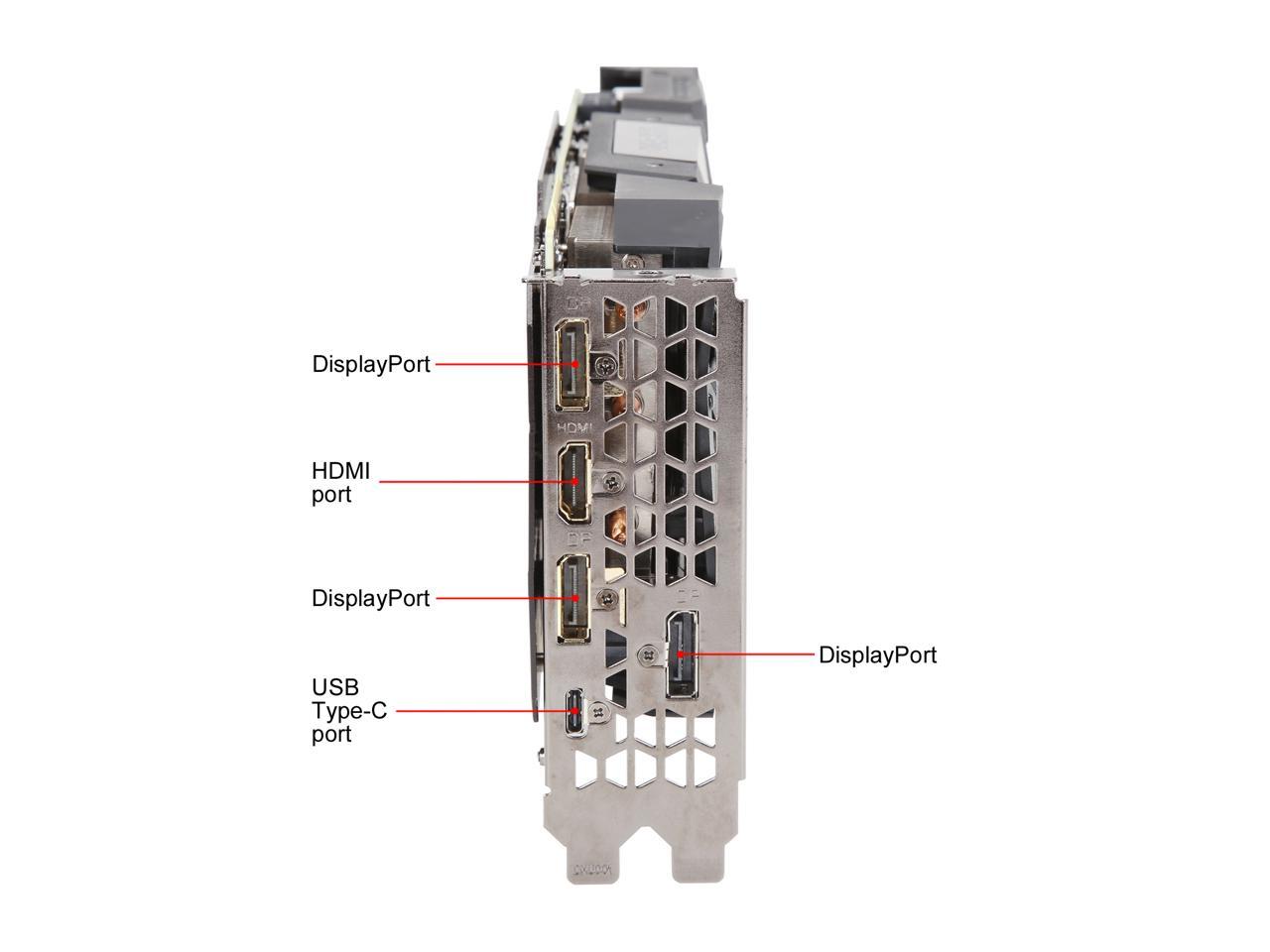 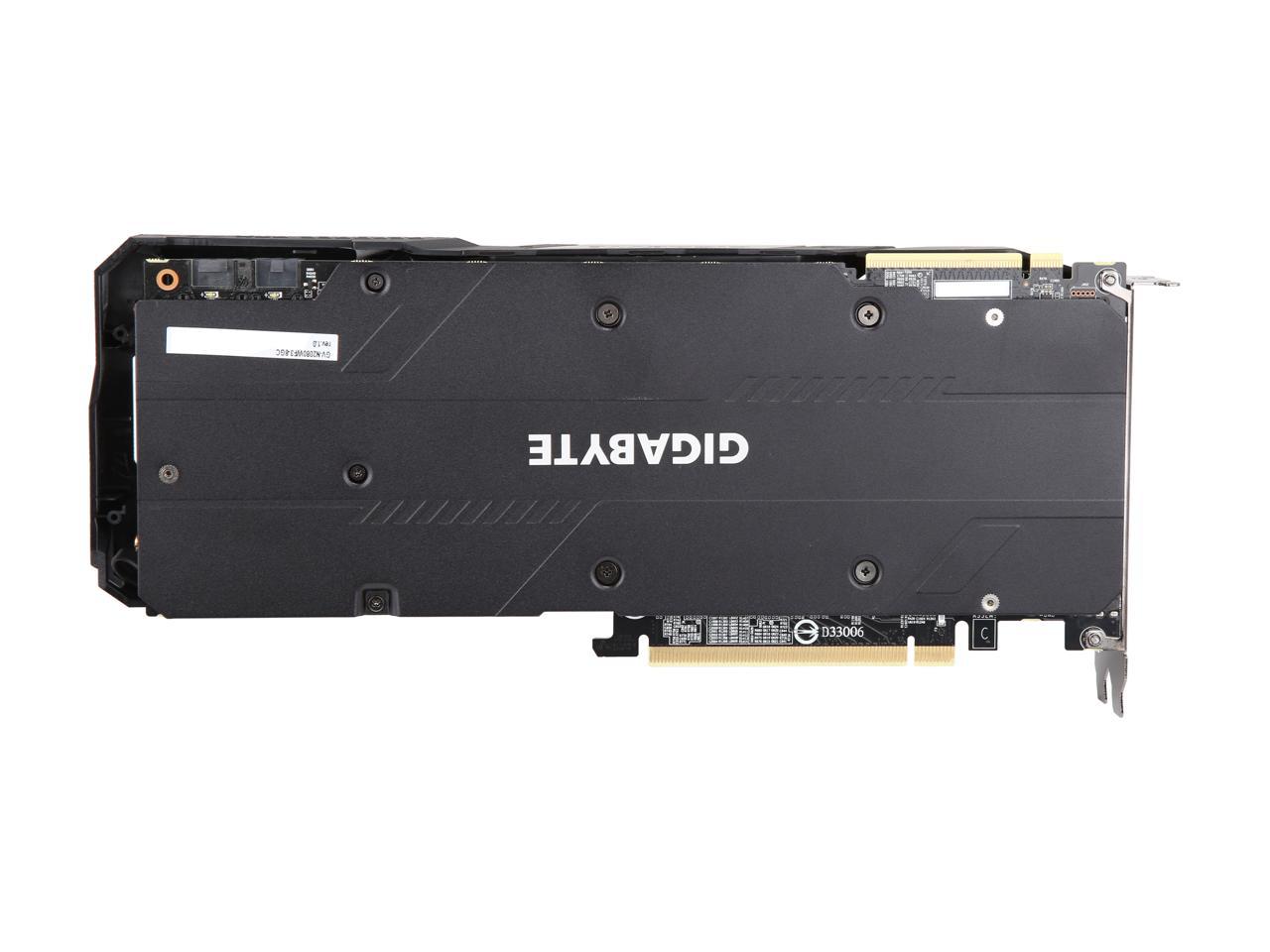 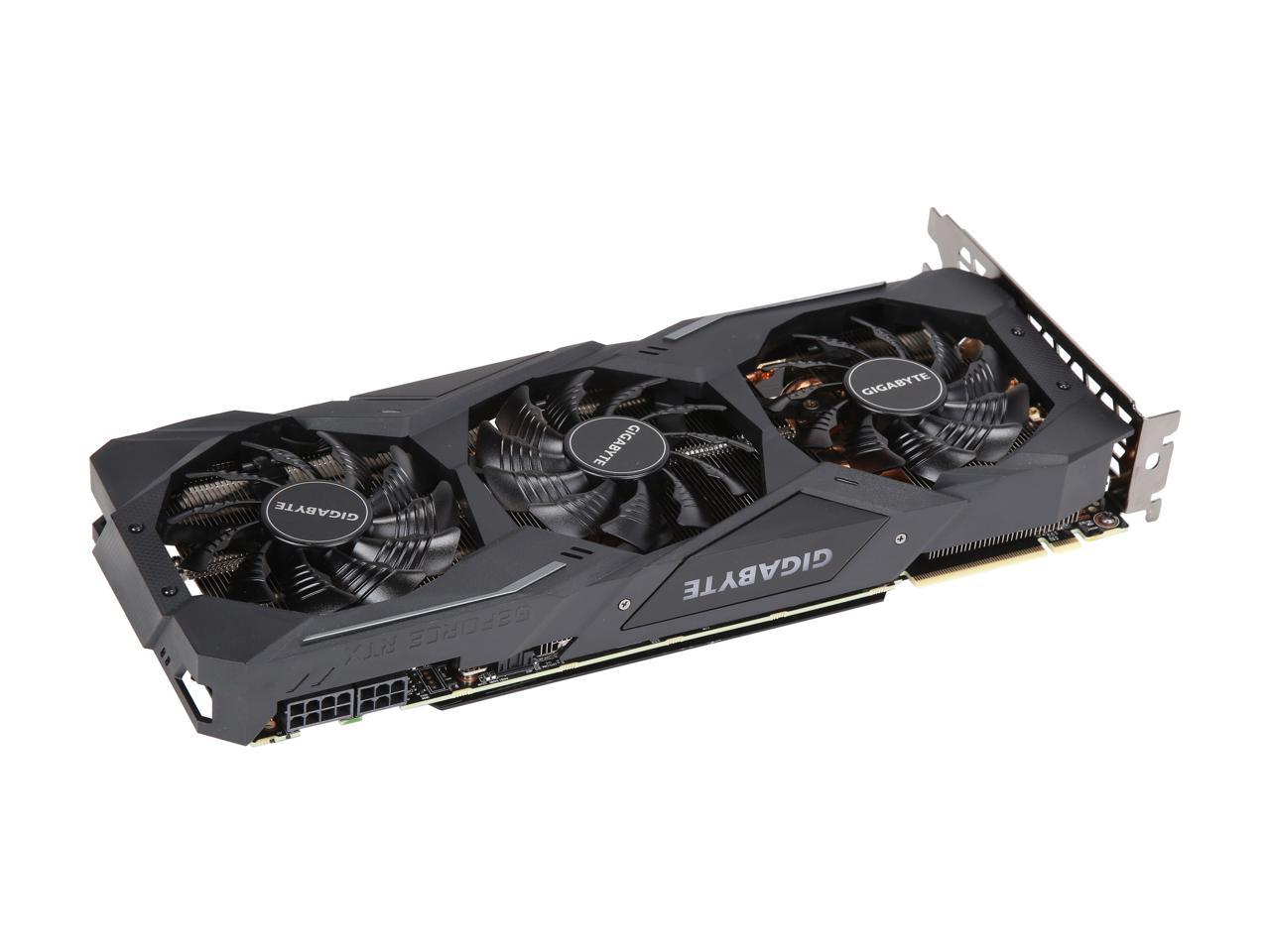 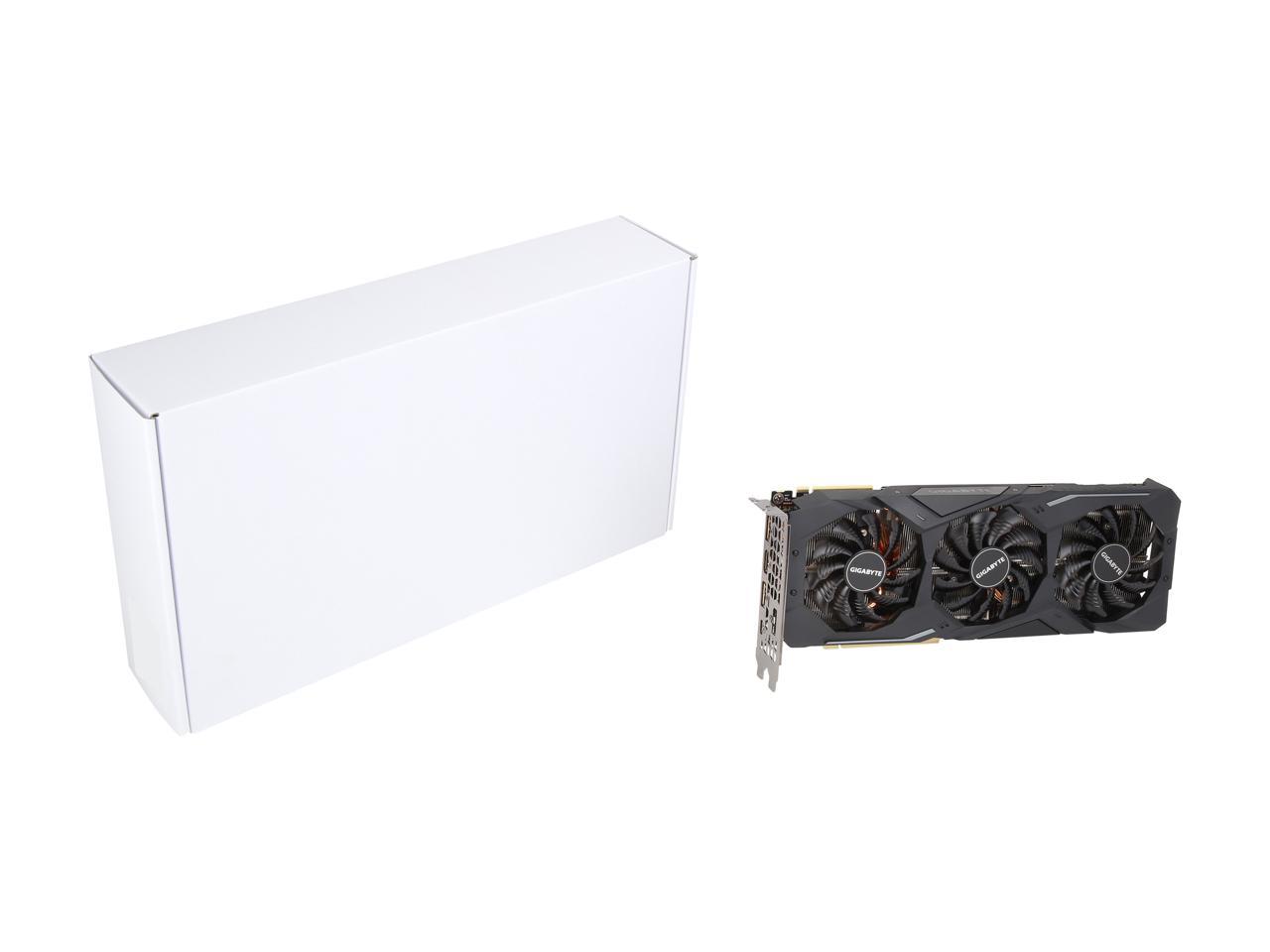 This means the product was tested and repaired as required to meet the standards of the refurbisher, which may or may not be the original manufacturer. Any exceptions to the condition of the item outside the manufacturer’s information should be provided in the listing, up to and including warranty details.
(11) Write a Review
OUT OF STOCK.
LOADING...
Overview
Specs
Reviews
GeForce RTX® 2080 WINDFORCE GV-N2080WF3-8GC

Get ready to experience the future of gaming with the GIGABYTE GeForce RTX 2080 graphics card. Thanks to the revolutionary NVIDIA Turing architecture and next-gen GDDR6 memory, visuals will have unprecedented realism and graphics settings can be set to the highest. WINDFORCE 3X Cooling System keeps the GPU cool when the action heats up. Customizable RGB LED lets you create unique style using RGB Fusion 2.0 software. Performance tweaking only takes a few clicks with intuitive AORUS Engine utility. You can even connect two cards with NVLink Bridge (sold separately) for ultimate 4K gaming and VR experience. The GIGABYTE-patented “Alternate Spinning” is the only solution that can solve the turbulent airflow of three fans. The biggest problem with using three fans is turbulence. Since the fans rotate in the same direction, the airflow direction becomes contrary between the fans, which will cause turbulent airflow and reduce effective heat dissipation. GIGABYTE turns the middle fan in the opposite direction, so that the airflow direction between the two fans is the same, reducing the turbulence and enhancing airflow pressure. Enhanced airflow is spilt by the triangular-edged fan while being guided smoothly through the 3D-striped curves on the fan's surface. The shape of the pure-copper heat pipes maximizes the direct-contact area within the GPU, enhancing heat transfer. The heat pipe also covers the VRAM through a large metal-plate contact to ensure proper cooling. With 16.7M customizable color options and numerous lighting effects, you can choose the right scheme for your gaming rig with the AORUS engine. The graphics card uses the 8+2 power-phase design to allow the MOSFET to operate at a lower temperature. The over-temperature-protection design and load balancing for each MOSFET plus the Ultra Durable-certified chokes and capacitors provide excellent performance and longer system life. The metal backplate provides a great aesthetic shape and strengthens the structure of the graphics card to provide complete protection.

Supports NVIDIA NVLink™ (NVIDIA SLI) technology, which combines 2 identical GPUs with a GeForce RTX NVLink Bridge to deliver the ultimate experience in 4K or VR gaming. You can also adjust the light effect on the bridge with the AORUS Engine.

The interface and functionality of software is subject to each model.

Learn more about the GIGABYTE GV-N2080WF3-8GC

Cons: -GPU shroud feels a bit flimsy -Stock bios has 111% power limit, quite low if you want to overclock -Not really a con considering the price, but thermals aren't great when heavily overclocked

Overall Review: I'm surprised by how well this card can overclock, especially considering it's a refurbished non-oc variant. I can't believe Nvidia let such a good chip slip thru their greedy binning, and whoever returned this card should be screaming no regerts if they know how well it overclocks lol. My particular card is great at overclock, but do note that overclocking potential varies by card even within the same model. I think mine has exceptional silicon quality on both the GPU and the memory (Samsung GDDR6). Before flashing its bios, I was able to do +212 on the core and +655 on the memory in Afterburner, achieving a time spy score of 12227. FYI, you can NOT just flash any rtx 2080 bios to it, you must find one for TU104 chip, not for TU104A. I found a Gainward RTX 2080 8 GB BIOS with 130% power limit and flashed my card with it; then I was able to do +43% core voltage, +220 core clock, +1413 memory clock, with 130% power limit, and I got a time spy score of 12726 with that setting, which is NUMBER 19 on 3dmark leaderboard for a single RTX 2080. VERY impressive for a card of this price. However, the thermal design on this card isn't intended to deal with heavy overclock. My card goes above 75C and starts to boost lower mid-benchmark even if I turn the fans to 100%, which is probably why some people with same or lower oc setting has a better score than I do. Running time spy twice would push the temperature above 80 C, and the second score would be noticeably lower as the GPU boosts lower with higher temp. If I put a water block on the card, it will probably perform even better. I use a daily overclock that simulates the settings before the bios flash, +0% core voltage, +204 core clock, +1132 memory clock, and 111% power limit. I get a time spy score of 12260 with the setting and the thermals and stability are great. Overall, I'm really happy with the card :) It's my best draw in silicon lottery so far

Pros: Looks like a brand new card and runs as advertised. It has 3 fans, but I have yet to notice any increase in sound. I have tried all the games that I play at ultra settings and im happy with the high and stable fps. No complaints as of yet.

Overall Review: I feel pretty good about this purchase.

Pros: This refurbished card arrived in perfect shape, with no signs of damage or wear. It looked new. It works great and I have tested it thoroughly.

Overall Review: I am happy with my purchase.

Cons: Its quite large so make sure your case has enough space

Overall Review: This card had artifact right out of the box. Granted it’s a refurbed card but I don’t think it was actually refurbished. Newegg refunded my money right away no big deal.

Cons: Lack of a DVI-D DualLink for older 144hz monitors

Pros: the temp stay below 65c at 90% load. does not make any noise which i love because my previous card sound like a jet.

Cons: none for now if change i will update this review. with 90 day money back from newegg i see no reason why you wouldn't buy this card.