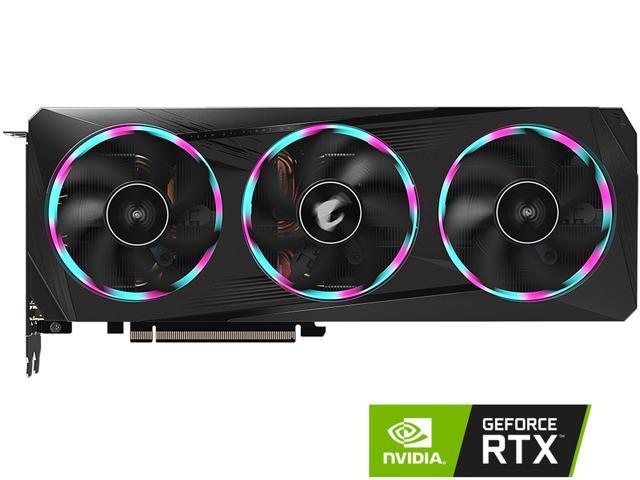 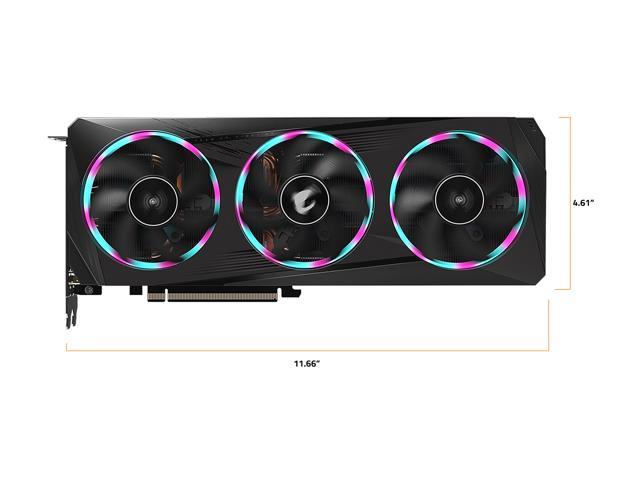 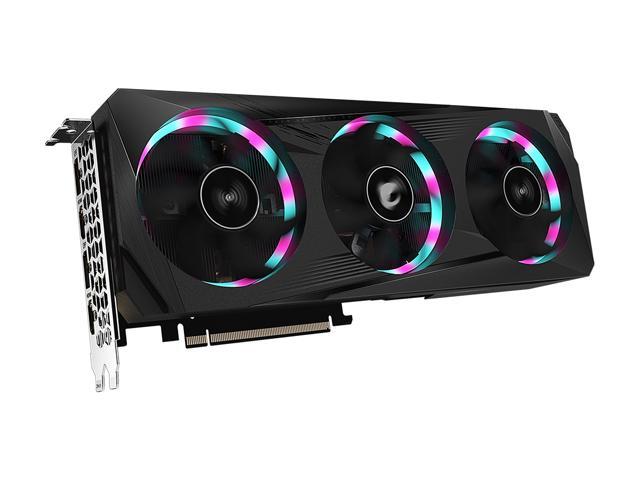 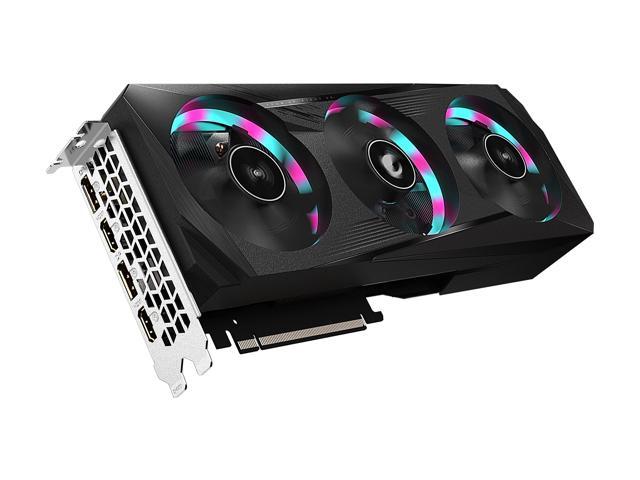 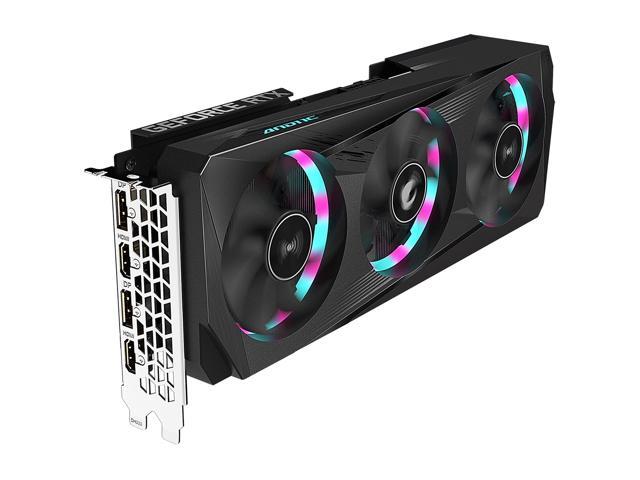 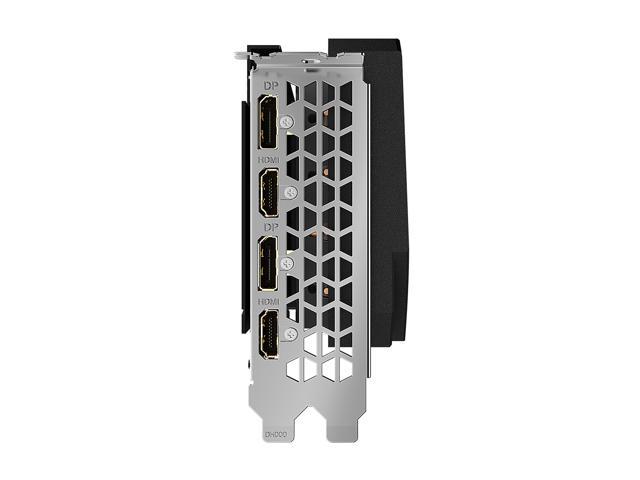 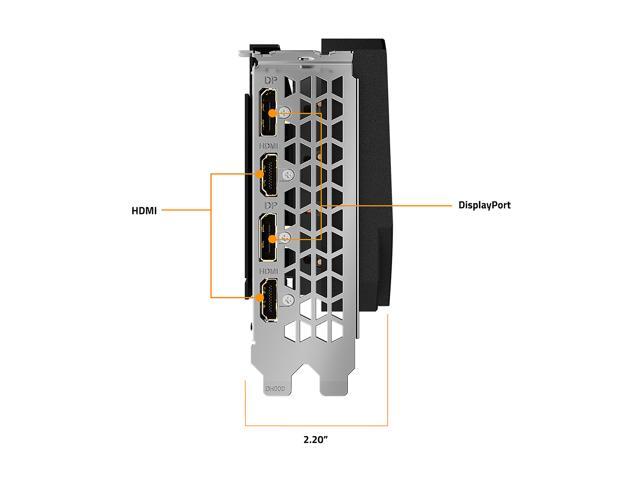 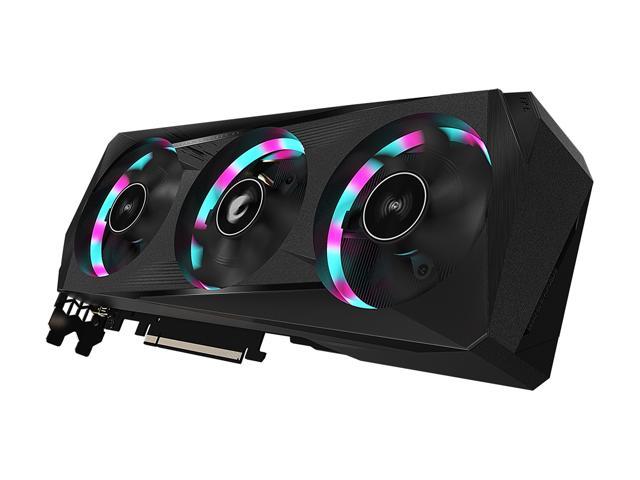 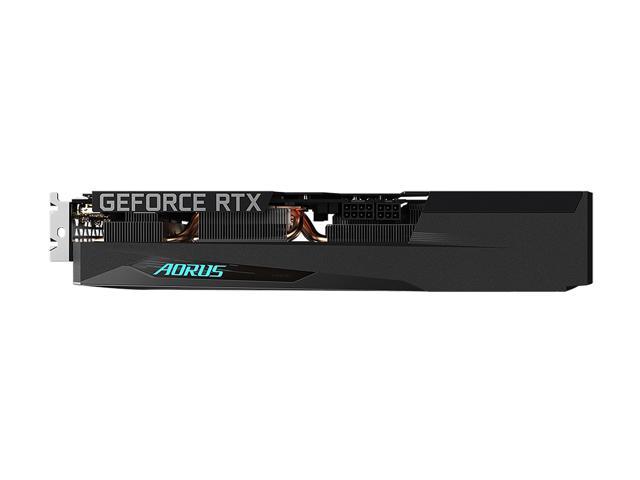 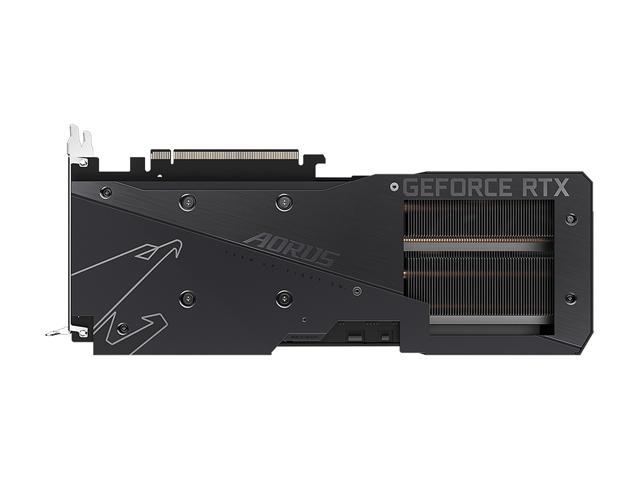 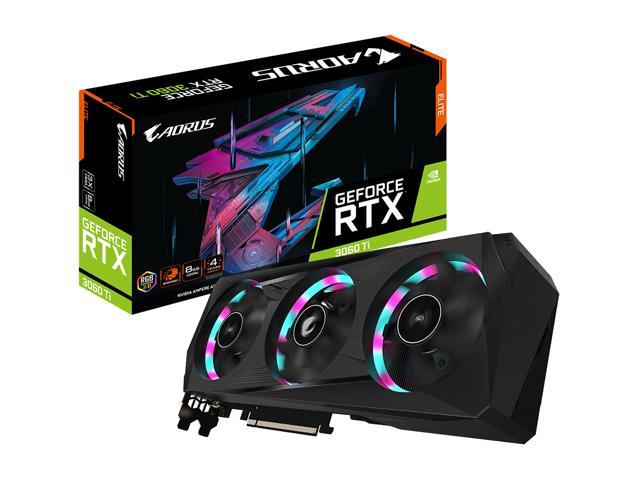 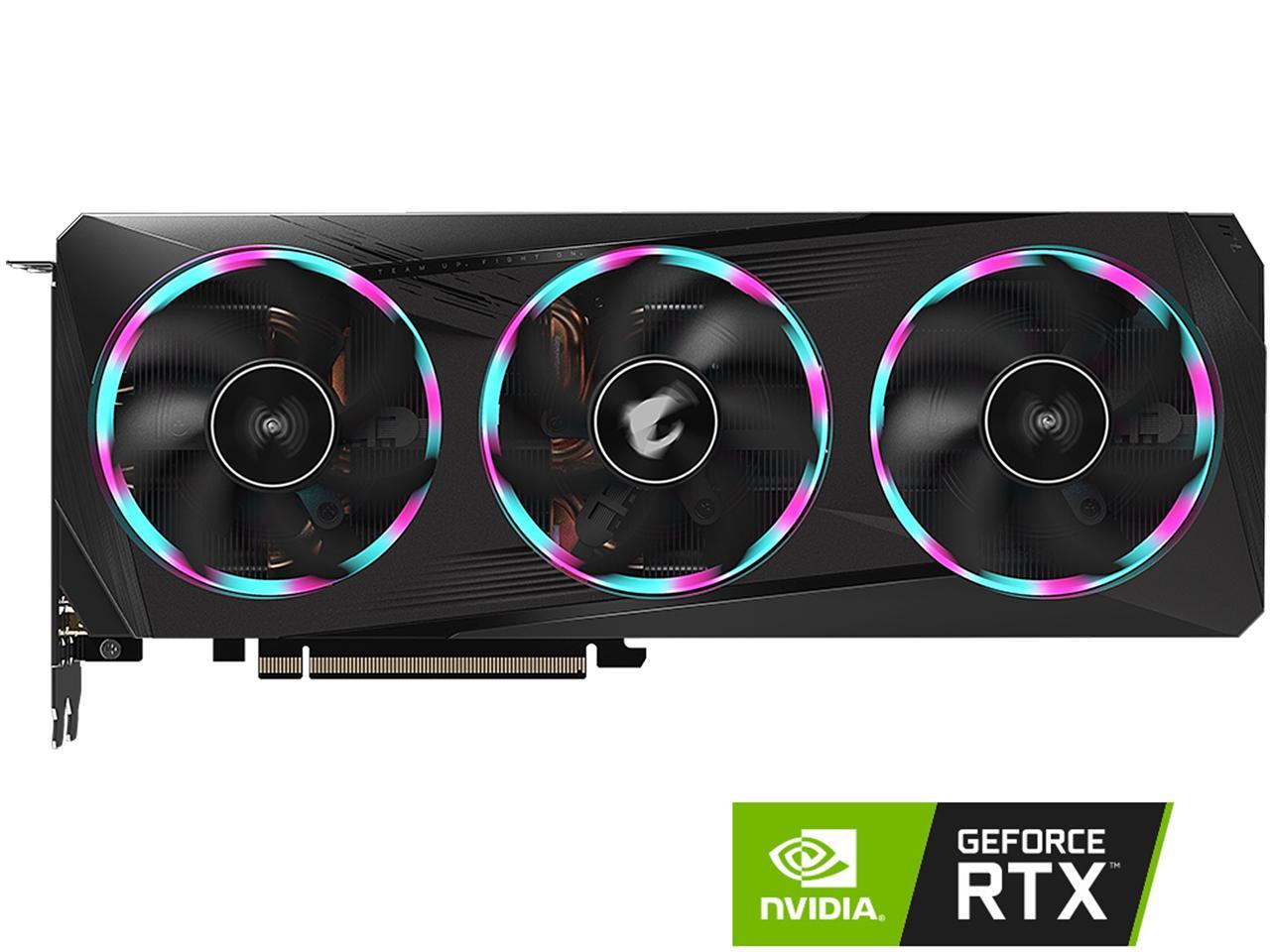 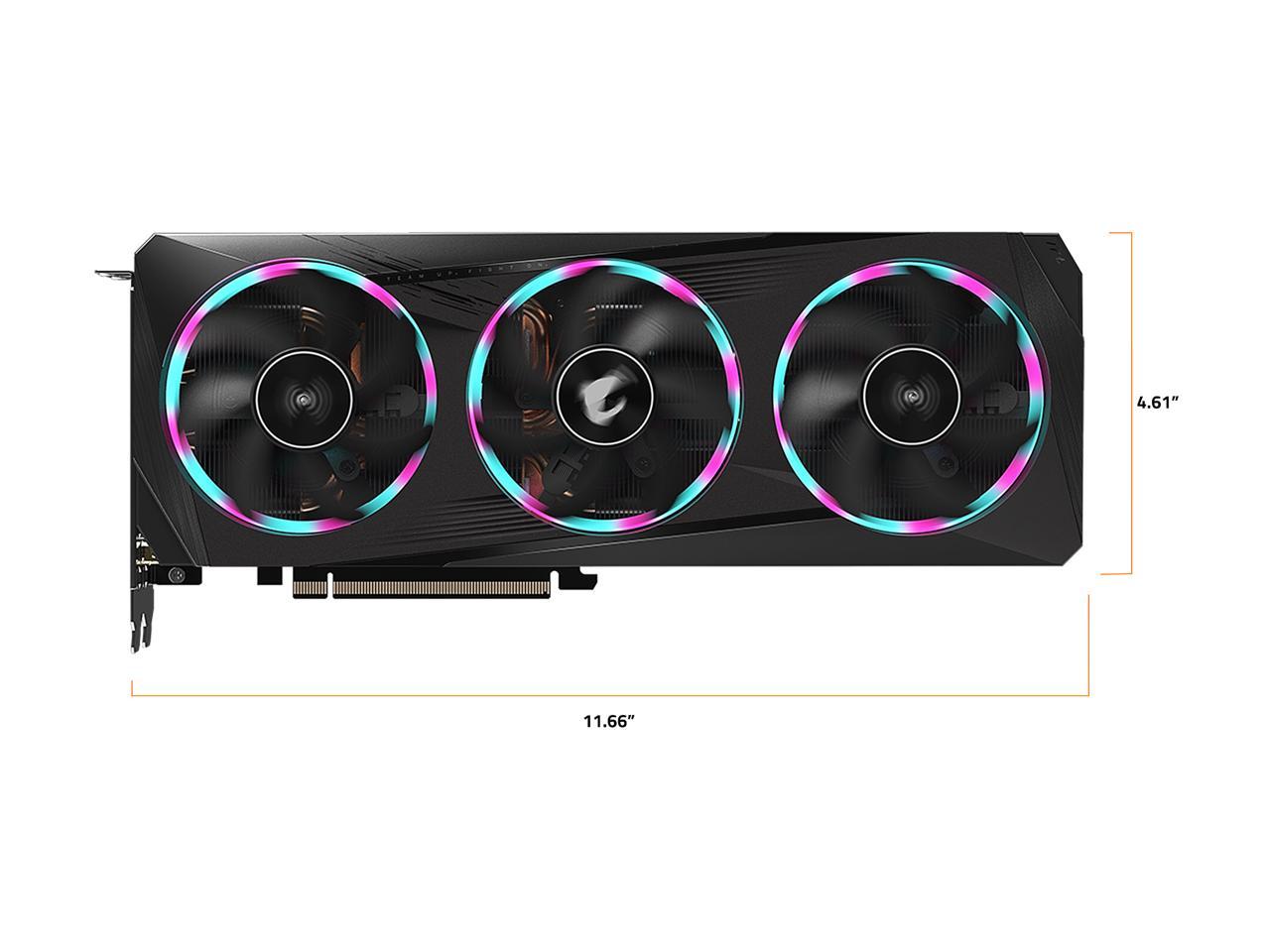 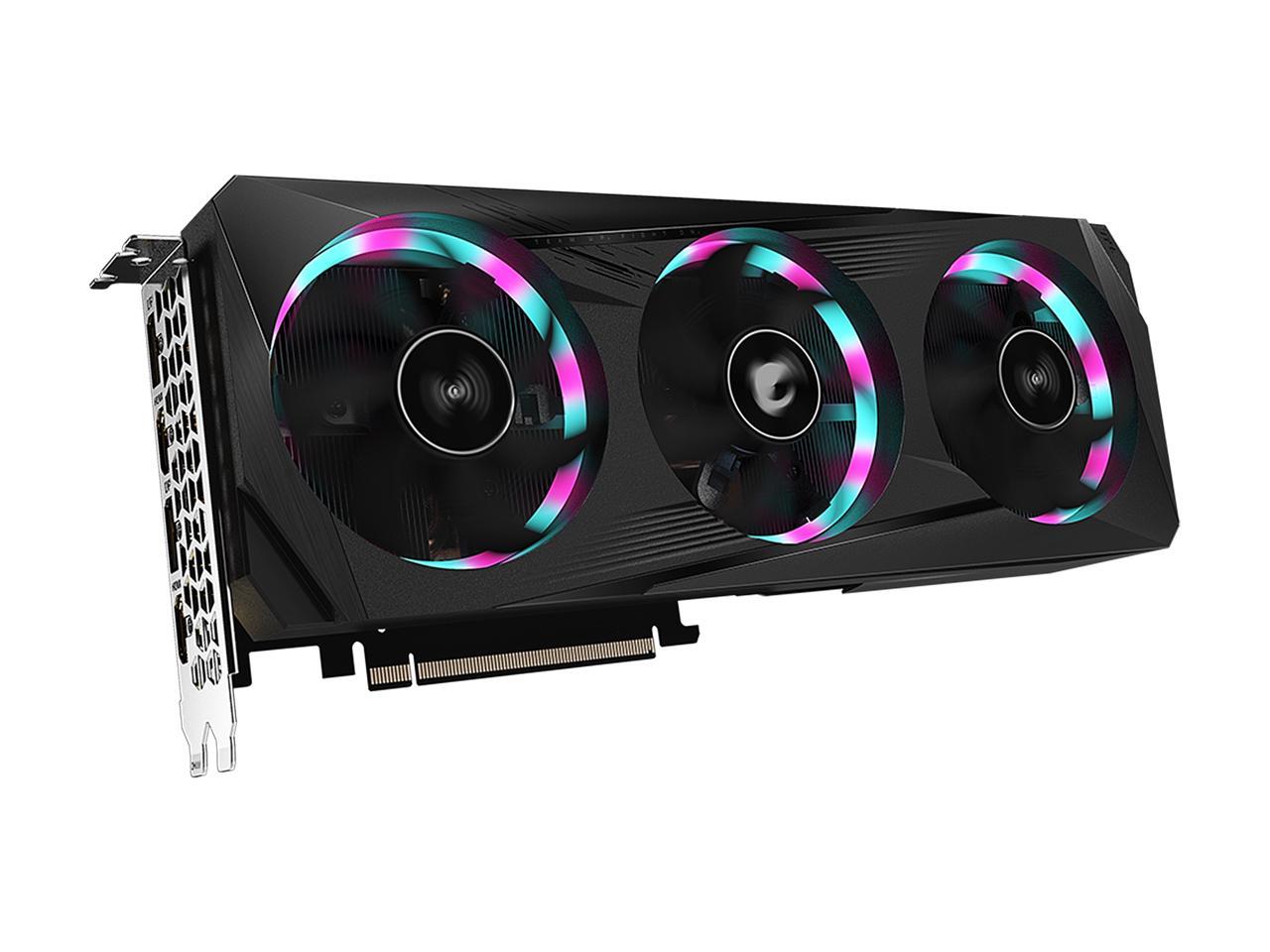 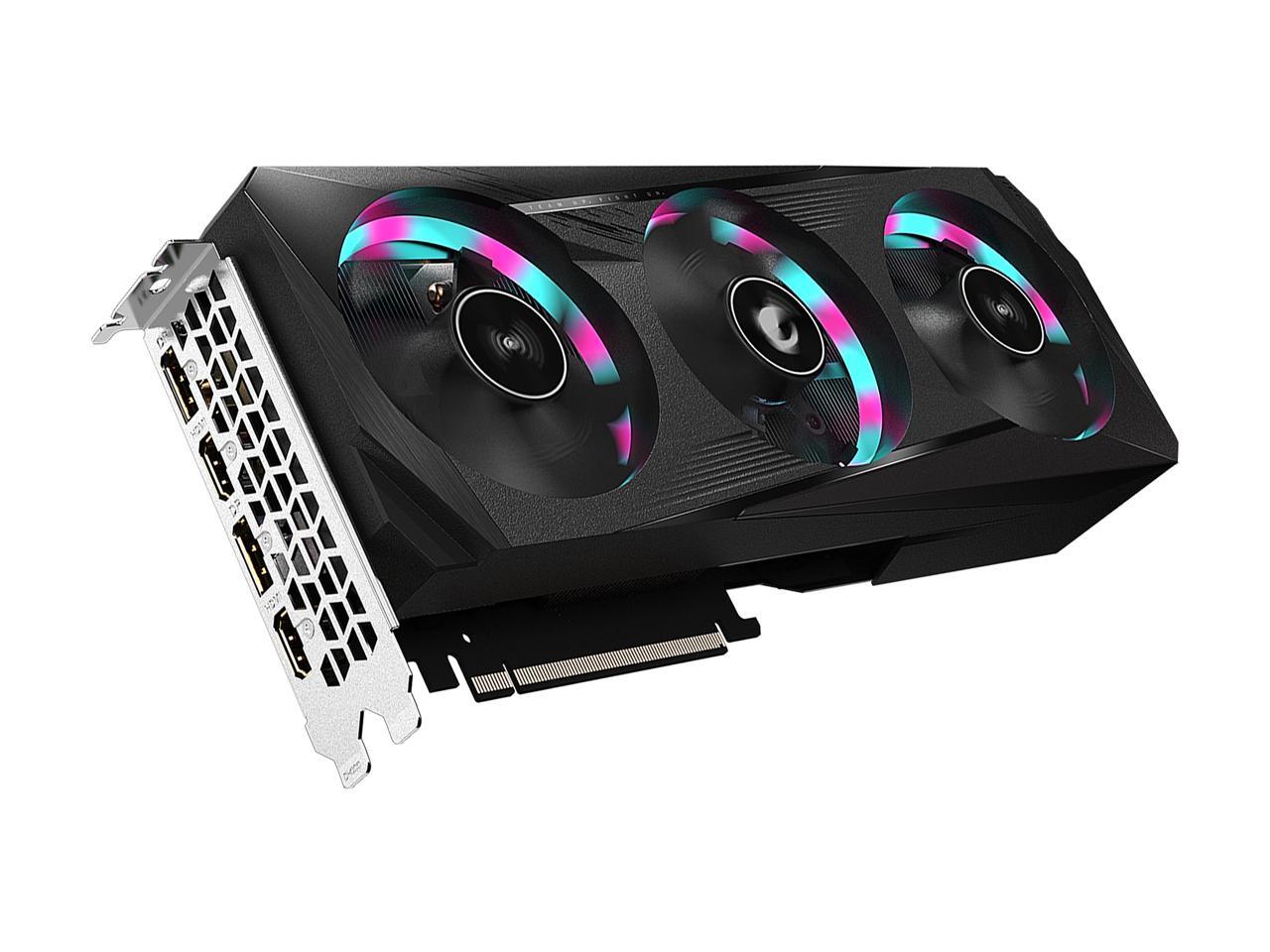 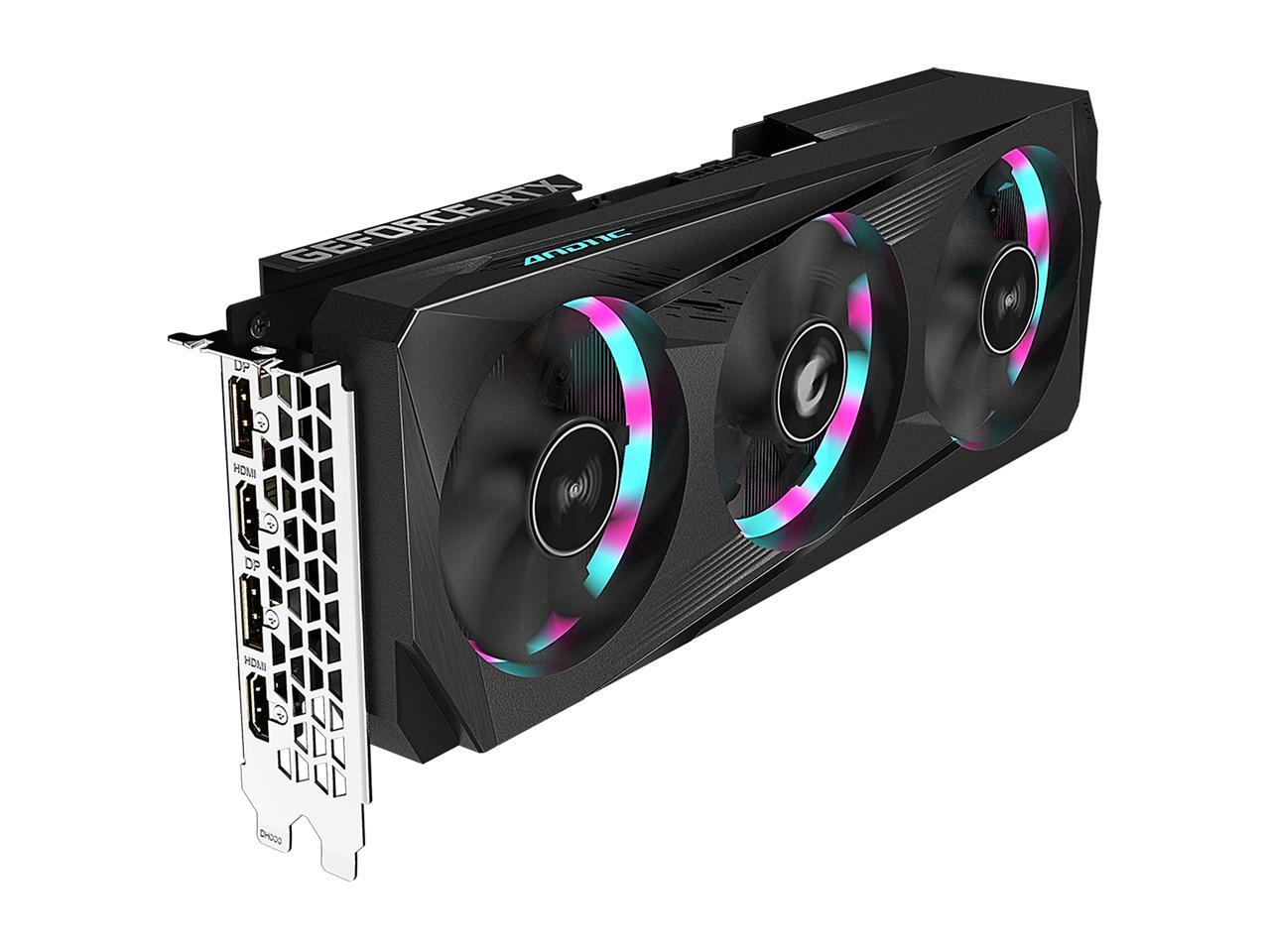 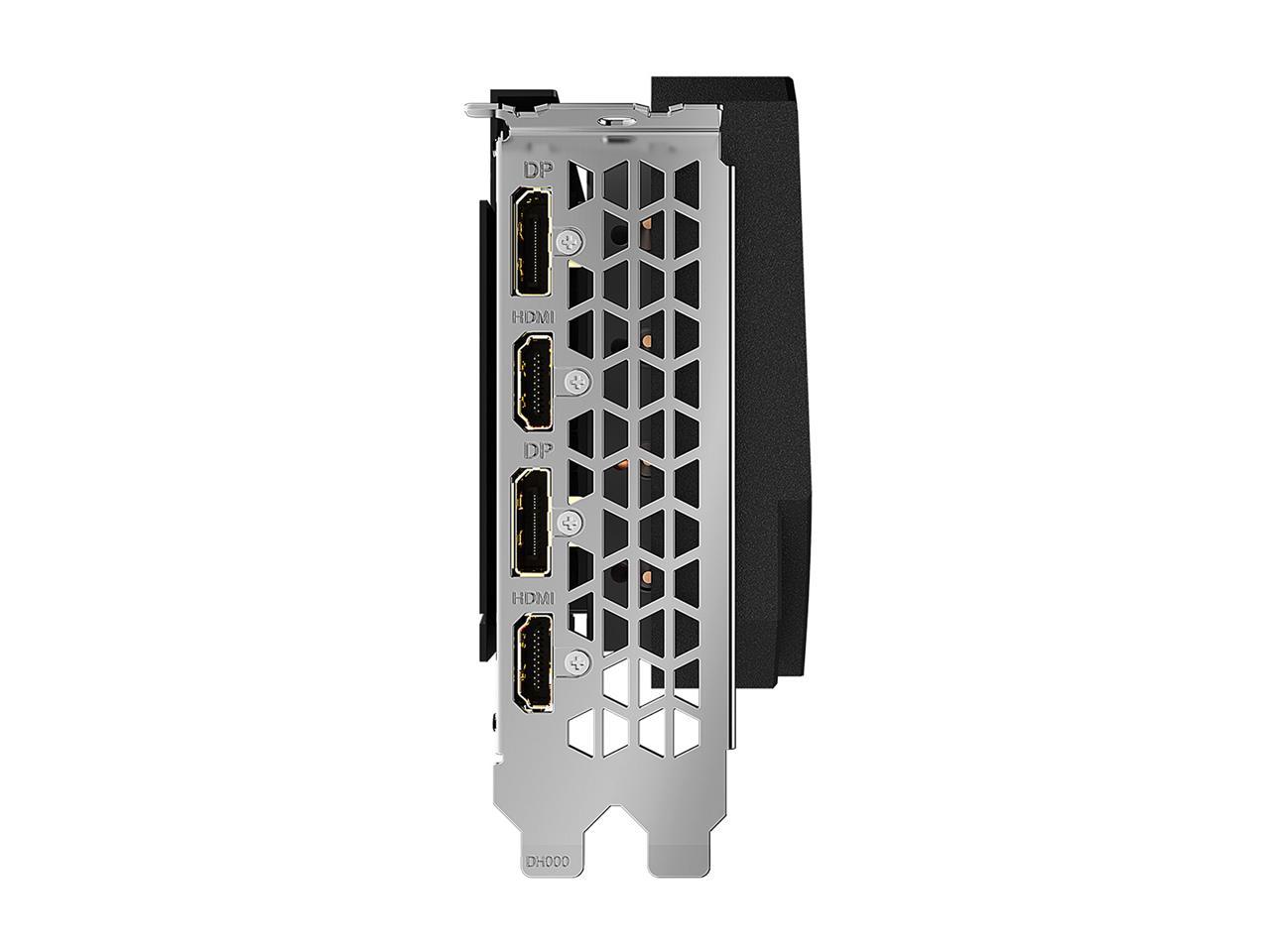 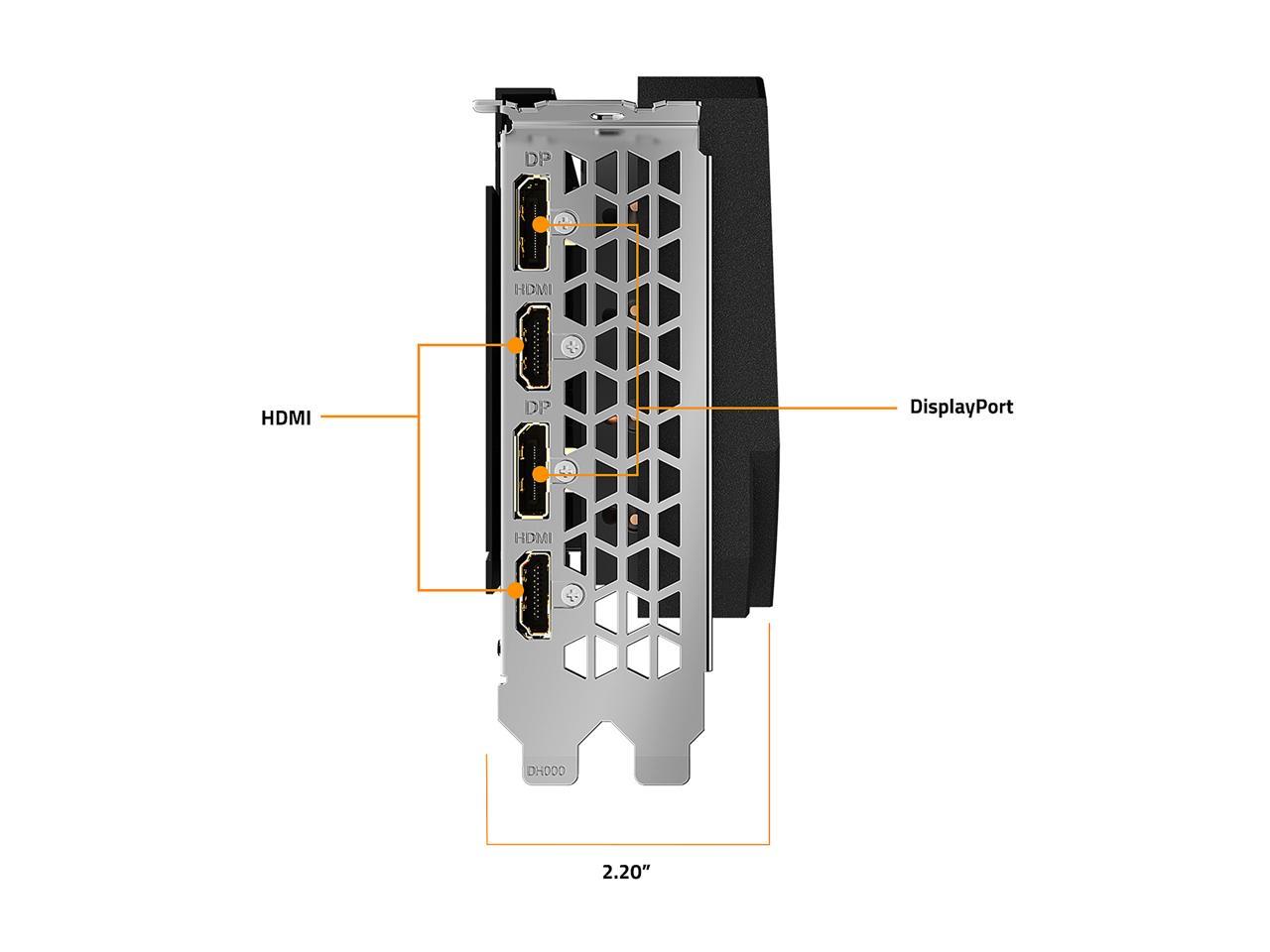 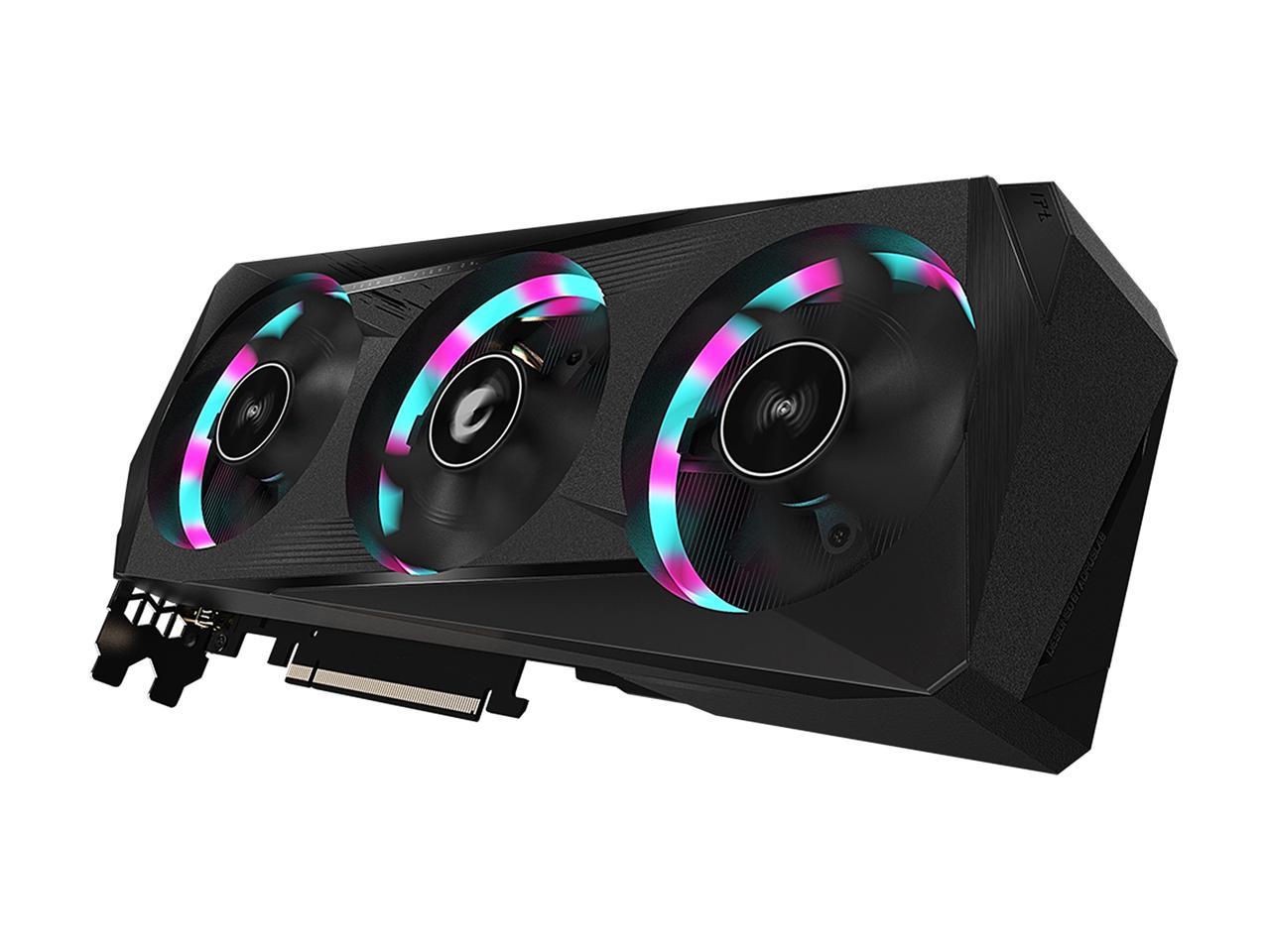 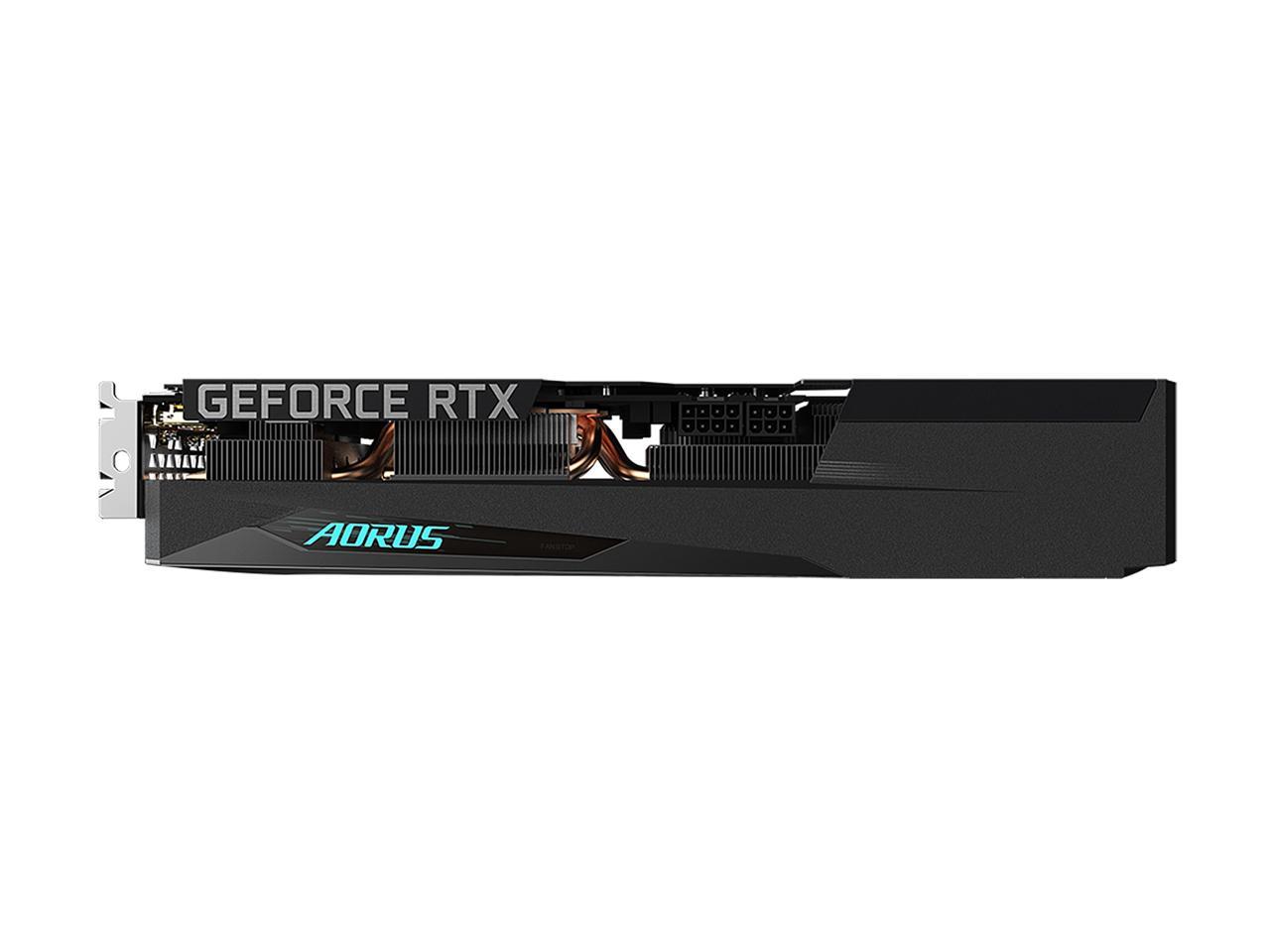 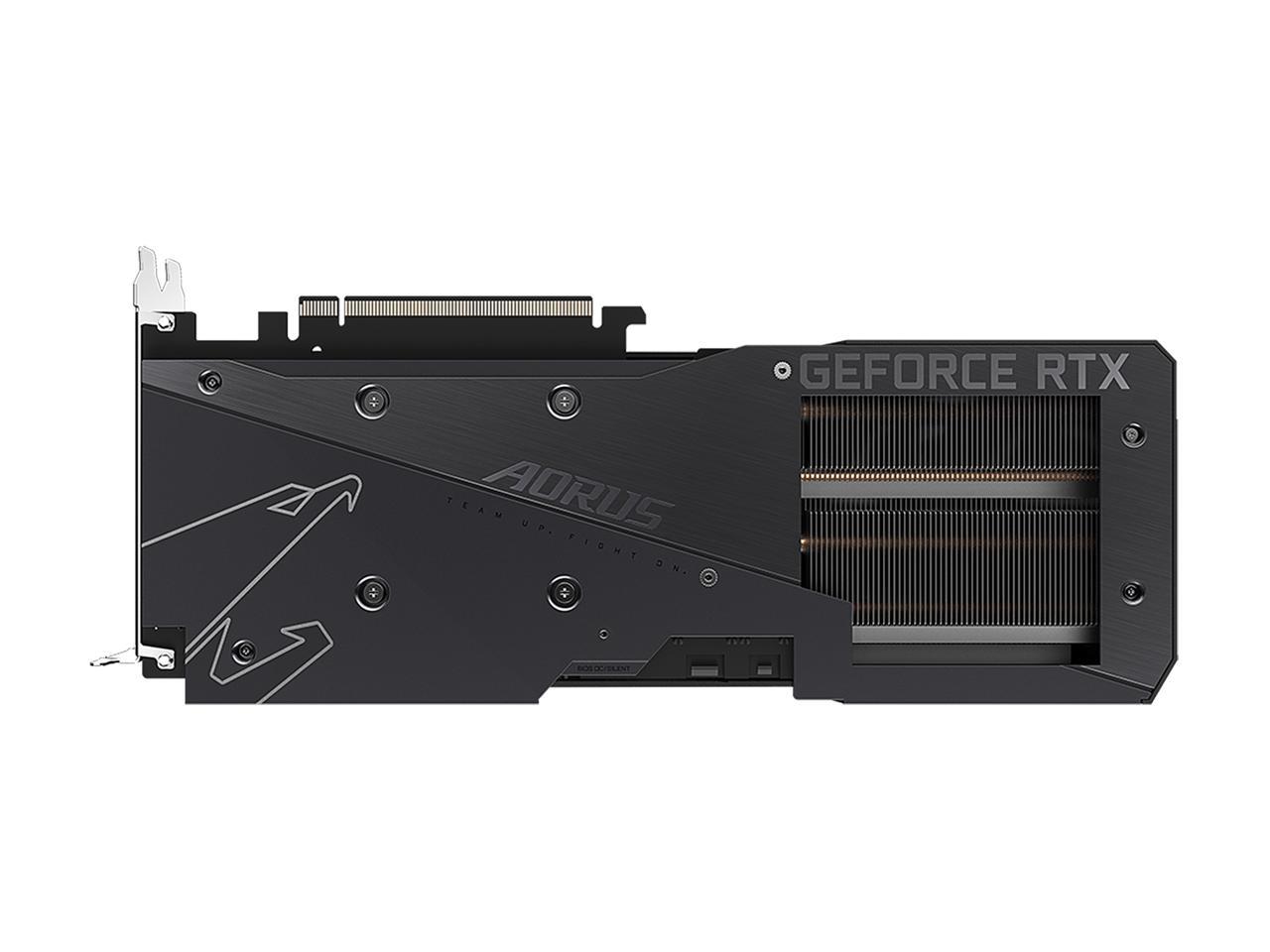 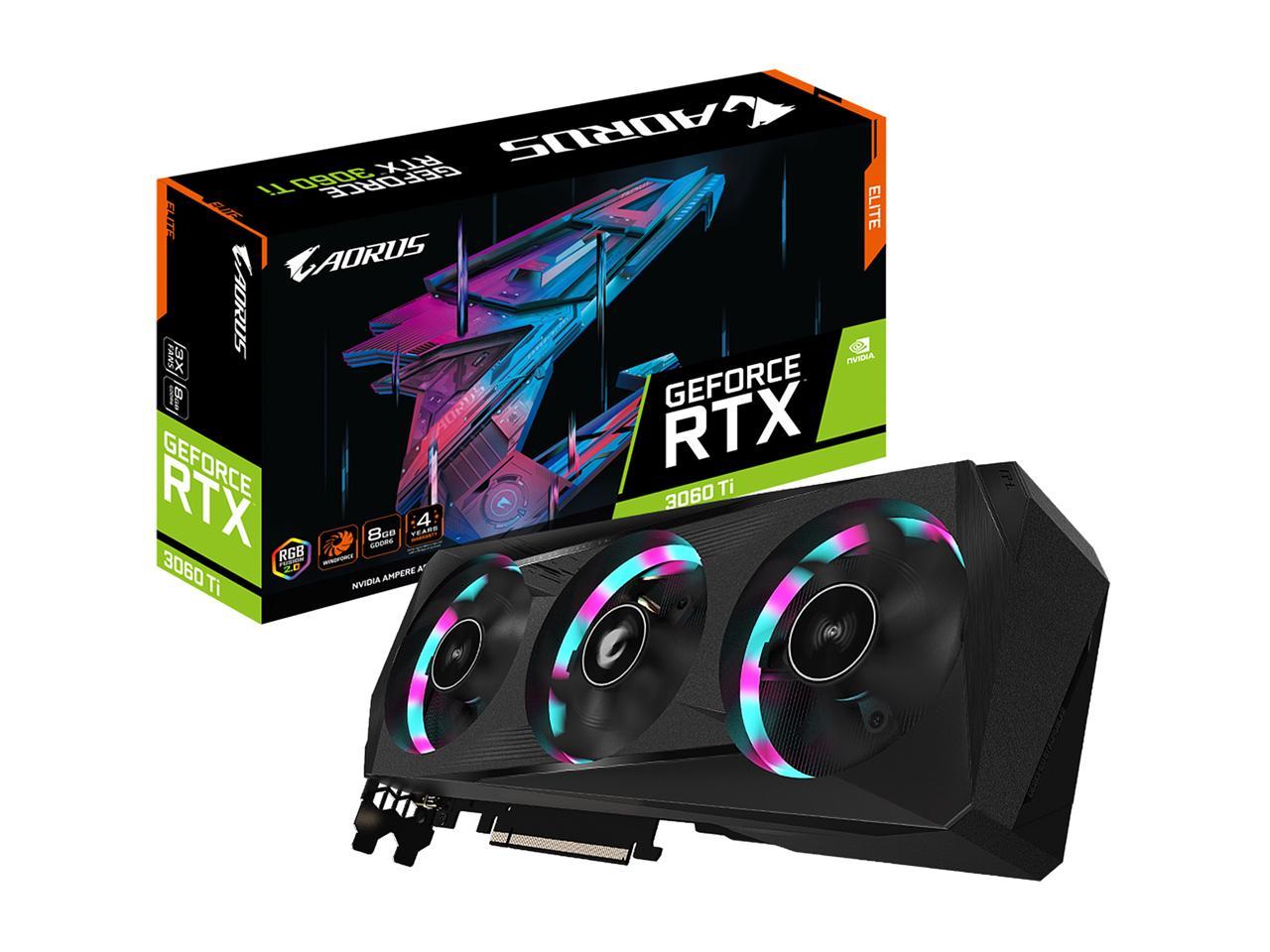 Reduce the turbulence of adjacent fans and increase air pressure.

The 3D Active Fan provides semi-passive cooling, and the fans will remain off when the GPU is in a low load or low power game. The LED fan indicator can provide an instant display of fan status.

GeForce RTX 3060 Ti with 8GB memory and 448 GB/s memory bandwidth has 4864 CUDA Cores, 2nd gen ray tracing cores and 3rd gen tensor cores operating in parallel. It is the most suitable solution for those who are gaming, rendering, and developing A.I. technology.

When experiencing any power supply abnormality, the indicator will alert gamers by flashing light.

Excellent circuit design with the top-grade materials, not only maximizes the excellence of the GPU, but also maintains stable and long-life operation.

EXTREME
OVERCLOCKING
The graphics card uses the better power phase design to allow the MOSFET to operate at lower temperature, and over-temperature protection design and load balancing for each MOSFET.

FRIENDLY
PCB DESIGN
Fully automated production process ensures top quality of the circuit boards and eliminates sharp protrusions of the solder connectors seen on the conventional PCB surface. This friendly design prevents your hands from getting cut or inadvertently damaging components when making your build.

INTUITIVE
AORUS ENGINE
Clock speeds, voltage, fan excellence, and power target can be monitored and tuned in real-time according to your own preference through this intuitive interface.

Pros: - First and foremost: cooling. Great. Fantastic. The actual width of the PCB only extends about two of the fans wide, leaving one of the fans doing only pass-through cooling. It doesn't feature the "MAX COVERAGE COOLING" that the Master line has, though it does use five direct-touch copper heat pipes for the GPU, and dedicated heat sinks for VRAM and power delivery. Temperatures look great, and the pass-through design of the cooler does not affect my CPU temps negatively. This is a very beefy cooler for a 3060 Ti, and should have no problems, assuming you have adequate case airflow. To sum up, this card will have no problem sustaining its max boost clock, or even higher, indefinitely. -Second: style and build quality. The body of the card is primarily durable plastic, with the backplate being very sturdy machined aluminum. This helps with structural support quite a bit, and there is no visible sag for me. The Aorus logo on the front is NOT a screen, rather a mirror, though the lettering does light up. The only other lights on the card are 3 rings around the fans. Fits great with my other Aorus components, and would work well with basically any amount of RGB. The card is quite a bit slimmer than other 30-series cards, and doesn't get much fatter than the size of the steel brackets. For an ATX or Micro-ATX size build, this is perfect. For Mini-ITX, it would probably work, but a Founders Edition or similar would probably work better in this use case. Keep in mind that ITX builds vary in size constraints much more than Micro ATX or standard ATX do. The card is 2.7 slots thick, which would leave ample breathing room even in a Micro build. -Third: power delivery and clocks. This card uses an additional 6-pin power connector to add to the 8-pin already present on the reference design. Why they couldn't do two 8-pin power connectors, I do not know, but I'm sure their reason was valid. On the bright side, Gigabyte did actually bother to put the PCIE Power connectors right next to each other on this model, which makes custom cables look much cleaner than on models such as the Eagle. Capacitors and MOSFETs are very high-quality on this card. Overclocking headroom is significant. I am not a serious overclocker so other sources can tell you more. In terms of clock speed, this card has a base clock 115mhz faster than reference, with a base of 1785mhz and boost of 1850mhz. This speed beats the MSI Gaming Trio model, matches the 3060 Ti Aorus Master and comes quite close to the Strix OC. As stated before, the overbuilt cooler will allow this card to run at this speed for as long as you want it to. It also has a dual BIOS switch, with OC mode reaching these clocks and Silent mode running closer to reference clocks. -Lastly: regurgitated 3060 Ti specs. The card uses the same GA104 die as the 3070 and 3070ti, and the same 8GB of GDDR6 as the 3070. I cannot remember CUDA core count right now, but Google has you covered there. This card is actually a cut-down 3070, not a beefy 3060, as the name would suggest. The 3060 has a different amount of VRAM (it really doesnt make a difference in the 3060), smaller bus, and an entirely different die (GA106). It is targeted at very fast 1080p and good 1440p gaming. I have seen virtually no lag in the competitive games i play (Splitgate mainly). Ray tracing performance is also quite decent.

Cons: -This isnt as much of a con as just a strange feature, but the card uses 2 DisplayPort 1.4b and 2 HDMI 2.1 instead of the standard 3 DP and 1 HDMI. If you were looking to run triple gaming displays off of this card, one will be using HDMI 2.1, which would not be ideal on extremely high refresh rate. This does mean that those looking to run dual HDMI setups (such as high resolution TVs) will have the opportunity. -Perhaps just a little pricey. This card is not one of the top models, it falls in the "high-end-of-upper-mid-range" category, similar to the Gaming X Trio and TUF OC. But with an MSRP of 539.99, there isnt much gained over a cheaper 3060 ti unless you are an overclocker. Though if you happen to find one for MSRP in todays market, you have no reason to be disappointed. -Software: Its bad. It should be better, but there isnt much I can do, and complaining wont help. Set your RGB and leave it. At least it doesnt eat huge amounts of CPU power *cough* iCue *cough*. -Out of stock everywhere - There isnt much to say on this one, it just isnt very easy to find. I got mine in the shuffle, which I am quite happy about. This isnt a complaint about this model, just the market in general, and I know there isnt much that AORUS can do about that. Its an LHR model, I am not interested in mining but miners will not like this. It doesnt matter to me in the slightest because gaming is unaffected, but miners beware.

Overall Review: I would definitely recommend this card for those looking to experience everything the 3060 Ti has to offer, meaning good 1440p and ridiculous 1080p performance. To quote Linus Sebastian, YouTube's most mediocre tech creator, "The value this represents for gamers is substantial." And with that nugget of wisdom my thorough review is complete. If you can buy this card, do it. Goodbye to all of you, and happy gaming.

Pros: - Great Cooling Idles at 32C and never reaches 80C under heavy load. - Quiet @ High RPM I've set the fans to blow at a constant 90% and they're whisper quiet. Anything above 90% I found distracting, but you won't notice it with headphones on. - Amazing 1080p Performance Massive upgrade from my 1060 3GB. Devours any game I throw at it. Maintains my monitor refresh rate (165) at high/ultra settings in most cases. Coupled with a 10700K and 32GB RAM, I was able to enjoy Star Citizen with an average of 80fps -- 60fps in cities/dense areas & 110fps in open areas/space. Note for those unfamiliar with Star Citizen: the game is in alpha stage and is actively being developed. It is nowhere near optimized, and even the best rigs do not get very high fps at every location in the game. - Pleasing Aesthetic Colors are primarily black and gunmetal. This will fit nicely in color neutral and blackout builds. RGB can be turned off to further complement it. - Unnoticeable GPU Sag Very little in terms of sag, considering its weight. What little there was could be rectified using several tiny pieces of carboard stacked together and wedged in between the GPU and where it makes contact with the case. I wouldn't recommend this method though, as the slight improvement isn't worth the potential fire hazard.

Cons: - G()d-awful Software & RGB Brightness At first glance, RGB Fusion 2.0 left a lot to be desired. It was somewhat buggy, the effect changes were delayed, and RGB was dimmer than I had hoped -- but got the job done. Past the first day, however, the software no longer worked and my preferred color was forced red with no way to change it. After hours of uninstalling, reinstalling, and more troubleshooting, I managed to fix this issue with help of numerous forums and articles. This was won in a Newegg Shuffle and was my first Gigabyte product. If I had been aware of these issues, I would not have purchased from this company.

Cons: RGB program is hard to use.

Pros: Runs better than I thought and the 3 fans help keep it nice and cool!

Cons: Card is rather large. Recommend to have a large case with air flow if you want this card not to be suffocated or run hotter than normal.

Overall Review: Definitely would recommend to others!

Pros: High fps at 1080p and Moderately high fps at 1440p for a relatively low price

Cons: Its about 2.5 slots thick, so if youre using a smaller motherboard, it MAY touch some cables if there are headers on the bottom of the bord

Overall Review: Its everything I hoped itd be. You can play almost every gave at 1080p with really high frame rates and most games at 100+ fps at 1440p. I would absolutely recommend this and I may buy another one in the future

Pros: RTX! and of course super sampling, this was a gigantic leap from my 1050 ti. It fit my case! (barely)

Cons: 3 cooling fans make this thing a big biiiiiiiig boy in my mid sized case I built in there might be a half of an inch between the end of the card and the front fans on the case so it was a bit snug

Overall Review: If you can find them for a reasonable price (obviously this is subjective) 100% recommend everything I have thrown at it has been beautiful so far.

Overall Review: Super satisfied took me almost 2 years to get a new card and finally got one so glad I bought it

Pros: Big upgrade from the rx480, and looks great.