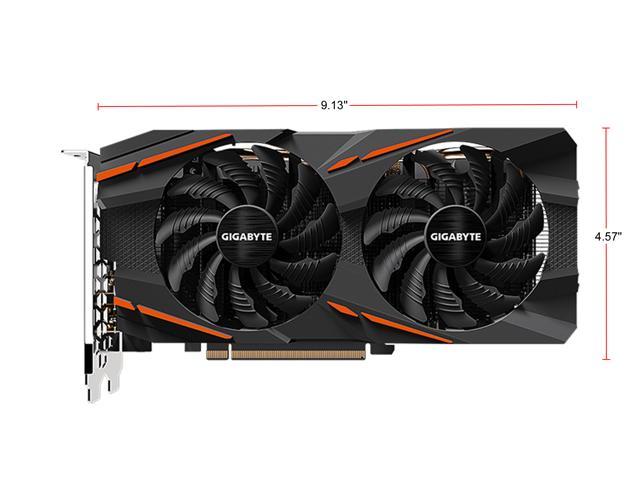 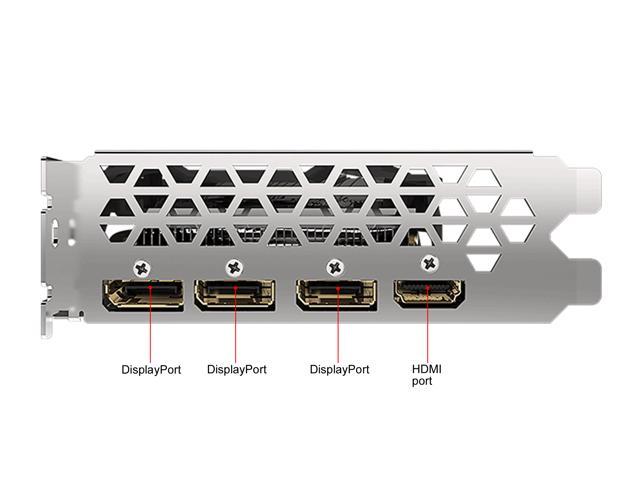 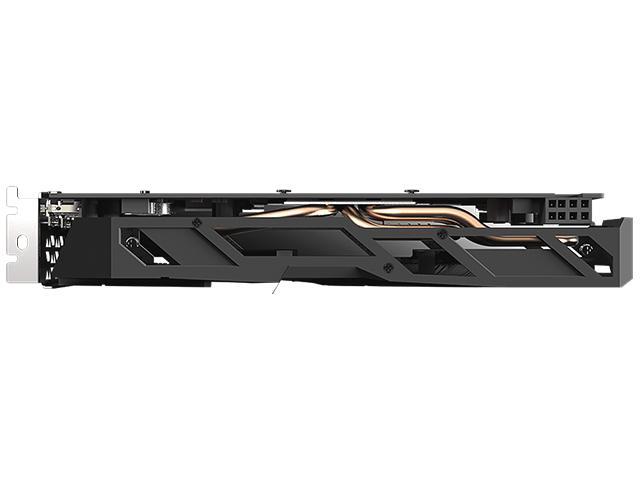 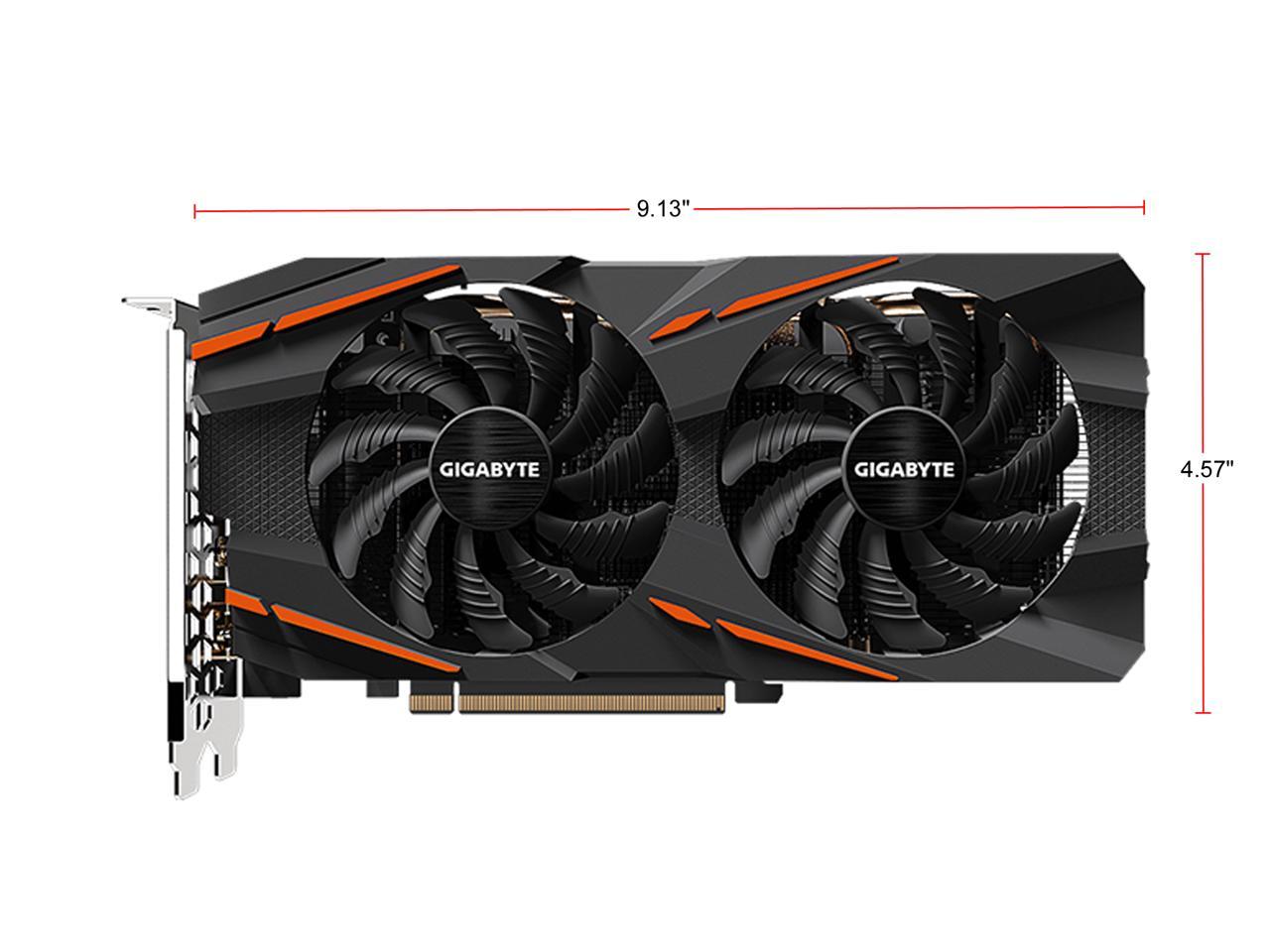 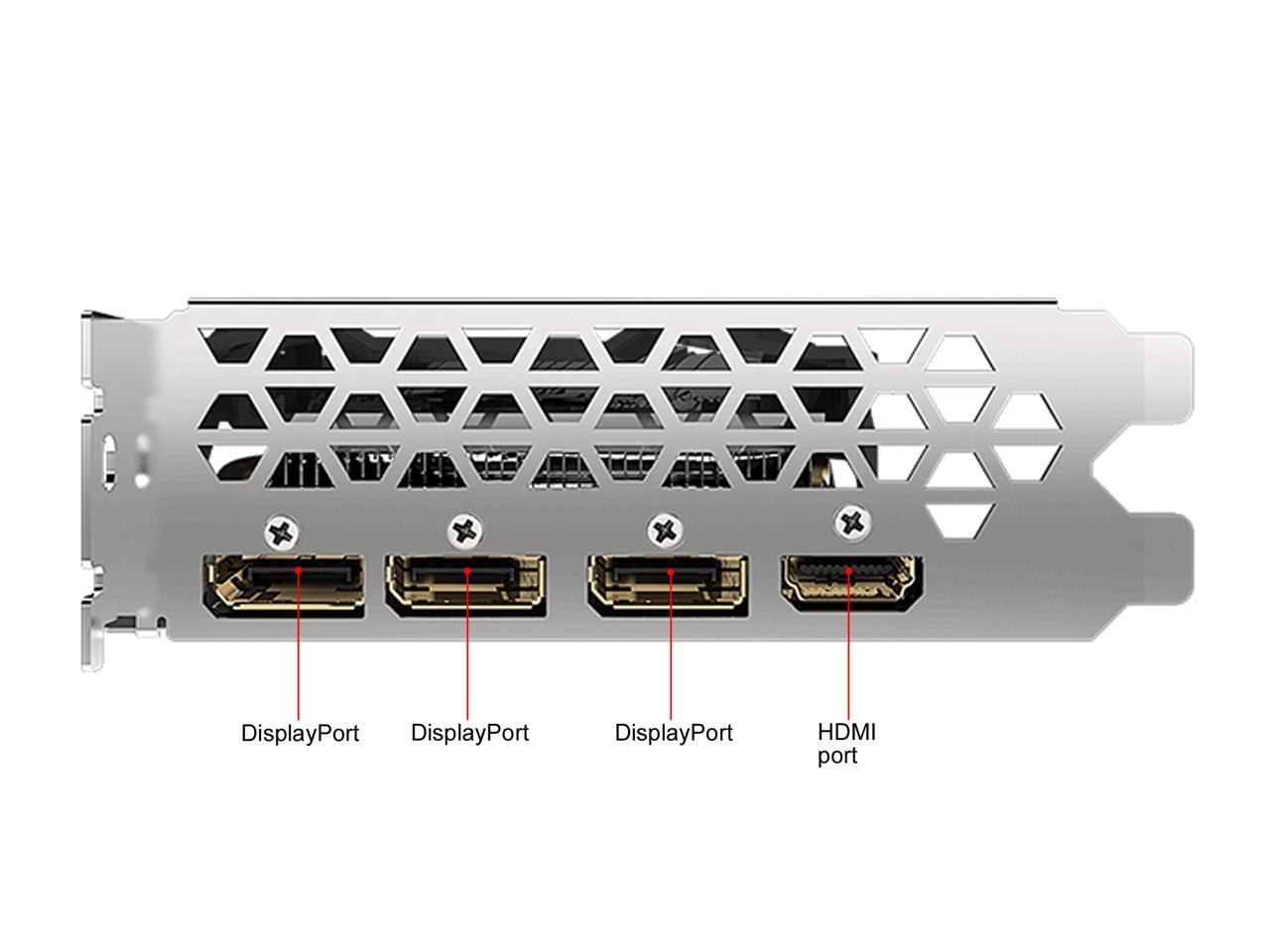 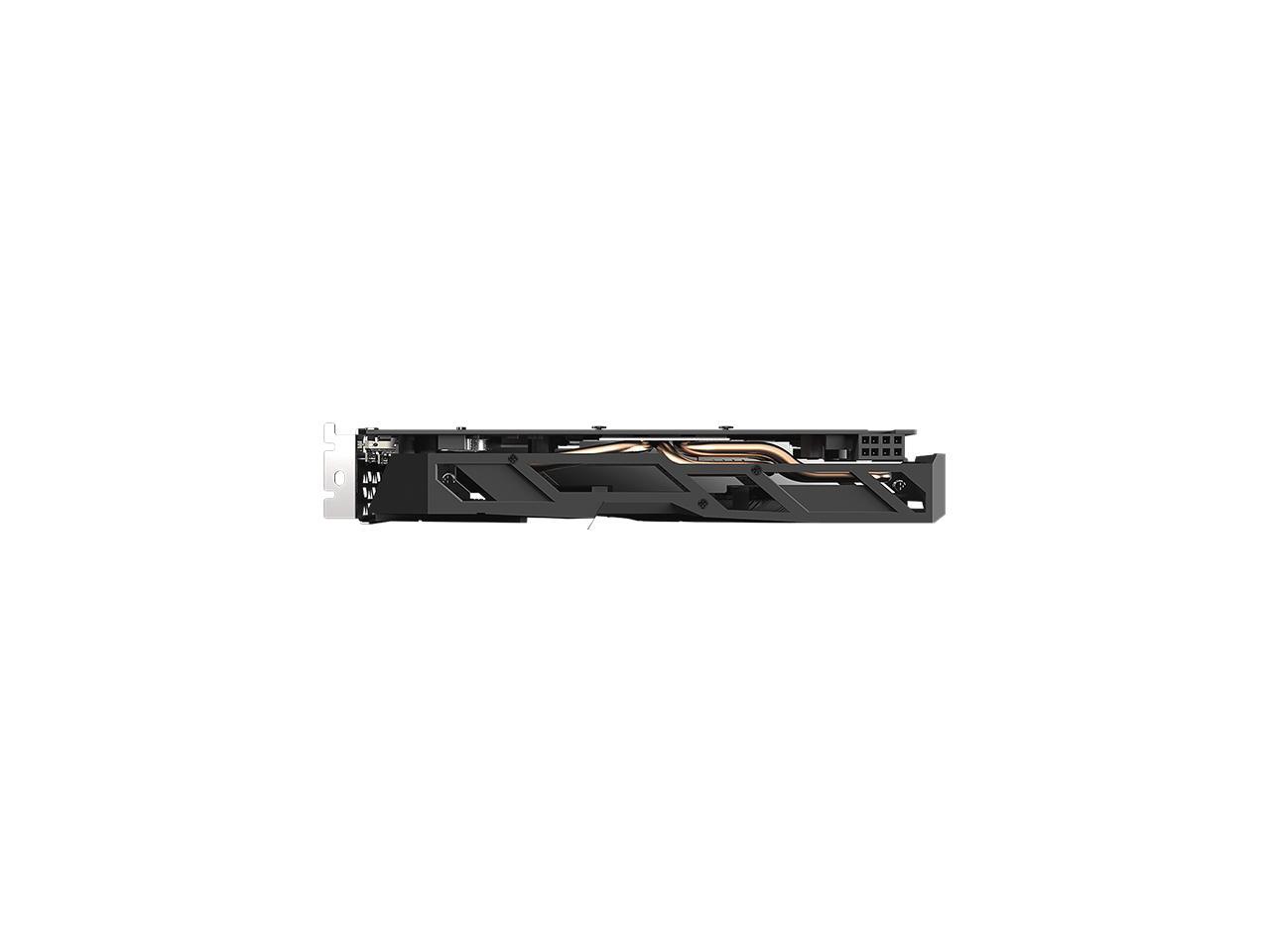 Gigabyte Radeon RX 580 GAMING 8G is a spec monster cooled by WINDFORCE 2X to drive all innovative AMD RX graphics effects to an appealing level. It empowers gamers who play anything from the latest MOBAs to the most popular AAA titles in Full HD and beyond, and also delivers the power to drive you into the next level of immersion of the world of VR gaming and entertainment. The airflow is spilt by the triangle fan edge, and guided smoothly through the 3D stripe curve on the fan surface, effectively enhancing the air flow.

The semi-passive fans will remain off when the GPU is under a set loading or temperature for low power gaming. 6+2 power phases on the card make the MOSFET working at a lower temperature and provide more stable voltage output. With a simple click on AORUS engine utility, gamers can easily tune the card to meet their various gaming requirements without any overclocking knowledge, while saving the hassle of manual adjustment.

No stuttering. No tearing. Just gaming. Radeon FreeSync technology puts an end to choppy gameplay and broken frames with fluid, artifact-free performance at virtually any framerate.

A seamless way to replay gameplay.

Bringing cool and quiet frames on countless number of games.

Pros: This is an outstanding card for budget builds

Overall Review: I get about 120 FPS on fortnite and around 60 on some other “demanding” games

Overall Review: fits perfectly in my mini tower case massive improvement over my old video card runs all of my games at or 70 C at peak the fans are quiet and keep it running smooth

Pros: - Manages 60fps in 1080p at even max details in all my tested games (Mass Effect Trilogy, Tales of Vesperia, etc.) - Heavily improves performance for various tasks of video editors (like effects rendering) - Super quiet even during gaming - Good temperatures because of the dual fans

Cons: Personal gripe: Because the outer plastic shell does not cover all of the heat pipes, from a distance the card will look like it's sagging even if it's not. And it can look a bit out of place in builds where someone is going for a specific color theme (not me, obviously but still counts as a Con). However, none of this affects performance; it's a personal opinion so don't take it too seriously, please.

Overall Review: This is my first officially graphics card, no joke. For years cards have been too expensive and PCs have come and go. So I didn't know how this would affect my overall experience on my PC until heavy effects in Vegas Pro, like a package called Magic Bullet Looks, would suddenly render 3x faster than with my integrated graphics. My main reason for buying a graphics card was so I could play Mass Effect Trilogy and a couple of my other PC games properly at 60fps in 1080p (my desired spec), and so far it's been accomplishing my goal properly even at full details. Then again, I chose this card not because it's the newest, hippest card on the block but because it hit all the settings I needed for the PC I own. I highly recommend this card to anyone who would like the option of gaming even on low details but doesn't wanna buy a super expensive card to be like the cool kids on the block.

Pros: For the price, I think this card works very well.

Cons: Still get odd glitches when running higher graphics games. Computer start up has strange artifacts, but it doesn't seem to effect the performance of the games.

Pros: Crazy good quality for the price! Big upgrade from my old graphics card! Recommend for anyone doing a budget 1080p build.

Pros: Uses less power than my old R9 380 and runs cooler. 8 GB of Vram. Got it on Black November deal. Thanks Newegg!

Cons: No back plate like my old card. They do alot for the looks inside the case. It can't go to work for me.

Overall Review: Very pleased. I had an issue with drivers on install but it was on me. Went with the amd optional drivers instead of the recommended ones during install. Ran into some issues with the metrics overlay crashing my games. Recommended driver install fixed that problem. Also, had to switch to hdmi output verses the dvi on my old card. This caused windows to set my monitor which is a HDtv to 30hz which had me getting 30 fps during game play. Had to go into the advanced display settings and manually set the refresh rate to 60hz to fix. Only had for a day or so, but so far I am very pleased. Gigabyte makes great cards. This is my third one.

Pros: Quiet fans, even under heavy load. Good photo processing performance if you go into the settings and boost them.

Cons: The software is geared toward gamers and games, but that's in the name.

Overall Review: I purchased this as a recommended GPU for Topaz AI products, rather than for game performance. For the price it's an excellent deal. I have to say, both the Radeon software and the Aorus engine are a bit lame and hard to adjust. The help for the Radeon software is all online (no local help files). The Aorus engine exits completely when I expect it to minimize back to the system tray, and has almost no documentation or help available.

Pros: for the price can't beat the performance.

Overall Review: If your looking to do a bucget build this is the best bang for your buck.