By Adam LovinusNovember 5, 2020No Comments

NOTE: The initial stock of Ryzen 5000 CPUs sold out quickly on launch day. Stay tuned to Newegg on Twitter for the latest information about product supply.

At the Ryzen 5000 series product announcement in October, AMD presented us with several internal benchmarks across popular gaming titles and productivity applications, showing off impressive gains over its previous generation chips and comparable Intel desktop processors. Since then, industry benchmarks have begun to confirm notable performance increases in their latest product offerings.

Among the most notable improvements offered by the chips’ new Zen 3 architecture is boost in instructions per clock (IPC) that is 19 percent better than previous generations. IPC metrics speak to the efficiency of a CPU, specifically how much meaningful work it is able to do each time it clocks. To that affect, we saw the Ryzen 5 5600X set the PassMark record for single-threaded performance last week, unseating Intel Core i9-10900K for the top spot. 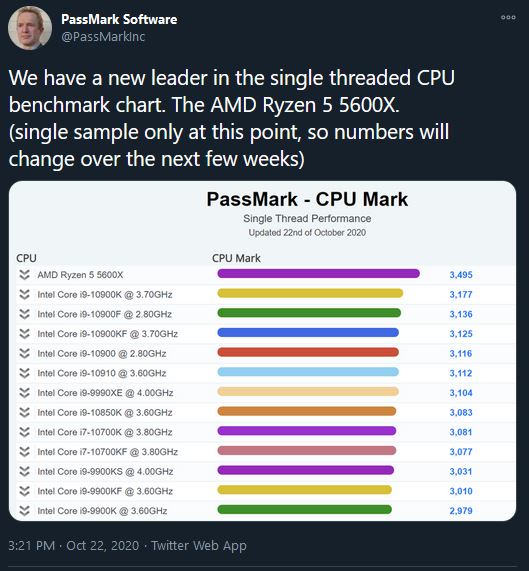 Single-threaded performance is important for game play, and we wanted to give it a spin and see what kind of impact it has on our frame rates. We tested the Ryzen 9 5900X against the Intel Core i9 10900X (both at base clock) playing Wolfenstein: Youngblood.

We built comparable AMD and Intel systems for the test. In each we used an NVIDIA RTX 3080 graphics card, and 16 GB of system RAM. We collected the benchmarks using the game’s built-in benchmarking, and disabled Adaptive Sync to uncap the 60 FPS limitation on performance, and played two levels at increasingly demanding game settings. 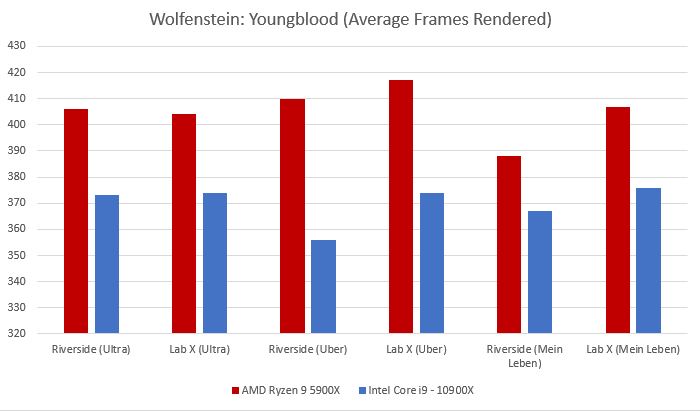 We also ran Blender benchmarks using the same systems. Blender tests the rendering power of the CPU and GPU. The first test measures how the CPU renders on its own; the second test we measured how each CPU did when paired with a Nvidia RTX 3080 graphics card. Since this measurement represents rendering time, lower is better. 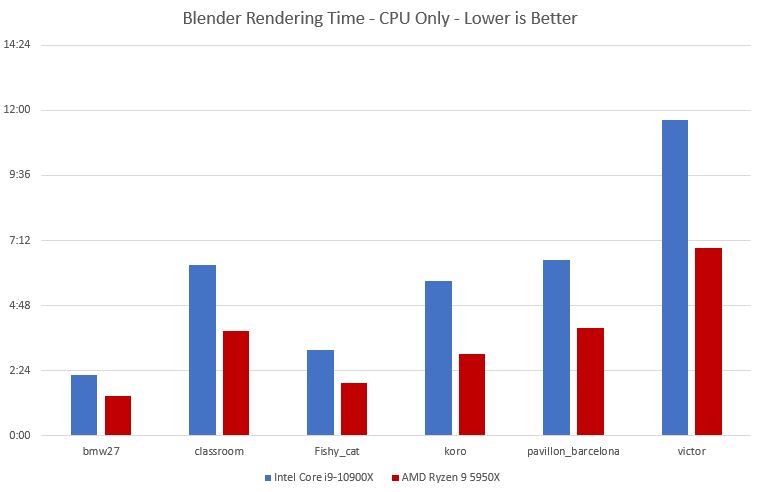 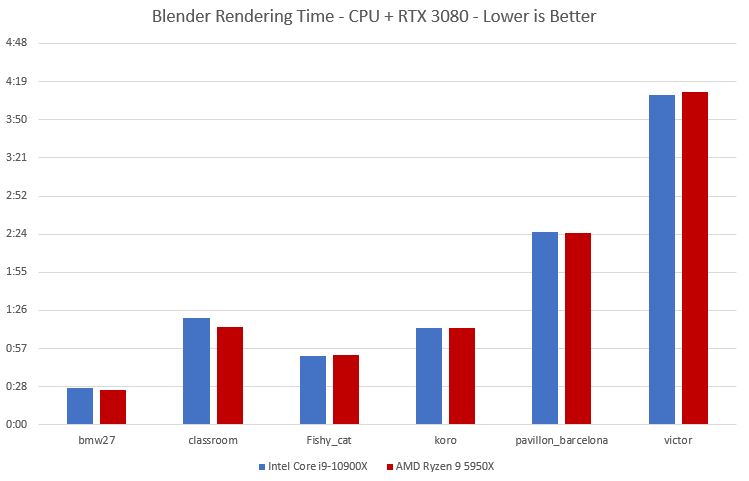 And how about boost performance? As Tech Radar has reported, users have already pushed a Ryzen 9 5950X to extremes, and got the clock speed up to 5.89 Ghz. They consumed a scorching 1.656 Volts in the process. Don’t try that at home, kids.

For more, check out AMD Ryzen 5000 desktop CPUs on Newegg.