Mitigating system latency is a top priority for any serious gamer. That’s why NVidia Reflex is one of the best new overall systems to make sure you’re gaming at peak level.

A lower system latency helps you acquire targets faster, improve aiming precision, and mitigate any advantage those pesky peekers have.

This article was produced in cooperation with Nvidia

What is System Latency?

For those who are unaware, system latency is the time it takes for your keyboard or mouse click to reflect on onto your display. The signal has to pass through the input device to the CPU, through a rendering queue to the GPU and finally onto your screen where you see it.

Still, all that is usually done in milliseconds, almost completely undetectable. It’s when it is detectable that it becomes a problem.

The new NVIDIA Reflex reduces system latency to boost your PC’s responsiveness. In layman’s terms this means that when taking aim, you’ll have way more of that all-important precision to hit your mark. 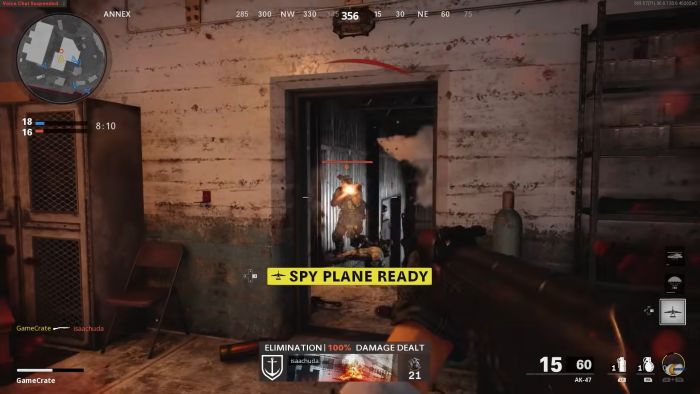 While playing Call of Duty Cold War, we saw numerous gameplay benefits. We aren’t the best snipers in the world, but the increased smoothness improved our precision so drastically that it was much easier to get a K.O. even in difficult scenarios.

Some of the toughest opponents we faced online were taken down purely because of the added benefits granted by our high refresh rate. Really, the game couldn’t have been running smoother.

Any gamer out there running a 900 series or later GeForce graphics card can enjoy all of the benefits of NVIDIA’s Reflex Low Latency, even if you aren’t working off of a G-SYNC Display.

But seeing as how we were fortunate enough to be working with an ASUS ROG Swift eSports G-SYNC Gaming Monitor, we were experiencing refresh rates of up to 360 Hz!

That said, we know that high end monitors are not in everyone’s budget, so really any display in the ASUS TUF line would be a great alternative for a high-end gaming experience that doesn’t break the bank.

When we here at Newegg were testing this ourselves, we were looking at the lowest system latency we’d ever seen with a gaming monitor. Input lag wasn’t even a factor as we were sniping.

Precision aiming is critical in these games, and so getting any advantage, no matter how small it may seem, was enough to level up our performance.

How to take advantage

If you’re playing a game like Call of Duty Warzone, and you want to optimize your performance be sure to install the latest graphics driver from GeForce Experience. Then go into your settings, open up options, then graphics.

While testing this, we found that when we had boost disabled, we were still able to get some primo sniping in, but there were a handful of moments where just a frame or two made all the difference and ultimately lead to our demise.

How much latency can you expect?

At 60 frames per second on a 60Hz monitor you can expect 50-70 ms of system latency. With some of the more advanced monitors on the market running NVidia Reflex you can see that rate drop to 49, 29, or even 21.

When we had ours running in the studio, we even saw the occasional dip into the single digits.

To measure your render latency, Install the GeForce Experience beta, go into your settings, and enable your “Experimental Features.” Then, when you’re gaming, press Alt+R to bring up your performance overlay. Remember the lower the latency, the better.

Overall, for anyone aiming to attain gains on their gaming aiming game, NVIDIA Reflex is a great way to obtain a competitive edge. Using this in tandem with the new ASUS ROG Swift monitor is a great way optimize your gaming experience even further.

Check the links  for all the information you’ll need on NVidia products, and ASUS gaming monitors, or find anything else you might need at Newegg!