By Mark CoppockAugust 31, 2021No Comments 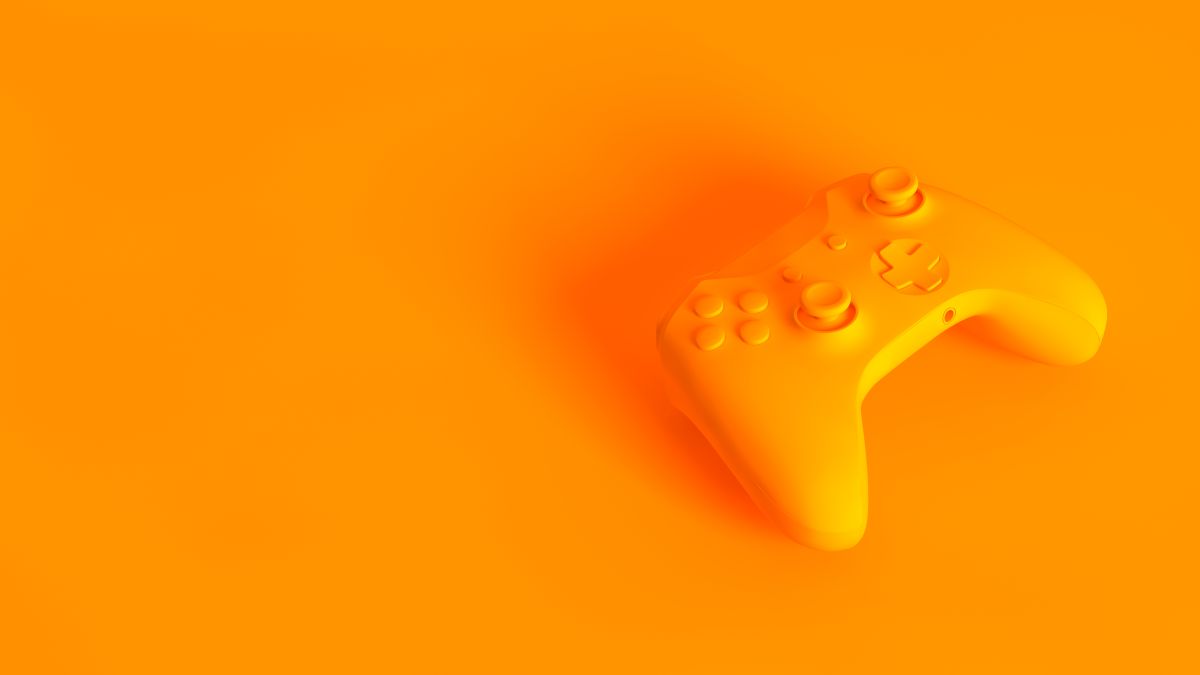 This guide will help you choose the best hard drive for Xbox, PlayStation, and Nintendo’s latest consoles by giving a range from good to better to best. Chances are, your shiny new console doesn’t come with enough internal storage to keep up with your gaming appetite.

Modern console games are huge, and the built-in storage capacity of today’s consoles are insufficient to let you load more than a handful at a time. That’s where external storage options come into play. You can add additional storage to each console in different ways, some easy and some a little more complex. 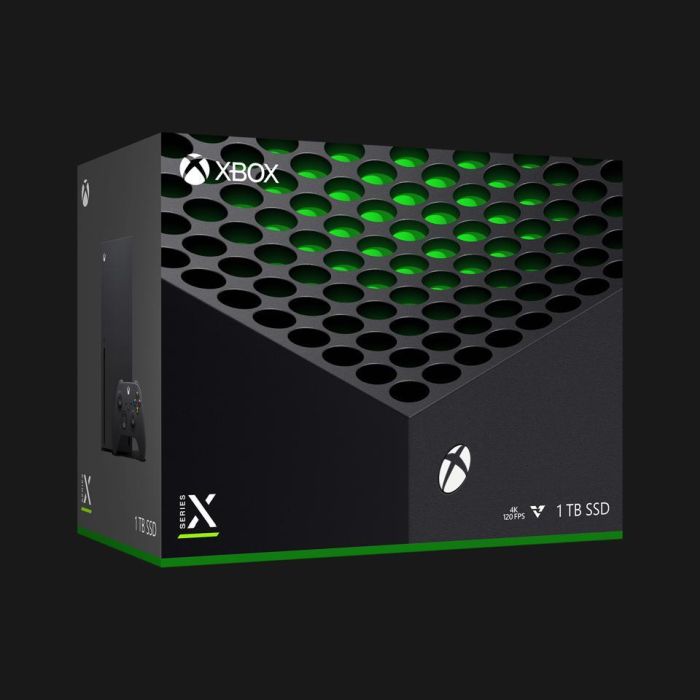 The Xbox Series X comes standard with a 1TB custom NVME solid-state drive (SSD). Of that, 802GB is available for storing games. Given the size of many Xbox Series X games, which can run up to a whopping 190GB (as with Call of Duty: Black Ops Cold War), that’s not a lot of storage for users who play a lot of games and want them to benefit from the fastest load times.

And it’s not just about storage space. Xbox Series X Optimized games can only play from the internal SSD (or the official expansion card, which we’ll cover below), which uses Microsoft’s Xbox Velocity Architecture to dramatically speed up game loading. That applies to Xbox One upgraded games as well.

Xbox One (not upgraded), Xbox 360, and original Xbox games can run from external storage without penalty – they don’t benefit from the optimizations either way. 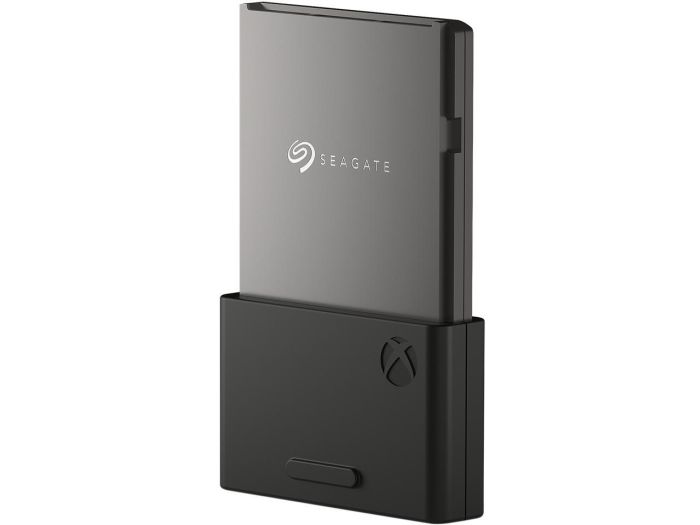 Open up your gaming by locking down extra storage with Seagate

That makes the choice of best added storage for the Xbox Series X an easy one. You’ll want to purchase the official Seagate Expansion Card that plugs into the Xbox Series X, which adds 1TB of storage and supports both Xbox Series X Optimized games and upgraded Xbox One titles. Loading games to the expansion card is identical to loading them to internal storage, with the same fast performance and with all enhancements enabled, including the Quick Resume feature.

That’s a relatively pricy option at $220. However, it fully supports the Xbox Series X and doubles the storage.  You can switch from games loaded on the internal drive to the expansion card in seconds, making the card the obvious best choice for expanding your Xbox Series X storage space. It’s the only plug-and-play-and-forget storage option for Microsoft’s best console.

You can also add external drives to the Xbox Series X, with the limitations outlined above. You’ll want to make sure your chosen drive supports USB-A ports, because that’s what’s available on the console. Note as well that when you plug in your external drive, the Xbox Series X will automatically kick off the setup process that includes formatting the drive. Make sure it doesn’t have any data that you don’t want to lose.

You’ll want to opt for an SSD if your budget allows it. And SSD, compared to a spinning disk hard disk drive (HDD) will provide a much faster experience either swapping games to the internal storage or running them from the SSD itself. You won’t get the same speed as the internal storage or expansion card, but you’ll still see a dramatic improvement over an old-school HDD.

One popular drive is the Samsung T5 SSD, which comes in 250GB, 500GB, 1TB, and 2TB sizes. Our recommendation is the skip the smaller sizes and go straight to the $135 T5 1TB or $249 T5 2TB options. Either will provide plenty of fast storage to speed up those transfers to the internal storage and for running those games that can play from external drives. 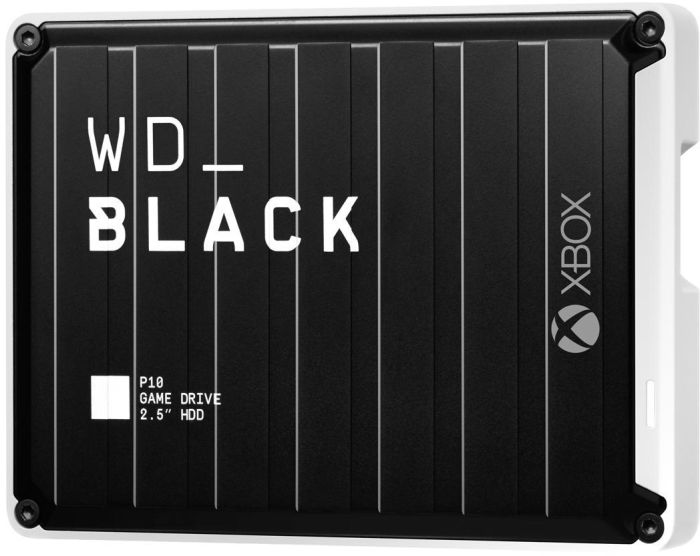 Sometimes you need to cut costs, and in that case an HDD is the best option. It’s going to be significantly slower than an SSD, but it will save you some cash. You’ll want a rugged design given that HDDs have spinning parts inside that can be affected by drops and bumps.

The Western Digital Black P10 Game Drive is a great option that’s portable yet rugged. It’s available in 1TB to 5TB sizes. Given the lower prices for the Black P10, we recommend starting at the 2TB version for $80 and going up from there. You can get a 5TB Black P10 for $180, offering as much storage as you’re likely to need for some time. 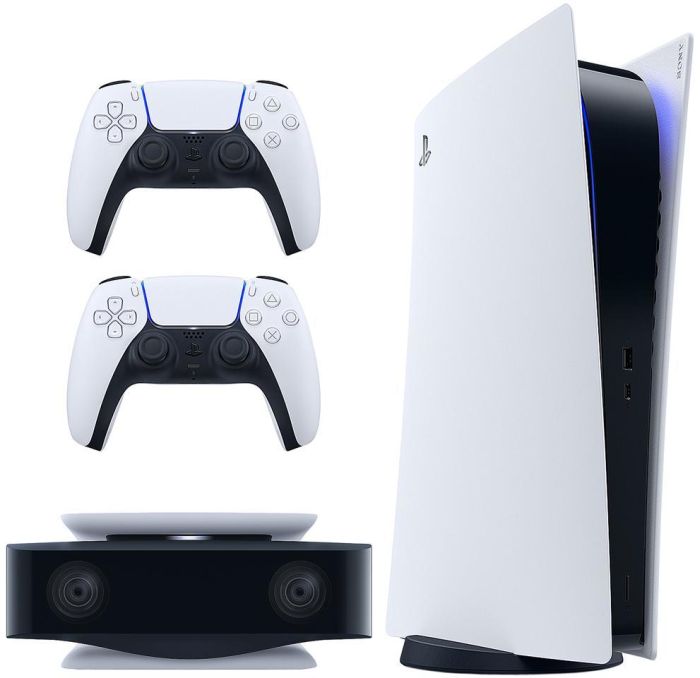 Like the Xbox Series X, the PS5 requires its best games, namely PS5 games, to run from the local storage, which is a custom 825GB SSD. Also as with the Xbox Series X, PS5 games can be huge, including the same largest title Call of Duty: Black Ops Cold War that takes up 225GB on the PS5.

Whatever external drive you buy, you’ll be loading PS5 games from it to local storage in order to run them. PS4 games, on the other hand, can play from external drives. So, other than offering a custom expansion card as with the Xbox Series X, the PS5 has many of the same kinds of limitations.

Sony lists some specific requires for extended storage. Drives must be USB-A SuperSpeed USB 5Gbps or later, and there’s a 250GB minimum and 8TB maximum capacity. You can’t connect a drive via a USB hub, and while you can connect more than one drive, you can only use one at a time.

With all of that said, here are our recommendations.

It’s gonna be a good day,
With Dunder-Mifflin and Sabrent

The PS5 has a feature that allows adding an M.2 SSD to expand storage that’s currently in beta. This will be the best option once it’s officially supported, and so we decided to list it here. If you can wait until Sony releases the official firmware update, then you’ll get the best performance and support for both PS5 and PS4 games.

You can find more information on how to add such a drive, but note that you’re on your own should trouble arise and the feature can change in the official release. There are some very specific requirements for which drive will work with the feature, including its being a PCIe Gen4 x4 M.2 NVME SSD between 250GB and 4TB in size. Read the requirements carefully before buy a drive to take advantage of the feature, but the $180 Sabrent 1TB Rocket 4 PLUS seems to fit the bill. 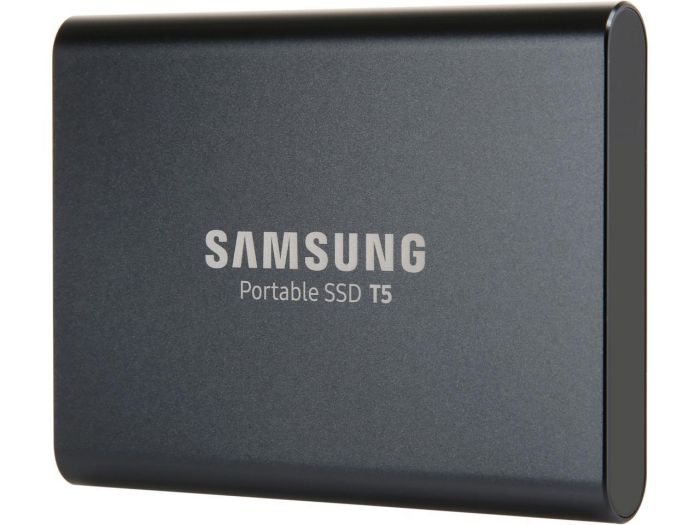 It’s praises have been Samsung many times

There’s no reason not to recommend the Samsung T5 for the PS5. It will provide the same speed advantages in loading PS5 games to the internal storage and running PS4 games as it provides for the Xbox Series X. We’ll also recommend the same $135 T5 1TB or $249 T5 2TB options, which provide more than double the storage to go with excellent performance.

We’ll also go with the same “good” option as for the Xbox Series X, the WD Black P10 Game Drive. We recommend the same $100 2TB version as the base purchase, with the $180 5TB version providing plenty of room to grow.

Should have called it the Lite Switch

The Nintendo Switch differs quite a bit from the Xbox Series X and PS5. In terms of storage, the differences are pronounced. Rather than storing games locally, the Swith uses game cards that are installed and load a game into system memory – which comes in at a lowly 32GB.

Of course, Switch games are smaller than those for the other two consoles, with the largest Switch game coming in at 32.9GB (meaning you’ll have to install expanded storage to run it).

There’s only one way to upgrade the storage on the Switch: add a microSD card, either microSD, microSDHC, or microSDXC. The Switch can support up to 2TB of microSD card storage, which is likely tremendous overkill for the vast majority of Switch gamers. Note that games are stored on the microSD card but game progress is stored in the Switch’s memory.

Selecting the right storage update for the Switch is therefore a simple process of finding a fast microSD card in the right size for your needs. We provide some options here.

Best (and Better and Good) 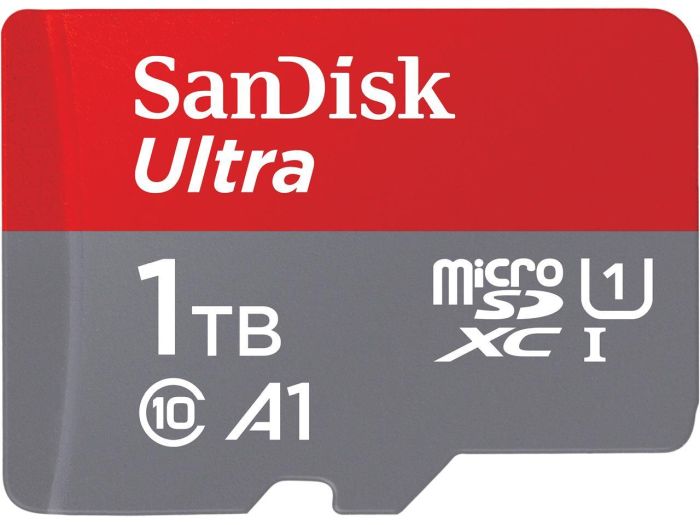 The fastest and largest-capacity microSD cards you can buy are microSDXC. They’re available at sizes from 32GB up to 2TB, which the Switch can support, but again it’s hard to fathom a Switch user who would make use of that much storage.

Most likely, a card in the 256GB to 512GB range would suffice. MicroSDXC cards are also the fastest cards available, meaning you might see improved game loading times.

It’s typically safe to go with Samsung storage, and so we’ll stick with that for these recommendations as well. The Samsung EVO 256GB microSDXC card runs just $30 as this article is being written, making upgrading a Switch a much less pricy option.

If you need even more storage and want fast speeds, then the SanDisk 512GB Ultra is another great choice at $70. Finally, if you’re a real Switch power user, then the $155 SanDisk 1TB Ultra is a high-end choice that will keep you playing for days on end.

Frankly, there’s no reason to choose anything but a microSDXC card given that microSD maxes out at 2GB and MicroSDHC at 32GB. You can save a little bit of money going with a microSDHC card, but at $30 for 256GB of microSDXC storage with the Samsung EVO, there’s very little reason to do so.

Therefore, we’ll skip the breakdown and recommend that you buy one of the cards listed above. You can’t go wrong with either, and you’ll be able to store quite a few games on either one.

No matter which console you buy, the Xbox Series X, the PS5, or the Switch, you’ll want to expand your storage at some point. It’s a much more complicated process with the first two, but great options exist that will let you store more games and save time with downloads and installs.