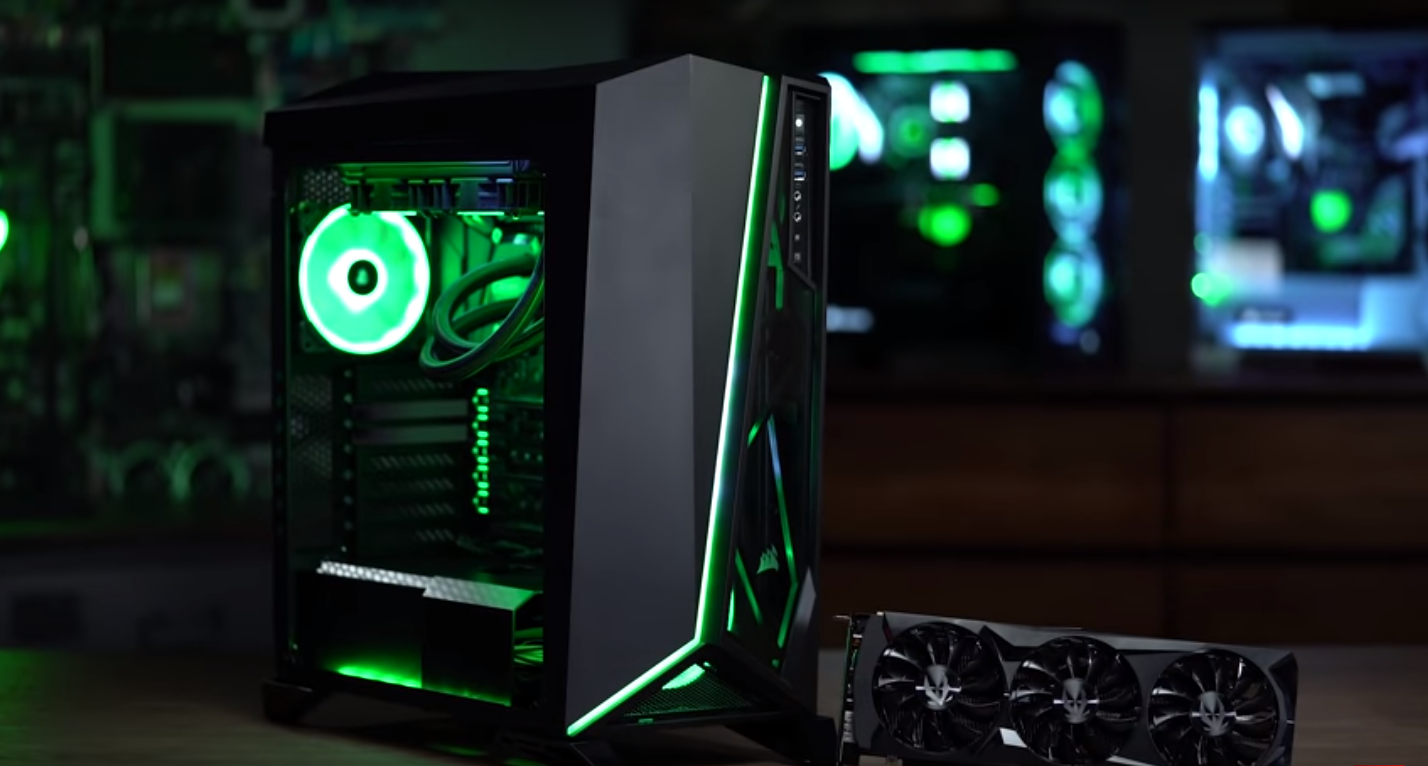 To go along with our ongoing GeForce RTX 2080 and 2080Ti coverage, we’ve assembled a celebratory build in the Newegg exclusive edition Carbide Spec Omega RGB chassis from Corsair, which you can see in the video above.

Of course, a gaming PC is way more than just it’s chassis. We raided one of our supply closets for parts, and alongside the ZOTAC AMP Edition GeForce RTX 2080 GPU, here are some of the highlights from this build:

After seeing this list, you might be wondering why this build contains some older-generation parts. Well, that’s because in the coming days you’ll get to see some top-of the line super PCs with top of the line, current gen parts, and we didn’t want anyone with a slightly older build feeling left out. Through the magic of the PCIe bus, there’s really no reason a brand new GeForce RTX 20-series GPU wouldn’t work in a slightly older system. Also, MSI’s Z270 GAMING M7 board renders greens beautifully, which perfectly suited the color scheme of this build.