Tech basics: How to watch 4K video on a Windows 10 PC 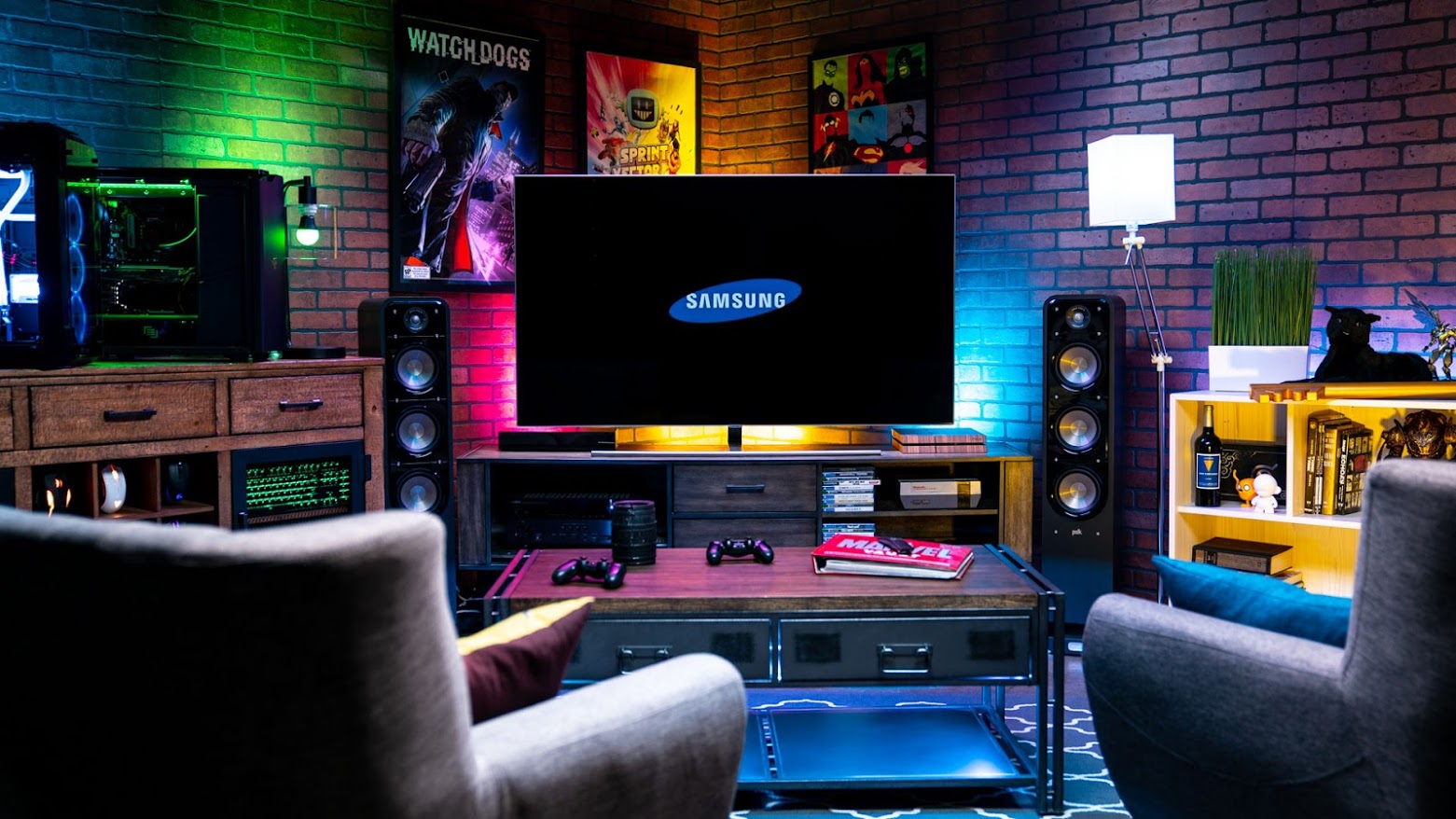 You’ve just purchased a lovely new monitor with a 4K UHD (3,840 x 2,160) resolution for your Windows 10 desktop PC, or you’ve just picked up a powerful new laptop with a 4K display. You want to use every pixel, not just for working and gaming, but for watching 4K video as well.

You’d think it’s easy enough to do – just fire up a 4K video and enjoy it in all its high-resolution glory. It’s not quite that simple, though, and in this guide we’ll show you how to watch as much of your video as possible in 4K, including Netflix, one of the few streaming services that supports 4K video on PCs.

How to watch 4K video that’s not copy protected

One of the most challenging issues with 4K video is copy protection. That is, most streaming services – as we said above, Netflix is one – don’t allow their customers to watch 4K content on Windows 10 PCs. The reason is simple: they don’t want that lovely 4K content to be copied, and by making it impossible for a PC to play it, they take away one method that hackers might use to steal the content.

But what about all of your own 4K videos that you’ve shot on your smartphone or video camera, or that you’ve received from friends or downloaded from the internet? That’s not a problem at all. As long as you have a 4K display and a relatively recent graphics card (say, one from the last three years or so), then you just need a video player that supports 4K.

Probably the best choice is VLC Media Player, a free app that can play just about every video format known to mankind. Download and install it, and then you should be able to play all of your local 4K video no matter the format. It’s important to note that Windows Media Player, the default video player included with every copy of Windows 10, cannot play video in 4K. 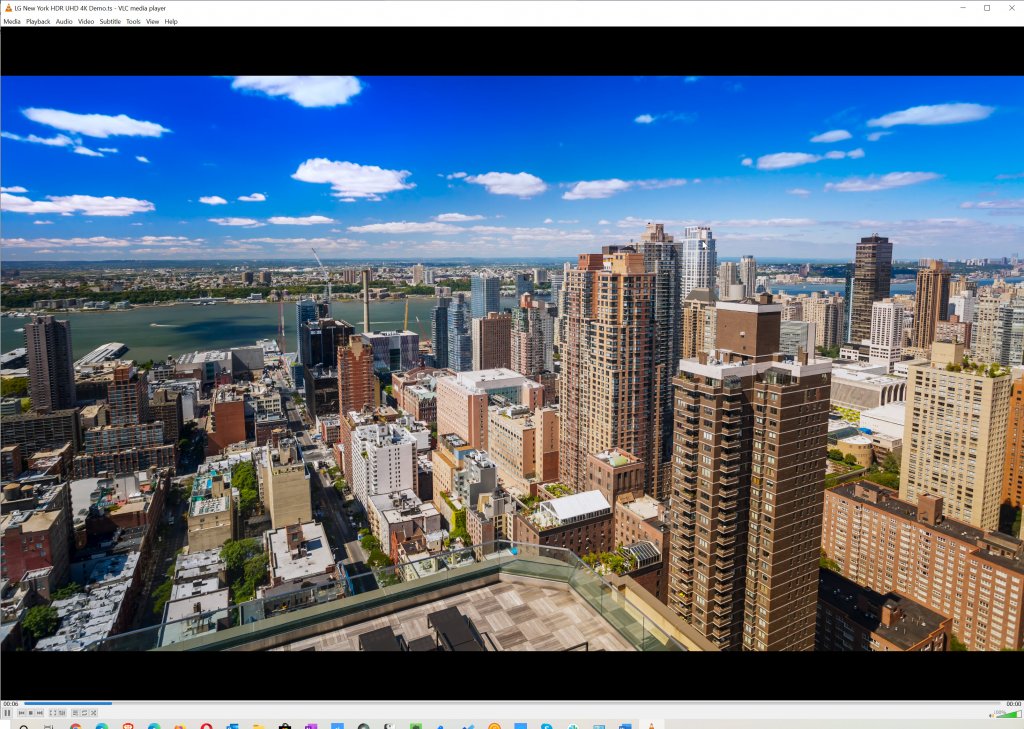 YouTube isn’t terribly picky about playing 4K video. Just go to the search bar, type in “4K video,” and you’ll be presented with a long list of qualified options. Just pick one and play. In other words, YouTube already has the capability to be a native 4K video player.

Note that you might need to click on the settings button and select 4K as the preferred resolution; YouTube sometimes defaults to Full HD. As the video plays, you’ll be able to look at the cog to see the current resolution. 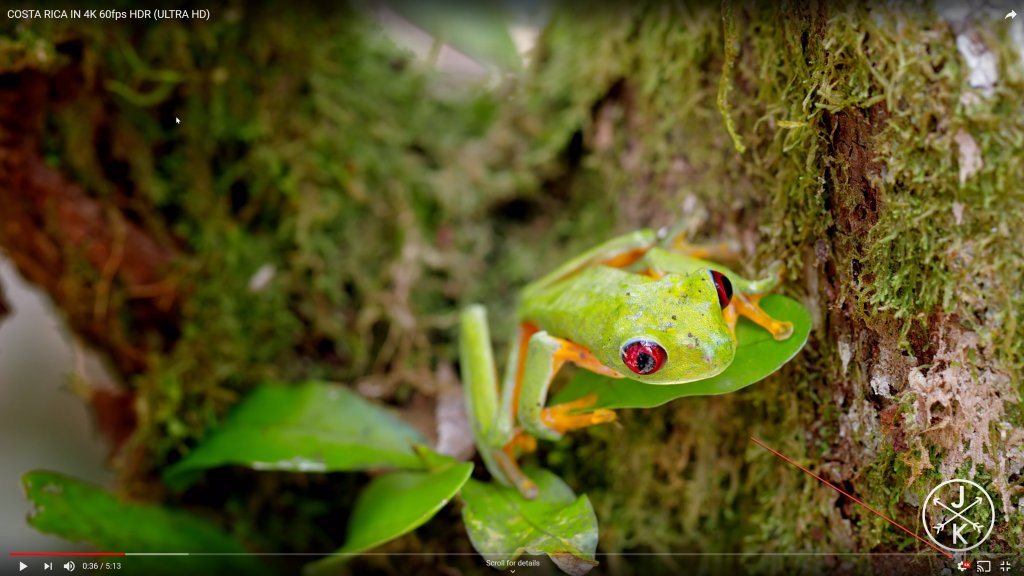 How to watch streaming services in 4K

As we’ve mentioned a couple of times already, there aren’t many streaming services that will play 4K content on a Windows 10 PC. Amazon Prime Video, for example, will not. Neither will Google Play Movies and TV nor Microsoft’s own Movies and TV service. That means you’re out of luck on a 4K laptop, but you could always buy a streaming device – such as a Roku or an Amazon Fire TV – and plug it into the HDMI port on your external 4K display.

Two services that will play 4K video on a PC include Netflix and Vudu, and that’s thanks to a Microsoft copy protection scheme called PlayReady 3.0 DRM (digital rights management). PlayReady 3.0 has a few requirements, though, if 4K video is going to play correctly, and you need to have the right Netflix plan.

Here are the requirements:

Most modern laptops with 4K displays meet all of these requirements, and so you’re likely to be able to watch Netflix on the go. Things get more complicated with desktop PCs and external displays – sometimes, it will seem like your PC meets the requirements and yet Netflix will refuse to run at 4K.

You can tell that a video will play at 4K thanks to badges that Netflix places on each title’s description. If it says “Ultra HD 4K,” then you’re good to go. 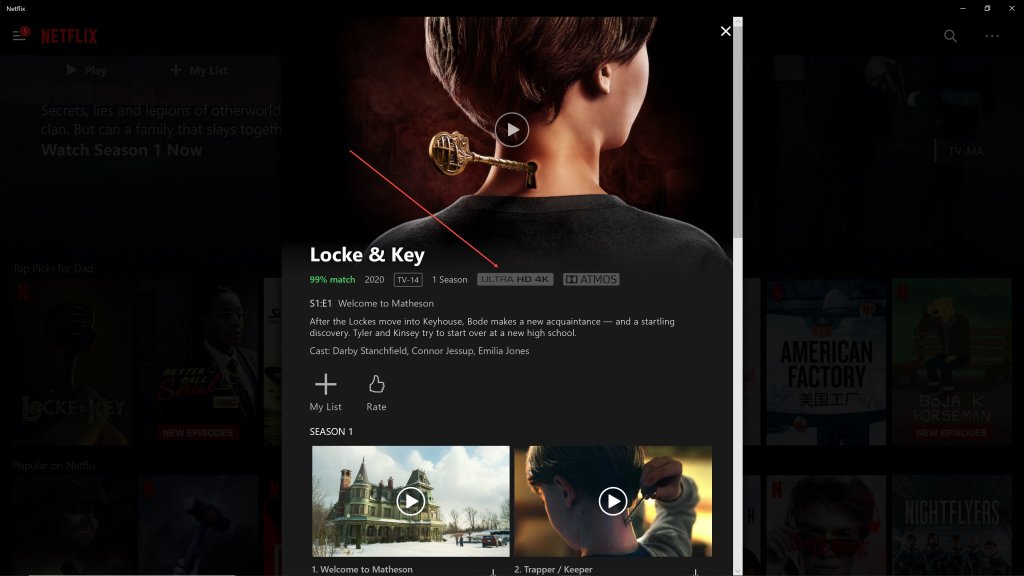 Vudu has similar requirements to Netflix, and the same inconsistencies. It, too, is more likely to play 4K content on a laptop with integrated components than a pieced-together desktop PC. And you won’t get 4K content on your PC from other streaming services like Amazon Prime Video and Hulu.

4K is lovely, but finicky

The bottom line is that it’s easy enough to watch your own 4K content on your PC, as well as YouTube videos, but it might be a challenge to get Netflix in 4K unless you’re using a newer laptop. If you’re building a new desktop PC, then chances are you’ll have better luck than you will upgrading and older PC.