In-Vehicle Data Storage: The Best Disks for Your Drive 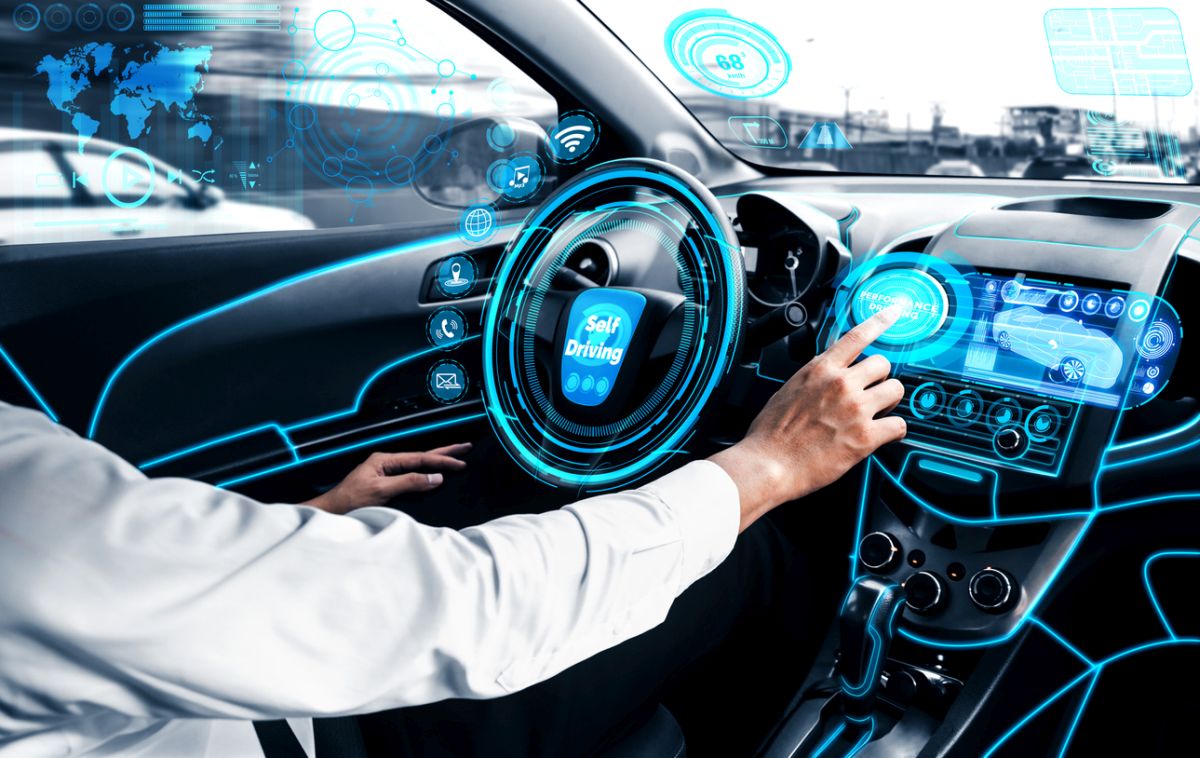 Did you know that the very first on-board computer featured in a car was a fuel injector control system in the late ’60s? Fast forward to today and things have gotten a little bit more advanced. I’m not just talking about fuel injectors, even though modern fuel injectors are incredible feats of engineering.

Let’s turn our attention to vehicular data storage. There are myriad computers in modern vehicles in charge of a wide array of tasks. The memory needed by these computers is dictated not only by parameters of the task assigned, but also the location of the computer itself.

Automobiles are machines built upon harnessing extremes, and as such, expose many of their components to conditions and strains well beyond anything they would experience in other applications. A car that can survive the cold of Anchorage but not the heat of Albuquerque, or the humidity of Atlanta, is limited in its versatility and won’t be a viable option for as many buyers. Therefore, some memory needs to be protected against external elements.

Vehicular data storage has different user requirements too. Some needs to focus on speed, lest you sit in your driveway for endless minutes waiting for your digital speedometer to boot up. Other solutions don’t need to be as fast, but must store much larger amounts of data for longer periods of time.

Just like inside your PC, not all types of storage devices in your car are equal in the way they perform or in the conditions they can endure. Let’s do a quick boot-to-bonnet overview of memory devices found in your modern-day vehicle.

Modern vehicles require more NAND than DRAM. That shouldn’t be a shock considering the frequency with which our vehicles are turned off and on. The slower but nonvolatile memory is crucial to systems like your infotainment, navigation, customization, and especially any accident or collision information captured by the EDR (Event Data Recorder). 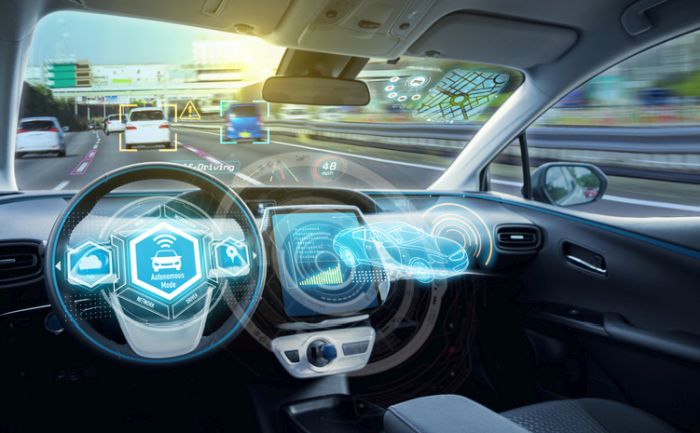 The faster DRAM has its place, however. Especially as our vehicles steer toward autonomy, ADAS (Advanced Driver-Assistance Systems) and other adaptive driving technologies depend vitally on the greater bandwidth and speed of dynamic random access memory.

A modern vehicle could have upwards of 150 GB of DRAM, which sounds like a lot, but considering that selfsame vehicle likely has well over 1500 GB of NAND, we’re going to focus a little more on the nonvolatile end of automotive memory.

This is to be expected. Especially when you consider the fact that these cost effective memory solutions pop up in just about any mass produced portable electronic device. You’ve likely got one humming along in your cell phone right now. They get the job done, at a low cost, which is great for the car manufacturer, but they are subject to several limitations that make them less than ideal for many roles, especially in a vehicle.

eMMC is faster in many instances than it’s sibling, SD cards (which we’ll talk about in a sec), especially in the small file game. Once a file surpasses a certain size however, that story is reversed, as SD cards are better at storing and retrieving large files, making them better suited for many tasks. The greater fragility of eMMC’s also limits where they can be effectively used in a system as chaotic as a motor vehicle.

You’ll find eMMCs behind the boot and operation of your digital cluster, as well as supporting some features of your infotainment center. 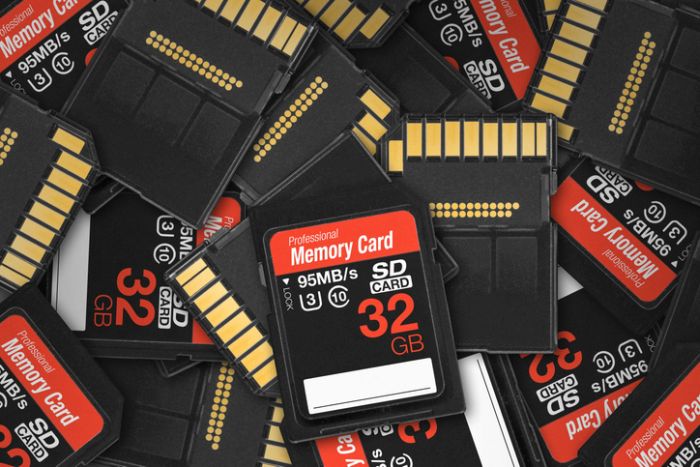 Not associated with San Diego, South Dakota, or Stefon Diggs

These have been in cars for a while now. Originally they were an easy way to store and update the maps for your onboard navigation, but now they can fill many roles including media storage for your music and podcasts, or capturing dash cam footage.

This convenience is perfect for driver facing tech. SD Cards are easy to swap, easy to update, easy to replace, and when you’re engineering anything that will require engagement from the masses, ease of use is paramount. You can’t engineer a smarter driver, so you have to engineer your car’s tech to be as smart and intuitive as possible.

SD cards aren’t invulnerable however, and while automotive cards tend to be more robust than their PC centric relatives they can still break. They are of course slower than NAND solutions and they are constantly suffering a steady decay, though that tends to be more of an issue in tech like cellphones and digital cameras.

SD cards are still mostly found in on-board navigation systems, though those systems themselves are vanishing in the wake of cellphone navigation, not to mention the advent of Android Auto and Apple CarPlay.

Check out all our Memory Cards 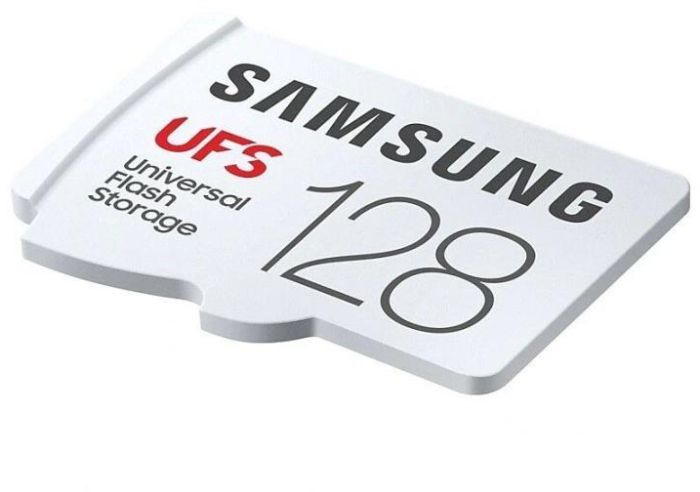 Not to be confused with UFC

UFS offers a level of interface speed heretofore unavailable in a vehicle system. With read speeds around 941 Mbps and writing around 651 Mbps this data solution is up to three times faster than the latest and greatest eMMCs.

This advanced flash memory is capable of simultaneous read write commands, which allows for greater multitasking, and better responsiveness. It’s advancements like these that have begun to truly unlock the potential of ADAS, infotainment, and even self-driving functions.

DRAM is crucial to ADAS features like blind spot monitoring and lane keeping, but without also having NAND that is both fast and reliable, these functions wouldn’t have access to the amount of overlay data they require to operate.

UFS is also much more durable and stable than eMMC, capable of operating in temperatures ranging from -40°F to 221°F. All this functionality, and it still manages to be affordable as well. That’s why though this tech is relatively new, it’s becoming more and more common with each new vehicle launched or redesigned.