What you should know about Intel i5 CPUs 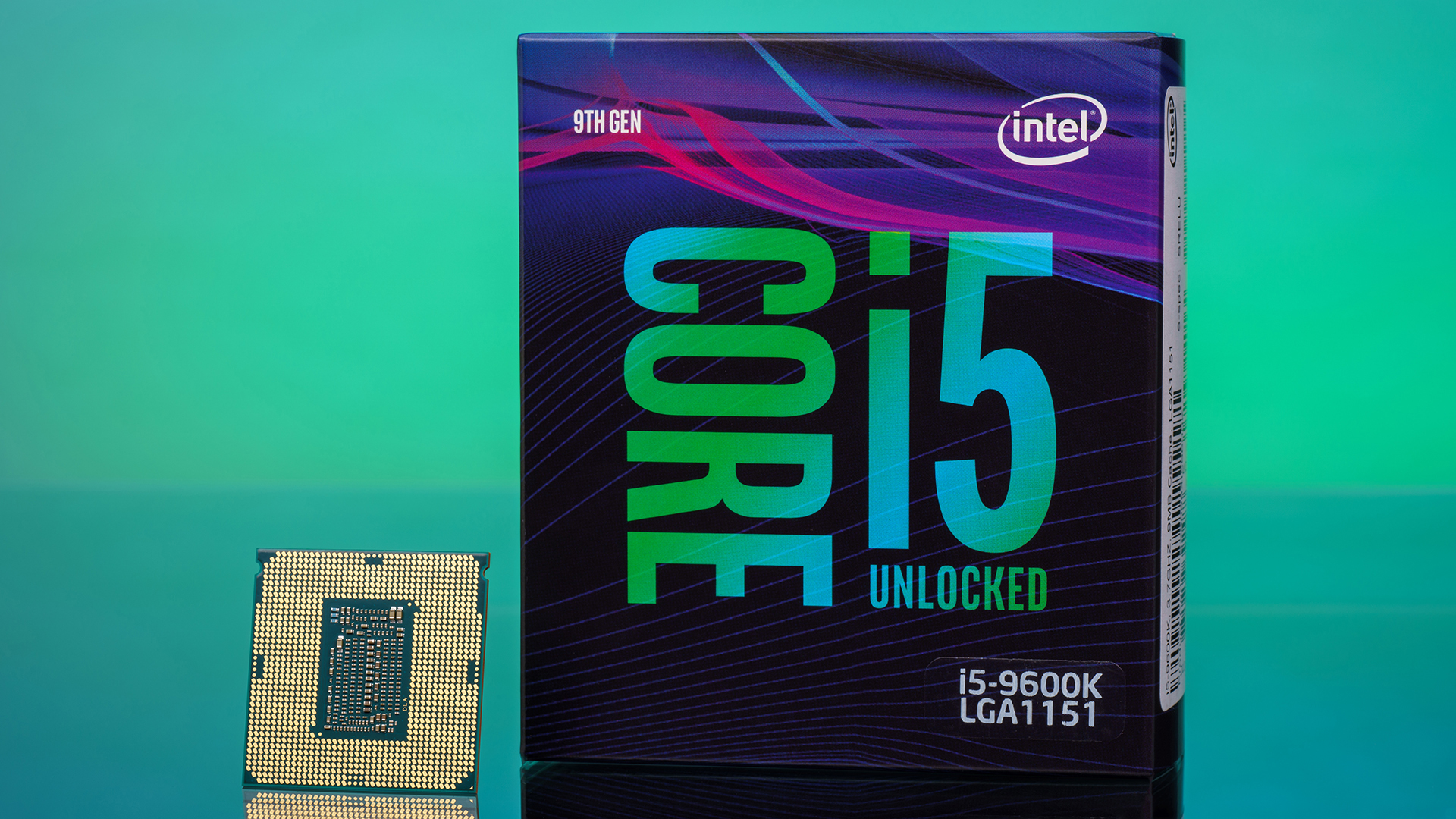 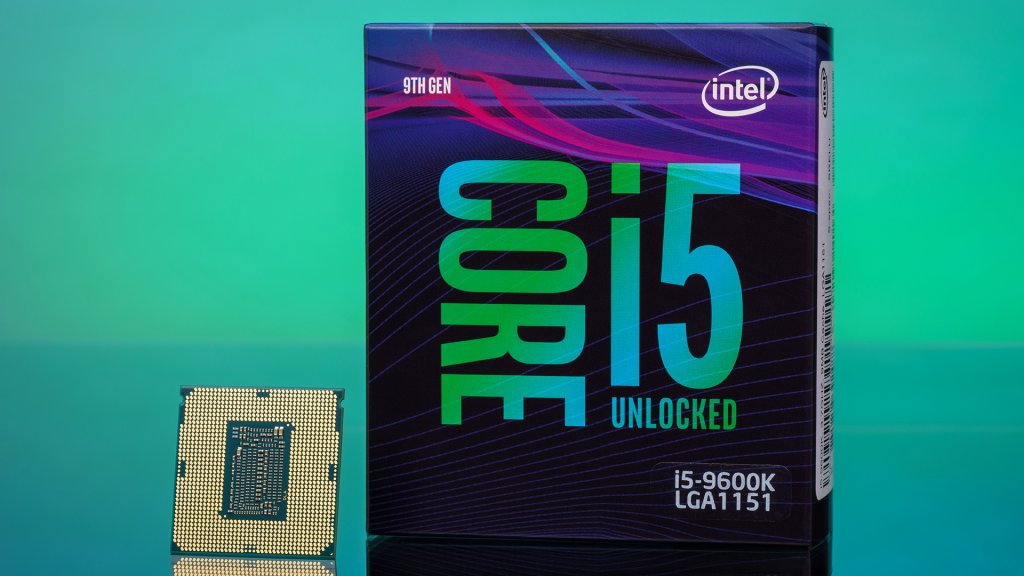 The good news: there are plenty of components with a wide range of options at all price points, including the all-important central processing unit (CPU).

Choosing the right CPU is critical, because your choice will dramatically impact your PC’s performance, whether you’re using it for productivity, creative work, or for gaming. Fortunately, Intel’s Core i5 line offers a solid choice that can strike a nice balance between price and performance.

But what is the Core i5, exactly, and who is it for? What kinds of features and speeds can you expect from Intel’s mid-range options? Those are exactly the questions we’re going to answer in this guide.

Where the Core i5 fits in Intel’s lineup 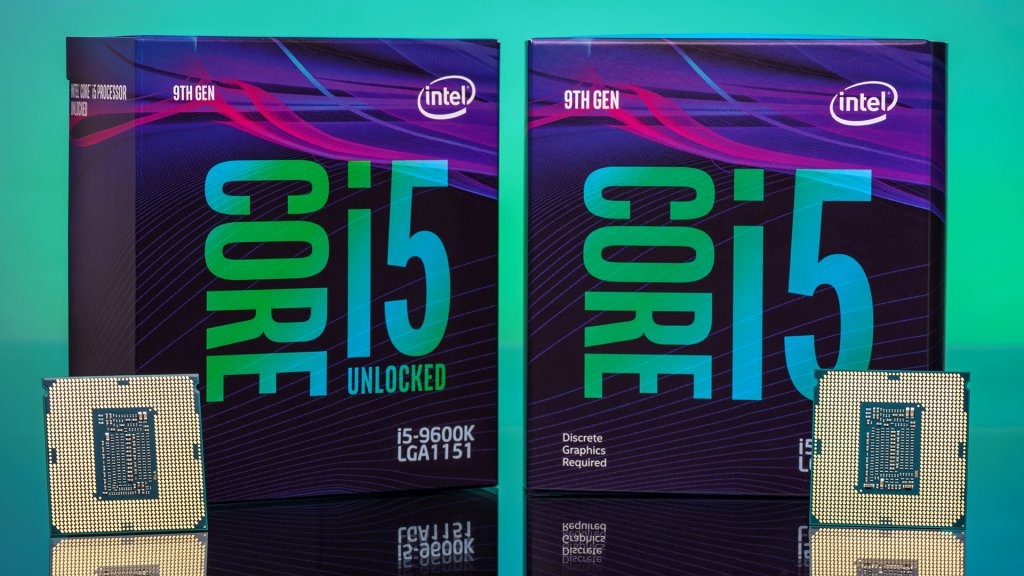 Intel offers a wide range of processors, from the very low end to the top of the price spectrum. Intel aims its products at both consumers and businesses, but we’re going to focus on the former here. If you’re building or buying a PC for home – or, really, even for work if it’s not intended for the server room – then chances are you will be looking at a very specific segment of Intel’s product line.

Intel has processors like the Celeron and Pentium on the lower end, but if you’re building or buying a PC in this modern day, then chances are you’ll be looking at Intel’s Core CPUs. Those include the Core i3 at the low end, the Core i5 in the middle, and then the Core i7 and Core i9 at the high end. 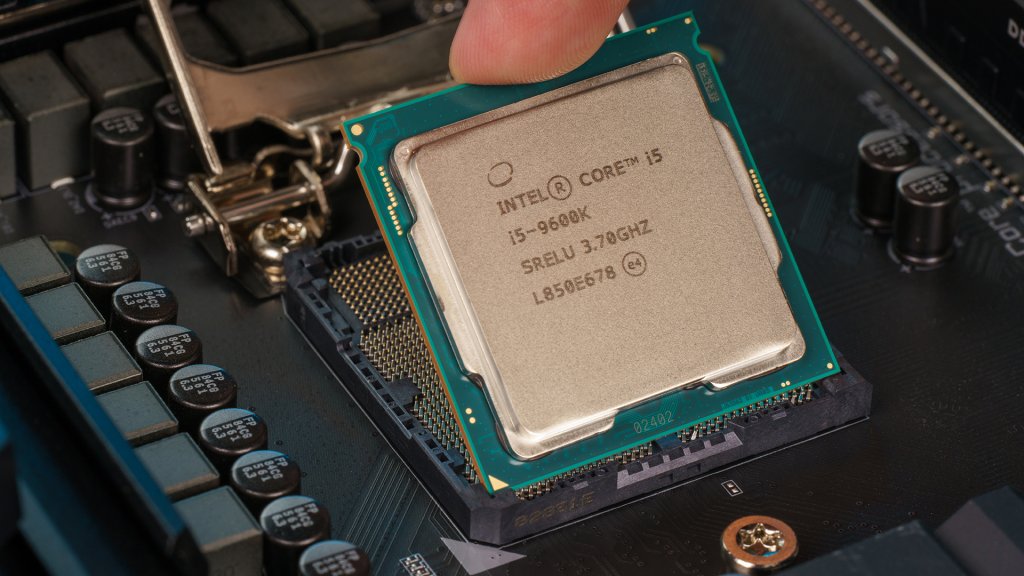 Intel has also recently released its 9th-generation processors, with the most relevant examples being the Core i5-9600K and the Core i5-9400F. The biggest difference in this new generation is Intel’s use of a more effective thermal design that enables higher clock speeds and higher boost rates. Note the “K” designation on the Core i5-9600K – that means the CPU can be overclocked, and the same goes for the Core i5-8600K in the table below.

A 9th Gen CPU is absolutely a great option if you’re looking for the latest and greatest, but it’s Intel’s 8th-generation of processors that’s been the most thoroughly tested. That’s the line that we’ll be discussing in detail in this guide.

Here’s where things shake out today, for both desktop and laptop PCs: 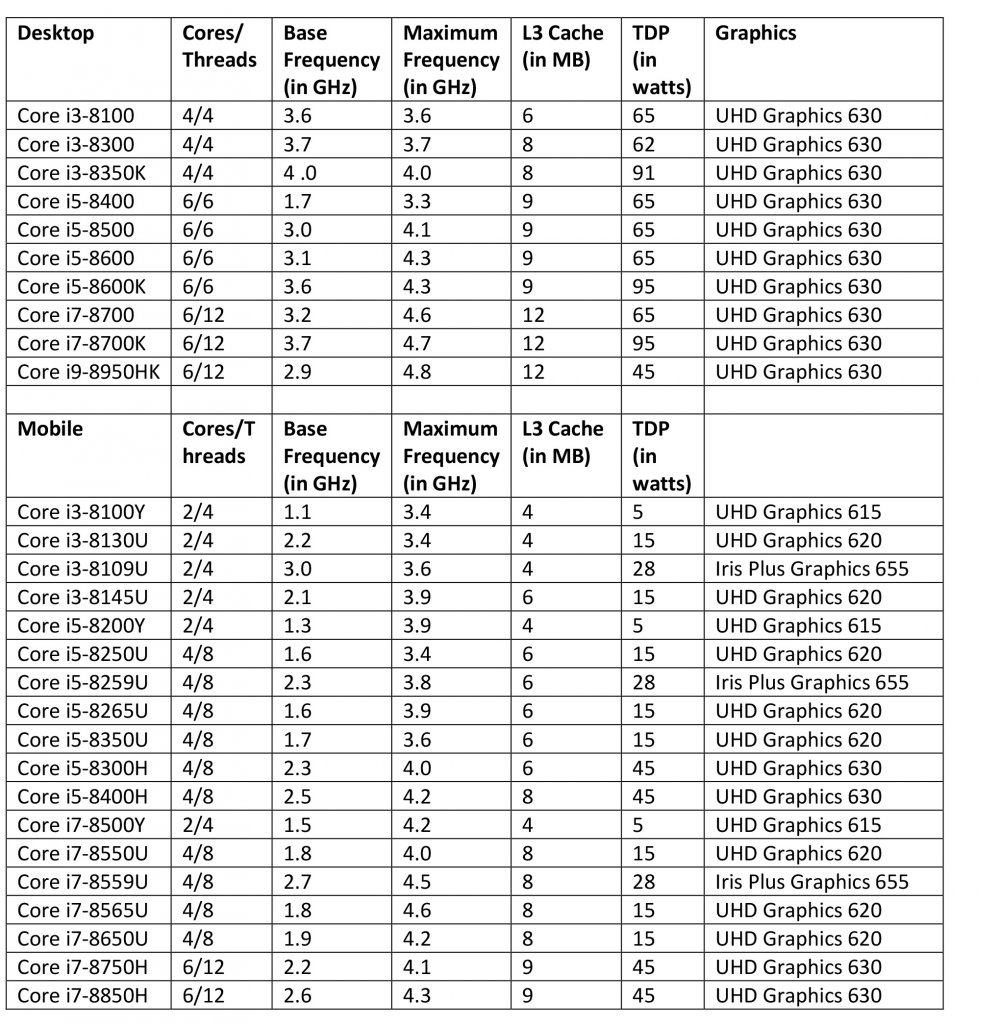 Looking at this range of CPUs, you’ll notice the Core i5 right there in the middle. Whether you’re looking at the number of cores, speeds, or integrated graphics, the Core i5 is significantly more powerful than the Core i3, while being closer in performance to the costlier Core i7.

On the desktop side of things, the biggest difference between the Core i5 and the Core i7 is that the latter includes Intel’s “Hyper-Threading” technology. That means that each core can run two processes simultaneously, allowing the Core i7 to perform more tasks at one time than the Core i5. This is more generically called “multithreading.” 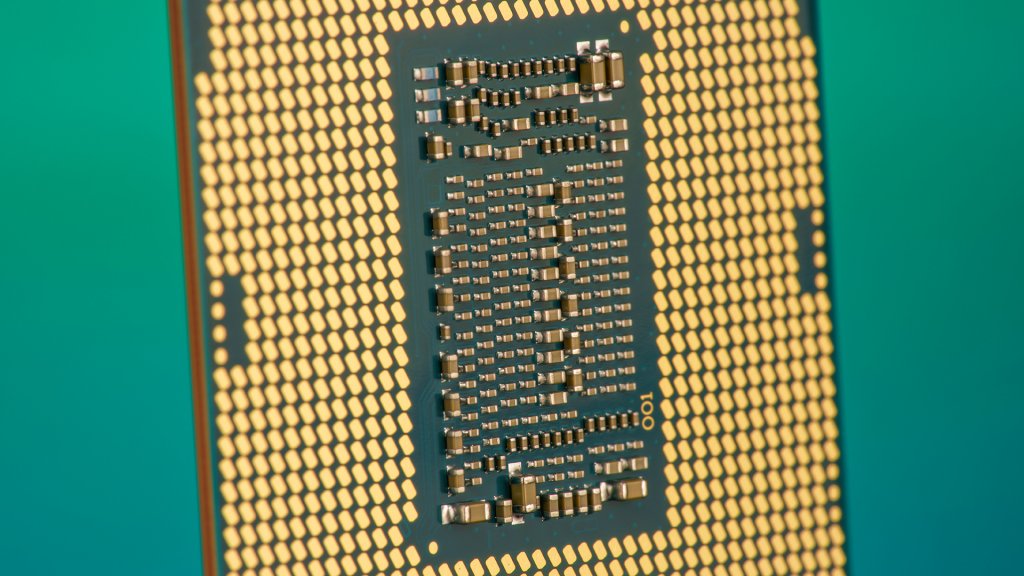 On Intel’s mobile CPUs, the Core i5 is multithreaded as well. That means that the Core i7’s advantage is primarily in its faster clock speeds. You must step up to the six-core/12-thread 45-watt versions of the Core i7 to gain more cores and more significant performance gains. On the very low end are Intel’s low-power Y-series CPUs, that are intended to provide the best possible thermal performance and battery life.

Finally, you’ll notice that most Core CPUs come with Intel’s UHD Graphics 620 or 630. These are integrated graphical processing units (GPUs) that are enough for the most casual gaming and low-end content creation needs. Some mobile CPUs, like the Core i5-8259U, come with the faster Iris Plus Graphics 655. While this is still an integrated GPU that’s only good for casual games, it performs better in creative tasks like video encoding.

Another important difference with the 9th-gen CPUs is that there’s once again an option without an integrated GPU. The Core i5-9400F is a great example of this, and if you choose this version, then you’ll need to pick up a separate, discrete GPU to go with it.

So, how do these differences translate to real-world performance? One way to know is to look at synthetic test results, like Passmark Software’s benchmarks. These tests run a CPU through a host of tasks that aim to demonstrate how the CPU will perform in real-world use.

Note that Passmark’s CPU Mark tests both single-thread performance and overall performance. As we’ll see shortly, you might be more concerned about one or the other depending on your main tasks. If you run applications, such as games, that don’t make use of multiple cores, then you’ll want the fastest single-core performance you can find. Of course, if you run applications that can take advantage of multithreading, then you’ll want to see better overall performance.

Here’s where a selection of CPUs rank, on average, according to the CPU Mark benchmark:

As you can see, desktop CPUs are significantly faster than mobile CPUs, as we would expect. And while Core i7s are faster than Core i5s, there’s less of an advantage than between Core i5s and Core i3s. The bottom line is that the Core i5 is a sweet spot regarding price and performance.

Where the Core i5 makes sense

Here’s how Intel describes the best use-cases for each CPU:

That says it all, right? Marketing-speak aside, it’s a reasonable description of where each processor makes the most sense. If your requirements are more than basic but less than high-end, then the Core i5 is a very good fit.

Productivity and creativity use 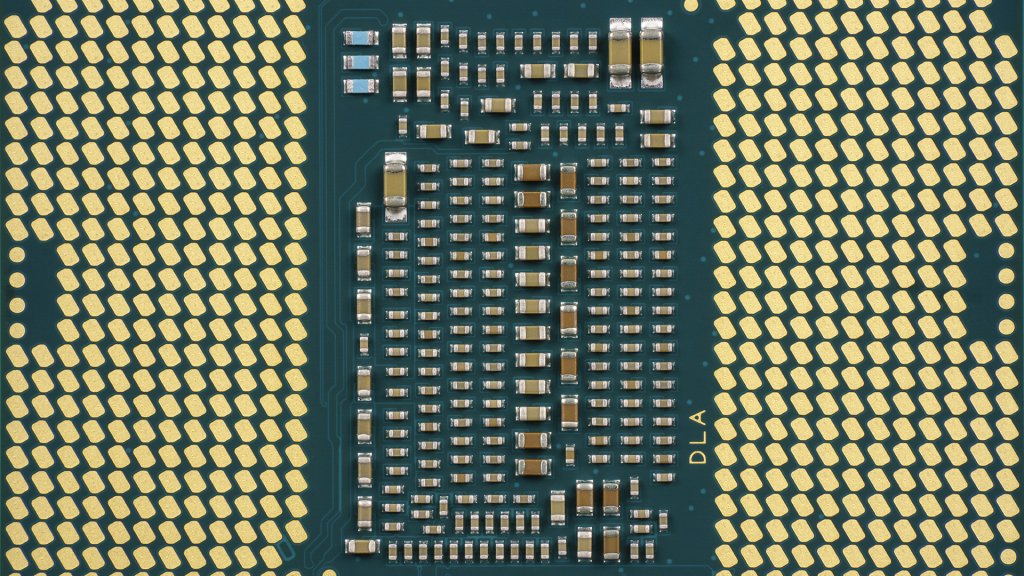 If you’re going to be running more intensive applications that will use additional cores, such as video encoding and tons of multitasking, then you’ll want to start with at least a Core i5. That’s true both on the desktop and on laptops, where CPUs run at much slower clock speeds, and so will benefit even more from more cores.

In practice, that means taking a hard look at how you’re going to use your PC. If you will be doing mostly one thing at a time and using basic applications that won’t utilize multiple cores and threads – think email, web browsing, and Microsoft Office productivity work – then you could get away with a Core i3.

If most of your work is with such advanced applications and you need the best possible performance, then you’ll want to consider a Core i7. As we saw in our performance table, the Core i7 provides the highest level of performance whether we’re looking at single-threaded tasks or overall.

Chances are that if you need that level of performance, you’ll know it.

If you’re a gamer, then the situation is a bit murkier.

Most games won’t utilize multiple cores, and the GPU has the most impact on their performance. Games are, though, impacted by clock speeds. That makes a Core i5 a good starting point to run today’s games well and to prepare for future games where more cores might be beneficial.

If you’re a hardcore gamer, though, who’s looking for the fastest gaming rig around, then you’ll benefit from the faster clock speeds of high-end Core i7 CPUs.

The difference isn’t necessarily as big as you might think, because each class of CPU – such as Intel’s U-series – are rated at the same 15 watts (although manufacturers can adjust this up or down within a certain range). Nevertheless, if balancing battery life and performance is very important to you, then the Core i5 once again offers an advantage. And, of course, laptops built around the Core i5 are less expensive than those running the Core i7.

How do you buy or build a Core i5 system?

The CPU is just one part of a modern PC, though. There are many other components to consider when building or buying your new machine.

To begin with, you’ll want to consider how quickly your CPU can access and save information. That means you’ll want to choose the right kind of storage, which today means choosing between spinning hard disk drives (HDDs) that offer the most storage capacity and much faster solid-state drives (SSDs) that can significantly speed up booting, opening applications, and saving and loading information.

On a desktop PC and some larger laptops, you don’t have to settle for one or the other. You can install at least two storage devices, and a great option is to choose an SSD to store the operating system and a larger HDD for storing your data and applications.

Even if you choose a Core i5, you’ll still want to make sure you have enough RAM to handle your workload. If you choose too little, then chances are your system will slow down as it uses your storage for paging information in and out that won’t fit in your RAM.

You can check out our guide on how much RAM you need for your PC. But for most users, 8GB is sufficient, and 16GB or 32GB will keep you covered for years to come.

As we mentioned above, gamers should concentrate on choosing the right GPU if they want to maximize their gaming experience. The CPU is important, but most games will be impacted first by a slower GPU than by a slower CPU.

Once again, we have you covered with our guide on choosing the right GPU. Note that if you’re buying or building a desktop PC, then you can save some money by choosing a Core i5 rather than a Core i7 and apply that savings towards a more powerful GPU.

Unless you know that you need the most powerful PC you can build or buy, the Core i5 is a great option. It’s plenty fast for productivity and creative work, and it makes for a nice mid-range gaming rig.

If you’re looking for the sweet spot of price to performance, consider selecting a Core i5, and investing the savings into other build components.