By Gregory RiceDecember 13, 2016No Comments 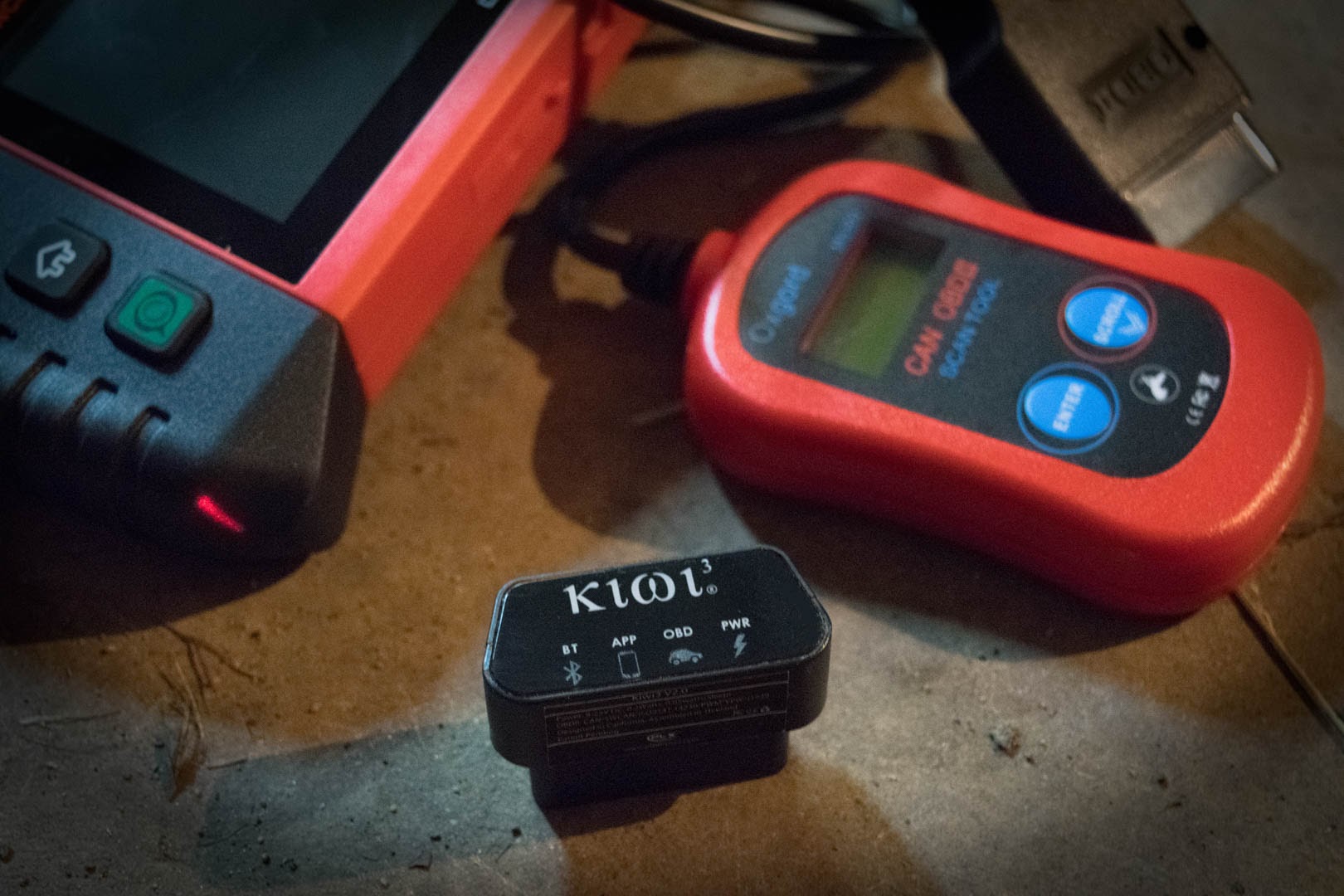 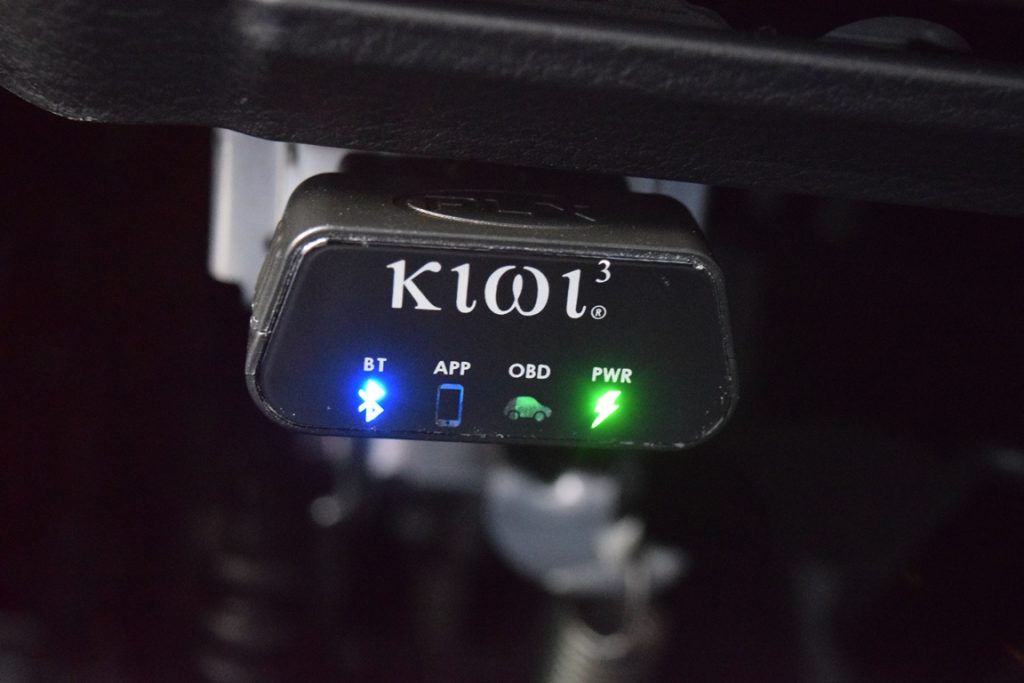 Automotive tech advancements are driving towards improved connectivity between your vehicle and devices. Whether for an improved driving experience or to give you better insight into your vehicle performance and security. With all the electronic features and systems on vehicles today, your onboard engine control unit (ECU) is constantly monitoring, powering, and coordinating the individual systems and dictating how they fit together to keep things running smoothly.

The ECUs of cars today are truly amazing computing machines, performing thousands of measurements and adjustments every second. The onboard diagnostic (OBD-II) port is your entry point into the ECU, and on all US cars after 1996 this is accessible for you to gain access to the wealth of data. The Kiwi 3 Bluetooth OBD-II scan tool by PLX taps into your car’s computer for precise insight on your vehicle performance, offering detail beyond most other consumer devices out there. 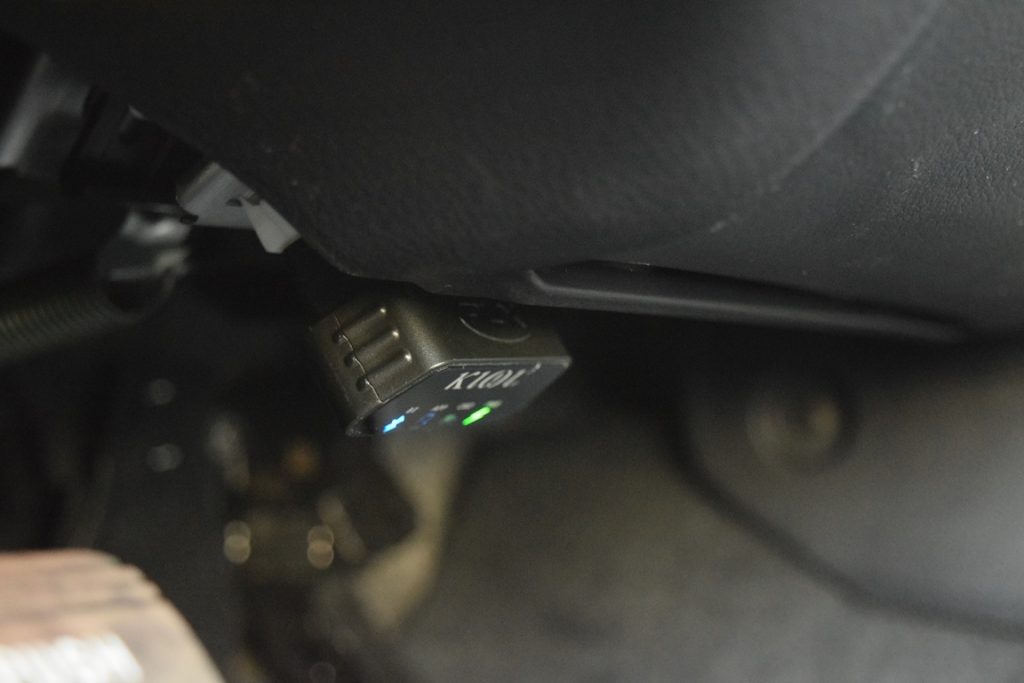 The Kiwi 3 is an OBD-II scan tool designed for everyday use, which means it is low-profile, designed to be left plugged in while driving, and the interface is powered by apps. Since it is intended to be connected while still giving you safe access to the pedals, the design is compact and virtually unnoticeable from a seated position.

There are definitely some differences in both application and functionality when comparing the Kiwi to one of the wired units, which I will get into later. The price range for the wired units is varied, with some starting at around $15 and the professional ones  easily north of $1,000. At $100, this is less costly and more limited than the professional tools but more expensive than the units people buy for a quick diagnosis whenever the “check engine” light goes on, with far more flexibility.

The Kiwi 3 is iOS, Android, and Windows mobile compatible, and has Bluetooth 4.1 connectivity. One nice thing about the setup is that it doesn’t require pairing, so you can just plug and play after downloading the apps you want to use.

The Kiwi 3 claims to be four times faster than the nearest competition, and while I haven’t tested out other Bluetooth OBD-II scan tools, this delivered immediate readings. The RPMs and speed were accurate, and I think it is safe to say that the readings are reliable enough to be considered actual real-time data. 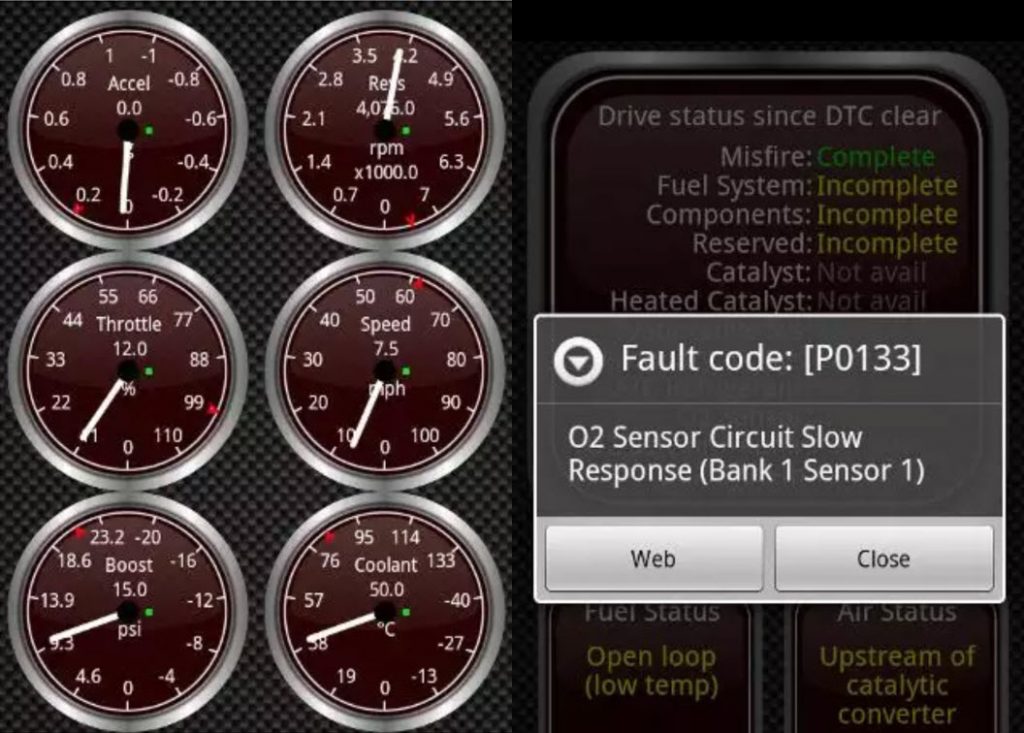 All the apps are paid ($9, $20, $28 respectively), and this is definitely for the serious auto enthusiast who would be taking a car to track days or actively tuning their car. There is a ton of detail with these apps, and most average motorists would not take full advantage of all the features. 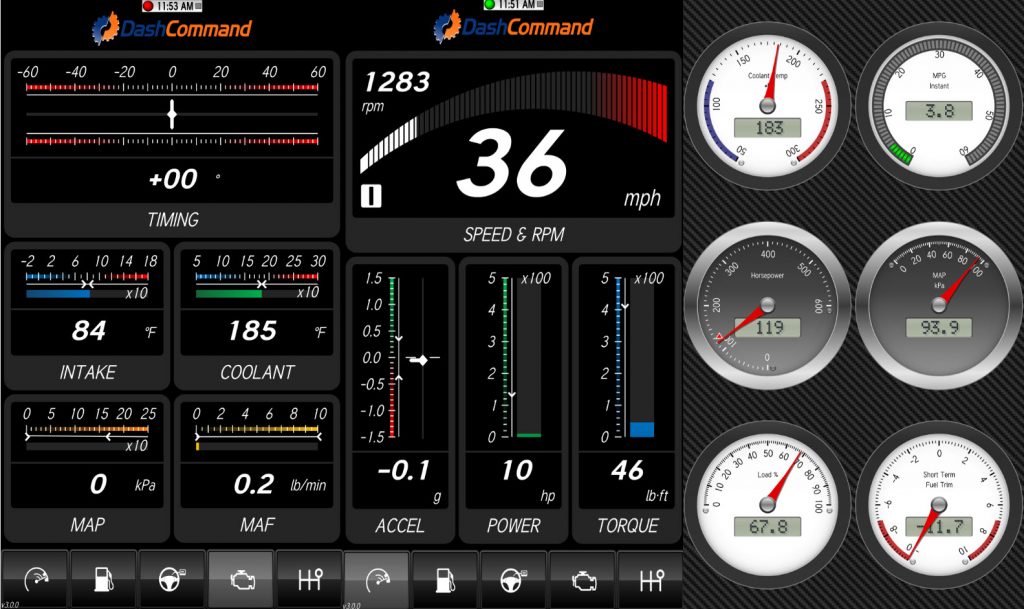 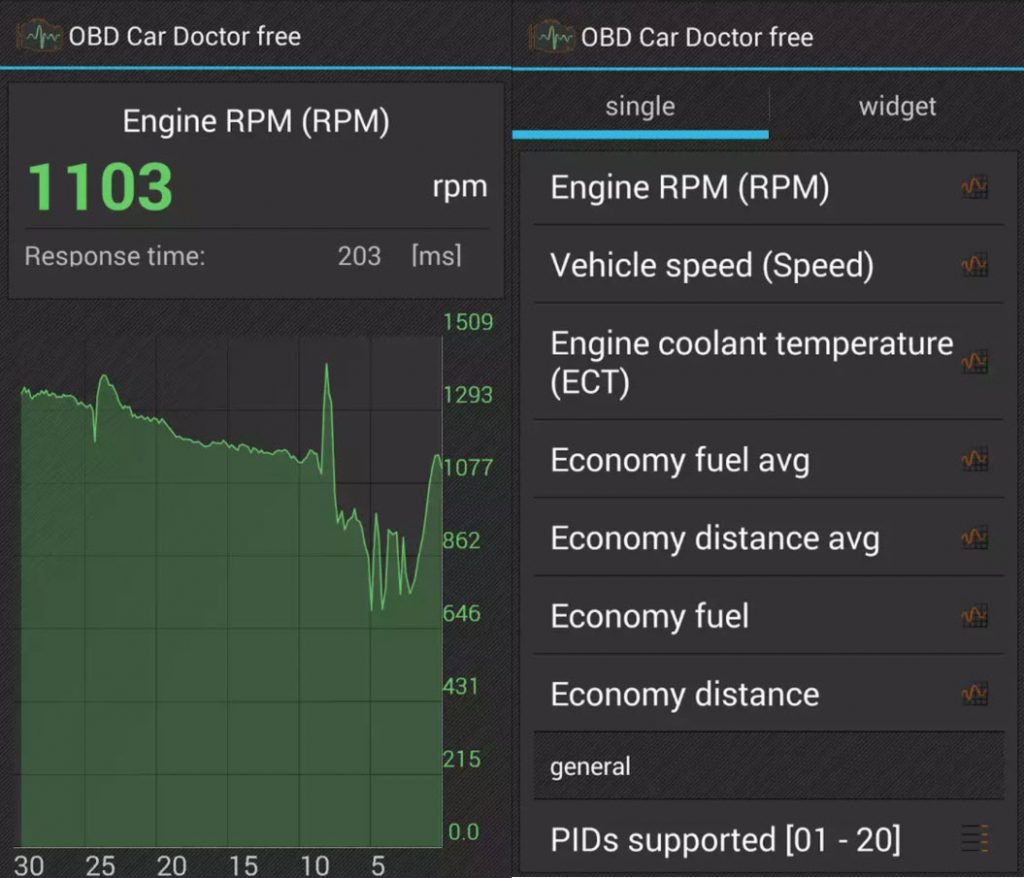 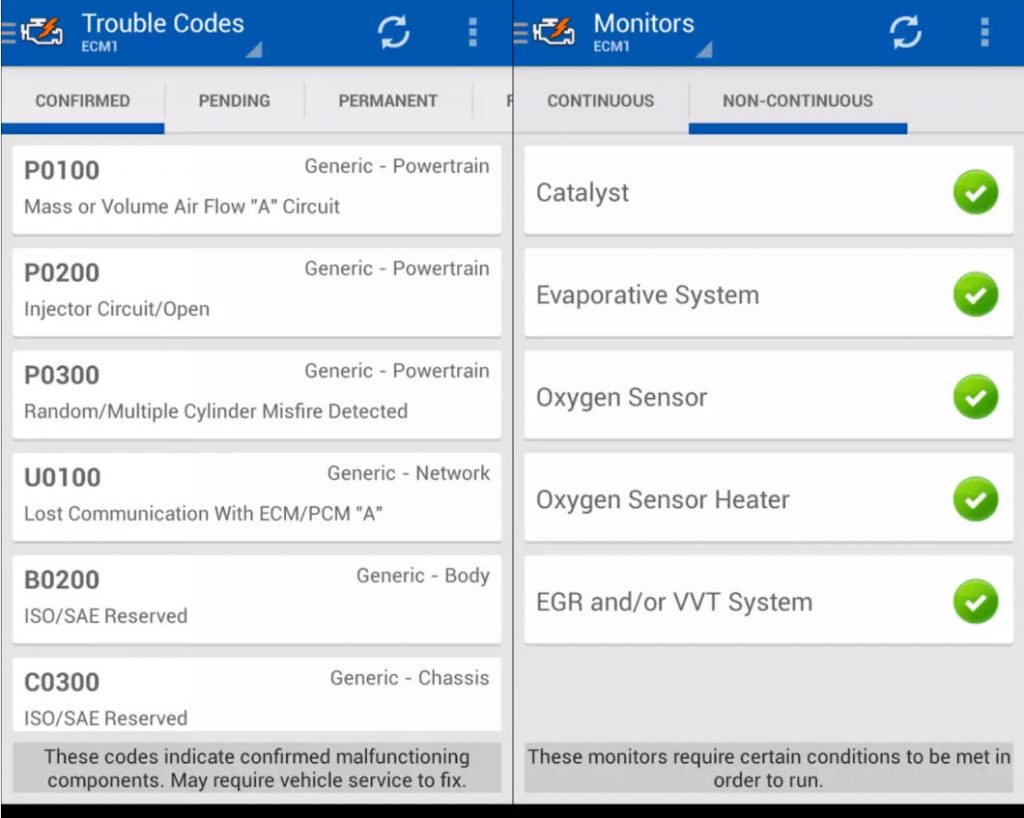 One of the unique aspects of the Kiwi 3 is that it strictly uses other third-party apps as the interface. What this essentially means is you can use it as an open-source host for any future app that comes out or, for the more savvy developers out there, you could even design your own. Kiwi 3 doesn’t have any of the restrictions like Apple’s Made for iPod (MFI) program, so there is far more flexibility for those looking to customize it to fit individual needs.

Why choose this over a standard wired unit? 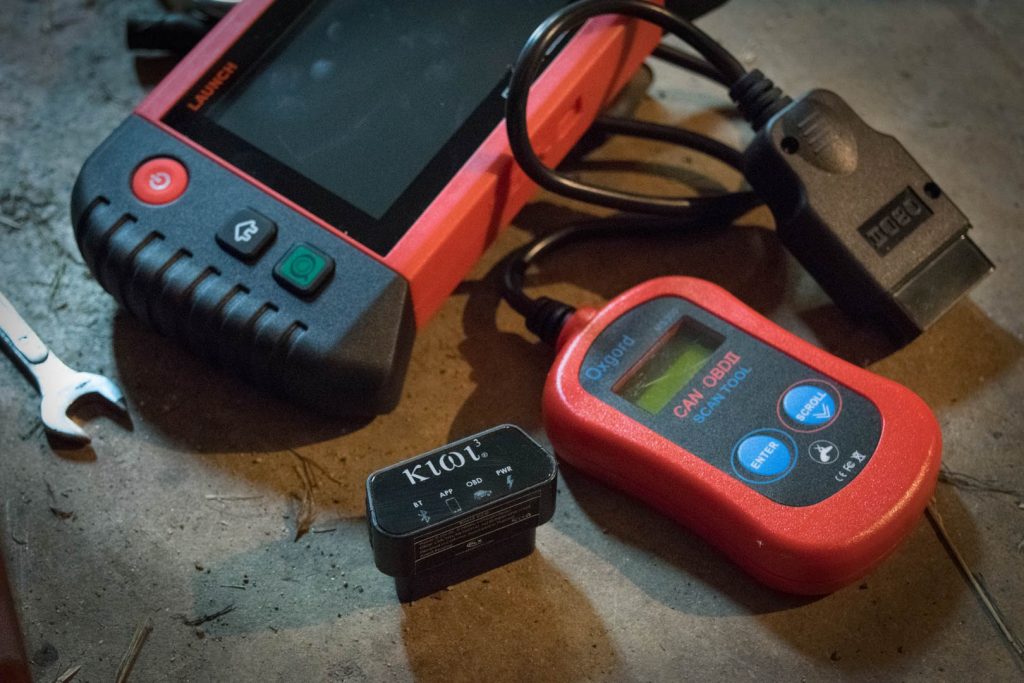 I have one of the inexpensive $15 OBD-II scanners that are pretty much everywhere, which has two buttons and a small screen for displaying codes. These come with a booklet of general code diagnoses, and you need to consult your car manual or the web for model specific error codes. This works great for error code reading and clearing, but that is the extent of the utility. It’s a simple tool that does a great job for one thing, which is what I expect from it.

At $100 the Kiwi 3 several times the cost of those units, but you’re gaining some seriously beneficial tools. Yes, you can scan for error codes and clear them as you would with a normal scan tool, but beyond that you have full access to tons of metrics that cheaper tools just can’t provide. Think about it this way: your ECU has every piece of data about your car you could ever want, and more. You just need the right tool to access that data, and some tools are better suited to give you that access. Performance metrics, fluid temperatures, fuel flow, CO2 emissions, air flow- these are all things that you just can’t get with one of the cheaper units.

Under normal circumstances your car should not be throwing codes at you very regularly, so you really only need that function from time to time. That being said, a big reason for the Kiwi 3 to find itself plugged under your dash is the frequency with which you can use it for all its other functions.  If you know that your car is emitting too much CO or your coolant is getting hotter than it should be, you can proactively address an issue that you otherwise wouldn’t have known about until it is too late.