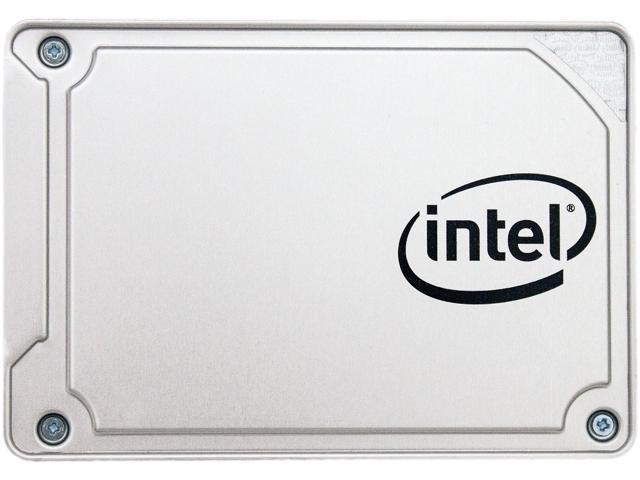 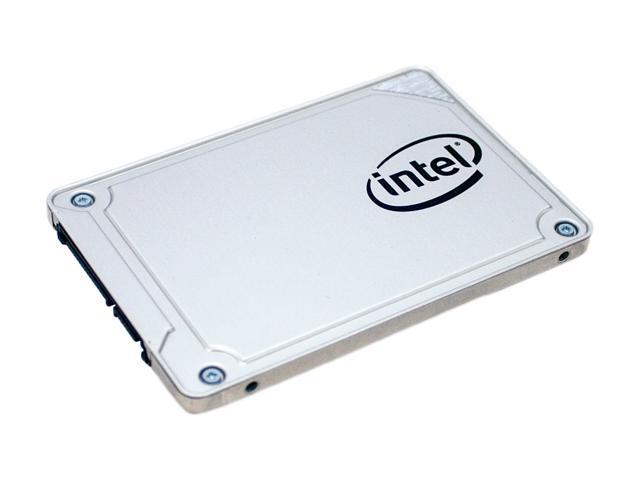 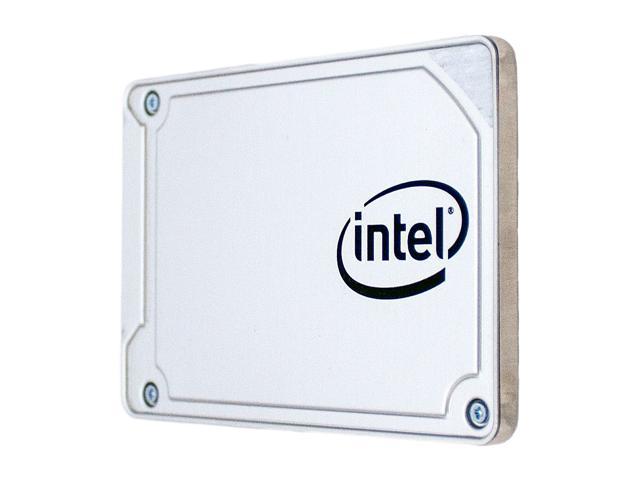 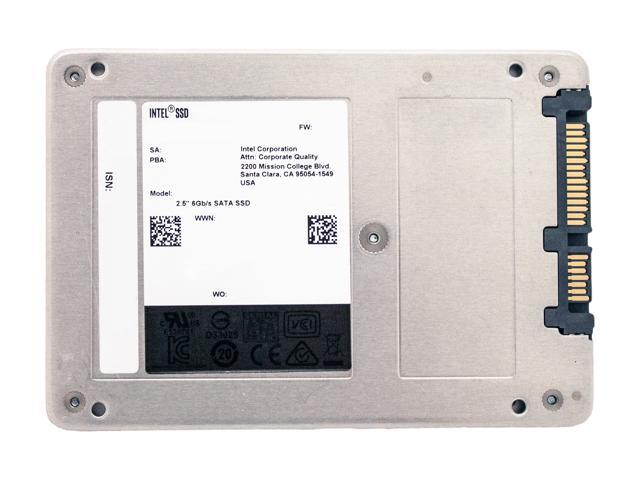 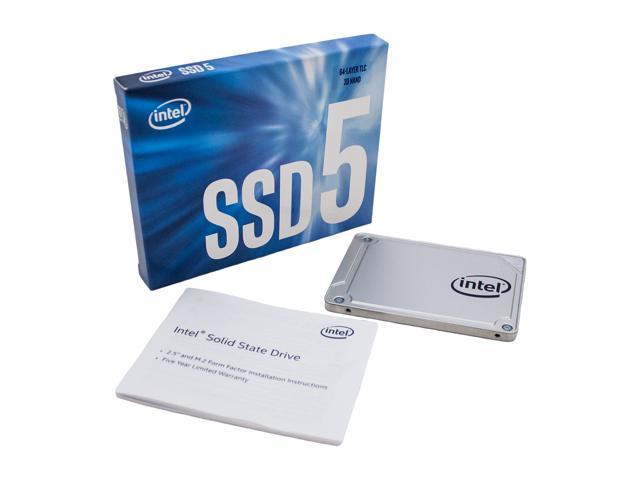 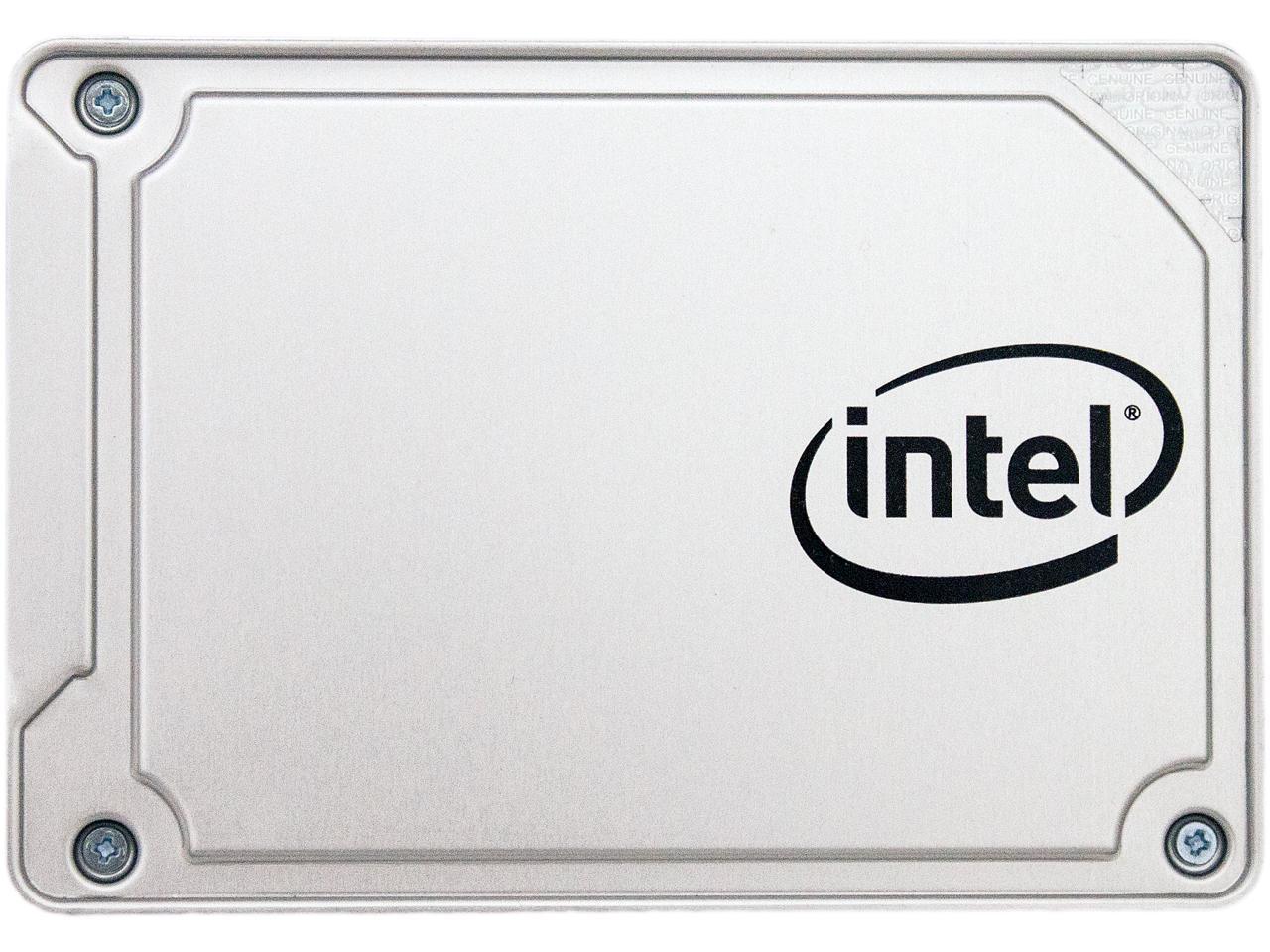 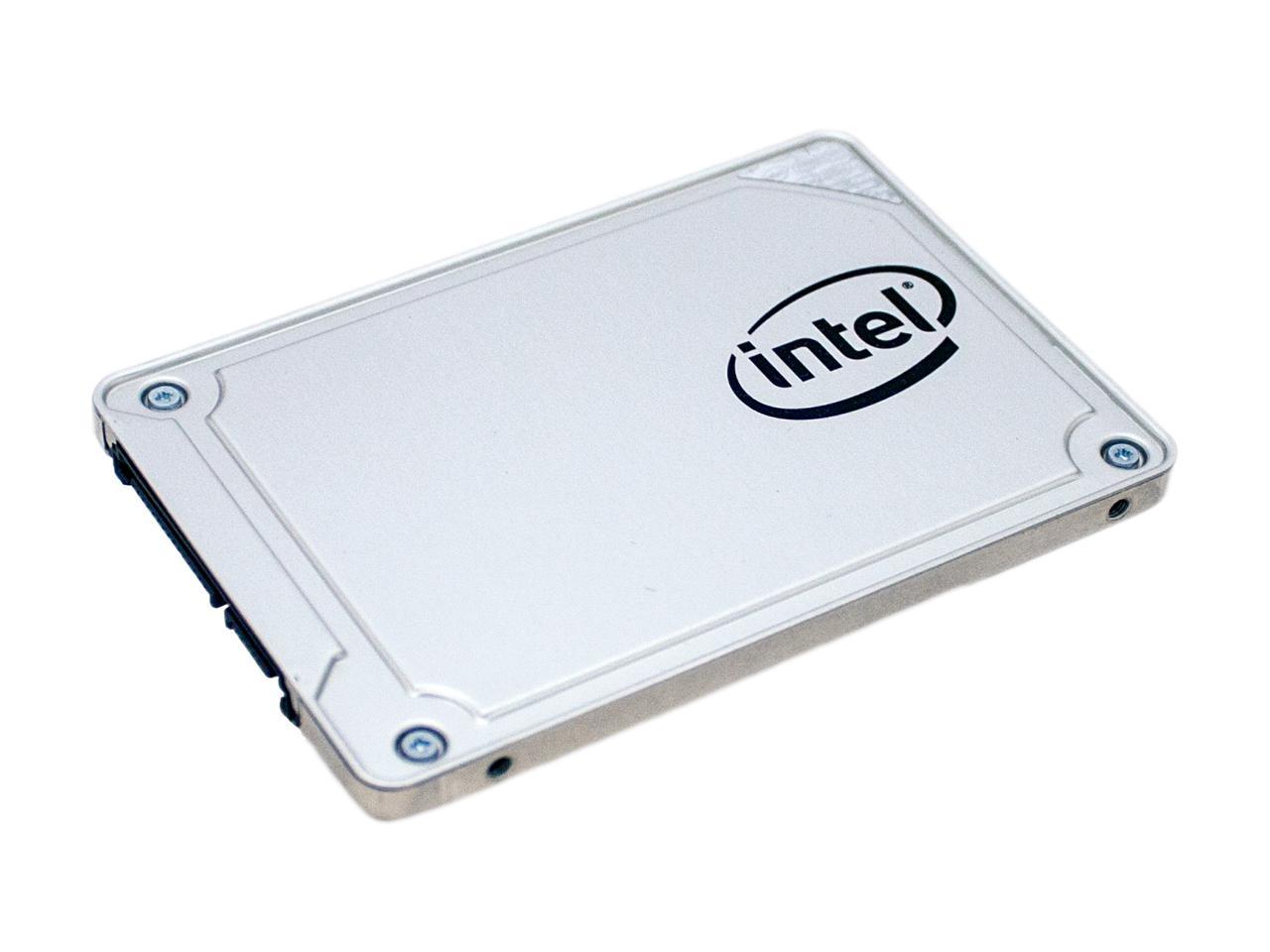 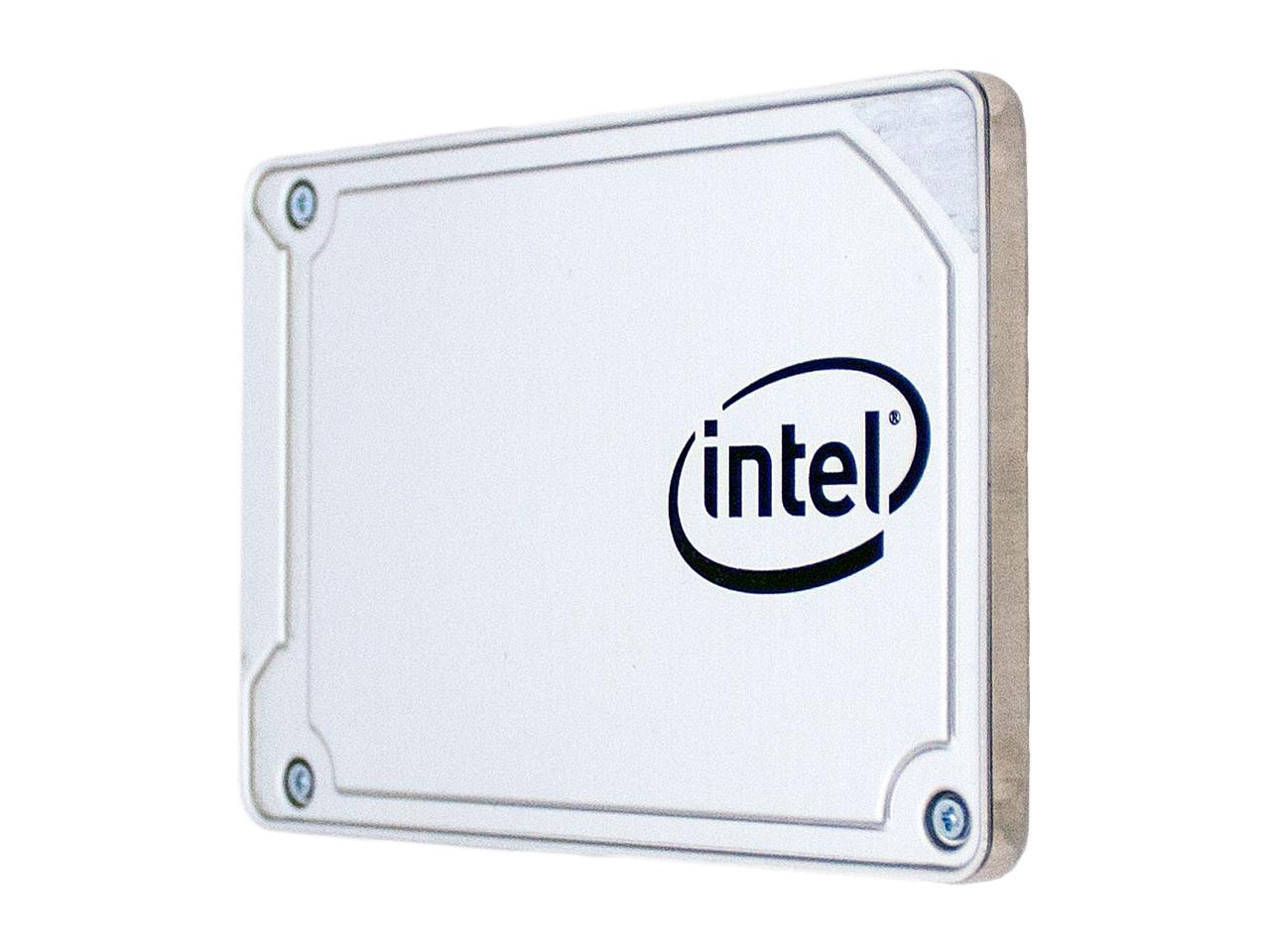 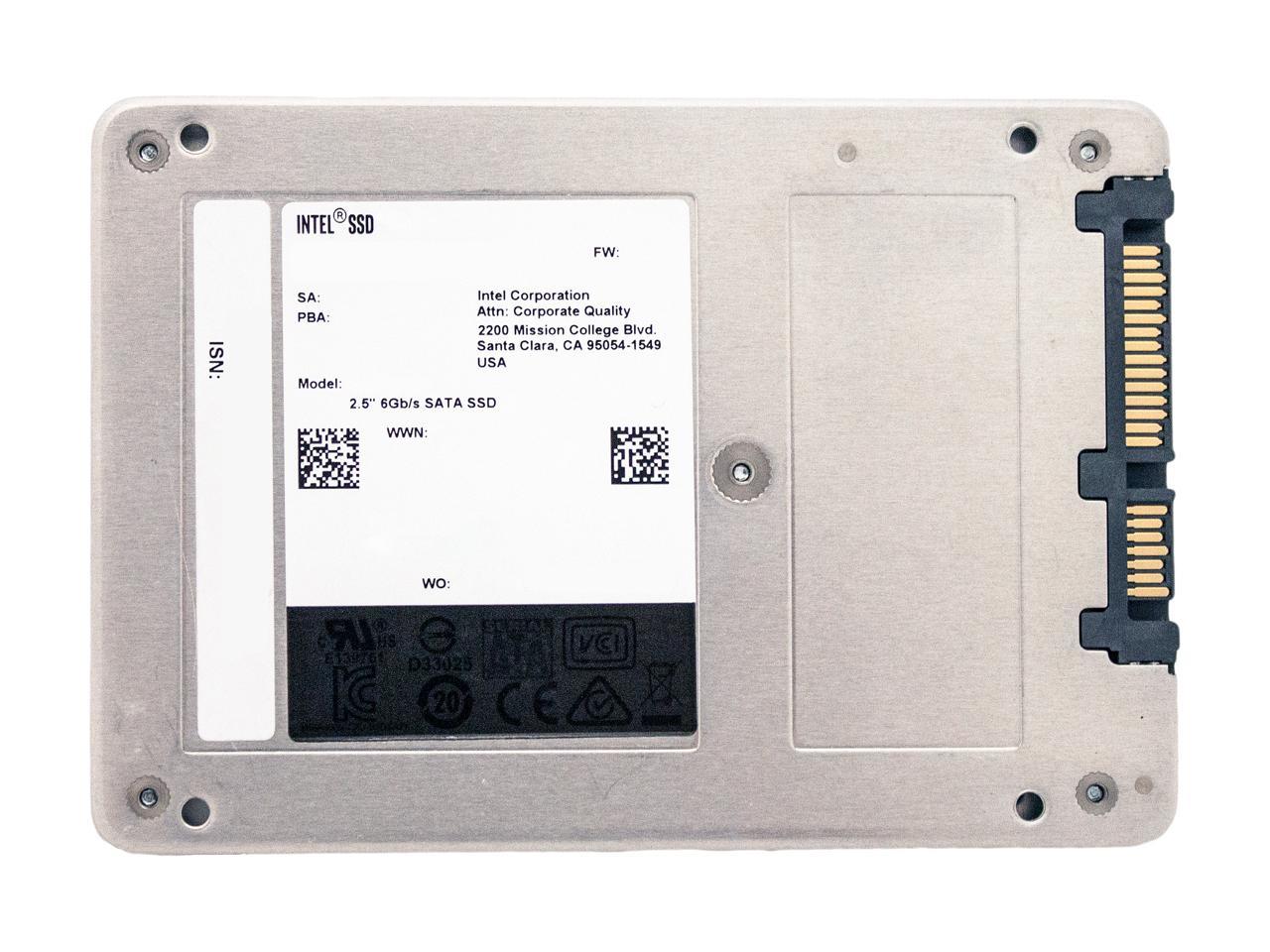 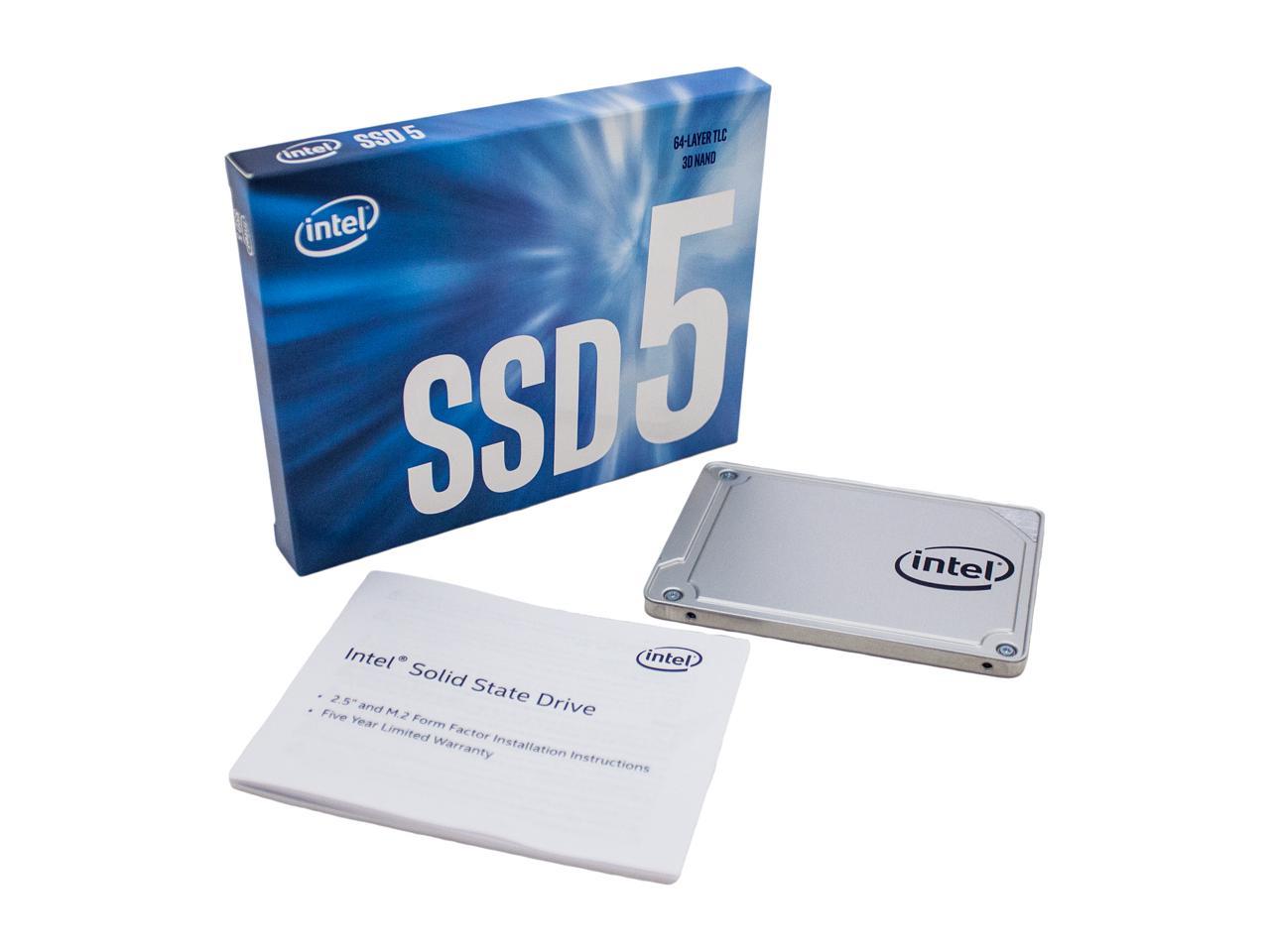 Optimize your PC by replacing your HDD with an Intel® 3D NAND SSD. With performance faster than an HDD, you’ll see quicker boot-ups, more responsive applications and faster file-transfers for less waiting and more doing. The standard 2.5-inch form factor fits easily into most PCs. With Intel® Data Migration Software, copying data from your old drive to the SSD is simple and capacity configurations. Choose from 2.5-inch or M.2 form factors in a variety of capacities — up to 2TB — that are easy to install into any SATA-based PC.

Learn more about the Intel SSDSC2KW256G8X1

Pros: Reaches The advertised speeds. Has a five year warranty. Has 144 terabyte TBW (Write/life) Compared to 72 of many other brands. Easy Plug and Play. Has AES though I dont use it. I am two months in without even a chkdsk error.

Cons: The price went up since I bought mine <GRINING>. Got it for 69.99. It may not be that cheap again for awhile as this is a good SSD.

Overall Review: Just wanted to comment on one other reviewer who wrote his died after two and a half years. Wrong. These are only out of production phase late 2017. His Review is early 2018.

Pros: >Can't beat the price >As quick as the few Samsung drives I have used >Plug-n-play on Ubuntu >Actually has 256GB (your mileage will likely vary)

Cons: >The aluminum case feels a little cheap (thin metal), but not alarmingly so >The threads of one of the side mounting holes wasn't tapped properly

Overall Review: You are not going to find a better drive for a better price. With this one SSD release, it feel like Intel just declared war on Samsung for control of the SSD market. I used this drive so that I could put Ubuntu on a second drive on my laptop (swapped the optical drive for an HDD caddy), so I knew before I even bought it that I was only looking at Samsung or Intel because they consistently make good drivers for Linux. All my previous experiences, Samsung has been cheaper-per-GB on comparable architectures. For the first time, Intel was. The Ubuntu install was painless and I have yet to run into a single hiccup in terms of compatibility, performance, or reliability. But imagine my surprise when I pull it up in Disks tool of Ubuntu and see that it actually has the full 256GB (256,060,514,304 Bytes, to be exact). I've gotten so used to Samsung drives missing a noticeable chunk of space (3-30GB) for one reason or another. So color me impressed. It is quick too. I'll post benchmark numbers at the end of this review, but from a more human perspective, I press the power button and I have Vivaldi open 5 seconds later, with 3 of those seconds being BIOS operations (I cheated a little, and turned off the password screen to eliminate my comparatively slow fingers). The only thing I can say against it is that one of the side mounting screws holes wasn't tapped quite right - the other three were perfect. You could get the first few threads in, but it started fighting you after that. I was just careful, just turning the screw a little deeper, backing out, turning a little deeper, and used the screw itself to clean up the taps. Everything mounted just fine in the end. The messed up threads probably had something to do with the really thin aluminum Intel used. I'm not worried about it though. No computers actually use their SSD/HDD for structural support - it is the other way around, really - and if they do, you need to find yourself a different computer. All in all, Samsung needs to watch out. This Intel drive was a bit of a revelation: fast, works with Linux without any hacking, actually has the full amount of space advertised, AND it was the cheaper option. Benchmark of Intel 545s SSD Ubuntu 14.04, using the benchmarking tool built into Ubuntu Sample Size: 10.0MiB (10,485,760 bytes) Average Read Speed: 514.8 MB/s (100 samples) Average Write Speed: 438.8MB/s (100 samples) Average Access Time: 0.08 msec (1000 sampels)

Pros: I bought this SSD because it’s made by Intel and my motherboard is to. I can’t believe how fast this drive is. With a stopwatch it takes 8.6 seconds to get to the desktop and ready to go everything running including wireless adapter. I’m running legit Windows 7 Ultimate with 8gb ram and a Core 2 Duo 2.8ghz processor I will buy again no question asked. Thanks Intel for making a great product

Overall Review: I will buy another to replace my other SSD as this is way faster. I use a Orico stand alone Doc/cloning box that copies the drive bit for bit so it’s exactly like the one you took out. So with that said you now have the ultimate backup in a worse case scenario. It takes an hour to complete and all it takes is push a button and walk away

Pros: Love it, went from old sata2 hdd to this as boot. Boots in under 20 seconds and ready to go. I dont mind turning my computer off now.

Cons: nothing I have come across yet.

Overall Review: Overall a great drive, coming from an 850 pro ssd and its only a little bit slower (don't know the exact numbers just goin off of what I see daily) got it on sale for a great price and glad I chose this ssd over Samsung and Western Digital, 5 year warranty sold it for me when comparing the 3 drives

Pros: Slapped it in and performed a clean install of windows 10 on a 5 year old Acer laptop. Boots in less than 5 seconds. First ssd I've worked with and everything I'd heard about them is true. Fast and quiet. Very pleased.

Cons: I didn't buy two? My laptop has an additional drive bay and I'd like to fill it.

Pros: Fast boot up in about ~20 seconds

Pros: I had a great experience purchasing this SSD. Great investment & exactly what my desktop needed to perform to my standards!! It also came sooner than I expected, it only took 2 days! Ordered this on a Thursday & received on Saturday. The set up was simple. I changed this to my boot drive, transferred my important files & programs with ease. I was able to accomplish this all on my own within a few hours. Highly recommend this awesome product to boost your PC's performance!!

Cons: I've had no issues