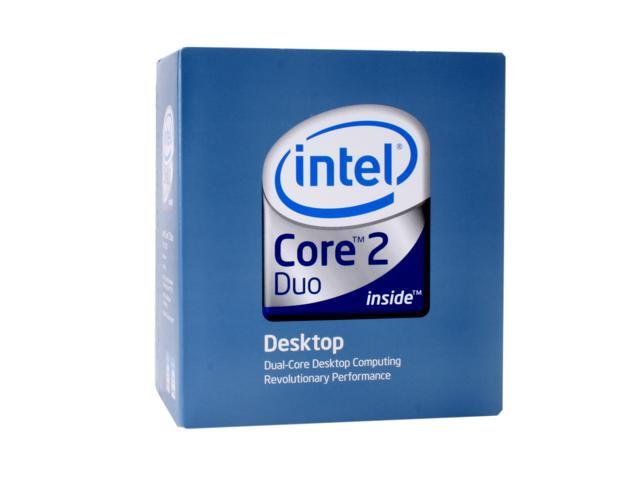 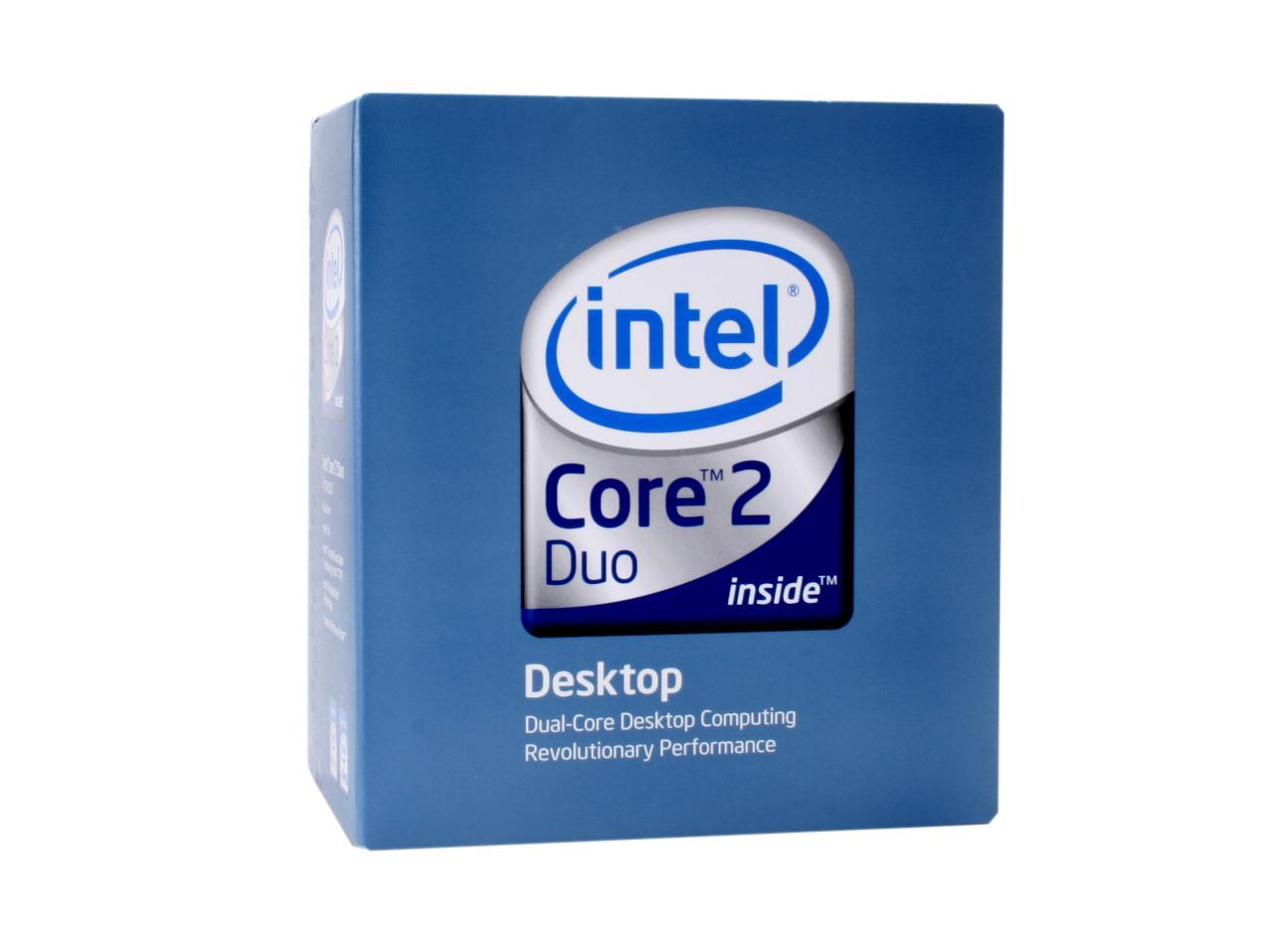 Pros: Just passed 5 years 8x400 @3.2 and stock voltage 42K hours on the excellent stock Sanyo Denki fan, one of the best you can get. Idle temps remain around 82F and peak at 130F

Overall Review: Stock heatsink and fan with AC applied works great so those who complain must have done something wrong. Abit IP35 pro Mushkin 4-5-4-11 @800, rock solid and stable. Corsair 650 professional

Pros: Handles data like no tomorrow. Was actually going to wait till I did some more stress tests to post a review, but felt what I had in the Con area was worth getting out there. It may help others make a more informed decision.

Overall Review: Don't get me wrong, I'm happy with this processor, hence my high rating. And I only plan on a moderate OC, so this processor is definitely going to work for me. But I get the feeling I'd be happy with another version of this processor that has a lower initial FSB and a higher multiplier. I'd prefer the CPU run faster more than increasing the FSB so much. E6600 is what I think I should have gotten, and ironically what I was originally going to get... Considering the price I paid was so close the the E6600 when I initially got it... its a bit cheaper now, and much closer in price to the E6420... Oh well. Now YOU know. Love Newegg. Did a complete build, all parts delivered in great shape, no complaints whatsoever on Newegg.

Pros: Runs really cool overclocked to 3.2Ghz. It idles at ~32 and under load only hits ~47. Also does 3.2 at default voltage. Probably helps that it is cooled by a Tuniq tower though.

Pros: I got this CPU about a week ago hoping to get a few free GigaJams out of it, and boy was I surprised. The OC'ing sites on the interweb dont do it justice. I hit 3.74GHz (8x466, 2.4x fsb) with stock cooling. It's runs perfectly stable and never gets over about 50C. As for the price/performance - This will be a legend greater than the Celeron 300A from 1999.

Pros: Runs amazing cool even overclocking it on air to 3.0GHz. Quieter than an AMD CPU i have owned. Out performs even my expectations when running 3D Mark03 or 3D Mark05. Price/performance has it as one of the best procs out there right now. Overclocking is a piece of cake and with dual bios don't have to worry about not being able to reset or fix settings.

Cons: Have to snap heatsink into board...felt like I was gonna split the board into two pieces, but if all Intel heatsinks are like this then I will get used to it.

Overall Review: If you have the money and are looking for a top of the line proc for gaming or for multi tasking...this is the one for you. Specs: Rosewill 650 PSU, 2gigs of G-Skill DDR2 800(running 900 with proc overclocked to 3.0GHz) EVGA 8600 GT video card, Gigabyte P35 mobo.

Pros: The processor itself is awesome. I don't understand how this processor can be better than the 2.4GHz but significantly less expensive, but that seems to be the case. Get it while it's hot! This, combined with 4 gigs of RAM and my EVGA 8800GTS 640MB video card plays Crysis like a dream, completely on high settings, on Windows XP.

Cons: The fan's locks are pretty horrible. I got like, two, maybe two and a half of the four to work and lock in place. I was still able to lock it on pretty steadily onto my motherboard with only 2 locks, but this makes me very, very nervous, and I'm somewhat worried that at some point in time down the road it's going to fall off and ruin everything.

Overall Review: I'm giving this 5 eggs despite the horrible fan. If you own a better fan, I'd definitely use it instead of this one. The fan itself is quiet and great, but the locks really make this horrible. If I were rating the fan I'd give it a 2, as a result of the shoddy locks. Beware!

Pros: Wow.. Insanely powerful CPU. Just recieved mine about 2 weeks ago.(Superfast shipping thanks to newegg) Just stock this thing is able to handle anything you throw at it. I bought a new thermatake heatsink for it (only needed if you plan on doing a good amount of overclocking.) The stock heatsink works well untill you try to oc past 3.3.. after that it may heat up a good bit.

Pros: Runs cool even when benchmarking / testing at 100% both cores. OC'd to 3.2 GHz with only a few degree increase, so small hard to be sure that my office ambient temps didn't change!